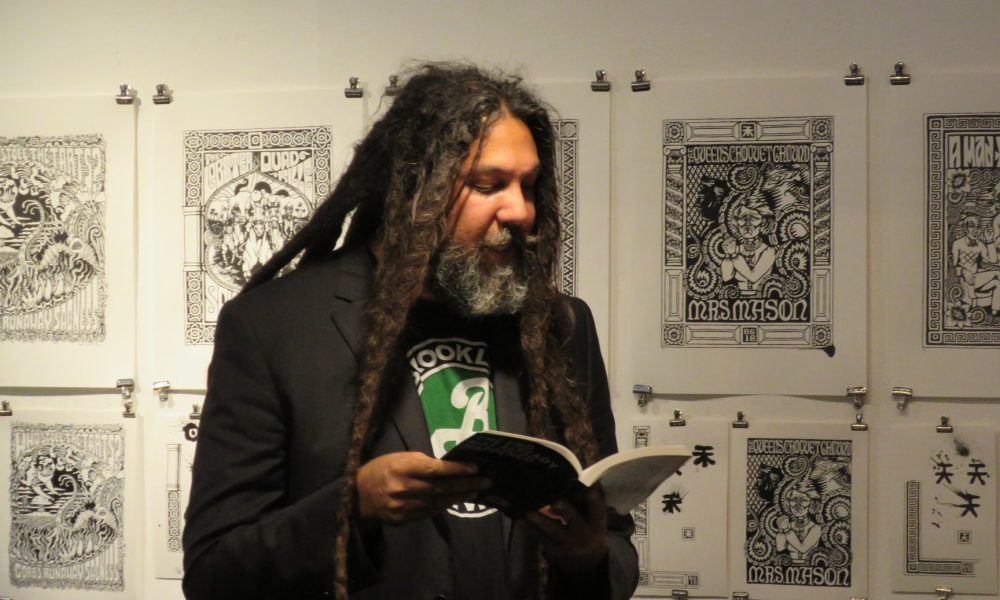 Today we’d like to introduce you to J. Martin Strangeweather.

J. Martin, please share your story with us. How did you get to where you are today?
I wear many hats: painter, sculptor, novelist, poet, teacher, and philosopher. I’ve been called a sage, but I prefer to think of myself as a mad scientist experimenting with language and expression. Like Salvador Dali famously said: “The only difference between me and a madman is that I am not mad.” I’ve also been called an alien, a time traveler, and a lizard man. This might have something to do with the fact that from 2001 to 2007, I wrote my own encyclopedia concerning the subject of time. The in-depth exploration spans 1000+ pages. I don’t intend to ever publish it, though intriguing bits and pieces have found their way into my novels.

During my stint at U.C. Irvine, I was fortunate enough to be on a panel that assisted world-renowned quantum theorist Jeffrey Barrett in solving the mystery underlying Heisenberg’s uncertainty principle by translating its collapse dynamics into the branching dynamics of Hugh Everett’s theory of the universal wave function, which led to the many worlds interpretation of quantum mechanics and other bizarre theories. This had a profound impact on my understanding of metaphysics, forever altering the course of my writing.

We’re always bombarded by how great it is to pursue your passion, etc – but we’ve spoken with enough people to know that it’s not always easy. Overall, would you say things have been easy for you?
The road hasn’t been smooth. I’ve dealt with racism at U.C. Irvine, classism in Orange County’s literary circles, factionalism among Santa Ana’s art scene, and ageism throughout the publishing world, but I never expected things to be easy, and thanks to my extensive travels around the globe, I’m well aware that I’ve had an easier time than most.

We’d love to hear more about your work and what you are currently focused on. What else should we know?
After graduating from U.C. Irvine’s MFA program in English and creative writing (earning additional degrees in philosophy and art history along the way), I began developing a writing style based on my research of mediatized realism, a term I coined myself. Mediatized realism is akin to surrealism and magical realism, but with a distinctly North American twist. Whereas surrealism comes from Europe and focuses on the unsettling manifestations of the subconscious in our conscious world, and magical realism hails from Latin America and explores the collective manners in which the subconscious becomes matter-of-factly solidified in the conscious world, mediatized realism is centered on the methods and strategies by which we (i.e., mass media) very consciously refashion the subconscious landscape.

Despite everything I’ve just said, I’d like to think my novels are humorous. They’re heady and strange, no doubt about that, but they’re also funny. My first novel, Gorb in the Schizocratic Linguiverse (published in 2018), is a hallucinatory rollercoaster ride through the minds of various outlandish characters, narrated by a psychic hive-minded alien named Gorb. There’s a trick or treat on every page! My second novel, Electric Zen for Neon Koans, is currently in the hands of several agents and publishers, but this isn’t the greatest time to get a book published. We’ll see what happens. Lately, I’ve been working on something big, really big, so big the word big isn’t big enough to adequately describe it. I’ll only offer this one cryptic hint: my latest project explores the subject of eidetic hodology.

So, what’s next? Any big plans?
I was born and raised in Santa Ana. Over the years, I’ve witnessed my hometown gentrify into a thriving art community, and then the pandemic happened. Santa Ana’s literary scene is still in a fledgling state. We have LibroMobile (a miniature bookshop dedicated to supporting local poets and authors), the Makara Center for the Arts (which is rarely open), and a yearly literary event called Boca de Oro which is hosted by the Santa Ana Business Council, but other than that, the literary scene here is sparse. Reading actual literature, in general, has gotten a bad rap lately. Between Twitter and Instagram and Facebook and YouTube and Netflix and HBO Max and Cartoon Network and ABC and NBC and the latest breakout video game, who has time to read a book? But how else are we to gain the insights (not to mention the attention span) necessary to combat the anti-intellectual (anti-rational) disposition lurking behind so many of our problems nowadays? Literature fosters empathy and develops the capacity for critical assessment. Literature empowers. It tears down walls and beats swords into plowshares.

Okay, I got a little preachy there for a moment, but once the dust settles from all this political/racial turbulence, we’ll need to start rebuilding a better society from the soul on up. Which brings me to the Santa Ana Literary Association. Earlier this year, the Fourth of July to be exact, I gathered a small group of writers/teachers/activists from the local scene and founded the Santa Ana Literary Association (S.A.L.A.). Our mission is simply to promote the literary arts throughout the city of Santa Ana. We curate a page on Facebook where Santaneros/Santaneras (and anyone else) may post poems, stories, songs, book reviews, articles pertaining to literature, information regarding published works and upcoming literary events, seek advice regarding the writing process, the publishing process, and local literary programs, and even ask questions regarding the proper usage of grammar. S.A.L.A. hosts a book club that meets once a month at various locations throughout Santa Ana, and we’re in the planning stages of starting a poetry slam and literary showdown called the Santa Ana Fight Club, or something like that. 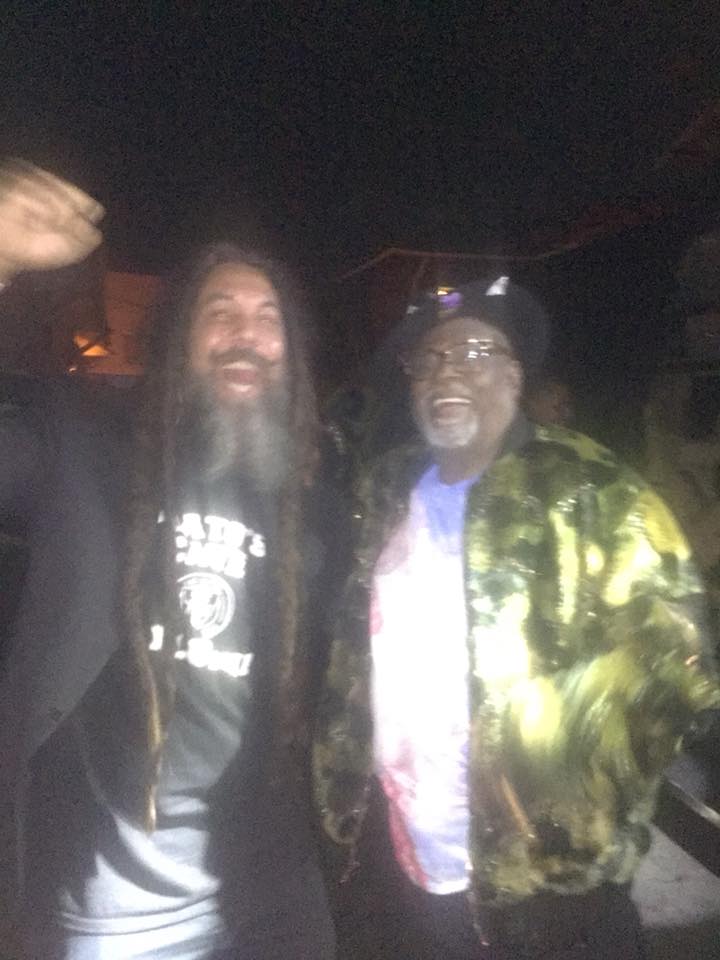 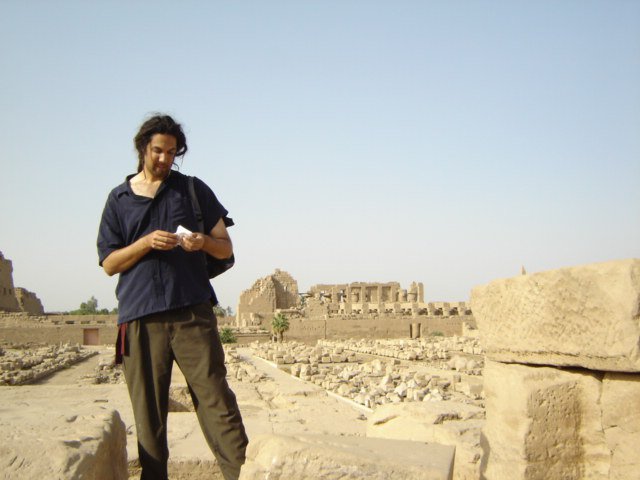 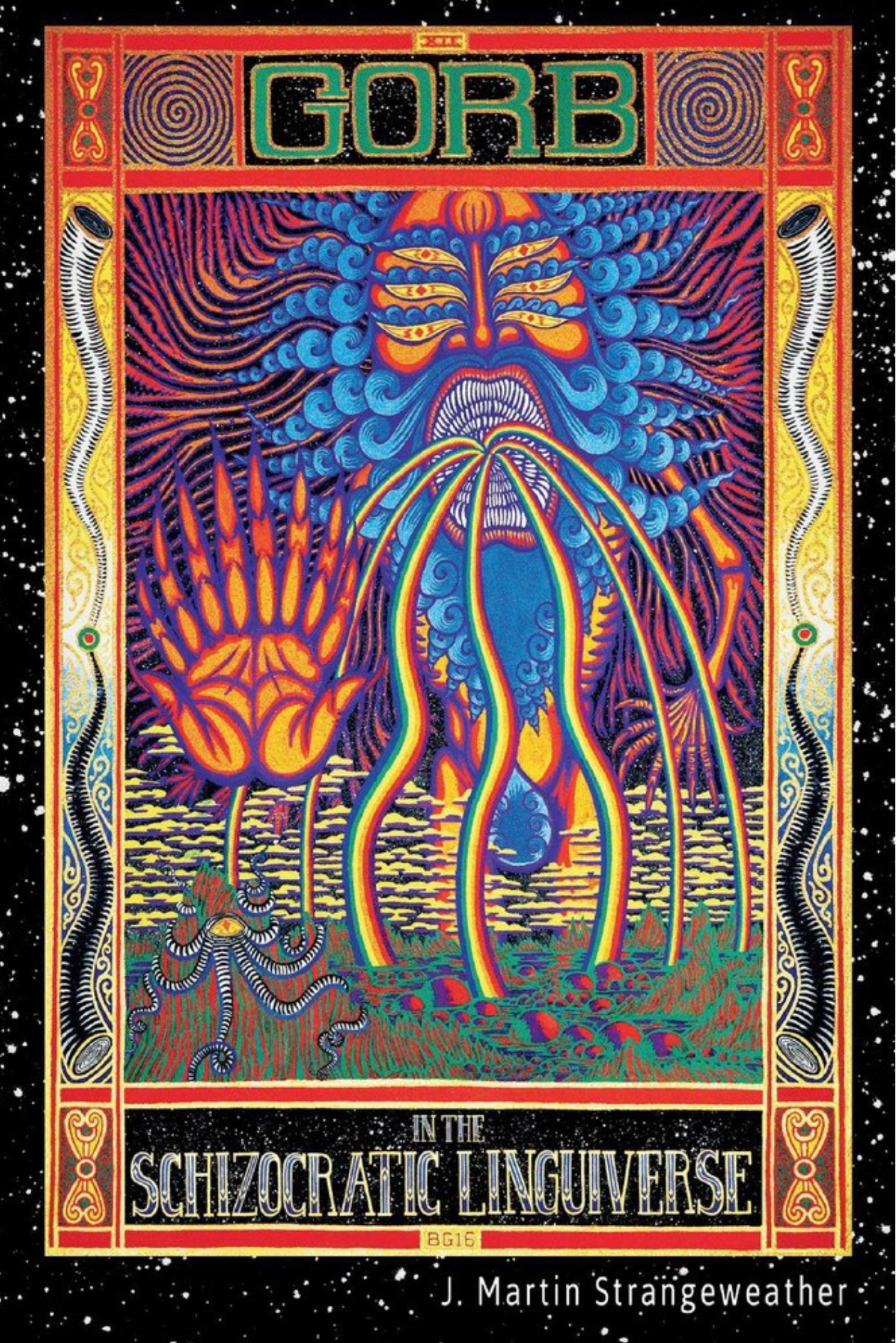 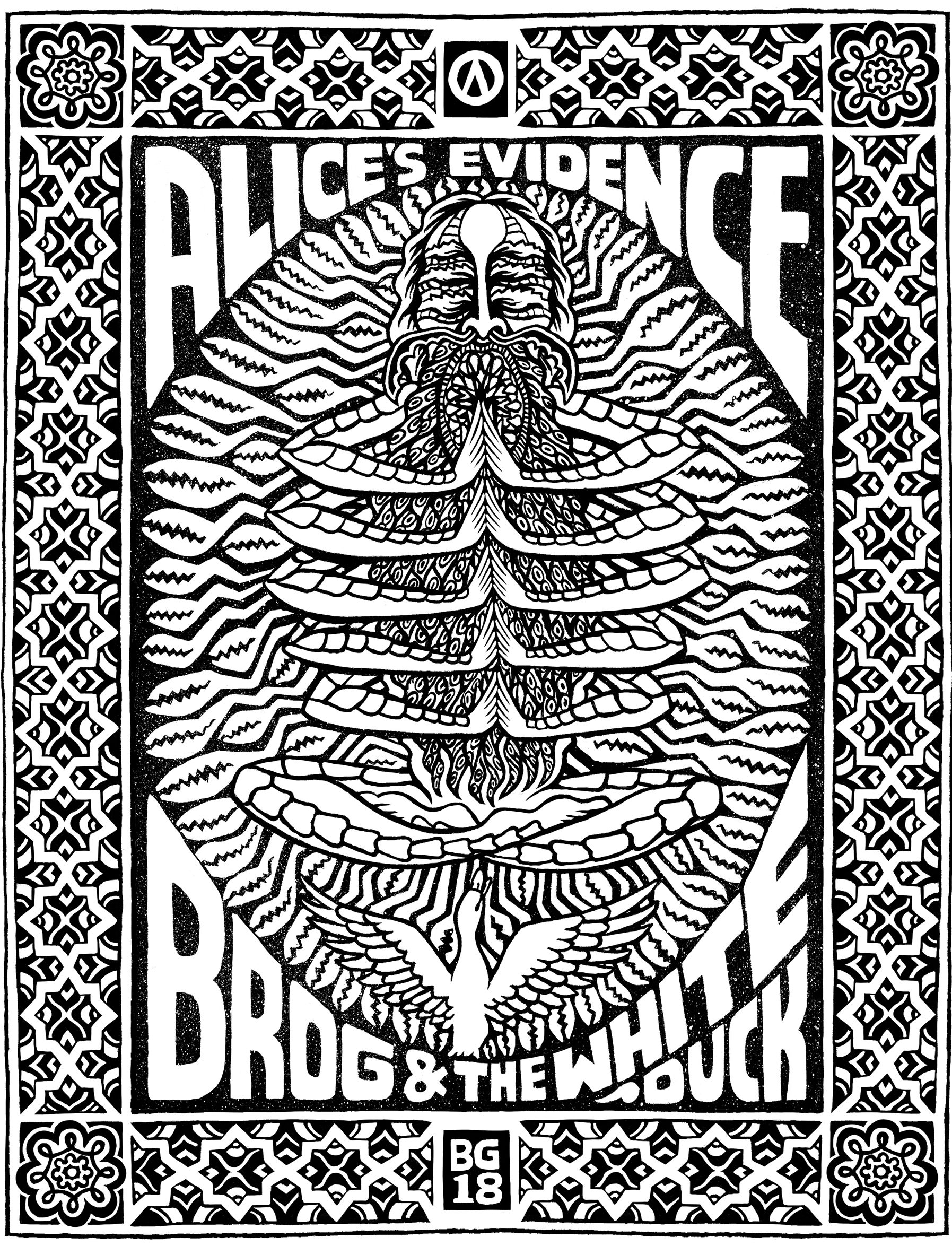 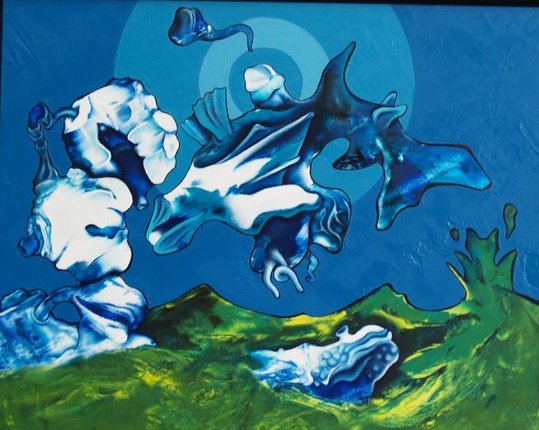 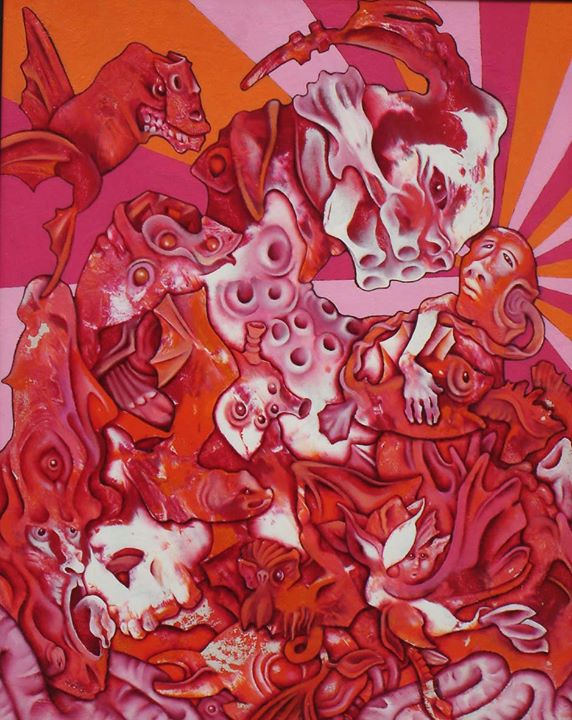 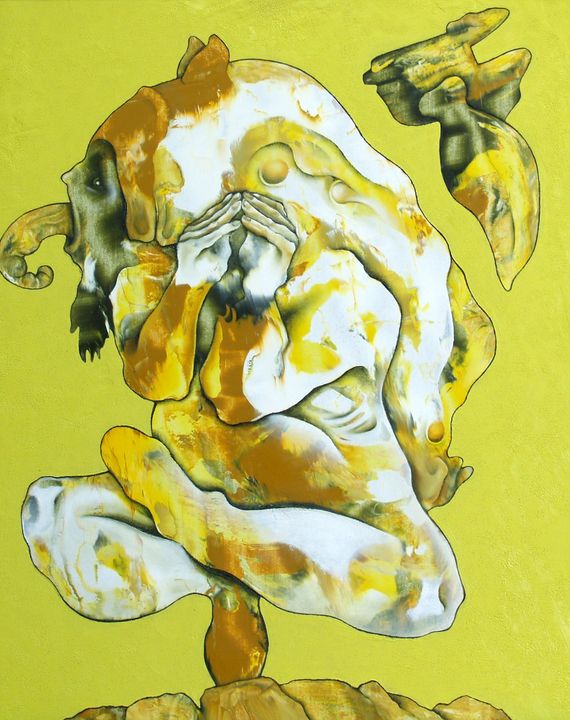