Today we’d like to introduce you to The Idiot Chimney, Gabe Greenspan and Ryan Bowers.

Every creative has a unique story. Can you briefly walk us through yours?
We met at Yale University while both studying theater. We were put in the same sketch comedy group freshman year and became fast friends. After collaborating on a Pokemon “Mew-sical” sophomore year, we realized our comedic voices were incredibly complimentary. So, after we graduated, we both moved to LA and have been pursuing comedy as “The Idiot Chimney” ever since.

Moving out to LA with your friend and comedy partner is a bold move. Tell us more about The Idiot Chimney – what should we know?
We do sketch comedy, which if you’ve literally never of it, is written scenes with a comedic build. Our specific style is fast-paced, punchy, and trades on a deranged dedication to perfecting really stupid ideas. For example, we wrote a sketch where the main joke is one character keeps getting repeatedly stabbed. However, because we decided to set it in Shakespeare’s time, we spent three hours writing a frame for it in actual iambic pentameter.

Every sketch we write will have input from both of us, though for any given sketch the brunt of the writing could come from either. Sketch comedy can be very formulaic, so one thing we always try to do with our work is in some way diverge from what we’ve seen before. How we achieve that could be anything from two soldiers caught in a Chinese finger trap to two surfer bros postulating on 4th dimensionality.

Given everything that is going on in the world today, do you think the role of artists has changed? How do local, national or international events and issues affect your comedy?
As comedians, it’s become kind of common to say “you can’t say anything” in light of the world’s…complete chaos? Something we’ve always felt, though, is that with live comedy you can’t separate yourself from what’s on the audience’s mind. For example: the new show we just debuted at UCB is about us performing for a fictional SNL scout who is supposedly in attendance, and we were writing it at the time that the Shane Gillis scandal broke. We knew that there was no way to bring up SNL in the midst of that without addressing it, so we had to incorporate it into the script. We didn’t directly name him, but it’s kind of a wink to the audience that just says “We’re living in this hell, too. Let’s laugh through it.” Those little reassurances can go a long way towards absolving the guilt people can feel about laughing in such a fraught time.

How or where can people see your work? How can people support your work?
We have a Youtube channel, which is how we got started when we first moved to LA. We have a catalog of videos there, ranging from sketches to songs to stand-up.

We also perform regularly around Los Angeles. Recently, we had a 5-month run at UCB and before that, a number of shows at the Comedy Central Stage.

As for supporting our work, follow us on any of our social media accounts (all found under @theidiotchimney) or subscribe to our YouTube channel. Also, bring your friends to our shows! 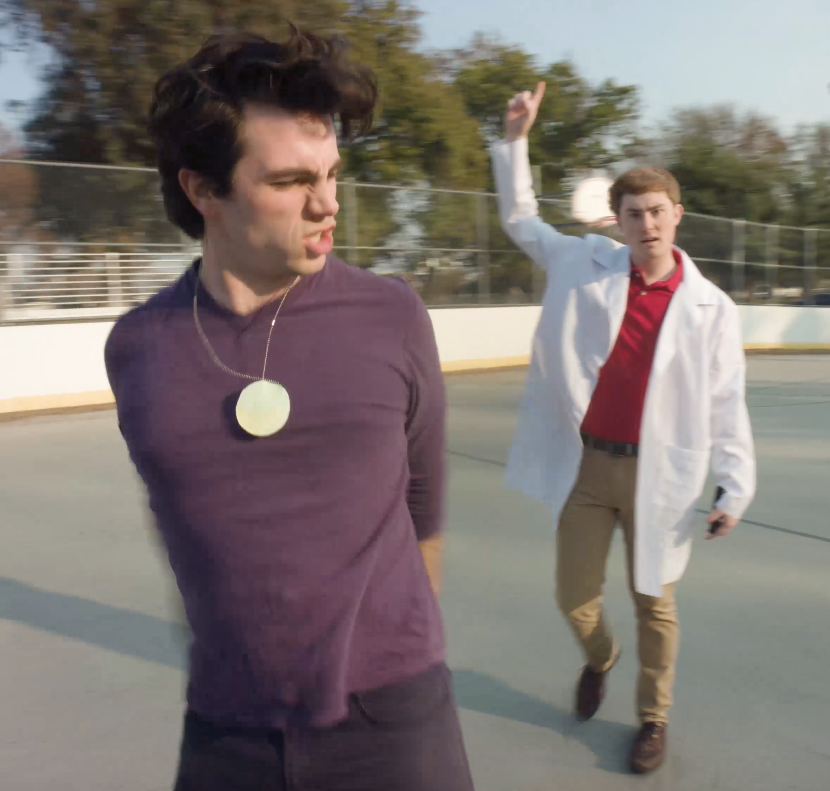