Meet Ian Stahl of Innovation Out Loud in Pasadena 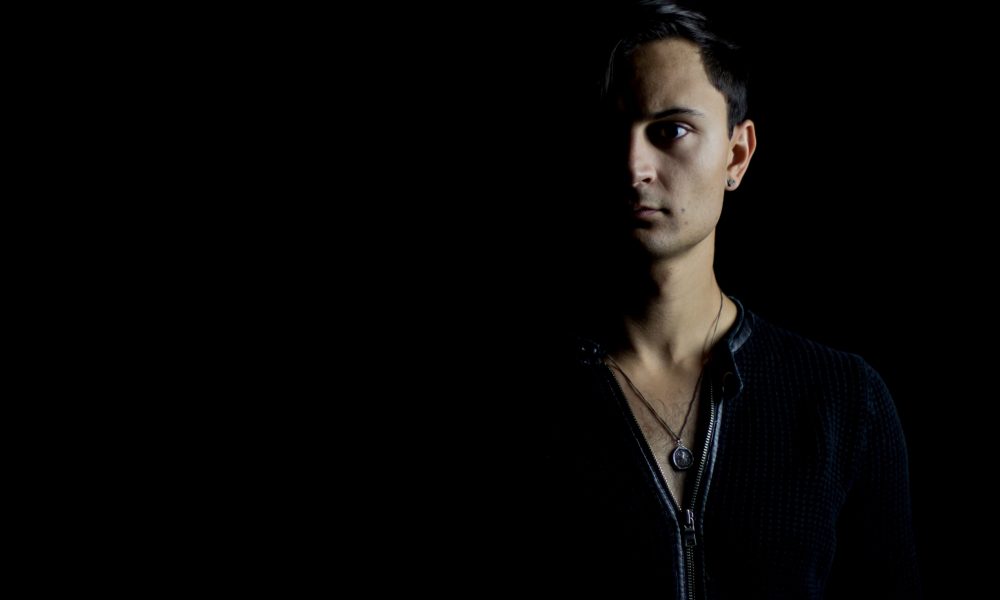 Today we’d like to introduce you to Ian Stahl.

Thanks for sharing your story with us Ian. So, let’s start at the beginning and we can move on from there.
Most musicians I know frequently work with other artists, and I am no different. I love collaborating and lending my voice to other’s projects. Innovation Out Loud was formed in 2015 to provide recording engineering, composing, and production services for multimedia projects ranging from films and theater productions to podcasts and VR experiences.

I began recording and producing other bands back in Amherst, MA, around 2011. Recording started out as a fun way to get ideas down and quickly spiraled out of control. I really got the bug when my friend and mentor, Jason Robinson, took me as a videographer down to Brooklyn to video his recording session at Systems 2. Since the 70’s, the Marciano’s have worked with some of the biggest names in the music industry, and I got to see them and their amazing gear at work. They had John Coltrane’s favorite sax microphone, the Steinway from Carnegie Hall; everything in that building had a story. An even more amazing aspect of that experience was that I got to see how records were made – from the writing and editing of the pieces to rehearsals, recording sessions, and the tour that follows. Jason was very open about the whole process and I’m still very thankful to this day.

Alongside building my skills as an instrumentalist, vocalist, and composer, I started interning at Northfire Recording studios. There, I learned some foundational skills and etiquette for working in studios. My favorite piece of advice was “KYFSM” – keep your f*cking mouth shut, a skill that I still am honing to this day! But in all seriousness, that was a valuable lesson. When you stop talking, you listen. You listen to what the artist is trying to achieve, how the engineer is translating the artist’s wishes into sound, and how songs go from ideas to finished products.

Flash forward to Los Angeles. While attending the Performing-Composer program at CalArts, I continued to take every recording technology class I could and practically lived in the on-campus recording studios. During my final semester, I interned at Kingsize Soundlabs in Eagle Rock. This remains my favorite recording studio in town – it has a great vibe and a 32 channel Neve 8068 that blesses everything it touches. Some legendary musicians have used that board, and I swear that there must be some lingering juju within the console. In addition to working with my own band, Cilience, in that studio, I’ve assisted and engineered on many others.

We’re always bombarded by how great it is to pursue your passion, etc – but we’ve spoken with enough people to know that it’s not always easy. Overall, would you say things have been easy for you?
Nothing in life worth doing is easy. Though there have been plenty of rough spots – and I’m sure there’s more to come – I’ve enjoyed every step of the way. I try to find ways to constantly learn and better myself. Moving to California back in 2015 was like hitting the reset button; I knew no one and had no connections. CalArts helped me find other like-minded artists and start working on different projects, many of which tied into IOL. I love Los Angeles because of all the talented, creative folks that are excited to do what they love. There’s no limit to what you can achieve and it definitely takes a team.

Please tell us about Innovation Out Loud.
Innovation Out Loud creates music for interdisciplinary collaborations. I provide musical services – composing original music, or recording engineering on existing music – for different performing or visual artists, but I also record and produce other musicians as well. This idea took shape while working on a few different dance pieces with Amherst College faculty members throughout 2014-2015. While at CalArts (2015-18), I continued working with dancers, filmmakers, visual artists and theater makers to sharpen this multimedia synesthesia. There are a few pieces that cross disciplinary boundaries and seek out new kinds of collaborations a few of my recent favorites were scoring Love Gasoline! by Stacy Dawson Stearns, featured in the Edinburgh Fringe Festival (UK) and the REDCAT N.O.W. Festival, Man Down by Hannah Trujillo which also was in the Edinburgh Fringe, and Fear House 360, by Stacy and Jonathon Stearns, an immersive haunted house experienced via VR goggles.

Has luck played a meaningful role in your life and business?
There’s always a bit of “luck” involved in everything, but I also believe we make our own. Getting your foot in the proverbial door isn’t enough; you need to be ready (enough) for when those doors start opening. There’s always more to learn, especially with the technology advancing so quickly, but I do feel lucky that I’ve been able to tie together my passion for music technology with the performance and composing side. I’ve found many different opportunities to keep stretching and trying new things. 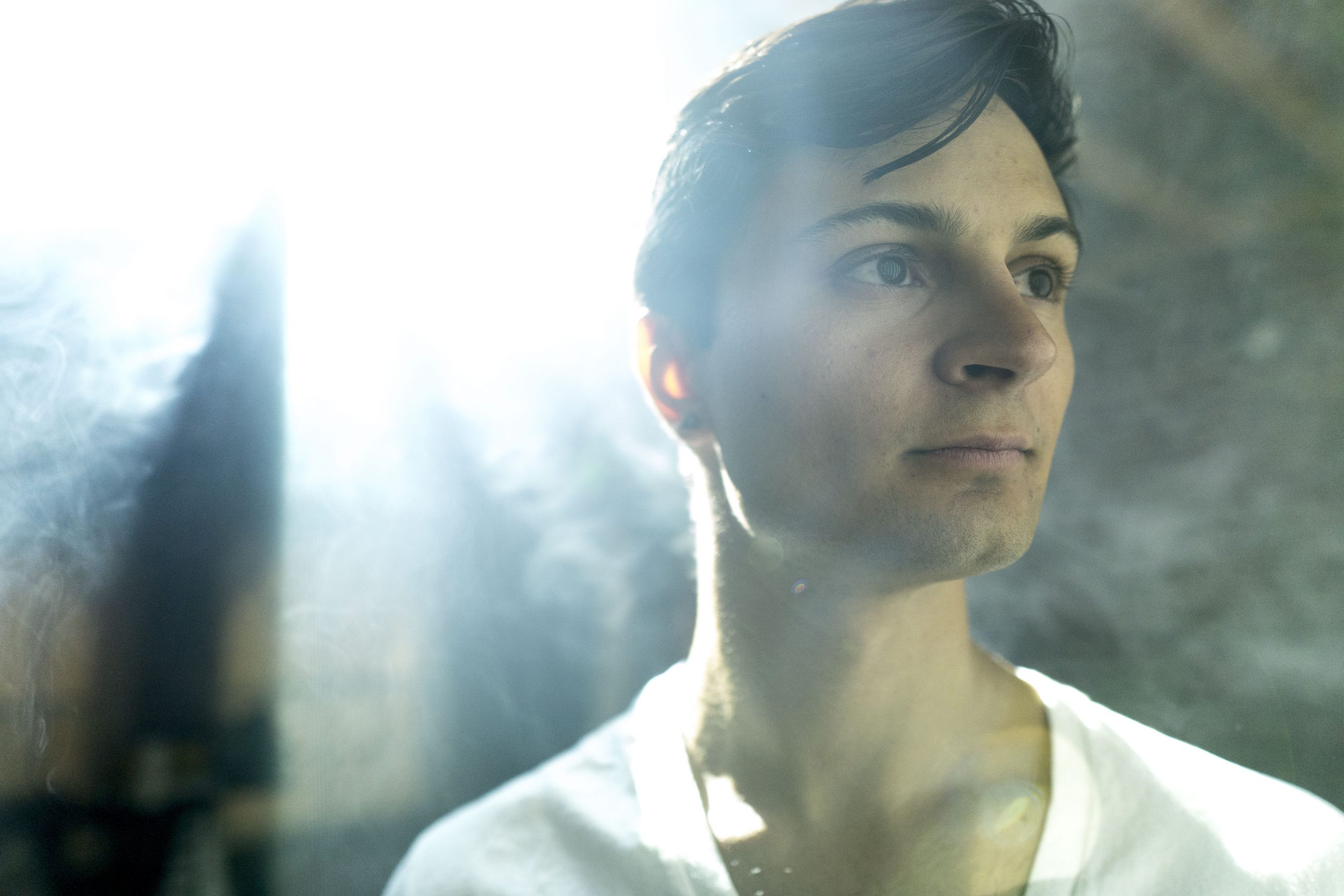 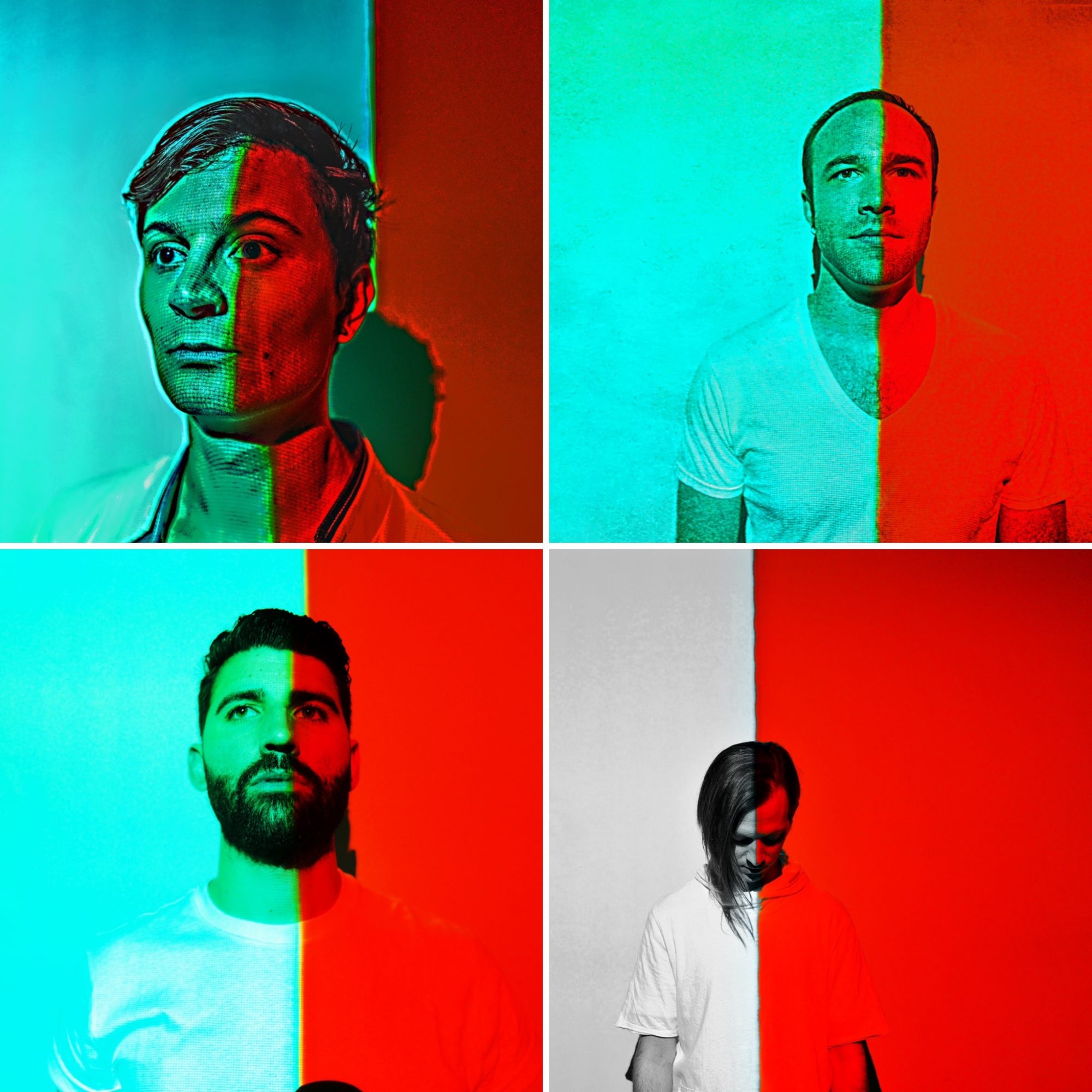 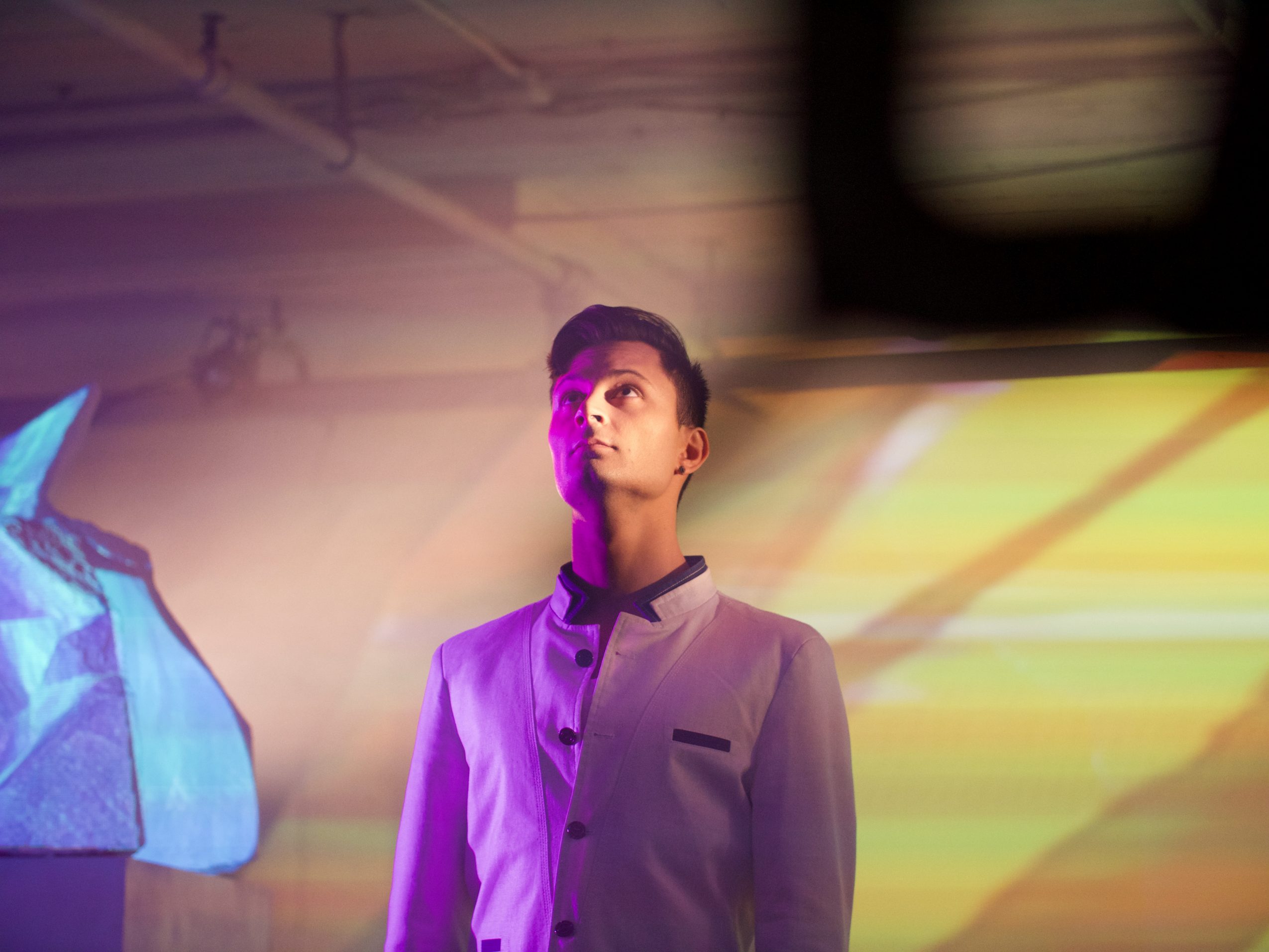 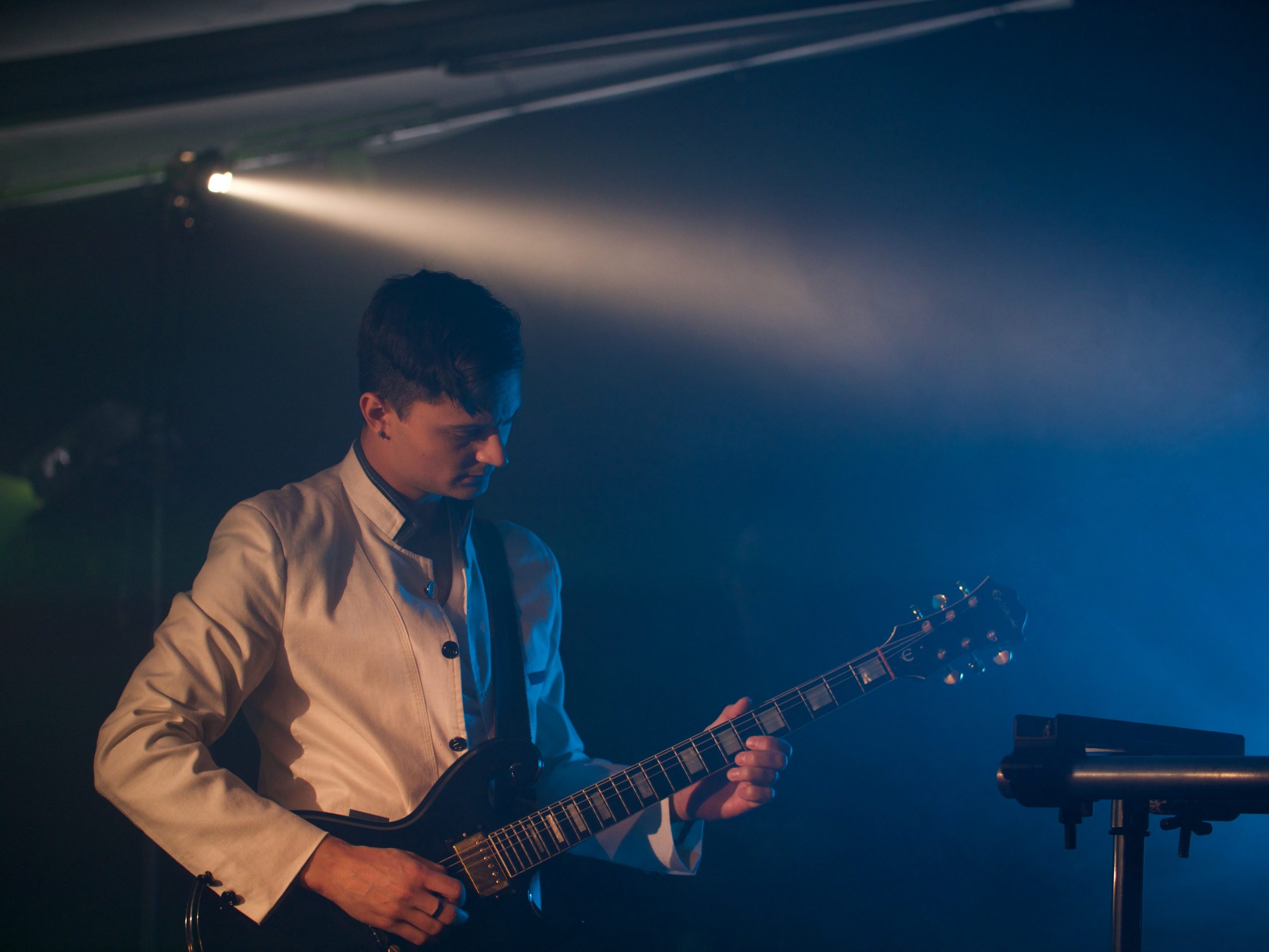