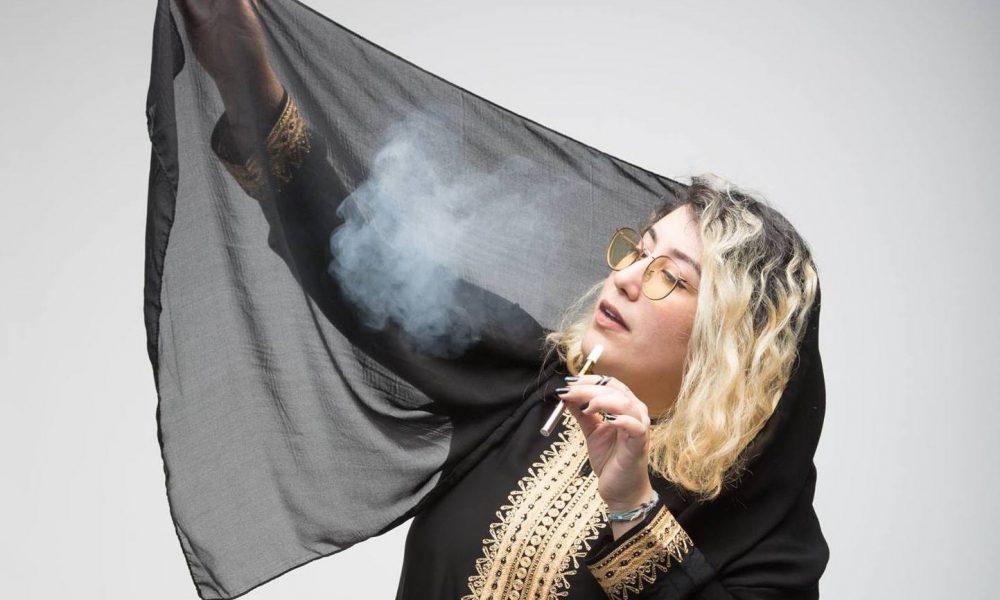 Today we’d like to introduce you to Anna Hossnieh.

Anna, please share your story with us. How did you get to where you are today?
I started my comedy producing career in Los Angeles by producing live shows on the east side of LA. I started out with the variety show Victory Lap at The Virgil with Sharon Eisman, who brought me on to help her and who soon became my co-producer on a few shows. That lead me to meeting a lot of people including Sam Varela who was another live comedy producer around town. She handed off her show Comedy Palace to me, which was a weekly Thursday night show in the attic of The Palace restaurant (RIP) in Los Feliz. It was a huge step for me and it taught me how to maintain booking comedians consistently for about two years. It was a really exciting time as well cause so many new talented comics were popping up and it was amazing to watch folk grow in their craft.

From there, I started producing multiple shows like Tinkle Twins with Arden Myrin and Dana Gould, Baked with Brendon Small and Steve Agee, an earlier version of a show I currently do with Josh Fadem and Johnny Pemberton (Kiss My Ass), and many more. I was at one point producing and booking about ten shows which was a lot but really helped me meet people and understand the live comedy show environment. I also made little to no money, so I just had to keep my head down and do the work and hope for the best. I believe all that work is what got me to where I am today.

I got into podcasting when I met David Huntsberger, who brought me on to intern for his podcast Professor Blastoff on Earwolf. I learned a lot from that world so when Arden Myrin asked me to produce a podcast for her about The Bachelor franchise (Will You Accept This Rose?) I felt I was ready. From there comedian Teresa Lee recommended me to her colleagues at Cracked.com to be the talent producer for the Cracked Podcast. That is where I met Jack O’Brien, the editor-in-chief and host of the Cracked Podcast. He really believed in the work I did and I owe him a lot for trusting me and my producing abilities.

When he decided to leave Cracked to start the comedy division of the HowStuffWorks podcast network, he took me with him to be his first employee. From there we built out the network and made it what it is today. While this was all happening, I decided to start my own podcast with my co-host Shereen Younes, a Syrian-American woman who I had met in college. We wanted to do something we were passionate about and a topic you don’t really hear about on podcasts: the Middle East.

We wanted to do a fun but informative show about our backgrounds as children of immigrants and talk about news in the Middle East that just was covered or even cared about in the mainstream media. We started the show at Feral Audio (now Starburns) and then eventually moved it over to the HowStuffWorks network. This show is my pride and joy, and nothing makes me happier than when people of color and/or other minorities reach out to us to relate to our stories and tell us we’ve made them feel less alone. That’s all we have ever wanted, considering when we were growing up there was no medium that explored what, we ourselves, were going through.

We’re always bombarded by how great it is to pursue your passion, etc. – but we’ve spoken with enough people to know that it’s not always easy. Overall, would you say things have been easy for you?
It has not been the smoothest of rides. Los Angeles can be a hard city to thrive in when you’re trying to make a career in the arts. I produced a lot of live comedy shows for free. Every night I would go out in the hopes that it would lead to something. It was tough.

You deal with a lot of personalities, some who have no interest in you and the work you put in, and some who do truly care. I worked multiple day jobs to make enough money to survive, and there were days where I was exhausted and didn’t have the energy to make it to a show, but I felt I didn’t have a choice.

I knew a good producer showed up and did the work and I wanted people to know they could rely on me. It can be a very thankless job and sometimes it is hard to keep your head up. I could hear the voices of my immigrant parents in the back of my head telling me just to give up and go to law school. I really didn’t want to do that, so I knew I just had to keep going and doing the work.

We’d love to hear more about your business.
I work for the HowStuffWork/iHeartRadio podcast network as a producer and talent booker. I produce The Daily Zeitgeist, Nerdificent, Couples Therapy, and my own podcast Ethnically Ambiguous on the network. I even get to help produce The Ron Burgandy podcast which is an amazing opportunity.

I think the thing that I was drawn to was when the head of comedy Jack O’Brien told me ‘no more white men’ when we first met to discuss the job – I found it to be a very bold statement since, he himself, is a white man. He wanted to create a comedy division that had a myriad of hosts, from different backgrounds, who could bring their talents and interests to the table. That excited me.

The ability to bring in more women and people of color whose talent I had been admiring for years while producing comedy was really an amazing gift. I think we did a good job in bringing all these people together.

From my own show Ethnically Ambiguous with Shereen Younes and I to Culture Kings with Edgar Momplaisir and Jacquis Neal to Couples Therapy with Naomi Ekperigin and Andy Beckerman to Nerdificent with Dani Fernandez and Ify Nwadiwe, to even the Bechdel Cast with Jamie Loftus and Caitlin Durante, we wanted to invest in a lot of cool, talented voices and I think we accomplished that. They still impress me every day with their work. I love them!

What were you like growing up?
I was a weirdo who never really fit in well. I was raised by immigrant parents who came to America from Iran in the seventies. They weren’t very willing to let me live the normal American child upbringing. I wasn’t allowed to go over to friends homes or have sleepovers. I couldn’t watch certain films that everyone has seen (I still haven’t seen Back To The Future or The Princess Bride.) I couldn’t paint my nails or wear makeup. I wasn’t allowed to wear certain clothes that all the kids, I felt, got to wear. I felt like no one around me. I was deeply anxious about not fitting in and I think I internalized a lot of it.

There were no other Iranian-American kids in my school for a long time. I never saw anyone in the media who was anything like me that I could look up to, other than Christiane Amanpour, and even she was only half-Iranian. I was a loner, and I still kind of am to this day. As I got older, I learned to adapt and accept my upbringing for making me unique. It took awhile but I eventually got there. I do think it helped inform my work ethic a lot. I got used to being alone and entertaining myself. It made me very independent and comfortable with the quiet. I knew one day I would have the life I wanted so I just needed to be patient and do the work.

Yes as a child, being different is a nightmare, but now I’ve really learned to love it. That’s why I started my podcast Ethnically Ambiguous: for when you feel that nothing makes sense and the world is against you, you just have to remember that a lot more people than you realize actually relate to you. You’re not alone and it will eventually get better. 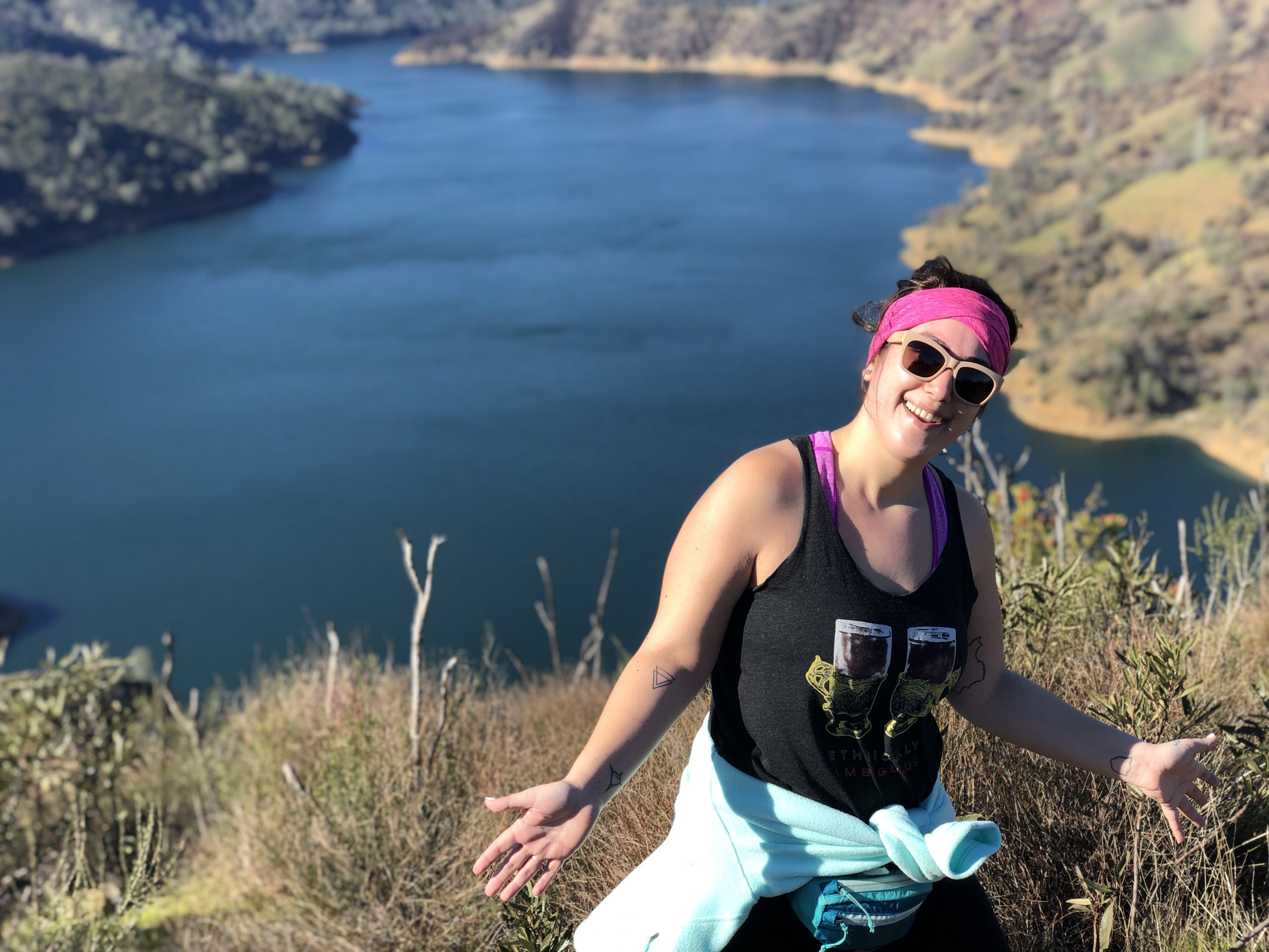 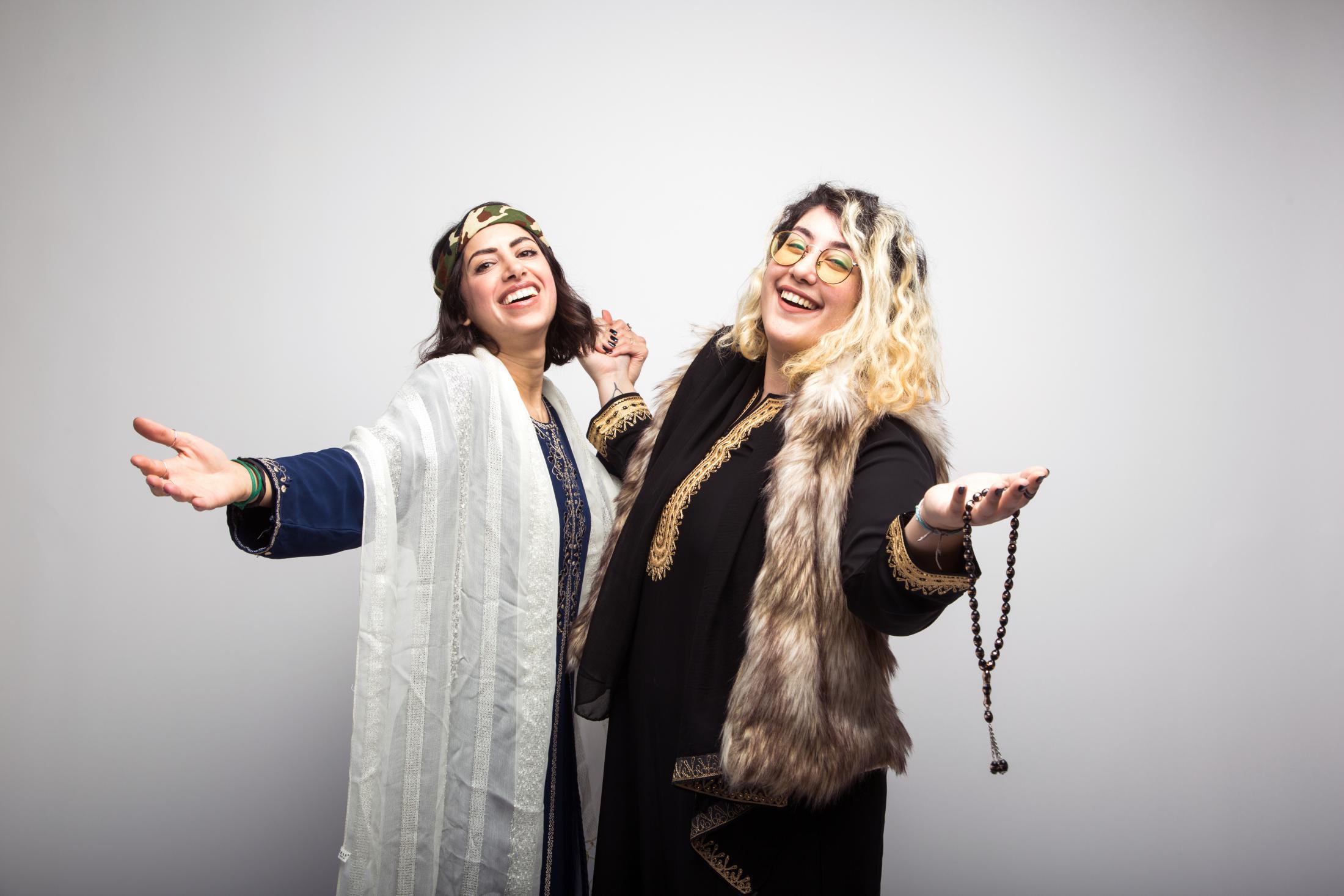 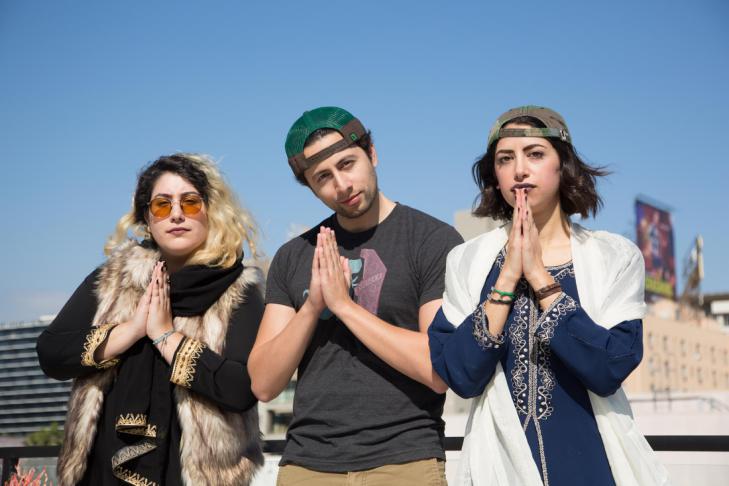 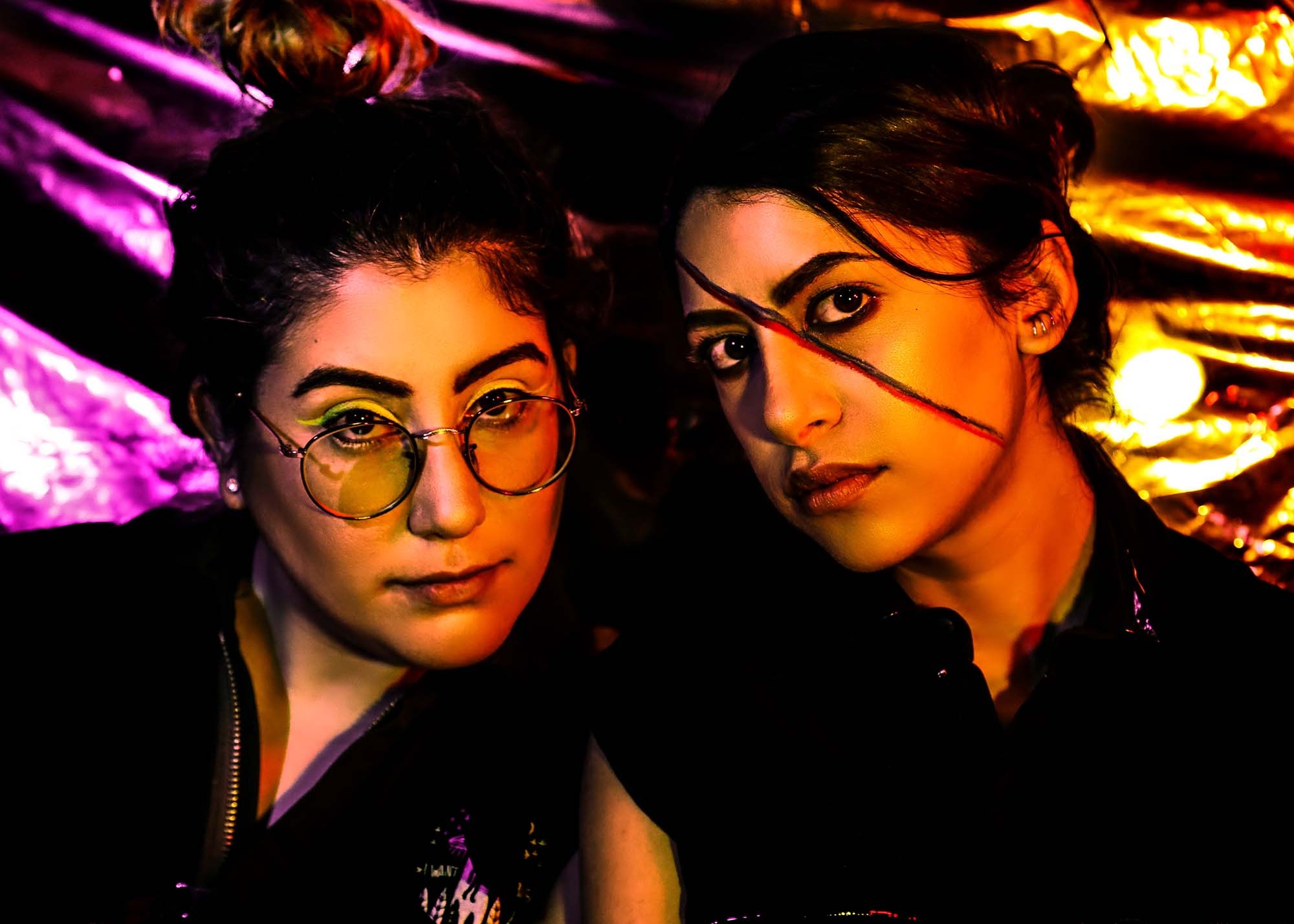 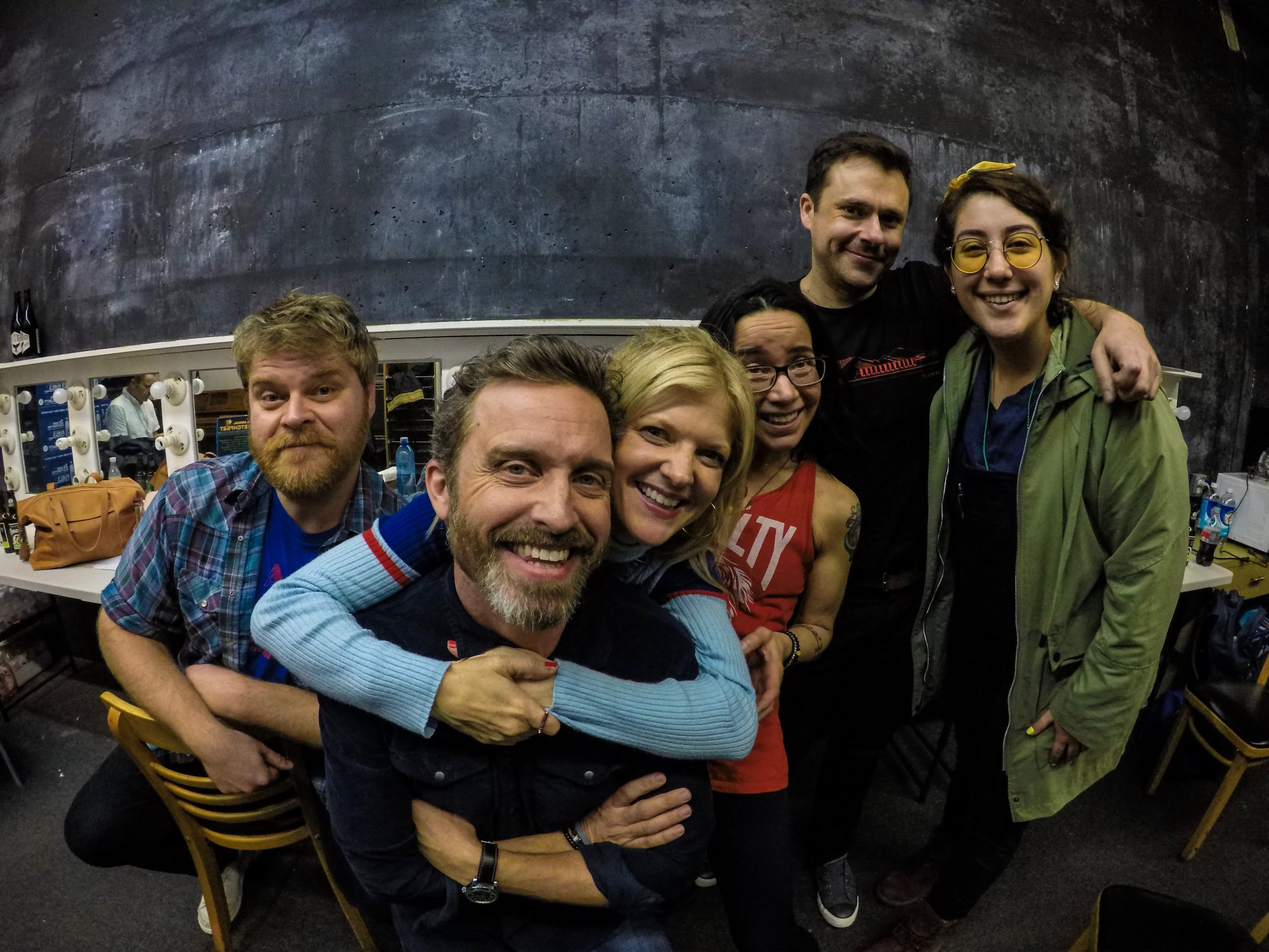 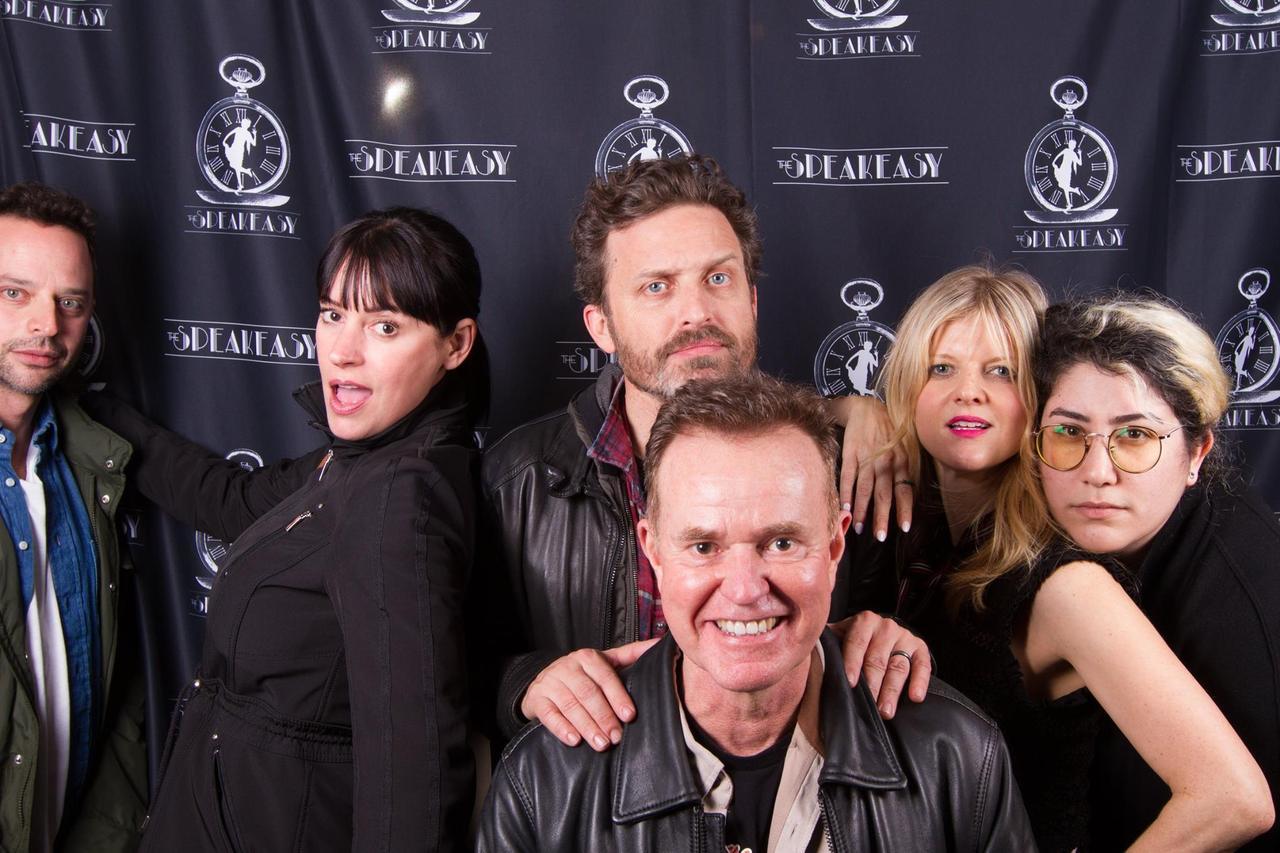