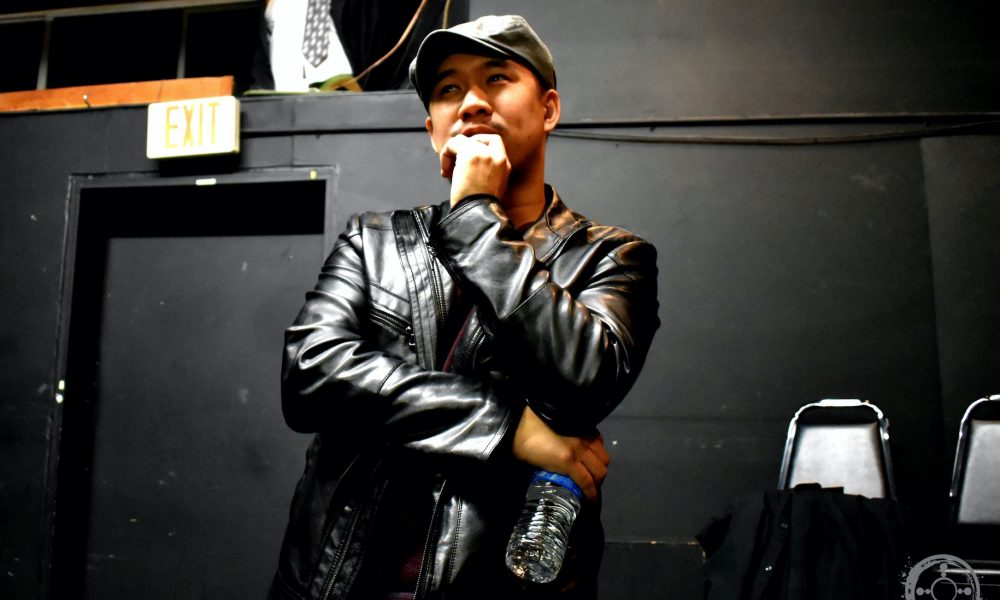 Today we’d like to introduce you to Howard Ho.

Howard, can you briefly walk us through your story – how you started and how you got to where you are today.
I’m a playwright, composer and sound designer for live theatre, and the theatre bug first bit me when I was cast in my sophomore-year high school musical. But I never studied theatre or pursued it professionally until about 12 years ago. I had been working in the corporate film industry, and I wanted a change of pace to do something more community-minded. That’s when I got a part-time job at East West Players (EWP), the nation’s longest running theatre of color. I grew up watching EWP shows, where so many famous performers had graced its stage; this was a big deal to me. It was there that I got a lot of support and inspiration, especially from the education director Marilyn Tokuda and the literary manager Jeff Liu. Marilyn would let me take part in an EWP student production as an actor, and it was during that production that I first offered up my services as a composer to the director, Leslie Ishii. That was my beginning as a professional sound designer and composer for theatre, and I have gone on to work on over 50 productions and have received two Ovation Award nominations.

Meanwhile, Jeff encouraged me to write plays, and so I joined a playwriting class that he ran where I would write my first play. For background, at UCLA, I was a reporter, columnist, and assistant editor for the Daily Bruin, and I had studied music history as my major and composed a lot in my spare time. Somewhere, I had the idea that I should combine my abilities, words and music, into a single goal and became a musical theatre writer. My first musical to be produced was actually a short 10-minute one at Company of Angels where I imagined people outside of a big theatre waiting to see a musical and start bursting into songs of their own. That play eventually evolved into the entire cast of 14 actors singing a melody in a four-part canon with sock puppets. Since then, I’ve continued to write musicals and plays. One of my musicals, End of the Line, which I co-wrote with Kristen Rea and Chris Edgar, is set to be published as part of an anthology later this year. Last year, I got to see it performed in New York as part of the Samuel French Off-Off-Broadway Short Play Festival. And upcoming, I have a new autobiographical play about growing up in LA’s San Gabriel Valley at the Company of Angels Short Play Festival, which, after the quarantine is lifted, will hopefully be up and running.

Overall, has it been relatively smooth? If not, what were some of the struggles along the way?
There are daily challenges of computers crashing and finding the right equipment for different theatre spaces. Just before our current quarantine shut us down, I was the sound designer and composer on a show with Deaf West Theatre, an innovative company that focuses on creating shows for and by deaf and hard-of-hearing folks. A deaf audience has different ways of experiencing sound, such as through visual or vibrational components. And so I designed sounds and composed music that were inclusive and could be physically felt through vibrations by placing a subwoofer under the seats. This meant I had to track down a subwoofer which could fit into the small crawl space beneath the seats that was only accessible through a storage closet in the lobby. The problem was the crawl space was too small for professional-grade subwoofers – except for one. I had to track down a rental store that had this particular brand of subwoofer – one that could fit into that crawl space and be high-powered enough to produce the vibrations, while at the same time not disturb adjacent theatre spaces in the same building. Finally, I had to get the approval to go over budget for this one rental. Once I did all that, I brought the sub in and had to run 50 plus feet of cable from the tech booth through the lobby and into the crawl space through the storage closet. In the end, it was all worth it when Deaf West’s Artistic Director DJ Kurs felt the rumbling and texted me “That felt good.”

We’d love to hear more about your work and what you are currently focused on. What else should we know?
I definitely get the most work in theatre as a sound designer. I’m proud to have worked with some of the most exciting theatre companies in LA, such as Playwrights’ Arena, East West Players, Deaf West Theatre, the Aratani Theatre, Mainstreet Theatre, Center Theatre Group’s Block Party, Native Voices, and the Fountain Theatre to name a few. I’ve twice been nominated for the prestigious Ovation Award, which is LA’s “Tony Award.”

While I am hired most often as a theatrical sound designer, I am involved in many other roles in theatre. As a playwright, I’m working with various theatre companies this year. I have an autobiographical play about growing up in the San Gabriel Valley in Company of Angels’ Short Play Festival, which has been postponed due to the quarantine. I’m also writing a new play in Moving Arts’ MADlab Playwriting Development Program that involves quantum physics and big philosophical questions about the nature of good and evil. The MADlab culminates in a First-Look Reading later this year. Previously, I had been a part of Playground-LA’s writer’s pool as well as The Vagrancy Writer’s Group, where I’ve developed three full-length plays.

Last year, I also had the pleasure of being Music Director for the Pomona College production of Pippin. This was a personal dream of mine because it was directed by Tim Dang (former Artistic Director of East West Players), whose work I grew up watching. Together with a fantastic student cast, I had fun running rehearsals and performances and creating new arrangements that updated the 1970s musical with modern trap beats and 808s.

When I’m not doing live theatre, I’m talking about theatre on YouTube. I have a growing channel Howard Ho Music which has been devoted to musical theatre and more specifically discussing the musical Hamilton. I go in-depth in discussing how Lin-Manuel Miranda composed a show that has really taken the country by storm in a video series called “How Hamilton Works.” I’ve produced more than a dozen videos in this series, and I’m still creating new ones as we speak. Mr. Miranda himself has even Tweeted about some of my videos, which probably remains my biggest claim to fame.

If you had to go back in time and start over, would you have done anything differently?
If I had to start over, I would have started working in theatre much earlier. When I was a journalist at UCLA, I covered some events where musicals were being written and performed by students. As I wrote about these productions, I really dug the camaraderie of it and how every production viewed itself as a family. Since I had been in a high school musical, I had an inkling of what that felt like. But for some reason, I resisted it professionally and instead opted for jobs that had some sense of job security. Eventually, I was able to find my way into theatre, but it took a while. However, it’s never too late to get involved in theatre, and I have no regrets over how things turned out. 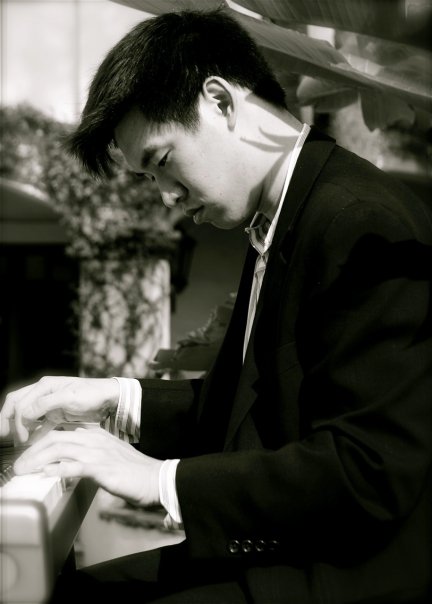 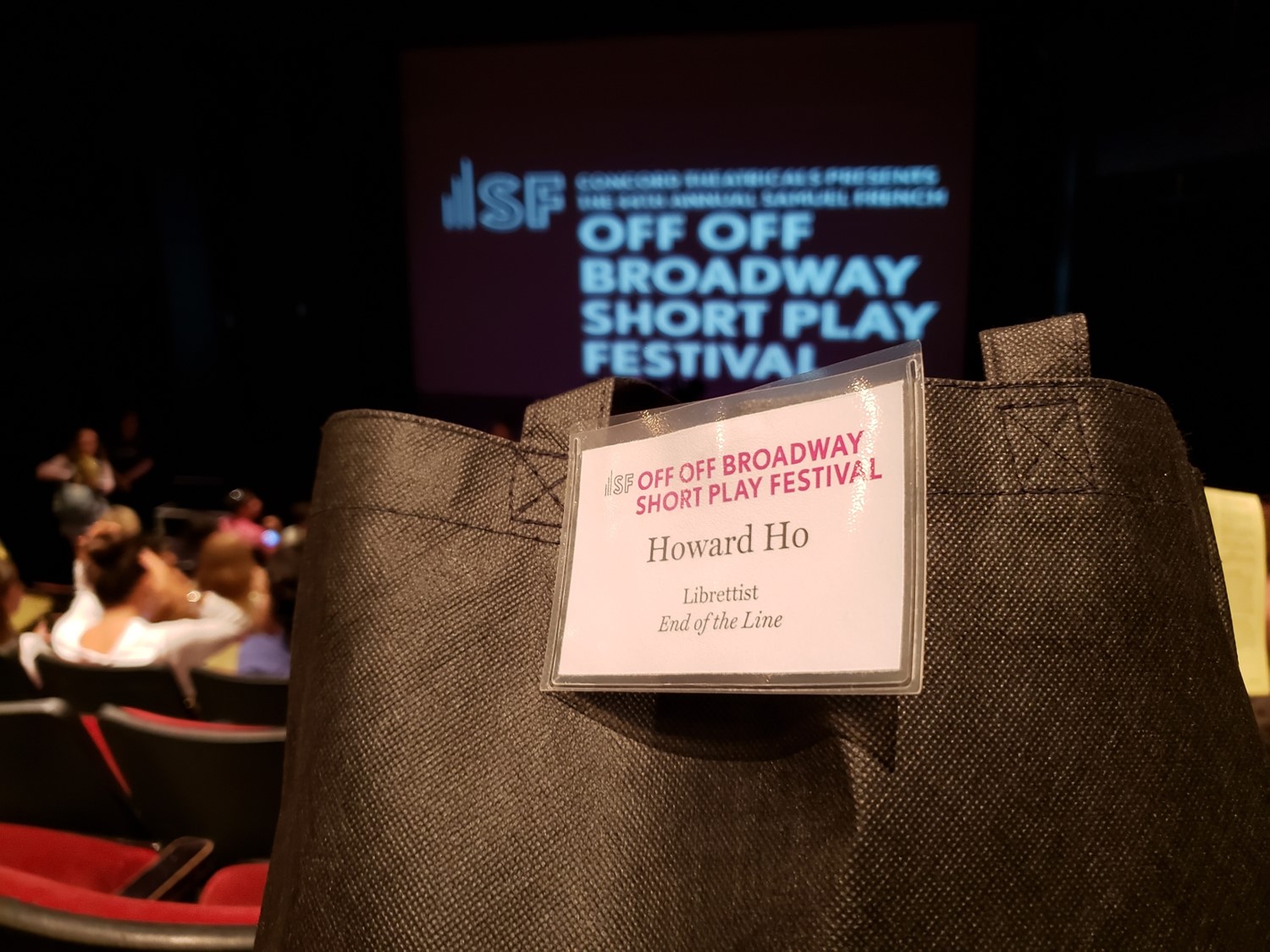 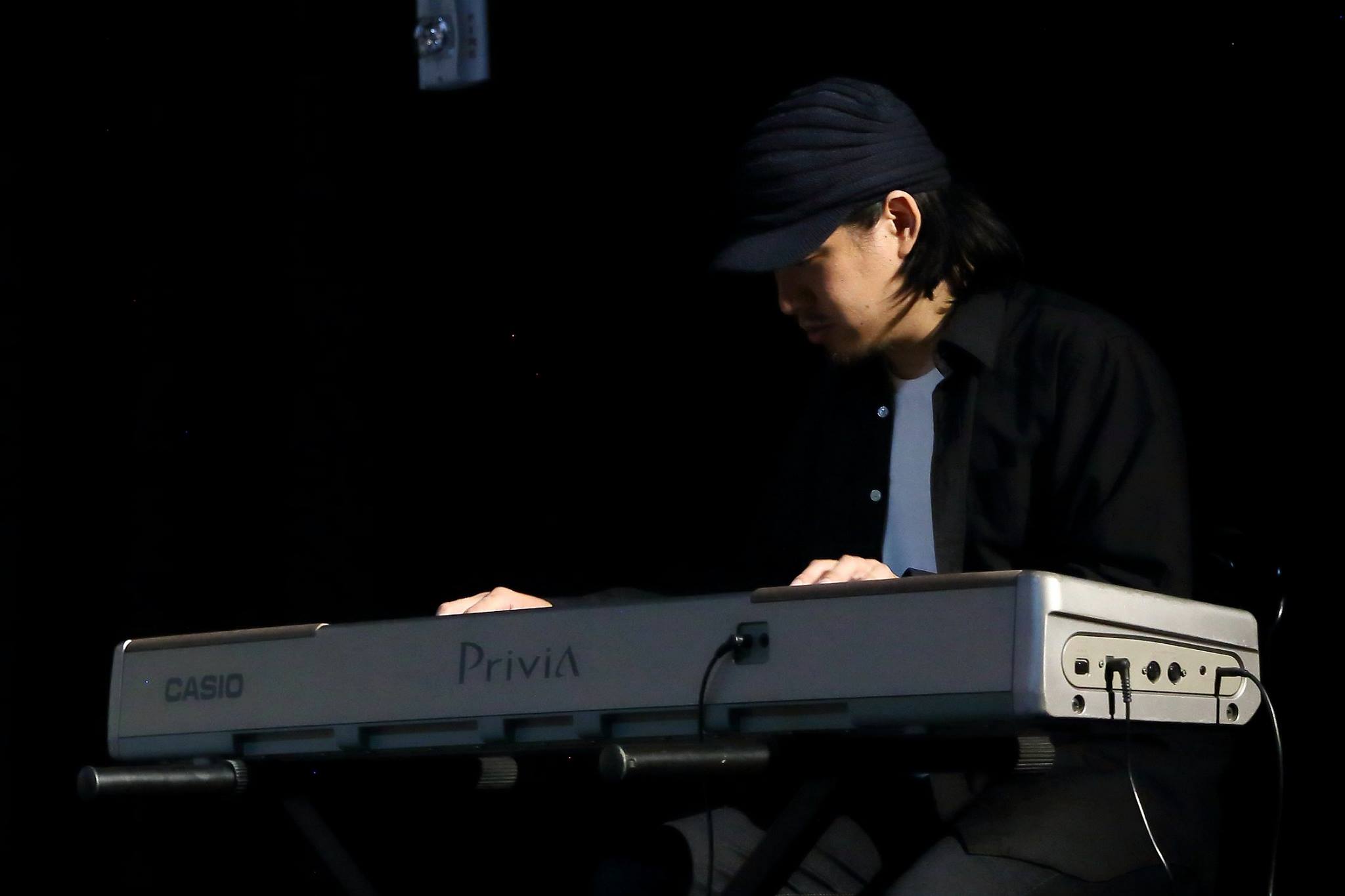 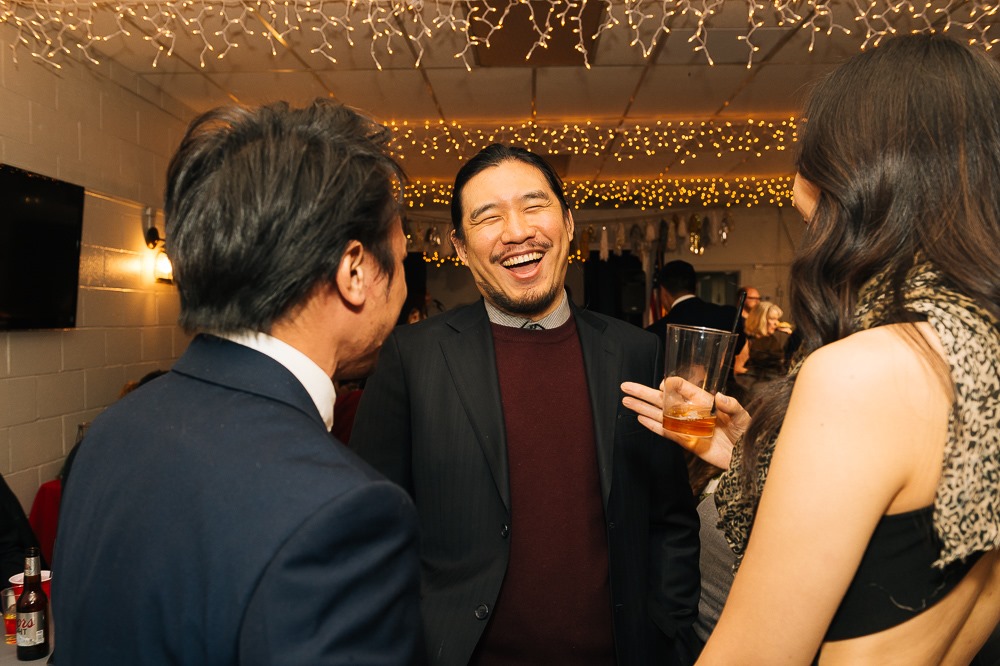 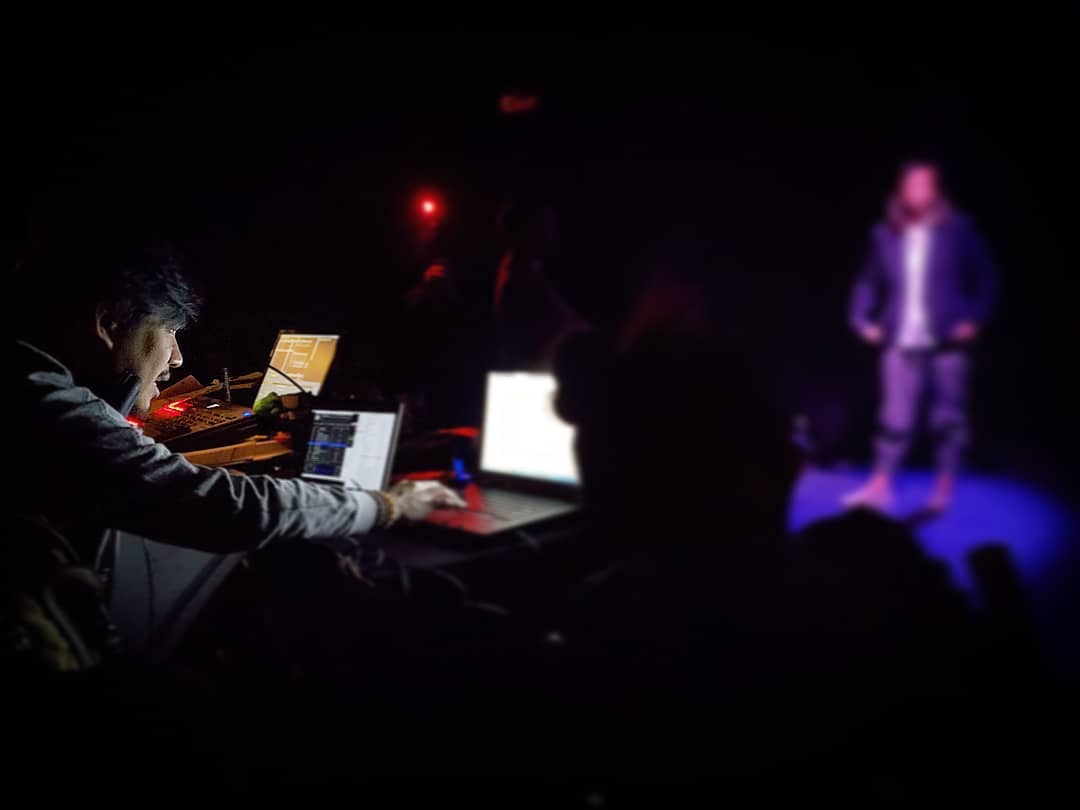 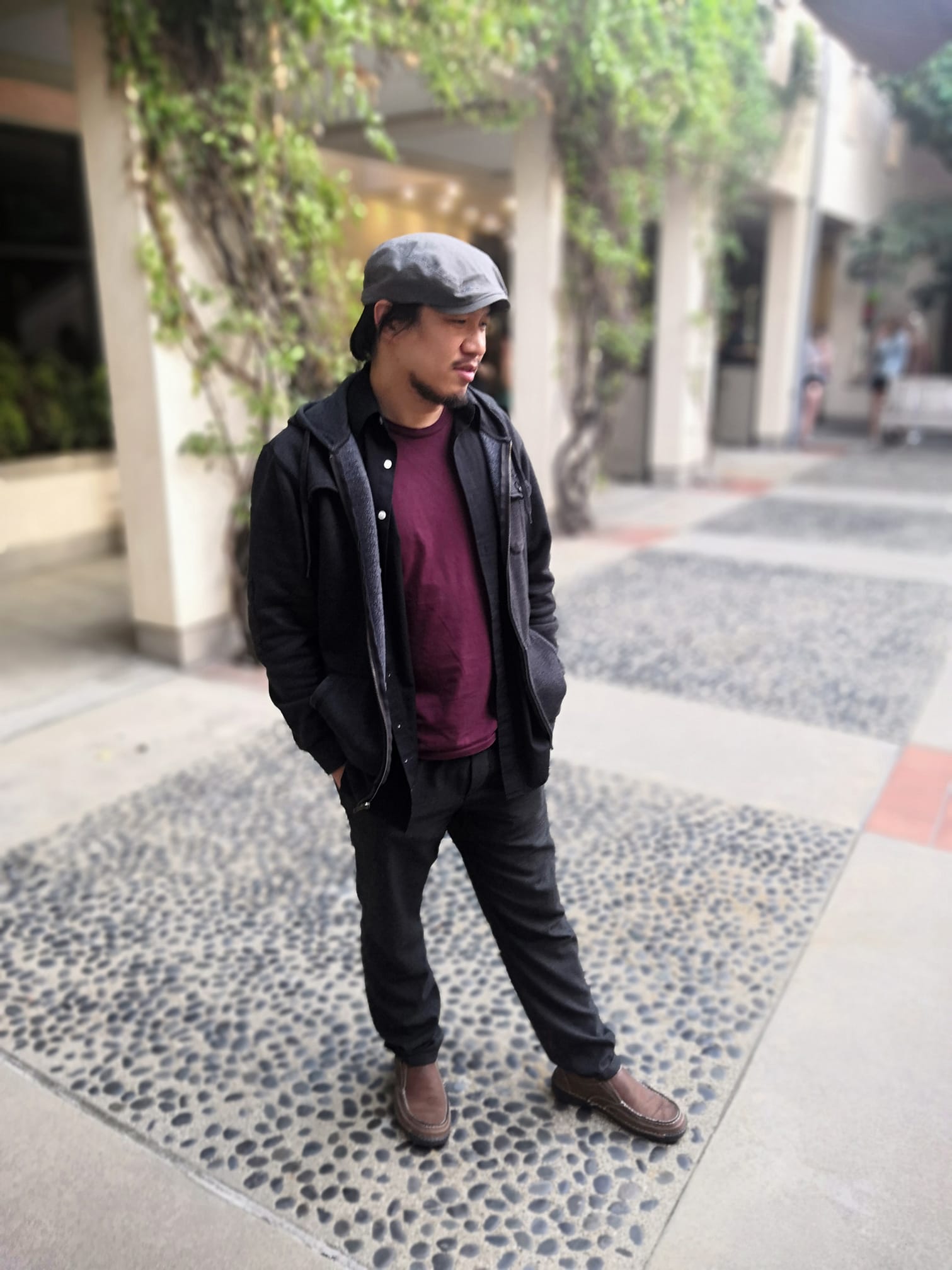 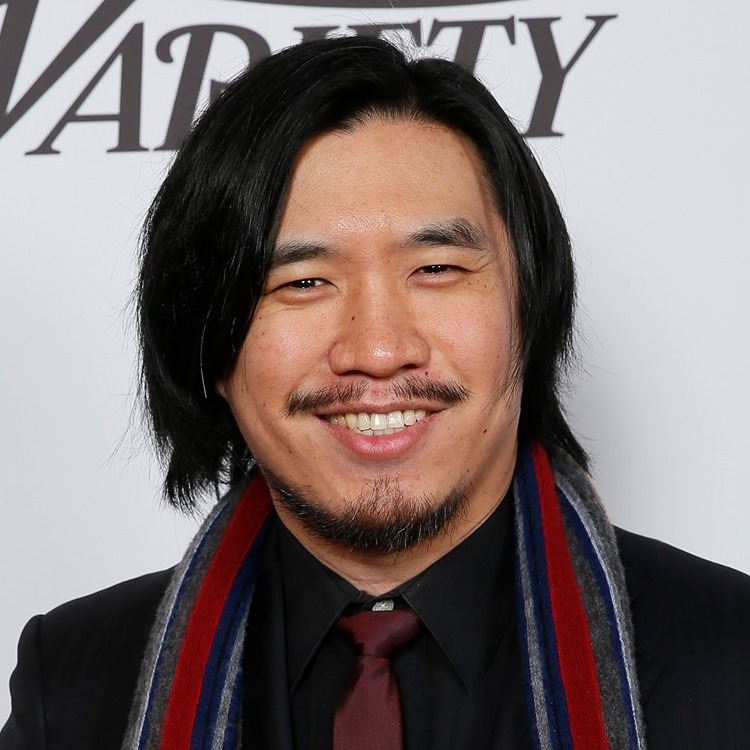 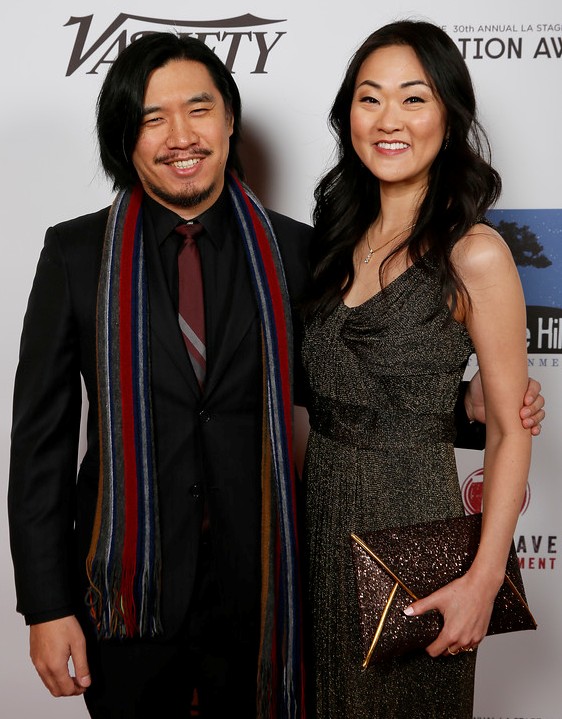