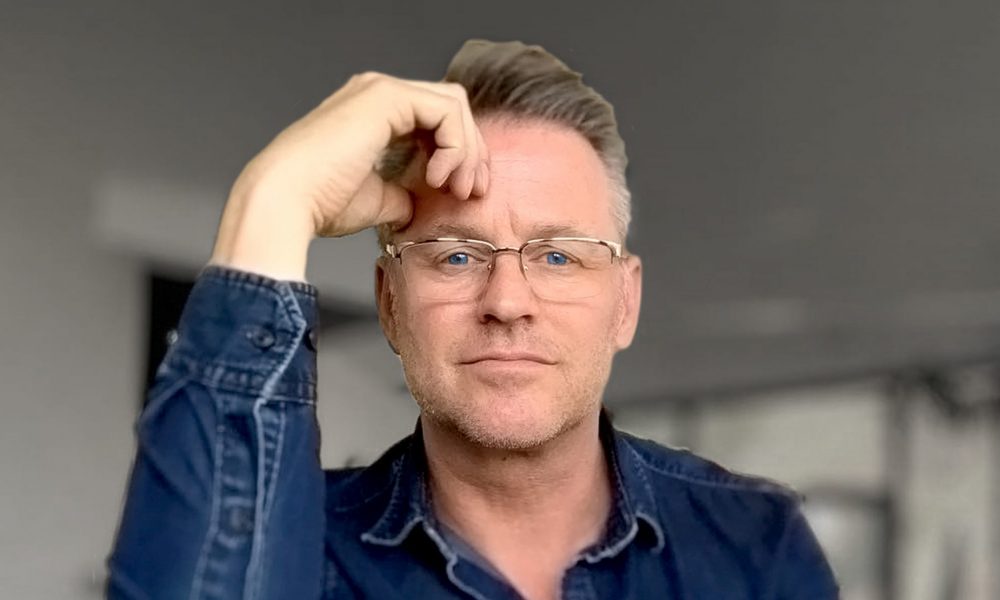 Today we’d like to introduce you to Graham Streeter.

Thanks for sharing your story with us Graham. So, let’s start at the beginning and we can move on from there.
Film was a very gradual realization. Where some children might play sports with their fathers, my played “art” with mine. My father was an art teacher. I don’t think it was intentional, but looking back, together my father and I explored every possible medium over the years.

As a result, I aspired to be an artist. I was fairly sure illustration through mixed medium anchored in watercolor was to be my medium. But over time, I realized it was limited. It wasn’t until my 20s that storytelling through art become a clear interest. In fact, storytelling was almost more important than art. By watching movies, I realized film was the most powerful artistic medium I could imagine that embraced both.

Once I realized that, got involved in anything I could that would potentially result in one step closer to making film. I worked for TV production, explored short films, music videos. I created my own company, did documentary short subjects to keep me alive and self-taught myself everything there was to know about film. I managed to get a degree in business to round out my obsession with art, hoping it would make me a better person in the film “business”.

I officially embarked on my first feature film in 2005 when I wrote and directed Cages. It was a learning process. I was in awe of the cinematographer’s contribution, and the power to shape a film in post though editing. Learning what I did, I immediately started to reshape my artistic needs and desires in the filmmaking process which led me to study cinematography and editing, hopefully allow myself even more creative opportunity.

From there, life just flew by. In 2000, I started Imperative Pictures to formalize my documentary work under a company banner. In 2012, I did my first documentary feature film in which I was writer, director, cinematographer and editor. I showed myself that if I planned well, I could do it all.

In 2014, I wrote, directed, lensed and edited my first narrative feature film Blind Malice. My hand-held documentary style bundled with my love for narrative resulted in a little film, made with just a hand full of trusted people, proved. If I put my mind to it and paid enough attention to the pre-production, I could make award-winning films.

After every film, I try and refine the process more. Compelled to keep it independent so I can relish in the creative side of storytelling without the pressure to comply to studio expectations, defining a system for a small team to function effectively in, and implementing a process that keeps everyone stimulated while hitting long-term goals, creating a realistic production culture, all based on writing and shooting smart screenplays was starting to pay off.

In 2015 we did Imperfect Sky. I finally felt it all come together. The awards we received were affirming that we were doing something right. We have since taken our “Imperative Picture” model and like any new film project we refine it more each time. Knowing how difficult it is to operate and create product in the indie film world but also knowing its rewards, we continue to push further, we have learned to trust the process.

In 2018, we finished I May Regret. Like our other films, it has been received by festivals and audiences with great success. We are proud of the work and attribute the pleasures of making this film due to the lessons we have learned on prior films. It was, by far, been our most challenging film to make yet. But despite the title, there have been no regrets.

Overall, has it been relatively smooth? If not, what were some of the struggles along the way?
I think the biggest challenge of being an indie filmmaker is maintaining your independent and identity. ‘

In my mind, an indie filmmaker is someone who embarks on the process of creating film content knowing they will not collaborate with a large studio or financial entity as a partner that can potentially result in mass exposure and distribution. The decision to go “independent” usually means there will be no funding for big stars, fat productions, costly special effects and grand music scores, let alone public theatrical runs, glamorous premiere parties or world-wide campaigns for on-demand release.

Why do it independently? It often means less pressure to deliver, more autonomy to create content that is artistic, instead of “marketable”, more artistry within the film telling medium, greater freedom to tell provocative narratives with potentially greater impact on society and most of all, more ownership in the film in the end.

Those who engage with film finance usually are compelled to attach big stars. They must jump in bed with a studio and distributor to satisfy financial risks. The team is usually comprised of well-seasoned producers, directors, writers who specialize and bring specific expertise based on the film’s genre to the table. Collectively they collaborate and together, they will share the rewards or losses. They will work with intense caution because they have everything to lose and everything to gain. It is high stakes.

Those who willingly decide to do this without the obligation of finance, big star payment burdens, and pre-determined objectives of a sales and distribution agent, will end up wearing multiple hats, exposing themselves to all the facets of filmmaking, working one on one with the actors, producers, writer and director. They are truly independent from any system. They must create solutions on their own, they will garner practical, sensible, applicable experience in the process. They ultimately owe no one. They enjoy all the rewards of the hard work. The final film is clearly a product of their hard work and creativity. It is rewarding on many levels.

One might say you start out independently. Over time as an independent filmmaker you create more trust in others and greater reputation in yourself. More doors open and more offers are received. As you gain experience and garner reputation you have more opportunity to contribute that expertise to the collaborative high risk “studio table”. But this is where and when you must ask yourself. Do you want to work for a studio, or for yourself?

Please tell us about Imperative Pictures.
In my mind, the perfect film has a balance comprises of both “subject” and “imperative”. Let me back up and say when I embark on a film project, I can expect it to consume three or four years of my life. My personal hope is that in the process of making the film, from conception to distribution, it’s going to make me a better person. In other words, in four years, I can earn a degree, so spending that much time on a single project is precious time and I need to make sure I am spending my time wisely, learning as I go.

But that can be a dangerous approach to filmmaking. The audience doesn’t want a subject shoved down their throat. They don’t want a film that preaches a topic. They mostly want to be entertained. But there is a side to them that also, expects, if they invest 100 minutes with a film, that they too come out of the experience with something constructive. The theater goer also needs to make sure he or she is spending their time wisely, perhaps even learning as they go. Here is where the filmmaker and audience potentially meet.

And that meeting point is a delicate blend of Topic and Subject. The way I see it, the topic needs to be the element that bathes the subject. The subject is always the human condition; the fundamental moral question your main character is being challenged with…like Love, Hope, Faith, Guilt, Regret, Truth, etc. These are the big universal subjects the challenge us all. Although these issues may seem too high-level or general and boring….they are truly universal.

The Topic is the “bathwater” to which the Subject will soak in. This is my imperative. It can be a social issue, dealing with something specific in justice or greed, or a medical issue like disease, or a political issue like democracy or our fundamental human rights. The imperative is something that challenges our society today…and is a topic people are discussing around the world that impacts us either directly or indirectly either currently or in the near future.

But the story must not be about the “bathwater”, but instead about the person soaking in it. In Blind Malice it was about a visually impaired girl who is struggling with trauma buried in her past. The core of the story deals with the issue of truth. The “imperative” is visual impairment. For Imperfect Sky the subject is self-esteem, the imperative is heroin. In I May Regret the subject is also self-esteem and the imperative is dementia.

Even though these imperatives are powerful and heavy, my goal is always to make the imperative as coincidental as possible. These imperatives are things that are happening all around us. They are not unusual. Yes, they impact our lives tremendously, but all said and done, they are quite common and affect us all. But everyone is affected differently and sometimes the imperatives we are challenged with are not visible to others. At the end of the day, the story always comes back to the human condition; the “subject”; the human being who is just trying to navigate through life the best he or she can while submerged in the “imperative”.

Any shoutouts? Who else deserves credit in this story – who has played a meaningful role?
Filmmaking is done as a team. There are so many people who have collaborated with us on storytelling, from production managers to set decorators, from focus pullers to focus group attendees. Our greatest pleasure when making film is identifying and empowering great minds to work with and enjoying a synergy of energy and ideas that make the work smarter and more impactful.

And most of all, credit is due when you have a working life partner who is on the same page. Together we make films and build a family of crew and cast who’s work lasts far beyond our lifetime.

It’s nothing short of an honor to work with fellow filmmakers. To credit my career accurately would be to play the credit rolls at the end of all of our films. That is who deserves credit for the indie filmmaker. 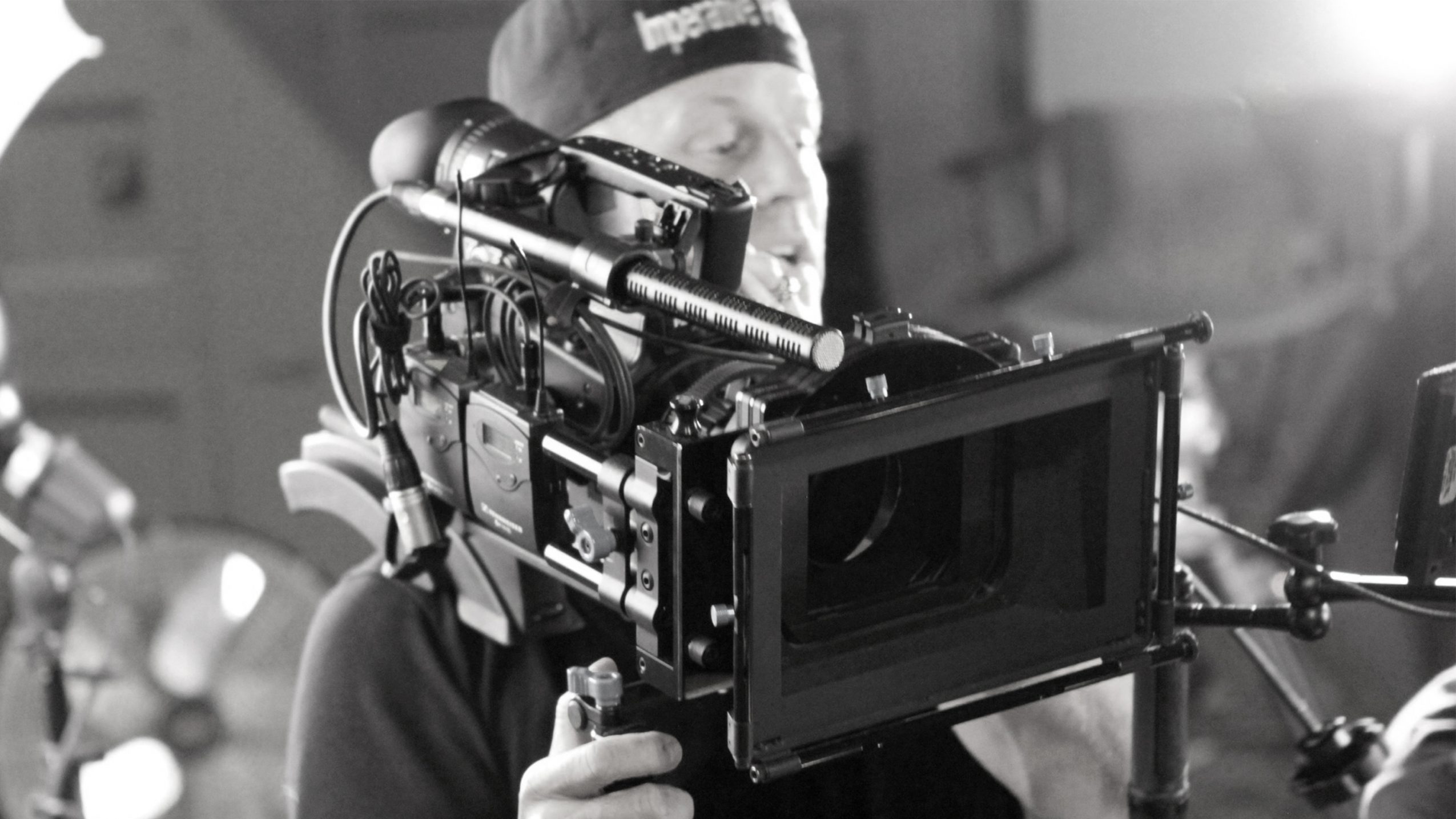 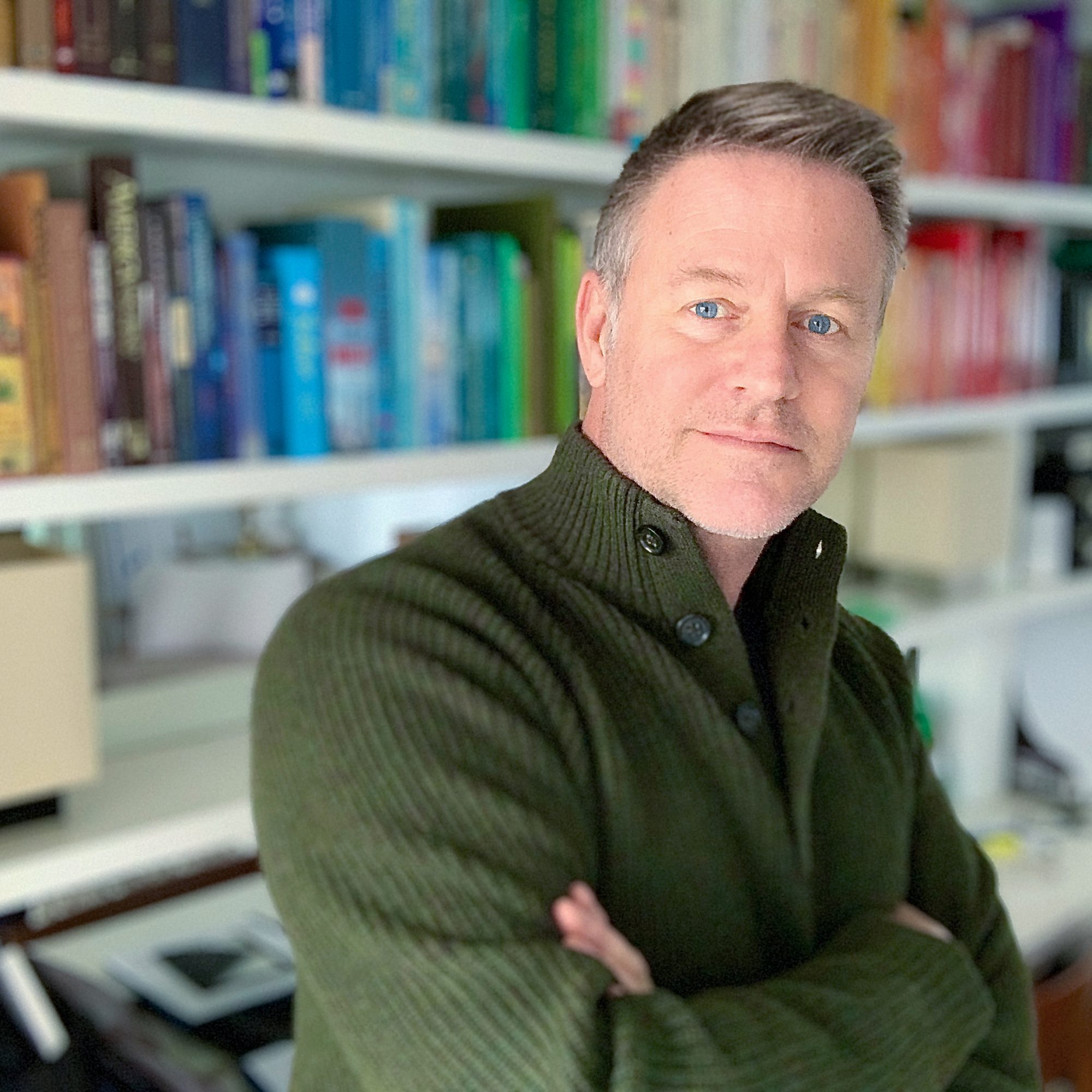 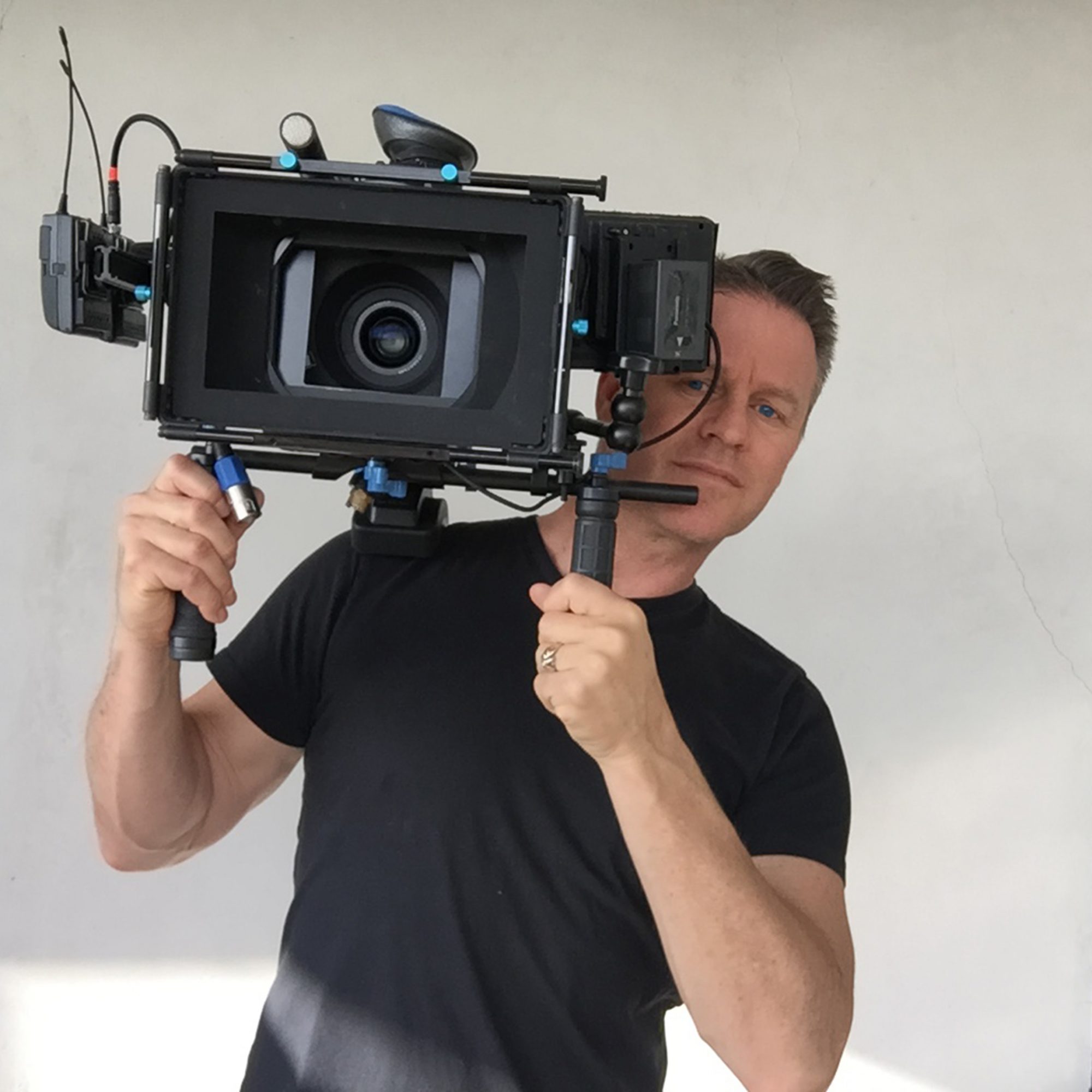 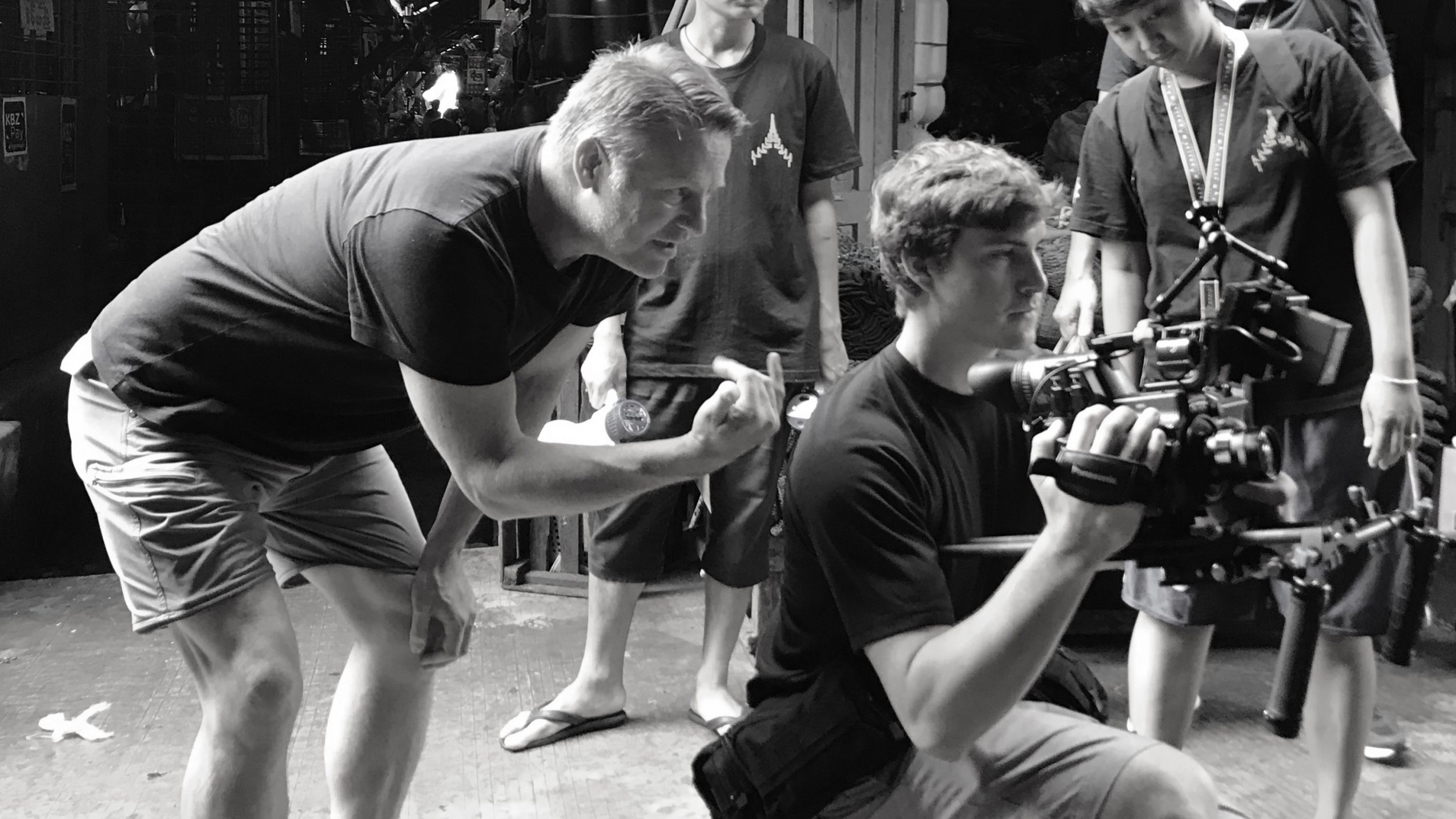 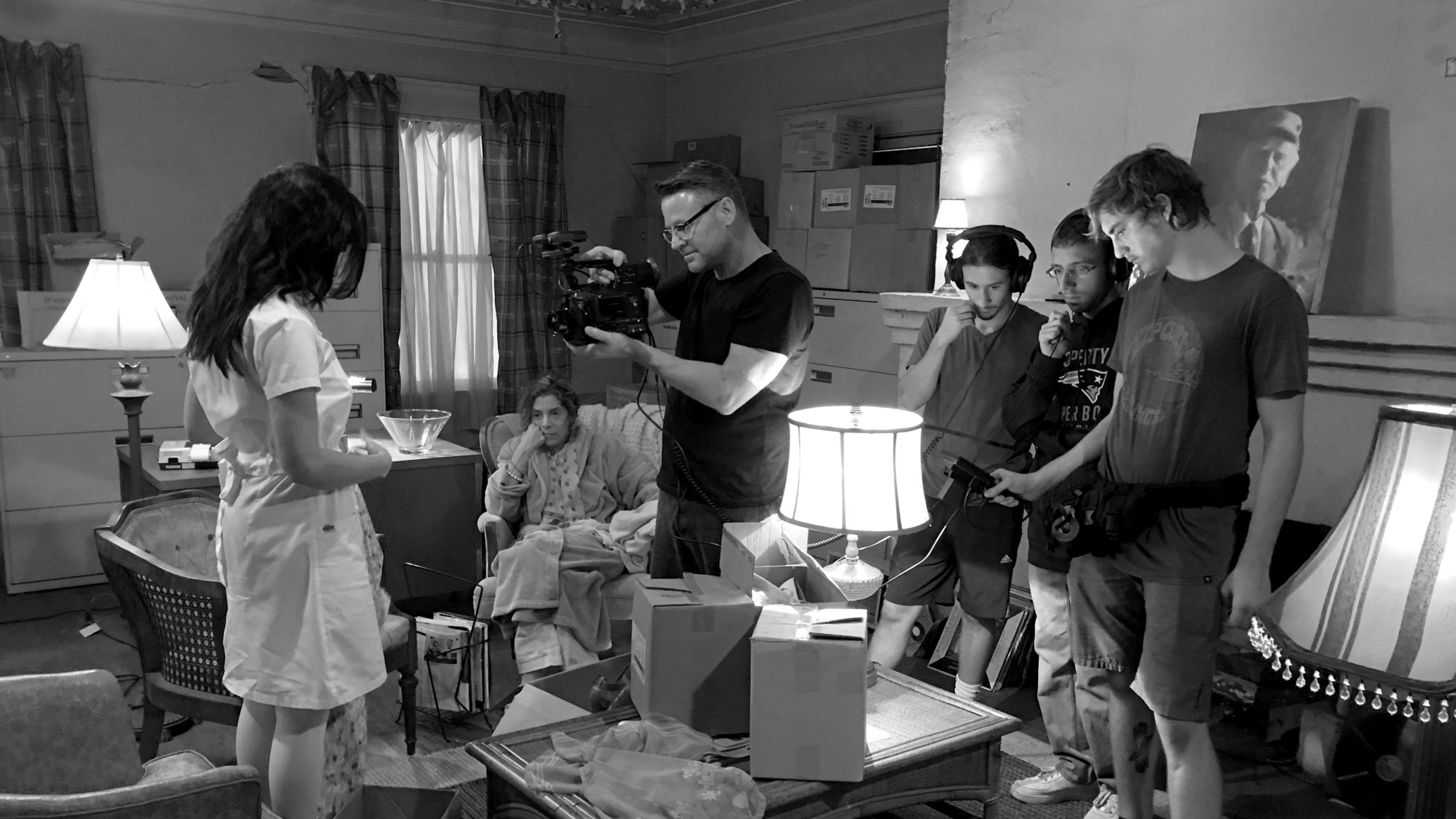 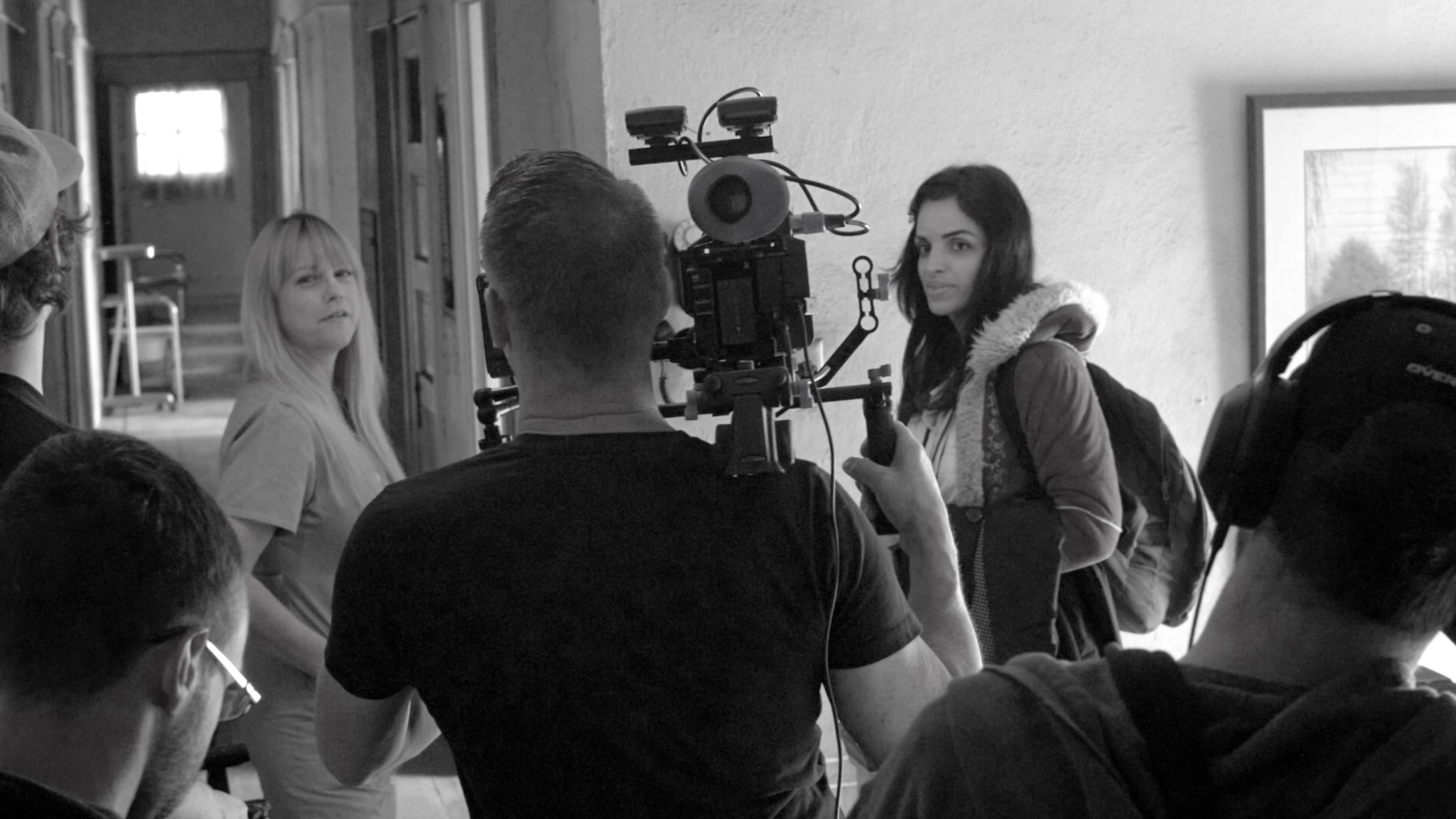 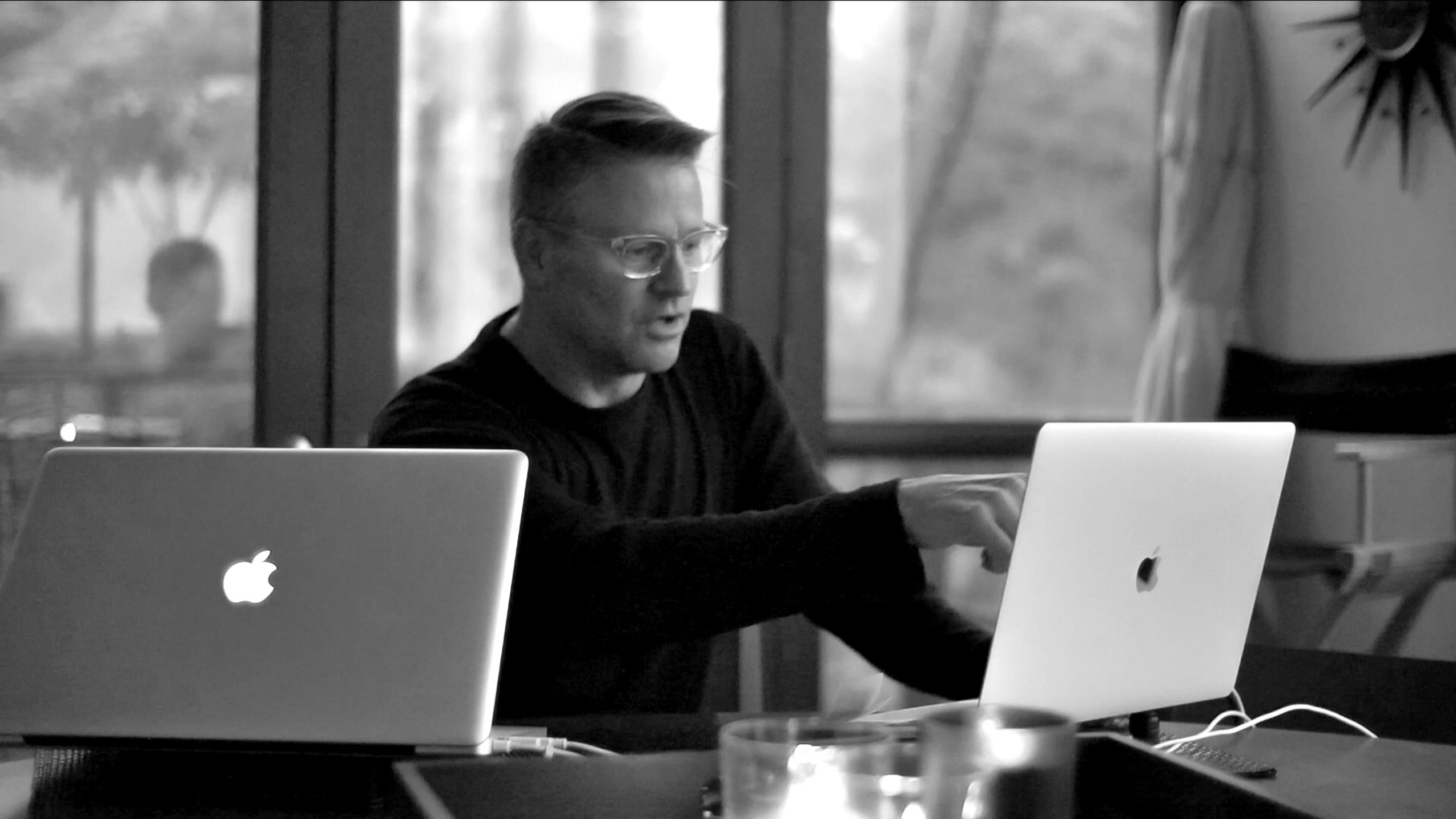