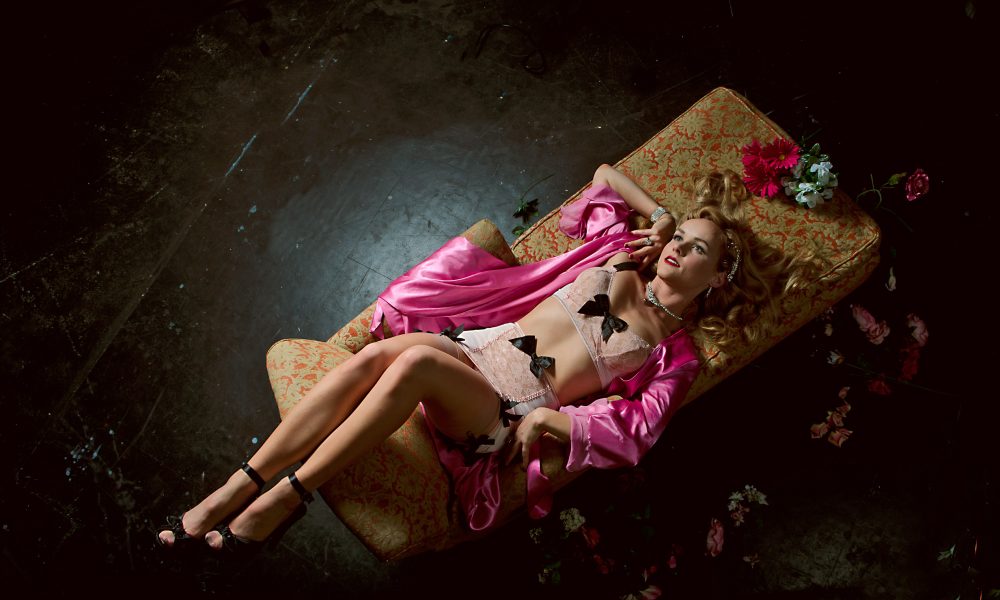 Today we’d like to introduce you to Grace Fae.

Thanks for sharing your story with us Grace. So, let’s start at the beginning and we can move on from there.
I wasn’t allowed to watch TV as a kid. I had to fake it when my school friends wanted to catch up on Friends at the lunch table, but I became an expert at reading and imaginative play instead. I would dress up and perform in my room in suburban Connecticut, belting my mother’s long skirts up to be Laura Ingalls on the prairie or draping myself with fishnets and shells like a tough girl from Waterworld. Though hopelessly out of touch with MTV and the pop culture of the 90s, my older parents did show me unlimited movie musicals from the 1940s and 1950s. I fell in love. I would write and put on plays and circuses with my friends, then round up my family and insist they watch my “tap shows”. After I wore a hole in the living room carpet from bouncing around during one of these performances, my parents relented and put me in tap class when I turned seven. Jazz and ballet lessons followed, then voice lessons. I joined the local theater company at ten and started getting speaking roles.

With all that reading and a CD submission of me singing Gershwin and Mozart, I got into Yale. I thought they made a mistake when that packet arrived, and it took weeks to accept my good fortune. This lifted me out of my public school where I was always trying to play small, blasting some needed confidence into my life. Finally, in college I was surrounded by unapologetically passionate classmates, and I was liberated from my strict upbringing. I added modern dance, performance art, opera, Shakespeare, and endless pages of writing to my skill set and graduated with a double English/Theater major.

Then my structured over-ambitious life fell apart. After I graduated, I remembered some unwelcome abuse from my childhood. I left my home with the help of loyal friends, and crossed the country, singing on the streets to make money in New Orleans and Boulder, landing at Burning Man, and finally hitching a ride to San Francisco. Cut off from my parents, I eventually settled in Northern California, where I began writing my own songs. I wrote and produced a one-woman play at California Stage in Sacramento in 2006 and released an album of original tunes called From the Apple in 2012, both of which helped me heal. The cathartic process of writing and performing has helped me throughout my life as have yoga, dance, and art journaling. As my sister says, when times are tough, we have the tools.

I had a great stint on stage in Northern California and finally played some dream roles like the Witch in Into the Woods, Anna in The King and I, and Rosalind in As You Like It. After being cast as Stella in A Streetcar Named Desire opposite Jimmy McCammon’s Stanley and falling in love with his talent and charisma, we dove deeply into running a theater company together. As Synthetic Unlimited, we produced sixteen full-length plays and numerous other dance shows and concerts in Grass Valley, CA from 2012-2015, including original adaptations of famous Shakespeare, Pinter, Mamet, and Williams plays. In 2015, stretched thin with full-time volunteer positions as producers/directors/actors and high rent due on our black box theater, we closed the company and decided to try another path.

In January of 2016, we moved to Los Angeles to see what we could do as TV and film actors. I started all over as a background actor, joined SAG-AFTRA, and became a stand-in for Renee Zellweger and Amy Poehler. I began acting on film, getting lead roles in student and independent films and adjusted my acting techniques for the camera. I also joined the Los Angeles jazz and swing dance scene as a tap dancer and then a singer with The Satin Dollz, and started meeting musicians and fronting various swing bands. I still wanted to choose my own material and control my own bookings, so I started my own LA band, The Grandbirds, in 2019.

We’re always bombarded by how great it is to pursue your passion, etc – but we’ve spoken with enough people to know that it’s not always easy. Overall, would you say things have been easy for you?
Moving to Los Angeles and starting all over as a little fish in a big pond, after running our own company and getting to the top of my acting/producing game in a small town, has its challenges. It takes years to get to know the right people with influence, and so I find myself in the position of many in this town, over-qualified and fighting for the smallest jobs. I’m really looking forward to the day when I can explore an on-screen lead role that is as complicated and challenging as some of the roles I’ve played on stage.

Can you give our readers some background on your music?
My jazz band The Grandbirds specializes in vintage jazz from the 1920s-1940s, in the swing or big band style of Peggy Lee or Ella Fitzgerald. I sing, and generally have drums, upright bass, piano, and a clarinet or saxophone, sometimes adding additional horns like trumpet and trombone. I love choosing obscure jazz tunes that many people have forgotten, keeping these good- feeling tunes and their historic sound alive. I pride myself in dressing and styling my hair and makeup in accurate vintage styles and I think the music and old Hollywood glamour help carry people back in time to a warm and positive place.

What were you like growing up?
I was always an attention-seeking natural performer, like many of the kids I have taught drama and voice to over the years. I think it’s important to encourage these children and provide funding for arts education, so that children of all socio-economic backgrounds have access to creative self- expression, and can envision themselves working in artistic fields. It’s one way we can continue to push media towards inclusivity and equal representation. 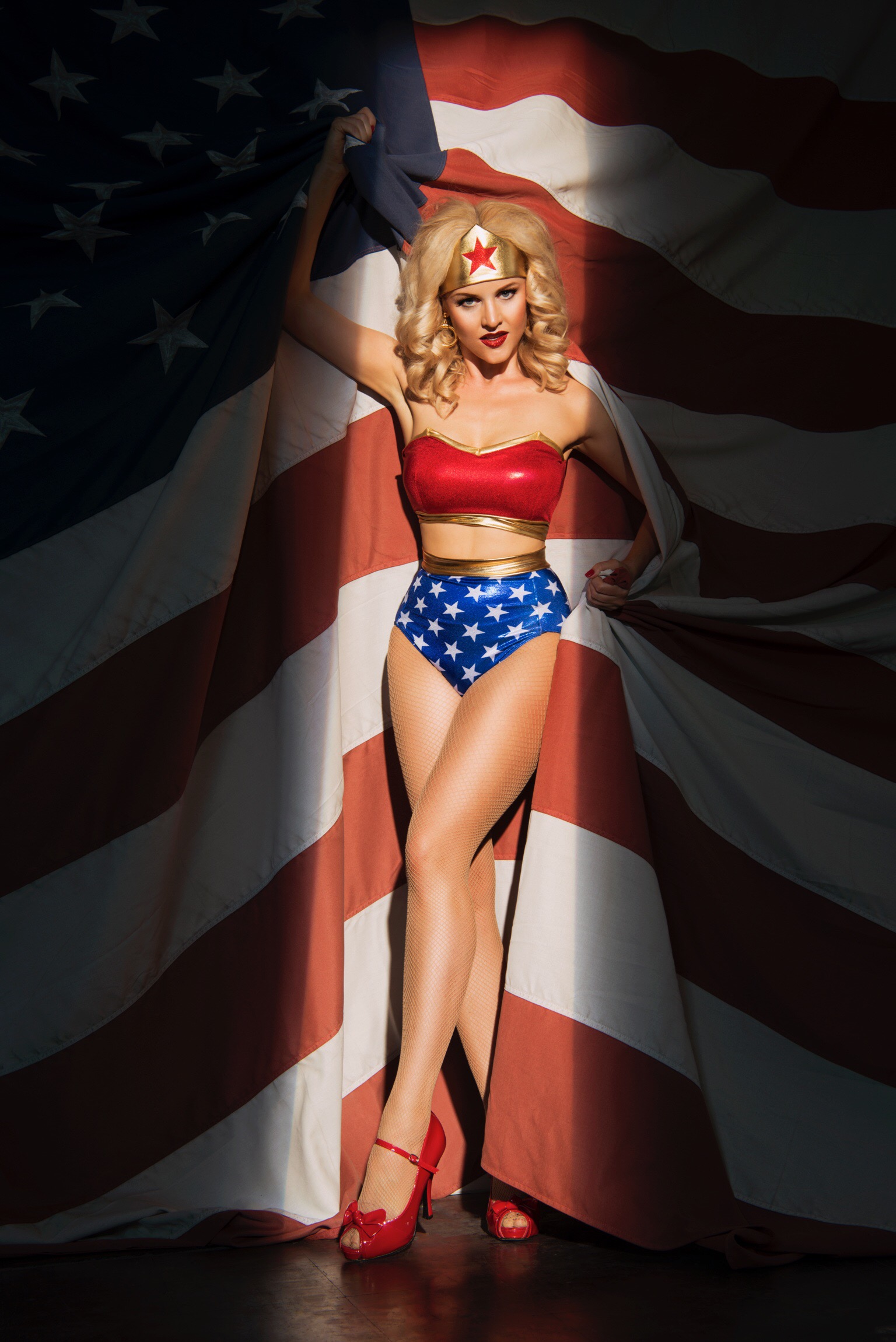 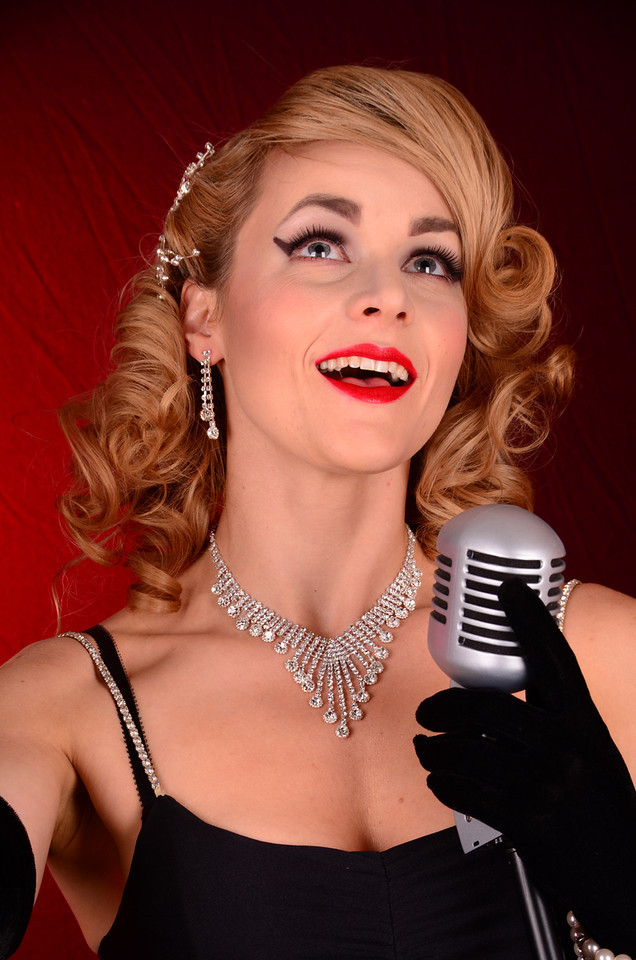 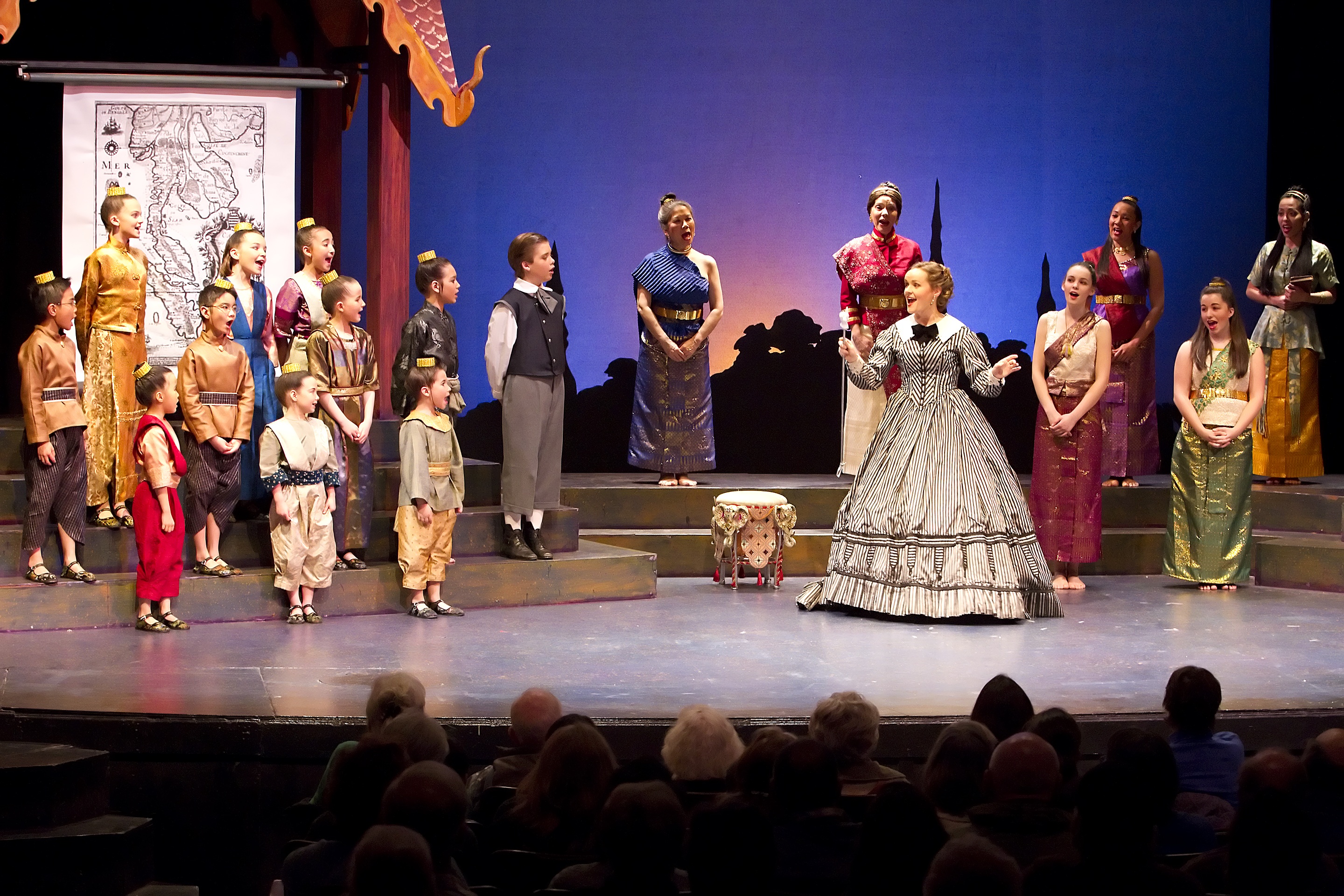 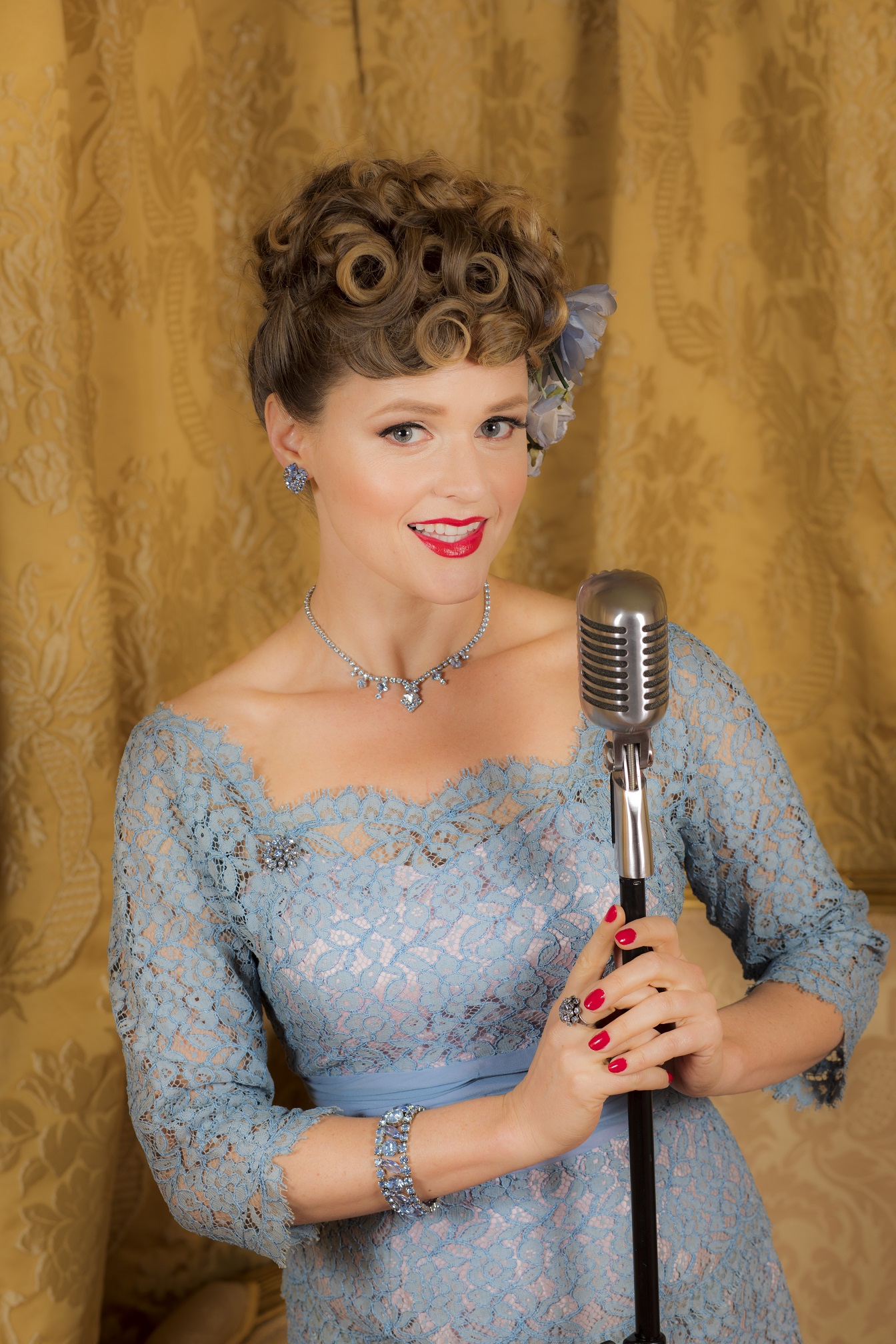 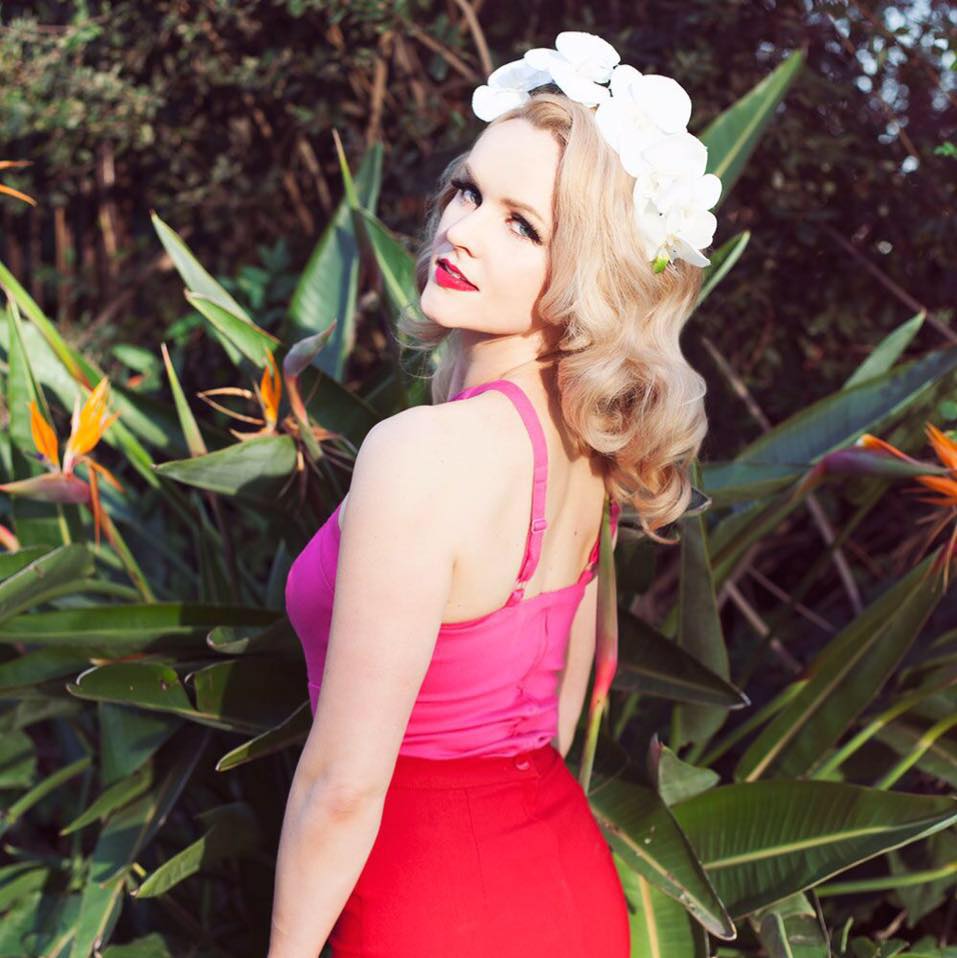 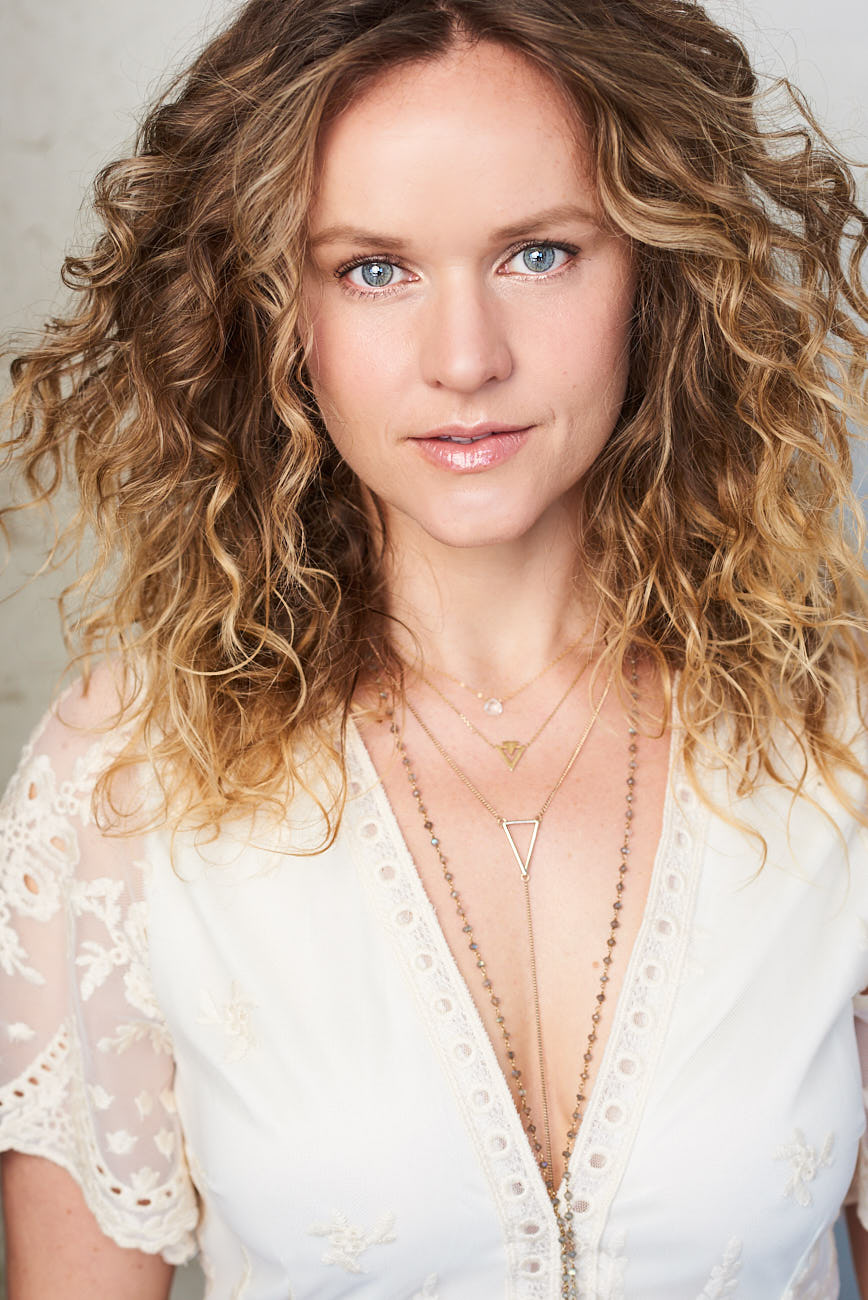 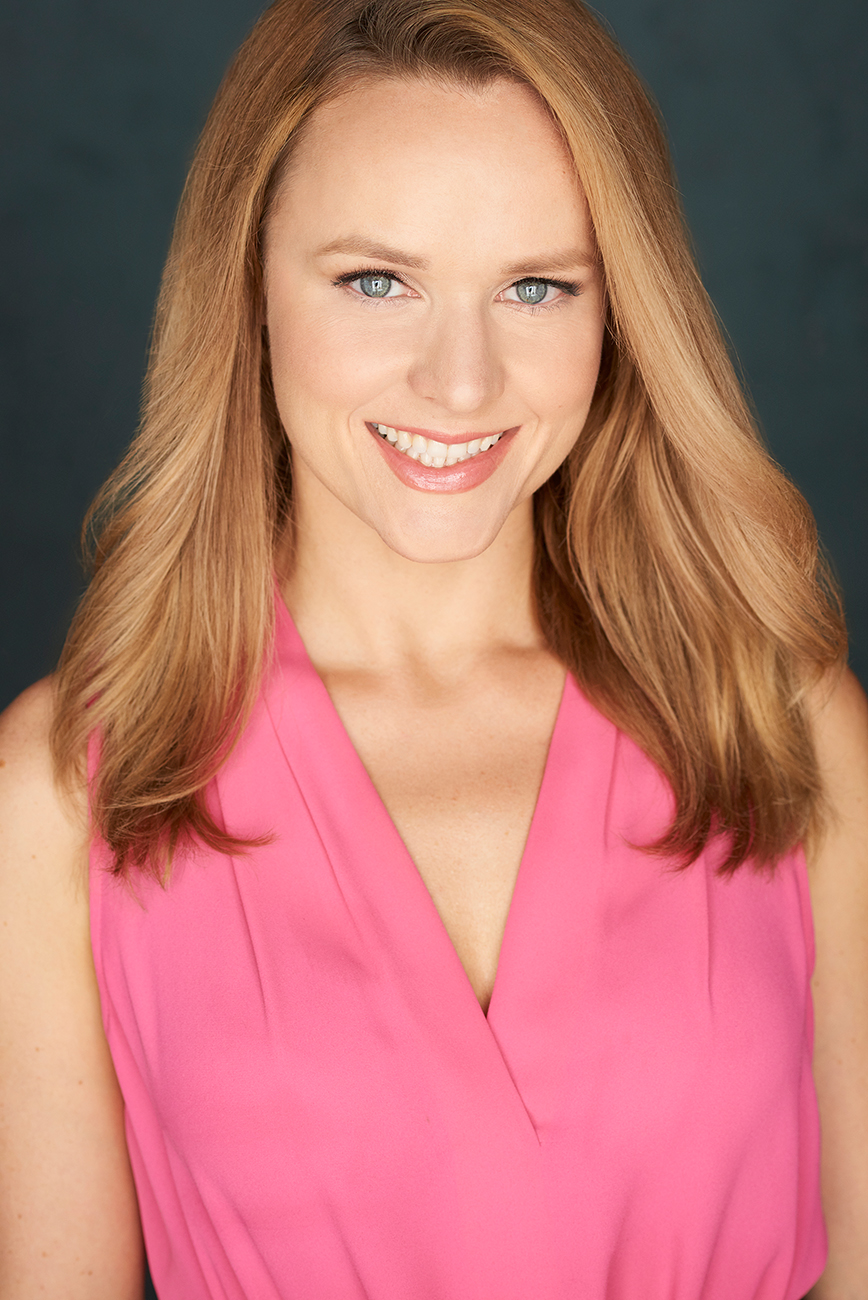 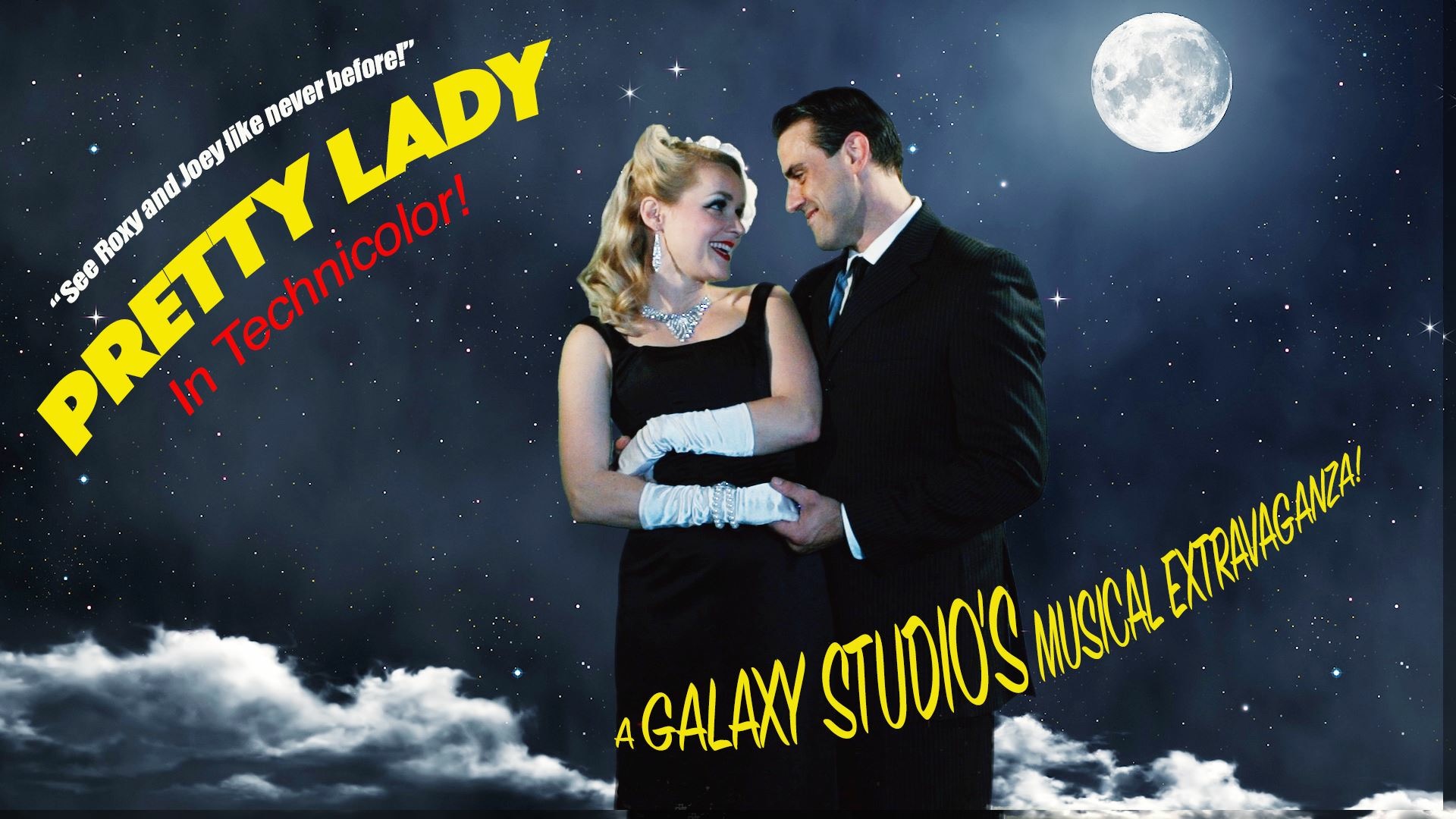