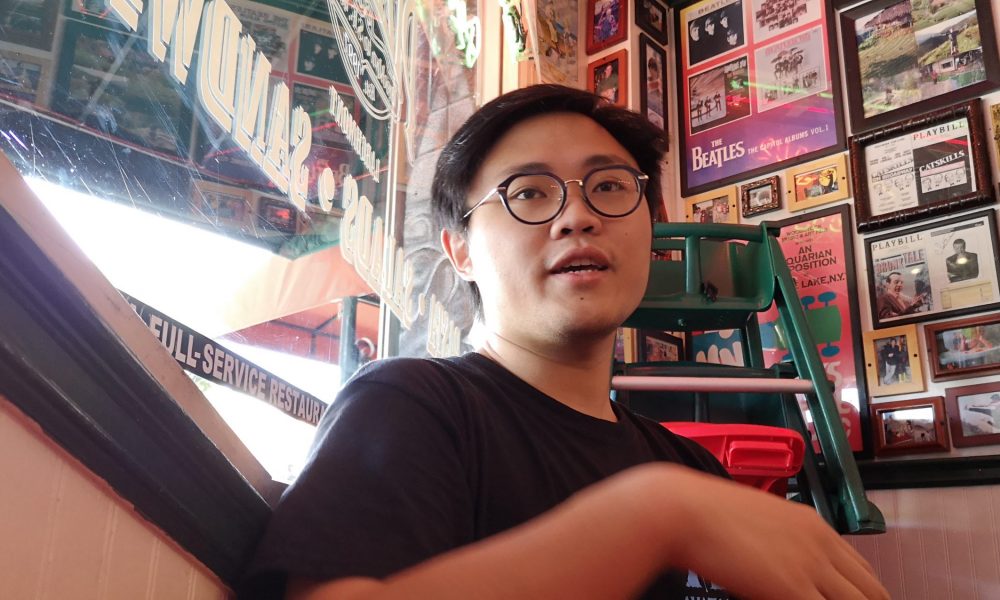 Today we’d like to introduce you to Gorby (Mu Fan) Shih.

So, before we jump into specific questions, why don’t you give us some details about you and your story.
I grew up in Taiwan and went to USC for film school. After I graduated, I made a short film called “Love, Work & Other Demons” that was accepted into many festivals in U.S. and China. A U.S. agent saw it and signed me. I was told to move to Beijing for more opportunities as a bilingual Chinese American director. I packed my bags the next day and crossed the pond. In China, my agent put me on the couch tour of the major Chinese studios. Lots of meet and greets. Eventually, I was able to land a low-budget manga adaptation of an action comedy at Tencent Pictures. That film came out on a major streaming platform in China and I’ve been established as a productive young director since. I spend most of my time developing projects with writers in hopes of one of them will enter production. I spend my time half in LA and half in Beijing!

We’re always bombarded by how great it is to pursue your passion, etc – but we’ve spoken with enough people to know that it’s not always easy. Overall, would you say things have been easy for you?
I work in LA and Beijing on English and Chinese projects. Creatively, one of the biggest difficulties is figuring out what works in America versus what works in China for the different audiences. For example, America usually likes their drama films subtle and their comedy is very centered on banter. In China, audiences like melodrama. They want to laugh loud and cry hard during a film. Also, Chinese comedy is much more physical. That aside, working with the film bureau in China is a similar but different process to working with the ratings board in America. Because my film education was in LA, a lot of my energy is spent navigating the two cultures to figure out what works. Aside from those creative difficulties, the biggest struggle is the wait for good news. I’ve developed multiple projects that were shelved and did not enter production. You might work on a script for a year or two and be told the executives canceled the film. I believe that struggle is true regardless of what country you work in! You have to figure out how to manage your expectations or be constantly crushed by the film rollercoaster. “Hope for the best, expect the worst” is my motto these days.

We’d love to hear more about your work and what you are currently focused on. What else should we know?
I’m bilingual and bi-cultural in English and Chinese. I spent my childhood in New Jersey before moving to Taipei for high school and then coming back to the States for college. So people who want to do projects that require that sort of bi-cultural background seek me out. Other than that, I have a big appetite for genre movies (especially the ones from 1970s – 1980s Hollywood) and although I never planned it, action comedies and horror thrillers are what usually comes knocking these days. I’m a person who is in the middle of two cultures, even more so than Asian Americans, who are more often than not more American than Asian. I believe I’m the perfect person to guide US-China co-productions to fruition as I have experience on set and in development in both cultures.

What were you like growing up?
My middle school and attached high school for some odd reason had a rigorous and competitive theater arts program. The dramatic arts extracurricular was really well-thought and led by Dr. Bishop, who, unfortunately, left us way too soon. He’s inspired countless kids to be artists. As a transfer kid dealing with culture shock, I originally signed up for the theater program to make friends. But, I ended up falling in love with acting. I was an actor for seven years until I graduated high school. I took it way too seriously– I dreamed of being an actor. That said, at the time there wasn’t much space for Asian actors in America, especially me who wasn’t as tall or handsome as Chow Yun Fat! My dad convinced me not to pursue acting. Despite knowing he was right, I was bummed out. Fortunately, my friend Ed was really into filmmaking. I was exposed to the artform through acting on his short films. I eventually won a scholarship and ended up at USC film school. 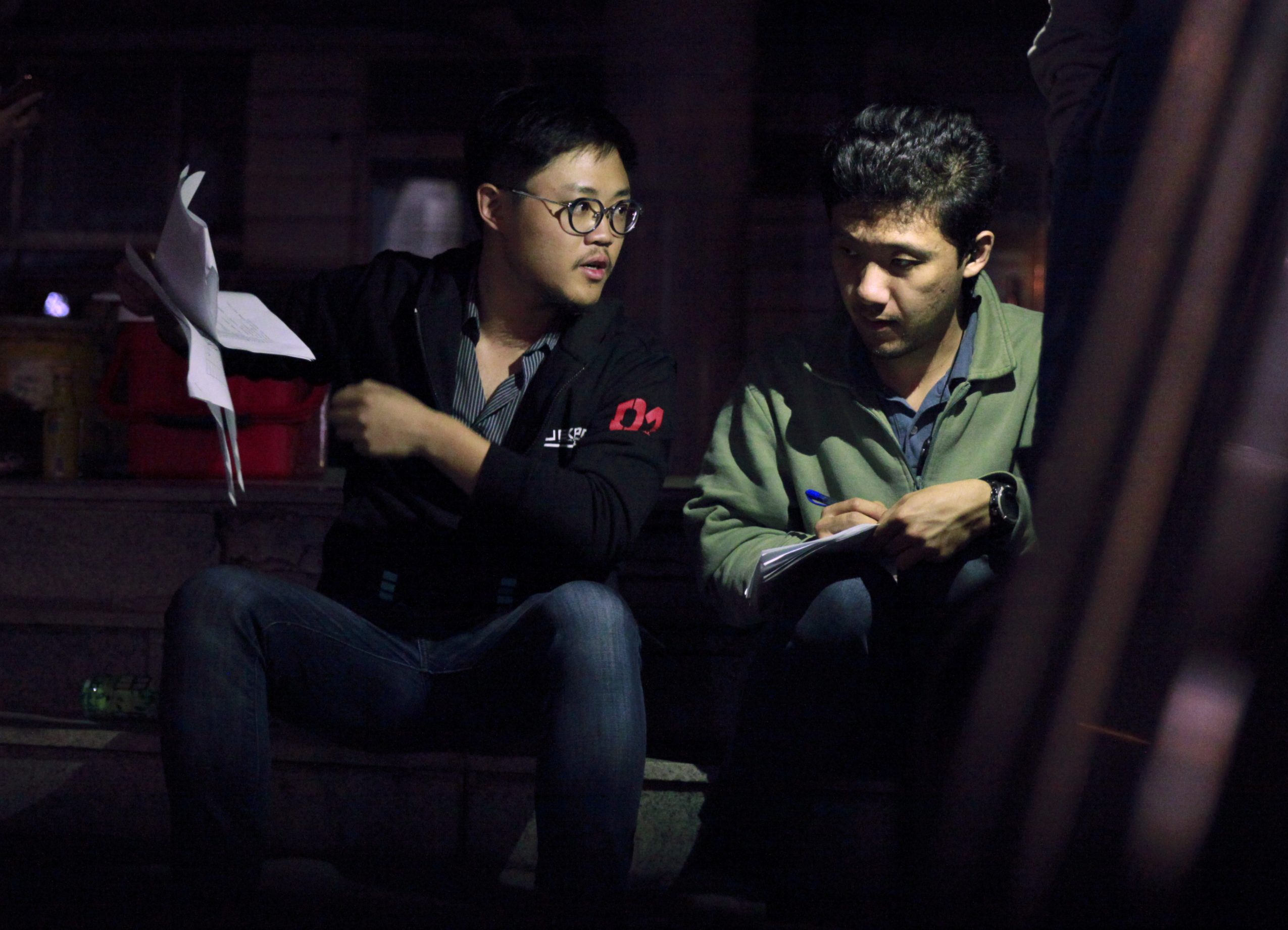 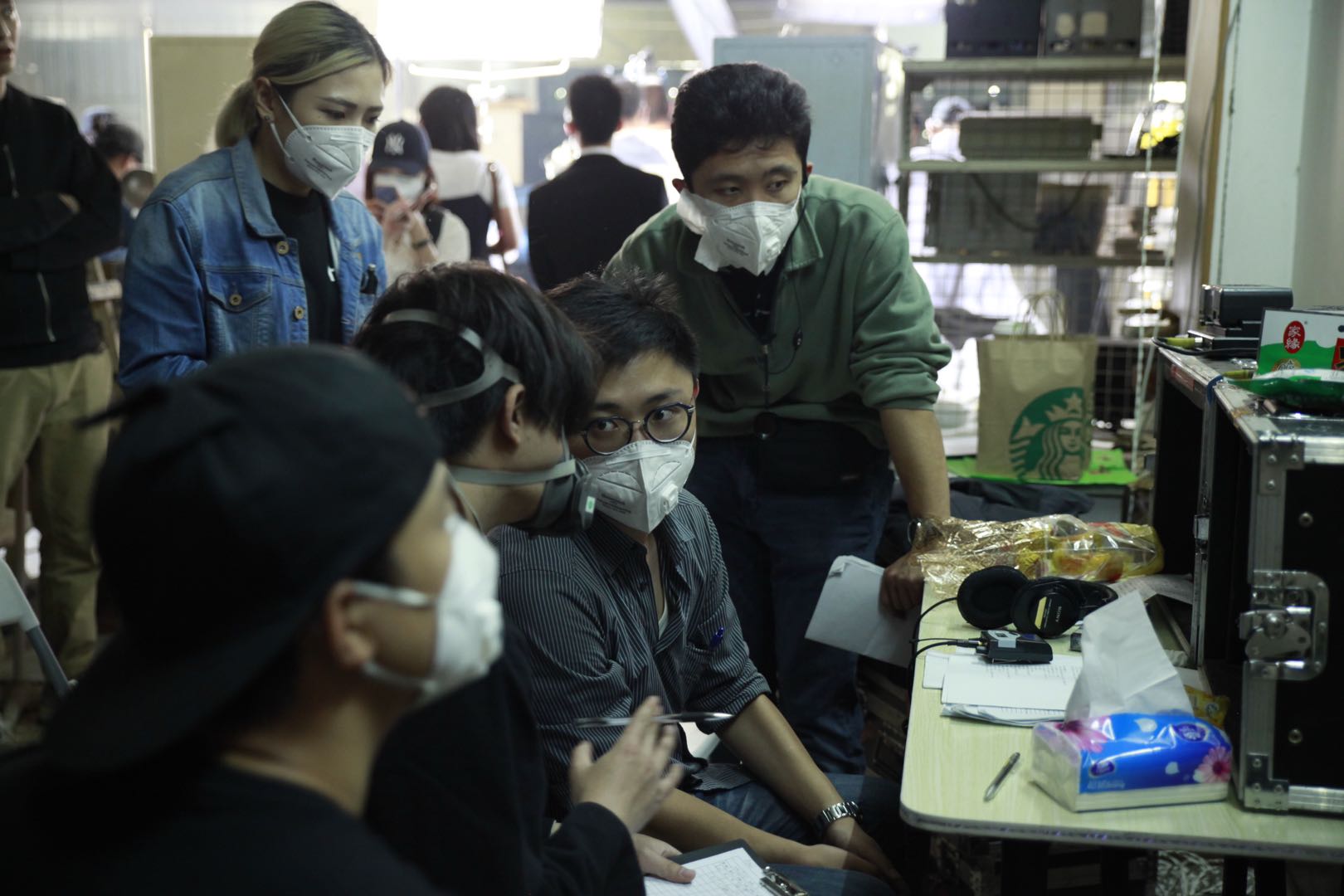 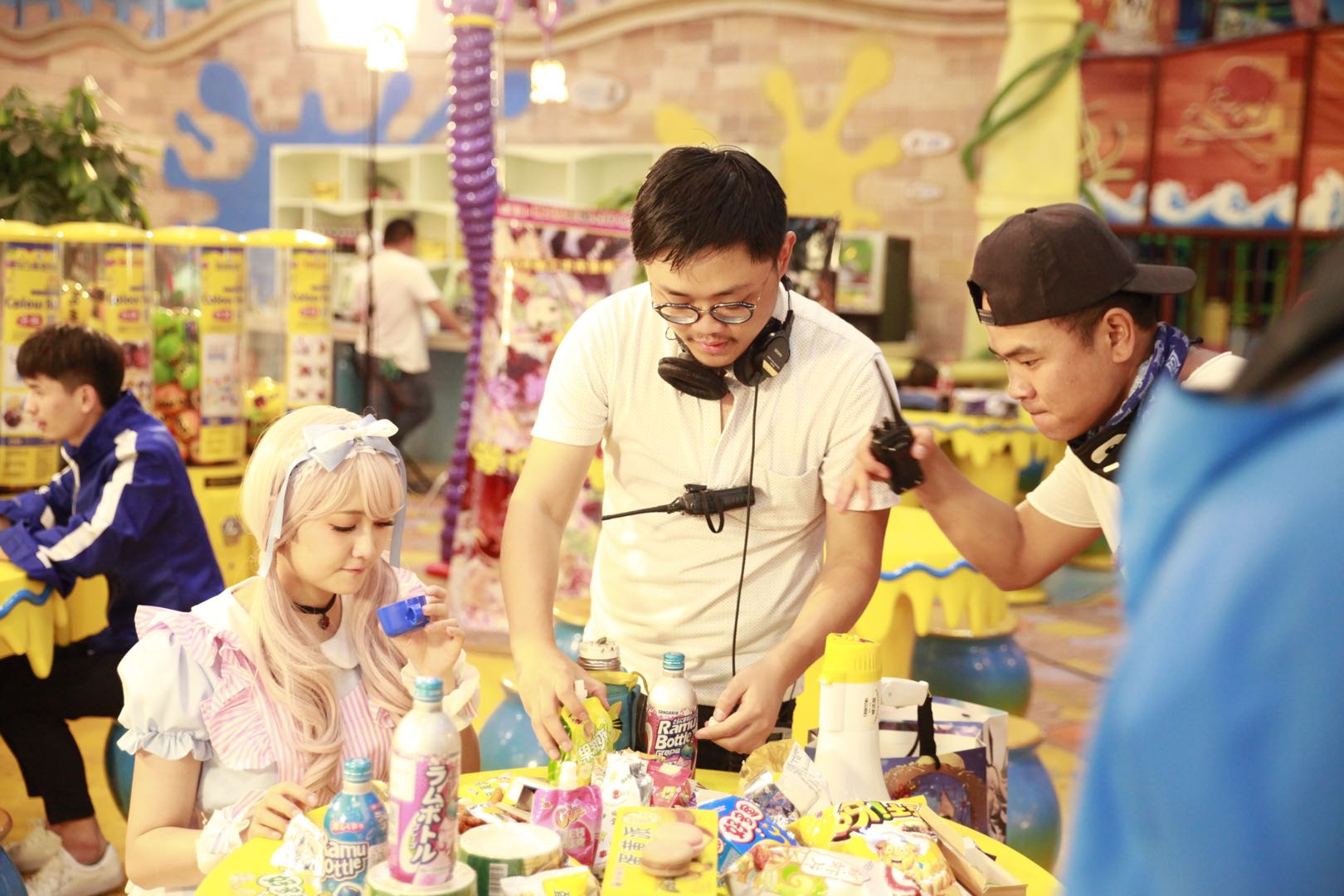 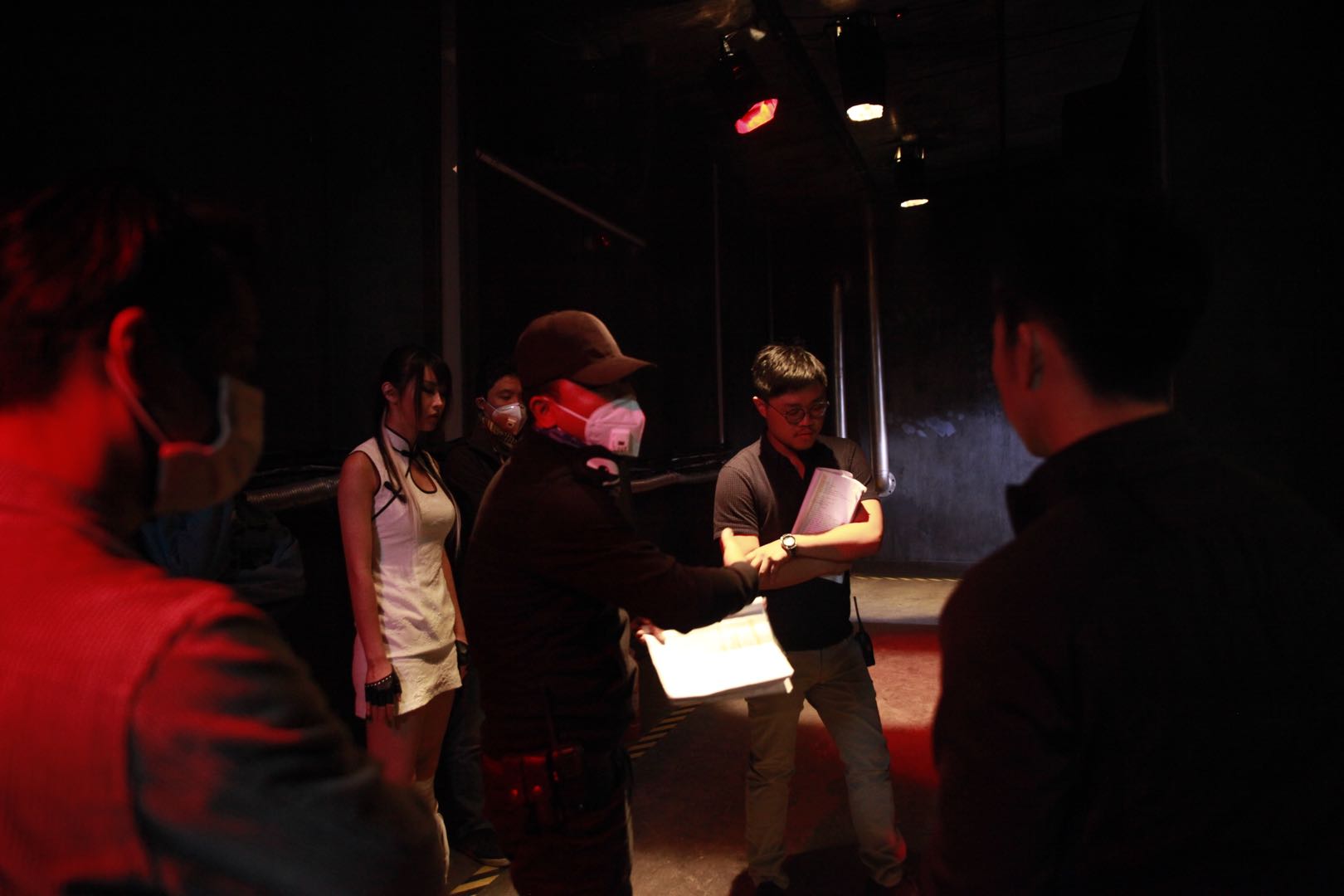