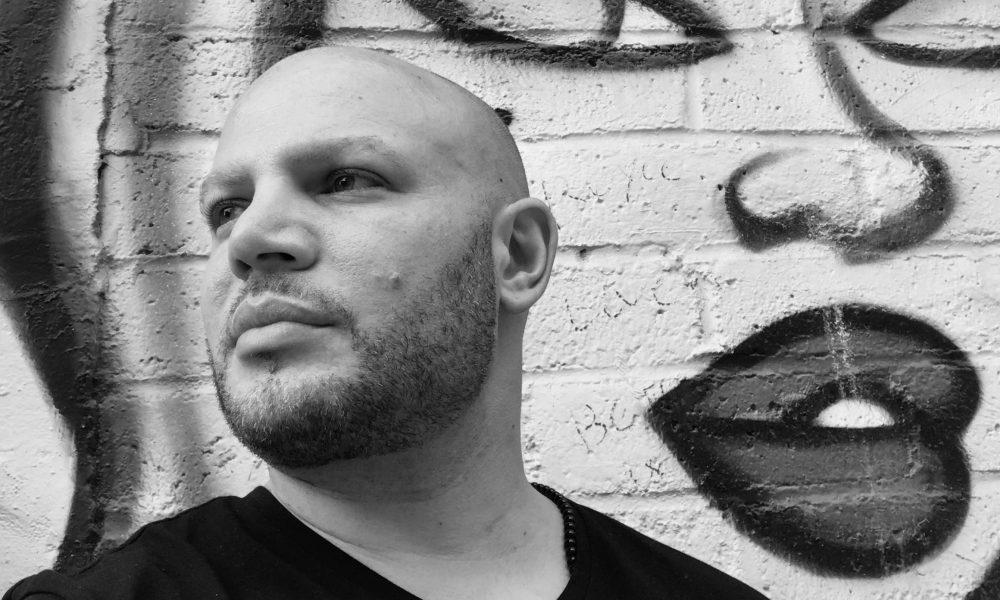 Today we’d like to introduce you to Noah Haytin.

Noah Haytin (AKA “NOH8TIN”) is an active California based visual artist and photographer whose early work rose to prominence in the Bay Area Hip-Hop scene during the 1990’s where he created a signature style of drawing and design. His work has spanned the last three decades where he has worked as a freelancer as well as an original staff member of the now defunct but legendary graphic design firm Phunky Phat Graph-X in Oakland, CA; this small but mighty design firm was responsible for helping form much of the early visual culture of Bay Area Hip-Hop. Noah was also responsible for early iconic logos and photos for No Limit Records, where he served as a graphic artist & representative, as well as other notable creative work for renowned musical artists such as E-40, Mac Dre, Master P, Luniz, & many more. His artwork has appeared in rap music industry publications such as The Source, Rap Pages, 4080, etc.

In keeping this tradition alive, Noah has launched Golden Era Rap Graphics which seeks to create a free online presence of his Hip-Hop industry archives including his collection of promotional materials, memorabilia, and his original artwork. Noah also continues to freelance as a creative who builds on the aesthetic traditions of Hip-Hop’s “Golden Era” (early 1990s – early 2000’s).

Great, so let’s dig a little deeper into the story – has it been an easy path overall and if not, what were the challenges you’ve had to overcome?
Growing up not feeling like I fit into “one box” and not being particularly academically inclined in traditional ways, I found myself doodling in the margins of my schoolwork & getting scolded for it as well; I rebelled at times and tagged walls that I sometimes found myself washing as an in-school punishment for my “vandalism”. I was inspired by the tagging & graffiti crews that “bombed” the streets I grew up stomping around but I also took inspiration from artists who showed off their skills in public murals, art galleries, and museums. I would also be inspired by some of my teachers and as I started to take my art more seriously, I decided I needed to “be legit” if my career as an artist was going to last; I began to keep sketchbooks of my work, take as many art courses as I could, and just get involved in arts opportunities that interested me wherever possible.

Arts courses in high school kept me engaged academically and that is a big part of why I teach art to this day, as well as continue to advocate for it (funding for public art education) and maintain my own practice too. I needed to pass tests and maintain a certain G.P.A. like any other student in order to pursue my goal of higher education and it was my passion for excellence in the arts that kept me driven to stick with it. I eventually received my Graduate degree with a 4.0 G.P.A. which was something I was never able to do prior; arts saved me from many an opportunity to take the wrong path. Ultimately, art saved my life.

Please tell us about Golden Era Rap Graphics.
My work as an artist continues to carry me as I build on the traditions I “cut my teeth” on coming of age in the “Golden Era” of Hip-Hop where rough, rugged, and raw photography, drawings & graphic designs were woven into the fabric of the culture itself. My business now is to document and archive my older work as well as to create new work that pushes the envelope of creative possibilities while also breaking down unnecessary traditional barriers.

Do you look back particularly fondly on any memories from childhood?
Knowing that my creative talent was my calling in life and would ground and support me through adversity is my longest-running and fondest childhood memory. 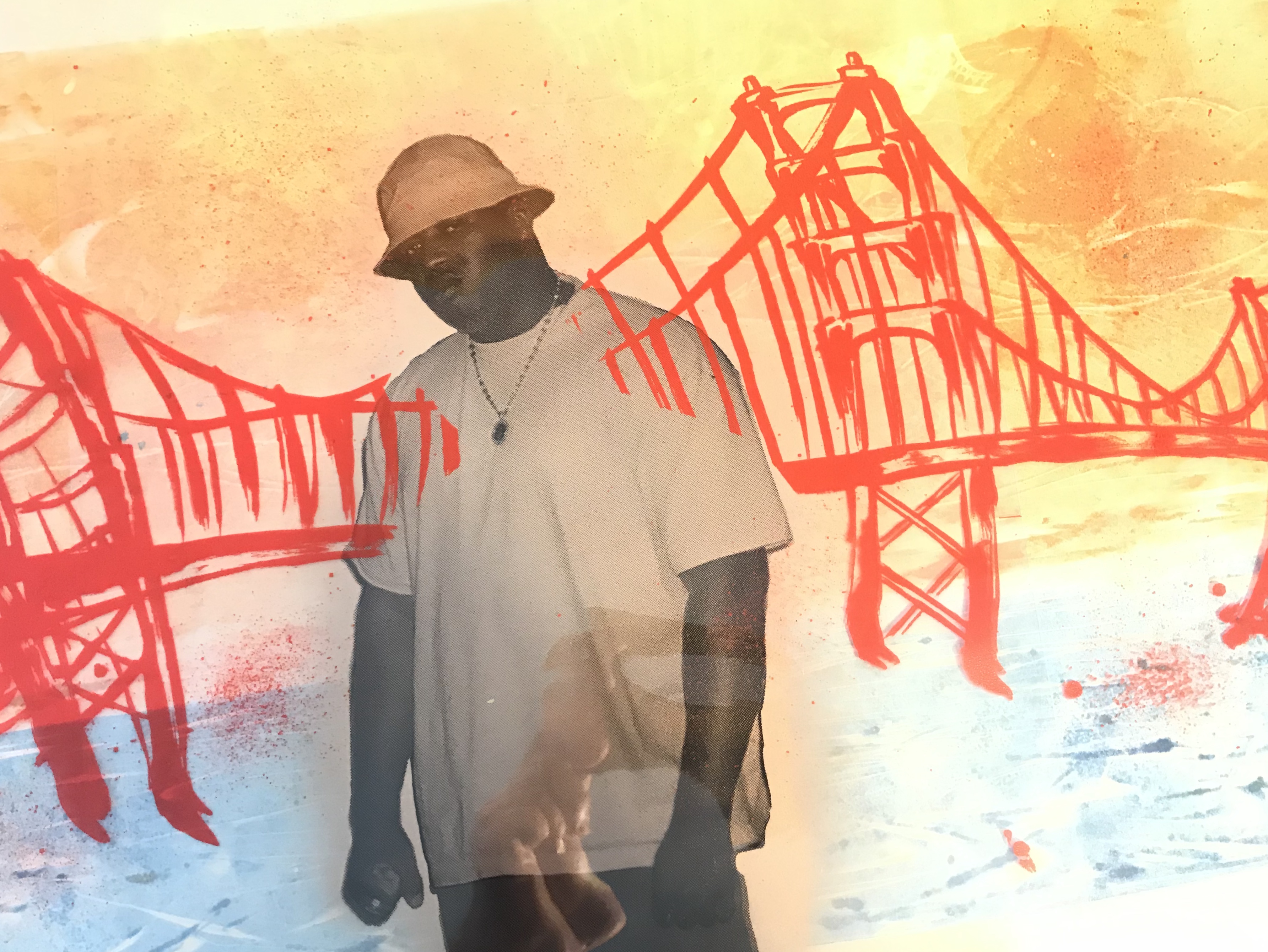 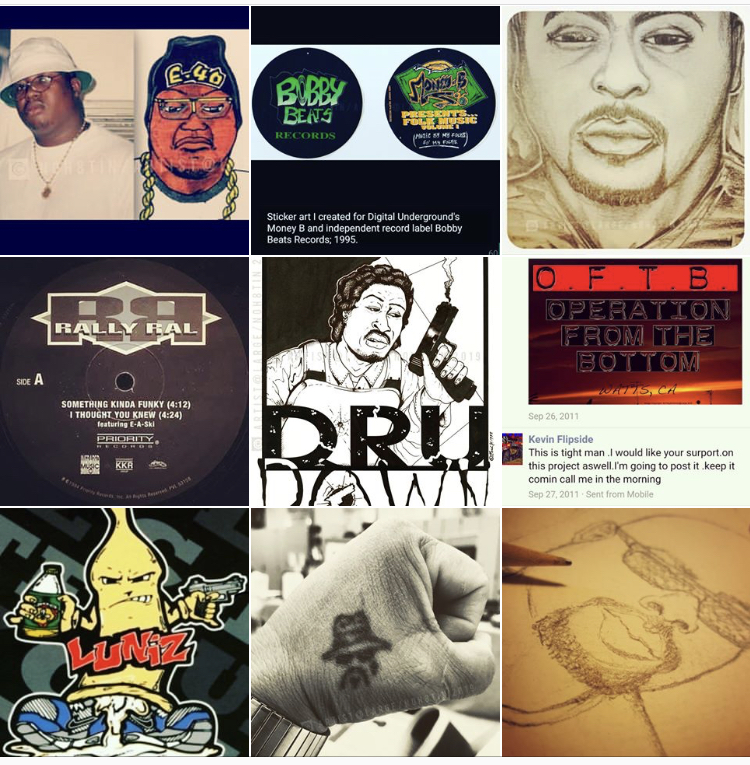 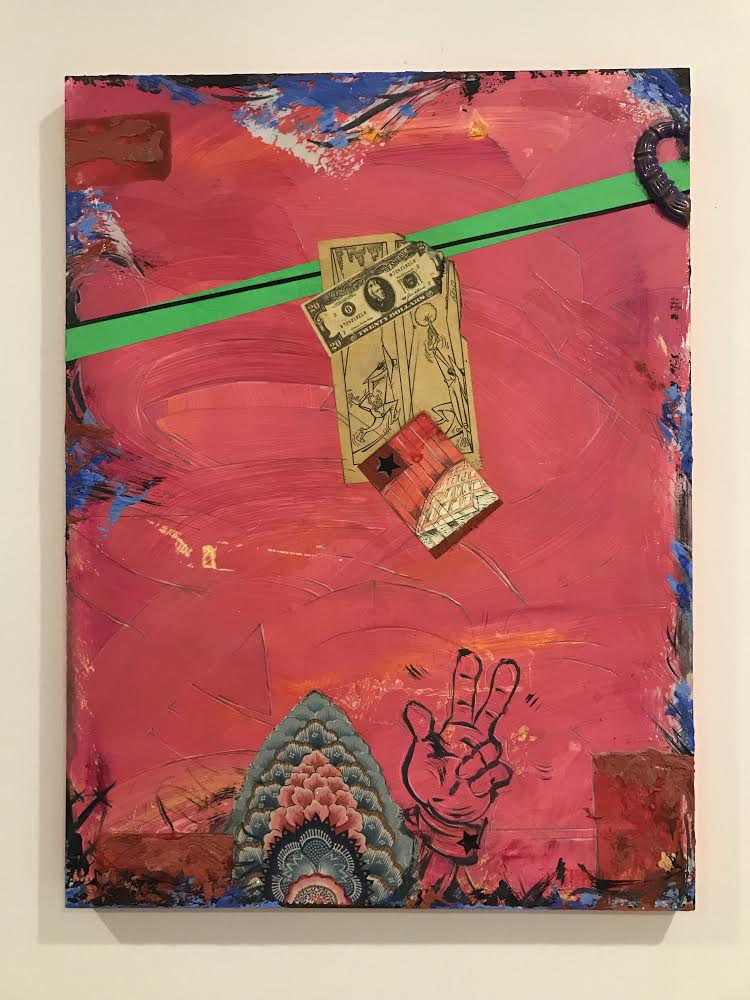 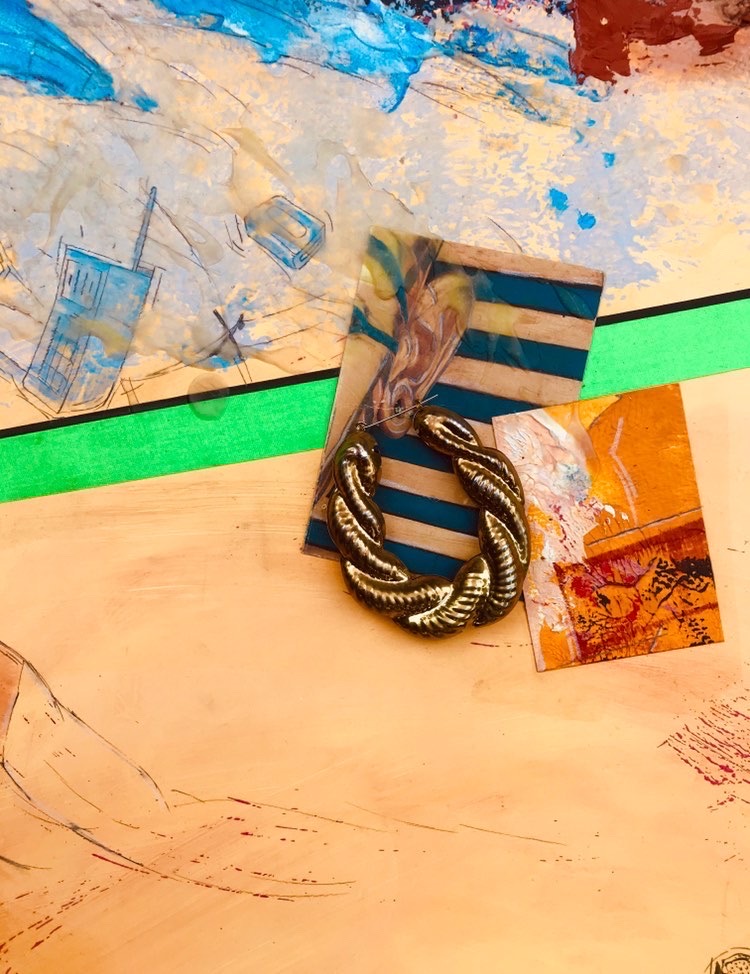 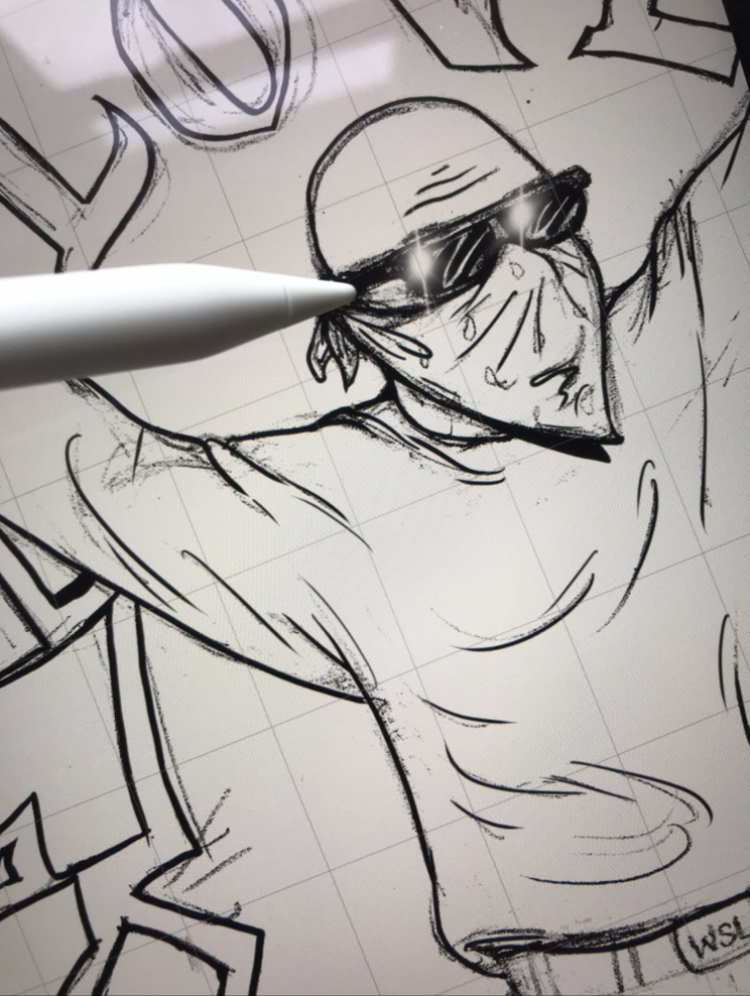 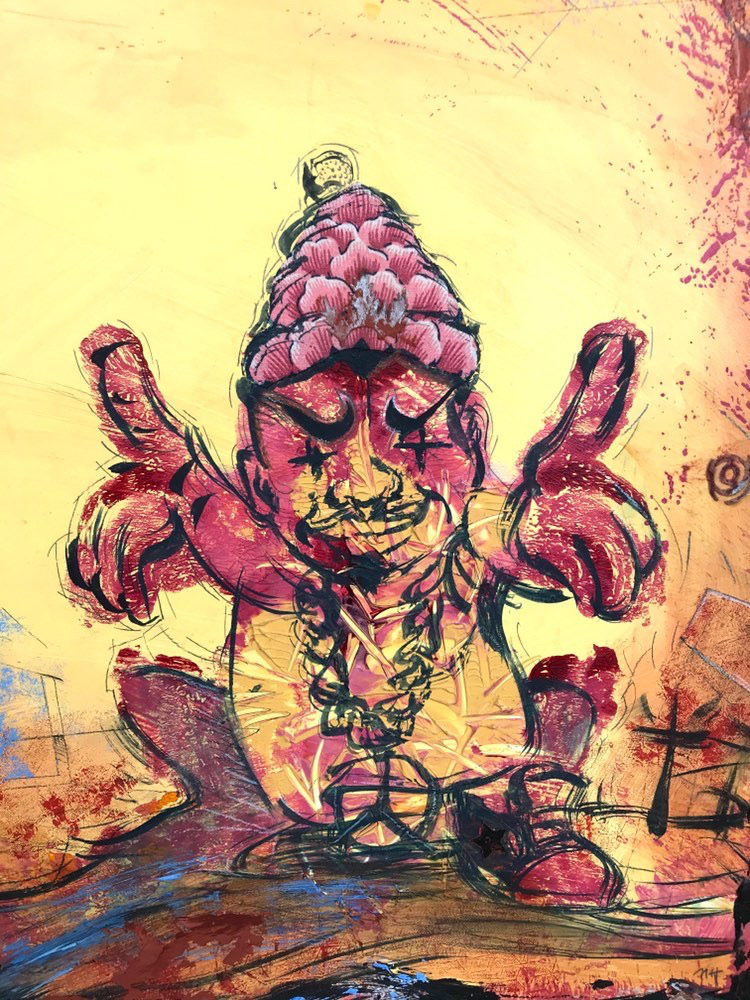