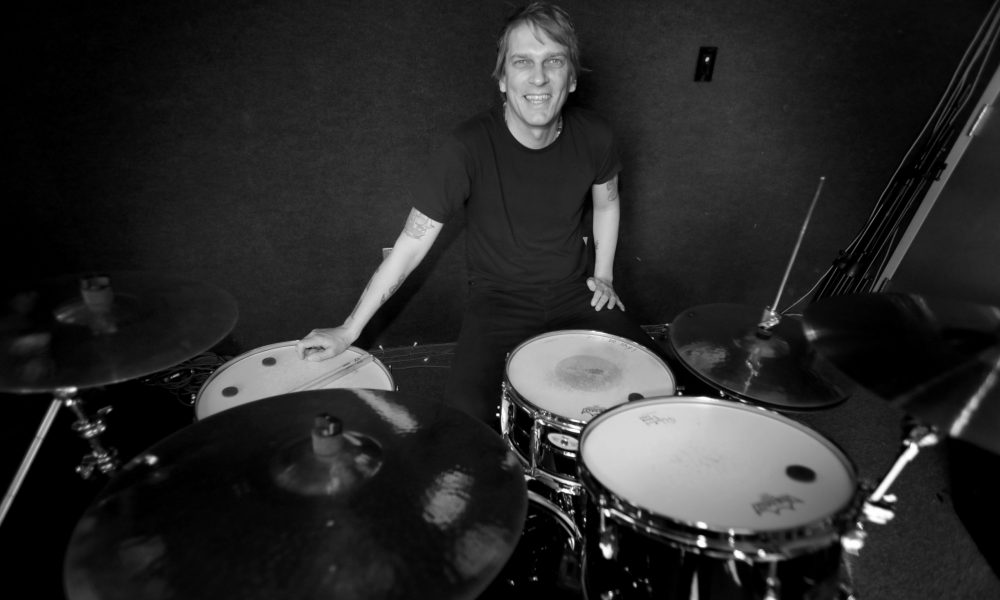 Today we’d like to introduce you to Glenn Fryatt.

So, before we jump into specific questions about the business, why don’t you give us some details about you and your story.
I’ve been playing the drums for over 20 years now and got the opportunity to play those very same drums in the USA and more particularly LA around 3 years ago. I am originally from Portsmouth in the UK but moved to LA from New York and seemingly the rest of New York followed me across the country!

I got the offer to play drums with ‘The Saint James Society’ (who were just about to set up their own LA-based Blank City Records label) and ‘United Ghost’s’ offshoot ‘Black Windmill .’ I really didn’t want to leave New York as it’s one of those places that as soon as I set foot there I felt at home. Clinton Hill in Brooklyn was my New York home and while my heart is definitely still there, change is sometimes good so it was off to LA for a new life.

I’d left everything behind in the UK to move to New York, which was extremely daunting, so leaving New York to start again in LA wasn’t as hard. I took the 3 day Amtrak journey across the US and arrived in LA with the clothes I was wearing, my cymbals, my snare drum, sticks, one bag of clothes and a dream like a lot of people from around the world arrive in the States and LA in particular.

Three years later, I am still playing in ‘The Saint James Society’ who I supported ‘Faith No More’ with at The Troubadour a few months after arriving, I’m playing with ‘Happy Hollows’ with Sarah from ‘Silversun Pickups’ and have just played SXSW with ‘Chief White Lightning’ who is releasing his debut album in June. I have also worked with Gary Numan, The Airborne Toxic Event and Andrew W.K. and managed to increase my vitamin D intake by 1000%!

Great, so let’s dig a little deeper into the story – has it been an easy path overall and if not, what were the challenges you’ve had to overcome?
I was under no illusions that it was going to be tough moving to LA but wasn’t quite prepared for some of the obstacles I found. Moving from the UK to New York was difficult but it was a real shock once I got to LA. I was very lucky that my good friend from the UK (and bandmate in ‘The Saint James Society’), Marc Sallis welcomed me to LA and offered me the couch in his Silverlake couch to sleep on for a few weeks until I found my feet.

I had been able to help Marc out when he needed somewhere to stay briefly when I lived in London so was extremely grateful to him and his offer to return the favor in LA. I don’t think either of us envisaged that a ‘few’ weeks would turn into 52 weeks on his couch before I found my own apartment. In hindsight, we should have recorded that year as I’m pretty sure it would have made for ratings-busting Netflix sitcom!

Even though I was playing with ‘The Saint James Society’ there were various reasons, such as the setting up of Blank City Records that meant gigs and rehearsals with them were a bit thin on the ground. Although I had other musical projects still ongoing in the UK and New York, I was determined to try and break into the LA music scene if at all possible. I didn’t think it would take so long but perseverance, sheer bloody-mindedness (a personality trait from my hometown of Portsmouth!) and luck meant that music work did come and here I am.

Please tell us about Glenn Fryatt.
I am primarily a drummer but also manage to fit in some drumteching and DJing as well as having my own music publishing company back in the UK. I was known for my heavy hitting rock drumming in the UK, as you can hear with ‘The Diamond Lights’ but have enjoyed playing in so many more styles and bands simultaneously since being in LA.

I’m proud that all the hard work that I have put into my drumming from playing with chopsticks on the arm of my Mum’s couch at an early age to going to music college, getting a music degree and leaving my country has paid off and now, I have a rehearsal studio with a window overlooking the 7th Street bridge.

In a rehearsal studio!

Do you look back particularly fondly on any memories from childhood?
I’ve never really thought about having a single defining favorite childhood memory before, to be honest. By all rights, my child should have been a tough one. My brother and I were brought up single-handedly by my Mum, juggling various jobs and making extraordinary sacrifices to bring us up and keep us happy. I cannot imagine how she did it and what she went through but my whole childhood was one of riding bikes, playing football and discovering that I enjoyed playing drums.

I had more than my fair share of falling out of trees, being knocked off bikes, having stitches in my head and getting trapped up 20-foot muddy slopes in Napoleonic forts! As I think about it, pretty much all of them involved my schoolfriend, Andy Hunt who is now an officer in the New Zealand navy.

I’ll get loads of stick for saying this but as I think about it my favorite childhood memory is not a memory per se but just that I got the chance to grow up with Andy Hunt by my side in a Stand By Me manner. Sometimes, I’m amazed we’re alive. We certainly got in a few scrapes and adventures! 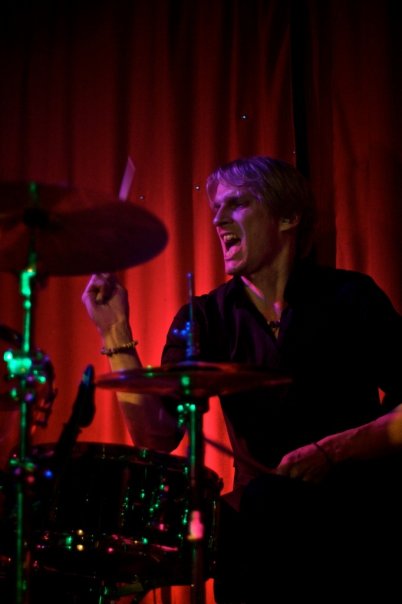 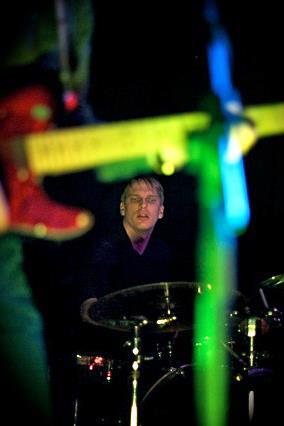 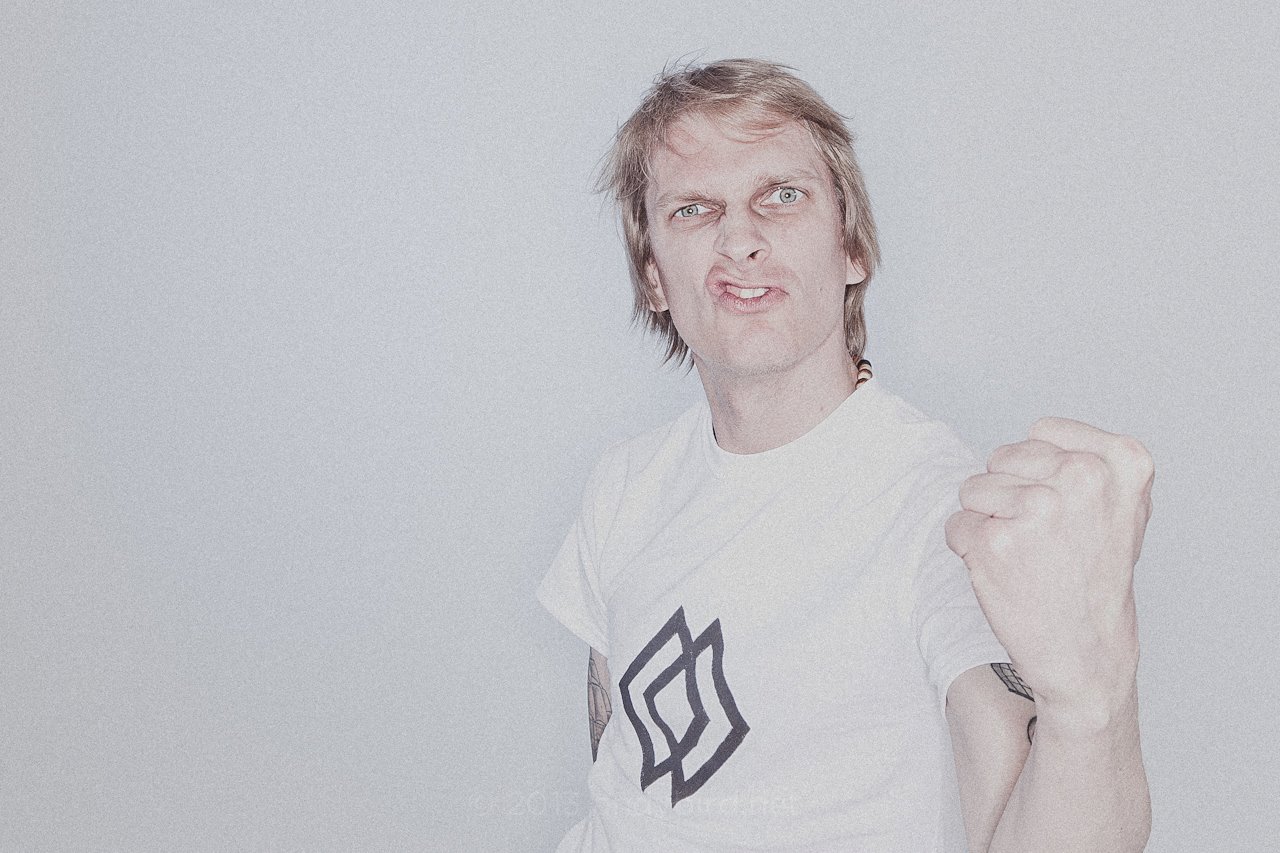 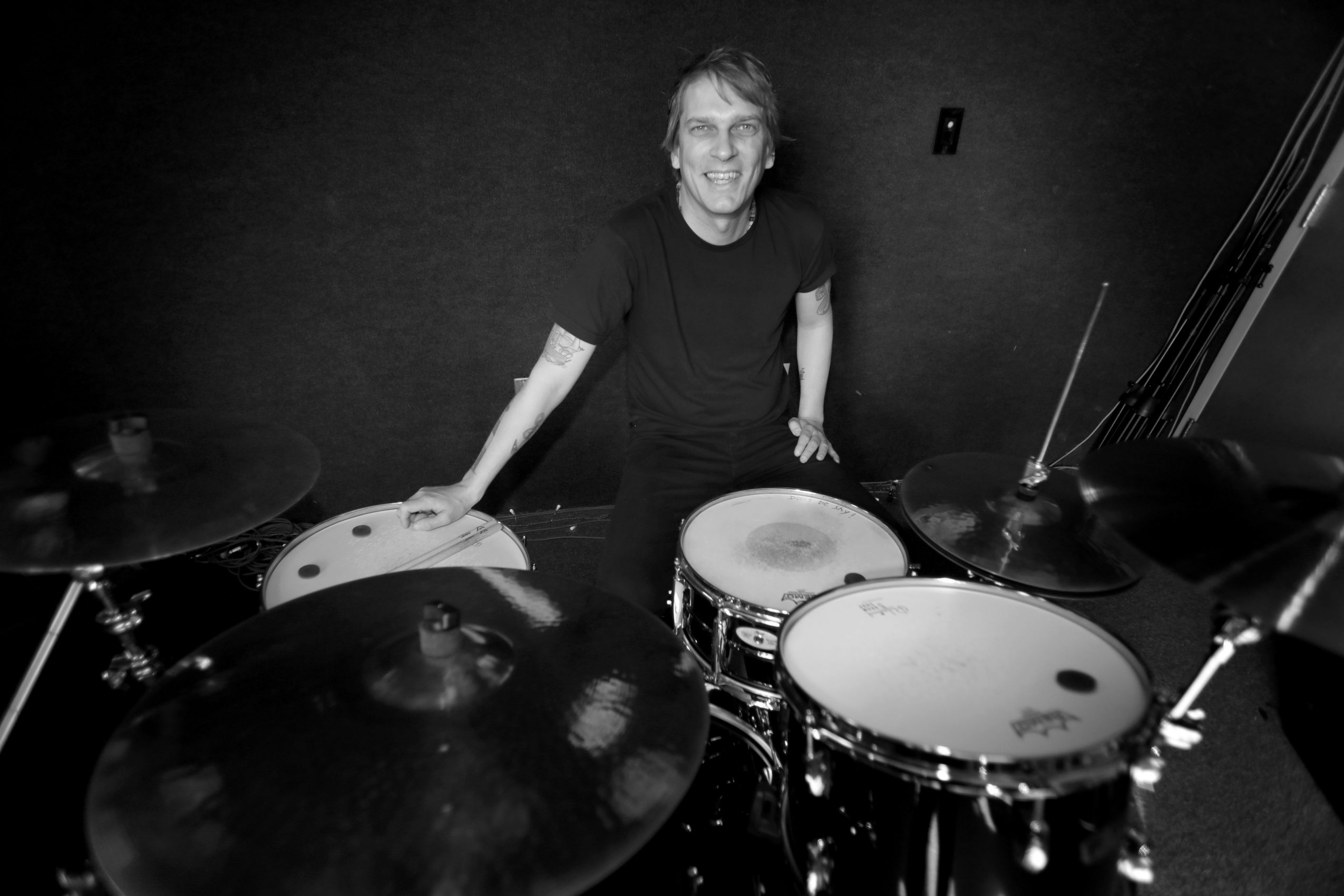 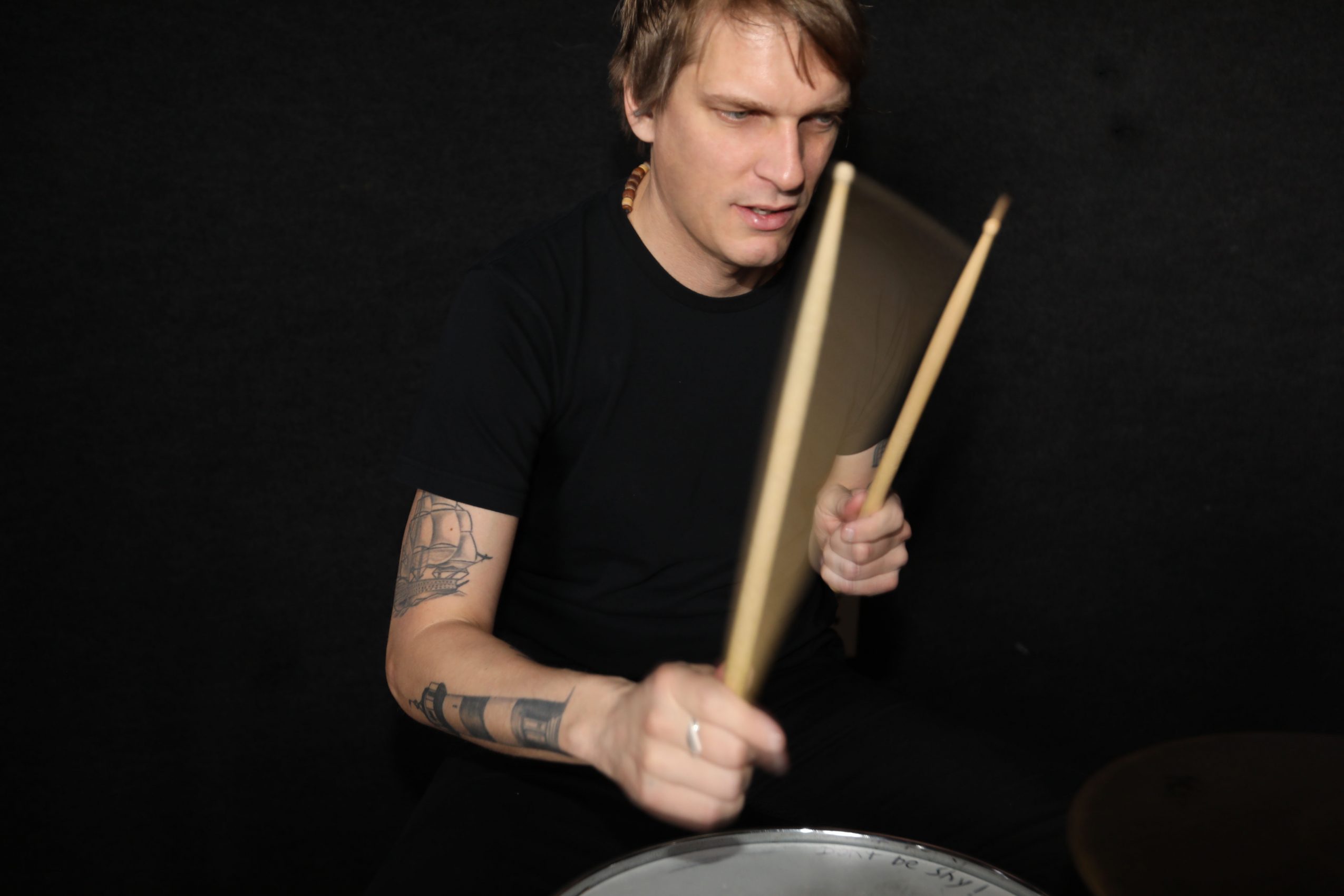 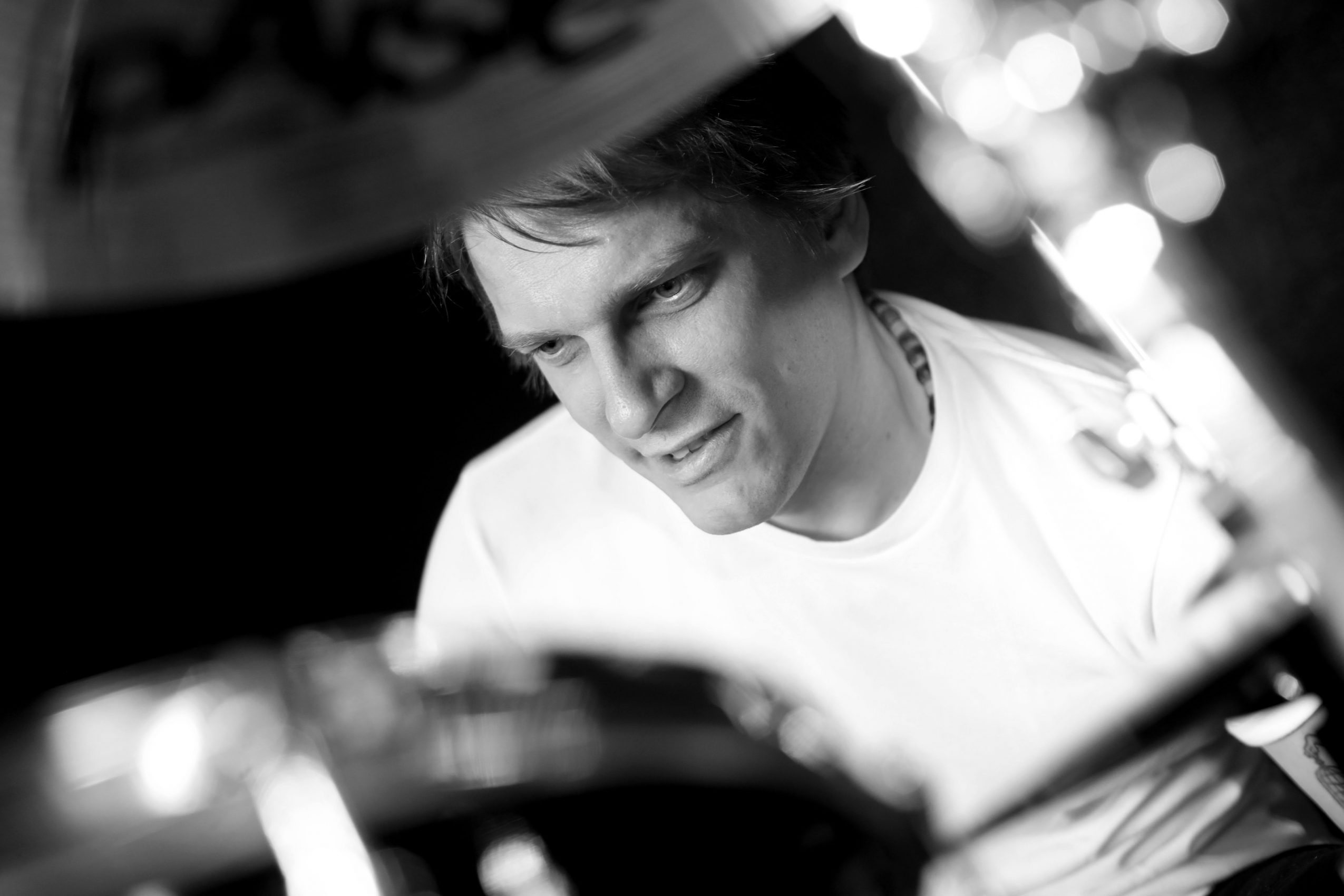