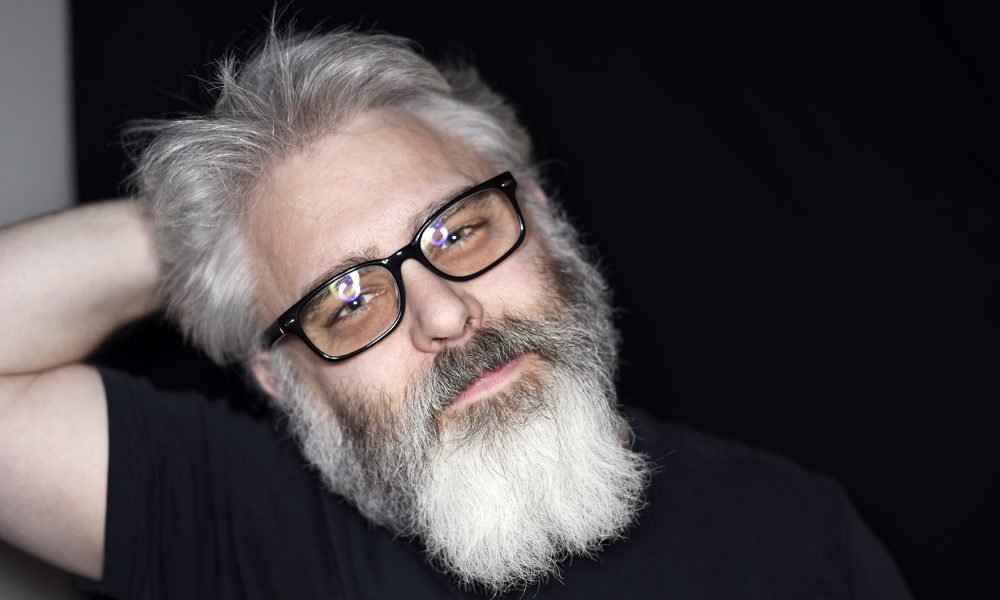 Today we’d like to introduce you to Geoffrey Ashley.

Thanks for sharing your story with us Geoffrey. So, let’s start at the beginning and we can move on from there.
FRONTIERS is an award-winning, indie, underground, cyberpunk, sci-fi comic book series. It has been called “a PULP FICTION STAR WARS” and tells the humble story of a man destined to destroy humanity… and why that really isn’t such a bad thing.

FRONTIERS is also my passion project and life-long labor of love, begun by a 12-year-old me — inspired by all the science fiction I enjoyed growing up — who wanted to be Han Solo, Luke Skywalker and Captain Kirk, but who ALSO wanted to be George Lucas and Gene Roddenberry.

By the way, I still want to be all of those people. As I grew and (allegedly) matured, so did the project, ultimately becoming the sexy, violent, romantic, adult and genre-bending adventure series it is today, full of dark comedy and subtle social commentary.

This fall, the fourth issue will debut and the first four issues will be collected into the Volume One graphic novel. To coincide with this achievement, I will also be releasing a podcast adaptation of the comic. I hesitate to call it an “audio drama,” because that sounds restrictive and boring. But it’s definitely an “audio comedy/adventure/romance/drama podcast.”

The podcast features a troupe of amazing actors who bring to life the razor-sharp dialogue — which has always been a staple of FRONTIERS — in a way that reading it on the comic page doesn’t quite capture. But together, the graphic novel and the podcast help build an amazing world of thrills and romance unlike any other.

Has it been a smooth road?
FRONTIERS began as a pilot for television. However, genre projects these days rarely get made unless they’ve proved themselves in another medium. And, since I was also looking to tell the story in a more visual format, translating the pilot into a comic book was a logical next step. However, since my drawings tend to be more of the stick figure variety, finding an illustrator was going to be crucial.

I began hunting for an artist who could do a series of drawings to be used in a crowdfunding campaign… because art costs money and that’s how everybody does it these days. You’d think in a city as big as Los Angeles, such a search wouldn’t be so hard. But, you’d be wrong.

I started down the road a few times with a handful of different artists. But, whether they had to abandon the project because higher-paying work came along, because they were nuts or because they just “ghosted” me, each one proved to be a false start.

In frustration, I (once again) searched “how do I find a graphic novel artist?” But this time, fate sent me to a discussion board. There I found Adrian9, an artist advertising 22 consecutive pages of art AND a cover for a price I could actually afford out of pocket. His work had a raw style that fits really well with FRONTIERS. And his composition and use of movement were especially intriguing. Plus, working with him would mean no long crowdfunding campaigns. I could deliver FRONTIERS to the comic-reading public FULLY-FORMED.

So, with my wife Sarah Allegra pitching in with editing and coloring, we embarked on a two-year journey to bring FRONTIERS to the pages of the comic book world. Adapting to the comics to a dramatized podcast was comparatively easy. The genre is a little closer to my writing and filmmaking background. And I already know a host of talented actors, including one — Dan Donohue — whose insight from his experiences self-recording for voiceover auditions gave me the resolve to move forward with this and realize my simple mantra for the podcast project: “it can be done!”

I made a “free to say ‘no,’ but…” pitch to several of the actors I know and each one of them responded with amazing, immediate and positive enthusiasm. So, I piled the cast (Dan Donohue, Katherine Cunningham, Libby Matthews, David Anders, Marieve Herington, Casey Thomas Brown, Wayne T. Carr, John Harnagel and the man I call the “Swiss Army Voice,” Bobby Gilliam) into a recording facility, offered to me by an incredibly generous voiceover agent friend, and set out to record an audio drama… comedy… adventure… show… podcast!

I’m currently deep in the throes of editing both the podcast and the comic book’s fourth issue right now, so every spare moment I have is spent on a computer and away from everything else. But, I’m bringing my dream to life. So, I’m not complaining!

So let’s switch gears a bit and go into the FRONTIERS story. Tell us more about the business.
FRONTIERS is unique among comic books, in my opinion, for many reasons. The dialogue and writing are just as important as the visuals. It appeals to women, as well as men. And it’s written for adults. It’s funny. Romantic. Charming. Violent. And it has something to say about love and fate and the dangers of capitalism run amok.

There’s just nothing quite like it out there today. In graphic novel or podcast form. And you’ll be able to check it all out in person during several comic-con appearances this fall:
-Long Beach Comic-Con: September 8 – 9 (Saturday and Sunday)
-NerdBot-Con: Saturday, September 22
-Los Angeles Comic-Con: October 26 – 28 (Friday through Sunday)

How do you think the industry will change over the next decade?
I see comic books and graphic novels continuing to explode in popularity. As television and film increasingly mine titles for their next blockbuster movies and series, there will be a continued rush to get published product out there. And I think indie titles like FRONTIERS will be a big part of that since that’s where the most unfettered creativity is.

On the narrative/fiction podcast side, FRONTIERS is on the leading edge of what I think will become a huge wave. You’re already seeing more and more fiction podcasts, many of which blur the lines between reality and fiction. Others are the modern-day version of the radio series, telling fantastic tales. Hollywood will be plundering those podcast ranks for projects, as well. And I can’t wait! 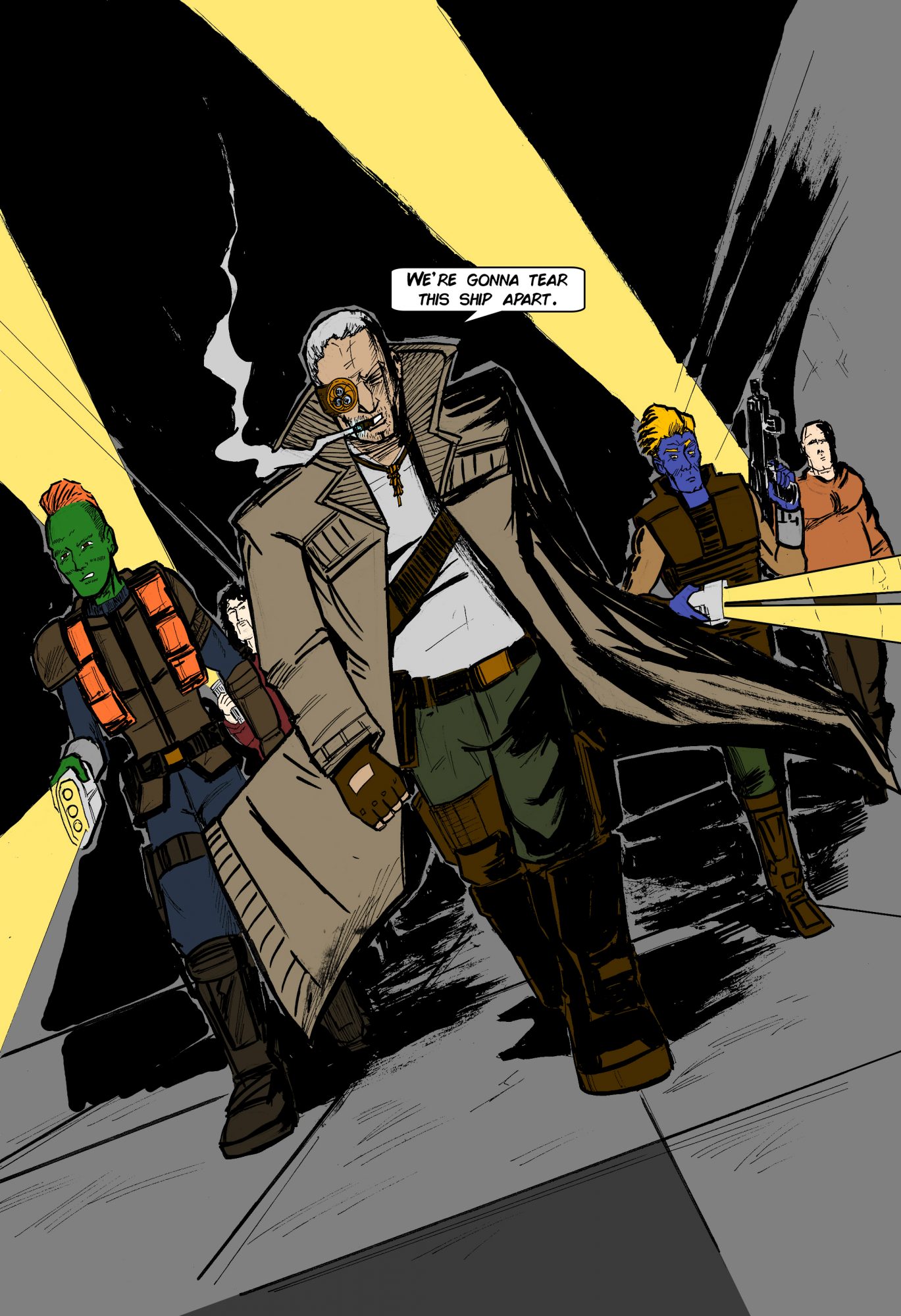 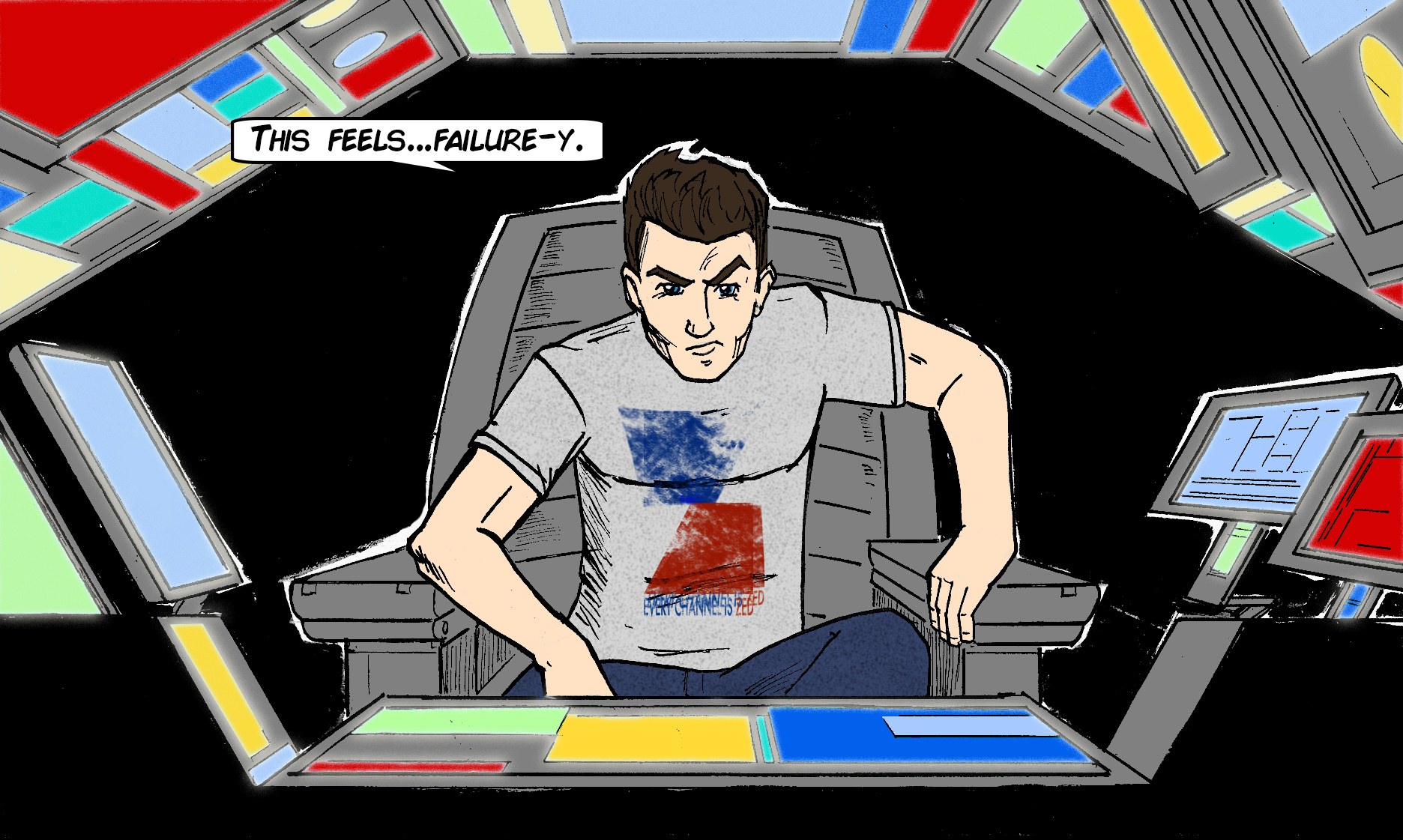 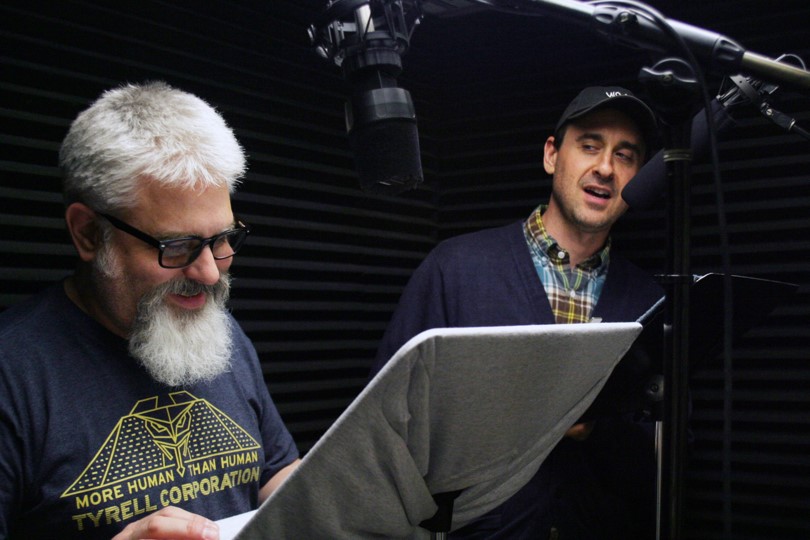 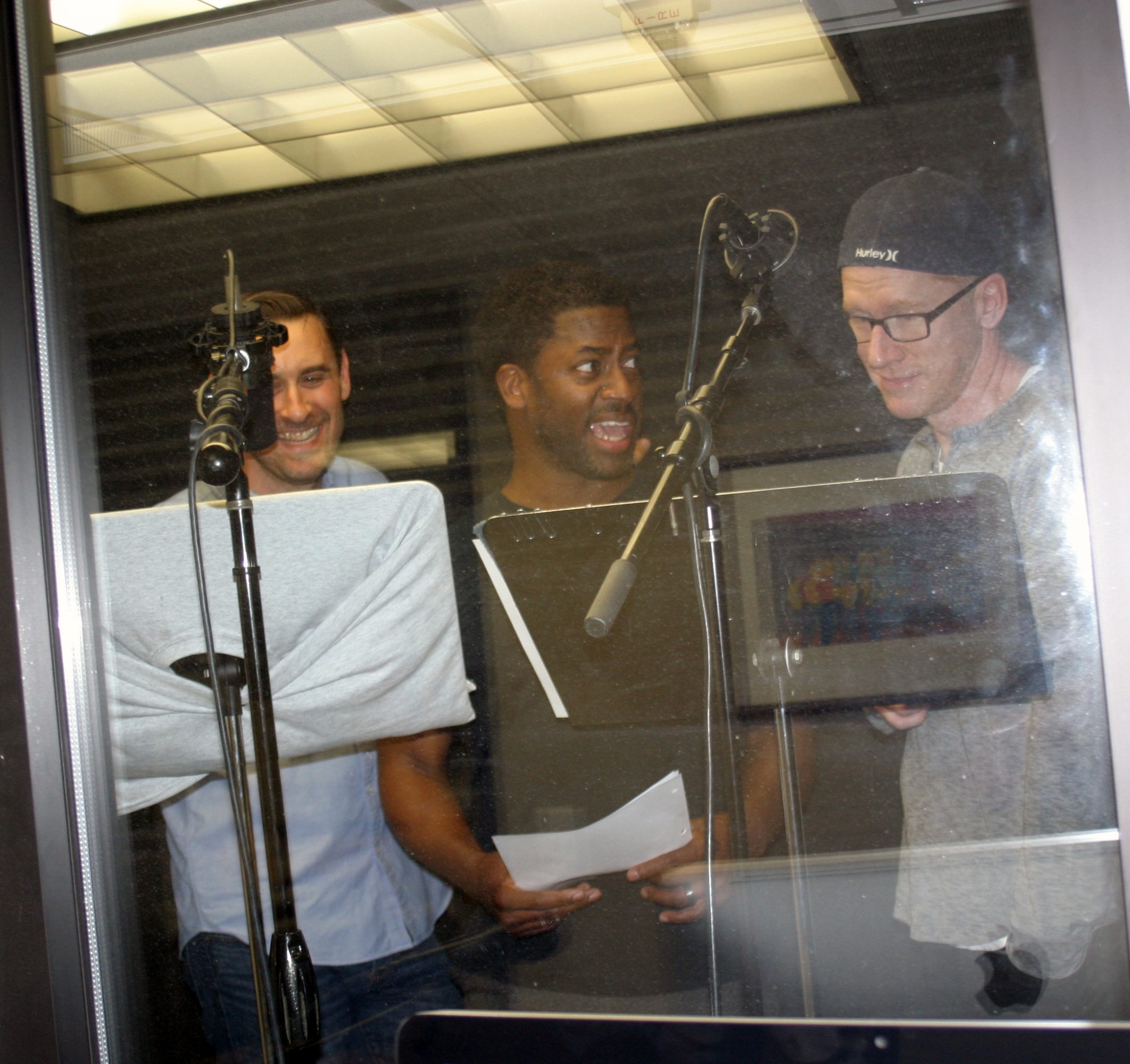 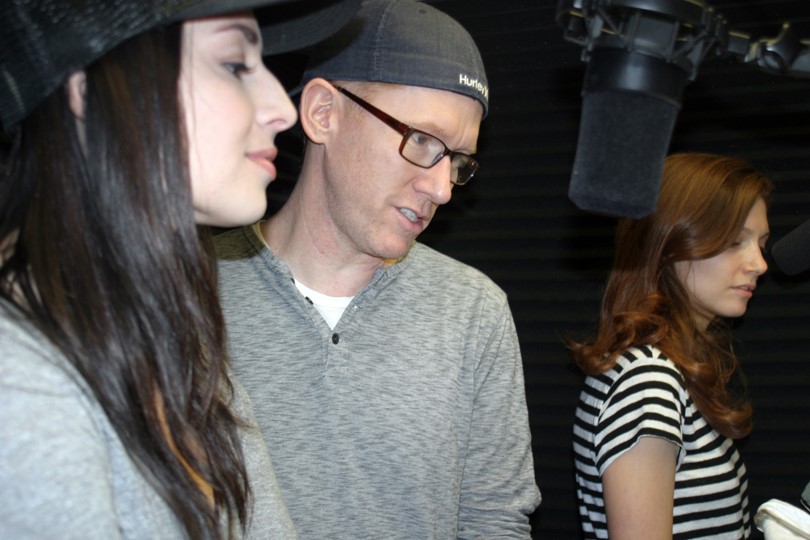