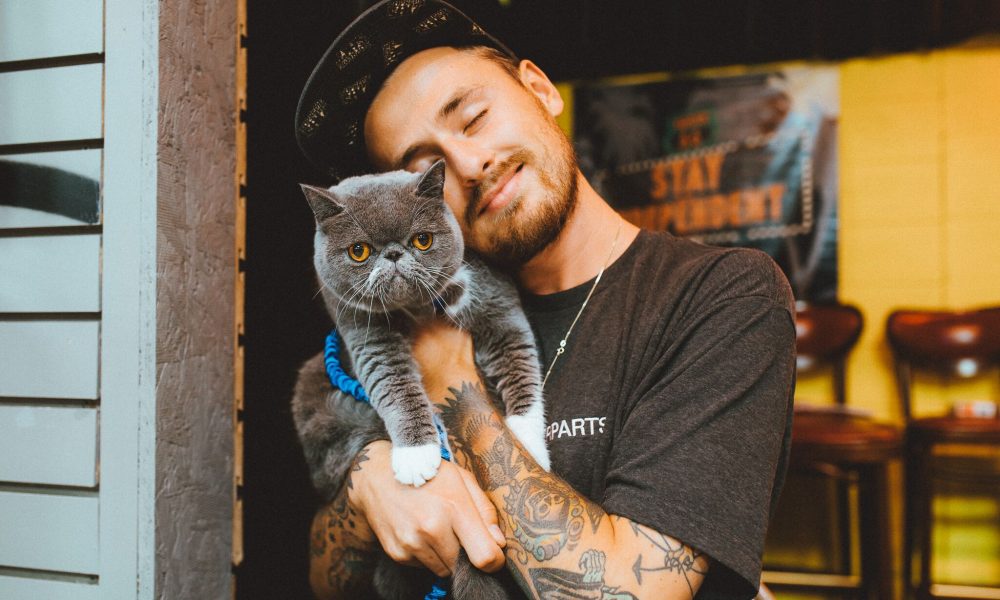 Today we’d like to introduce you to Fil Thorpe.

So, before we jump into specific questions, why don’t you give us some details about you and your story.
I was born and raised in the countryside of Northern England. I was always interested in music and from around the age of 12/13 when I found punk rock/pop punk, I felt like I had found my calling.

I became obsessed with bands like blink 182, green day, new found glory, good charlotte ETC and started learning to play guitar. Through that, I found more heavy music and different types of alternative music and continued to grow and develop and started making my own songs and bands to try and be like my favorite artists.

Fast forward a few years, I had being in and out of different bands and was doing my first year of more legit touring with my first touring band called Climates. Through that band, I met a couple of the dudes that would end up making up the line up to my first real actual successful band called ‘Neck Deep’.

Neck Deep started and took off super fast, honestly it would take an entire book to explain the full story and how it all happened but ill just say that we were making the exact right type of music at the exact right time and it went super well and super fast for us.

We toured and toured and toured, usually 8-9 months out of the year and was starting to see real growth and was able to headline in the US in decent venues on our first US tour which is unheard of for a UK band. We did warped tour three times and ended up supporting bands like Good Charlotte & Blink 182 on the road.

The trajectory continued and our 3rd studio album “The Peace & The Panic” debut at #2 in the US Billboard album chart and #4 in the UK.

After the album cycle of that record, I decided to step out of the band. I had been in it since day one which was around seven years at that point and I had started to develop a much deeper interest in music production and different genres and just wanted to try new things.

I then released my first solo single under the name ‘Prblm Chld’ which is my solo electronic/pop producer artist project. The song did pretty well and even though the project was more for passion that anything too serious I decided to continue release music with it whenever I felt like.

I also started a cinematic/rock/pop sync project which is still currently offline but ill be releasing material with it very soon.

Which brings us to now… I live in Los Angeles, I am a songwriter/producer and my own project electronic/pop artist project called ‘Prblm Chld’.

Great, so let’s dig a little deeper into the story – has it been an easy path overall and if not, what were the challenges you’ve had to overcome?
Being a touring musician is always hard even when things are going great. Spending so much of your life away from your friends and family back home is always super hard and living out of a suitcase isn’t easy either.

The other really difficult thing I faced in those years was losing my father whilst on the road. It happened really suddenly the day before I was due to fly to Japan to start a big tour. My Mum called me to tell me and it was really really hard even knowing what I was supposed to do. Going through that and everything that came after it was for sure the hardest part of my journey so far. I had to continue touring cos I didn’t wanna let anyone on my team down or any fans down but standing on stage with that stuff on your mind is not easy.

There was lots of other obstacles to overcome on the path but that was for sure the hardest and I don’t think there will be anything else harder going forward.

Can you give our readers some background on your music?
I am a songwriter & producer. I also act as a session musician for touring artists and I have worked as a musical director for other projects.

What moment in your career do you look back most fondly on?
I’m lucky enough to have had quite a few proudest moments and it’s really hard to pick one.

If I HAD to pick one specific …. probably be when I found out our album was the #2 record in the US but in terms of RIGHT NOW…

I think the thing I am most proud of right now is my producing. Mostly because I didn’t start learning to produce until a few years ago, right at the end of my time in my band ‘Neck Deep’.

I worked super hard for basically two years straight to try and learn production fast enough to keep up with what was out there and I think I have done a pretty good job. Most times when I share my production work, people are shocked at how long I’ve been doing it and that’s probably the thing I’m most proud of. 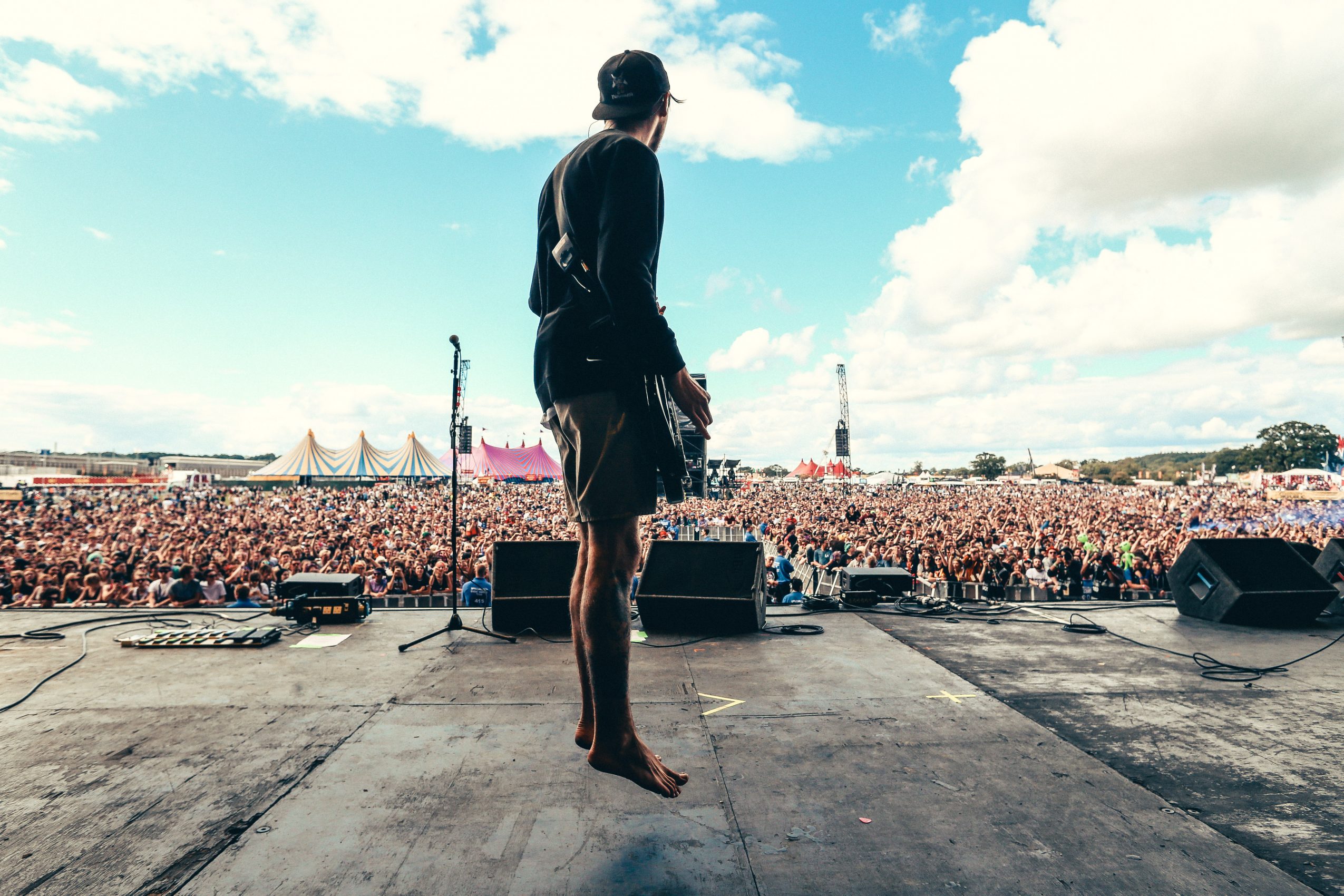 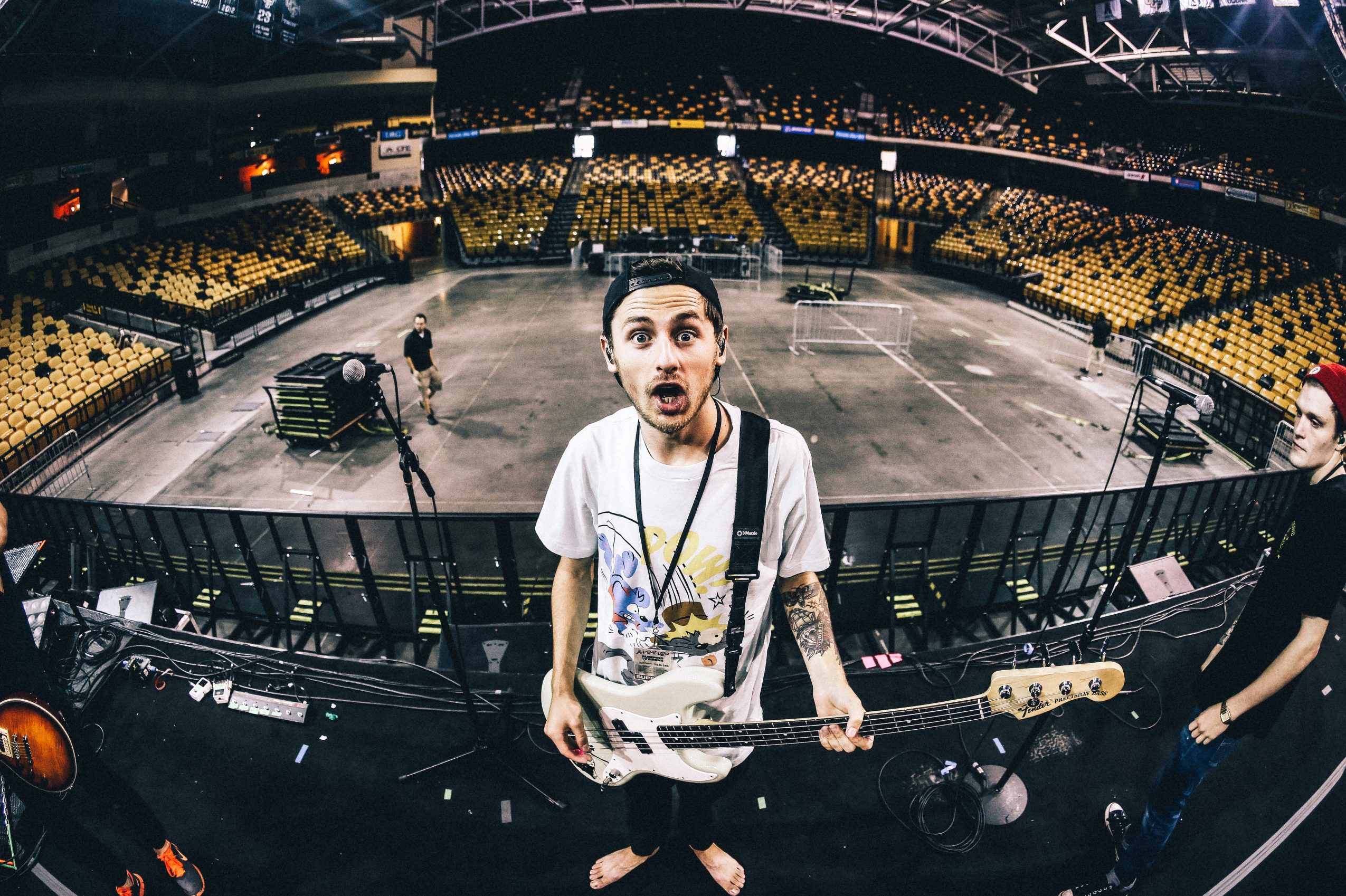 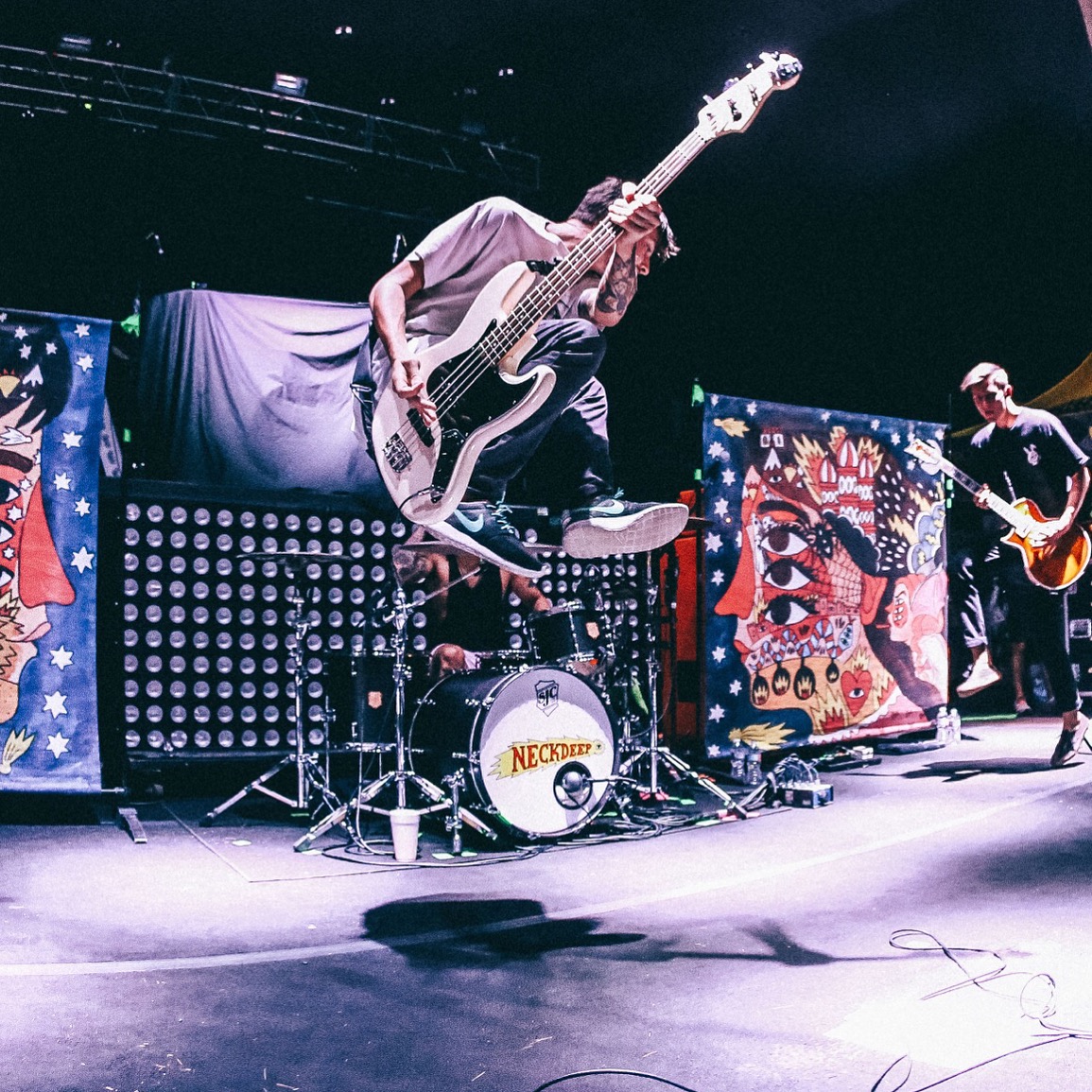 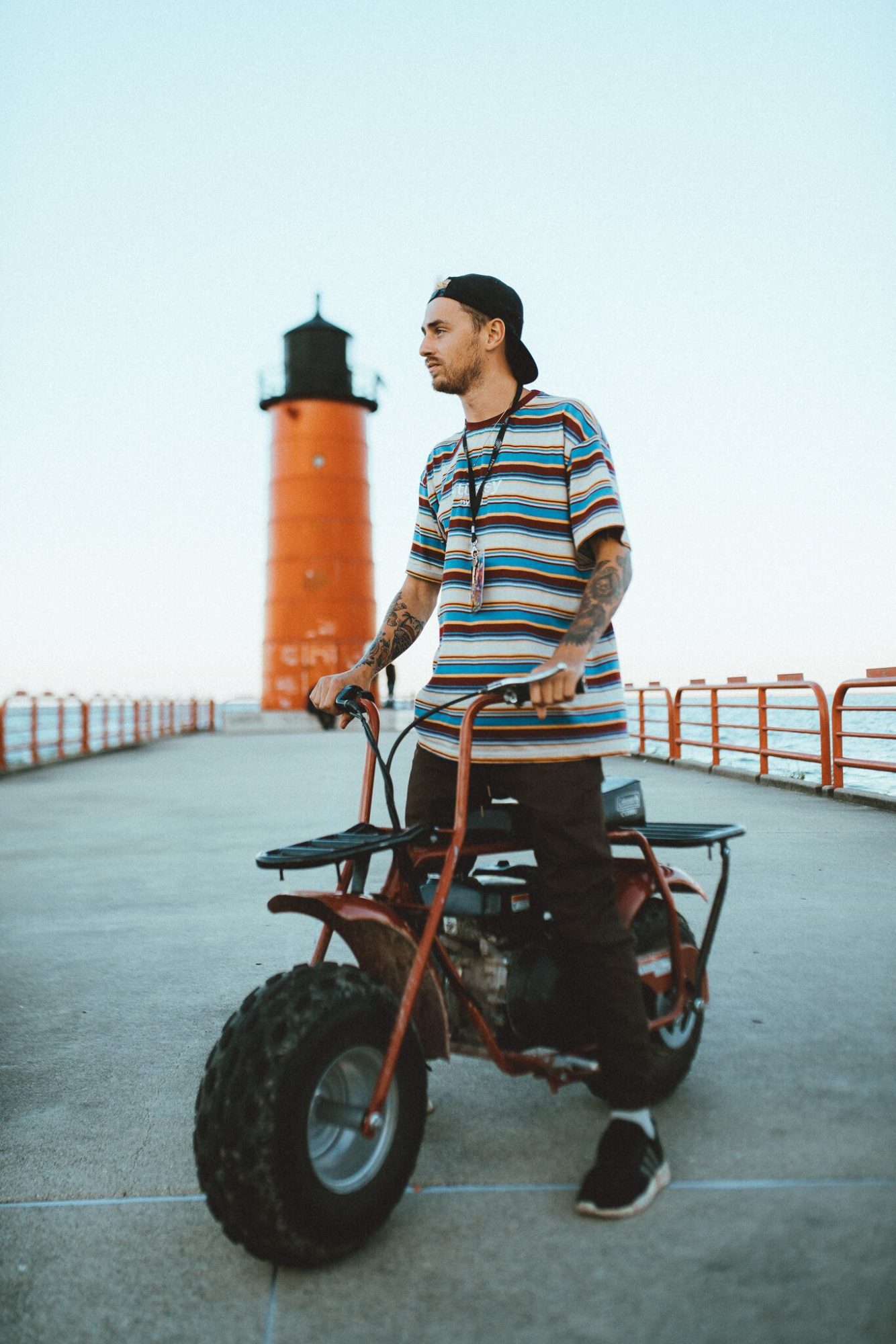 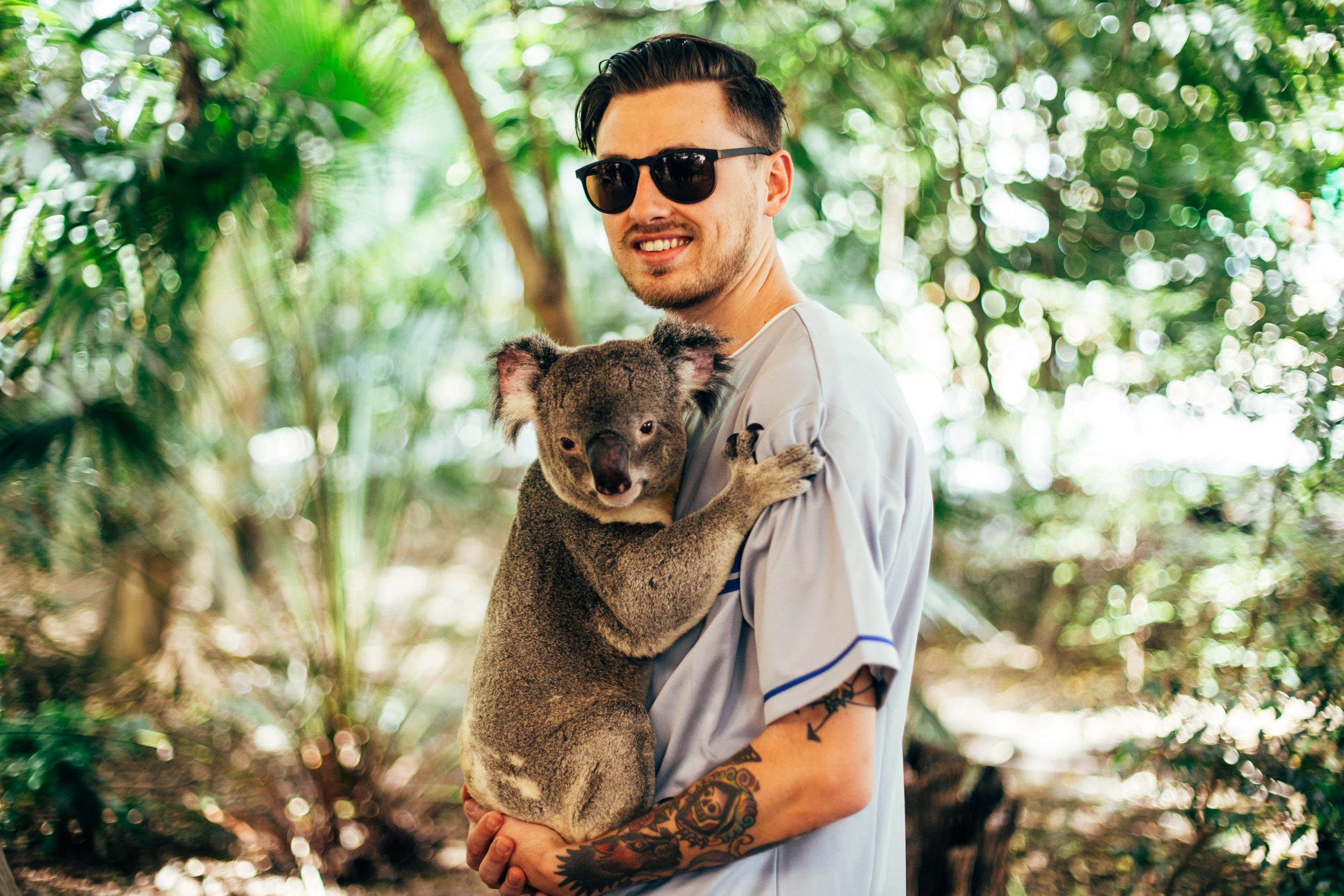 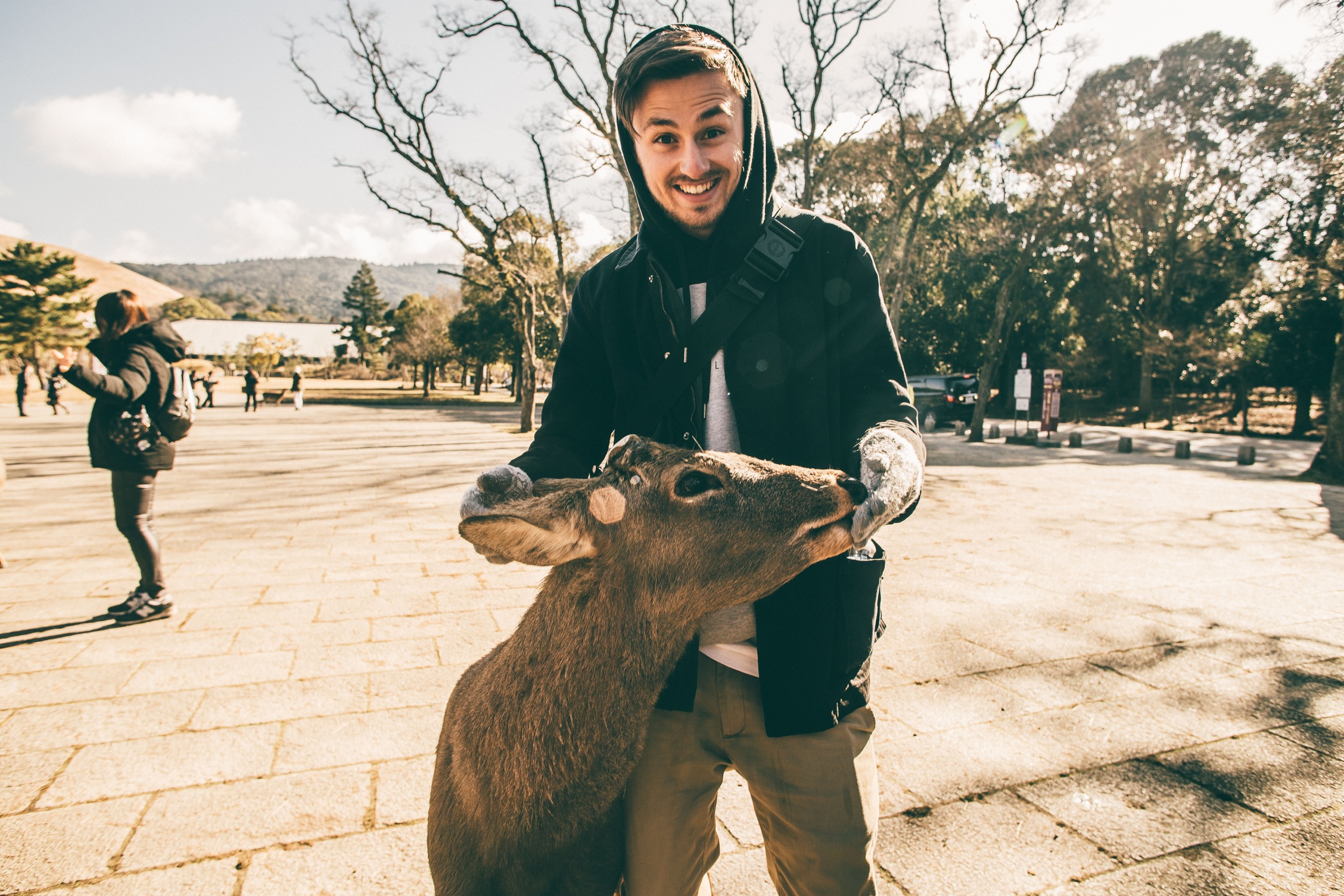