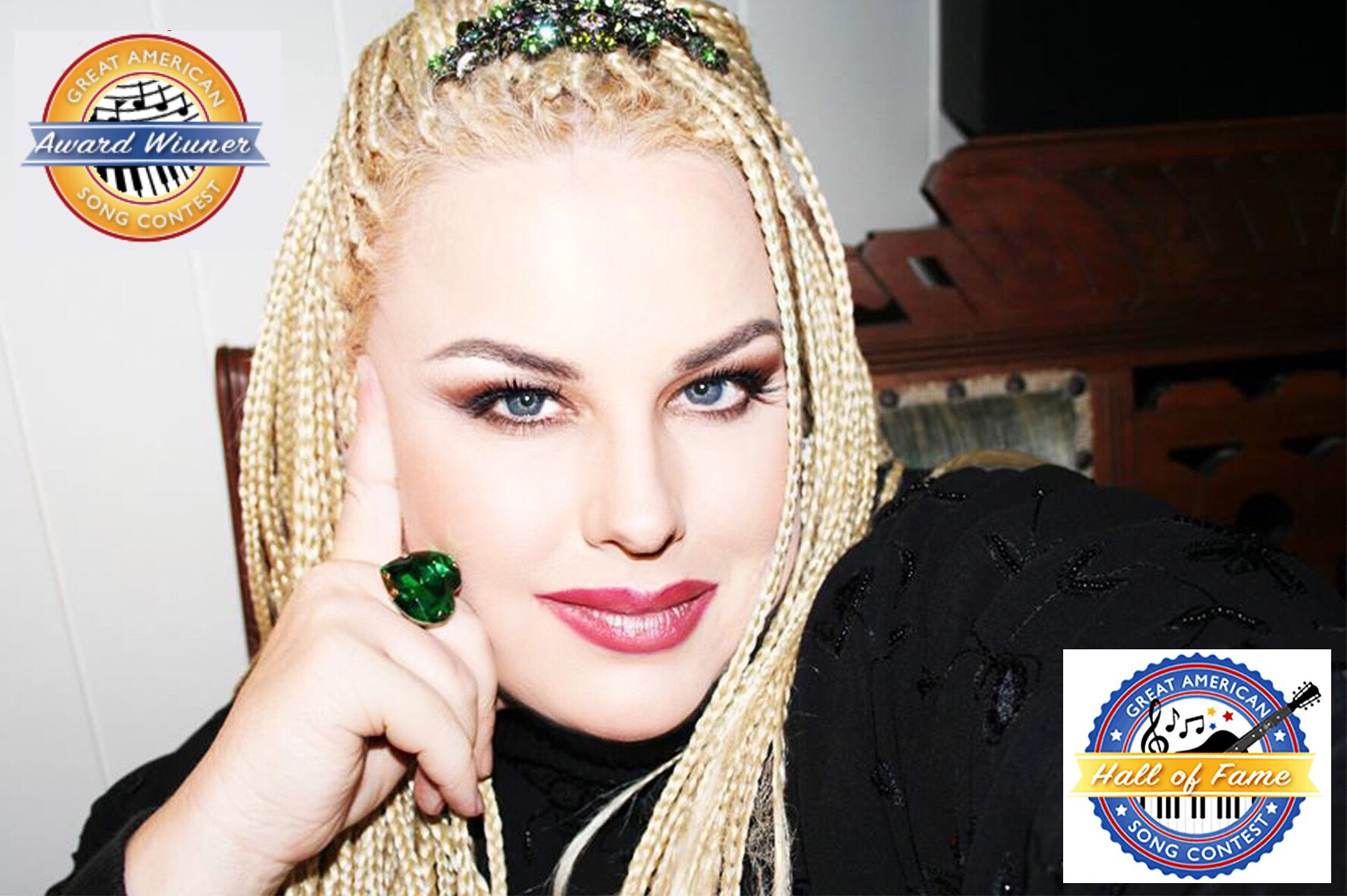 Fawn, let’s start with your story. We’d love to hear how you got started and how the journey has been so far.
My journey into the entertainment world began when I was six months old, appearing in national television commercials for Cain’s Coffee and others. I started modeling for print around age two. At age five I became an honorary cheerleader for one season of the Denver Broncos and by the time I was seven years old I auditioned and was chosen to sing and tour with The Children’s Chorale under the direction of world-renowned Duain Wolfe. The Children’s Chorale appeared on shows such as NBC’s The Today Show, various Christmas specials, CBS and BBC broadcasts of The Proms at Royal Albert Hall with the BBC Orchestra and Chorus of Wales, among others. I sang in the Children’s Chorale for five years, having to audition each year, not knowing if I would get in. I remember being a nervous wreck every time I had to re-audition! Around the same time, I began writing songs at the piano, and writing, singing and recording voice-over’s on jingles for the Jaimie’s restaurant chain in Texas and The Great American Bull restaurant in Colorado, as well as others. At age eight, I started training in ballet, pointe, tap, modern, African, jazz and break dancing at the Gwen Bowen school of dance and competed in gymnastics on the balance beam, uneven bars and floor exercises. I also competed in figure skating and won first place every time. I guess you could say I was (and still am) very competitive, ha ha. At age ten, I started piano lessons with Tom George and later trained with classical pianist Allen Hobbs and jazz pianist Ron Jolly, which furthered my musicianship and composing skills. A few years later, I started private vocal lessons with Julliard’s Dr. Silvia Bagley who wrote the book “Viewpoint for Singers”. While studying with her I became the youngest stage manager ever hired for the Denver Chamber Orchestra with Grammy award-winning conductor Joann Falletta. Around age 13, I began acting and continued print modeling. By age 16, I started singing live in various restaurants and venues, simultaneously being hand-picked by French composer Jean Berger to sing in his eight-piece vocal group which toured the United States and Europe. After my tour with Berger, the following two summers, I went on tour to Hong Kong, Japan, China, Europe, Russia, Romania, Scandinavia and Australia with the Rocky Mountain Singers lead by opera singer Robert Lansing. I joined a 12-piece jazz acapella group and formed a four-piece jazz acapella group in which we won the Elevox Open Jazz Vocal Competition for my lead jazz vocal rendition of “Here, There and Everywhere.” I landed my first directing gig for “Spoon River Anthology” for the Cenkor Foundation with a special performance for first lady Nancy Reagan. At 17 I entered Berklee College of Music in Boston, Massachusetts, where I won the yearly songwriting award from Berklee and SESAC for my original pop ballad, “Just Look At Us Now.”

Within a month after moving to Los Angeles, CA I re-wrote and sang the song “Oneday” as well as arranged the background vocals with Vincent Covello for the Oneday nonprofit founded by Rick Watson. The song was produced by BT (Brian Transeau) and raised money and awareness for families and people affected by HIV/AIDS. With the exception of the money Brian was paid to produce the song, and the other two background vocalists, Vincent Covello and Deborah Sharpe, 100% of the revenue from the song went to the Oneday nonprofit, helping it promote awareness and purchase the Rainbow House in Denver, Colorado which serviced 12 surrounding states for families, children and adults with HIV/AIDS. Brenda Epperson, Thelma Houston and I were flown out to Colorado to help raise funds at a special gala in Denver and later on, another benefit entitled ‘One Night for Oneday’ was thrown in Los Angeles, CA. Years later, in 2011 the song raised money for 9/11 victims’ families, with 100% of proceeds donated once again, including art and CD manufacturing.

In Los Angeles, I auditioned and sang for Los Angeles Master Chorale’s Grammy-nominated conductor Paul Salamunovich, working with him for three years. Our work together was heard in the movies Flatliners, Grand Canyon, A.I. Artificial Intelligence, Independence Day, True Confessions and others. During this time, I continued to write and sing jingles and record voice-overs for a variety of commercials such as Ford, Mazda, Lavazza, Pontiac, Barbie, Target, Ponds, Kitchen Aide and a host of others. After learning how to tighten up my lyrics from Pat Pattison, I continued training with award-winning lyricist Marty Panzer to further fine-tune and hone-in on my craft. At the same time, I started working with troubled children, using my minor degree in child psychology. With the money I earned from that, I built my recording studio, Terrace Studios and began recording my songs there, rather than continue to rent out big studios. I began mentoring children in music, teaching them piano, voice and songwriting. Today I am in the top 5% of private music coaches in the United States, as researched by Google, who hired me for their now-defunct Google Helpouts program. I also coach privately in hip hop, rap, performance, voice-over’s, speech, acting, speech, spoken word and music therapy in my studio and online all over the world. I work with all ages, including special needs and some of my students have been seen on The Voice, America’s Got Talent, American Idol, with a few placing as high as the top eight. I’ve also worked with students in shows seen on Disney, The WB, Vampire Diaries, Nickelodeon, Freeform and others.

In addition to coaching and singing jingles and recording voice-over’s, I compose and write songs for television shows and films such as Spike Lee, Nickelodeon, CBS, ABC, NBC, WB, The Natalie Holloway Story, CSI, The Young and The Restless and others. I have appeared in shows and films such as How To Look Good Naked with Caron Kressley, Forever Plaid, The Grifters, America Flyers and also done stand-in work for award-winning actress Catherine Oxenberg.

In the mid-2000’s my close friend and music colleague Vincent Covello and I collaborated with ‘Body Soul and Mind’. We did a short European tour and our first EDM chill-out album won Best Dance Album Of The Year in 2009 by the JPF Music Awards in Nashville and Best Dance song, “Wish You Love.” Later that year, with a spelling change and two new producers, I re-released the song as a solo artist with Chad Jack and Tim Letteer. “Wish U Love” went to number six on the Billboard Dance charts January 2, 2010 alongside Lady Gaga and Mariah Carey. The music video of the song remained in the top ten videos on the LOGO Channel alongside Beyonce’, Jennifer Lopez and Taylor Swift.

Has it been a smooth road?
It most definitely has not been a smooth road! Lots of twists and turns and u-turns! The biggest struggles were combating managers who were more interested in being intimate with me, then helping me with my career. After several years of these types of situations, I decided to rely mostly on myself. So, as an independent artist, there has been a big learning curve and lots of trials and errors.

We’d love to hear more about your work and what you are currently focused on. What else should we know?
I’m an independent singer-songwriter, recording artist, composer, musician, voice-over artist, jingle singer and private entertainment coach. I own and operate Terrace Studios, Songirl Music Publishing, ASCAP and My Posie My Rosie Music Publishing, BMI. I also run a not for profit rescue, ‘You Are Loved Animal Rescue’. I basically handle all the business details of each, anything and everything having to do with my career including contracts, booking recording studio sessions, licensing music, recording albums, EP’s and singles, as well as booking my jingles and voice-over’s. I own all the sound recordings and music publishing to my songs and compositions, and I record and edit all vocals, voice-overs and sound in my recording studio. All of my hit songs and compositions for film, TV and commercials have been recorded here, as well as voice-over’s and sound effects for film and television shows. I mostly write everything myself, singing in several different languages and most styles of music from Opera to Broadway to Pop to Jazz to EDM to Christian to Children’s to Alternative Rock to Blues to Ethereal to Chill Out to New Age. Although I DO love collaborating with different producers and enjoy that process as well and often work with them to mix and remix songs. At Terrace Studios, we also shoot and edit music videos and I have had a great time learning those specific skills the past four years, alongside my life partner John Palisano and my son Leo Palisano. So far I have directed and edited six of my music videos, with the most recent one being my original song I mentioned before, “Wait For The Sun Black Lives Matter “. You can check out this project of passion here: https://www.youtube.com/watch?v=TrYkkSWTKJw.

I am probably best known as an award-winning songwriter and my Billboard hit song “Wish U Love” with producers Chad Jack and Tim Letter. But then of course, let’s not forget the long blond braids. When people see those, they know it’s me! Ha Ha.

I think what sets me apart from others is my level of honesty and integrity, giving nature, never give up attitude and continual drive to create art. My motto is to consistently persist! I’ve always been a believer that you can’t compare talents or individuals to one another because we are each unique and intricately designed. I love to lift people up and help them realize their dreams, which is why I have continued to mentor by coaching private lessons. It’s very rewarding to help others strengthen their gifts and watch them grow and blossom!

Is our city a good place to do what you do?
Yes. I think it’s a great city for what I do, and I would recommend starting out here. It’s very easy to get to know people here. 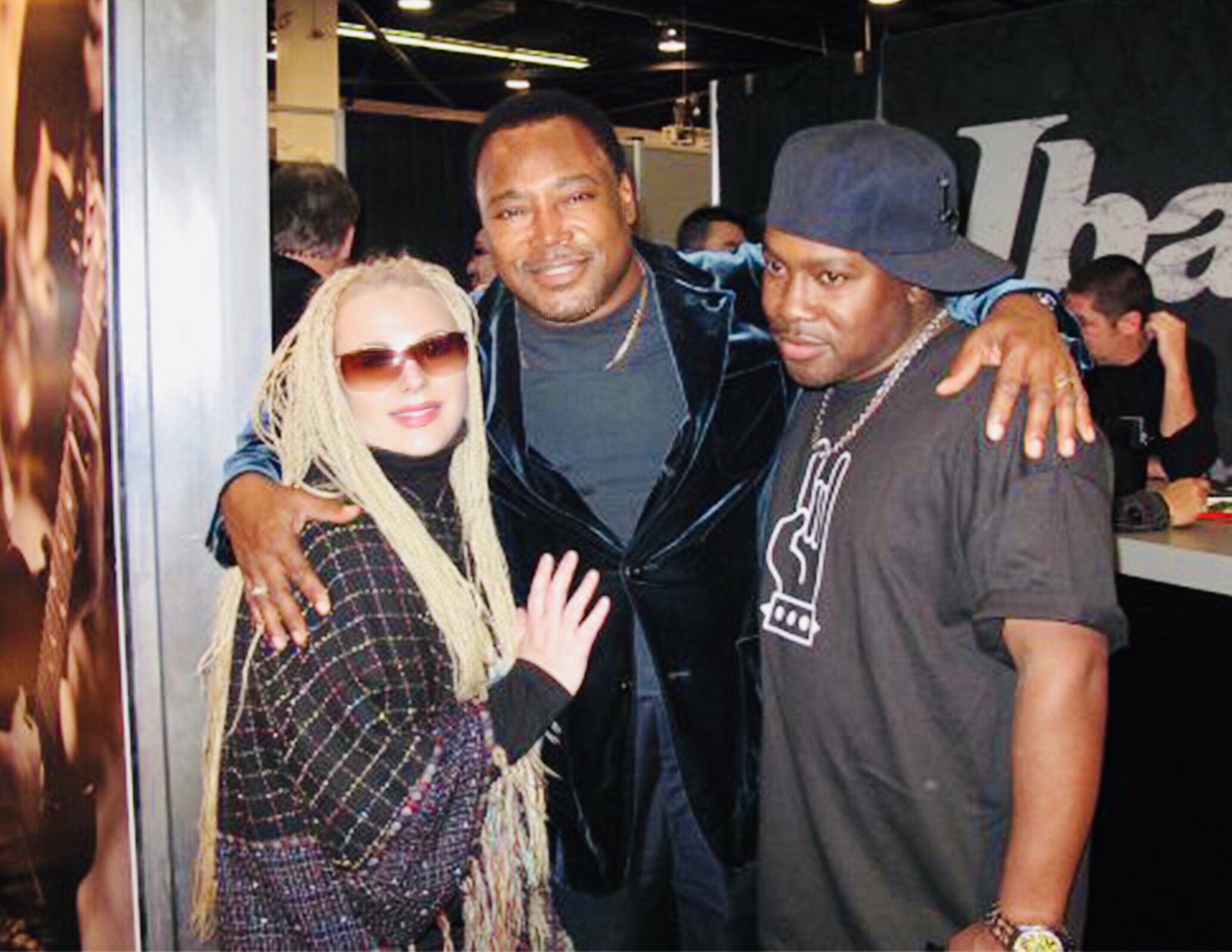 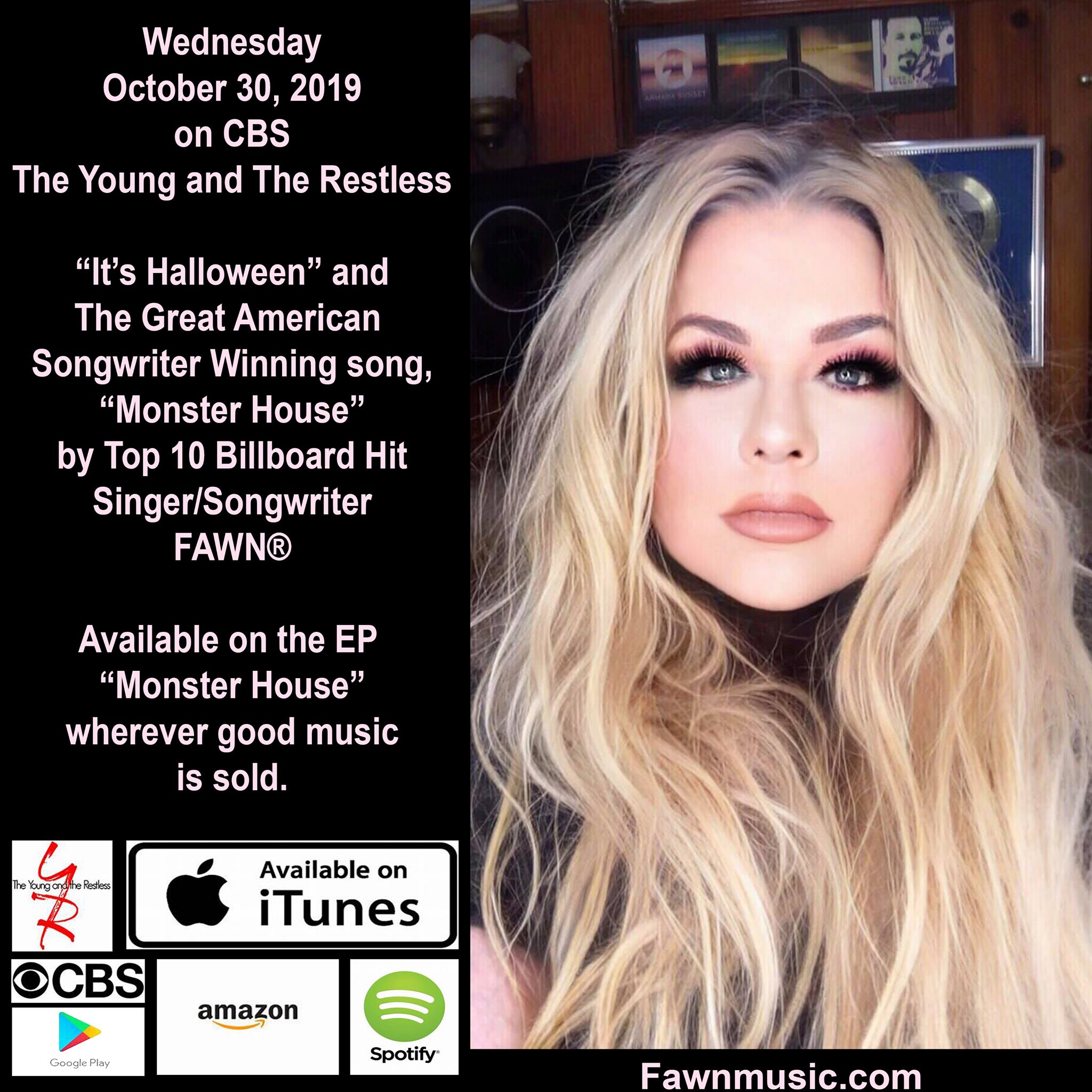 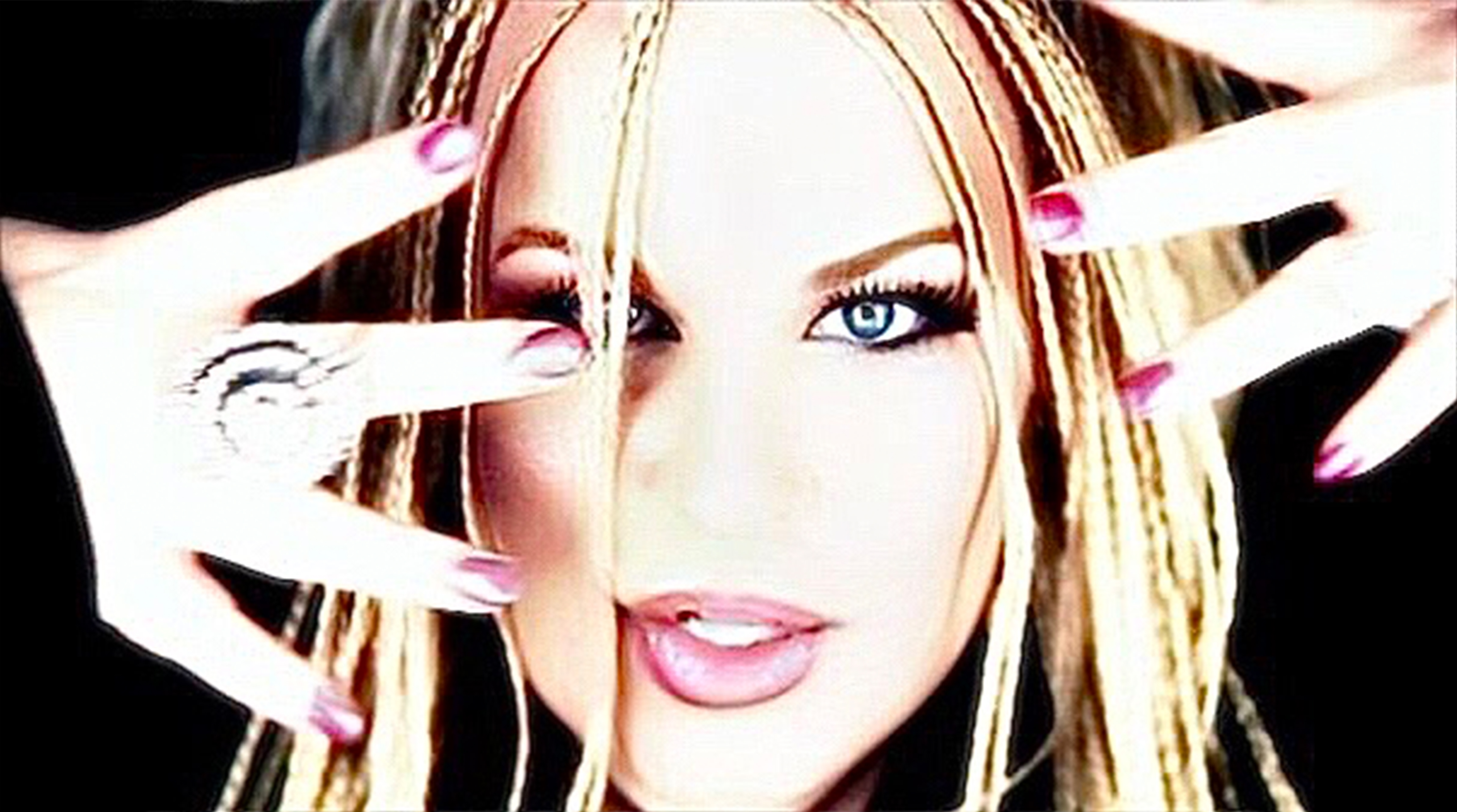 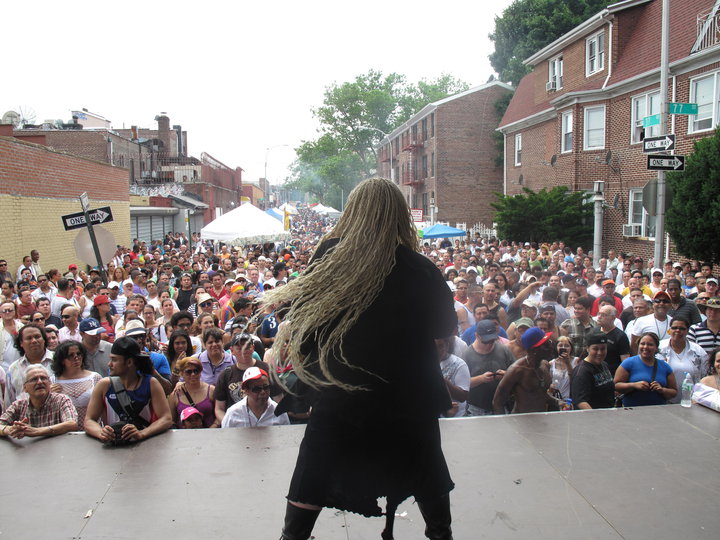 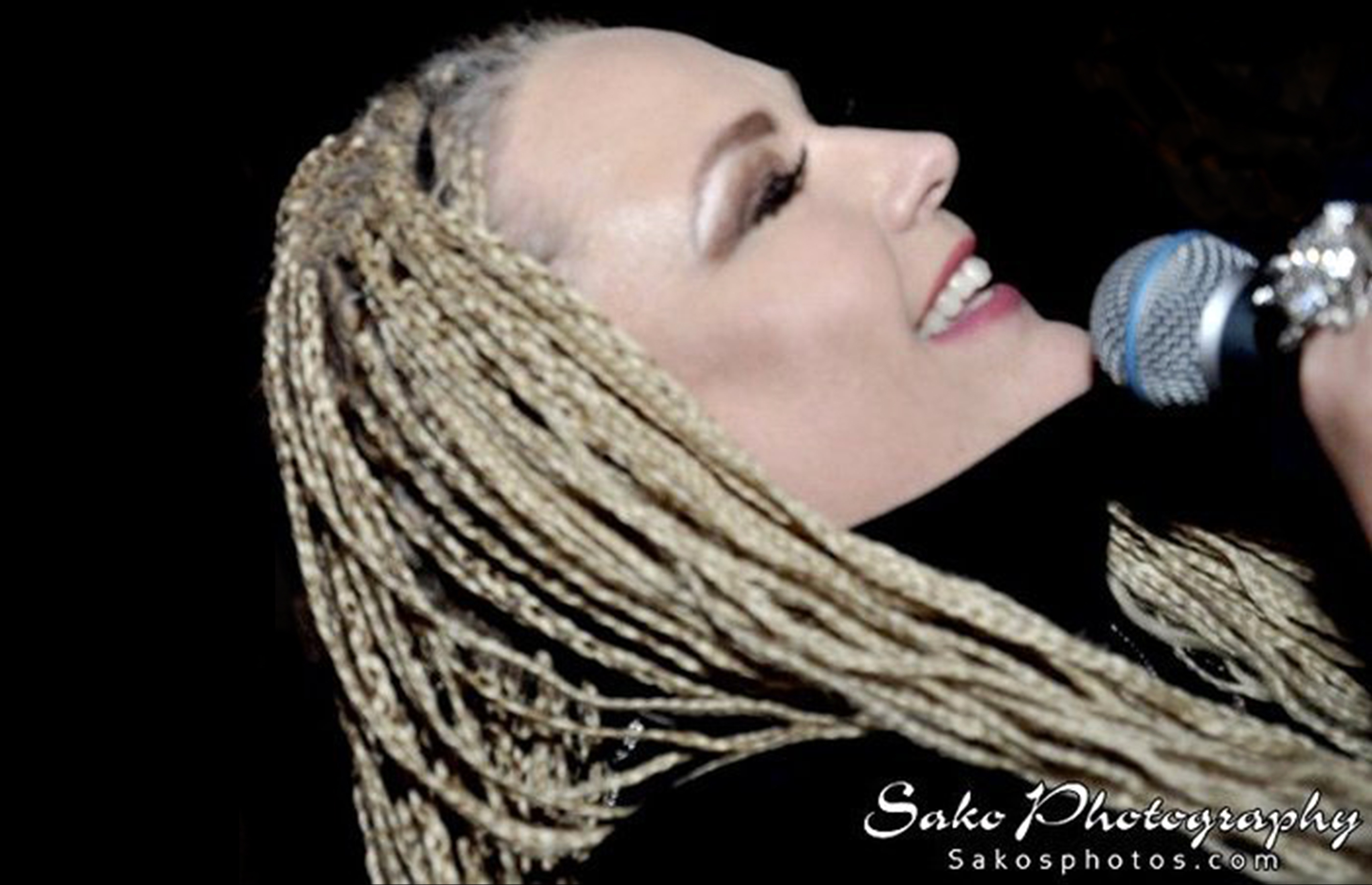 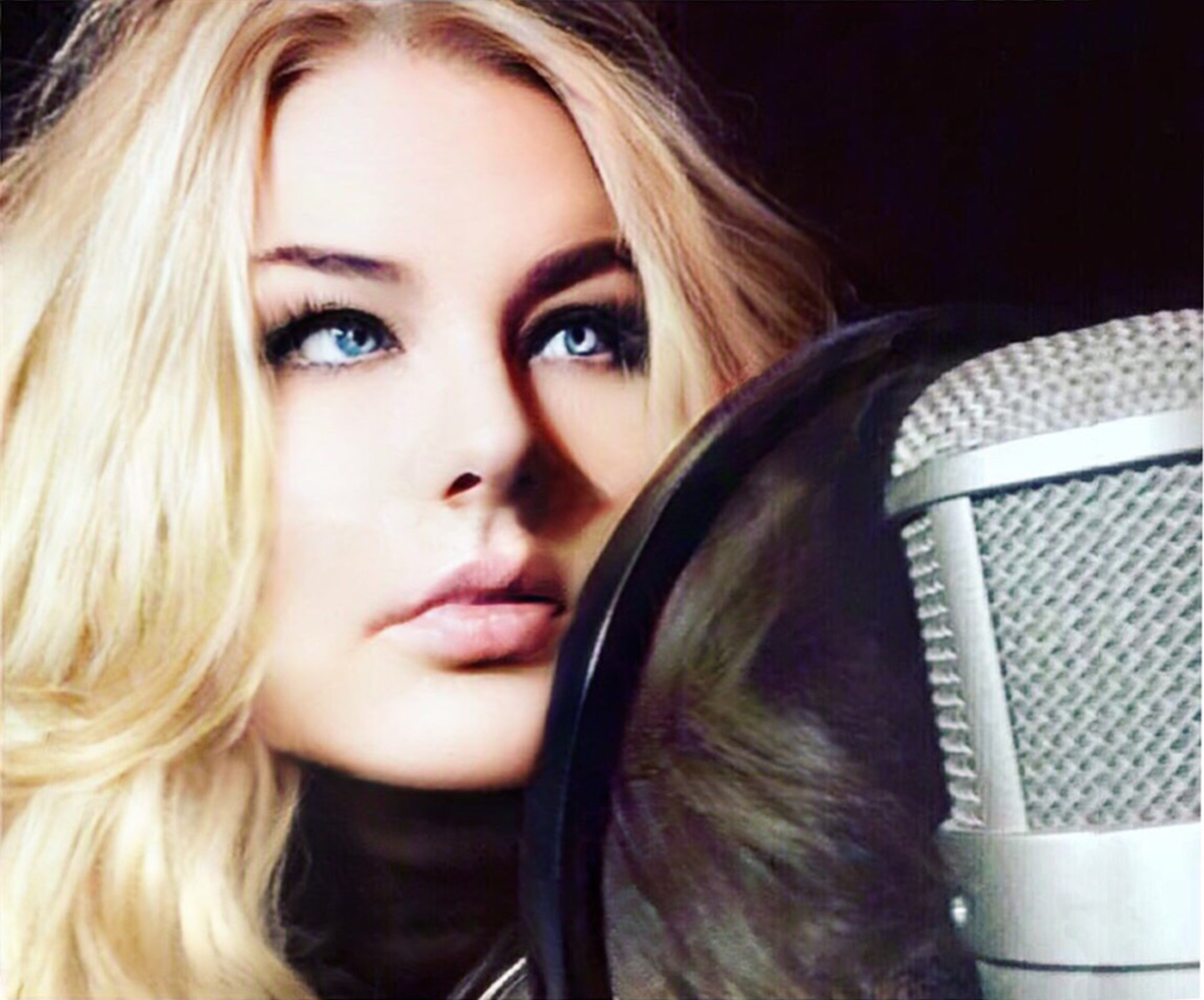 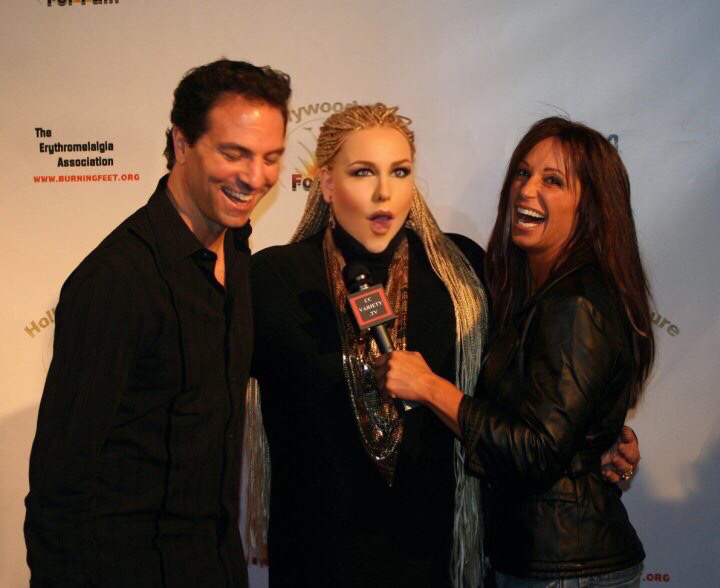