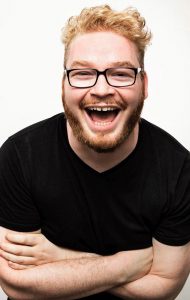 Today we’d like to introduce you to Evan Sloan.

Evan, can you briefly walk us through your story – how you started and how you got to where you are today.
Back in 2010, I was just getting ready to graduate FDU in Madison, New Jersey with a degree in “Electronic Filmmaking” when I got the opportunity of a lifetime… a paid internship. I had no solid plans for after college but I’ve always been a “go with the flow” kind of person so I wasn’t too pressed. I had been working with a popular comedy website as a college rep for the last two years of college and then I got an email asking if I’d like an internship working with their company over in Beverly Hills.

So after a few short discussions with my parents, I decided to take the job and I signed my letter of intent on the morning of graduation. I still remember standing there waiting to graduate with all my college friends and letting them know I was actually making the move to go to LA and chase that elusive Entourage life. A few of us had all talked about making the move but I was at the time the only one to make the jump.

So, three weeks after I graduated college, I packed two suitcases full of clothes, my laptop and I hopped on a plane to LAX with my dream and a cardigan. All jokes aside, I was terrified. I had never lived alone nor had I flown alone in my entire life and I was packing up and moving across the country to live in LA with a tiny paid internship where my job was to find viral videos before they went viral. I remember people telling me that LA was going to test me and my grit and they were not wrong. Three days after I landed in LA, my last remaining and closest Grandmother passed away. I had just started my new job and couldn’t make the trip to the funeral. I had never felt so alone and vulnerable before. No one to talk to, no one to give me a hug, no one to just sit with. After that, a few weeks later one of my best friends from back in Jersey had been attacked in a bar and was left in a coma. Another thing I was not able to get home for. Right away, I knew that LA was going to be rough go. If I wanted to achieve the things I had always dreamed of, I was going to have to expect a ton of hardships. That was all ten years ago. Since then, I’ve been somewhat of a journeyman through the entertainment industry. I’ve acted in huge National commercials, wrote successful YouTube shows, worked as Seth Rogen’s stand-in, starred in SYFY Channel movies and I’ve even been on a billboard in Times Square during my time as a live stream entertainer. I had no idea what was in store for me but this kid from a small town in Jersey was in for the ride.

We’re always bombarded by how great it is to pursue your passion, etc – but we’ve spoken with enough people to know that it’s not always easy. Overall, would you say things have been easy for you?
Here’s one thing I realized about Los Angeles, unless you’ve been here for more than a few years, no one truly “gets it.” I’d like to let anyone know who’s reading this that there is no blueprint to success in Entertainment. There just isn’t. You can do everything right, go to all the classes, all the entertainment mixers, talk to the right people, put yourself in the right places, do the work and could still end up without a single credit to your name. I have had plenty of obstacles, challenges and everything in-between. I can’t tell you how many times I wanted to just pack my stuff up and move on with my life. However, literally every single time I was fed up and ready to go, some incredible opportunity would present itself and I felt like this path or opportunity would take me to my next place in life. More often then not.. it did. Before I moved out here, I remember telling my mother that I needed to “pay my dues” in order to get anywhere and I must say, I’m so angry at myself for putting that out there. I would have much rather not paid any dues, especially SAG dues when you have no income and are doing everything you can to make money to pay your rent. The amount of times I’ve had to “skip a meal” or take a job for experience and no pay is exhausting.

I remember a year or two after I moved a few people from back East would ask “Was it worth it, moving out there to go for your dreams?” I used to say, “Yes, 100%, go for it, shoot for the stars and live your dreams.” But after ten years out here, my answer has changed. If someone asked me that question now, it might go a little like this… “Don’t. Don’t do it unless you’re willing to give it everything. If you can’t do anything but this and you know that deep in your soul, then you might have a shot, if you have doubts, this is not the place for you. It’s ruthless. People leave, you lose friends, you fall out of touch with reality, start caring about things that aren’t truly worth worrying about and you’ll start to compare yourself to other people in the most unhealthiest of ways. This life really isn’t what you think it is but it can be whatever you want it to be.” Lastly, back when I was hosting a podcast I had interviewed actress and voiceover artist Rachel Kimsey and she put so much into perspective for me. She told me that your job or your success at your job should not dictate your happiness because we are so much more than that. What will be, will be. It’s going to be hard but the stories you get along the way are worth living for.

We’d love to hear more about your work and what you are currently focused on. What else should we know?
I am a man of many hats. I spent the time and money to be able to call myself an actor full-time so I’ll go with that first but I’m also a writer and digital content creator. In the last ten years, I’ve had some incredible opportunities. My very first commercial that I booked was for the Grammys. It was me on a treadmill singing a Katy Perry song out loud. I’ve been in national commercials for companies like Kohls, Coke, Purina, Dr Schol’s, Cricket Wireless, Cox Cable, Capital One, Google, Sony Playstation and the Just Dance video games. I’ve also been in quite a few indie films like Shockwave: Countdown to Disaster, Earthtastrophe, Spaghetti Man and a few others. Currently, a show I co-wrote and star in called Superficial Intelligence is streaming on the Ficto App and I’m also in production for the second season of a popular YouTube web-series called Killer Bae which I co-write and star in as well. Oddly enough, Killer Bae has been the thing that people most know me for. I’ve been stopped for a picture in a restaurant, on the street, in an uber and at the Staples Center because of the fan base of that show. It’s one of the things I’m most proud of, we just got a group of people together who all wanted to make something with a storyline and build from there. I’m excited to see how people like this upcoming season.

Other then the acting and writing, I’ve worked in Live streaming and that was a re-direct I wasn’t ready for. I quickly became the “entertainment guy” on an app called LiveMe a few years back. Over the two years that I spent growing with them, I amassed 700,000 followers. It was actually insane. I was broadcasting myself almost every day to thousands of people, talking about anything and also doing what I could to just entertain. After a while came a show called “Spotlight Live” which I helped create, produced and hosted. It was a one hour, live, multi-cam variety improv and sketch show in the likes of Who’s Line is it Anyway and Saturday Night Live! Each week a social media influencer would be our guest and we’d play improv games and do sketches for a live-streamed audience from the company’s profile which had over 5 million followers. The suggestions for the games came directed from the audience as their input directly affected the show. It was some of the most fun I’ve ever had. After that, I had gotten myself on a billboard in the illustrious Times Square, a legit dream of mine, as well as in the subway over by Bryant Park.

What were you like growing up?
Believe it or not, growing up, I was the shiest kid on the block…unless I knew you well. It took me years to be comfortable in my skin. I’m just now getting comfortable! But I was a kid who’d get sucked into the TV and lose sight of the real world. I used to watch movies over and over again until I knew all the lines. I’d go back and forth with friends essentially citing the entire film. My imagination was unlike any other when I was a kid. I used to collect and play with wrestling figures. I’d have storylines and title defenses as well as side stories with the referee action figure. In my head, I was fully in control of this show I had made up and it was the greatest thing in the world. Oddly enough, I think that’s where my world-building skills started to develop.

In high school, I took a video production class and that changed everything for me. I started to come out of my shell. On graduation day, I walked in front of the crowd of a thousand people and tore open my graduation gown and had a Superman shirt on. I was no longer hiding the person that I was, I wasn’t trying to be Clark Kent anymore, I was Superman and I was proud to show it. I then went to college and in my Senior year, I was voted Homecoming King, another thing that my younger self would have never dreamed of. It was at that point where I knew that people liked me for who I was and I didn’t need to change for anyone because I was enough! 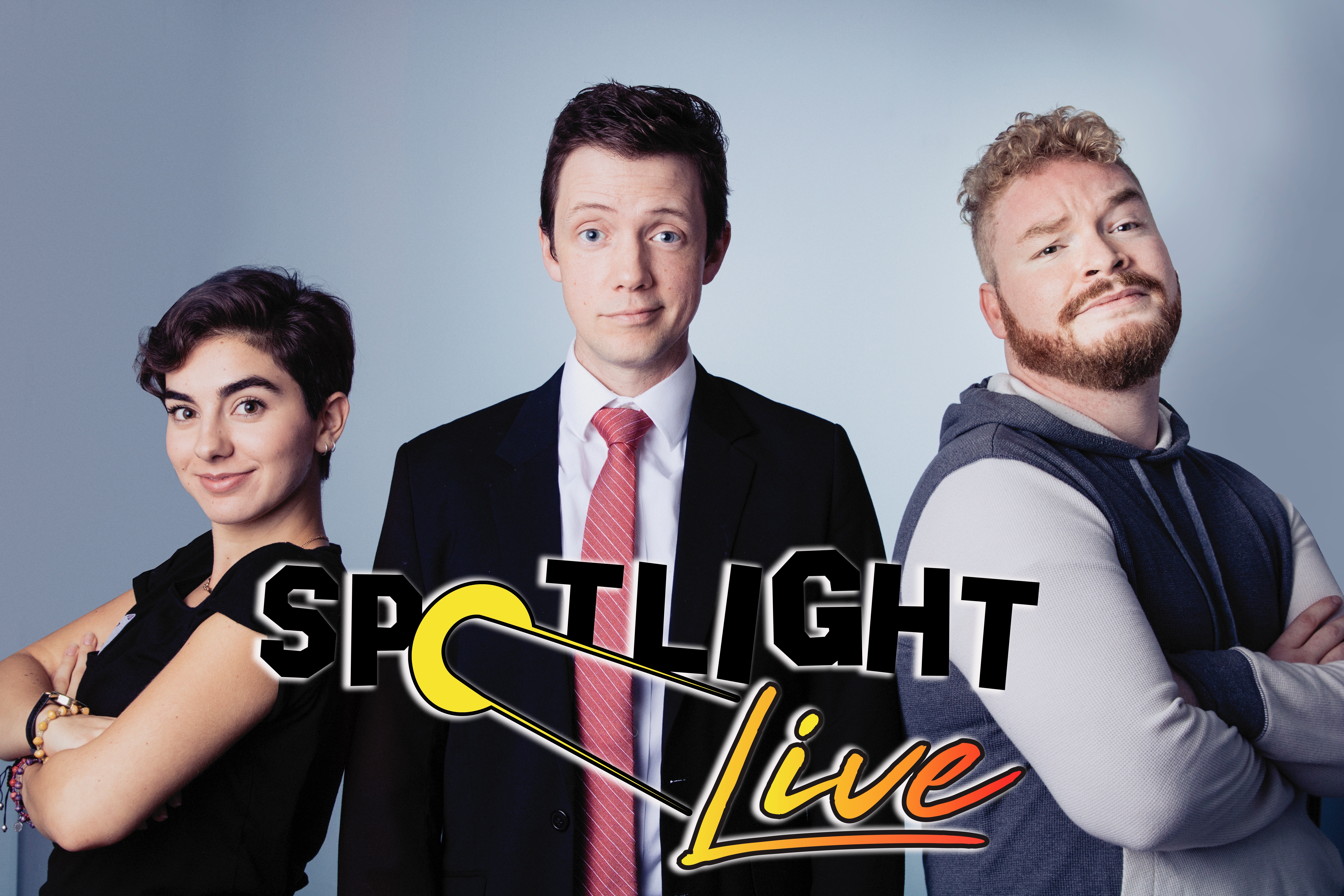 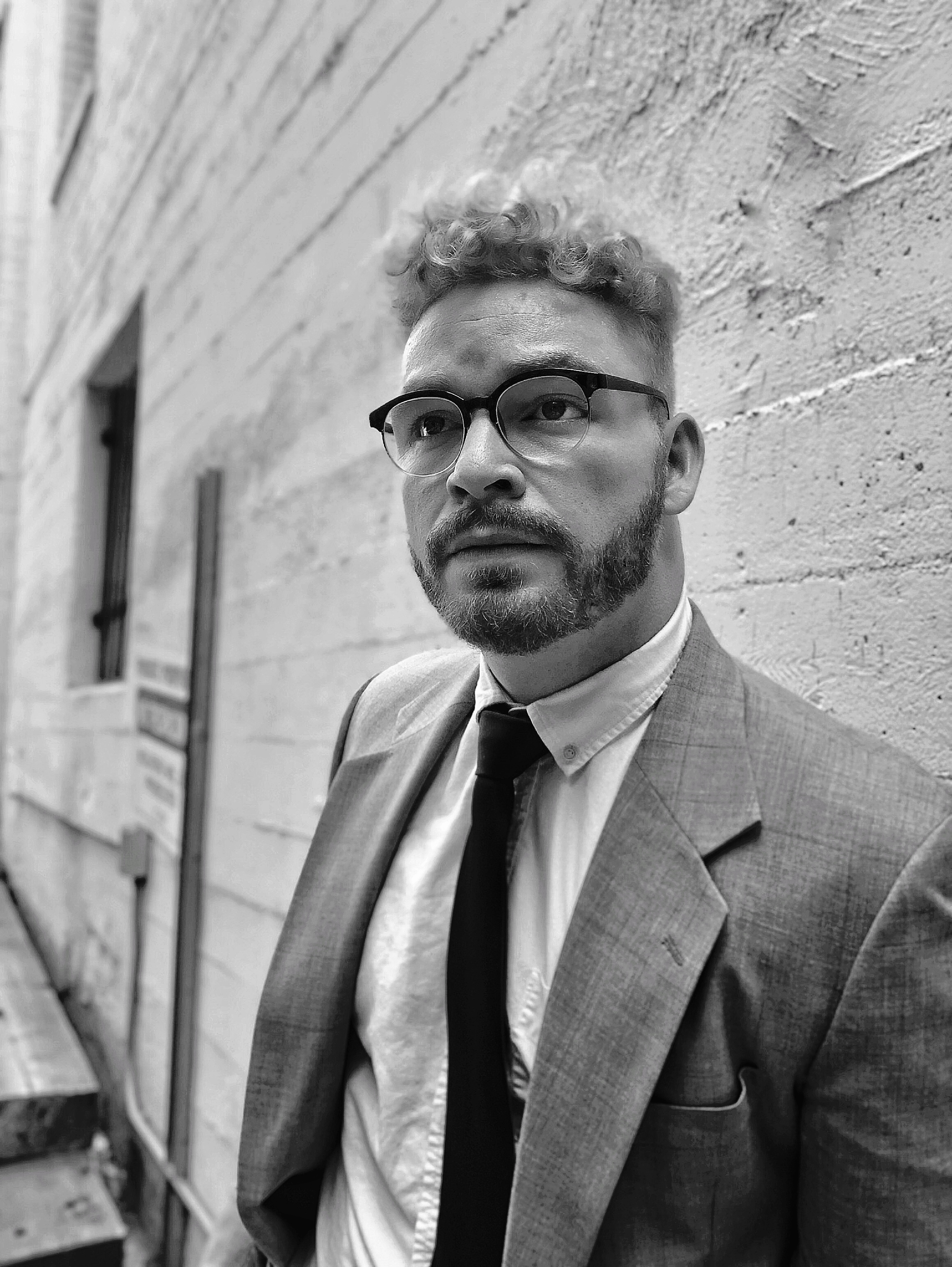 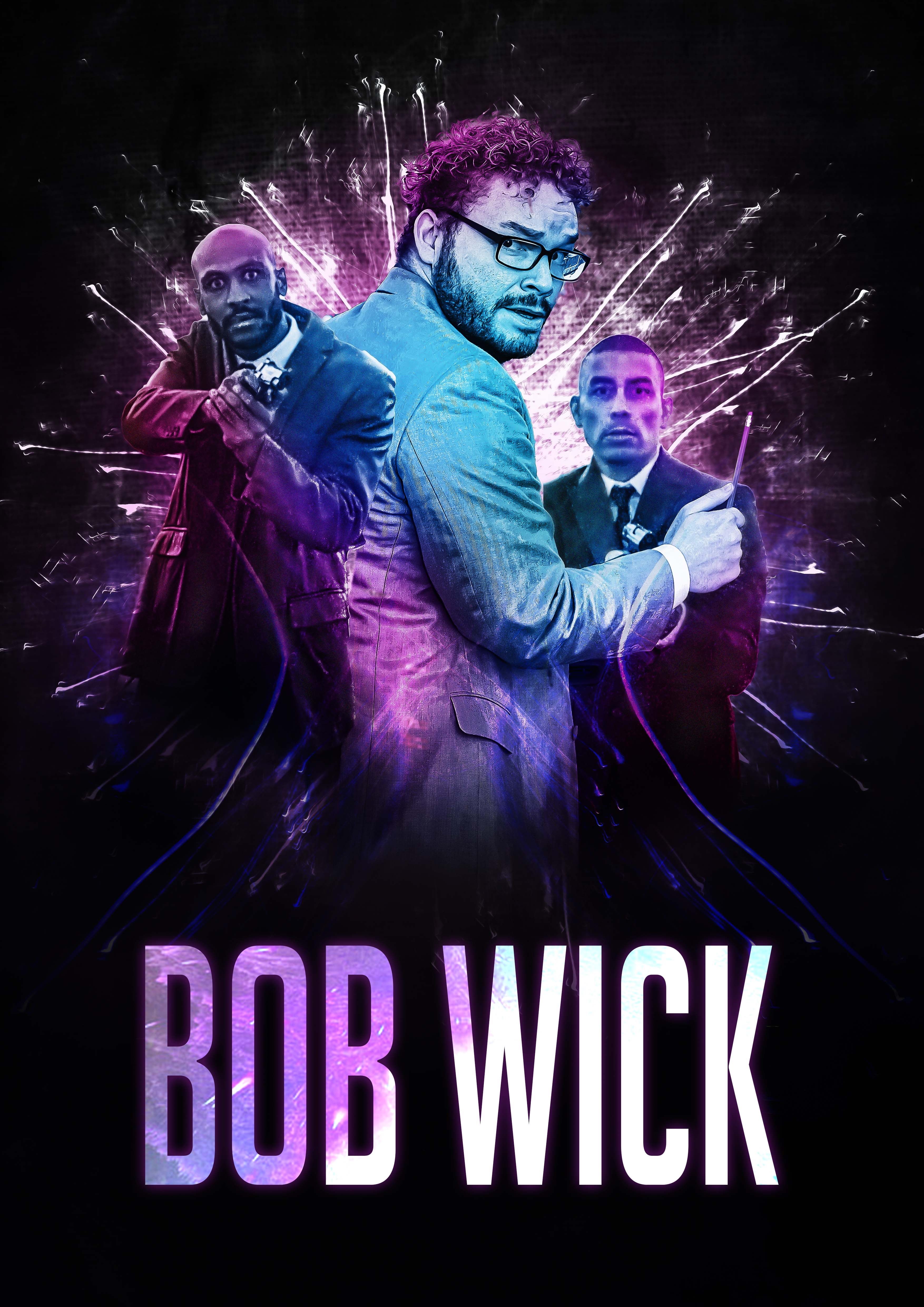 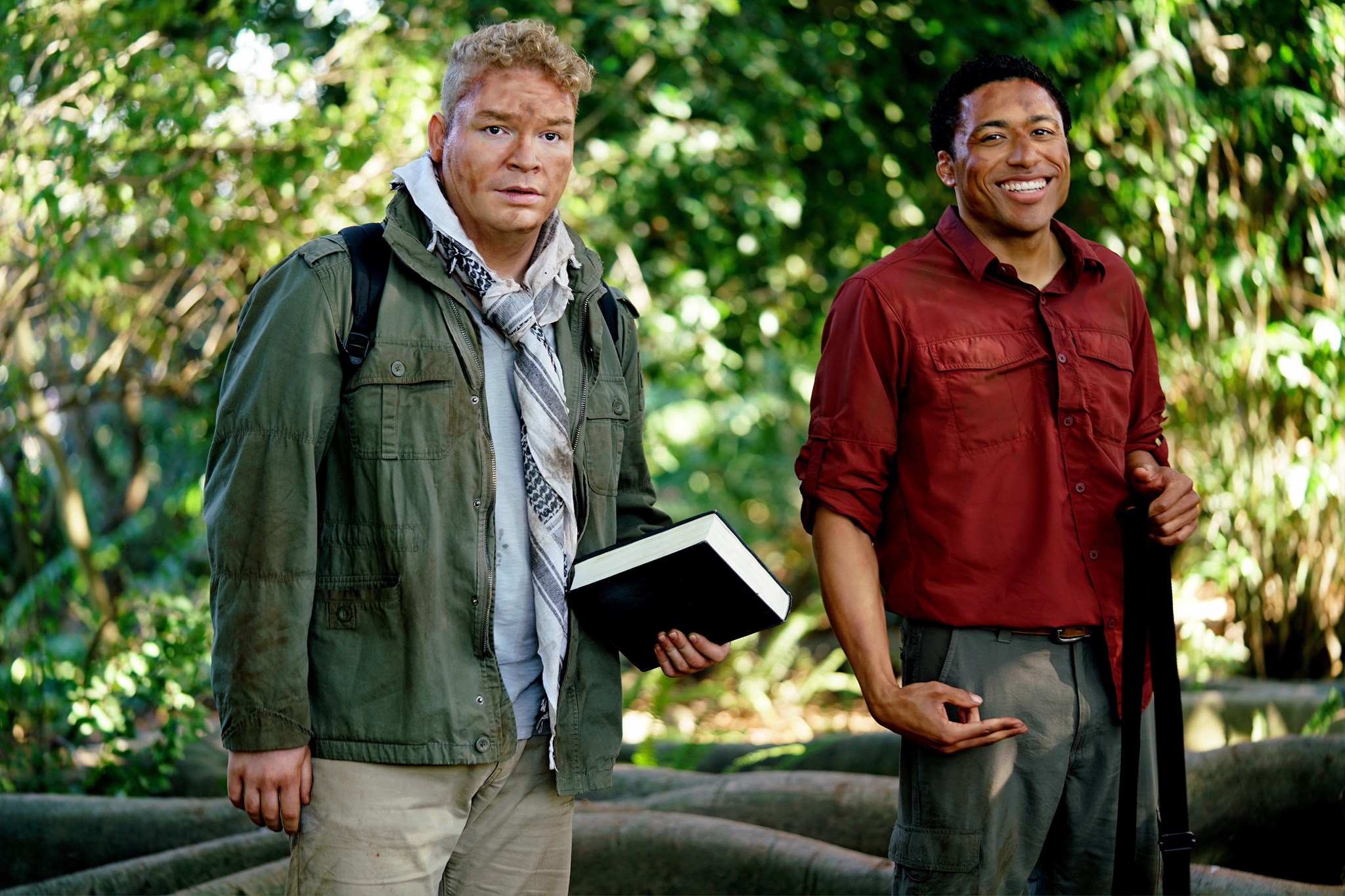 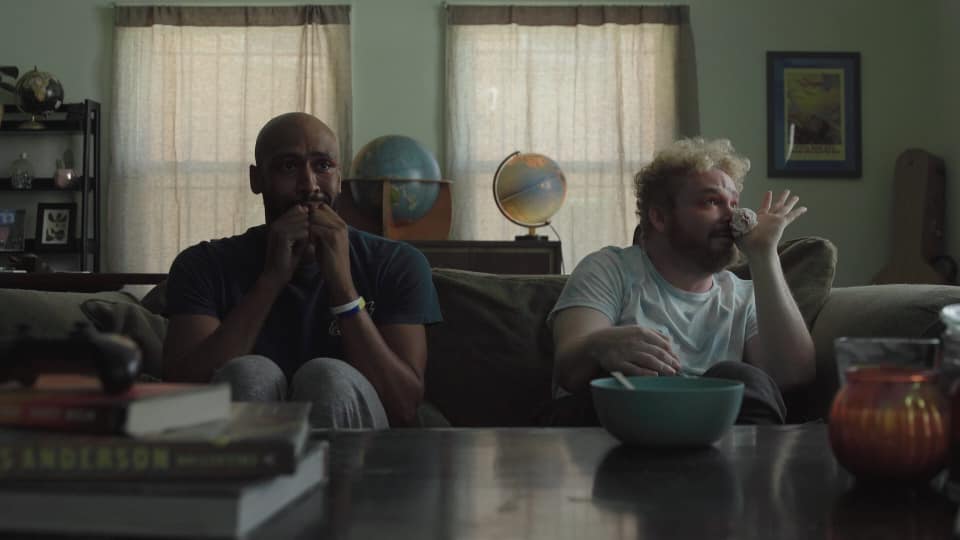 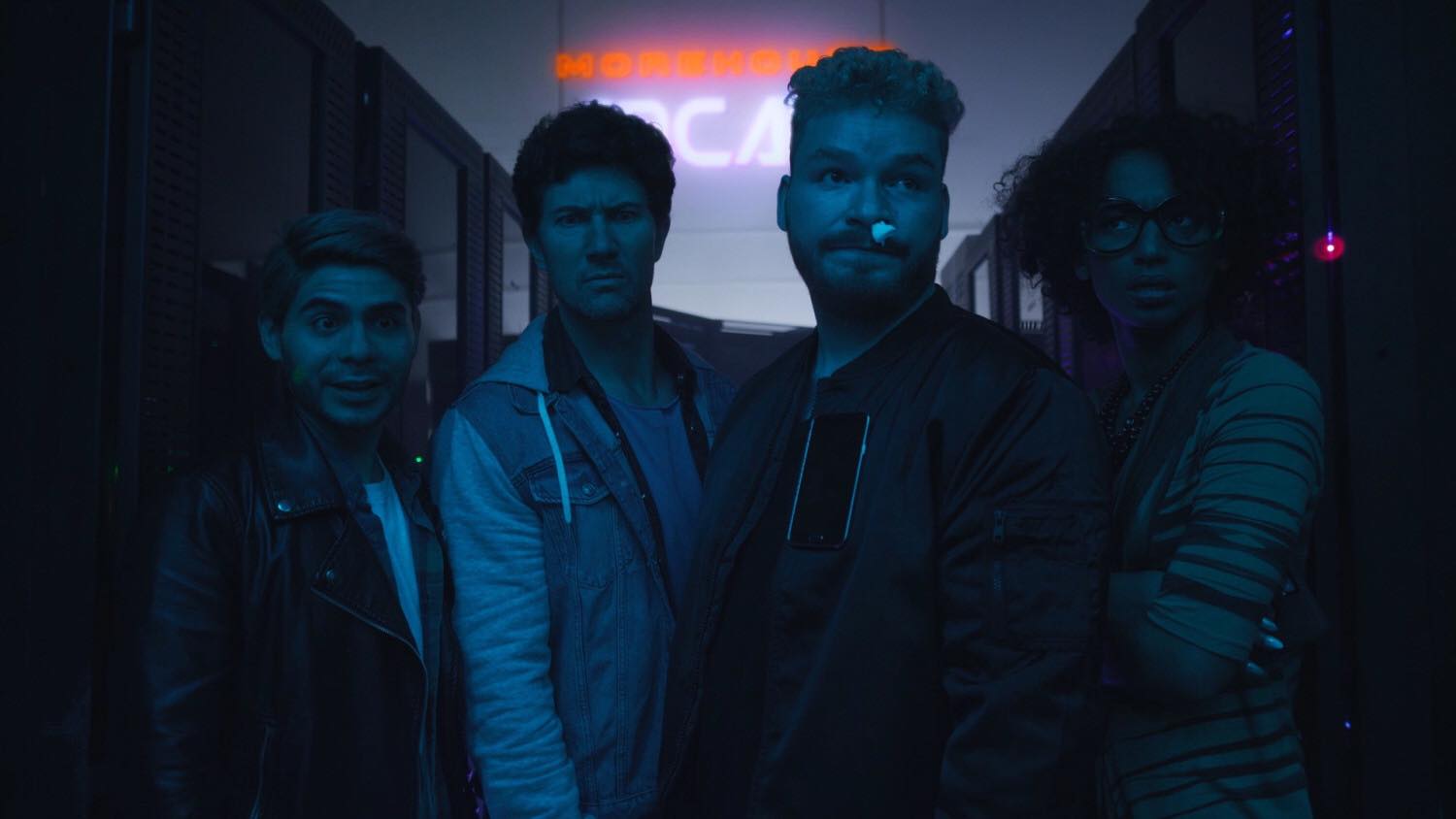 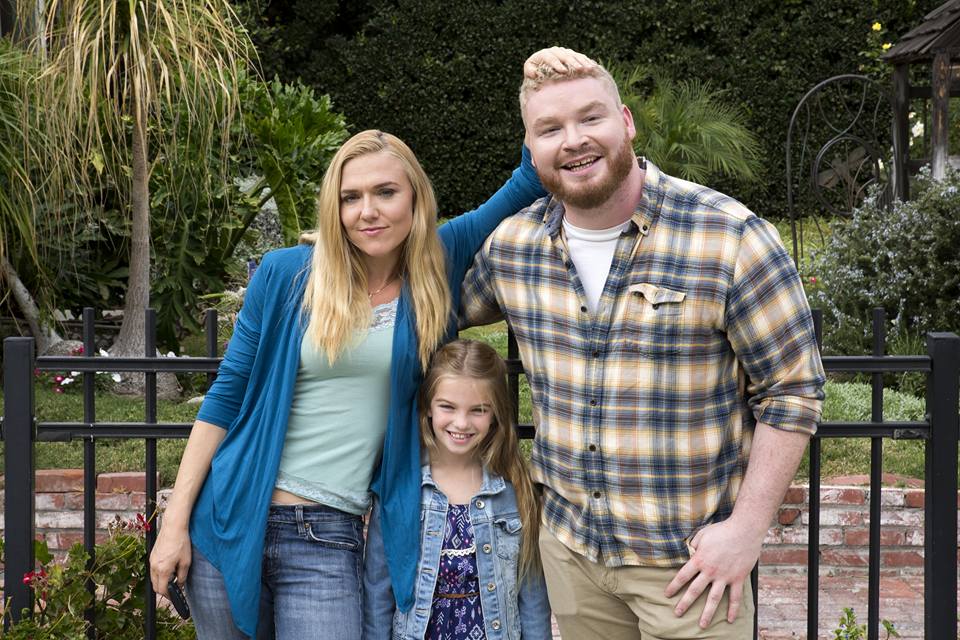