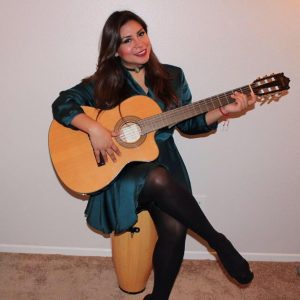 Today we’d like to introduce you to Eva García Luna.

Eva, can you briefly walk us through your story – how you started and how you got to where you are today.
Since I can remember, I love music, my mom said I even learn first how to dance before walking and when I started walking, I did with my tiptoes like I was dancing ballet, even though she took me to ballet after she saw that, I always preferred the Caribbean rhythms like merengue, punta, mambo, salsa, bachata, cumbia, lambada, zamba all kind of Latin music that makes me dance, and every time I had the opportunity I was dancing and singing, so I knew since I was very young I would do something related with music, but with time somehow I forgot about it and I was going to another direction, but years later music found me again and now I can’t live without doing music.

I’m a singer/songwriter, actress and dancer born in Durango, Mexico, but I grew up in the small city of Valle de Santiago, Guanajuato. Town that inspired me to write the single “De Aquí Vengo, De Aquí Soy”. In 2009, I graduated from “Instituto Tecnológico de Estudios Superiores Monterrey” obtaining my bachelor’s degree in Communication Science and I came to Los Angeles 10 years ago to studied Acting at The Lee Strasberg Theatre and Film Instituto where I had the opportunity to participate in several musical productions and is there when I remembered how much I love music and I began my singing career performing musicals.

After doing musical theater at The Marilyn Monroe Theater, I decided to follow my heart and keep going with music so I started to create my own music, which led me to produce my firsts two singles in Spanish and English: “Hot Caliente” and “Thank you”.

Because I wanted to prepare myself more I studied music production at The House of DJ in Monterrey, Mexico, Music Bussines at the ENAM (National School of Audio and Music Production) in Mexico City and I also trained singing at Mendez Music Studio in the city of Monterrey and with Dave Stroud in LA.

Later I recorded my first album, which I titled Merezco, album that was recorded in the city of Durango, Durango, Mexico.

Merezco was officially launched on November 28, 2016 on an acoustic night at “The blu elefant café” in the city of Los Angeles. It contains nine songs, seven of which were written by me, and two covers “La vida es un carnaval” by Celia Cruz and “Vive” by Napoleón. My first album is the result of an idea that was born from my heart and in which I included sounds like pop, rock, jazz, bossa-nova, blues and a touch of guapango. The album is already available on digital stores.

Before releasing my album, the single “El Café” was selected to be part of Amazon Music’s collection for the Day of Love and Friendship 2015, along with other world-renowned artists.

Since I started my music journey, I got different awards and recognitions, just to mention some:

In 2014: I was nominated as Best Female Proposal in the “Premios de la Calle”

2015: The state of California awarded me with two recognitions for my artistic career and support for the Latino community.

2016: One of my dreams became true and I became a Voting Member of the Latin Grammy and I receive the GVII Awards International recognition for dignifying and enriching the art with my talent.

2017: I received an award as a singer and composer from the radio: Radio Risas.com – Award for Singers and Composers. Also, I got The Art and Movements Awards. And another recognition by the radio show “Sendero Nostalgico y su Poético Musical” from Radio Centroamerica for my contribution to art and culture.

2020: My song “Ahora” gets in the first preliminary round for the “Latin Grammy” award.

With this beautiful career, I have had the opportunity to participate and perform in different music festivals in different countries, in Mexico, USA, France and Belgium. In 2016 I had the opportunity to record the video of my song “No Está Bien” in the city of Brussels, Belgium and in 2018, I came back to Brussels to collaborate in a new single “Este Cuerpo” which is going to be released later this year 2020, I don’t have the date yet, but it’s gonna be soon. We are working on the cover right now. After been invited so many times to France and Belgium, I decided to learn French. So probably I’m gonna make a single in French pretty soon.

2016 was a good year. Another dream became true,I was invited to the Cannes Film Festival, which I had the opportunity to attend for the project recorded in Mexico “Las Olvidadas” also directed by Pamela Velázquez.

In 2017 and 2019, I had the opportunity to work as an actress for companies such as Disney, Telemundo, Oxygen, Netflix, Amazon and I participate in a documentary called Love and Betrayal on the Force (Available on Prime Video) based on Angela Parks playing the role of Angela Parks. Also, on those years I did several commercials for different well-known companies.

And in the musical Field in 2017, I released the music video of my song “Así” which is an Urban Merengue, giving a twist to my music for something more Caribbean. The sound I was looking for since the beginning, I felt like I was finding my sound. This song took me to my childhood to the kind of music I used to dance all the time. But in this life not everything is perfect. I had planned promoting this single in Mexico and USA, in different radio stations and TV shows, but in this year the most tragic situation in my life happened, I was going to start my first radio interview in Mazatlan, Mexico, when I got the phone call from my dad telling me my mom wouldn’t  last much longer and that I should come back home, so I canceled all the promotion and went back home to Durango. She was sick of breast cancer, she made me promise her I wouldn’t stop because of her sickness. If I did stop she would feel very bad about that, she was my biggest supported. She told me be brave and to always remember: “Esforzada y Valiente”

She died on October 28, 2017 after that it took me long to recover, reason why on 2018 I didn’t do that much, I was trying to recover from all the pain, in this time I produce three songs “Ahora” dedicated to my beloved mom, “Baila” a message to myself and the collaboration in Brussels called “Este Cuerpo”. But it wasn’t until October 28, 2019 that I decided to release “Ahora” in all digital stores and music streaming platforms. I finally had some strength to keep going I just released the music video on 2020 and this single is already in the first preliminary round for the Latin Grammy 2020, just been in consideration is already a win for me because I had worked very hard per years and I’m very grateful that life keeps giving me the opportunity to do music.

At this moment, I’m working in the last details of my new music coming up “Baila” is gonna be the next single I’m going to release and some new collaborations “Este Cuerpo” with MTG and Bizzy Dogg, “Embrujados” with Roberto Tejada, “Pa’ Darte” with Terremoto502 which are gonna have the sound of Urban/Caribbean Music and all this music is coming soon!

Also, I started my own entertainment company Crónicas 17 Entertainment, that produces music and music videos for myself and other upcoming artists. I always said to myself “Remember: your promise to your mom you wouldn’t stop: Esforzada y Valiente”

Great, so let’s dig a little deeper into the story – has it been an easy path overall and if not, what were the challenges you’ve had to overcome?
Opening the doors for me as an independent artist is been always a struggle. This  industry is hard especially for women  because it is only a few of us. I see all the time, men supporting men without any problem and then when men support women they don’t take you seriously or they want something in return, you know what I meant by this. Then we as women need to develop a strong character to protect ourselves from these circumstances, but then they think we sound too bossy, too angry, too mean when we try to be serious. I don’t want to say all men are like this, but sadly most of the cases are like this. And also there is not enough support between women, which is a huge mistake.

I have been alone most of the time in my journey, my family supports me, but they are all back home in Mexico. I have traveled to a lot of cities and countries on my own looking for opportunities, opening doors, facing my fears all the time. I went to my first Grammys alone, I just took my car and I drove from Los Angeles to Las Vegas by myself with only my mother on the phone and so many times I did the same for different events where I felt that I could achieve something or learn something. That’s how I got many opportunities, sometimes asking and sometimes just attentive listening to people’s conversations.

No, it has not been easy at all, it has costed me a lot, but it’s been a very rewarding journey also because I do what I love and I wouldn’t change this for anything. That’s why I celebrate every little achievement and I’m always grateful for every opportunity.

Crónicas 17 Entertainment – what should we know? What do you do best? What sets you apart from the competition?
I do music, I’m specializing in Latin music mostly in the fusion of Caribbean rhythms and urban and I also do acting when I have the opportunity. Crónicas 17 Entertainment is my production company with which I produce my own music and music videos, but we are starting to produce other artists in the city also. I also give singing lessons online and in-person. I’m very proud of my company because it was a dream and now little by little is taking form and I’m starting to produce for other very talented local artist also. What sets me apart from others, I think is the personality I put to my music, I like to experiment with all kinds of music, but always keeping the Latin sound, I’m very curious and I always want to learn something new, I like to hear new instruments and sounds from all over the world and make crazy mixes. Also, I know the struggle of the music business so I always help my clients in their journey.

What moment in your career do you look back most fondly on?
The moment I took my strength and I decided to keep going after what happened to my mom. 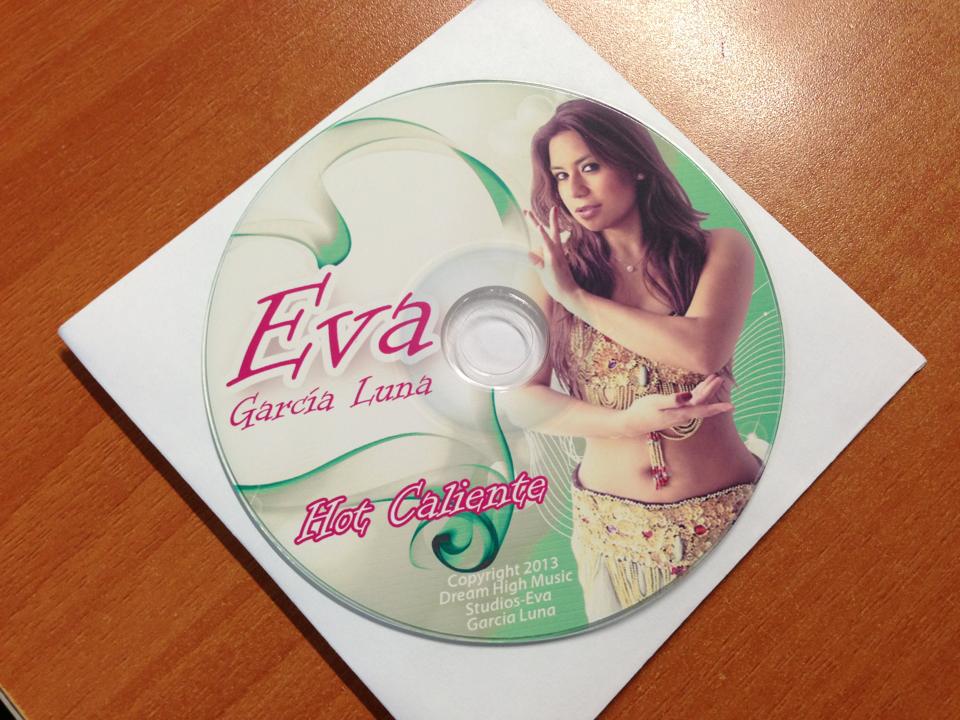 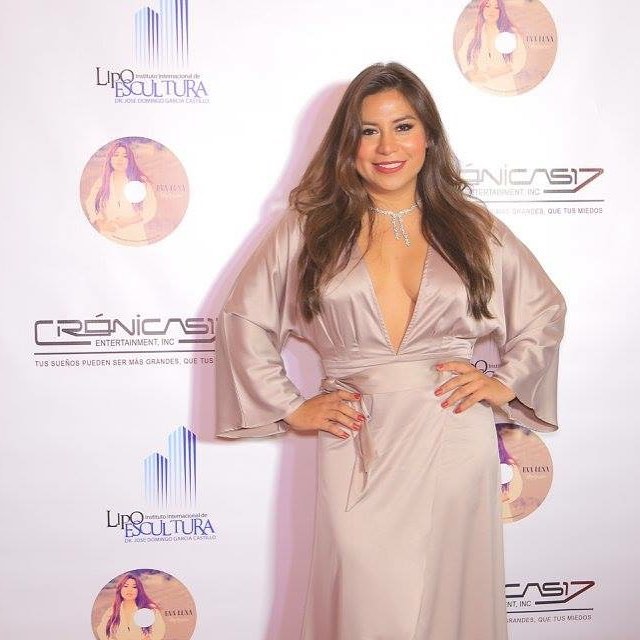 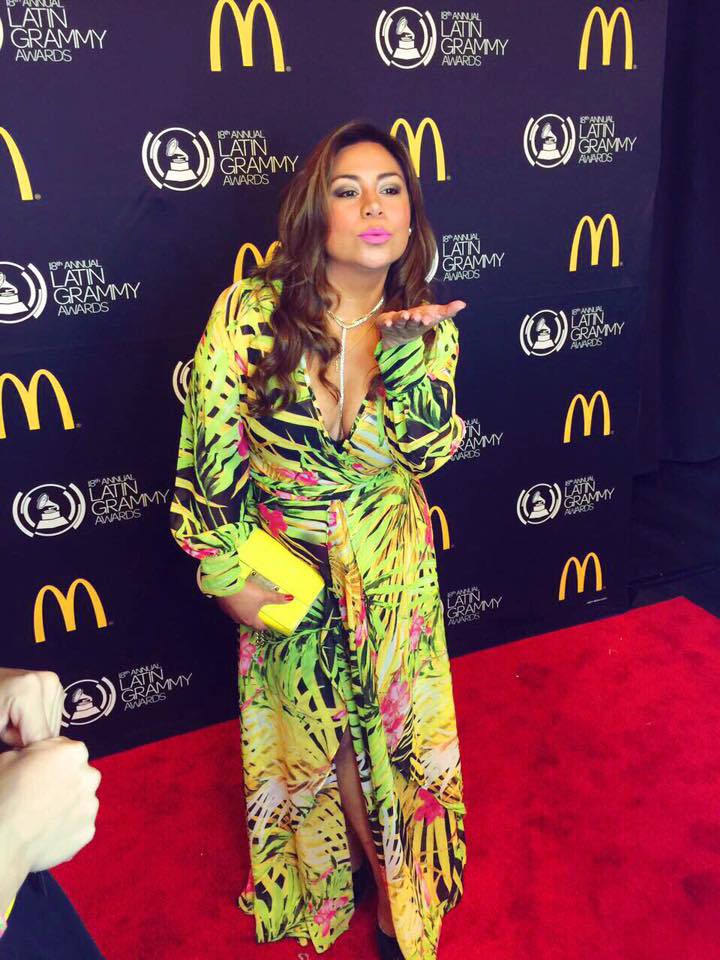 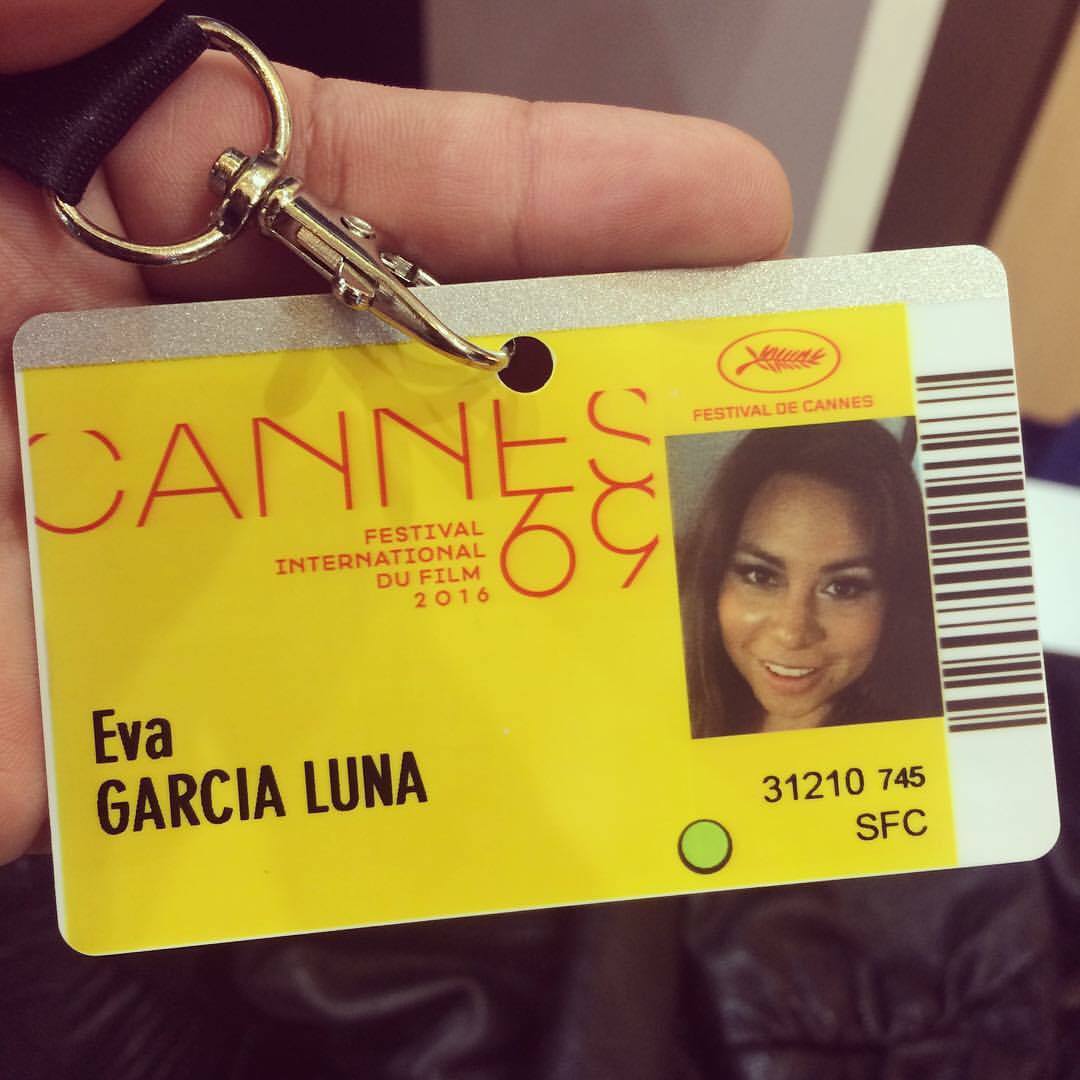 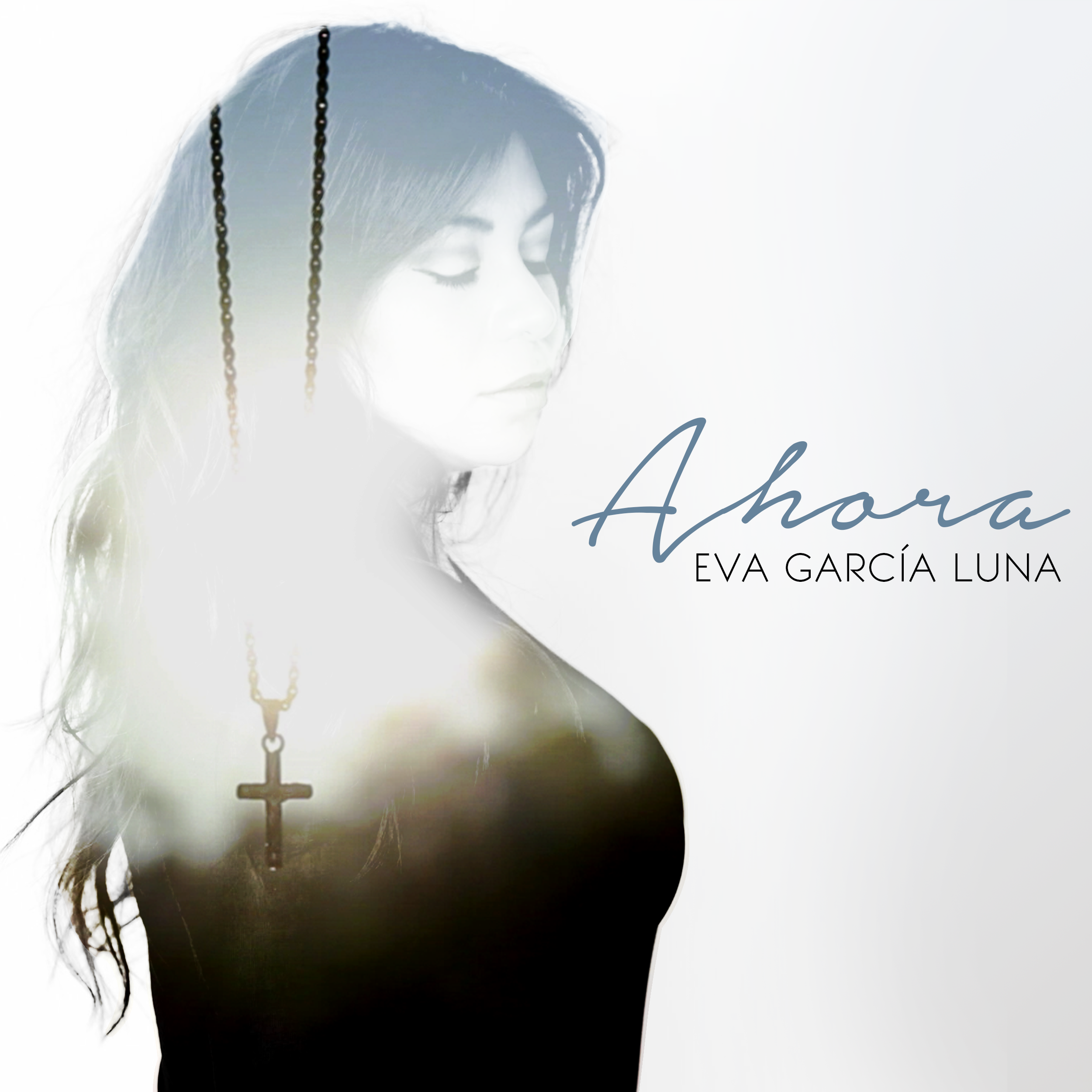 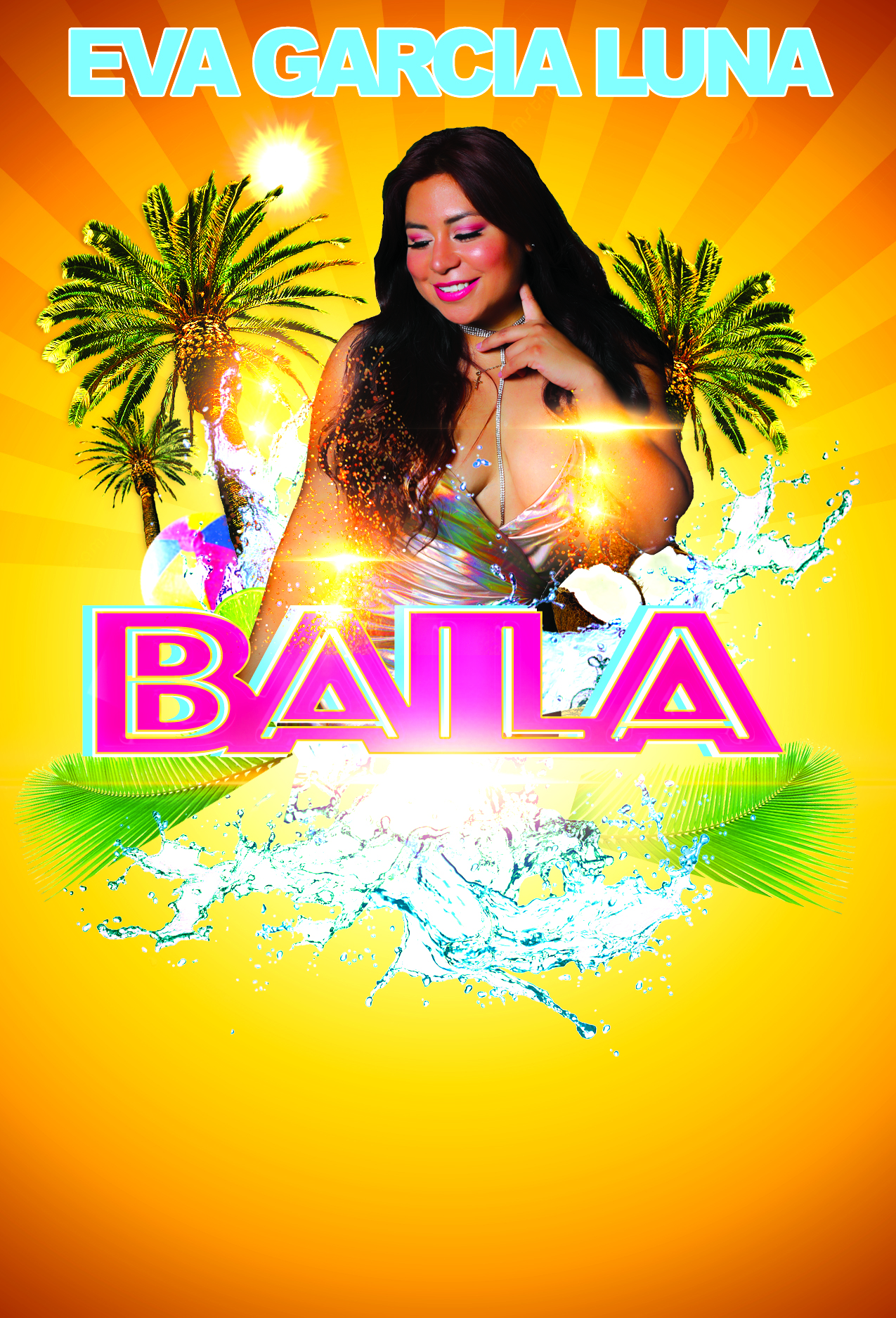 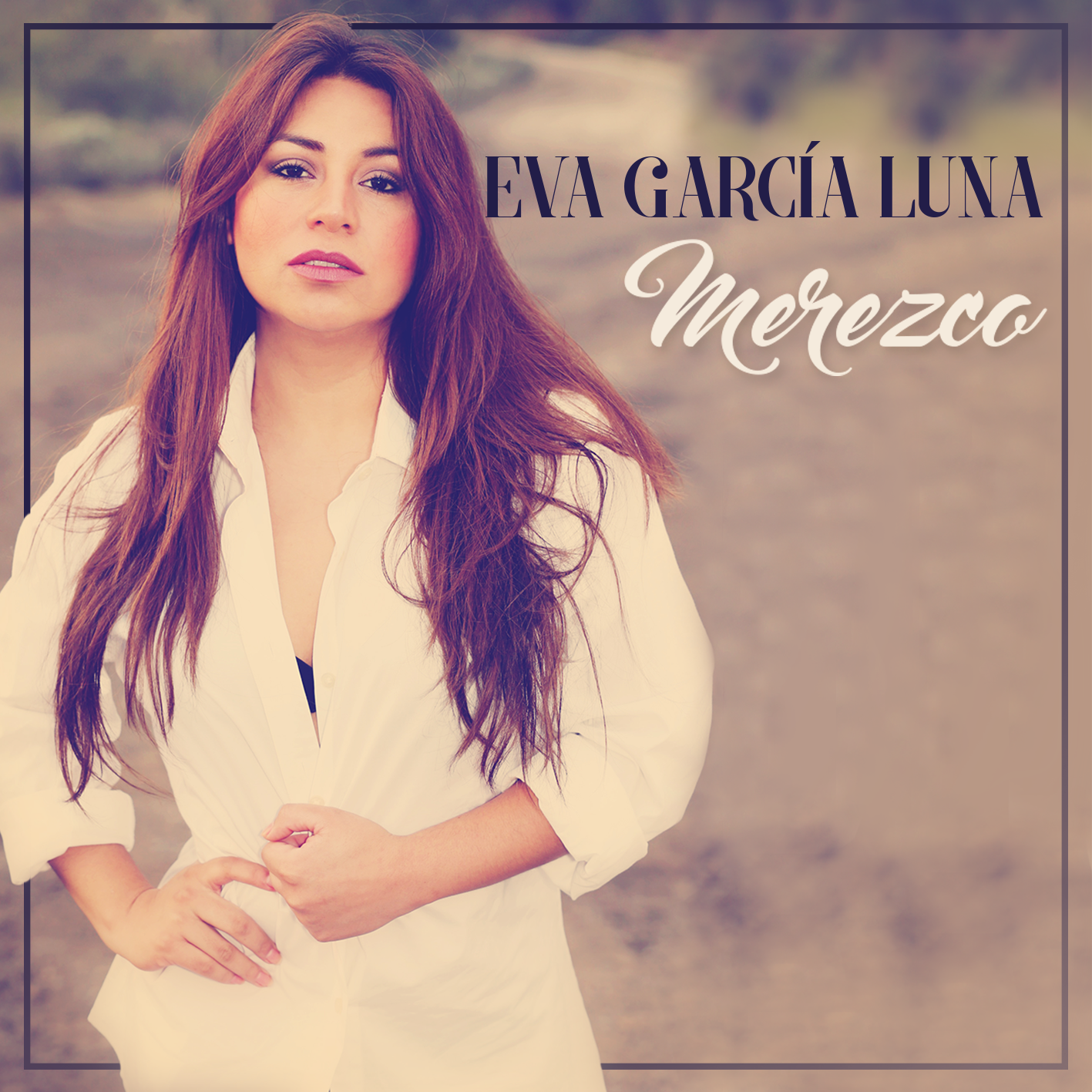