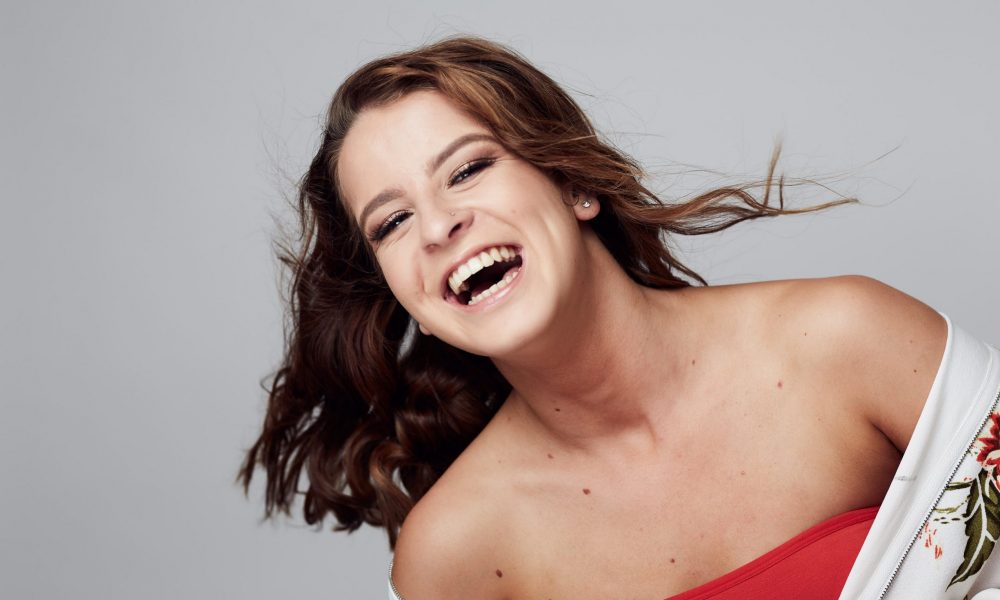 Today we’d like to introduce you to Emma Morris.

Thanks for sharing your story with us Emma. So, let’s start at the beginning and we can move on from there.
I started dancing at age five doing one ballet class a week at a local studio in New Zealand. To be honest, I wasn’t a big fan of it. I never really took it seriously – I actually wanted to be a soccer player, I only did dance because my Grandma said she’d pay for me to do one Ballet class a week.

At about age seven I joined a Hip-Hop Dance Crew at church called ‘Souls for Christ’ – I used to be their little Krumper. I wasn’t really enjoying Ballet so my Mum tried to get me into other styles. I did Jazz for half a year when I was about eight at one studio but for some reason didn’t ever really feel welcome or enjoyed it so I left and went back to Ballet. I was still part of the Souls for Christ Hip Dance Crew and was enjoying that side of Dance so my Mum moved me to a new Studio to train in Hip Hop when I was nine. I did the End of Year Studio Production with only one dance but I LOVED IT. I told my Mum that I wanted to pick up like 10 more dance classes the next year so I started with another Jazz Class and the competition team.

From there my love for dance just grew deeper and deeper. I quickly started competing at Competitions with Duets, Solos and Group dances as well as picking up more and more styles of Dance. I think I was 13 when I realized that I wanted to be a dancer and this was a first for my family! We were more Sports people than Dance, my mother is literally Soccer Mum turned Dance Mum. In 2016 (my Senior year of High School) I received a scholarship to attend AMDA in Los Angeles from a Dance Convention called ‘Kairos’. After looking into it we decided that going to AMDA was going to be way too expensive so my plan was to take the next year off to work so that I could save up to move over to Australia to train for a year as that’s what pretty much every dancer in New Zealand does.

So, I did, in 2017 I started working full time, taught part time, and took class with my remaining time. I competed in my last competition and was named the National Performer of the Year in Modern dance in the PACANZ national competition – a competition where all serious competitors across New Zealand come to Dance it out. I joined the SkyCity Cheer team which was the Dance Team for New Zealand’s National Rugby League team – kinda like the Laker Girls, I guess. I did the Kairos Dance Convention again that year and received another scholarship to attend AMDA except this time it was double the amount as the year before. My parents and I kind of thought it was a sign and Dad was doing a sermon for church that week that seemed to line up with me moving to America and going to AMDA. So, I decided to start the Fall of 2018 to give me more time to save up for the course. I also joined a Pre-professional training program that year with Momentum Productions which is a big Entertainment company for New Zealand dancers. Moving to America was a big move but I am so happy I did it. I have learnt so much about myself as a dancer, a performer and a person and have met so many amazing people. A year and a half later I have now graduated and am starting my path into the big bad world of the Performing Arts – well trying my best during COVID-19

We’re always bombarded by how great it is to pursue your passion, etc – but we’ve spoken with enough people to know that it’s not always easy. Overall, would you say things have been easy for you?
As a dancer I don’t really think anyone has a smooth road. My road hasn’t been incredibly smooth but it also hasn’t been incredibly bumpy. I’m very blessed for everything that has come my way and all the support I’ve received along my journey. Living in New Zealand was great but it’s so far away from anything which means flights home are expensive and aren’t as regular as I would like them to be. I think every dancer struggles with not feeling good enough or comparing themselves to others and being your own biggest critic – It’s a journey that I am always working on, some days are better than others but I’m always moving forward. Dance is also pretty expensive and coming from New Zealand where our currency isn’t the strongest in comparison to the U.S is a little hard as I lost so much money moving here and living here and being a dancer isn’t that cheap either so I am very glad I worked and saved before moving over. Another struggle is being an immigrant. Visa’s in America are tricky and they come with quite a lot of restrictions. For example, as a Student I was only allowed to work on Campus which also meant shorter hours of work. There are so many times where I wish I could’ve just gone out and got a normal job.

At the moment I am on my OPT which is pretty much just a year to work in the industry but that means I am only allowed to work in the performing arts and it has to be at least 20 hours a week and if I’m unemployed for too long in a year I have to leave the U.S immediately. It’s a little tricky and became a lot trickier once COVID-19 hit but I’ve managed to volunteer doing social media for a friend to keep my Visa – it’s just a little waste of my Visa not being able to audition and book jobs at the moment. I’m now in the process of applying for my next Visa and that process is crazy. There’s so much Information I have to gather and again it’s a lot of money however through all my challenges as long as I put my trust in God I believe I’ll come out the other side. You just have to have a little faith, keep your head high and make actions towards your goals.

What were you like growing up?
I was a big energizer bunny. I was that kid that couldn’t sit still, didn’t stop talking. The kid that was LOUD and loved the center of attention – I think that’s partly due to the fact that I was the youngest of three and there’s a seven year age gap between me and the next sibling. I’m still the same now except I’m very shy at first, when you first meet me you would think I was an introvert. But sooner or later you’re going to be begging me to shut my mouth and calm down – I really am that annoying little sister but I kind of love it. I’ve always loved sports, I think I played almost every sport you could play in middle school. Outside of dancing, my idea of a good time was a new adventure whatever that may be Hiking, dirt biking, four Wheel driving, Swimming. But I’ve also been someone that takes on too much at one time and always has an excuse to skip the party (99% of the time because of dancing). I love responsibility and I freak out when I have free time in my schedule – it always has to be jam packed! Too much time scares me so I’m going a little nut at the moment. 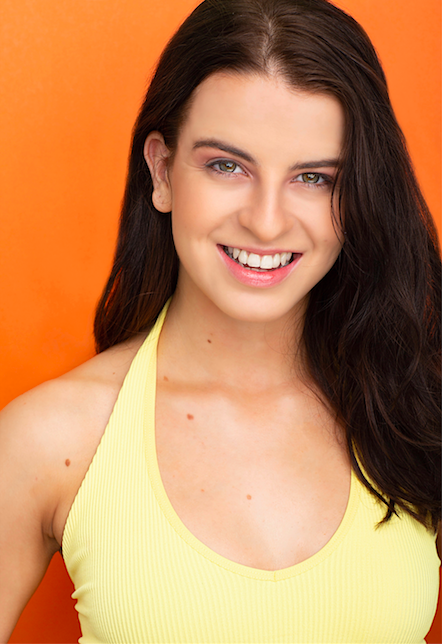 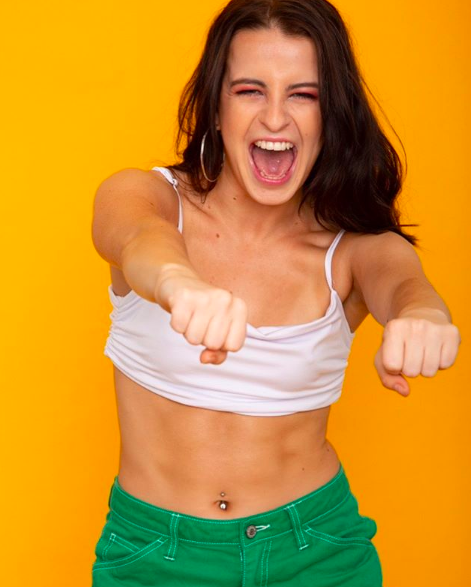 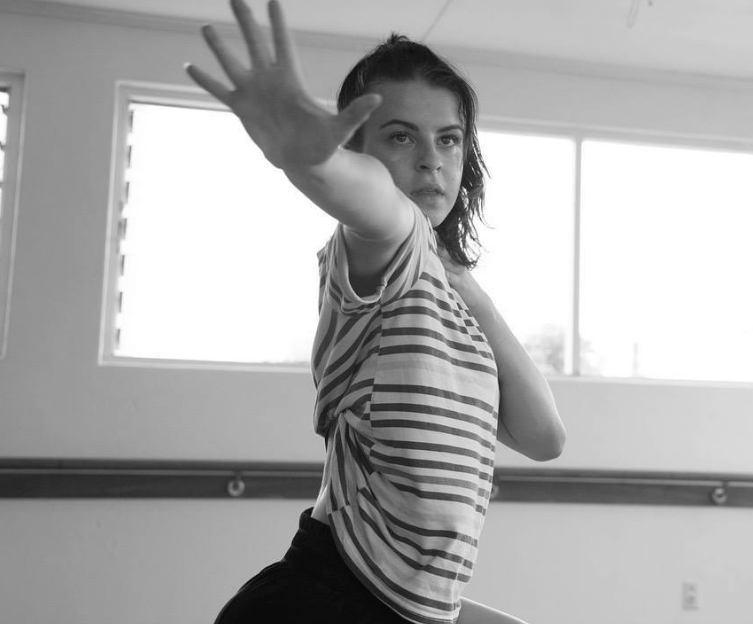 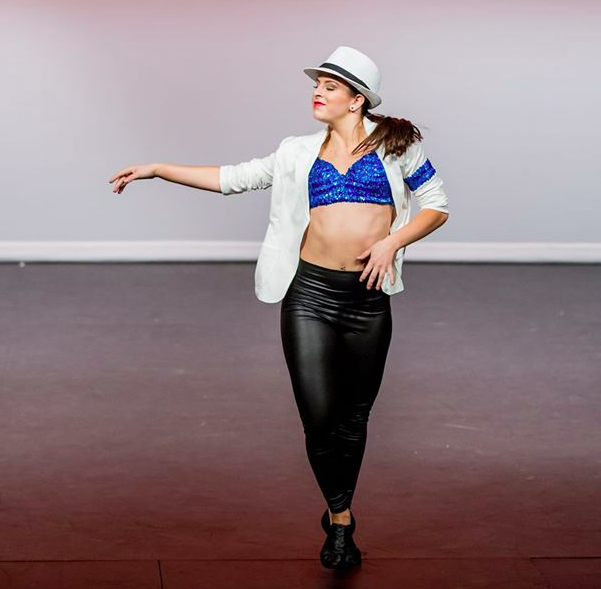 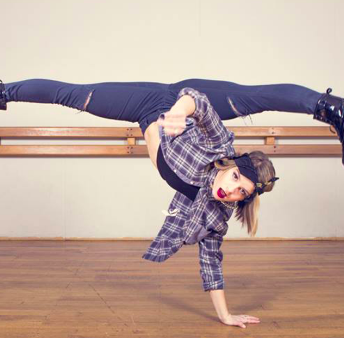 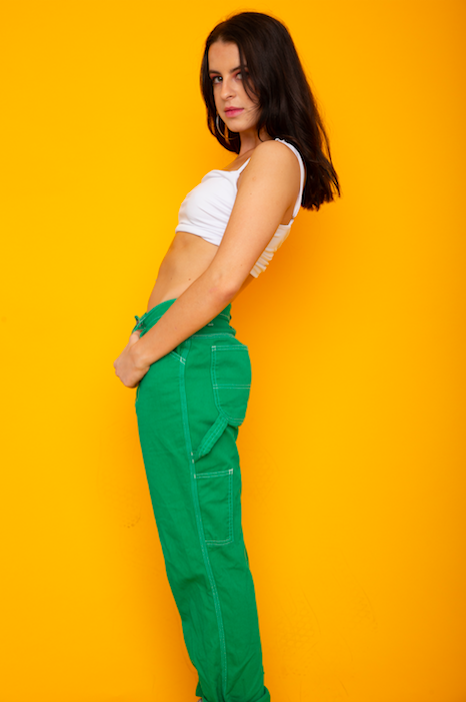