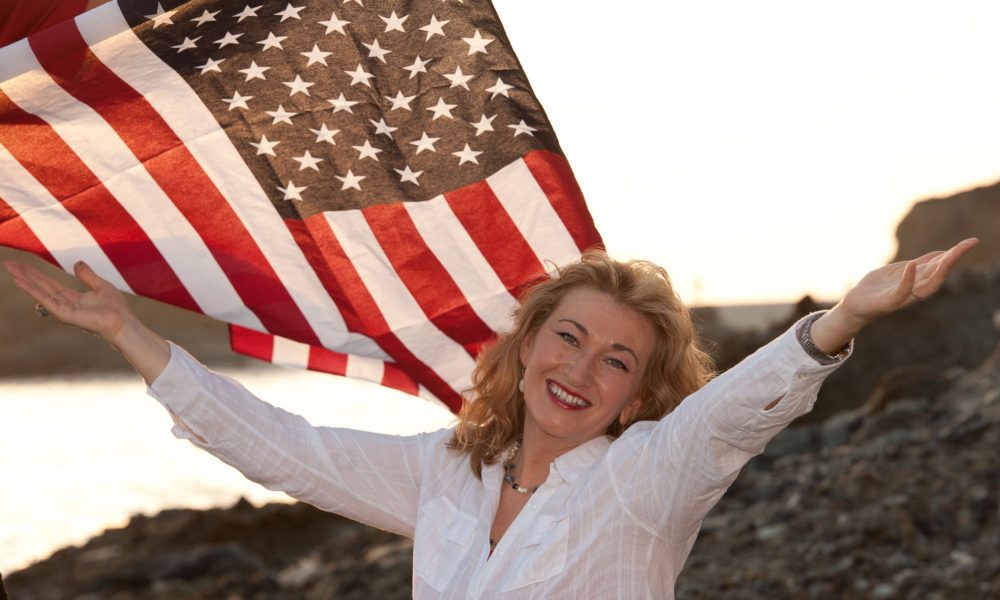 Today we’d like to introduce you to Suhein Beck.

From Syrian refugee escaping on a midnight train through Turkey to a camp in Germany to landing in the United States in 1971, Suhein Beck’s life has been nothing short of a suspense thriller. Growing up in New Jersey surrounded by tough gangs that did not welcome immigrants only made her family tougher and bolder. It was the lessons of living fearlessly that propelled her to an all or nothing game plan every day!

Although the one thing she’s always wanted was to NOT be an entrepreneur, that seems to be the underlying destiny that persisted no matter how much she resisted. She dreamt of escaping her family’s multiple businesses to have a corporate job with a salary and paid sick days! She managed to fulfill that itch and work in the corporate world of property management for 12 years until she left it all behind and played another round of all or nothing.

She wrote and pitched 2 screenplays for the Mideast. While pitching the films in Egypt, the top producers realized she brought a refreshing balance of East and West values and offered her to write and host not one, not two but three talk shows. The timing was perfect to offer her infectious positivity throughout the Mideast to empower young women! While filming the 9th episode of a 30-episode pilot series, the bombings began once again. This was Suhein’s 3rd evacuation out of a sudden war-torn country. She knew the drill too well.

Devastated that her one opportunity to finally focus on writing and creative work was lost forever, she fell into a deep depression for the first time in her life with no plan. Seven months later, she came up for air, fell in love and married a fearless entrepreneur. Instead of going back into Real Estate or Corporate, he encouraged her to launch her family’s ancient medicinal skincare formula. Problem was she had zero experience in manufacturing, legal FDA registrations, or anything related to skincare or cosmetics.

Though she lives in Orange County, she decided to launch the product, ELAJ Moisturizing Emollience at an upscale Street fair in Palm Desert, California. Within a few weeks customers returned asking how and why the product was working on their Eczema and Psoriasis better than their own prescription medications. They actually suspected there were secret ingredients such as topical steroids and hydrocortisone in the formula. Not only did Suhein not know what they were talking about, but had never heard of steroids other than body-builders pumping and popping pills to gain muscle volume.

This prompted Suhein to dive into the ocean of dermatology… She discovered an underground community of people suffering from topical steroid addiction and horrible side effects from these prescription medications. There was a common thread from all these skin confessions she heard over a span of ten years. She collected case studies and testimonials and learned more from those customers than she could ever hope for in clinical research.

Meanwhile her little company named, ELAJ, LLC grew from that humble street fair booth into an International company with global distribution in what seemed like an overnight success that took ten years in the making. ELAJ Eczema Therapy was featured on national television as an AS SEEN ON TV product and was sold in every Walmart, Bed, Bath & Beyond and hundreds of other national retailers.

It was through a licensing deal that helped her gain traction and build a name for her company. All without any large capital investment from her to scale production and manufacturing and distribution. Licensing deals are unique and rarely considered as an alternative to the classic “Shark Investor” or venture capital or small business loan. After that one-year licensing deal, Suhein rescinded the contract and regained control over the brand, intellectual property and re-launched ELAJ on her own terms.

Now ELAJ, LLC is positioned as an E-Commerce only business model based on M2C – Manufacturer To Consumer. With the new-age of millennials that want to feel connected to their beloved brands, Suhein instinctively knew that her loyal grass-roots customers wanted her back front, line and center. It was always about their healing journeys and not about profit margins. Money comes and goes, but customer trust is one jar away from a trash can.

She liquidated the inventory out of the stores and is living happily ever after in full control once again shipping packages filled with surprise goodies directly to her customers! She wouldn’t trade a thing for the freedom and connection she has with her loyal following.

As for all that research she did over those ten years? It’s all there in a book that is scheduled for release on December 15th, 2017. “Skin Confessions” details incredible skin phenomena and healing journeys. But don’t expect the book to be a normal how-to guide. No. It is actually written in the voice of everyone’s skin. And that voice comes from DERMA and “she” is one angry, frustrated potty-mouthed gal who wants the world to know she is fed up with being blamed for everything. It’s a lighthearted book packed with medical science, though you’d never know it.

In March of 2018, Suhein’s 2nd book is scheduled for release detailing her entrepreneurial journey launching ELAJ while her husband and partner, Adam Badawy, launched his invention and product Connect Charlie in a completely different way. Their book is, “The Crazy Adventures of Mr. & Mrs. Entrepreneur.”

Great, so let’s dig a little deeper into the story – has it been an easy path overall and if not, what were the challenges you’ve had to overcome?
After losing the talk shows in the Mideast, going through depression, being a single mom while losing 3 properties, declaring bankruptcy, having car repossessed with the economy crashing around the world, she built ELAJ with zero capital and literally daily space rent for a booth at a Street fair of $60 per day plus $8 for insurance. That is literally how she started from zero all over again. One day at a time, one expense at a time, not knowing if there would be a future in an unknown product.

Elaj – what should we know? What do you guys do best? What sets you apart from the competition?
We measure success by how many “love letters” we receive per day. We have kept every single postmarked letter, email, review, testimonial, video, before and after pictures, even text messages or Facebook posts. We archive every single communication with our customers and that proved extremely worthwhile when we signed on the major licensing deal. Turns out that is all considered “Intellectual Property” and had immense value! Who knew? We just love our Love Letters!

ELAJ became famous because it filled a unique niche in a tough skincare void. For Eczema and Psoriasis, the only two alternatives are over the counter products made with alcohol, preservatives, toxins and/or synthetic ingredients. The other alternative is hydrocortisone and prescription topical steroids. Both have very serious potential side effects far worse than just “skin thinning” as so many doctors have minimized their effects.

Suhein Beck became known as an advocate to help raise awareness of the dangers of Topical Steroids. She even wrote and produced a song and music video about it. So, the passion to help heal skin naturally goes far beyond just selling ELAJ, but rather to help divert others from falling into the cycle of the “Steroid Rebound Phenomenon.” In every possible turn, she coaches people that were involuntarily addicted to topical steroids and helps them through the horrific withdrawal of this dangerous drug.

There is a nonprofit organization that is solely dedicated to that purpose and that is www.ITSAN.org which stands for International Topical Steroid Awareness Network. Suhein works to educate people to explore the pros and cons of using corticosteroids by visiting this website.

What moment in your career do you look back most fondly on?
Scaling Production and Manufacturing 250,000 jars at a time in the factory! 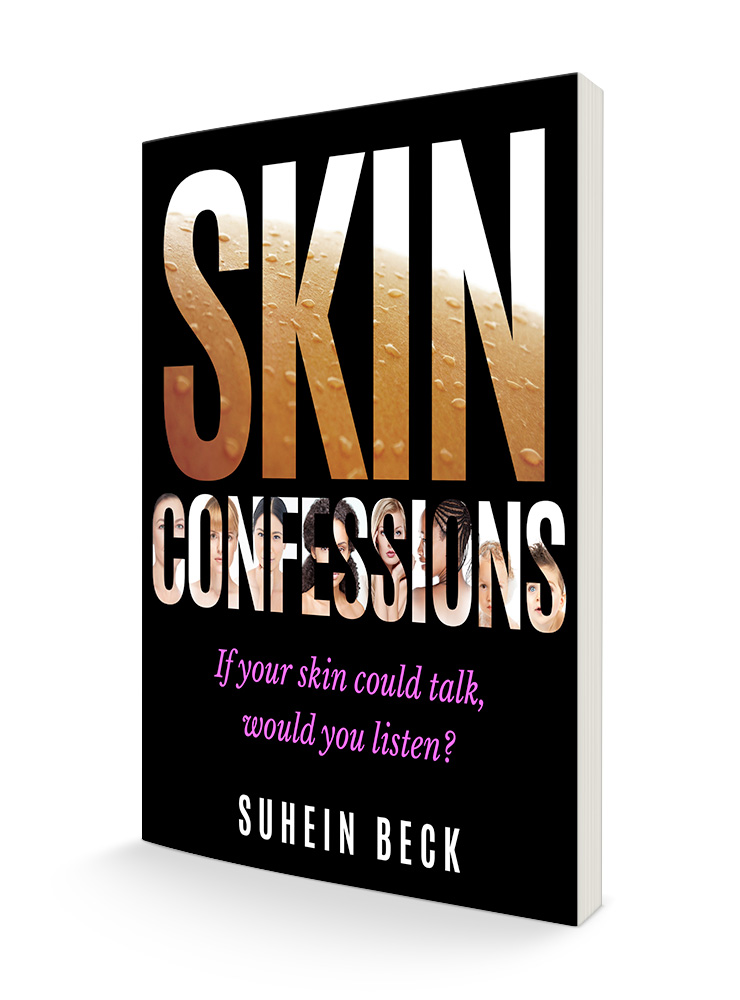 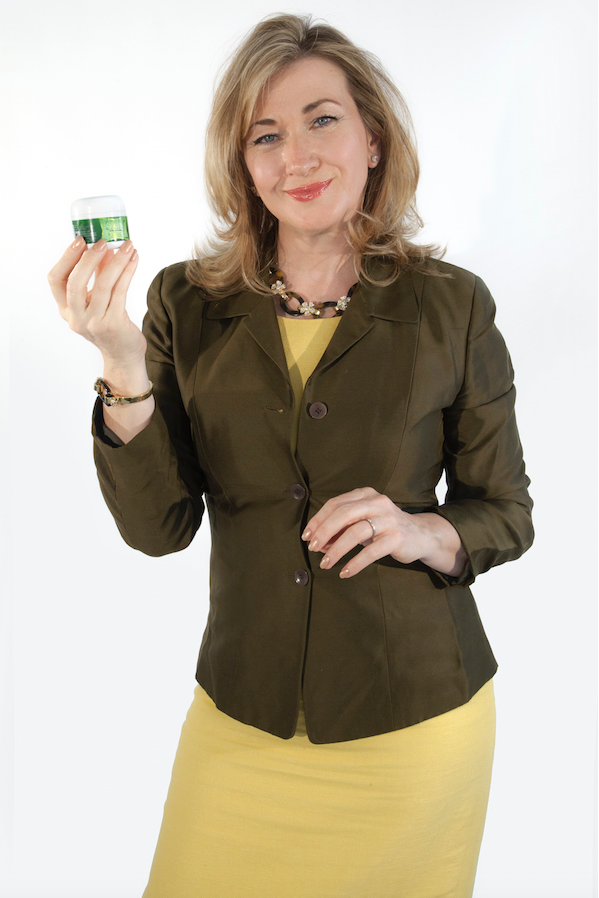 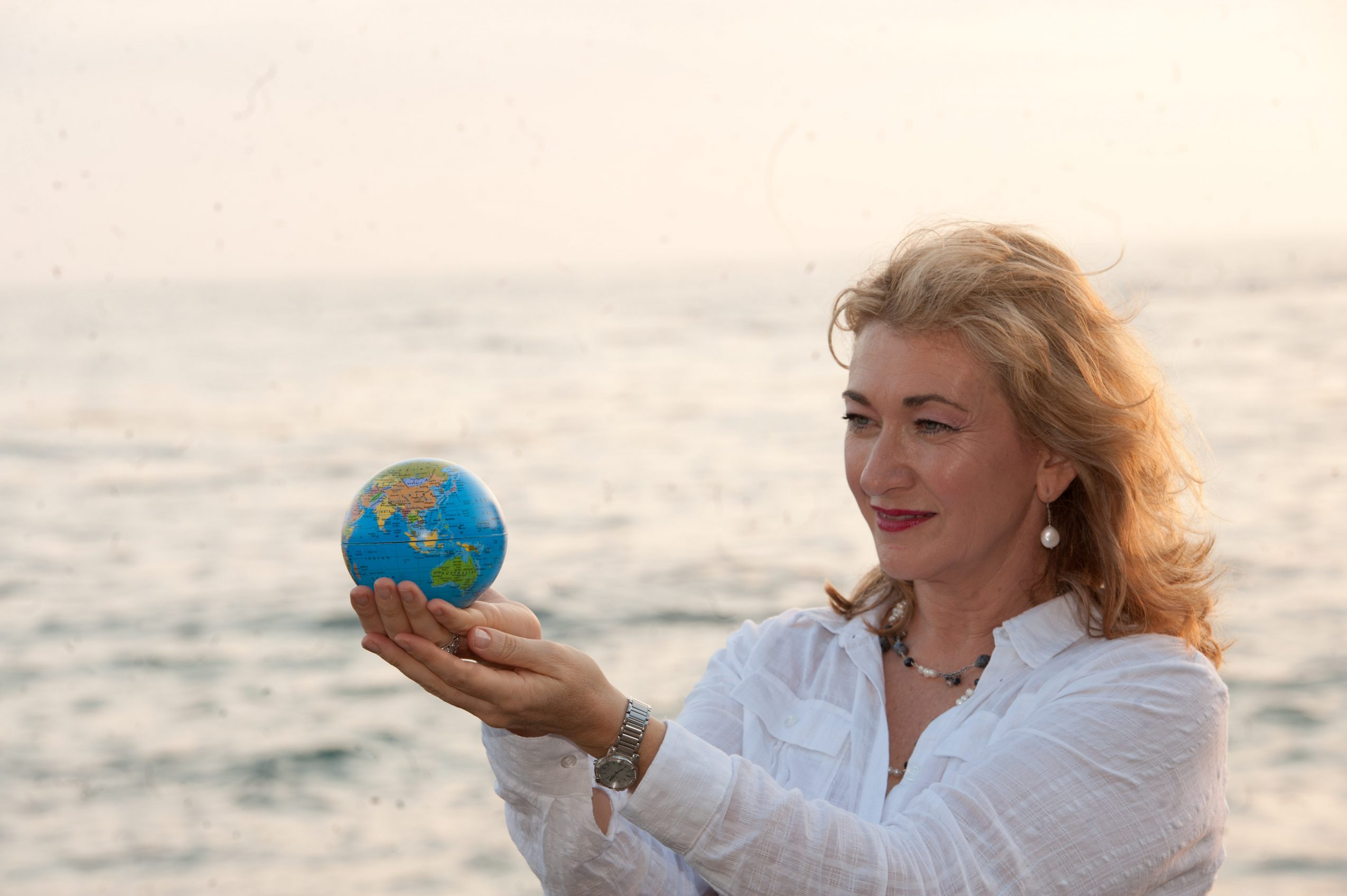 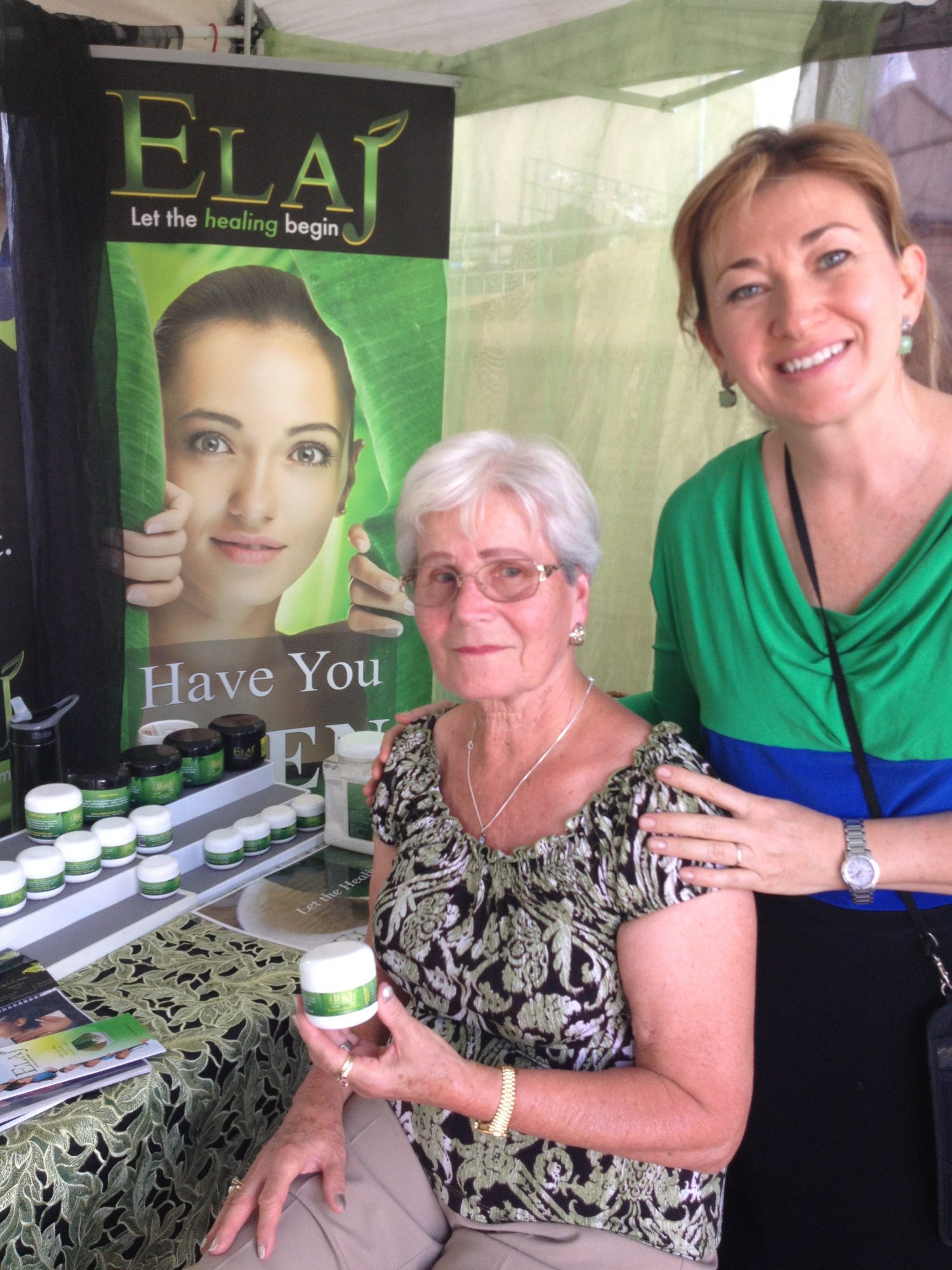 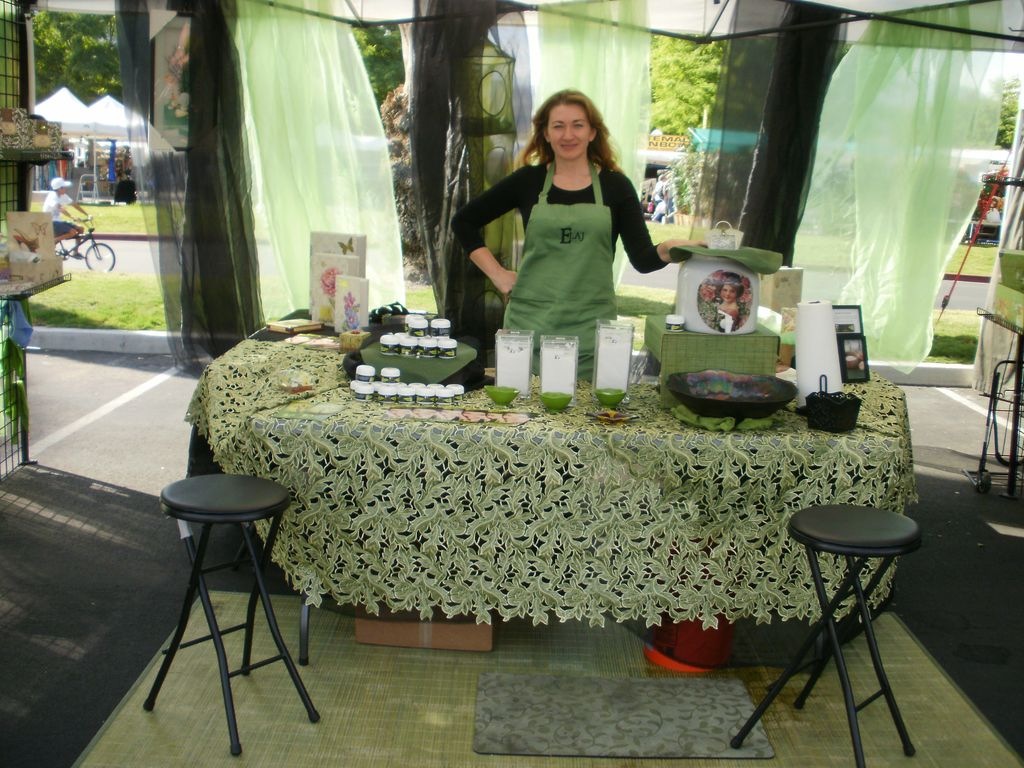