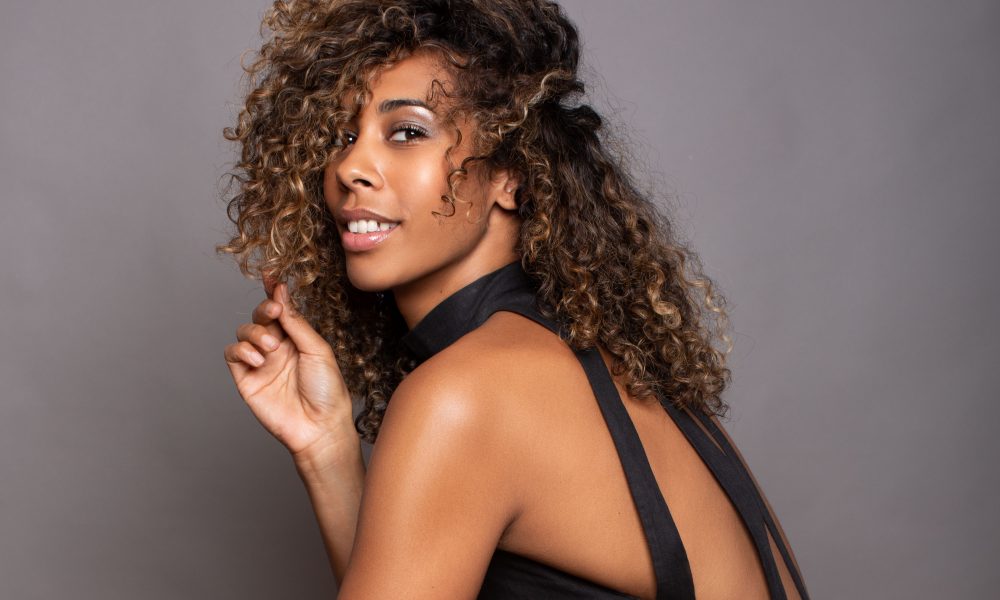 Djaka, please share your story with us. How did you get to where you are today?
I’m an actress and director. I was born and raised in Paris, France to a French Mother and a West African Father. I grew up in quite an artistic household, I remember Jazz, Fashion, Hollywood Golden Age movies, cherishing the world of Cinema and of course, my father, who was also an actor and screenwriter. That definitely influenced where I’m in my life today! I started acting, singing & dancing around the age of eight, French classical theater at first, then musicals, and, as I’m not really the kind to wait for the phone to ring, I started developing my own content. I wrote a play with another actress that we toured all over Europe and even in Hong Kong, where I decided to live for a couple of years, always performing, working mostly as a Jazz singer before I moved to New York, where I trained at the Broadway Dance Center and performed in off-Broadways shows. There, I had an incredible opportunity and started working as a producer for a big company in both documentary & narrative films for three years. But I soon realized that I missed acting and creating very badly and so I wrote, directed, produced and starred in my first short film as a director “Jazz in Wakanda.” I took a leap of faith, left the company and finally made the big move to LA, where I am now, developing my own projects as an actress and director.

Has it been a smooth road?
Wow. Where do I start? Lol. It was not and will never be a smooth road. I’m an artist, I’m passionate, my heart is huge and the world is crazy, where do I start?? Lol. I’ve been navigating this industry since I was 16, when I first started going out to auditions and castings, I’ve modeled, done commercial work, acted, danced, sang, traveled the world with all of it, while being a multicultural woman of color! I have stories for days!

In France, I was signed with two of the biggest French talent agencies. Yet it was either being “not black enough” for some roles, “not white enough” for others, or the “there’s already a black girl in the show”… No comment. And the quality of roles? Cop, model, maid, prostitute, and let’s not forget the African girl that’s had FGM… That’s why it’s so important for artists to find their own voice and create. I know my voice was ignited by so much that’s been happening in the world, politicians and governments that infuriate me, their shameful use of populism, racism, sexism, ageism, hate! But also tremendous galvanizing movements like #BLM and #MeToo, with voices of underrepresented communities, women, gays, transgenders and so many others screaming that enough is enough. Now, of course, with creating content comes the issue of access. Who are the gatekeepers that have the power to open the doors? And who are they opening them to?

We’d love to hear more about your work and what you are currently focused on. What else should we know?
As a filmmaker, the projects I want to develop and have in development, all shed the light on the experience of multicultural and mixed identities. As we rarely see those voices represented on screen, that is definitely a philosophy and goal of mine to be able to expand on what it means to be of mixed heritage, often living at the intersection of different cultures. I’m Black and French and no one in my family owns a pastry shop nor is a warlord! Where is that film? I really want to develop narratives celebrating the beauty and complexity of culture mixing of second and third-generation immigrants, featuring multicultural worlds and multi-languages storylines. That is who I am and who I’m proud to be.

And even though we made it for close to nothing, my short film as a writer director was composed of a crew of women and immigrants, and a cast of 100% women of color. That represents the world I live in! “Jazz in Wakanda” was selected in many festivals including Urban World, Nitehawk Shorts and New Filmmakers Los Angeles, who support that vision. I personally long for a fairer representation of the African diaspora across all media, and for so much more, like equity and inclusion for women in the entertainment industry! As a matter of fact, the second short film I directed, “For Life”, was created by an all-female-identifying cast and crew of 30 as part of the Women’s Weekend Film Challenge in Los Angeles. We shot in February and managed to have our premiere at Arclight Hollywood right before Quarantine hit California! It was such an incredible experience, we were all on such a high!!

Is our city a good place to do what you do?
I’m used to cities where you don’t need a car, so to tell you the truth, the transition to LA has been a tad challenging! Lol. But I remember the first time I came here, I was a teenager, and I could not comprehend where/what the city was! I was used to the European model, with a city centre! I really think LA has evolved tremendously throughout the years, look at just how much Downtown has changed! I’m a New Yorker at heart, I’m used to get out of my house and go talk to my Dominican dude at the Deli! Lol! Also, I still don’t have a car so I’ve been riding the bus or using the subway and Los Angelenos call me crazy! Lol! It’s definitely fed my writing, let me tell you. But I’ve appreciated LA in many different ways, first there is amazing culture and that is something I can not live without, I live around Koreatown and I am a sucker for Thai town’s restaurants! Do you know JITLADA? Heaven.

And then the art, the nature, the food, the hikes, and Hollywood and Beverly Hills still have deep down in my soul a sort of sacred connotation. I shot a music video for a French & West African artist called “Badie” in December, we shot on Venice Beach and although it was really his dream to shoot the video in that location, it quickly became mine too! We had a lot of fun. What I would recommend to someone just starting out, in LA or wherever in the world, is find your COMMUNITY. Ava says it best: “If your dream only includes you, it’s too small.” 😉 Filmmaking is a team’s work, it is a family suddenly coming together looking in the same direction trying to make art. Find people that support you and your vision. 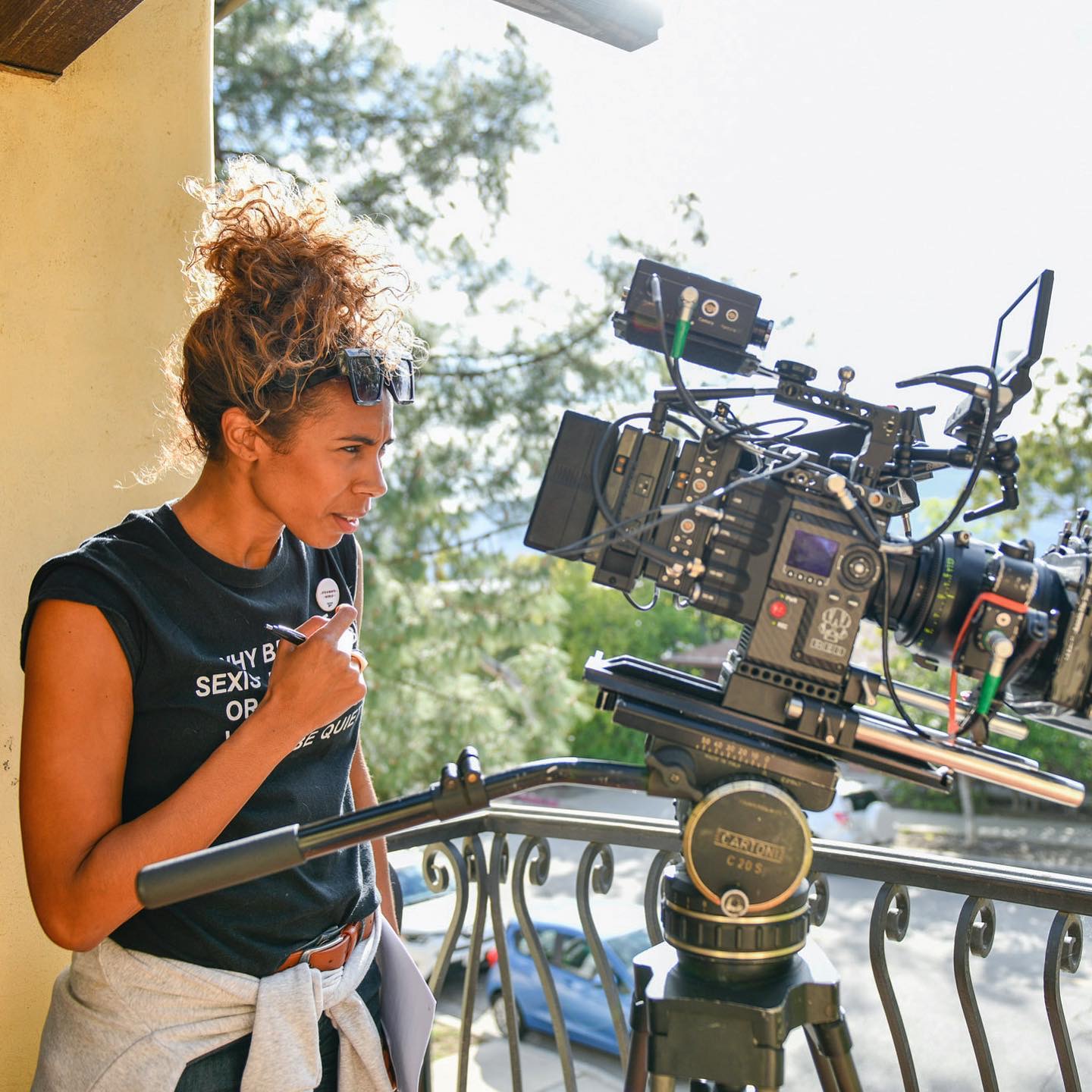 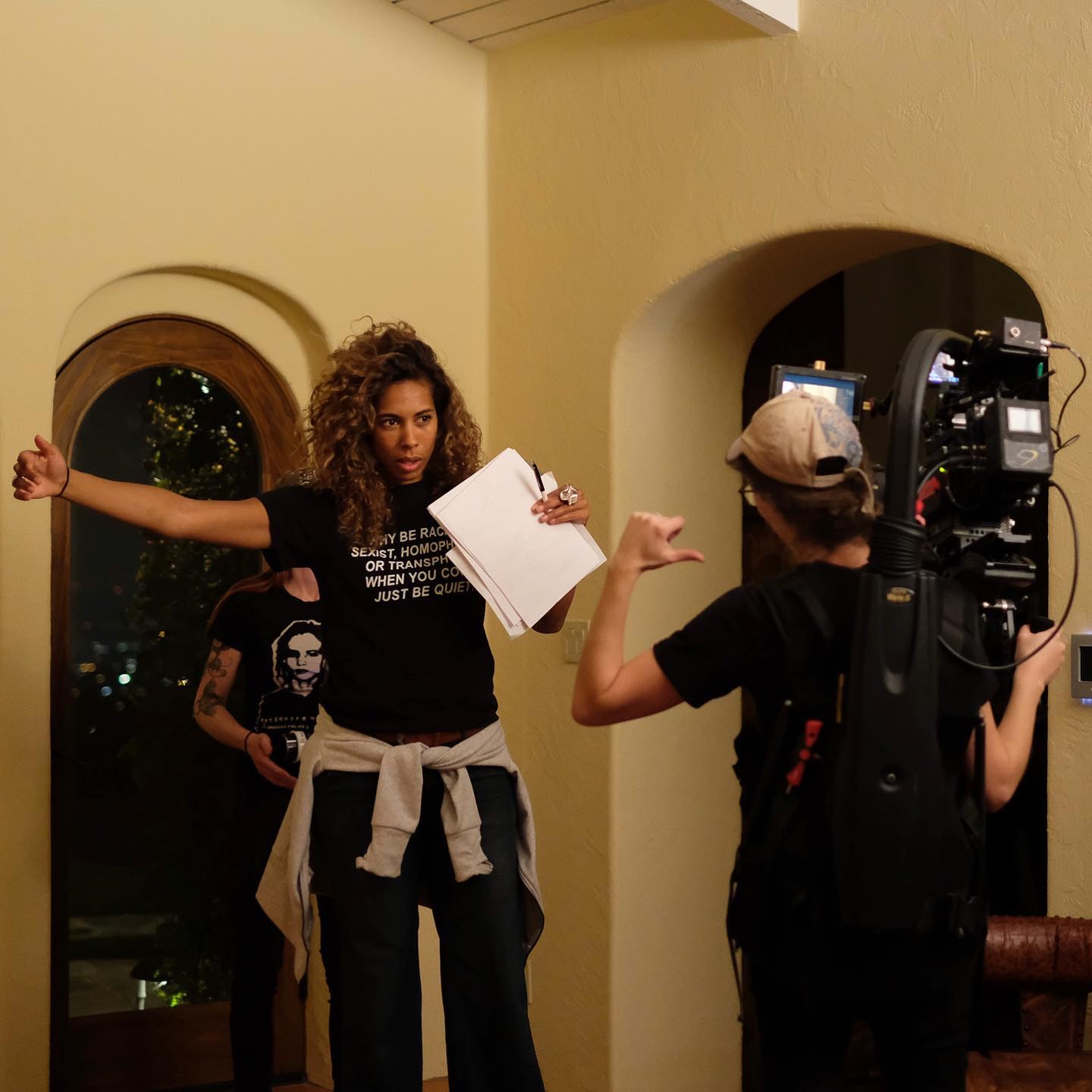 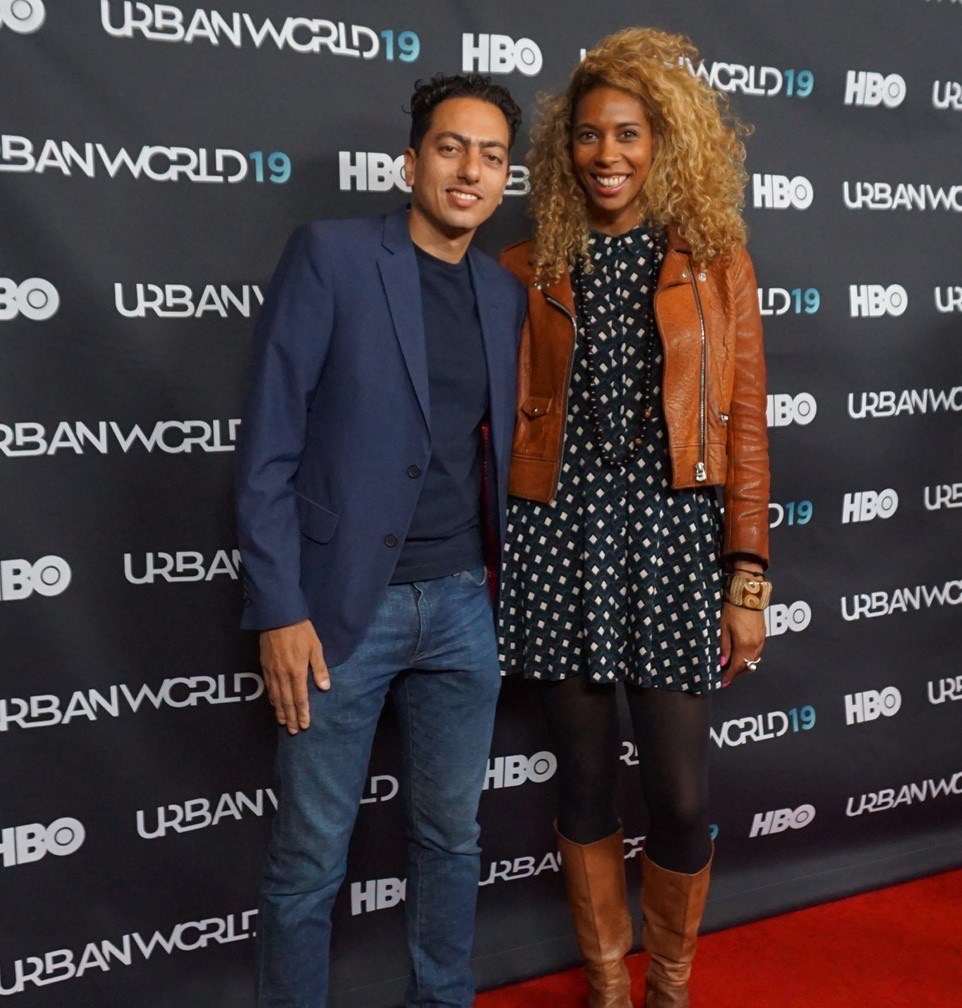 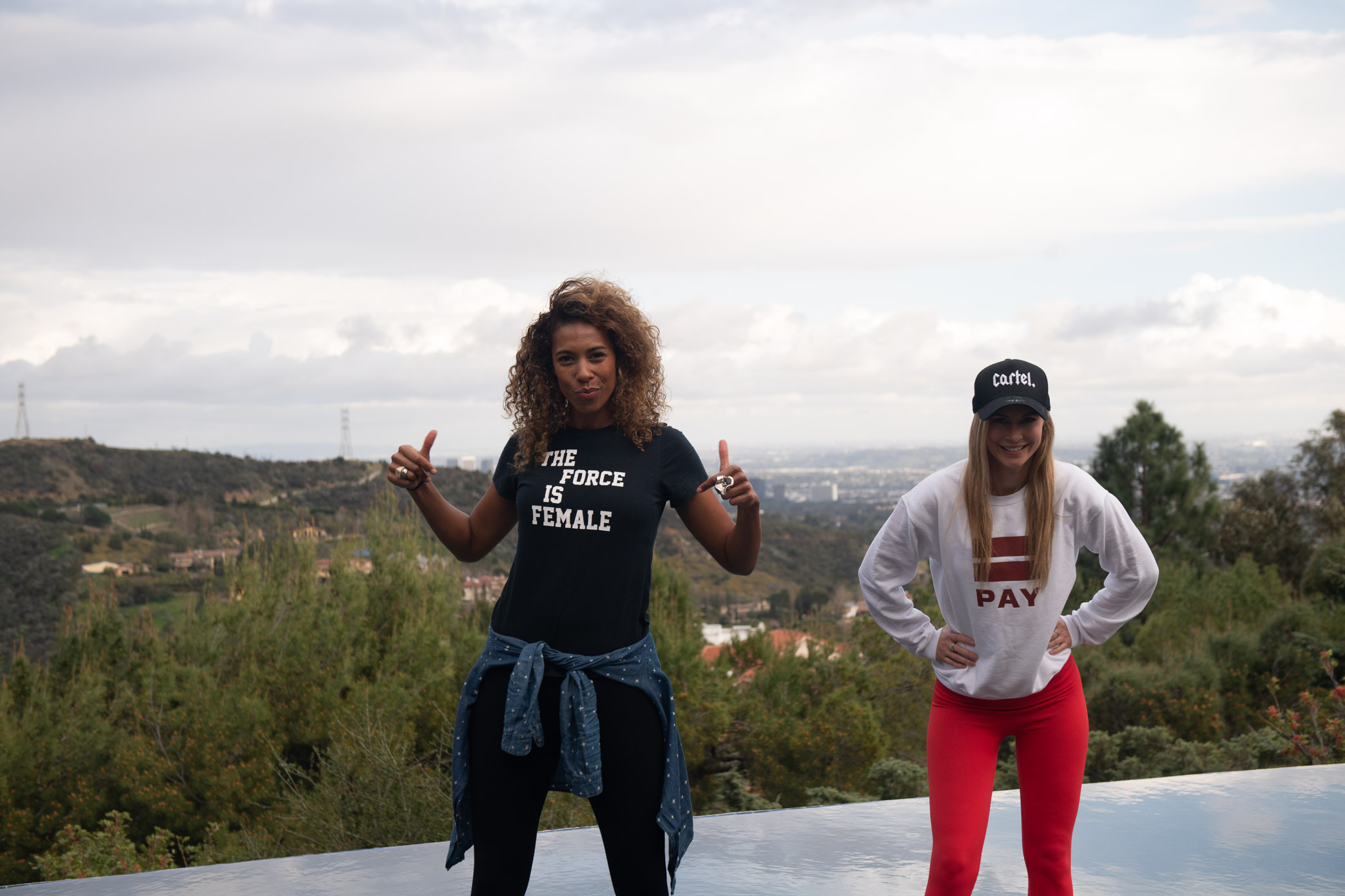 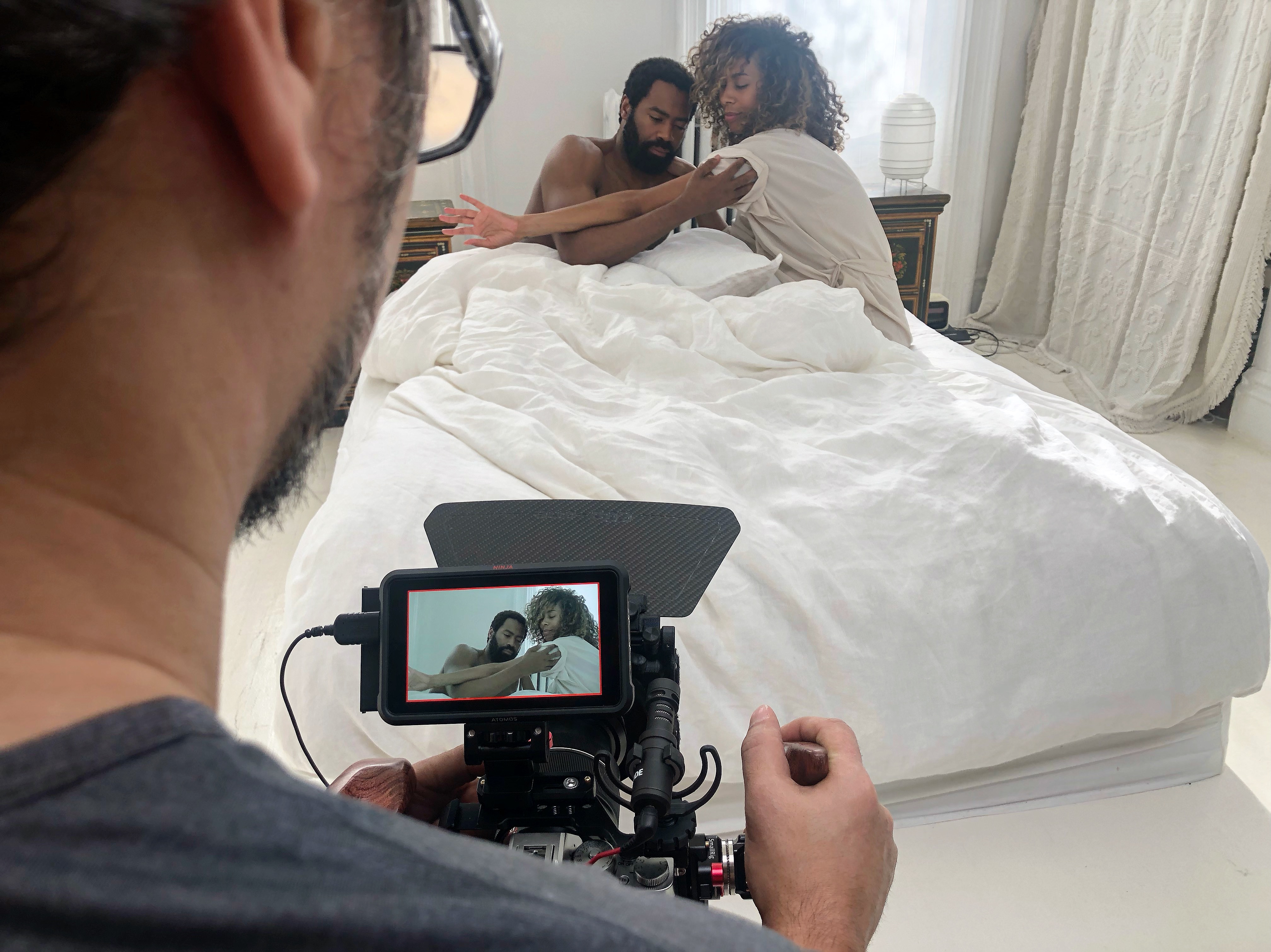 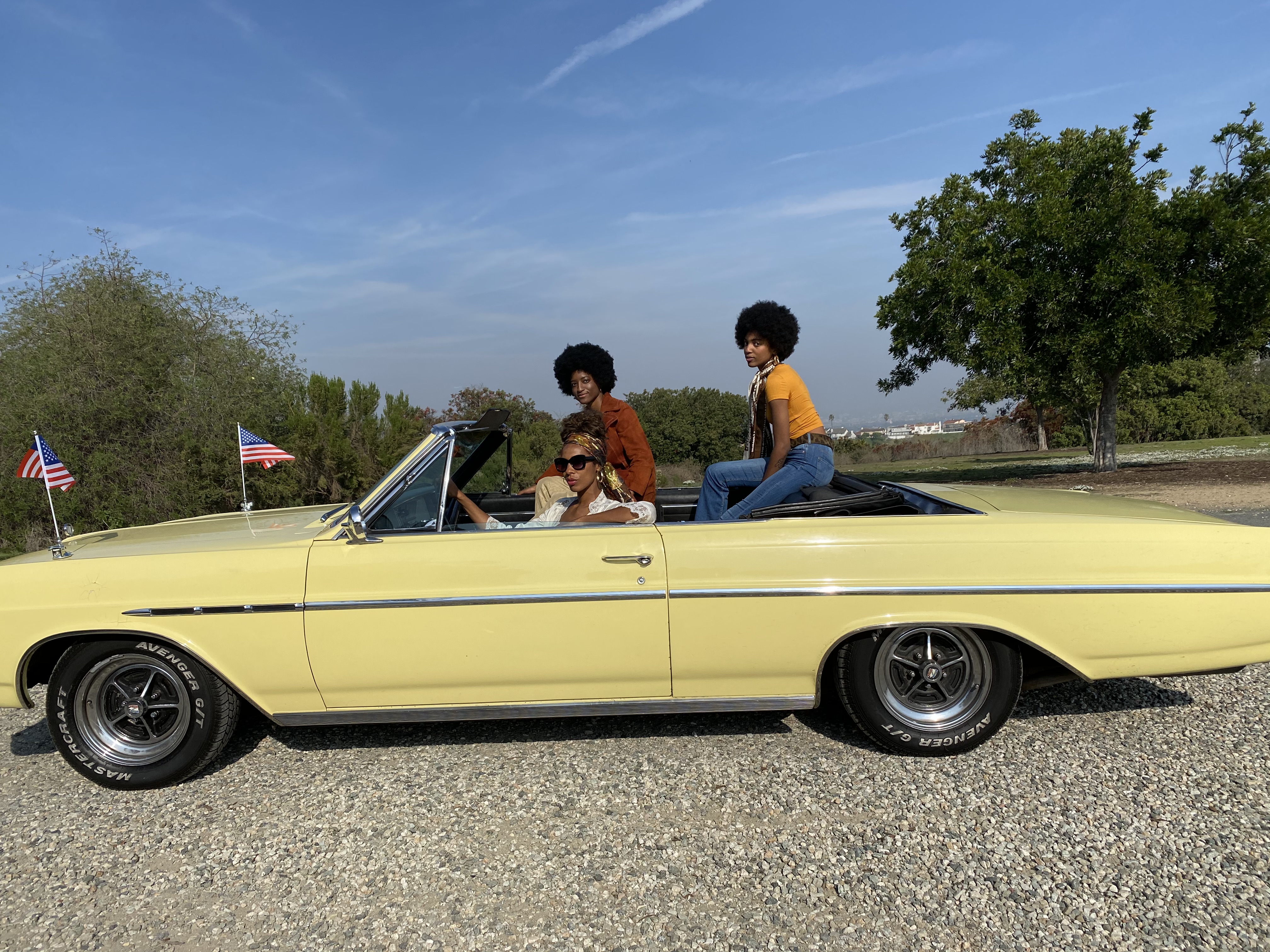 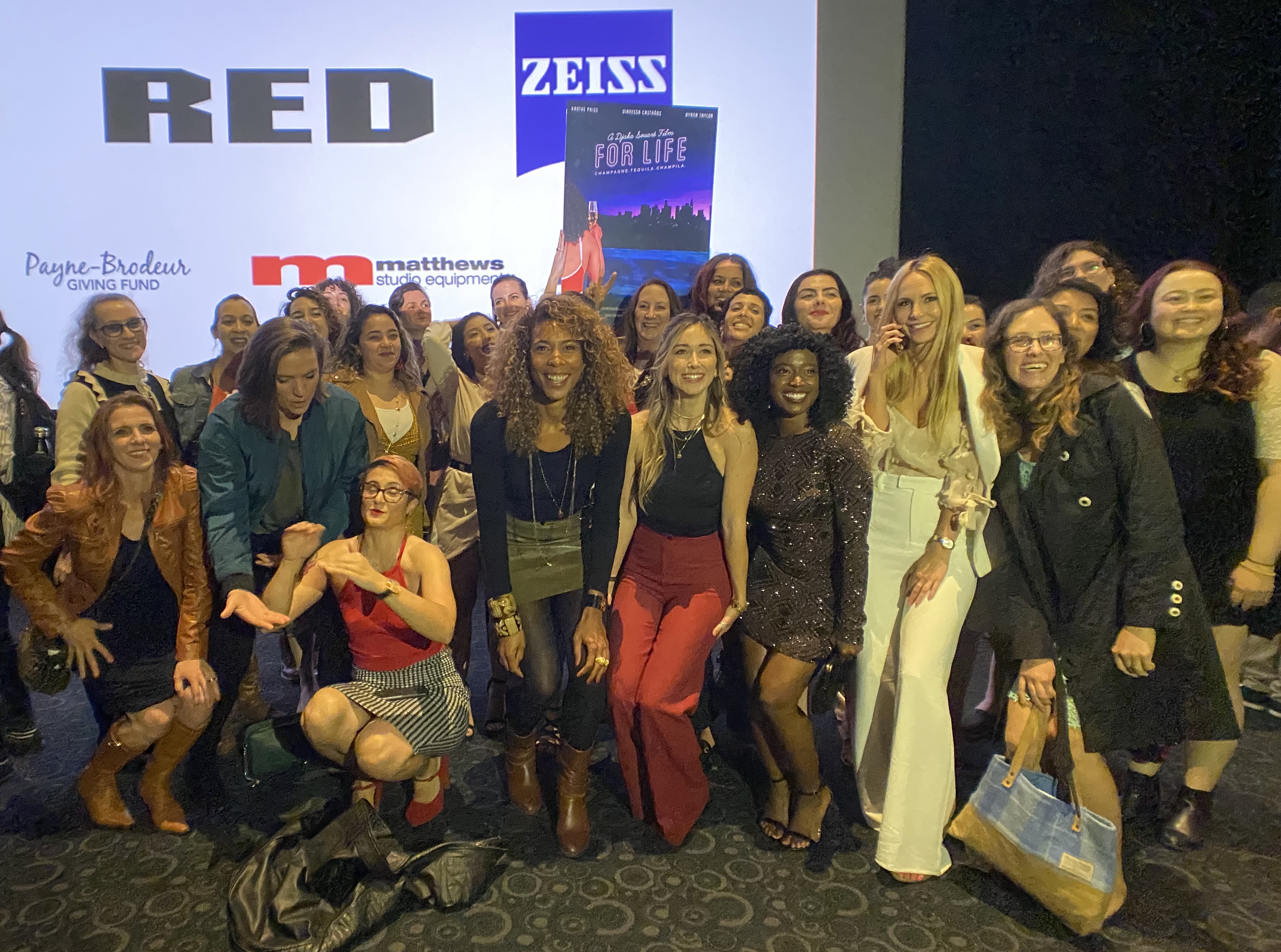 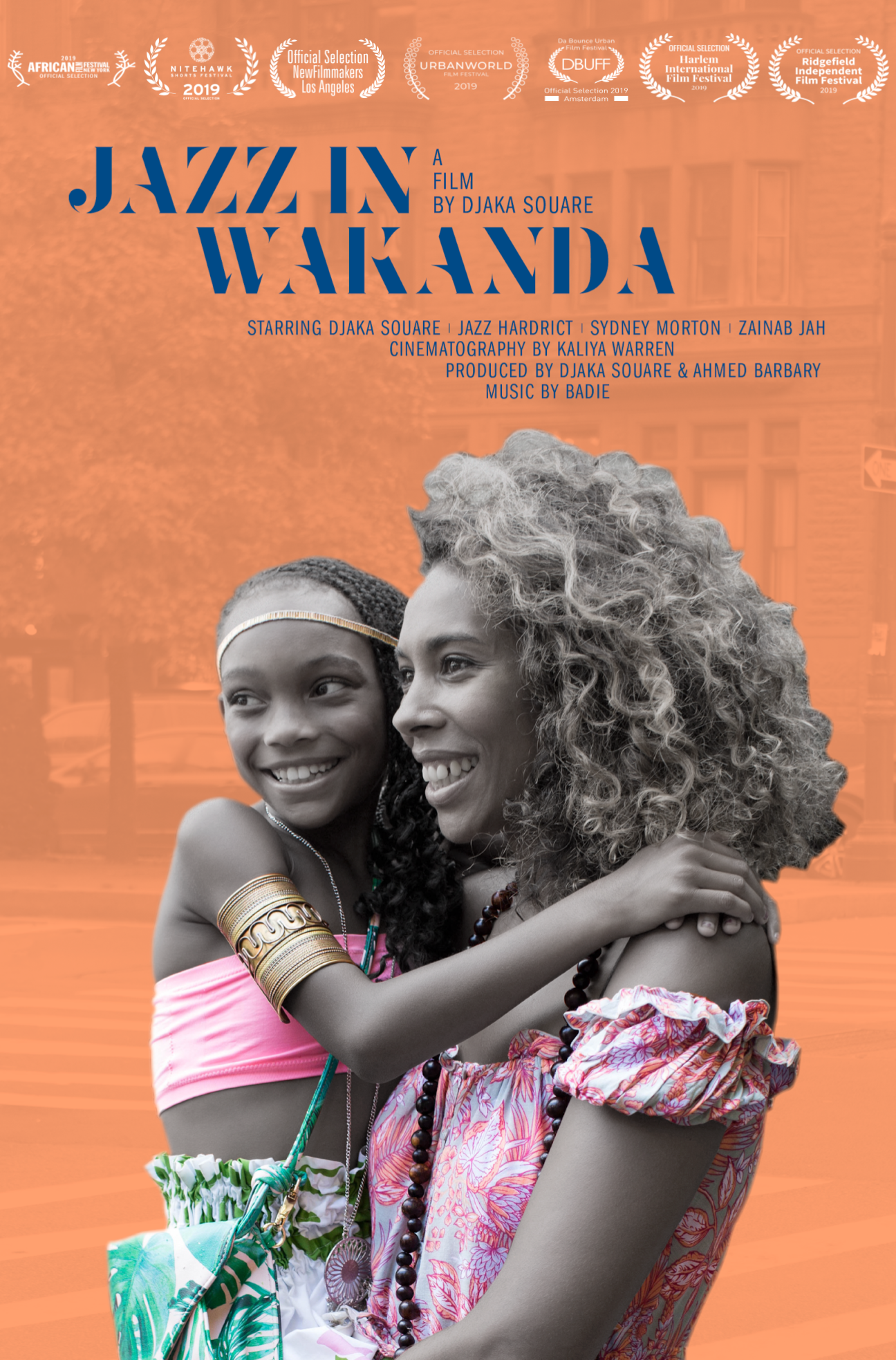