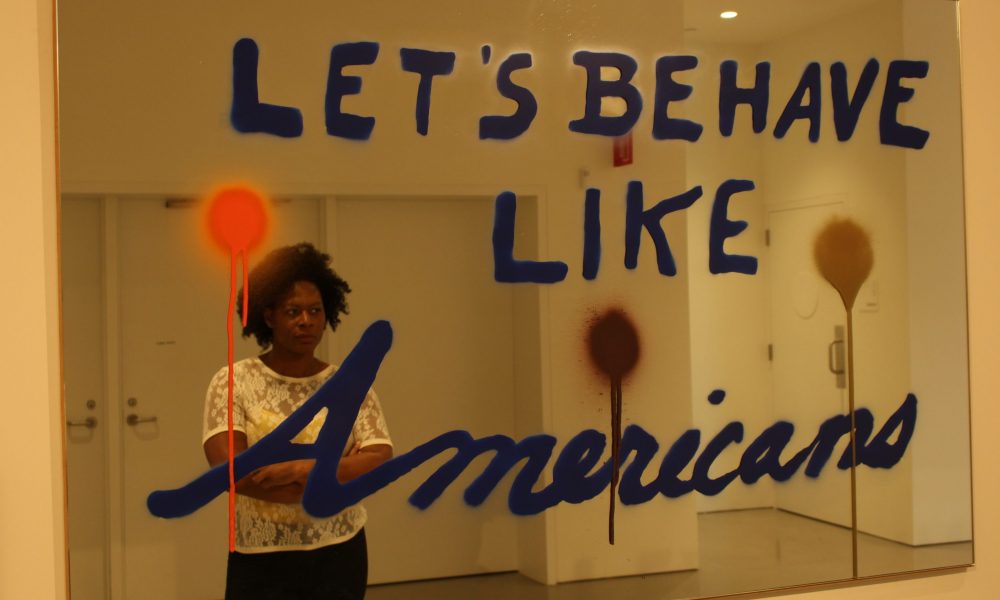 Today we’d like to introduce you to Dionne Neish.

So, before we jump into specific questions, why don’t you give us some details about you and your story.
I’ve always wanted to act since I was five years old. Television was my babysitter while my mum cleaned the house or cooked dinner. Television was my friend, my teacher and opened my imagination to the possibility of being able to achieve my biggest deepest dreams.

My parents were brought up in the West Indies and weren’t too impressed with my artistic endeavors. They wanted me to have a stable comfortable life and also they Could see Black women in the media was few and far between and they didn’t want their child having to go through the disappointments. Clearly, I didn’t have any of their fears in and pursued it anyway. I was lucky enough to attend a prestigious Drama school called Drama Center that unfortunately is no longer there, alumni Michael fassbender, Tom Hardy, Emilia Clarke among so many other great actors. I learnt my core skills from DC and graduated with honors. After years of working on and off stage doing fringe theatre and touring theatre, I decided I wanted to move to LA. It was actually a dream since I was a kid but always thought that’s what other people do.

After seeing an article in Backstage that was for a course for actors in La for six weeks where you get to meet and audition for CDs producers, agents, etc., I saved my hard-earned cash and came to see what Hollywood was really like. I fell in love with the weather (duh I’m British of course the sun was the first attraction) the landscape and the idea of being able to hike and have the beach all on my doorstep. I wanted a piece of the pie. It would eventually take me seven years to get my work visa. I moved to LA 11 years ago and haven’t regretted it. It has been a long road with lots of hills and valleys but I’ve been blessed to have chosen amazing Family and friends who only want me to succeed and build me up when I don’t have the strength to do it myself.

Has it been a smooth road?
No, it hasn’t been a smooth road but I never really thought it would be. I mean I arrived the year the market crashed and The Whole country was going through a recession it hit the film industry just as much and there weren’t many opportunities for a Black British woman. Even though the saying is “omg Americans love the brits” it was a difficult time. The town itself takes a lot to get used to, the cultural disparities, the segregated areas, compared to London where a lot of different cultures live on top of one another, because we don’t have the space, and the history of immigration, it took time to get used to being the only black person in a neighborhood sometimes or at an audition.

Having to cope with the different ways auditions worked also took time to get used to. As well as the restrictions on being on a work visa too. A lot of studios weren’t hiring actors on work visas. But I’ve always had my eye on the goal which was to be a great storyteller and live in a beautiful sunny place so my goals carried me through the hard times and my friends Who dried my eyes when needed and helped me when I couldn’t help myself. If I hadn’t found my tribe here I know, I would have left a long time ago.

We’d love to hear more about your work and what you are currently focused on. What else should we know?
At five years old, I never considered obviously acting as a business. We know it’s a big business and you can earn crazy amounts of money. My business is telling stories from the voices of the marginalized or informing the viewers of a personal journey that they themselves haven’t experienced.

I am so proud of being an actor and love that I have the opportunity to tell great stories and work with incredible people I’ve worked with Oscar winners Renee Zellweger In What/If (Netflix) and JK Simmons Counterpart (Starz) I have appeared on General hospital with the fabulous Finola Hughes a fellow Brit, that was a fun week and the cast and crew were so lovely. But the one job that is very dear to me was working and being directed by Pamela Adlon on Better Things (FX) not only was a massive fan of her work before auditioning for the part but a HUGE fan of Better Things first season (Hello female showrunner and leader who has been in this industry for years) so I was excited to go in and audition and when I received the news, I booked it I was elated.

When I arrived on set, I happened to be at the crafty When Pamela arrived, she treated me like a rockstar and made me feel so welcome. She personally went around and introduced me to every single member of the crew and made me feel so relaxed we laughed and joked it was one of the best set days I’ve had. Wanna work with Pamela again fingers crossed the Gods make that happen. I’d like to think what sets me apart from others is we are all unique. Our history, families, and backgrounds make it so, but I’d also like to think my training helps quality of work and sets me apart from the rest.

Right now due to covid i don’t have any work right now I’m waiting for the industry to reopen. So I’ve been creating my own content, a formative show looking at how our local government and our actions shape the city we live in, looking at health care and infrastructure among other things. I’m also writing a female driven project with a friend. I love collaborating with my creative friends.

Is our city a good place to do what you do?
Lolol it’s why I moved to Hollywood it’s the Mecca of the Western industry, it still is. I feel I mean hello…. but there are lots of places now that are seen as the hot spot for work. It’s not a theatre town unfortunately and I do miss working on stage which is my first love.

I personally wouldn’t recommend Hollywood being your first spot to start out unless you already live here. I think wherever you are in the world Is the best place to start, go to your local community acting groups, do film and tv where you are building your experience and your resume. Find driven people to make content with. You don’t have to go to drama school to do or find people as passionate as you and keep creating. The age of all these different social media platforms has changed the game. You don’t have to be in LA or the states for that matter Covid has totally shown that. One can be discovered Anywhere.

LA doesn’t have to improve a thing when it comes to training actors finding passionate people to create with what it needs to do is be more inclusive to different people of color, sexuality, disabilities and more women running things. I wanna see more than the five white guy’s stories please. I’m very hopeful the tides are changing. It just needs to hurry the Hell up. 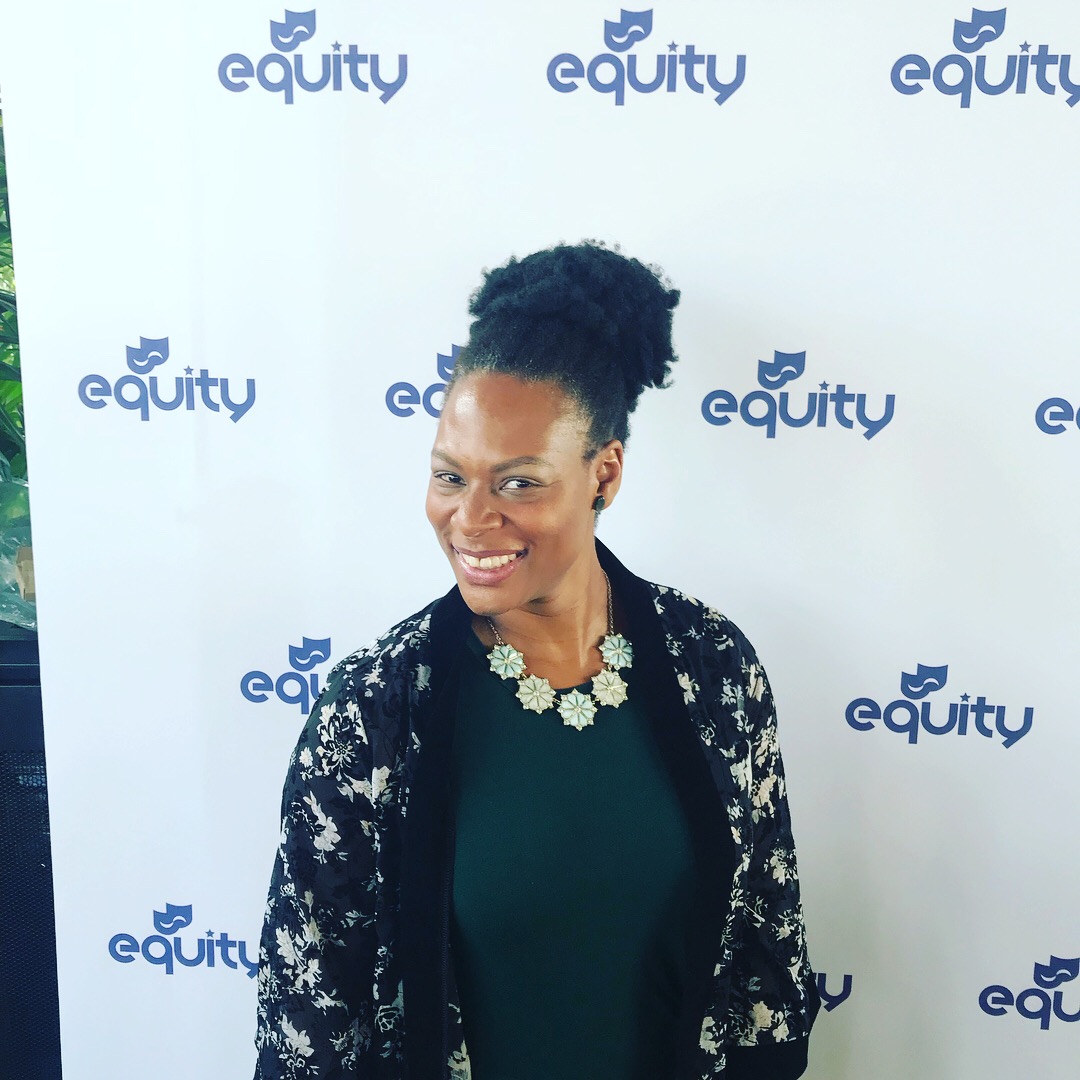 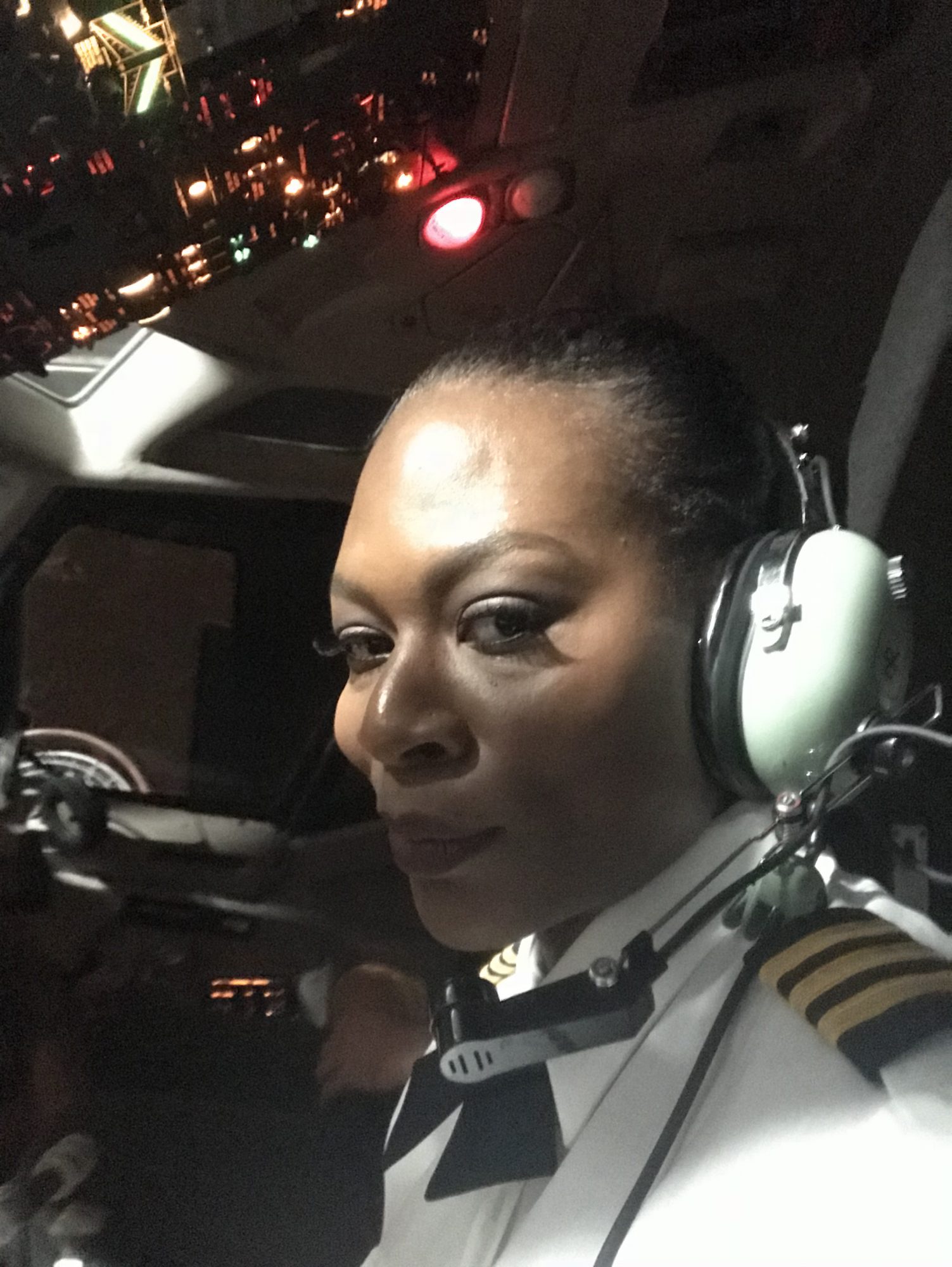 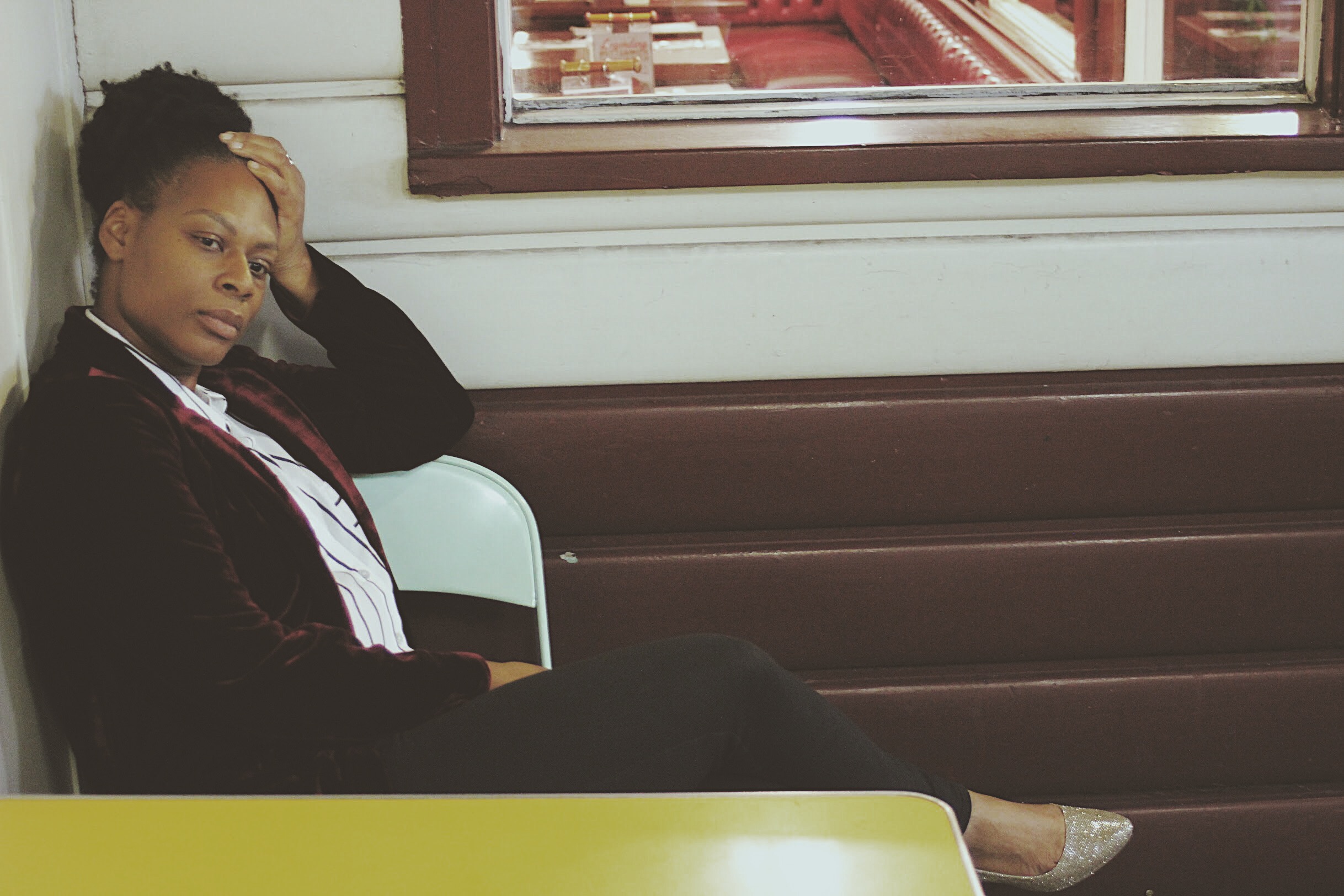 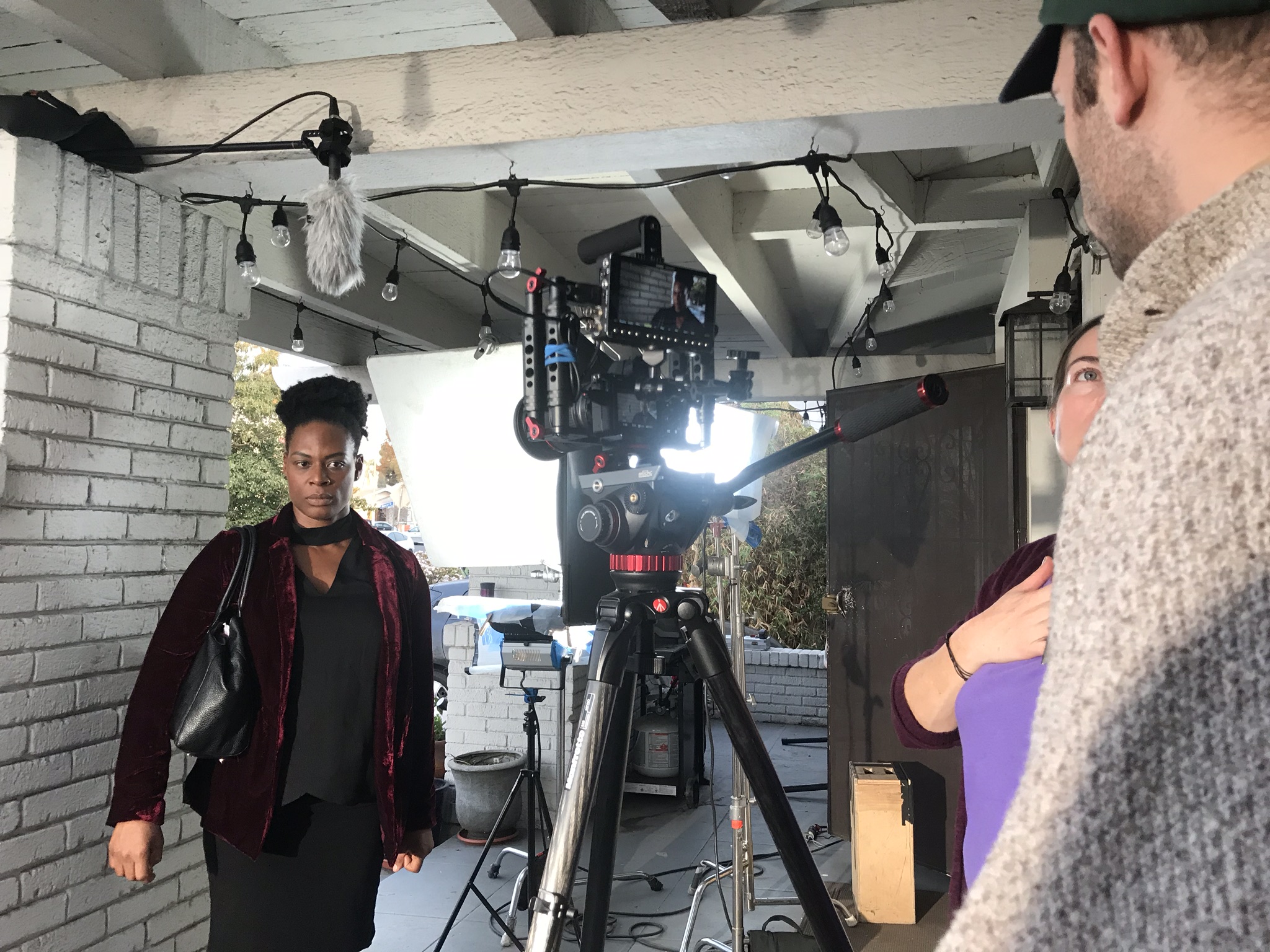 Image Credit:
Quincy Cho. Cat Del Re – Misfit Lens other pics were taken by myself