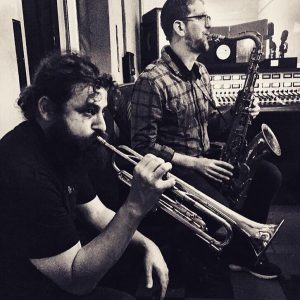 Today we’d like to introduce you to David Moyer and Danny Levin.

Thanks for sharing your story with us David and Danny. So, let’s start at the beginning and we can move on from there.
Danny and I met at UCLA, where we were both music majors. I was studying jazz performance and saxophone, and Danny was studying composition. We had the same music theory and music history courses and were a part of an incredible class of musicians that inspire us to this day.

We eventually became roommates and would frequently have jam sessions focused on free improvisation. Around this time along with our other college roommate, trumpeter Ian Souter, we started to play with a free improvisation collective called Create! which was co-founded by current Long Beach producer/composer/guitarist Chris Schlarb who runs Big EGO studios out of LBC. This really opened our eyes to the possibilities of collective and free improvisation without regard to genre.

After we both graduated from UCLA, we went our own directions professionally for a while, although we still played together and hung out. Things started to really coalesce into a working horn section when we began playing with UCLA friends Novena Carmel and Itai Shapira in a group called Babystone. Novena is the daughter of the legendary Sly Stone, hence the band name. She came up with our name, DD Horns (Danny and David on the horns!). Around this time, we both began working with LA indie rock band Rilo Kiley in the mid-2000s. Through them, we started doing recording session work with producer Mike Elizondo, who eventually would bring us on board to add horns to recordings with artists like Gary Clark Jr. and 21 Pilots. We continued to build our brand in the LA studio scene, working on records with Iggy Pop, Gwen Stefani, Snoop Dogg, Vampire Weekend, Regina Spektor, Natasha Bedingfield Chika, Paloma Faith, and Once And Future Band amongst others. We’re still active session musicians, and each operates our own home recording studios. Through our experiences as session players, we learned to really trust each other’s musical sensibilities in a lot of different musical contexts, and our sense of phrasing together began to really deepen.

Eventually, we decided that we’d like to try to form our own band to give an outlet for writing, recording, and releasing our own music. We wanted to create something reflective of both our love of jazz and improvisation as well as our experiences in the indie rock, hip hop, singer-songwriter and pop worlds. We recorded our self-titled debut album, DD Horns, in 2017. That record, which featured originals and jazz quintet versions of tunes by The Arcade Fire, Vampire Weekend, and The Magnetic Fields eventually won accolades for Best New Jazz on Bandcamp, some really positive reviews. The album has been played on a number of radio programs from Gilles Peterson’s Worldwide FM LA to Portland, Oregon’s jazz station KMHD where our cover of Vampire Weekends’ song Obvious Bicycle was included on their year-end Best Of Spotify playlist.

In town prior to the Covid pandemic, we played regularly at The York in Highland Park and Grand Central Market’s jazz series and have played at The Blue Whale, The Eagle Rock Music Festival and a bunch of other local venues and outdoor spaces. Now that we’ve been in lockdown, we have focused on remote recording sessions and are building a sample library for producers to use in their own beats and music. We’re also making plans to record our second record and are really looking forward to getting back out there and playing our music for the LA community and beyond once the pandemic is behind us.

Has it been a smooth road?
We are both fortunate to be able to do what we love for a living and play music with our friends. While there have been challenges along the way, mostly to do with navigating the vagaries of the music business, we now find ourselves in a pretty great place. We have carved out a niche for ourselves as a first call studio horn section and we’ve been ahead of the curve with remote recording for years.

So, as you know, we’re impressed with DD Horns – tell our readers more, for example what you’re most proud of and what sets you apart from others.
We are a horn section and we have two main areas of specialization. The first is multi-track recording. We both have backgrounds in arranging and some production and songwriting experience, so we are able to bring all of those perspectives into any recording session we do in addition to our skills as instrumentalists. Danny plays brass instruments and I play woodwinds. Between the two of us, we can add trumpet, cornet, flugelhorn, frumpet, alto horn, trombone, bass trumpet, flugabone, trombonium, euphonium, soprano sax, alto sax, tenor sax, bari sax, flute, clarinet, recorder and bass clarinet to any song you may have.

We both have recording studios with quality high-end gear that we’ve been using for years, and we can turn around big recording projects very quickly. Because there are only two of us, and we play so many different instruments, we are able to offer a very high-quality product with a lot of flexibility in pricing. Most horn sections require you to hire at least three people, who each play one instrument and then pay an additional fee for them (or someone else) to arrange the music ahead of time. We can work the parts out with you on the fly the first time we hear the song, and within 10 minutes of our first listen, be in the tracking room starting to record them. The artist doesn’t even need to have a specific idea of the horn parts they want – they can send us a song and we’ll send it back with great-sounding, stylistically appropriate horn parts, regardless of genre. Soon we will begin releasing sample packs as well, which will introduce another option to get our sound on your track at a lower price point.

That said, I think we are best known for our sound. Danny mostly plays a vintage large bore Martin Committee trumpet (same kind played by Miles Davis, Chet Baker, Dizzy Gillespie) and I play vintage Selmer Mark VI saxophones (John Coltrane, Wayne Shorter, Stanley Turrentine), so anything we play in unison instantly has a classic, identifiable sound to it. Because we’ve been playing together so long, we’ve really developed a synergy in our phrasing and melodic approach.

DD Horns the band, really exists to showcase this sound. A lot of the melodies we play are in unison because there is a unique quality to both of us playing the same thing at the same time that exceeds the sum of its parts. While our efforts as composers, arrangers and improvisers are all crucial to the success of our project, I think our collective sound is the main attraction.

Let’s touch on your thoughts about our city – what do you like the most and least?
First off, we are both West Coasters and Californians. This is our home, and we are passionate about where we have been able to build our lives. As a native Angeleno, I deeply know and love the diversity of our city. Danny grew up in The Bay Area but has lived in LA for the past 22 years and is essentially a native Angeleno at this point. There is such a vibrant, creative energy here, and we as Angelenos tend to celebrate our differences through cuisines, music, art, etc. in such beautiful ways. As musicians, we love that our musical communities mix and blend genres effortlessly and in completely natural ways. This is a reflection of the diversity of our city in general and is a terrific paradigm for a brighter world in general.

Another aspect of LA that we love is that this is really the nexus of the global music business. People move here from all over the world with dreams of tapping into the music scenes here. We export a massive amount of music throughout the world, and we are fortunate to have been able to be a part of this. Naturally, with the amount of talent and creative projects in LA, there is a lot of opportunity for experimentation and cross-genre music-making. It is really inspiring and also great for our brand as session musicians.

As far as dislikes, we don’t like traffic but the whole work-from-home is a massive silver lining! Winnetka to LBC in 45 minutes on a weekday afternoon? We’ll take it! 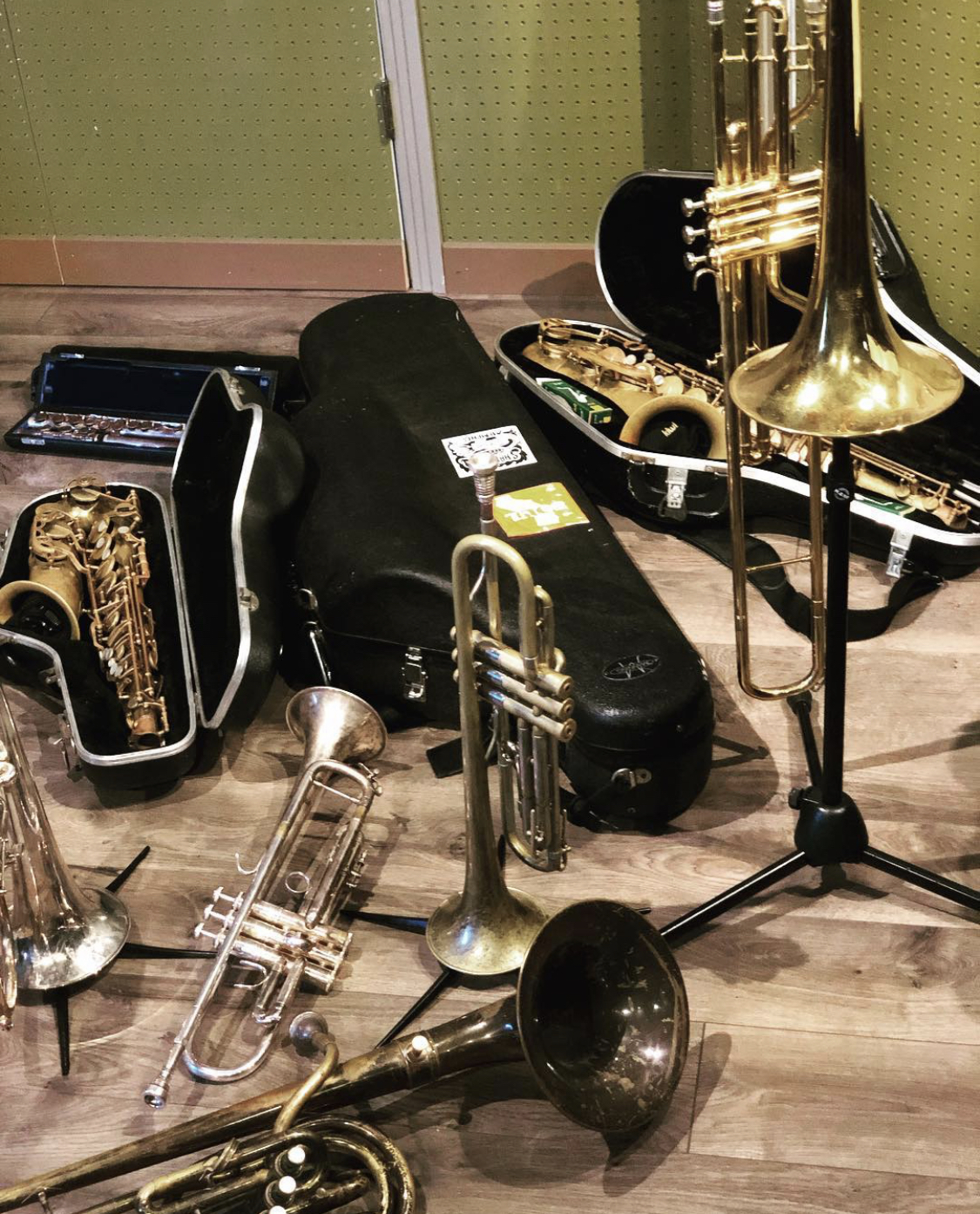 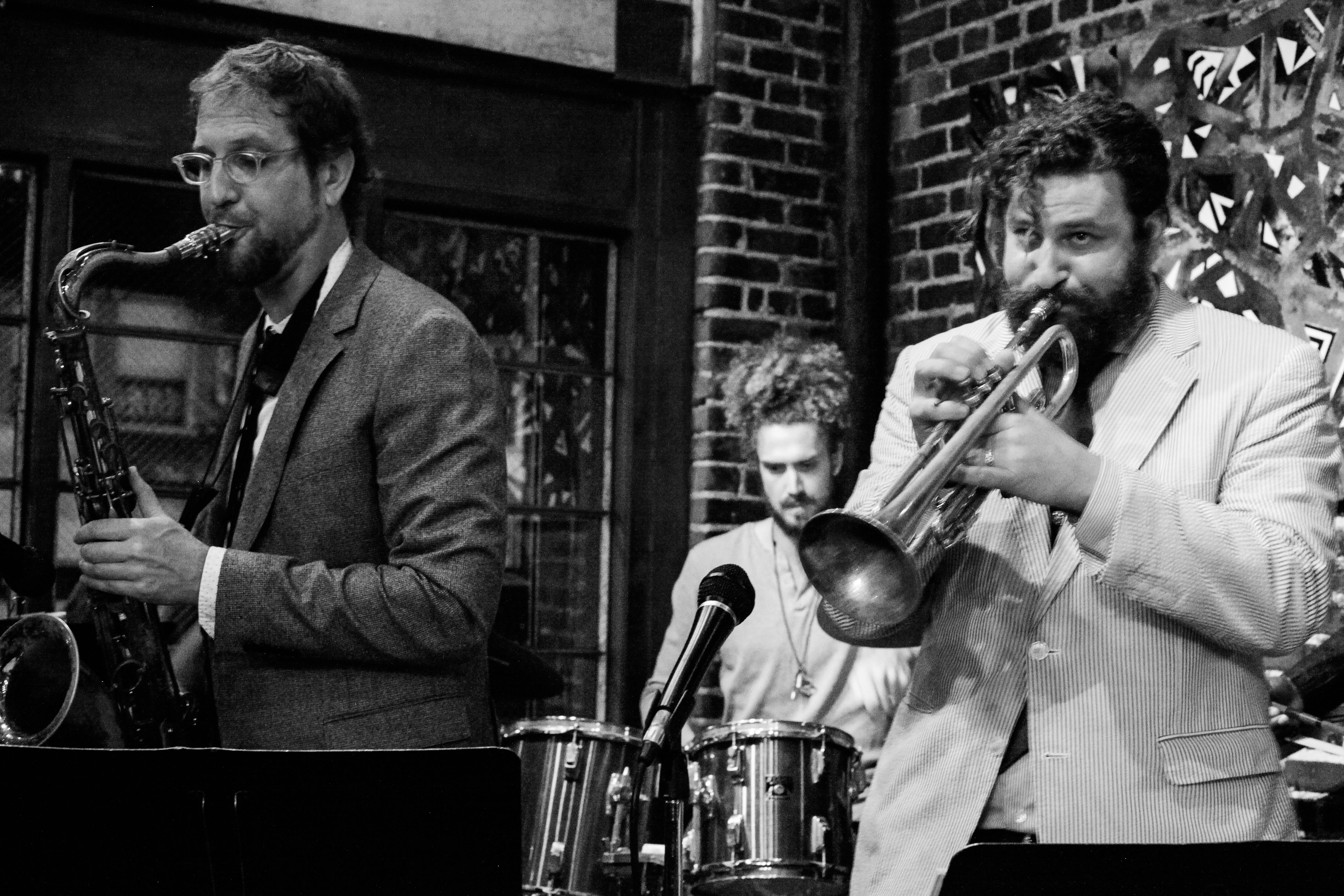 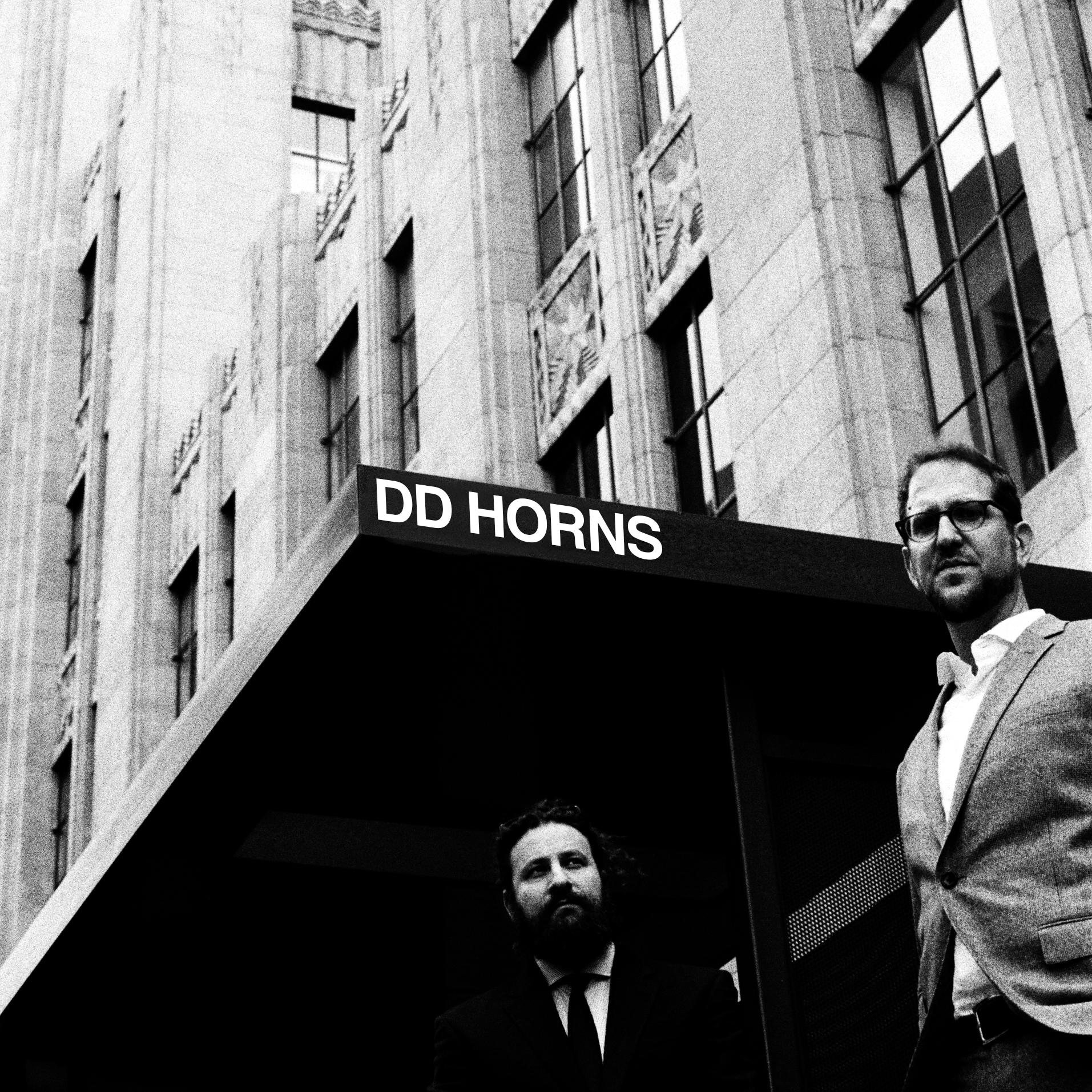 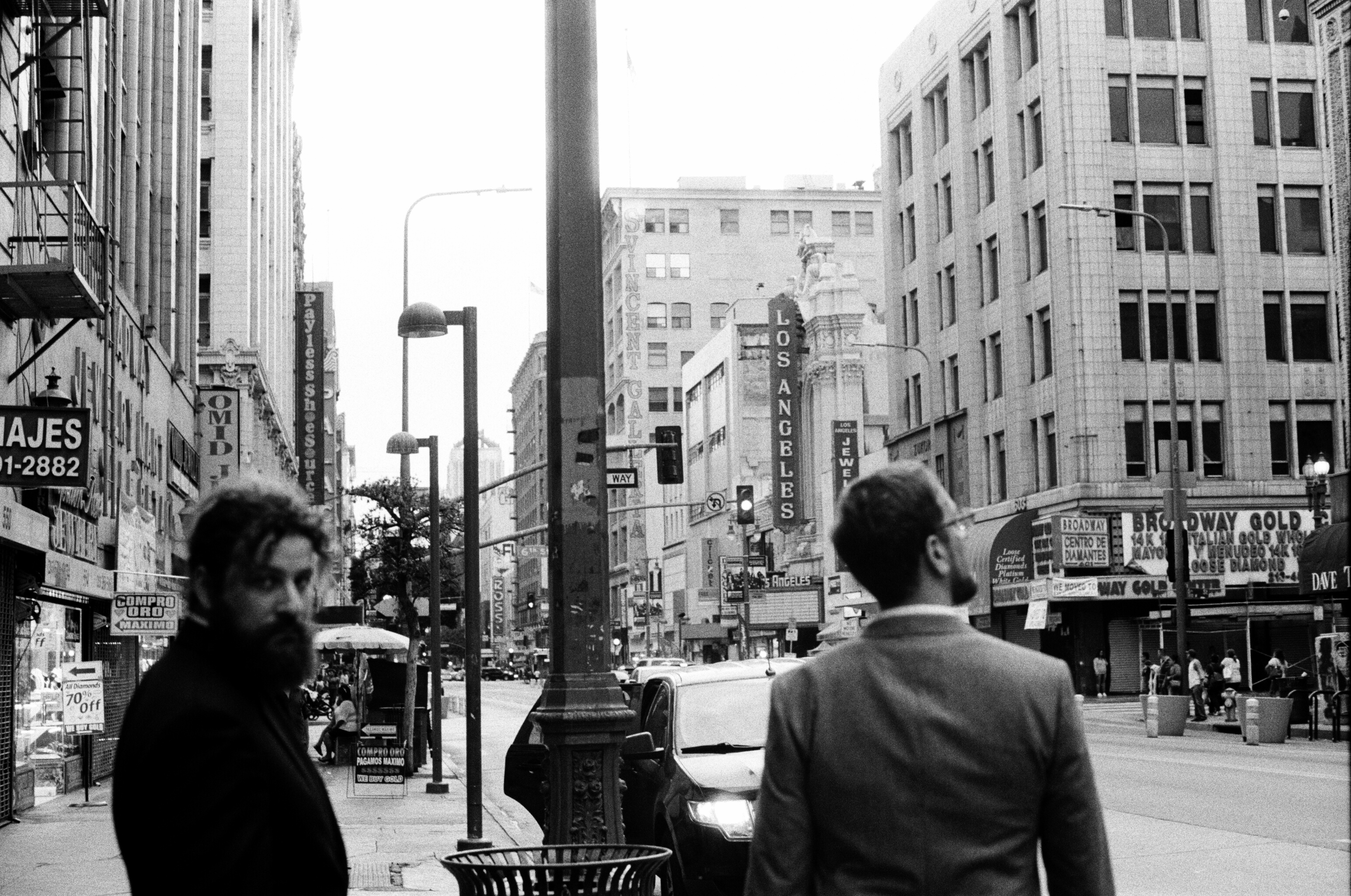 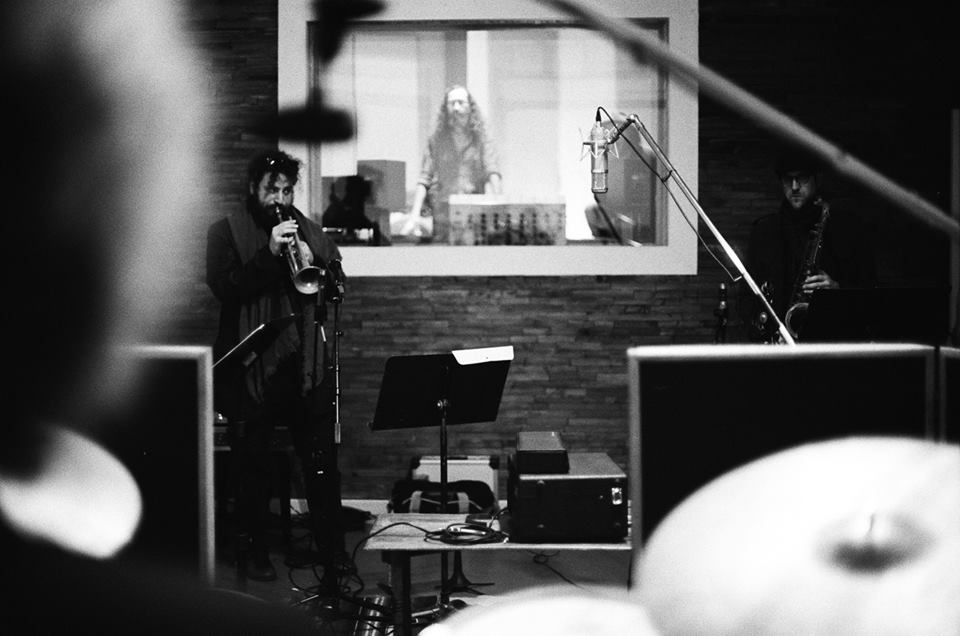 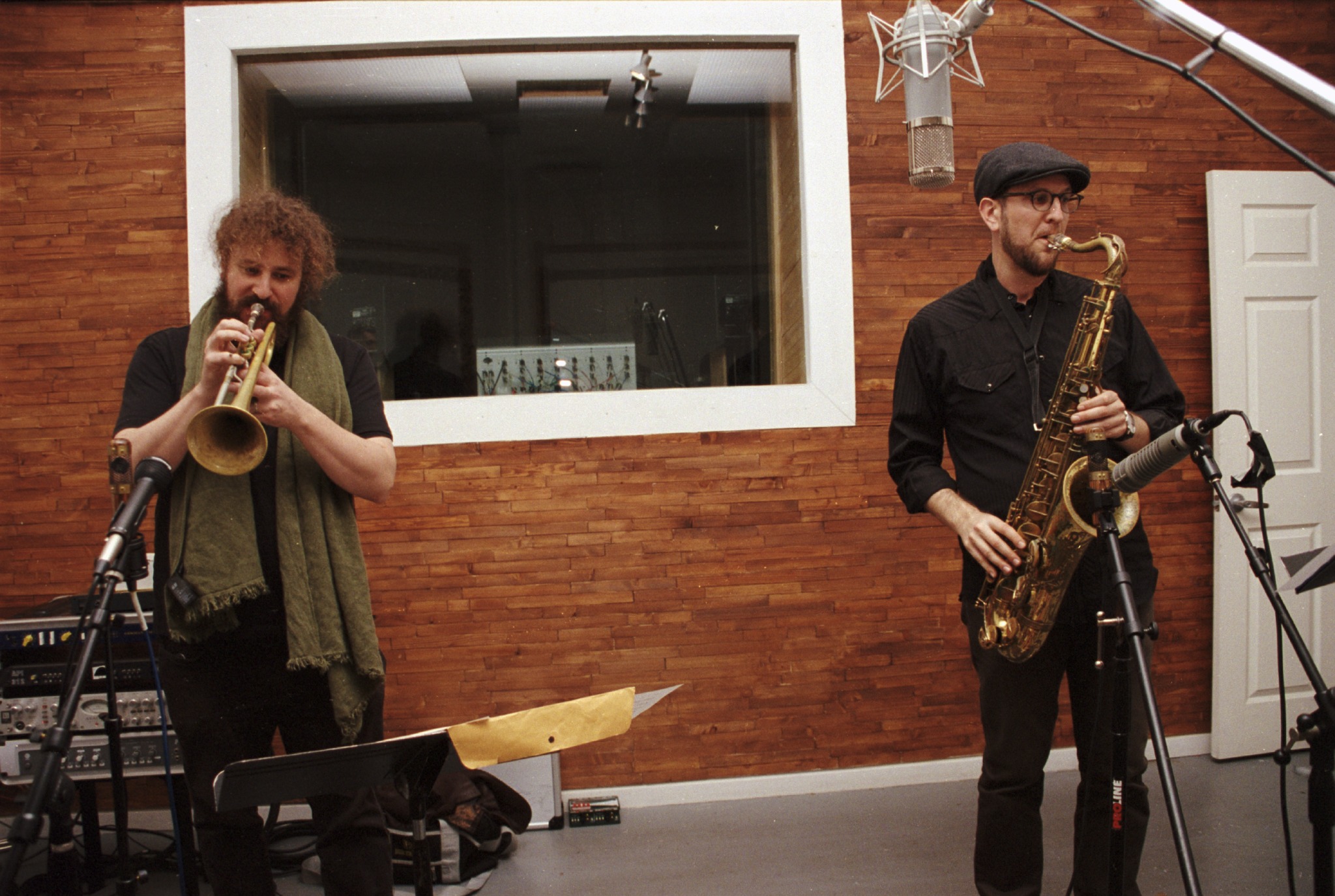