Meet David Barraclough of Design Plus USA in Englewood 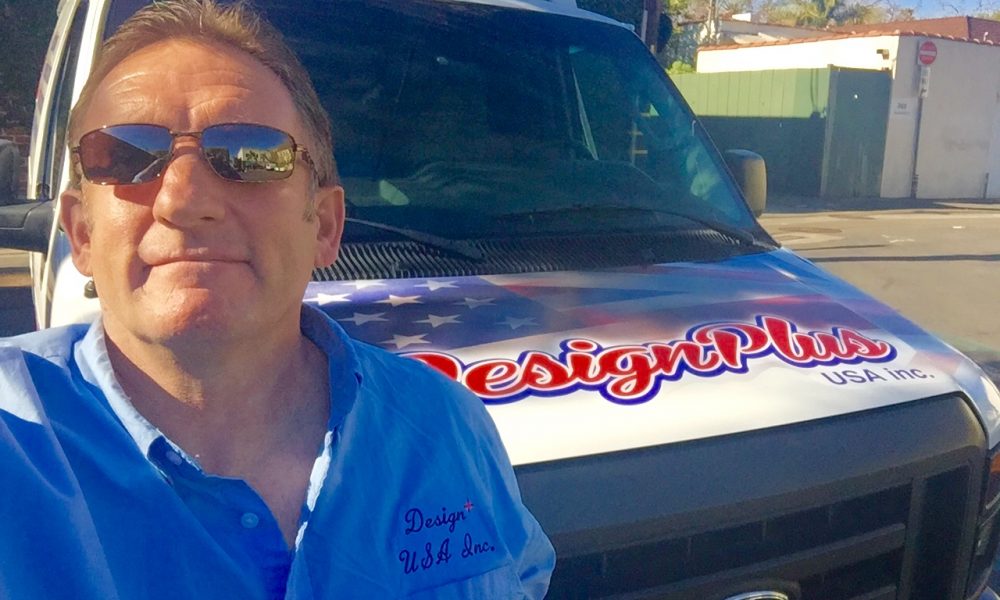 Today we’d like to introduce you to David Barraclough.

So, before we jump into specific questions about the business, why don’t you give us some details about you and your story.
It all started 28 years ago when traveling the world playing English rugby League around the world Australia, Spain, and been the first ever rugby league team to play in west Germany after the Berlin wall was knocked down also the only sports club to be sponsored by the Giant company McDonald’s .

As I was in Spain I went to a seminar on epoxy resin and new straight away the potential this could have and begun the start of Design Plus Spain and Design Plus Morocco followed by design Plus UK.

Mixing different colored pebbles to make patterns for driveways, sidewalks and around the swimming pools which is cool to walk on in the sun and by fixing the concrete from cracks etc. and then sealing the concrete the water goes through the pebbles and doesn’t soak into the concrete and goes down the drain where it’s supposed to go making it not slippery .

We also have just brought out a glass bead that has been rounded off so totally safe to walk on and in several color’s we put lights underneath which can be control by dimmer switch for your own brightness.

With the Technology moving fast what we call now stone bonding was born.

Been very lucky to of traveled around the world playing rugby I got a lot of inspiration for the street artists which gave me the idea of 3D floors and walls even thought this has been tried in a few placeless nobody has been able to perfect the 3D floors or walls outside because of the harmful sun’s U.V turning the resins yellow.

Until now, my manufacturer who has bent over backwards to do test after test and perfecting the product we call Liquid Glass today.

Overall, has it been relatively smooth? If not, what were some of the struggles along the way?
It’s never been a smooth road for nearly 30 years costing me my marriage and sleeping in my van to get the money to pay for products instead of rent, a lot of my inspiration came from the many street artists around the world scrapping by, to draw beautiful 3D pictures on the sidewalks just to get their next bit of money for their next meal and if any of them read this thank you for giving me that quality to keep on doing what you think is going to work and put the 110% into your dreams they can come true.

Please tell us about Design Plus USA.
I’m the founder of Design Plus USA, UK, ES & MA and we specialize in stone bonding and now 3D floors and walls inside or outside.

It also gives me the pleasure to bring the new glass beads with lights which is totally new idea from myself and you having the control of the brightness via dimmer switch.

If you had to go back in time and start over, would you have done anything differently?
Nothing; even though it’s been a hard road. Not been with my family in England, losing my wife, being homeless and sleeping in my van. These experiences, you can’t buy nor sit in a classroom and learn. You must go through it for yourself but wouldn’t want to do it again. As many times I’ve wanted to stop it all, get a normal job, get married, have children and grow old with a loving family around me. But being strong and even after a hard childhood of been beaten black and blue by my father and older brother as well broken bones, it puts a smile on my face to see the children in hospitals or going to the dentist and having their favorite cartoon character come alive out of the wall and floors which makes their life a little easier. It has been worth every difficult moment.