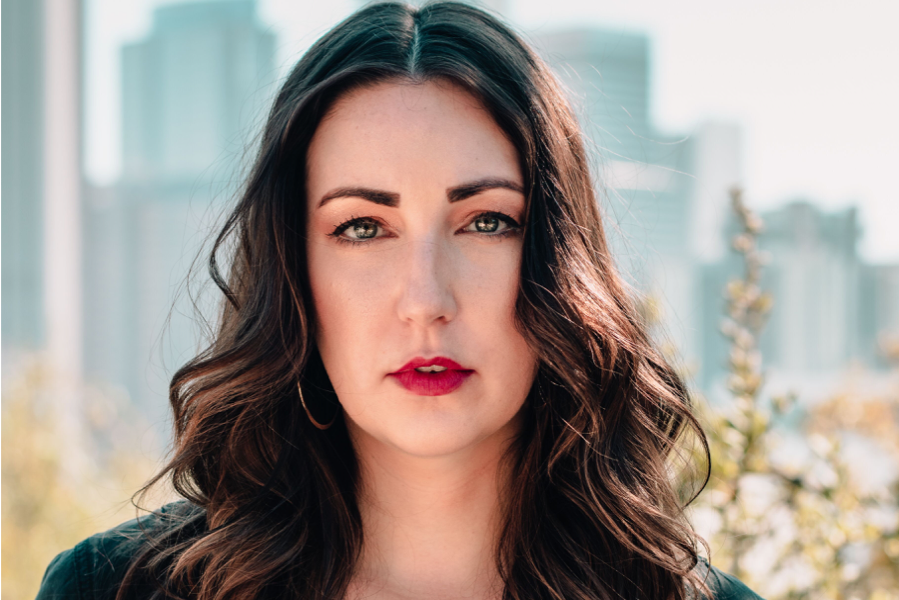 Today we’d like to introduce you to Danielle Swanson.

So, before we jump into specific questions, why don’t you give us some details about you and your story.
I’ve wanted to be an actor ever since I can remember. I never had a specific “Eureka!” moment where I realized this would be my life dream…it was more of a slow build; the culmination of life moments and experiences.

My parents divorced when I was really young, so I grew up between Aurora, IL and Oswego, IL, both located in the west suburbs of Chicago. For my mom, I think watching movies was not only something she really enjoyed but also an escape of sorts, so growing up, movies were a big part of my life (outdoor movie nights on the reg!) and where my desire to act materialized.

I performed in my first play (Wackadoo Zoo) in second grade, and I distinctly remember the director encouraging my classmates to sing and speak as confidently as I was during our rehearsals. Although I didn’t fully recognize it at the time being only seven years old, that was the first moment in my life where I discovered I had a knack for performing. So, as fate would have it, I continued to do theatre in middle school, high school and college.

After I graduated college, I spent the summer working as a lifeguard auditor (a.k.a. a lifeguard spy if you can believe that such a thing exists!) and traveled the country auditing pools and waterparks on their safety training and protocols. I was given some assignments in Cleveland, OH where my extended family lives, and soon I was staying with my aunt and uncle for a couple of nights. One morning, I came downstairs to have breakfast before heading out for the day, and while I was talking with my aunt and uncle, my Uncle Jeff (who recently passed) asked me when they could expect to see me on the big screen. I remember feeling slightly shocked because this was the first time in my life that an adult was asking about me pursuing my acting career in a serious capacity. Up until that moment, while acting had always been my dream, it felt like exactly that: just a dream. Now, it felt like the Universe was validating what I had always wanted and giving me permission to pursue it, almost as if nudging me and saying, “What are you waiting for?” My uncle asking me that question – while an insignificant and unmemorable moment for him, I’m sure – was such a profound moment in my life; it was the catalyst of me realizing a dream didn’t have to just be a dream, it could be a reality. And it was on me to make it happen. I’m so grateful to my Uncle Jeff (Rest In Peace) for unknowingly giving me that gift.

At the end of that summer, I got my first “big girl” job in corporate communications and moved to downtown Chicago. While my background is primarily theatre, film has always been the dream, and I knew that if I wanted to make it happen, I would have to move to LA at some point. I then spent the next four years pouring through Backstage magazine articles, attending workshops, taking classes and expanding my performance experience to not only theatre but film and improv as well.

Fast forward to today: I’ve been in LA for a little over three years now and my time here has been nothing like how I imagined it – in more good ways than bad!

– I’ve found a tribe of actors, friends and supporters at Robert D’Avanzo (RD) Studio who inspire and challenge me to work hard at my craft every single day.
– I formed a production company, 3D1S Productions, with three of my closest friends where we write, film and produce original content.
– I’ve expanded my capabilities as an artist beyond just acting and have gotten more into writing, directing (for both theatre and film) and creative producing.

One part of my journey that has caught me by surprise a little bit is directing. Since making my directorial debut in August of 2018, it has yielded more creative opportunities for me more quickly than acting. It makes me laugh that something I started for fun and more so out of curiosity has garnered more traction than my lifelong acting dream for which I’ve only been working toward my entire life! But in talking with one of my good friends, he reminded me that we’re all trying to get to the top of the building and if I happen to get up there by riding the window-washing platform while everyone else is waiting for the elevator, then good on me for getting to the top because, ultimately, that’s the end goal.

So, while obviously I’m bummed I haven’t won that Academy Award just yet, where my journey has taken me thus far has been far more rewarding than I ever could have imagined.

Overall, has it been relatively smooth? If not, what were some of the struggles along the way?
I think when most actors arrive in Los Angeles, they’re very optimistic and starry-eyed and expect to book a pilot or a major feature film within the first couple of months and to then see their career take off. Not to say that that can’t happen (miracles can absolutely happen, people!), but you learn quickly that it’s extremely competitive and that CDs won’t call you in just because you’re the new girl in town.

I think a lot of frustration that comes with pursuing acting is not having things happen as quickly as you’d like, not to mention the constant rejection you have to face day after day after day – it’s exhausting and can be mentally, emotionally and spiritually draining. This business requires a lot of hard work, determination and time because it’s all about building, maintaining and nurturing relationships within the industry while constantly working on your craft. I’ve finally reached a point where I’ve accepted that my dream is on its own timeline and that all I can do is show up every day, continue doing the work and trust that what’s meant for me won’t pass me by.

So, to answer your question: no, it has not been a smooth road by any means! Especially now in the middle of this COVID-19 pandemic which has put life as we knew it on hold. But the bumps and the setbacks have only made me that much stronger, wiser and hungrier. And for that, I am grateful.

Please tell us about 3D1S Productions.
When my co-producers (Anne Arreguin, Walter Kartman and Brian Larios) and I first formed the company, our original intent was just to make more content for ourselves as actors. We came up with some goals and an overall vision of what we wanted to accomplish, and then within the first year, things completely took off – people kept approaching us to work on so many different types of projects that our vision transformed into something beyond what we even originally intended. Our primary focus is writing, filming and producing short films, but we’ve also done a music video, comedic sketches, a fundraising video and we currently have a web series in development. It’s been really exciting, and the variety of projects has really stretched our abilities as filmmakers.

I think what makes me most proud of our company and what sets us apart from others is the quality of work we produce while still having fun. We’re all very dedicated actors, producers and storytellers and we hold ourselves to a very high caliber. Producing our own work has forced us to learn and understand the value of not only working with good people but people who are good at what they do. On our first couple of projects, we switched roles between the four of us so we could learn and gain different skill sets (i.e., directing, lighting, sound, script supervising, etc.) Through that experience, we’ve learned what we’re good at, what we enjoy doing, and in what areas we need additional help, and from there we’ve started to assemble a team of people that we can tap into and use for our projects when needed.

Overall, we’ve built a really impressive portfolio of work in the short amount of time we’ve been around and I know it’s only going to get better from here!

What do you do best? What sets you apart from competition?
I’ve also been told repeatedly that I have very good instincts. A part of that comes from having some pretty phenomenal teachers and mentors throughout my life who gave me a solid foundation of values and beliefs that I still adhere to today (special shoutout to Brian Fruits, Scott Irelan and Robert D’Avanzo). The other part comes from, as I mentioned earlier, the culmination of moments and experiences that when grouped together, become the breadcrumbs that led me to where I am and made me the artist I am today. 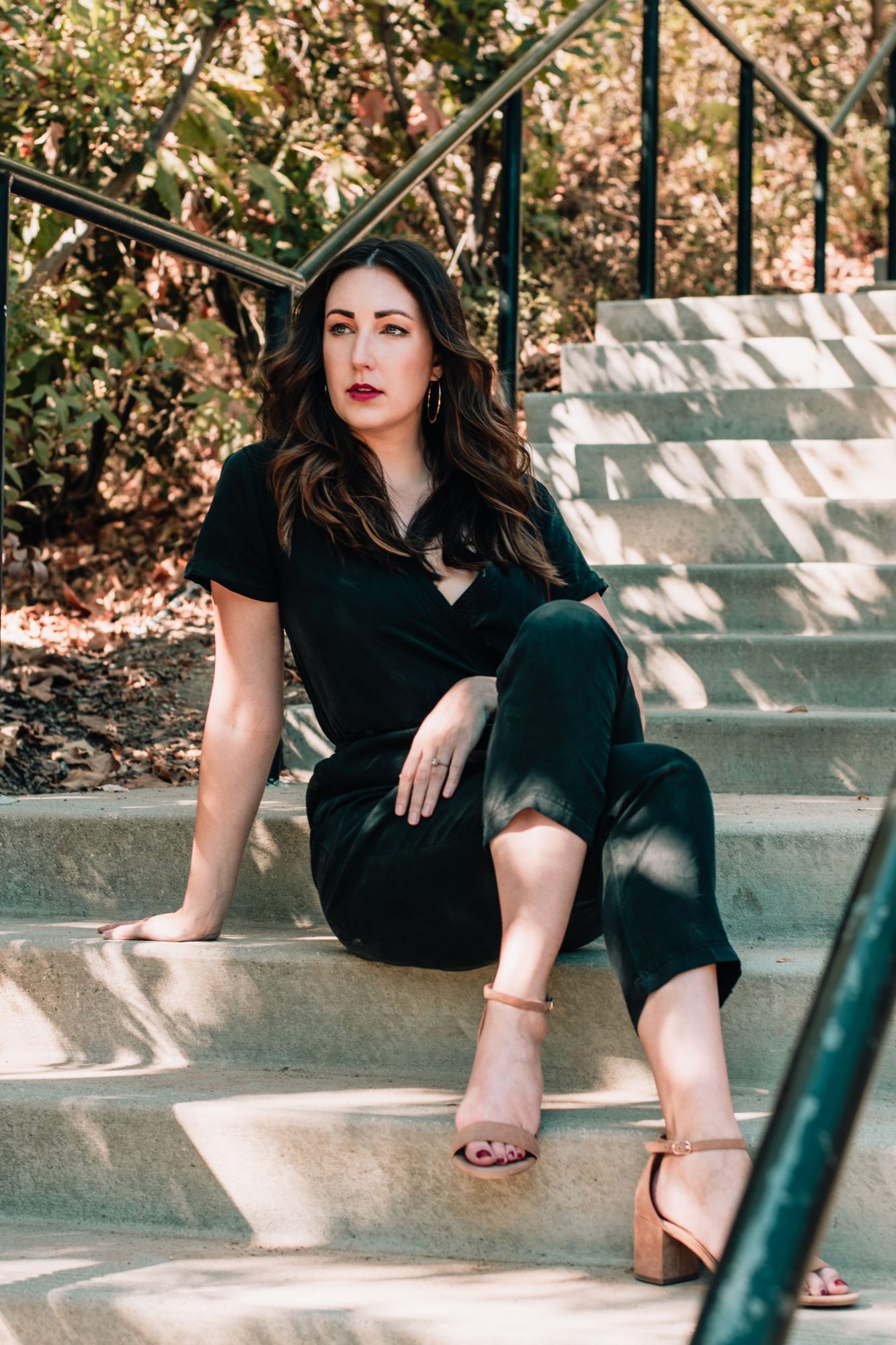 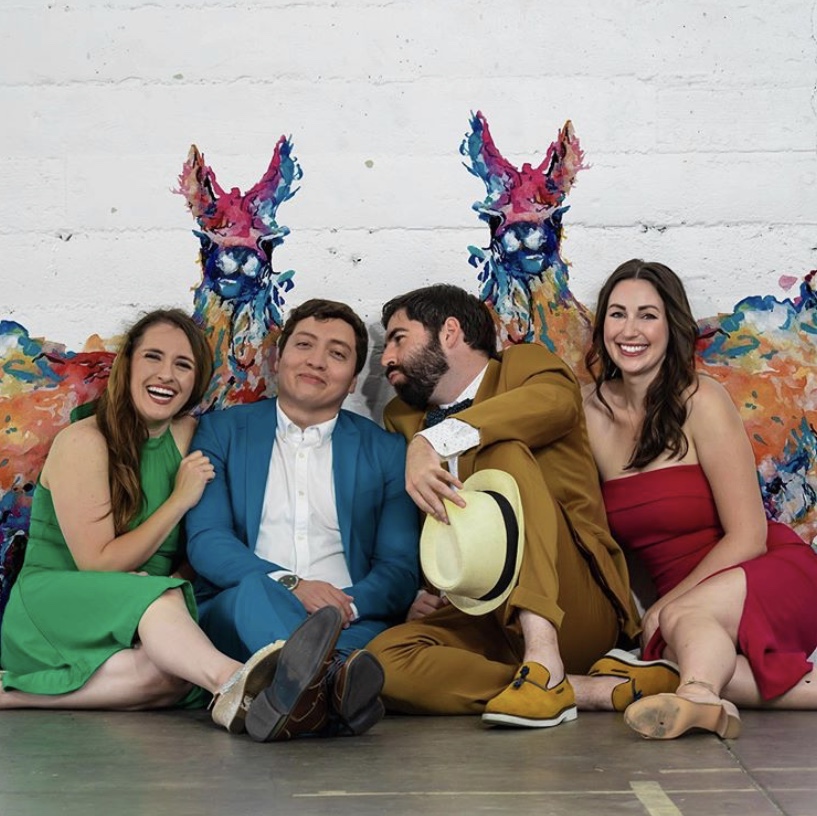 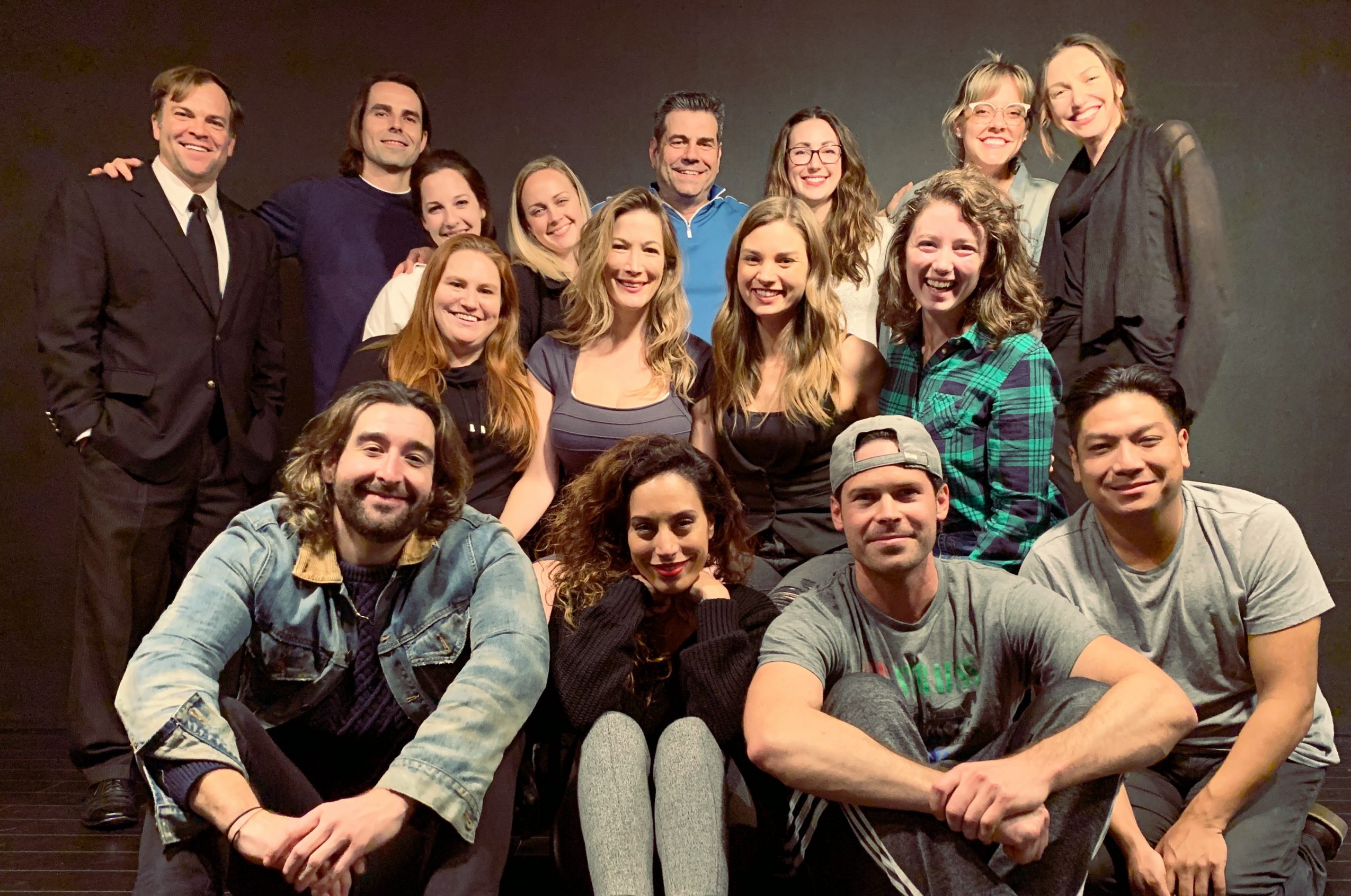 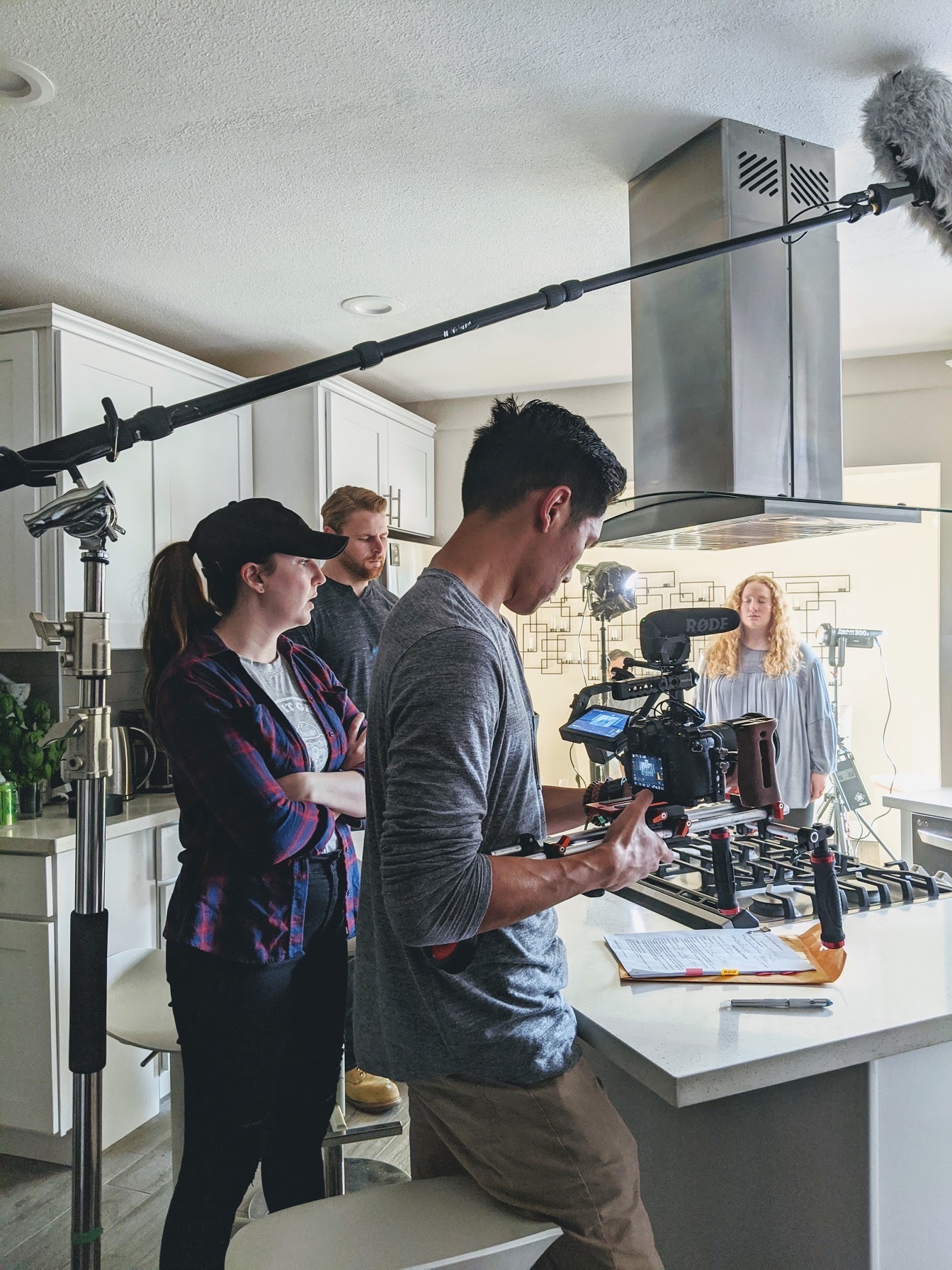 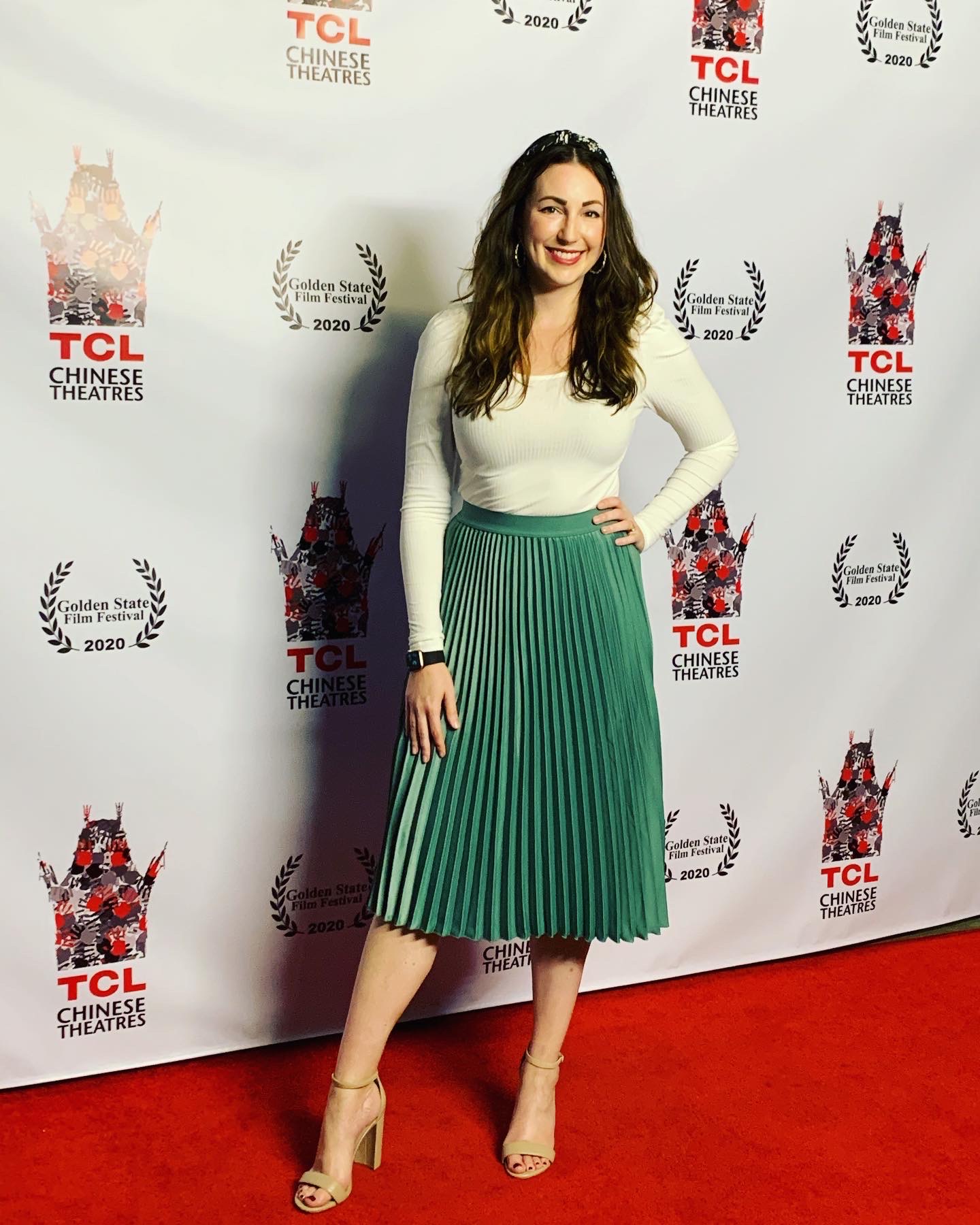 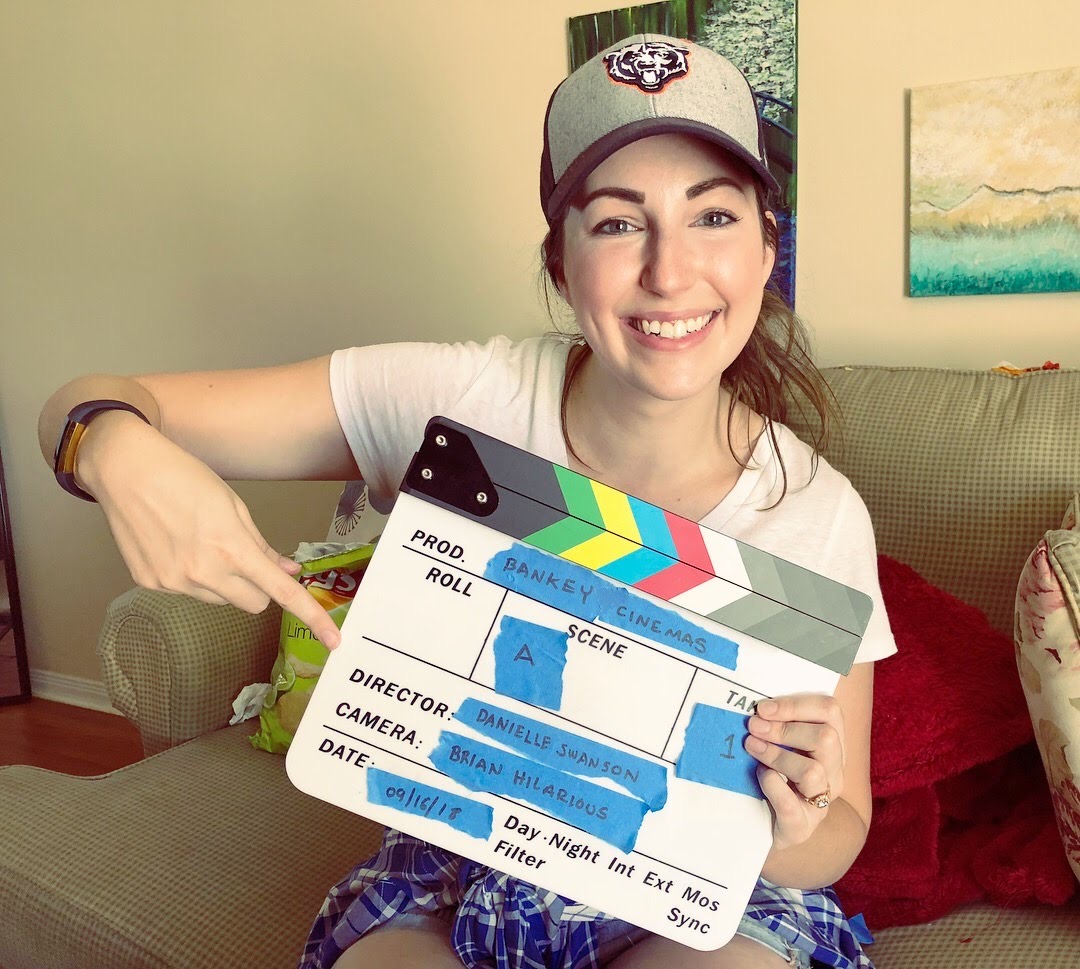 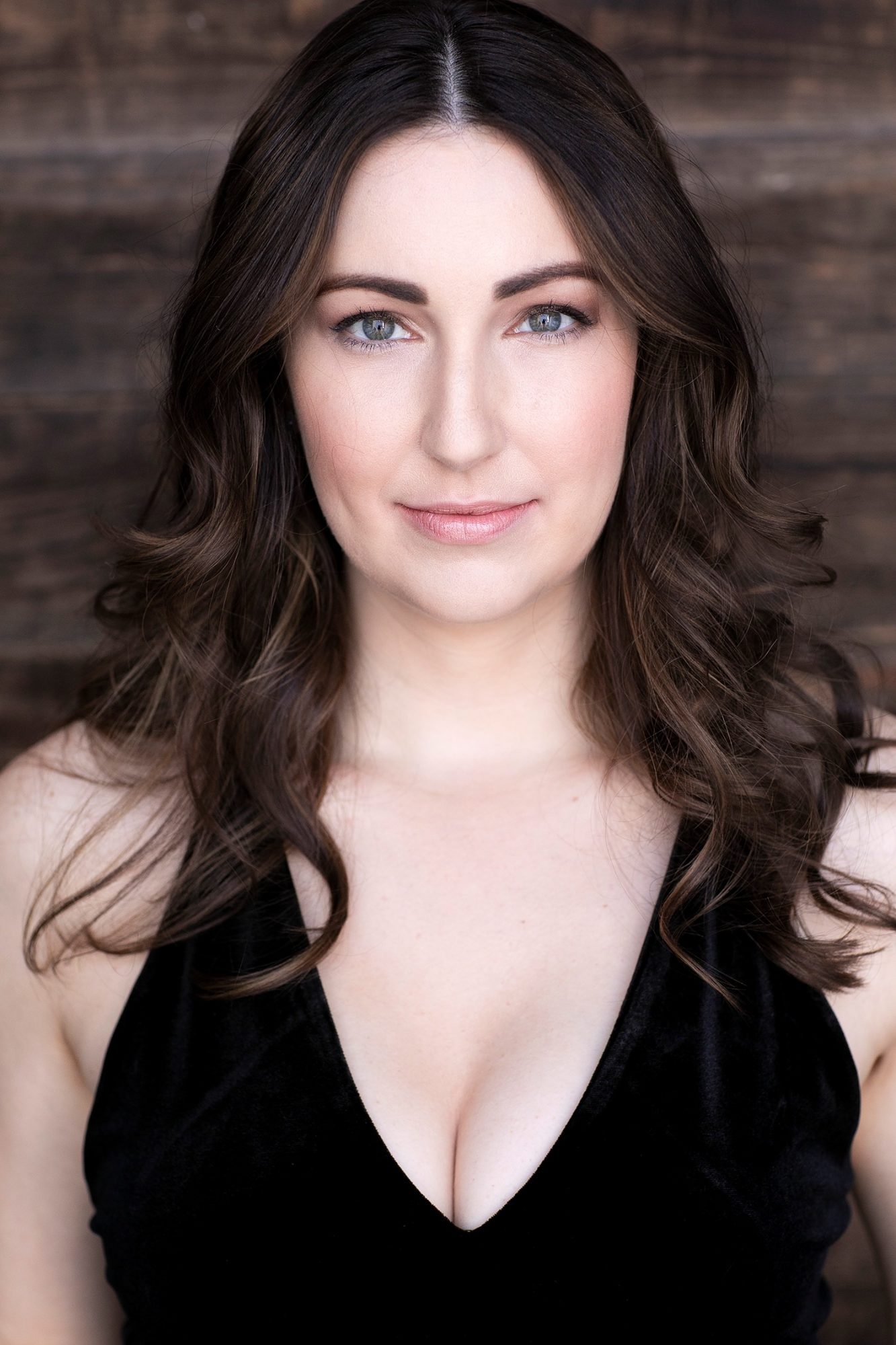 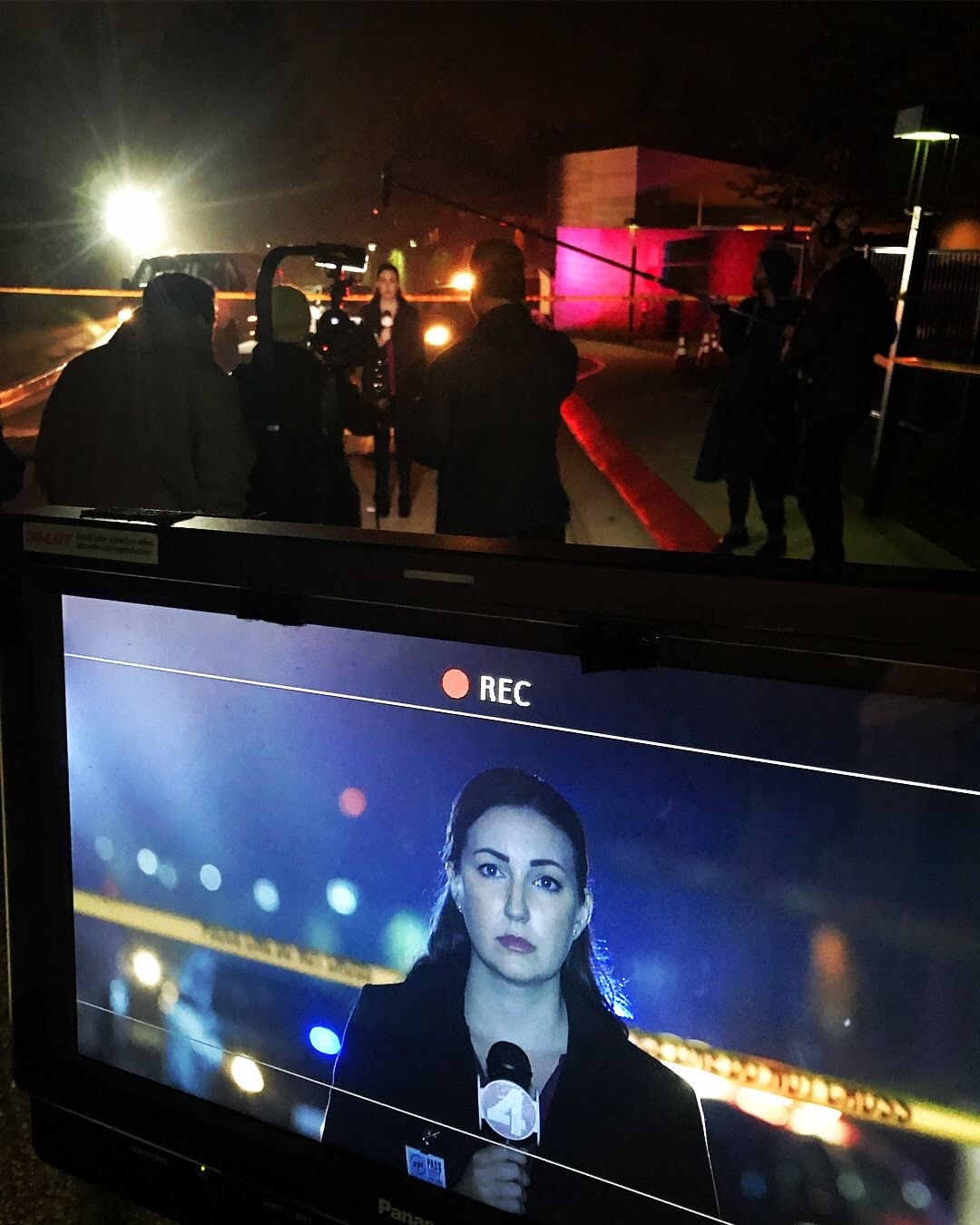 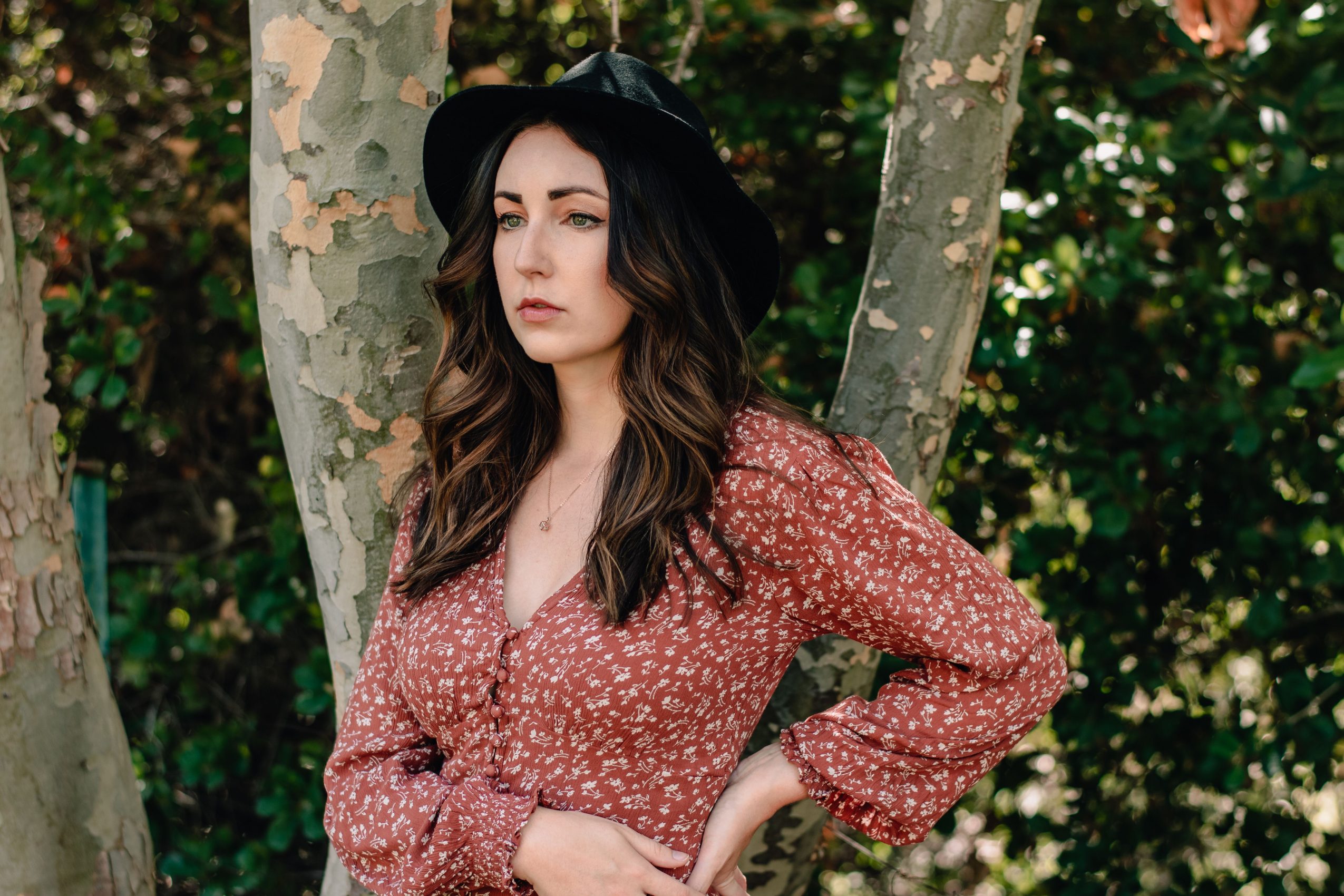