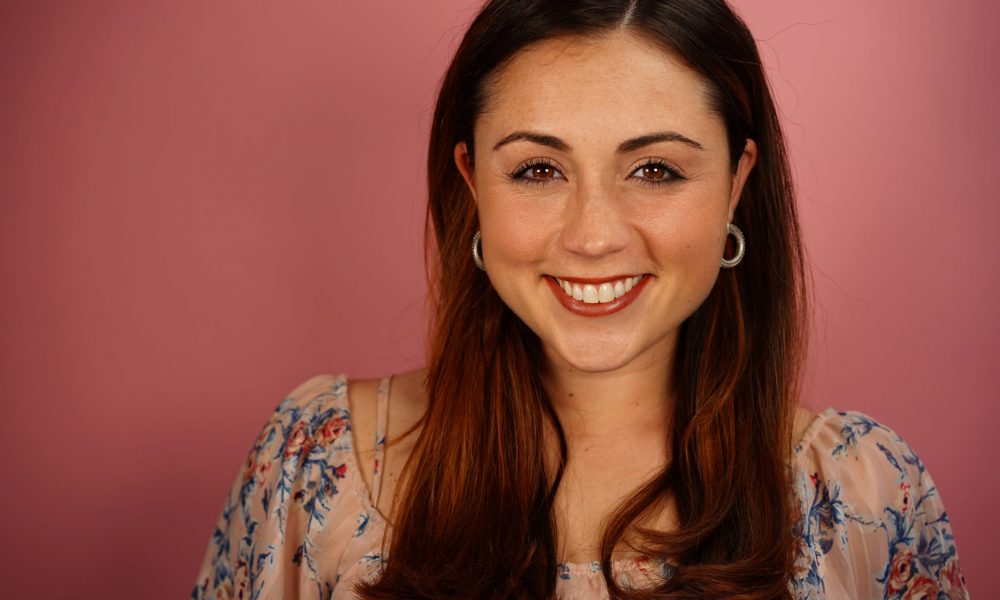 Today we’d like to introduce you to Danene Montella.

Danene, please share your story with us. How did you get to where you are today?
Rhode Island raised and Los Angeles based, I’m an actress and creator with a big passion for storytelling. In 2016, my friend Jamie Miller and I decided to become writing partners and gave birth to CLUB RAT$ – a dark comedy short film about a vigilante girl gang who goes club hopping to target predatory men and teach them a lesson they’ll never forget.

The Brock Turner case, and the remarkably brave letter written by the survivor of his attack, had been a massive source of inspiration for us. We wanted to tell a female empowered story that encouraged women to flip the script on rape culture and expose the manipulative tactics that abusers use to deny responsibility and blame-shame their innocent victims. Also, we wanted to focus on telling a survivor story rather than a victim story because the women who endure such heinous experiences are fierce beacons of strength that deserve to be depicted as such. The film is actually dedicated to survivors everywhere.

Once our script was complete, things started to happen and the right people began connecting with the story. We were fortunate enough to raise some money through a crowdfunding campaign. Pre-production began and, before we knew it, we were gearing up to make the movie.

In November 2017, we moved into the production phase – a special adventure I’ll remember forever. Right around this time, the sexual assault allegations made against Harvey Weinstein came out and, finally, the media outlets began to shout the stories and claims of the survivors. The influential momentum of the TIME’S UP and Me Too movements followed and the synchronicity between the political climate and this film has been a sign to our team that now is the time to share it. There’s a critical shift happening in awareness and accountability related to sexual violence right now and we hope to be a part of the conversation.

Overall, has it been relatively smooth? If not, what were some of the struggles along the way?
Every production comes with its own unique set of challenges but the most important thing is to surround yourself with a people who have positive mindsets and creative problem-solving skills. Whenever we hit a bump in the road, we always worked together to find a solution that fit our needs and I’m very grateful for that.

Alright – so let’s talk business. Tell us about CLUB RAT$ – what should we know?
CLUB RAT$ is an 11-minute dark comedy about a vigilante girl gang who goes club hopping to target predatory men and teach them a lesson they’ll never forget. Our intention is to flip the script on rape culture by encouraging women to band together in the face of sexual assault. While the tone is of the dark comedy genre, our film takes seriously unacceptable justifications that are often used for date rape and harnesses them as powerful tools, driving the girl gang’s crusade for justice.

My team and I feel that this entertaining story of revenge, power reversal, survival and justice is the Robin Hood-esque female empowerment story about putting an end to date rape that will permeate minds and connect with people on a deep level. The hope is to inspire a proactive conversation between all genders about the dark cloud of entitlement and misogyny that exists in abusive males in our society; this film is by no means an anti-men piece but very much an anti-abuser piece.

Being one of the creators of CLUB RAT$, as a writer, executive producer and actress, has been one of the greatest honors of my life for many reasons. Mostly, I’m proud of helping to give date rape survivors a voice and the unwavering passion demonstrated by each person on this team.

It also feels good to know that our team will be making a donation to RAINN – the nation’s largest anti-sexual assault organization – after the private benefit screening and fundraiser event this spring. Every donation makes a difference.

Any shoutouts? Who else deserves credit in this story – who has played a meaningful role?
I’d like to emphasize that our film wouldn’t exist without the thoughtful commitment and work of our cast and crew members. As the saying goes, “It takes a village,” and I’m thankful that our little village has been so positively aligned. Like the amazing attitude and teamwork mentality of my creative partner on this project, Jamie Miller. The multi-talented Tyler Ham Pong of Kill The Pig Productions who joined Jamie and I as executive producers and also edited the film. The powerhouse female director, Jeni Jones, who nailed the vision with cinematographer, Donald Brownlow. Our fellow cast members – Alex Lynn Ward, Lelia Symington, Jacob Chattman and Nathaniel Timmerman – who gave us gold in their preparation and performances. The caring musicians involved – Lucas Bákker, Know-Madik, Robbie Dupree and Van Ness Wu. Our kick-butt stunt coordinator, Christian Chan and every single other cast and crew member.

It’s been an inspiring privilege to work alongside these people and to experience the magic that sparks when a group is working with intentions of togetherness and a greater purpose in mind. These people have made it possible to bring our short film to life and share it with the world.