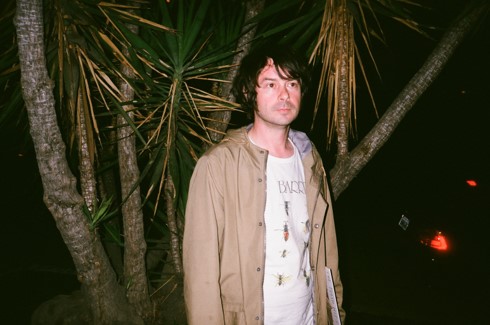 Today we’d like to introduce you to Damien Taylor.

So, before we jump into specific questions about the business, why don’t you give us some details about you and your story.
I’ve just released an album with my project The Flash Hits, titled “Recognitions.” Mike Hammel and I started it in Philadelphia in 2012 after I’d dissolved (the sounds of) kaleidoscope. I’d been doing (the sounds of) kaleidoscope since the ’90s and felt ready to work from more new angles, and Mike and I had been talking about new ideas and approaches.

We would record unfinished ideas to four track and exchange them on cassette, as we were working on compatible Fostex’s, and finish each other’s stuff. It was perfectly exciting, returning to what got us most excited about making music again. I was born to two sweet lovers in 1977. I am the oldest child of four; two sisters, one brother. I grew up in PG County, MD, and Washington, DC where I first started making art and music.

I’d been part of many projects there, including Macitajs On Acid, Kohoutek, Sequence Chair and Thee Snuff Project. I moved to Philadelphia in 2007, put a new lineup together for (the sounds of) kaleidoscope and started playing fuzz bass in Asteroid 4. Touring out here with them signaled the call, and when my brother Matty moved to LA, the idea of me living here gathered shape and appeal, as he and I have always been very close.

So I moved to LA in 2013 and began putting lineups together for The Flash Hits, as well as getting a screen-printing setup re-established here with Matty. In addition to printing our own stuff (he has the band Tennis System) we have also been able to help other people with shirts and tote bags and the like.

My favorites so far were working with Kurt Heasley on printing the butterflies for the Lilys “In the Presence of Nothing” deluxe reissues for Frontier Records, and with Jason Simon on a limited Dead Meadow 7″ for PIAPTK. I have a few print projects ahead that I’m very excited about.

I’m still an avid collage maker, I’ve painted some murals here, do some art direction. I still DJ when I can, as DJ Captain Marbles, I make playlists for bars and restaurants, and I bartend at the Atwater Village Tavern, where I’ve been since 2014.

We’re always bombarded by how great it is to pursue your passion, etc. – but we’ve spoken with enough people to know that it’s not always easy. Overall, would you say things have been easy for you?
I think when you decide to stick with making art or music you make a certain agreement with uncertainty. There were so many shifts and changes and losses and gains and sunshine and sadness and madness and moments of clarity that led to the completion of this album that I wonder if it could have even happened any other way.

With this album, we learned a lot more about working together through difficulties beyond our control. We got better at surrendering to what we couldn’t change and focusing on what we were able to do without being too stunned when we were hit by the phantom hand. I’d lost my house due to our landlord losing it in his divorce, which was where we were set to record on some gear Money Mark loaned me that had been used for some Beastie Boys recordings.

That was a hard hit to stomach after gaining good momentum out on the road with Dead Meadow. I went back to the east coast for a bit with my family because my father had a minor health scare. All turned out to be alright with him, so we made the album in Philadelphia at the old spot where we’d all rehearsed.

When I returned to LA, the place I had lined up fell through due to code issues, so I was staying in an abandoned home, staying in my friend Doug’s guest room in Culver City, staying at my brother’s, found some good outdoor spots, and just kept on keeping on. None of the labels who expressed interest in us followed through, so I just shifted focus and saved up to put it out on my own. All’s well that ends well!

So, what’s next? Any big plans?
I’ve just moved into a place and am getting settled in and acclimated. I’m preparing the new lineup for the Flash Hits, working some exciting screenprinting projects, looking forward to more collaborations, and hoping to get out on the road again real soon. 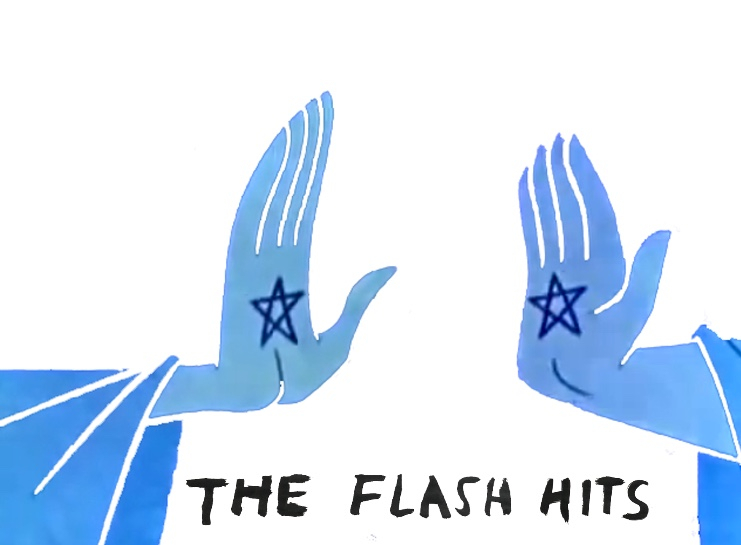 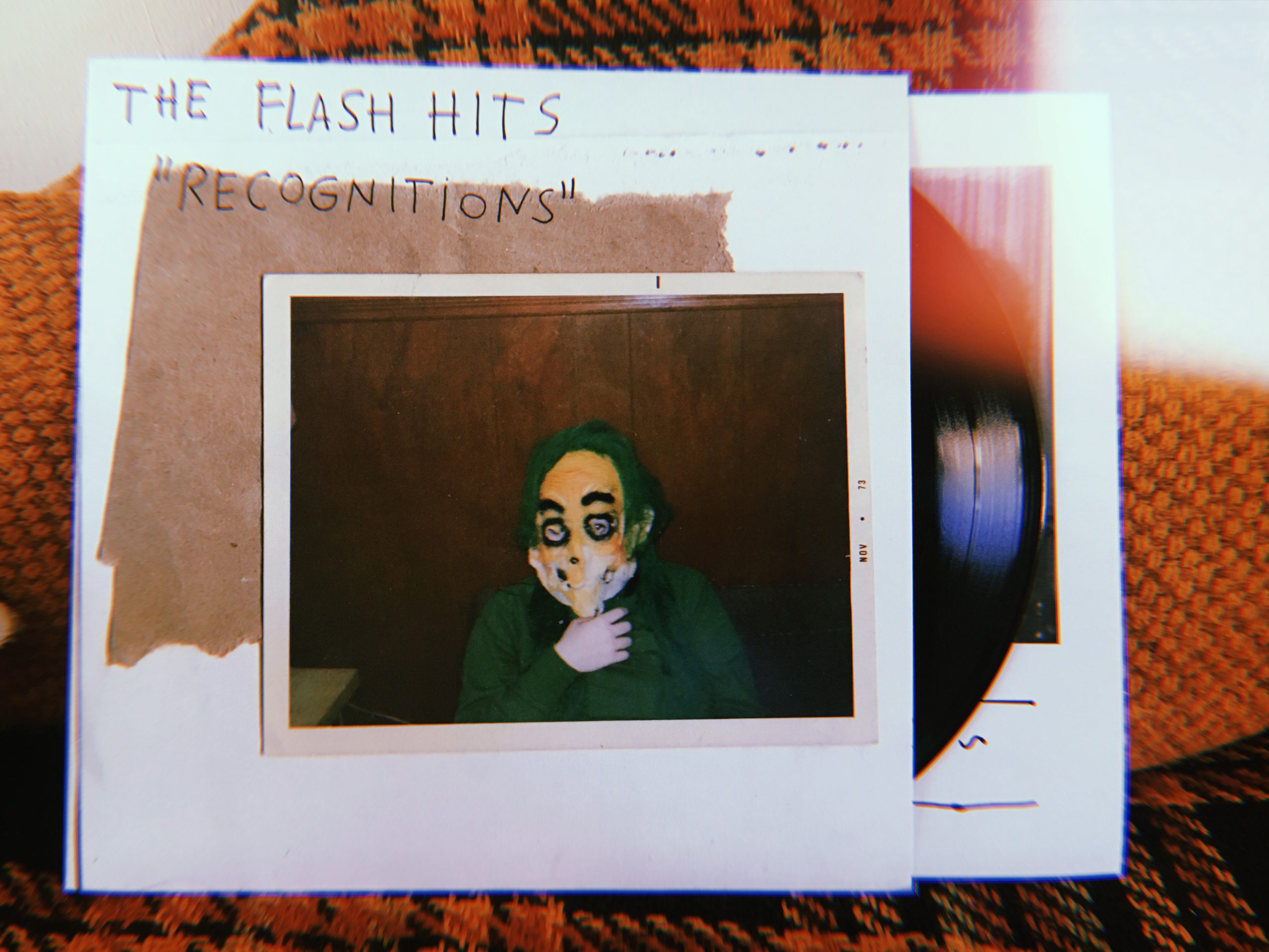 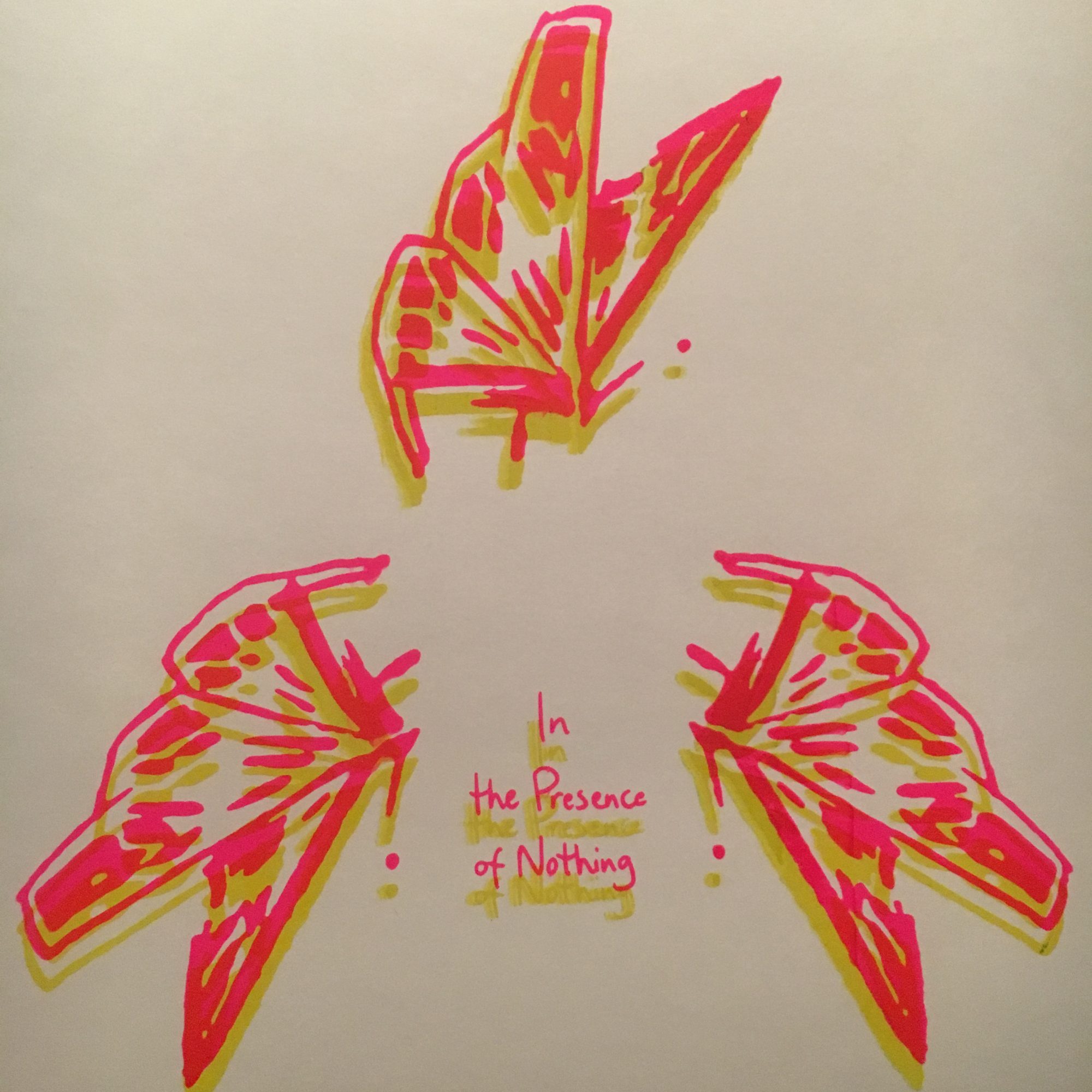 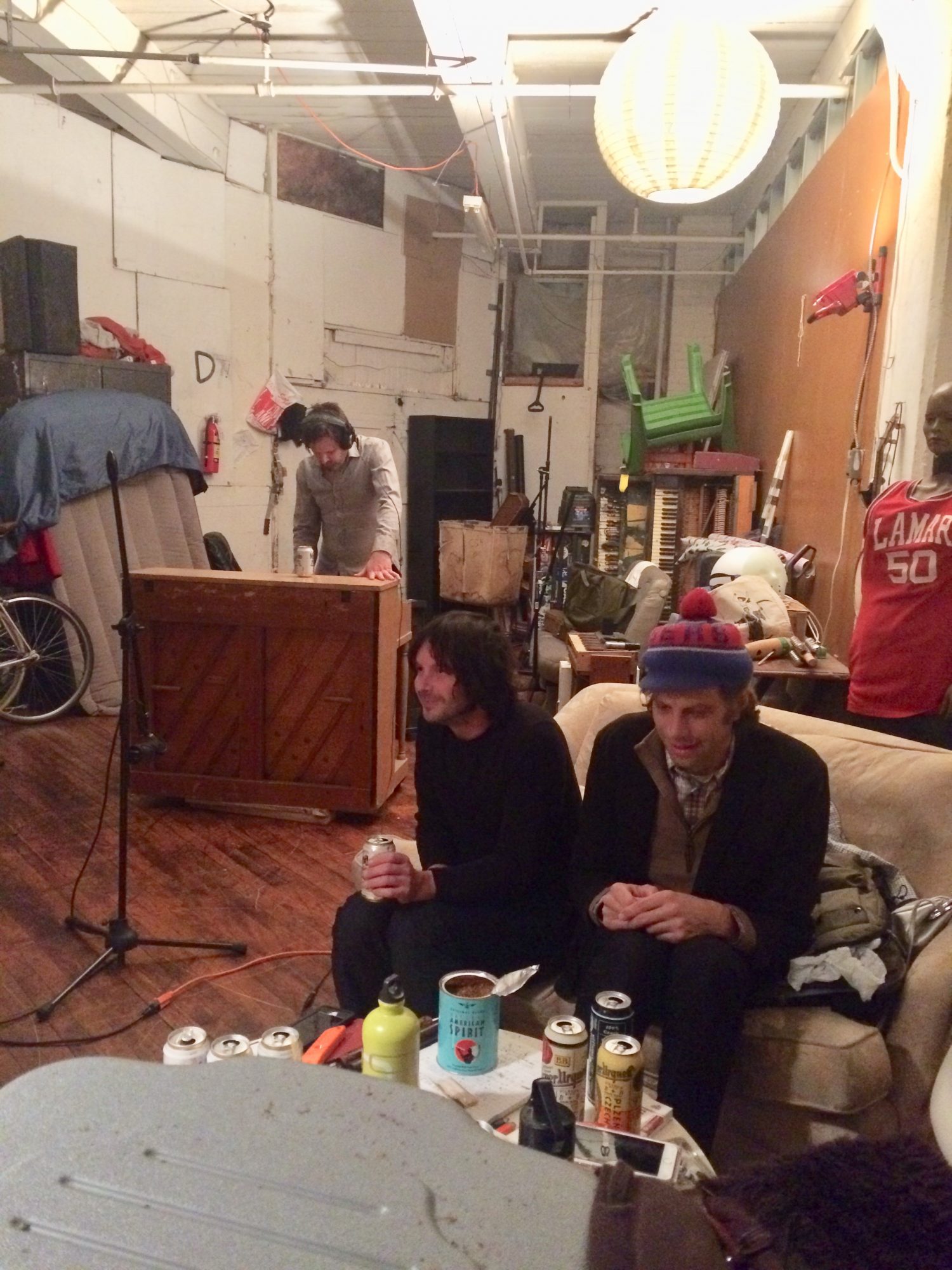 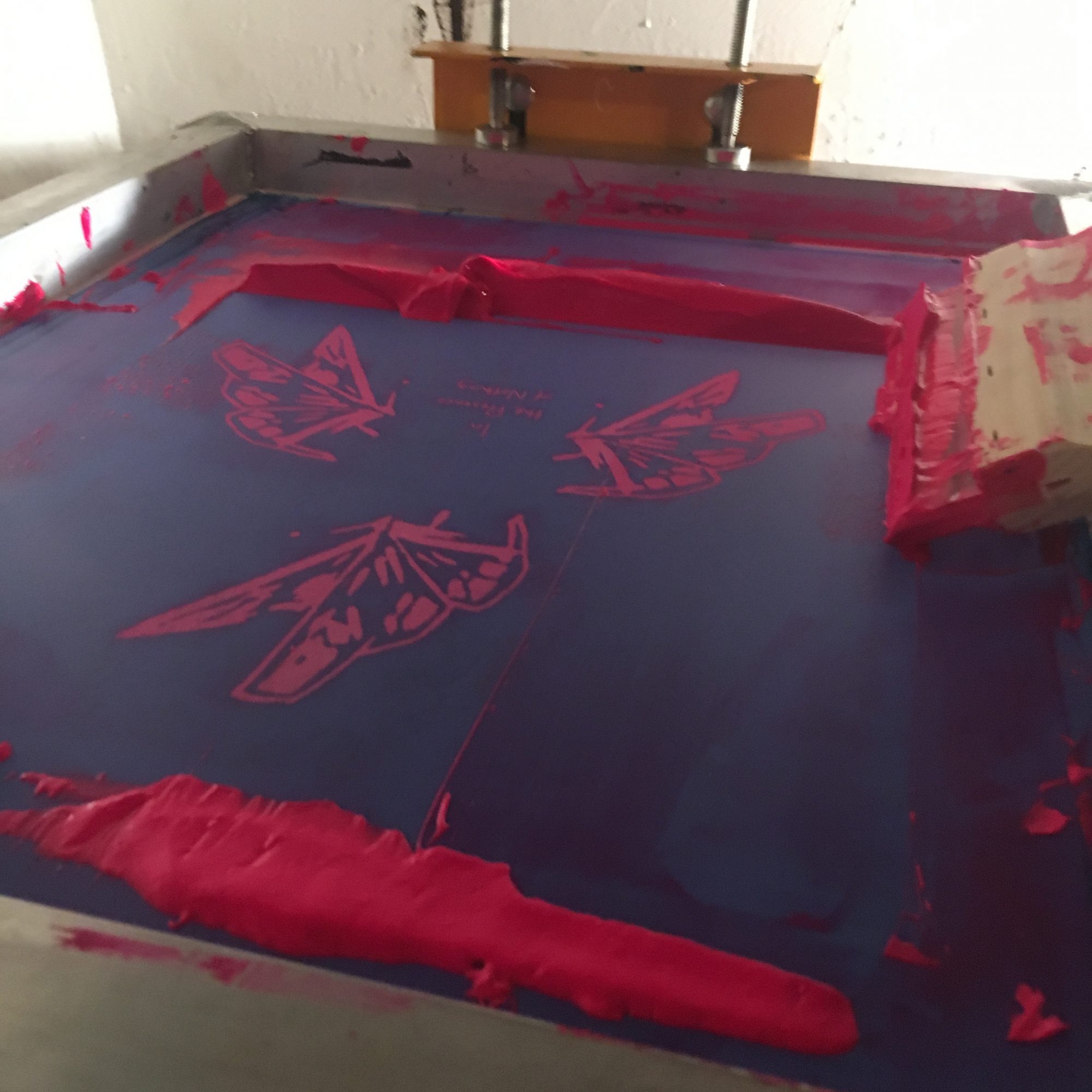