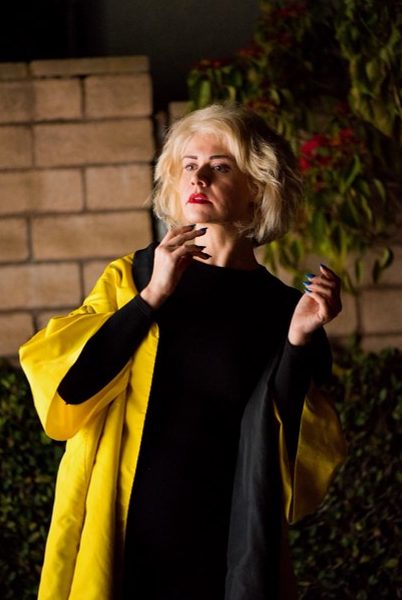 Today we’d like to introduce you to Courtney Nichols.

Courtney, please share your story with us. How did you get to where you are today?
Disco Dining Club started in my West LA backyard in the summer of 2014. To commemorate the beginning of summer, I threw an “Opium & Opulence” dinner party and asked each guest to bring a decadent item of choice. I did not require guests to wear costumes, however everyone showed up in the wildest ensembles. The entirety of this backyard bash was so wildly colorful I had the brilliant idea of taking it from my private, backyard space and into the public. And so Disco Dining Club came to be.

Our first public gathering was in January of 2015 at Cliff’s Edge in Silverlake. A “humble” gathering of 40 friends, the evening was complete with unlimited oysters, a DJ set, and endless booze. The theme was once again decadence. Highlights of the evening: dancing on tabletops, sinful displays in the restroom, and gowns with trains. To allow our guests to fully revel in deviousness, we took Disco Dining Club to a private production studio for year 1. By year 2 we had outgrown their capacity and decided to evolve our event themes. The new belief? That there were moments of decadence throughout history that led to the ultimate decadence: disco.

In the past 3.5 years we have produced nearly 30 theatrical and thematic dinner parties ranging from themes such as Faberge, Hall Of Mirrors, Blade Runner, and James Bond. We have thrown dinner parties on yachts, and abandoned stages, and early 1900’s mansions, and on forested terrain. We have had guests delight at a midnight therein performance, drink shots from duck eggs, lay on satin sheets on a bed in the middle of a dance floor, and brush a blue haired creature seated on a blue haired thrown. The ultimate goal: to produce the perfect party where each and every guest no matter creed, race, sexuality, or background feels comfortable to be their most exaggerated self.

We’re always bombarded by how great it is to pursue your passion, etc – but we’ve spoken with enough people to know that it’s not always easy. Overall, would you say things have been easy for you?
Building a concept that relies heavily on ticket sales is never ever easy. In our first year I struggled not only with finding our voice, but also settling on a structure that worked in the L.A. market. My biggest structural failure to date? 10pm dinner. However, taking that risk was crucial in year 1. Now, in year 3, I understand our audience and their needs when it comes to comfort and consistency. It’s been a long and at-times hazy journey. And yet all the struggles and upsets were ultimately necessary.

So, as you know, we’re impressed with Disco Dining Club – tell our readers more, for example what you’re most proud of as a company and what sets you apart from others.
Disco Dining Club is a thematic food and drink event that revels in all the excess, debauchery, and hedonism of disco. It is the belief of Disco Dining Club that there were moments of decadence throughout history that led to the ultimate decadence: disco. Whether a historical era (e.g. Hall Of Mirrors, Faberge), an artistic movement (e.g. Surrealism), or an iconic piece of culture (e.g. Marlene Dietrich’s Shanghai Express), Disco Dining Club recreates these colorful moments through the lens of a theatrical dinner party. At Disco Dining Club, we ask but one thing of our guests: to consume everything.

I am known for throwing colorful parties with colorful people. My goal is to create a haven for the most eccentric. Yes, Disco Dining Club is a dinner party but it has come to represent a community of the bizarre looking to escape the confines of realities.

So, what’s next? Any big plans?
Disco Dining Club is hitting the road. In the coming months we will be in New Orleans and San Francisco, with a possible stopover in Miami. In addition, Disco Dining Club is gearing up for our first ever multiple-night event the weekend before Halloween. In collaboration with famed installation artist The Grim Wreather, “The Flowering of a Strange Orchid” is a botanical horror dinner party taking place October 26, 27 and 28 in a haunted greenhouse we are fabricating at a Hancock Park mansion. 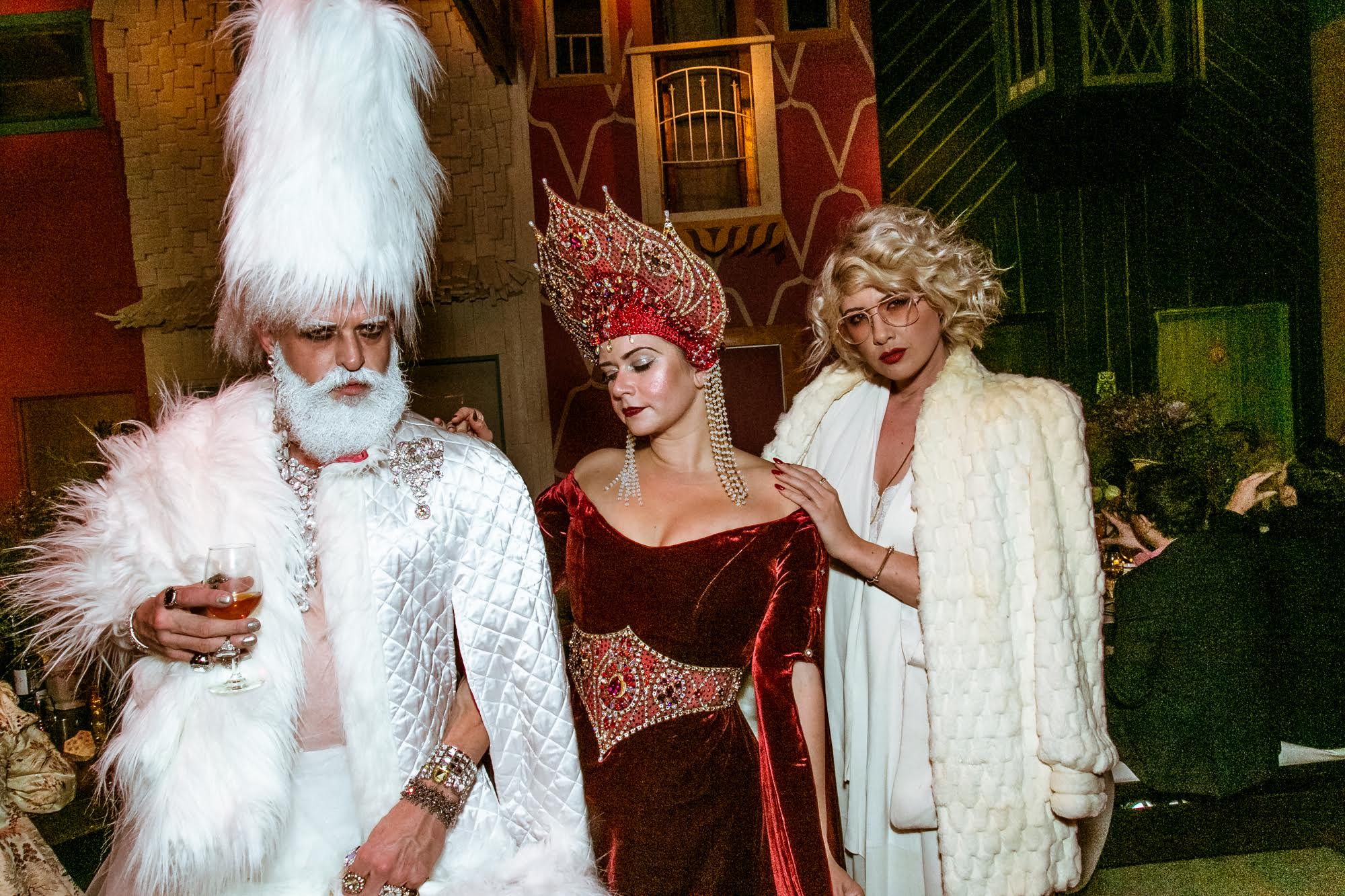 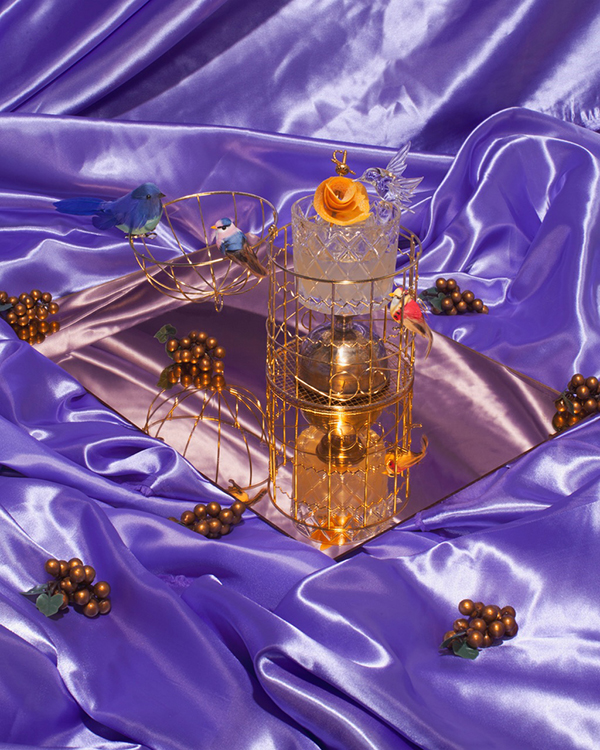 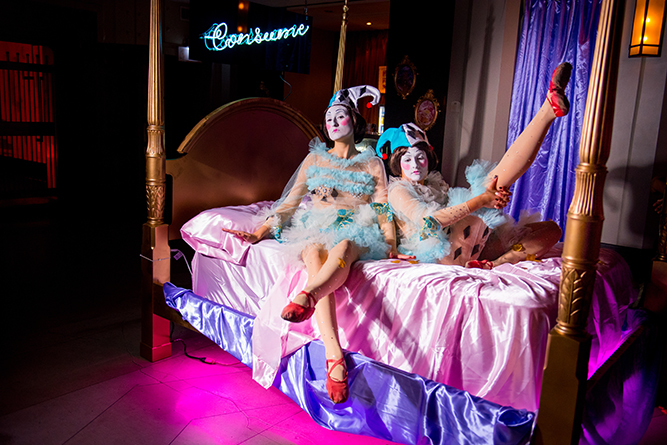 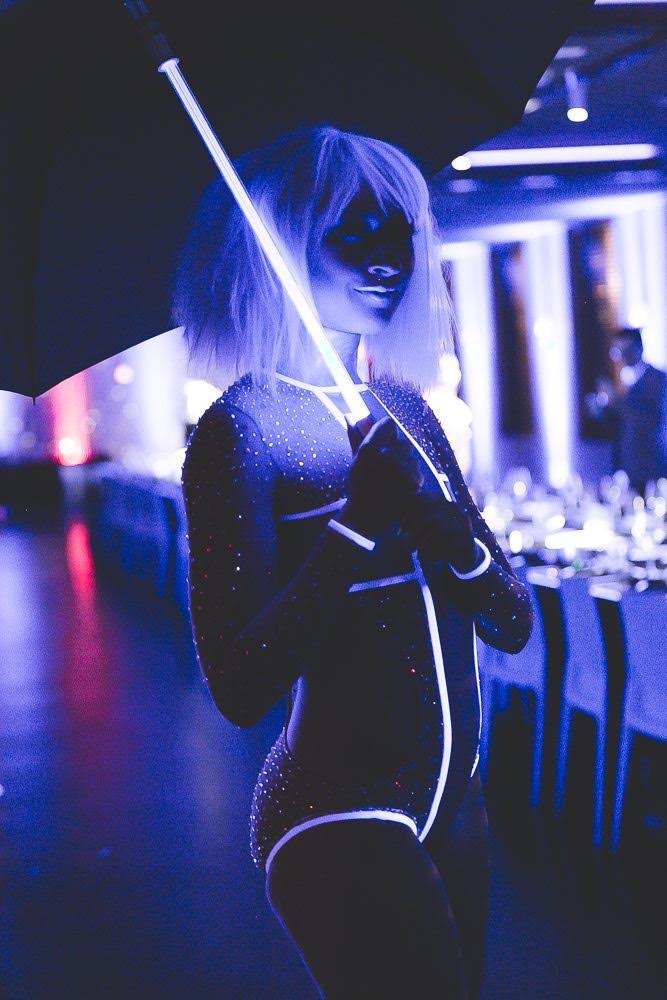 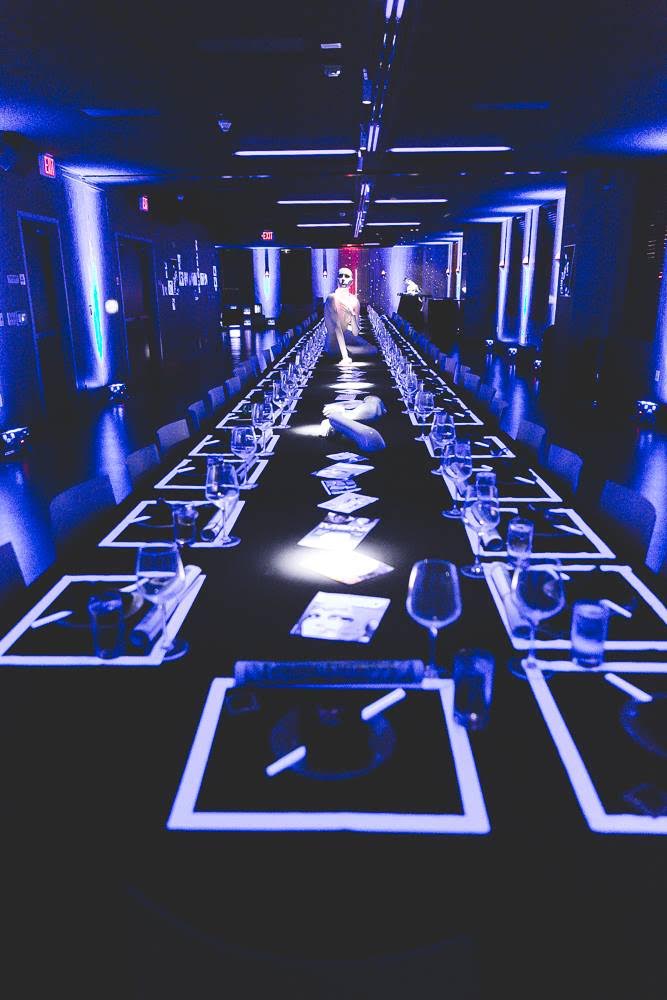 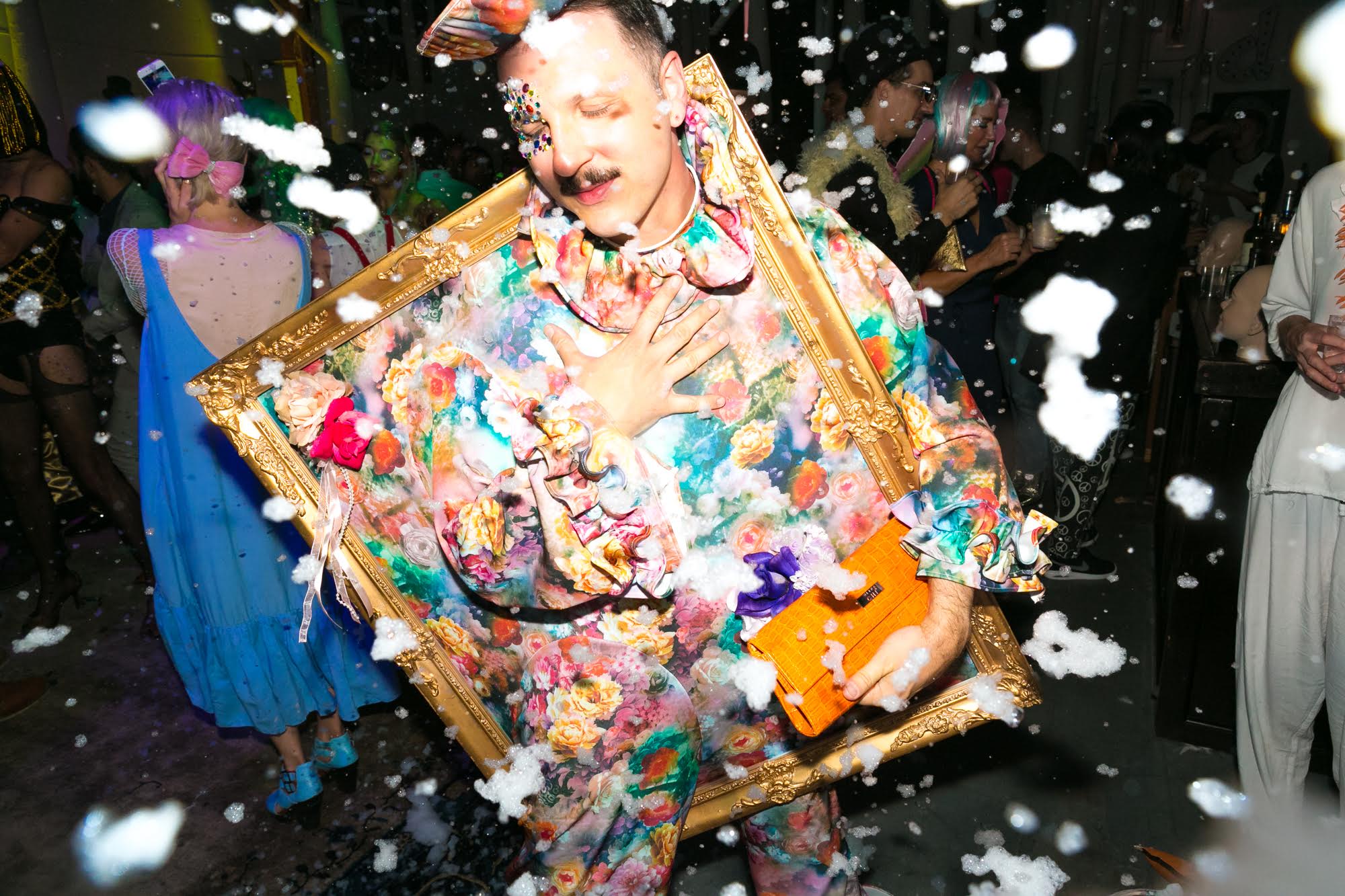 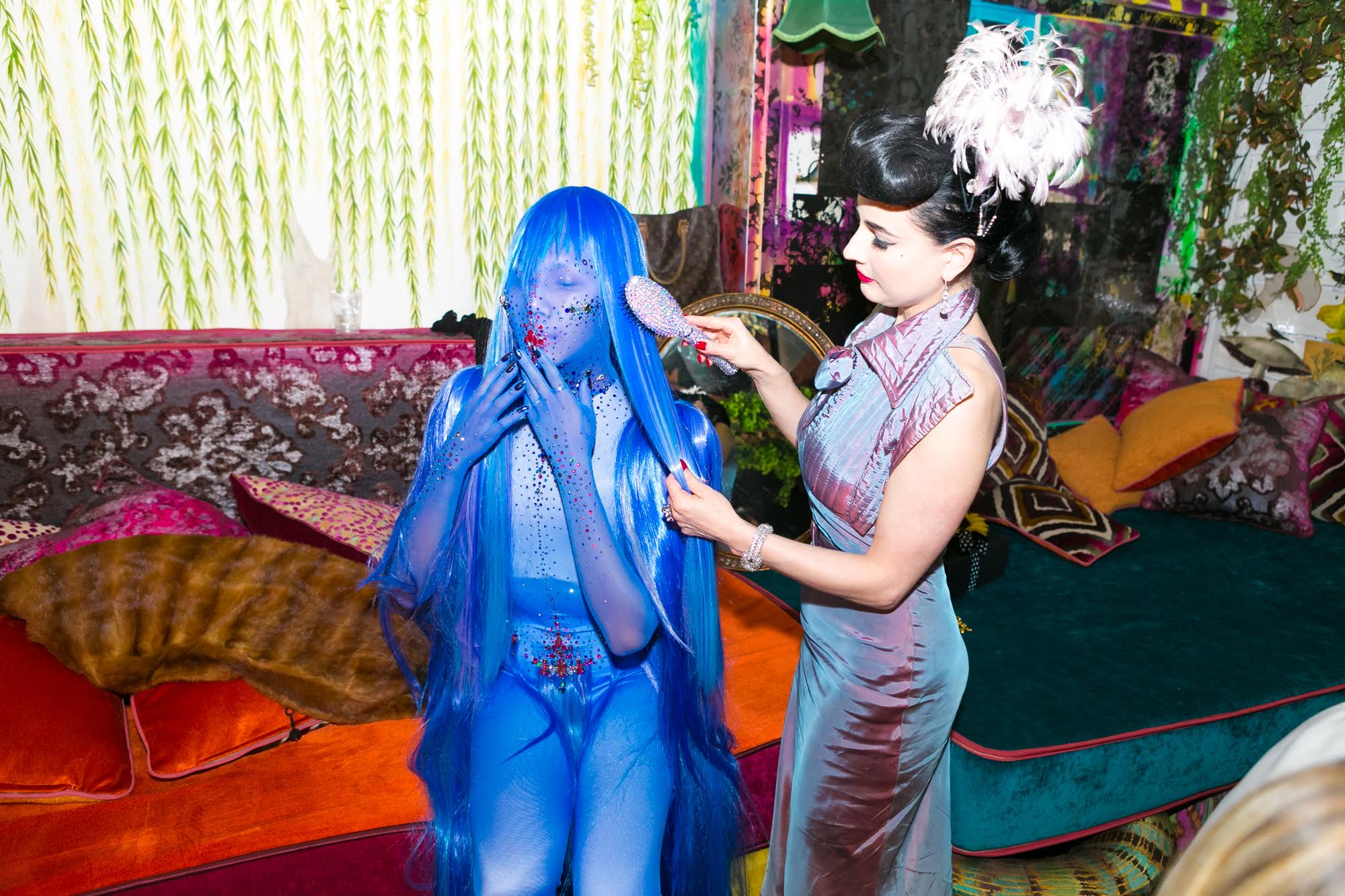