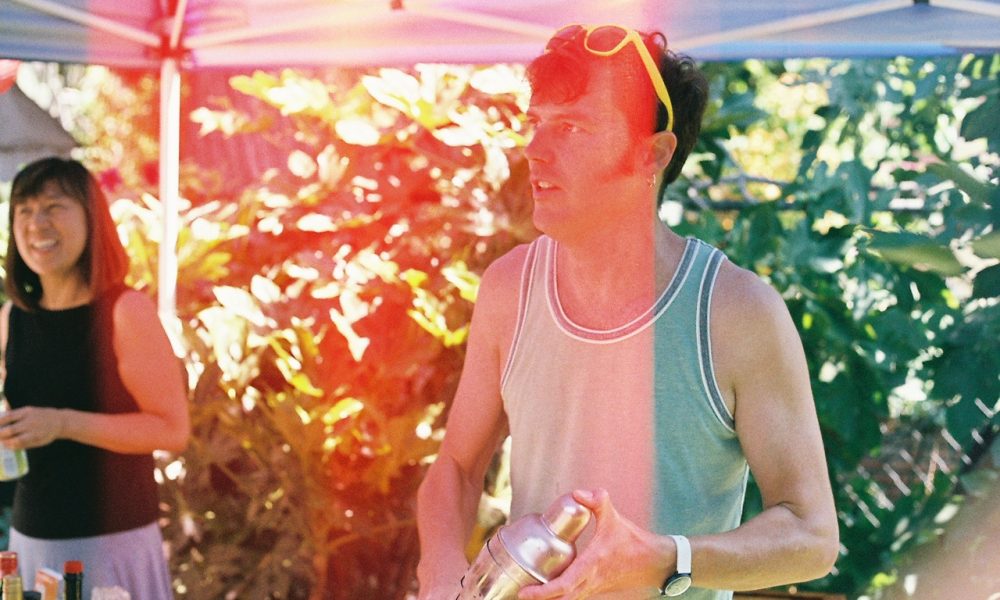 Today we’d like to introduce you to Clovis Blackwell.

Clovis, please share your story with us. How did you get to where you are today?
As a child during the late Cold War, I was influenced by post-apocalyptic sci-fi-fi and fantasy stories. The very real concern about the world ending filtered through popular culture and into my psyche. I imagined that if we went to war with “Russia” I would get to be a bad-ass like Mad Max—what could be better?

Eventually, I wanted to understand our culture’s fascination with the apocalypse. We seem to manufacture them every few years. I recall Y2K, Hale-Bop, 2012, and various biblically-inspired end-times prophecies. What’s the deal?

I began to research apocalyptic mythology and made connections to the post-apocalyptic stories of my childhood. The common theme is one of rebirth. The original stories seemed to reflect the listener’s experience with the natural world: planting and harvesting, seasonal changes, and one’s own mortality. They taught an appreciation that often something needs to end in order for something new to begin.

My attempts to understand my childhood and this cultural fascination paralleled a difficult period of my life. Grappling with a painful disability in the form of rheumatoid arthritis while losing my father to cancer and my grandfather to Alzheimer’s, I learned to find transformation through the suffering I experienced.

Finally, the birth of my son in 2009 served as the catalyst for me to unite these ideas.

That cataclysmic event, much like an atomic bomb, marked the end of one period of my life and the beginning of another. I use interlaced images of flowers and mushroom clouds from the nuclear test archives to portray the importance of change; of life, death, and rebirth. To make this idea of change less terrifying—even appealing.

Great, so let’s dig a little deeper into the story – has it been an easy path overall and if not, what were the challenges you’ve had to overcome?
I had a challenging period of life between 2001 when I was diagnosed with rheumatoid arthritis (RA) and 2006 when my father died from cancer. RA is an auto-immune disease that attacks one’s joints. My relatively mild case caused severe pain and inflammation in my wrists and ankles while the disease was active, and led to some permanent disability in primarily my wrists and fingers.

During this time my grandfather’s mental health declined rapidly due to Alzheimer’s disease. Seeing him lose his sense of self and memories of us—something which had happened to his wife only a few years prior—was painful.

This already painful but not entirely unusual experience was made exponentially worse when he became so agitated one day that he walked off. Despite a massive community effort involving hundreds of people searching a 1-mile radius from where he disappeared, he was never seen again. It has been difficult to come to terms with his loss because there most likely will never be any closure from knowing definitively what happened to him.

Meanwhile, my father developed and eventually succumbed to a difficult-to-treat form of throat cancer. He fought a challenging two-year battle to extend his time with his five sons. During this time he lost his ability to speak and swallow, which necessitated a tracheostomy and a feeding tube.

My experiences with suffering are not unique—we will all experience some form or another during our lives. I learned to embrace and accept mine, to be transformed by it. My artwork attempts to make this process less of a terrifying thought for myself and those who view it.

Clovis Blackwell – what should we know? What do you guys do best? What sets you apart from the competition?
I’m a visual artist primarily working in the silkscreen printmaking process. This is a traditional printmaking process that uses a stencil adhered to a fine mesh screen. Ink is pushed through the open areas of the screen to transfer an image onto the surface of the art piece. I’m known for using halftone dots and the vibrant colors of cyan, magenta, and yellow. These halftones and colors overlay to create a rich full-color spectrum and pulsating patterns.

My works range from small and intimate to large immersive pieces. I also use this stenciling process to create unique paintings on panel that explore how colors, images, and patterns build up and then break down.

What moment in your career do you look back most fondly on?
My proudest moments as an artist are when I get to have conversations with people at my shows. Many of the comments are something brief like “Rad!” or “Awesome!” which always makes me feel great.

However, when someone begins talking about what they see or feel when looking at my work and their interpretation reflects my own intentions, I feel I’ve created something I’m proud of. 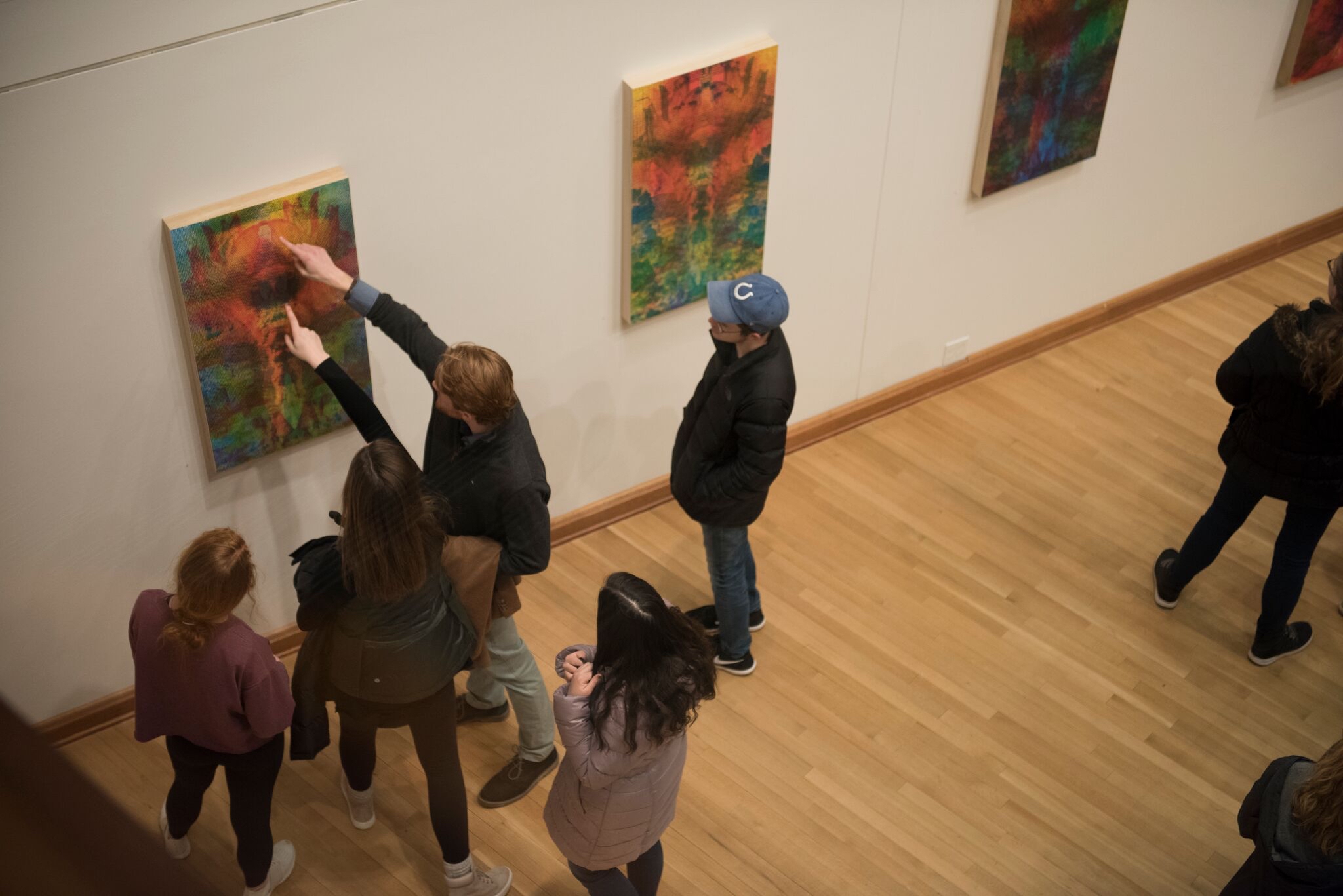 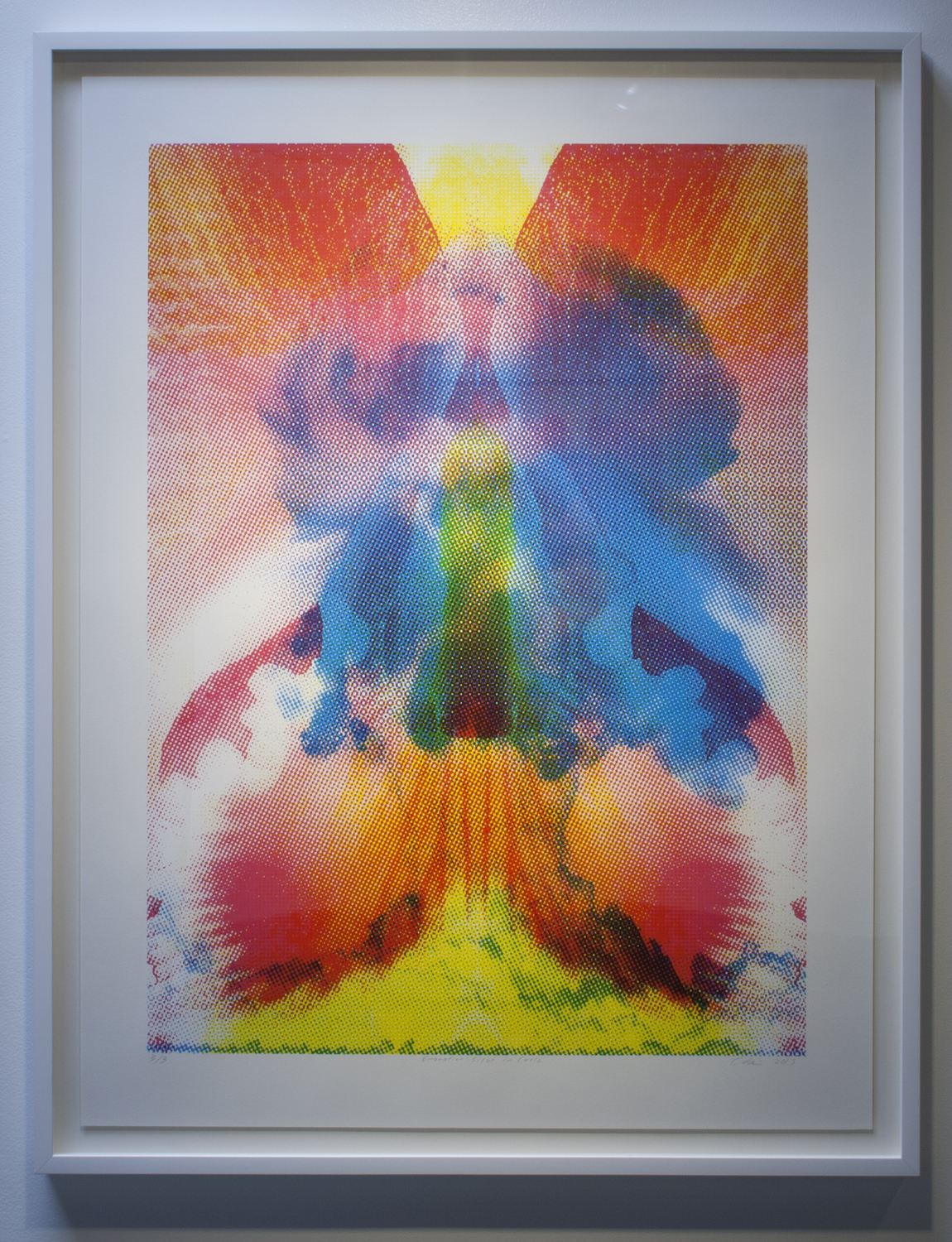 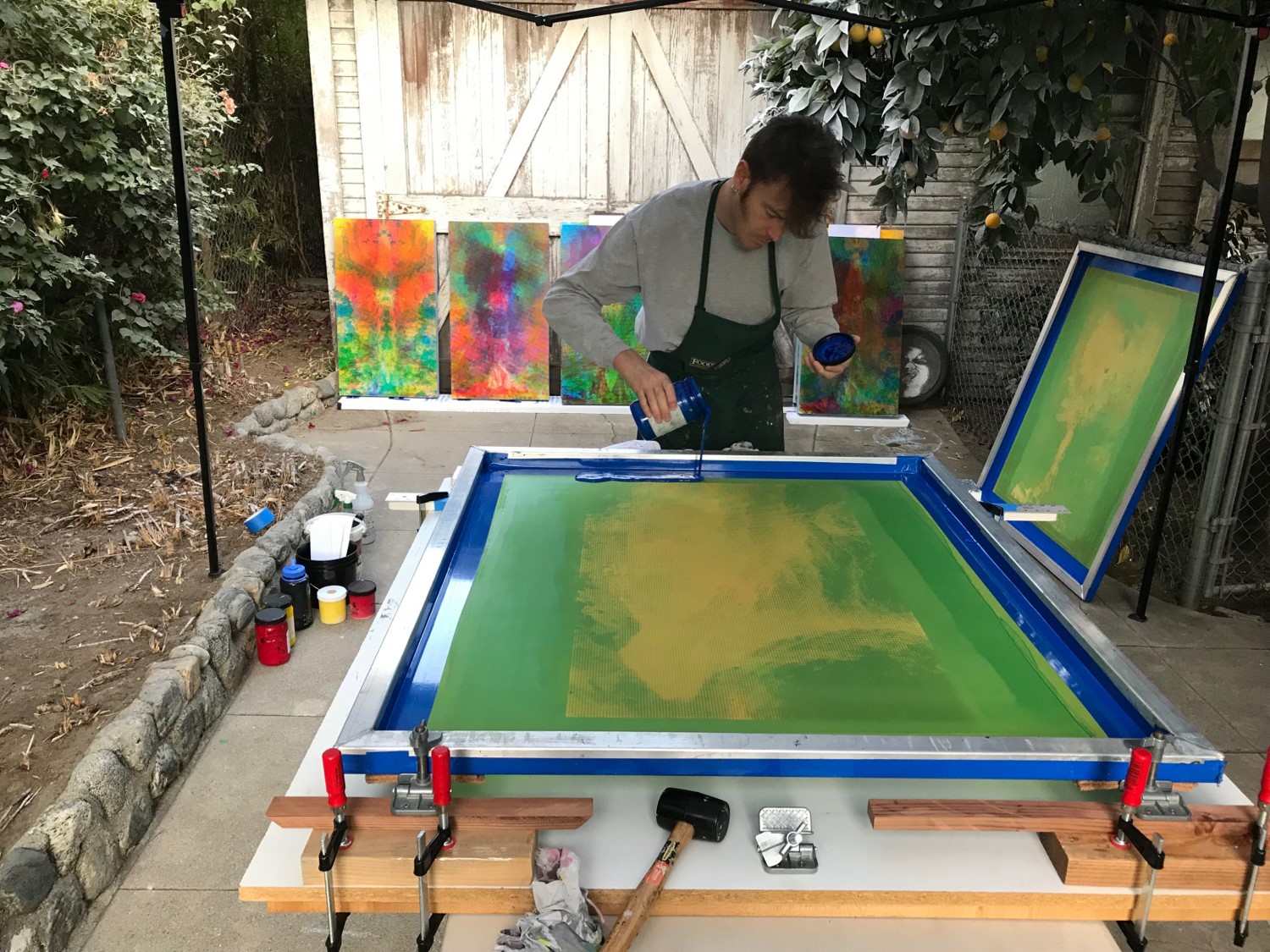 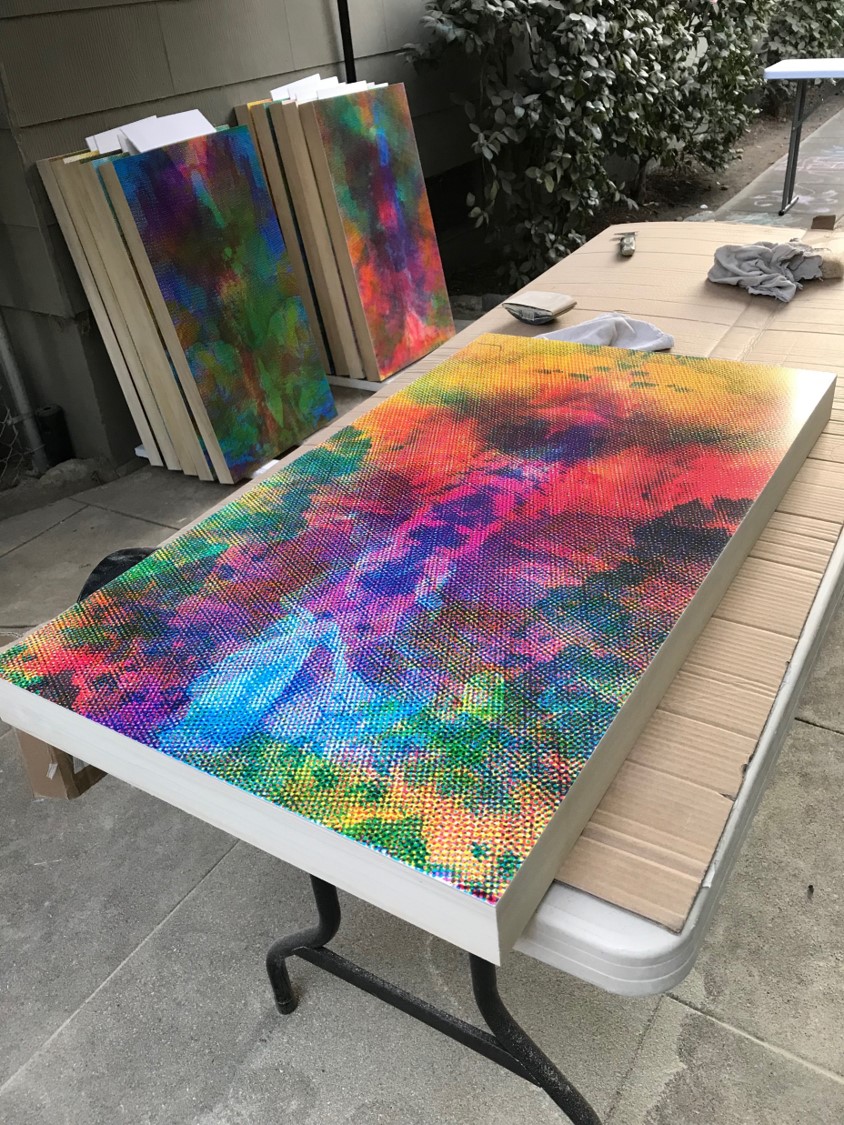 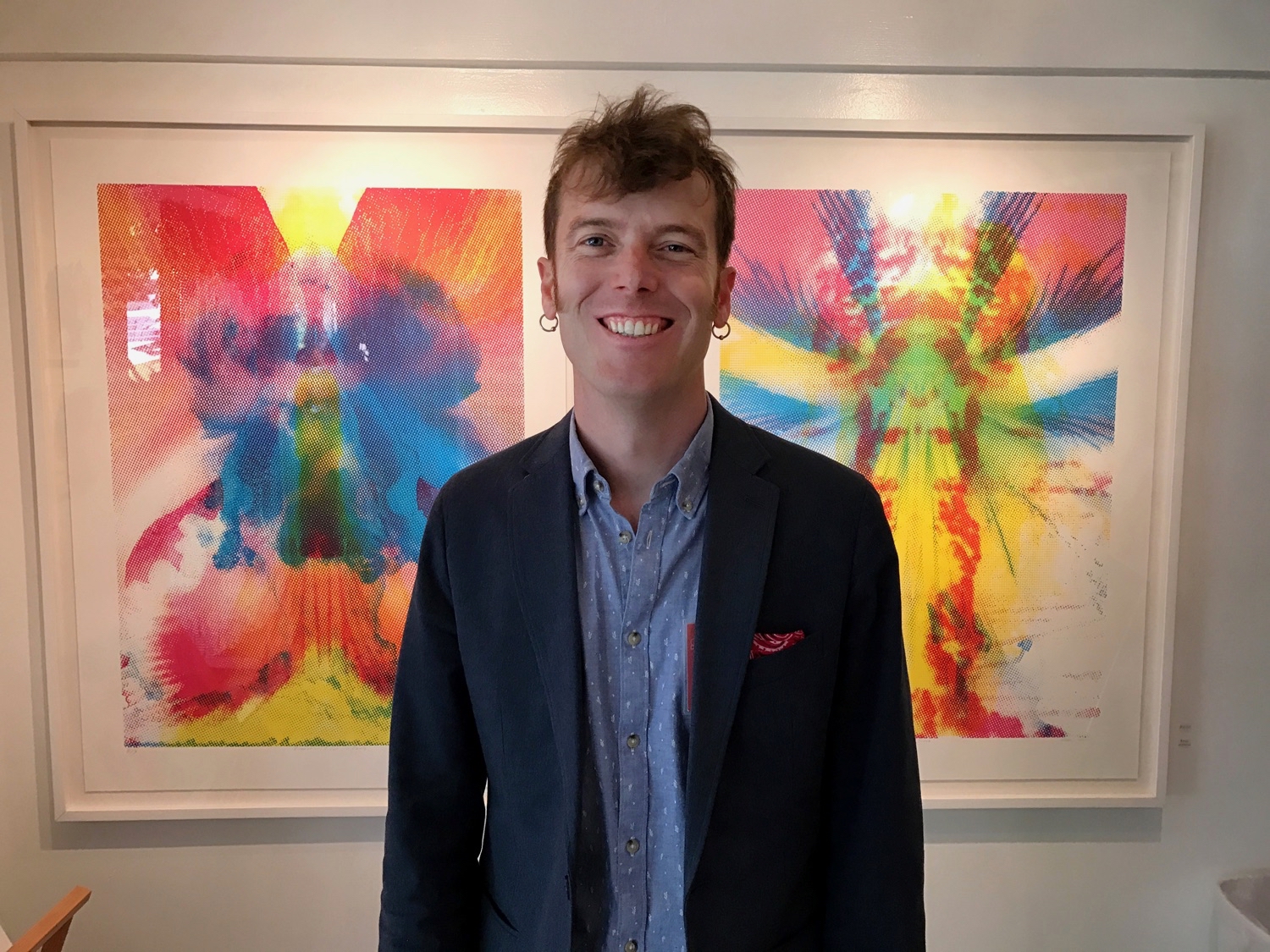 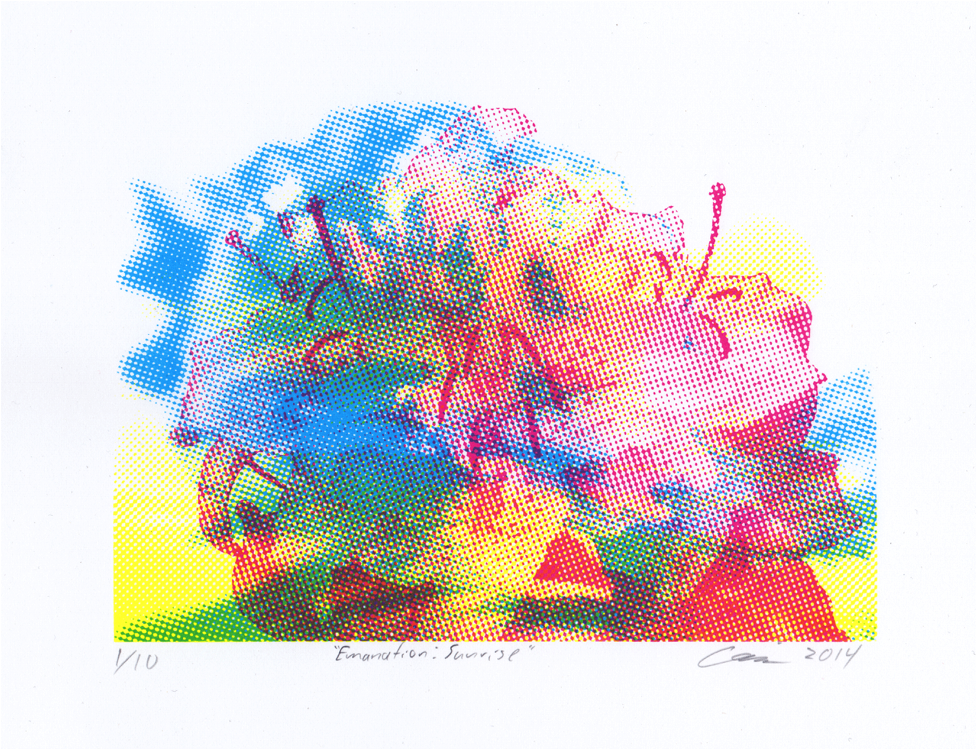 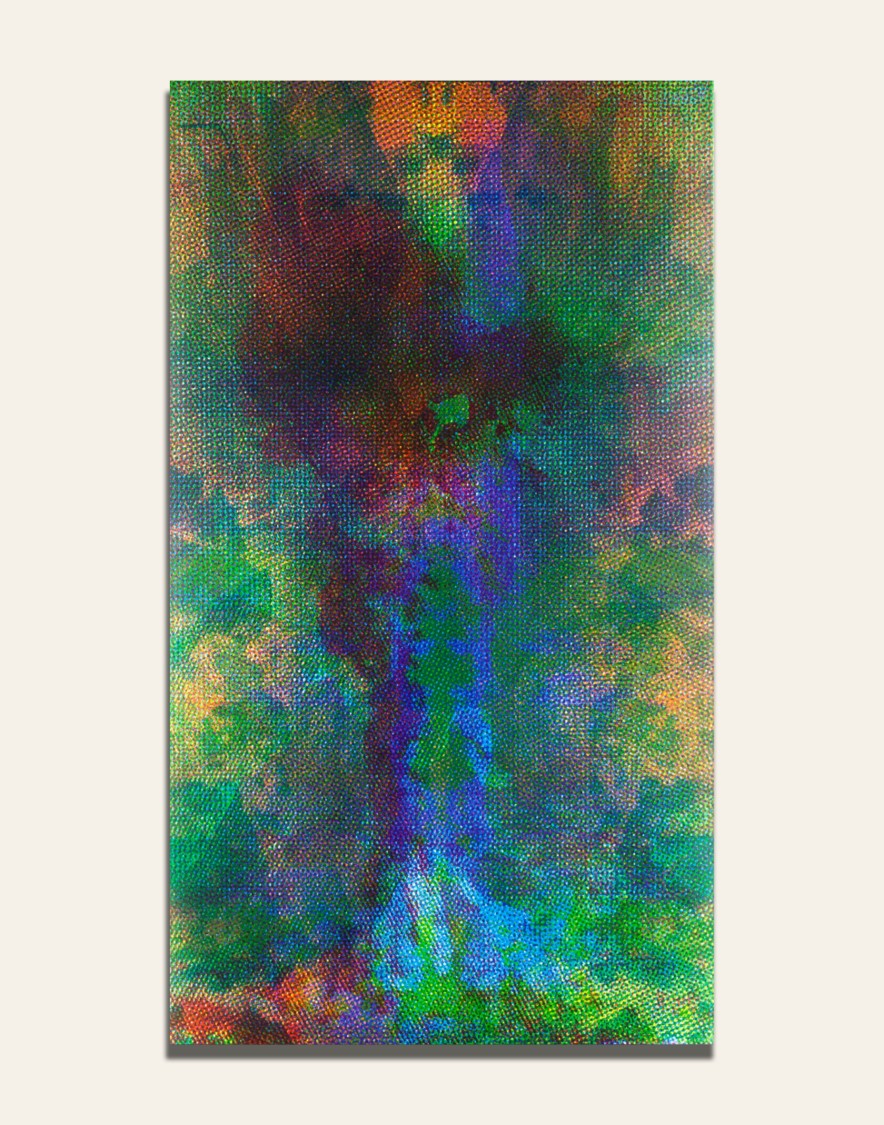 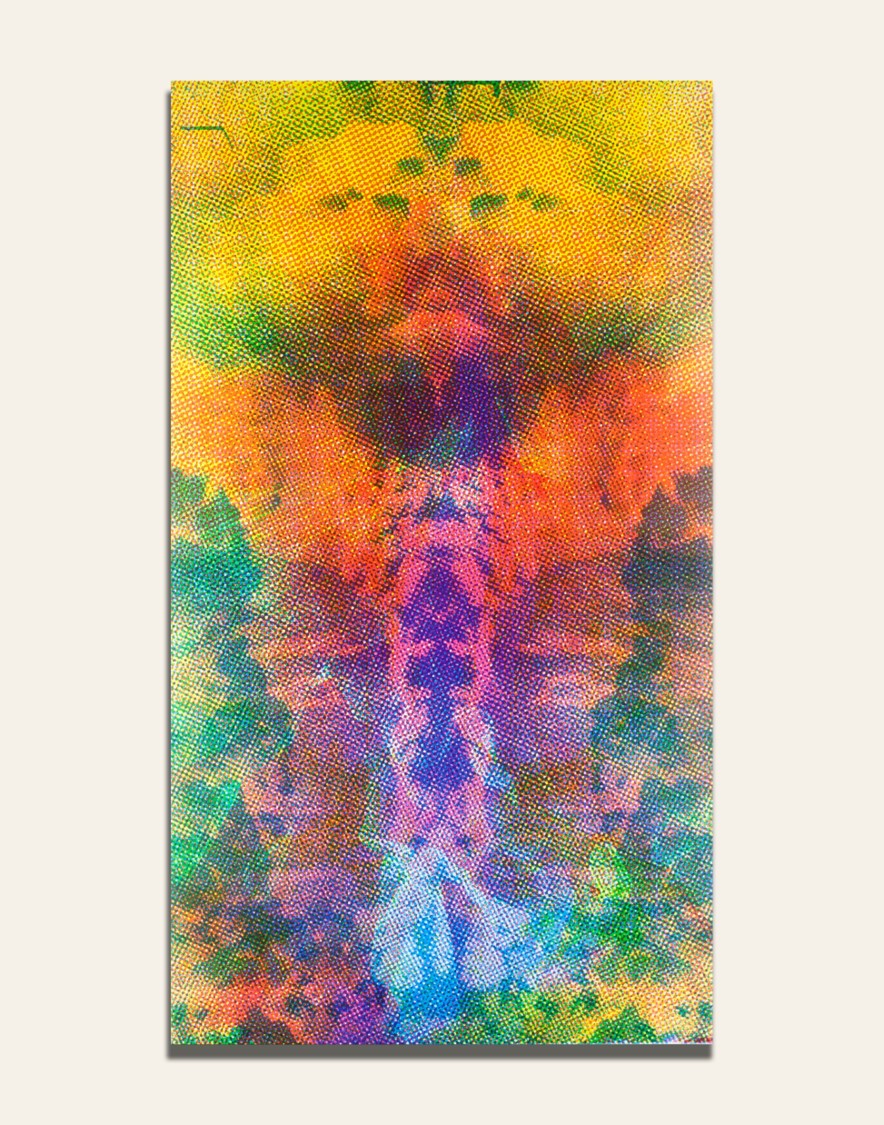