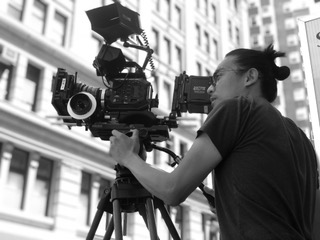 Today we’d like to introduce you to Carlo Canlas Mendoza.

Carlo, let’s start with your story. We’d love to hear how you got started and how the journey has been so far.
I am originally from the Philippines. I did my 1st ever independent feature film as a cinematographer back in 2007. My 2nd independent feature in 2008, JAY competed at the Venice International Film Festival Horizons Competition (Orrizonti). Venice was my 1st international film festival experience and it opened my mind to so many possibilities and made me change the direction of what movies I wanted to make and where I wanted to take my career. That experience made me want to make movies that could be seen by a wider audience all over the world. It made me want to tell stories that didn’t just entertain but stories that discuss current issues, say something about the human condition, tackle stories about people who have no voice, help understand ourselves and others, etc. So since then, I carefully chose the films that I made and the directors I worked with. My 4th feature, ROSARIO was a big-budget independent period film that gave me my 1st ever best cinematography award and brought me to a certain level of success in the Philippines.

After college, I worked as a production assistant at a TVC production house for two years from 2003-2005, then I apprenticed under Lee Briones, one of the few female cinematographers (back then) from 2005-2007. I attended all her shoots, meetings, scouts, color grading and telecine sessions. Shadowing her was my initial film school. I also attended workshops like the 2007 Asian Film Academy(AFA) at the Busan International Film Festival and the 2011 Berlinale Talent Campus. In these workshops, I was at my happiest being with fellow aspiring filmmakers, speaking the same language and having the same interests. One night at the 2015 Cameraimage in Poland, I was having dinner with Mark Carey, BSC, he asked me how I was and I updated him with everything that has happened in my life from 2007 to 2015 and he said: “I think it’s time for you to go international! You should study at AFI because you will not only learn so much from there but you will have so many opportunities in Los Angeles.” So, in February 2016, I submitted my application for MFA in Cinematography at the American Film Institute Conservatory. I was accepted and was given the Rachel Morrison scholarship so in August 2016, I moved to LA.

Has it been a smooth road?
Oh, it was definitely not a smooth road. For big dreams like this, I don’t think it’s ever going to be smooth. I definitely struggled to get into those international workshops making me feel that I wasn’t good enough. I applied 3 times for both 2007 Asian Film Academy and 2011 Berlinale Talent campus before I was accepted. In hindsight, it wasn’t because I wasn’t good enough, it just wasn’t the right time. I’ve come to realize that everything in life is about the right time. We just have to be patient and be resilient. We have to keep on working hard, learning as much as we can and keeping that passion burning. When I was an apprentice, there were some people around me who would put me down, hindering me from being who I really was and not allowing myself, to be honest with myself. After doing my 3rd feature, I thought I was already going to make it. What I realized was, I was just rushing myself to succeed. But one thing also that helped me get through this was my parents were always very supportive of everything that I did.

One of the biggest struggles in the Philippines as well was working in an industry wherein the workers are not protected by any unions. We would work for more than 16 hours a day. Sometimes, 20 or 24. There was a time that we went to 36 hours and I had to drive back to Manila with one of our actors and my camera team for more than 2 hours. The toxic industry practices in the Philippines pushed me to the edge. My health suffered, my work suffered and I could never be fulfilled with the outcome of my work because it was just too difficult to be at the top of your game on the 3rd 20-24 hour days of your shoot. It was just inhuman and I felt a lack of respect to me not just as an artist but as a human being. Also, when you don’t have a name and you are just starting out, some people in the Philippines tend to bring you down. I remember in my first big-budget film, someone of position was trying to get me fired. It was a good thing that my director had my back and he told me to be careful. It’s always important to build that trust with your director so you know he/she will always fight for you. And if he/she doesn’t, then it’s not worth working with him/her.

What do you do, what do you specialize in, what are you known for, etc. What are you most proud of? What sets you apart from others?
I love shooting narratives! What I am most proud of as a cinematographer is that I don’t have a particular style. I am like a chameleon whose work changes based on what the story is and who my director is. I take pride that every film I make, may it be of the same theme or genre, they do not look like they were shot by the same person. I don’t put myself first – I put the story first. What is the story? What is it about? Who’s narrative viewpoint are we going with? How does he/she see the world? These are the things that define how the film looks like and not my personal style or aesthetic. It is never about me. It’s always about what the story and the characters need. I guess, one of the things that make me good at what I do is that I am very collaborative with my director and the people I work with. I know I create great relationships with my directors. And more importantly, I have an ability to empathize with the characters and to understand what they are going through.

How do you think the industry will change over the next decade?
Streaming is definitely going to be bigger than ever. There will be an influx of productions. I am not sure of the quality of the stories of all the content that will be present. It will probably be hit or miss. It depends on these streaming platforms if they will be watchful of the shows and films they will acquire and produce. As it is right now, I see that there is so much content in the streaming world BUT are they really good shows or films? Hmm. Definitely not. Another thing I think will happen is more international co-productions. There will also be a lot of new filmmakers from all over the world who will be recognized. The world will be more competitive and if one becomes too complacent and doesn’t strive for more, he or she will be left behind. We should always strive to learn more and do new things. 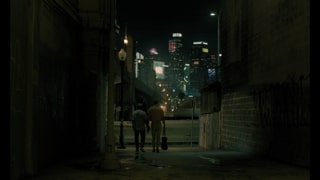 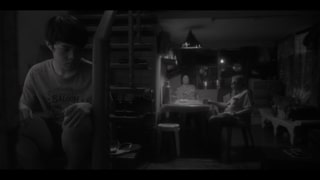 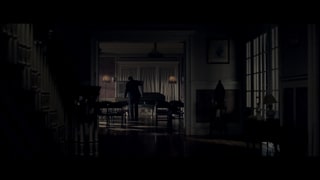 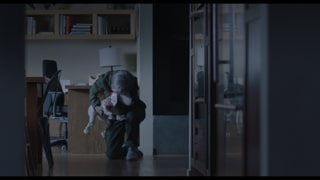 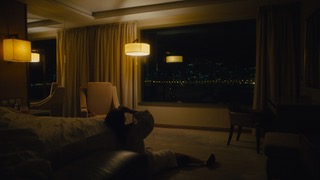 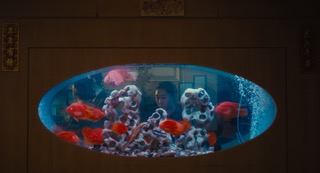 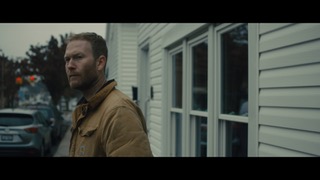 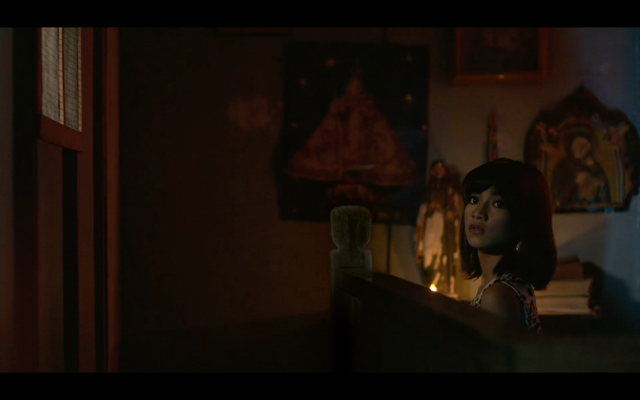 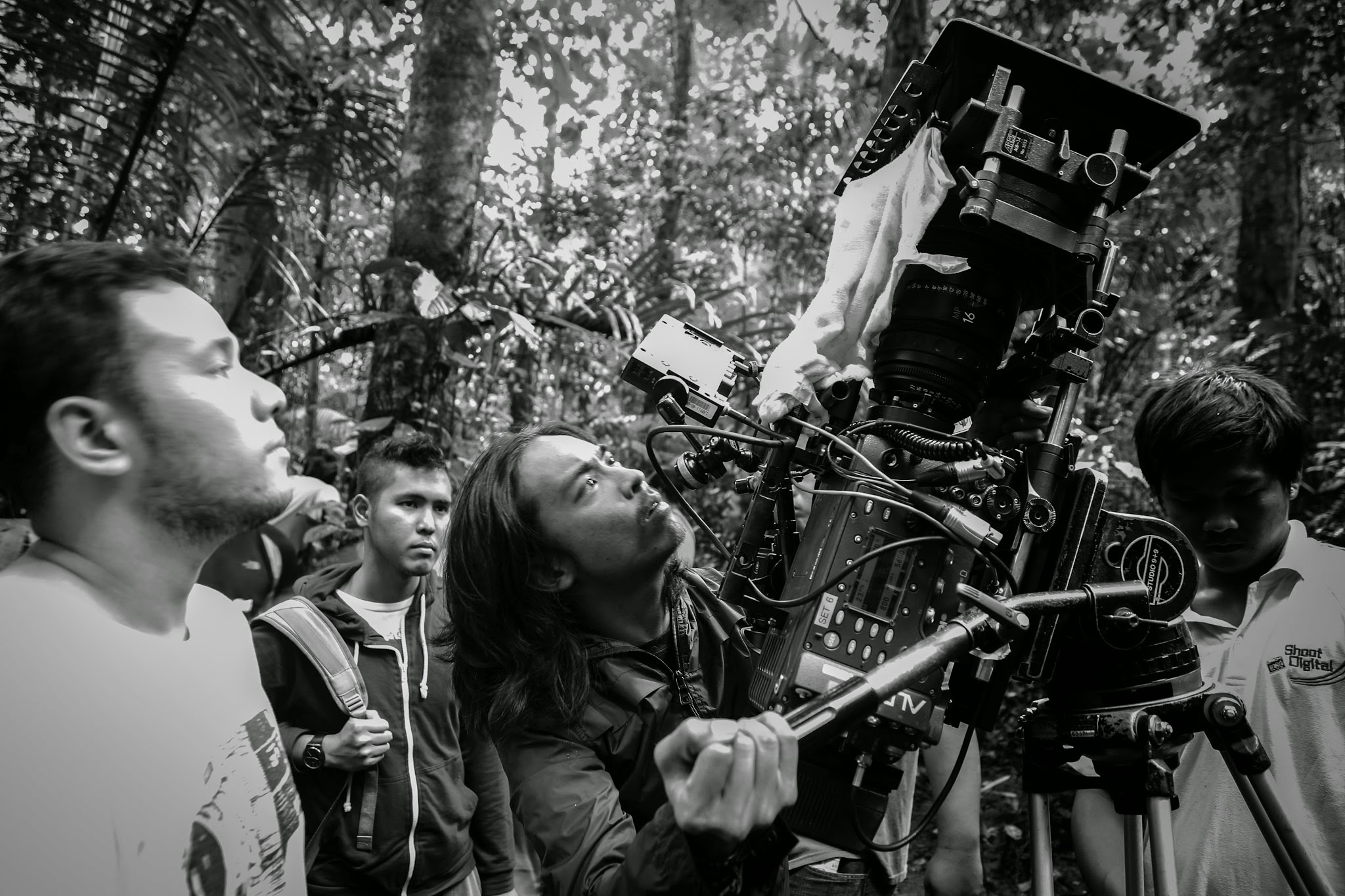 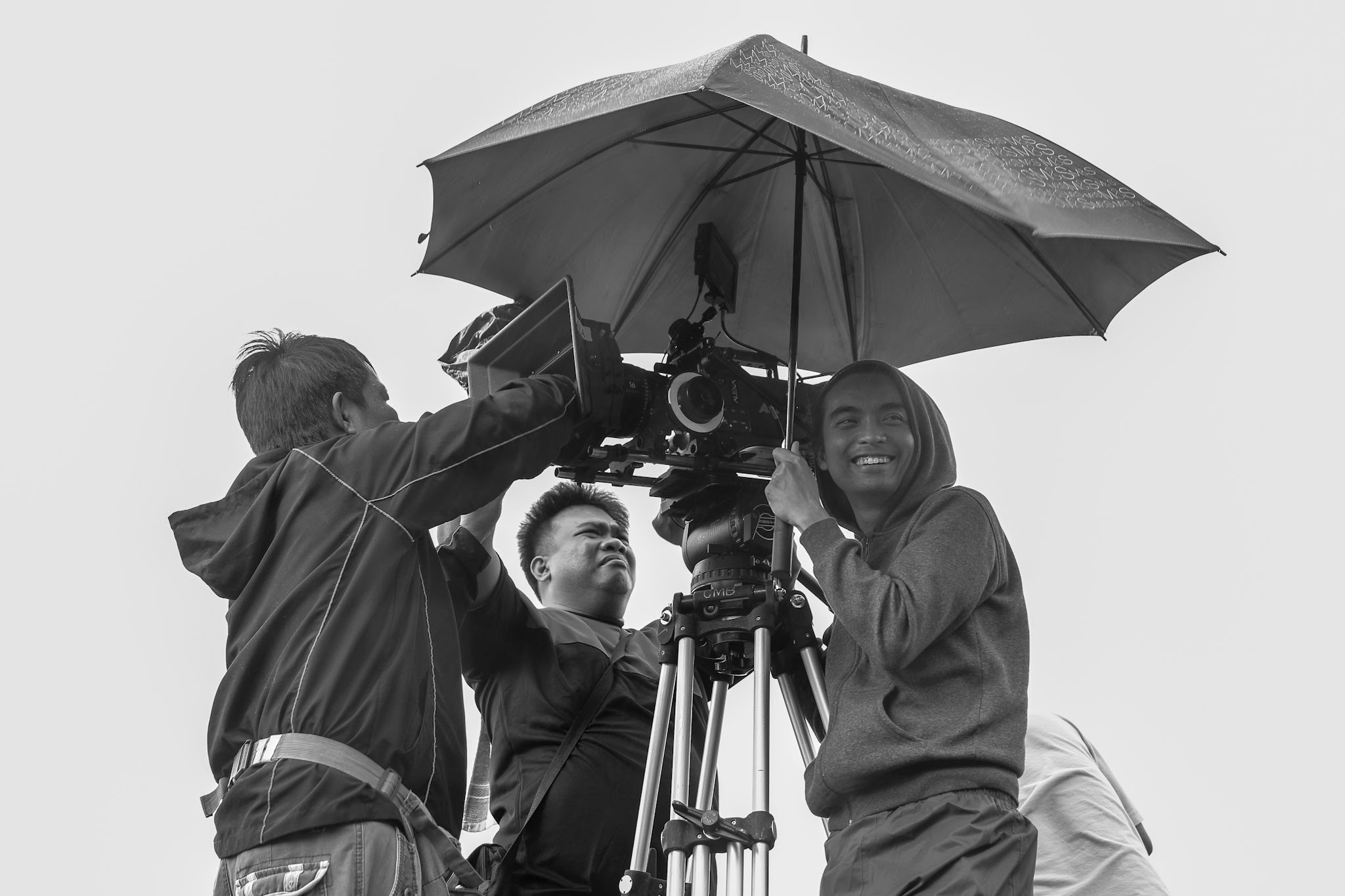 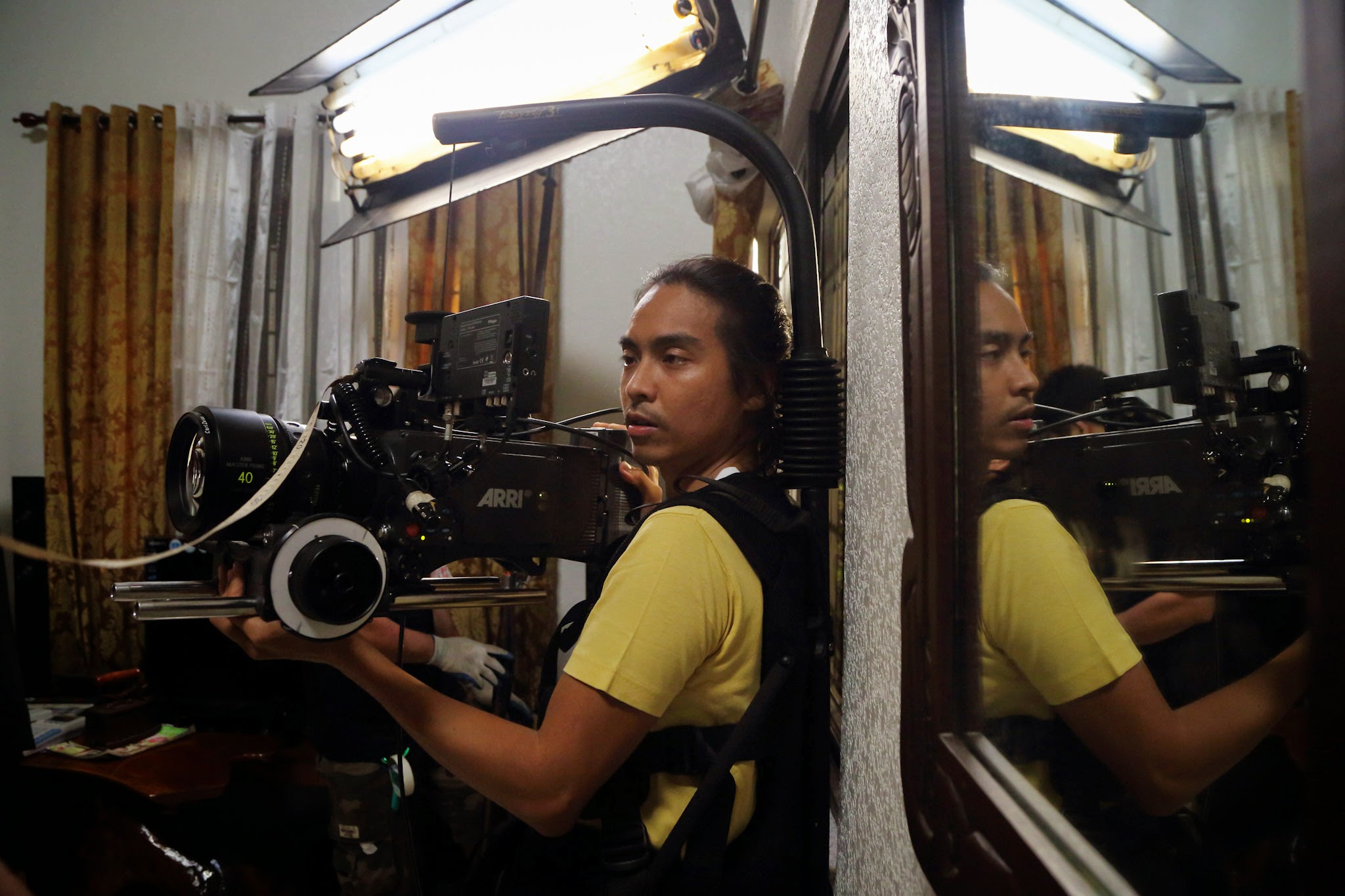 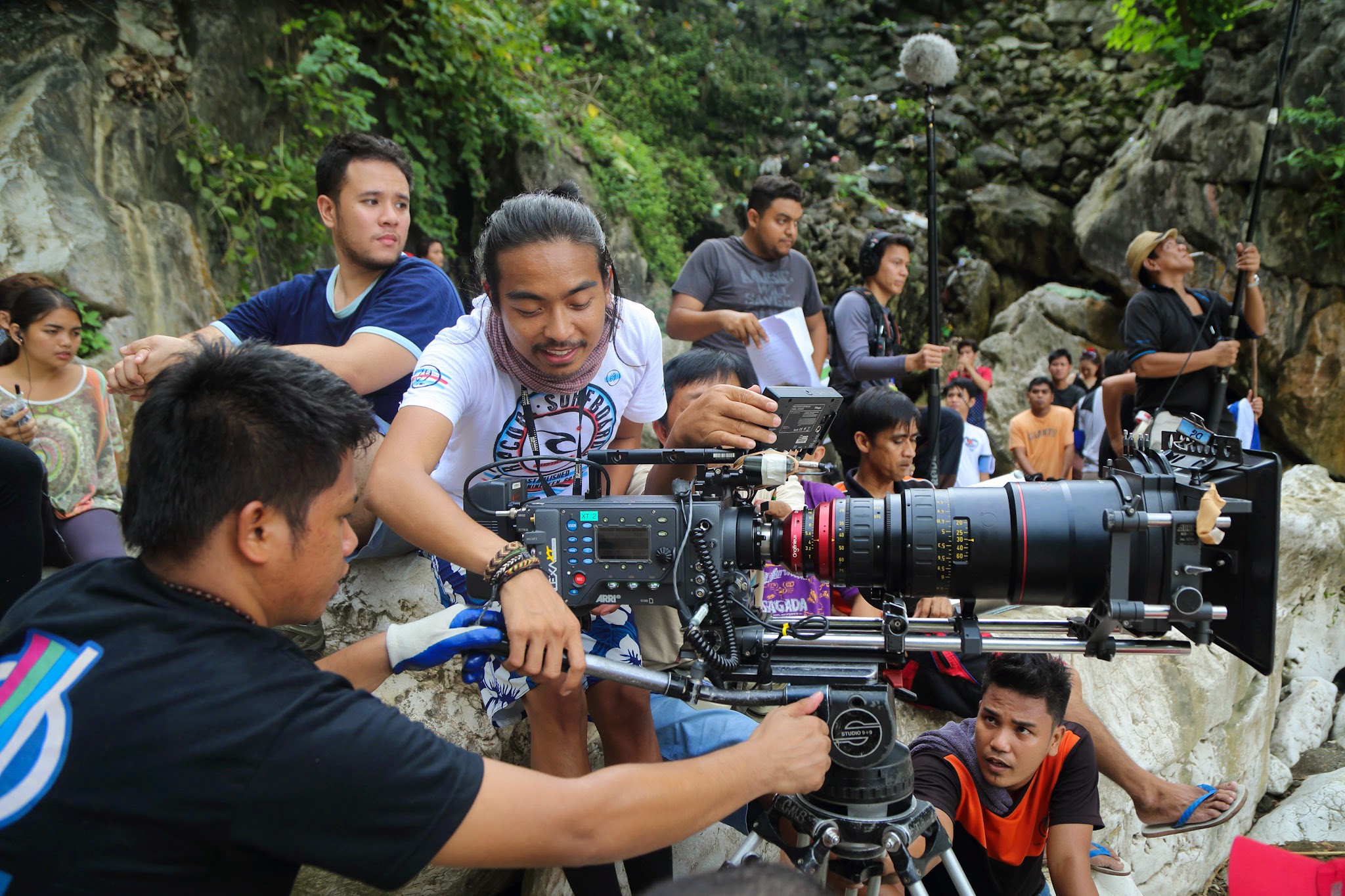 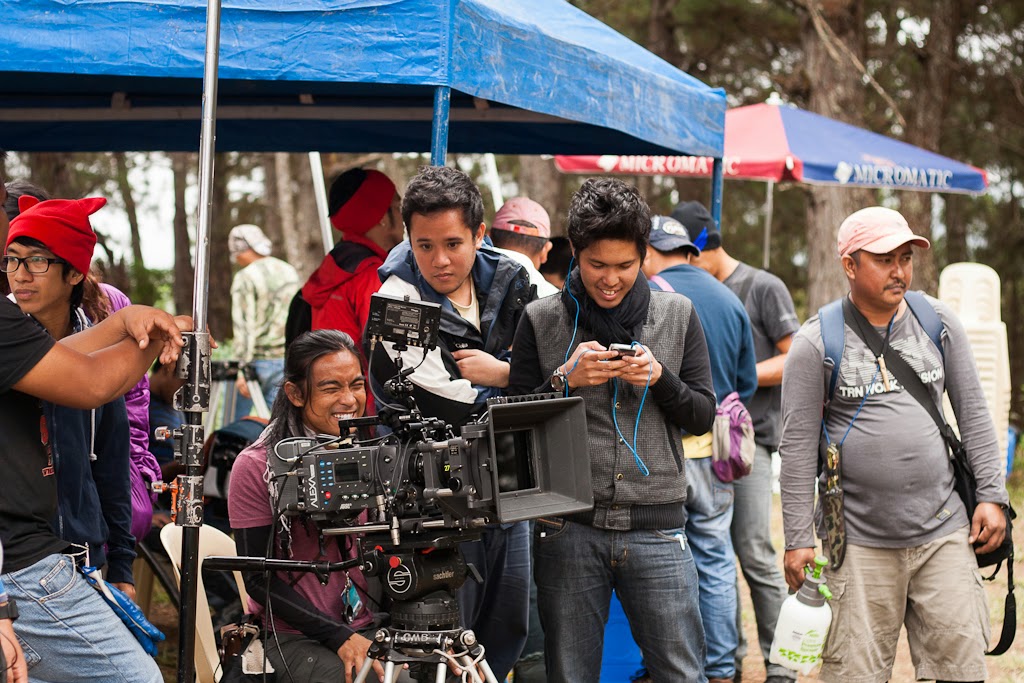 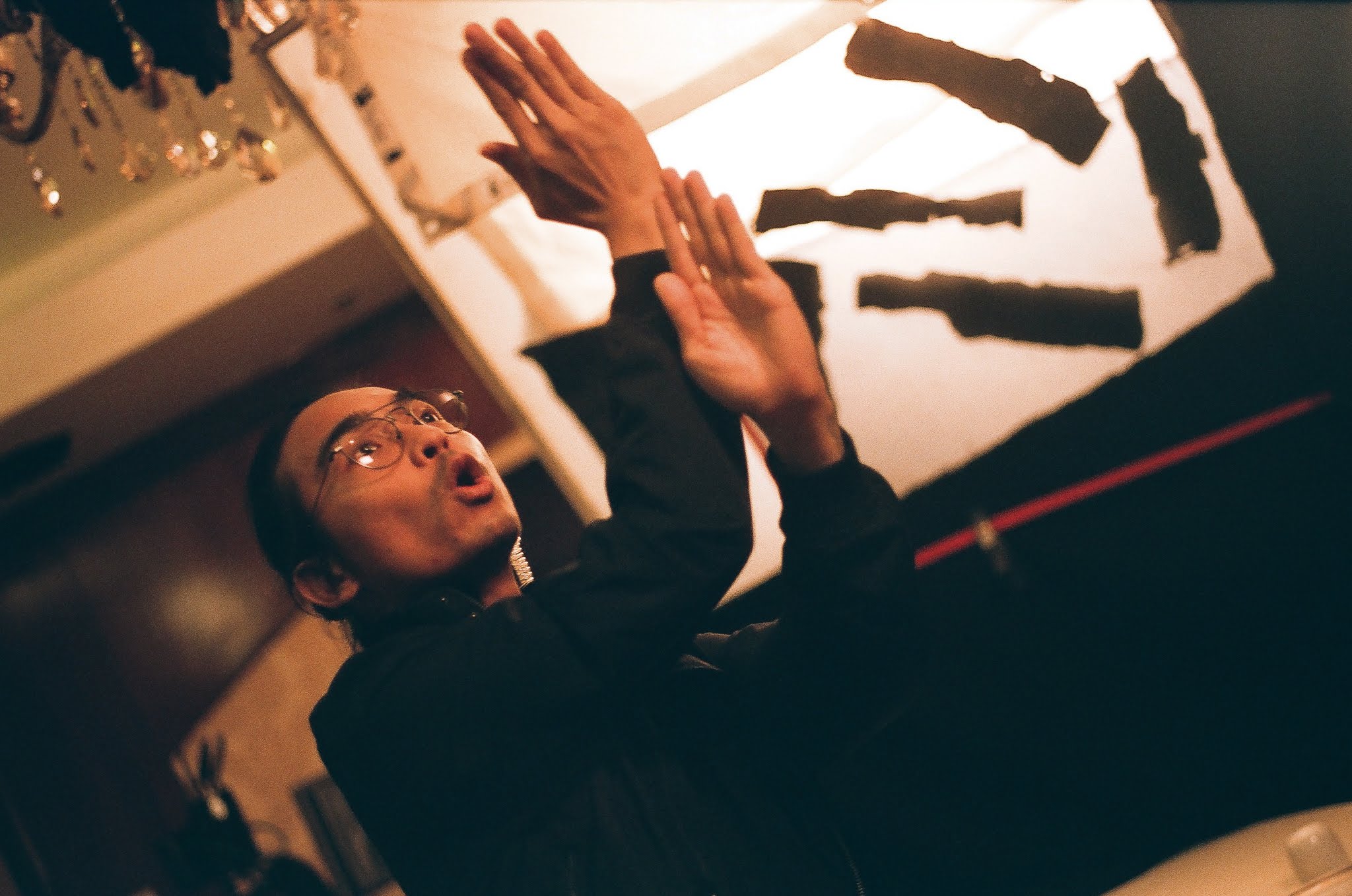 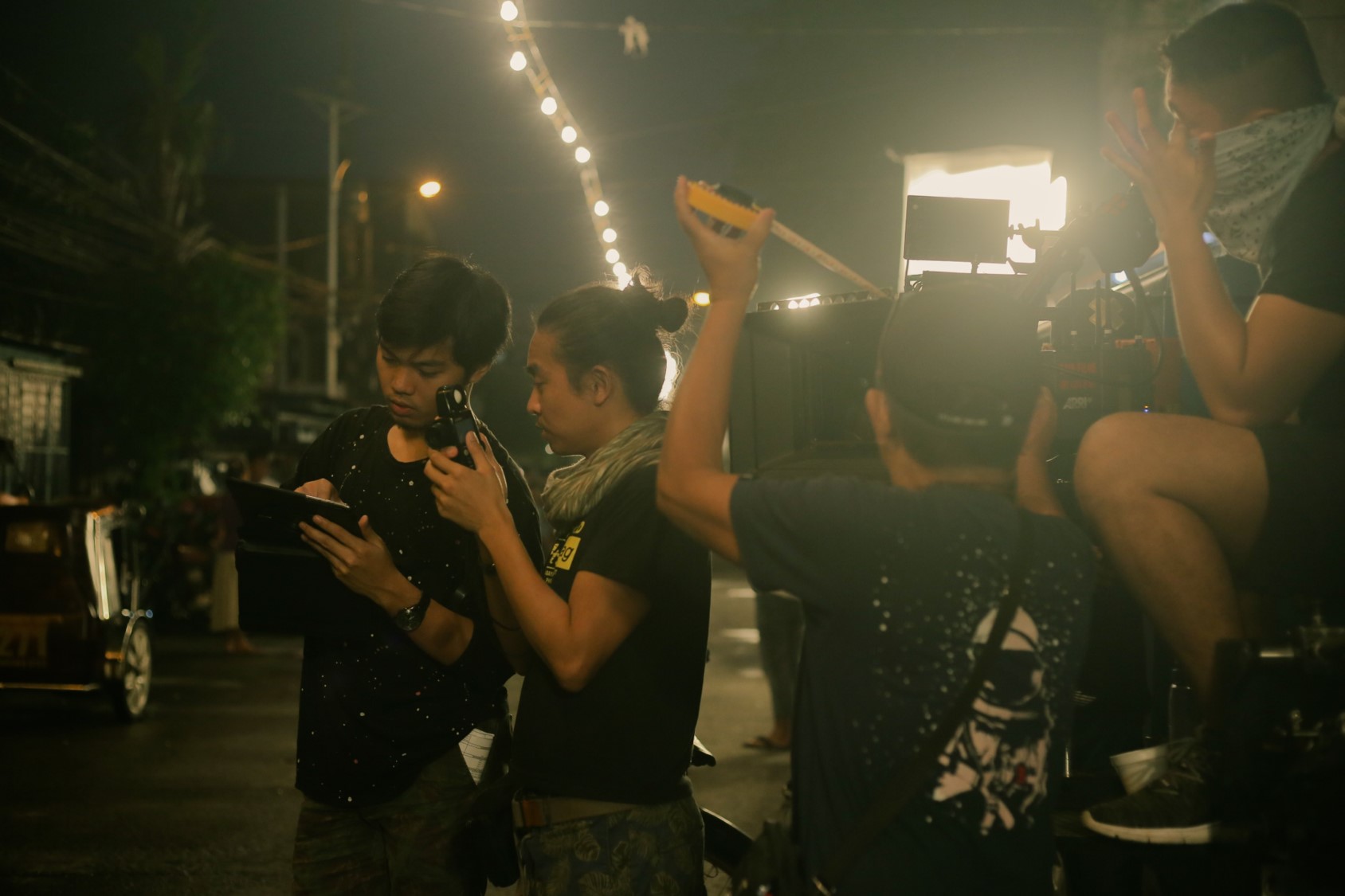 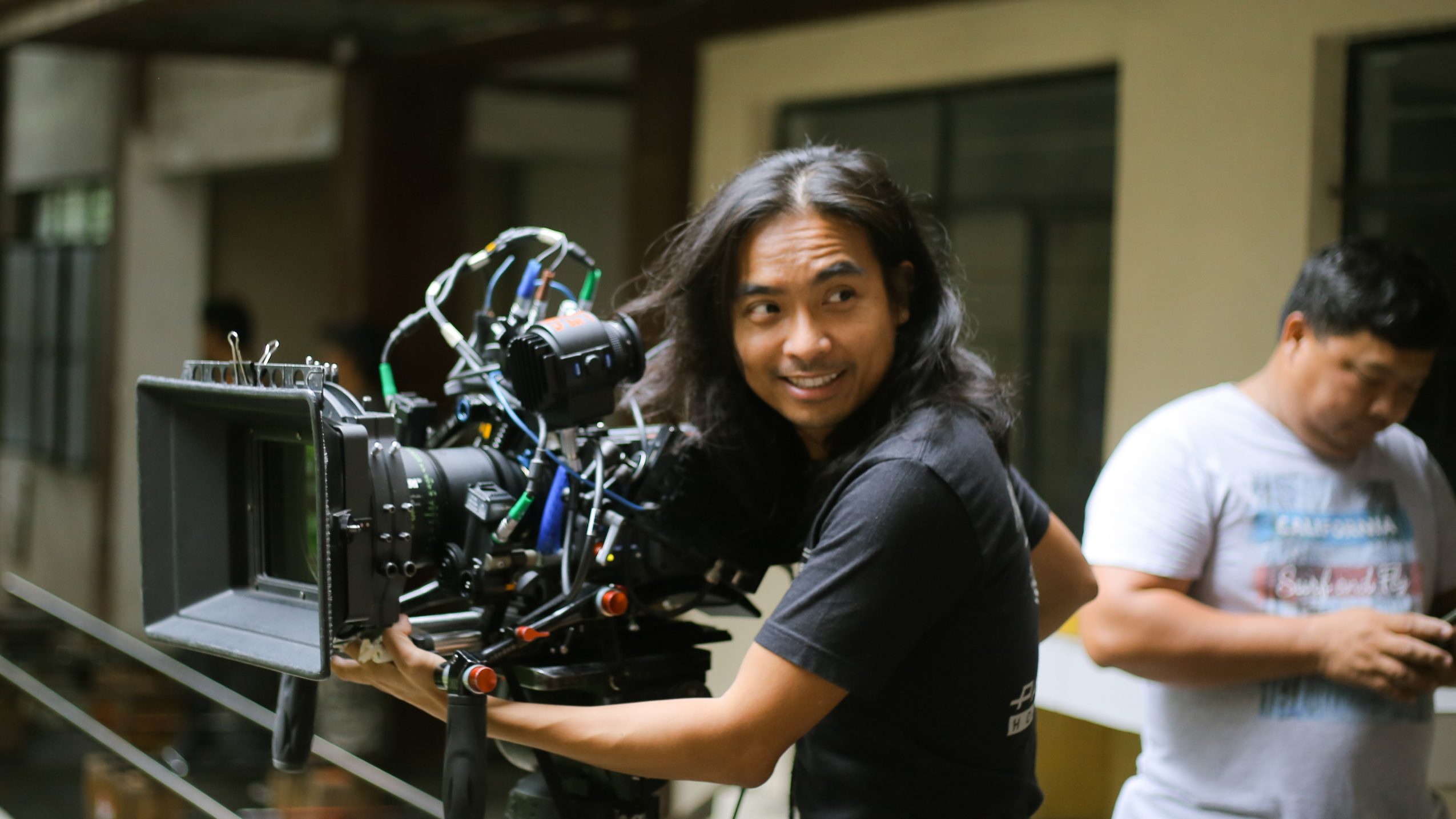 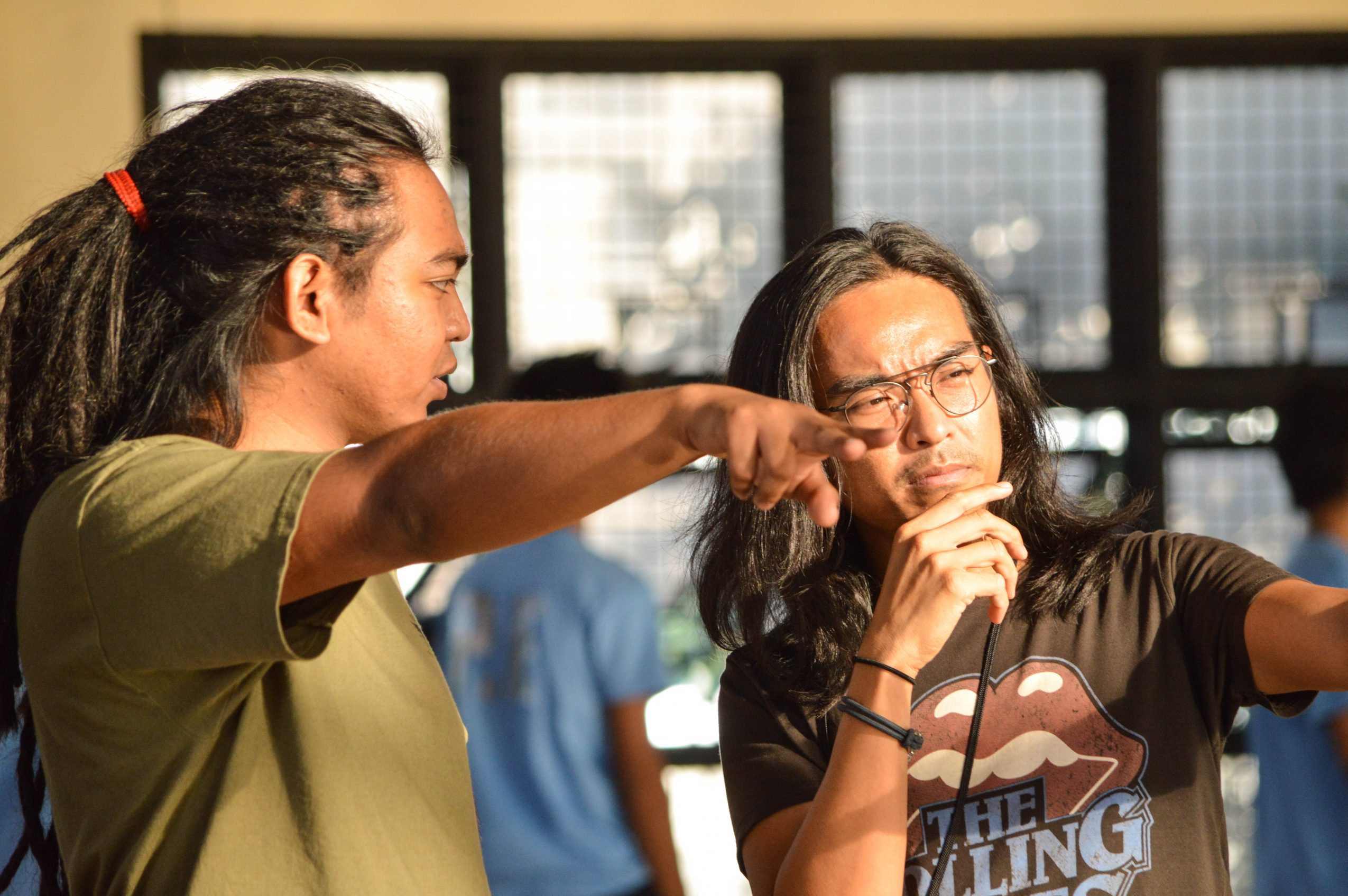 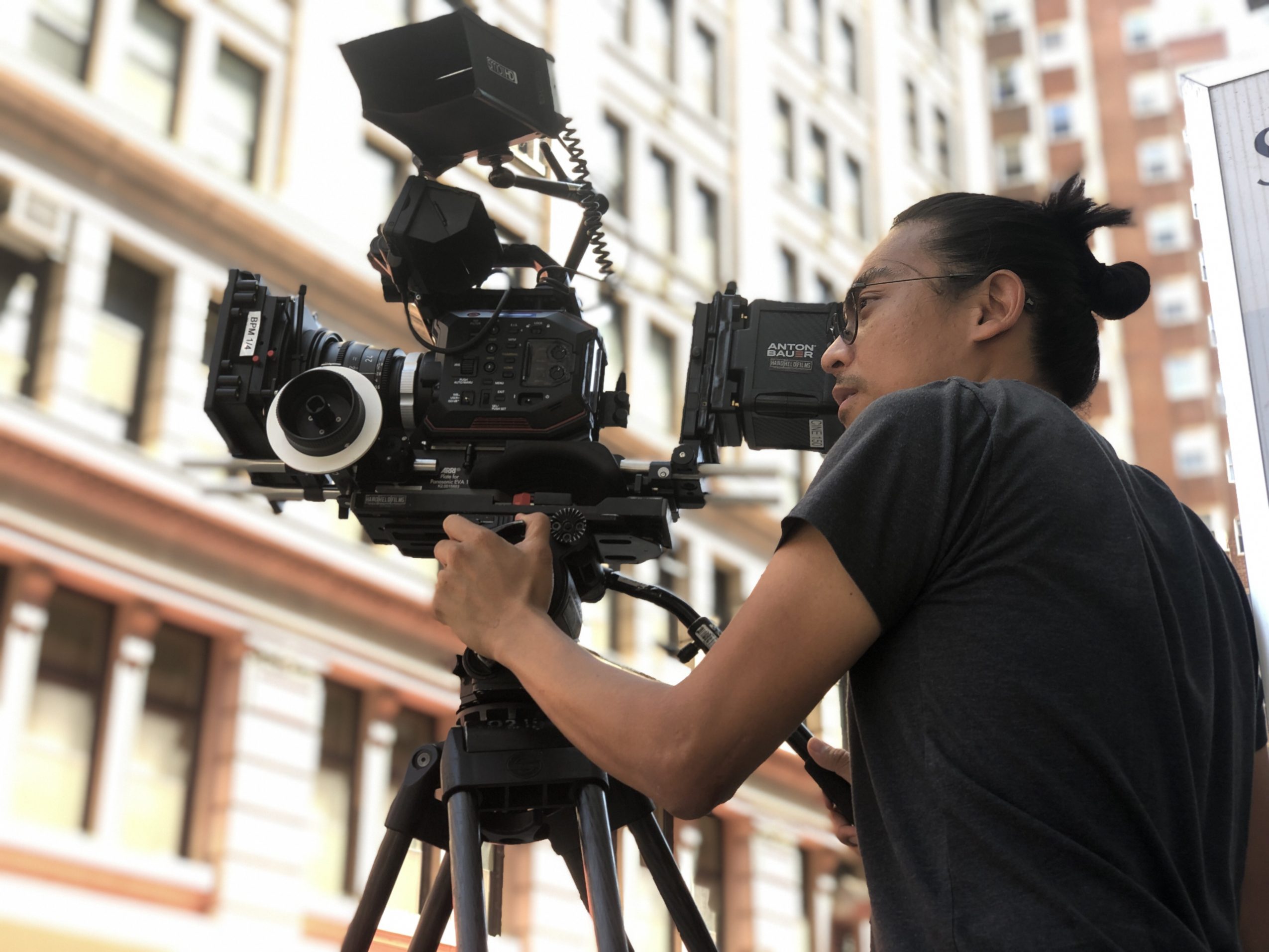