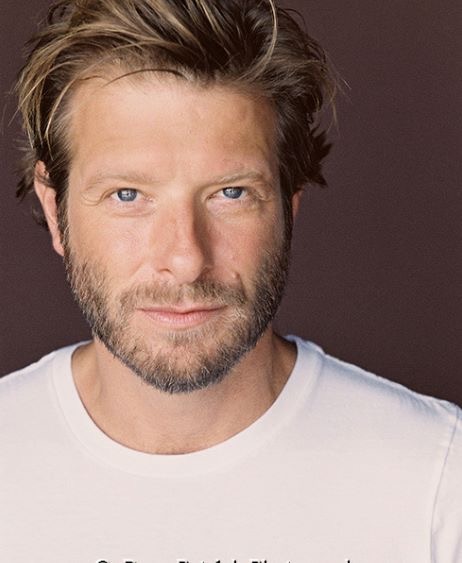 Today we’d like to introduce you to Christopher Sweeney.

Christopher, let’s start with your story. We’d love to hear how you got started and how the journey has been so far.
I guess the best place to start would be the day I walked into the Marine Corps recruiter’s office. It was during the summer after my Junior year of High School. To my recollection, I was a restless teen in search of a challenge greater than my life had thus far presented to me. The product of a broken home and an earlier wrestling injury that rendered me unable to compete athletically for the duration of my high school years. I desperately needed to do something outrageous, to fill the void, that placed me far from the madding crowd of the typical teenaged beer swilling, soon to be, frat-boy/sorority-girl University students. Ironically I chose to be among the ranks of the few, and the proud of The United States Marine Corps.

I had always been a creative child; talent shows, band, drawing and dreaming; but the notion of being an artist never crossed my mind. My fundamentalist Christian upbringing taught me that the title of artist reeked of pretension and was thought to be a distraction from faith itself. It wasn’t until I was shipped to Camp Le Jejune, NC to begin my Fleet Marine service that I started feeling this nagging sense that something was sorely missing in my new life. That radioactive creative nugget that dwells in the hearts and psyches of, I believe all artists, began to dangerously decay. I began alienating myself from my comrades in more ways than one.

As much as I wanted to exemplify myself I hadn’t the maturity to do so in a positive way, but rather by shirking authority and taking risks that were a threat mostly to myself. I once, while in Kuwait after the Gulf War had ended and my unit was waiting to return Stateside, consumed a copious quantity of smuggled bourbon and stole a Humvee from the motor pool with two other leery yet credulous comrades. Somehow, we made it through four checkpoints and drove north to the devastated Kuwait City airport where, on a lone payphone sprouting from the rubble, I racked up a $300 calling card bill to the States. Had we been caught, courts-martial would have promptly followed.

I needed to be a man apart and it doesn’t take a dynamic imagination or a deep understanding of the military life to realize what a slap in the face to the notion of a “band of brothers” such hell-bent behaviors might be. However, what it did for me was turn me into a highly proficient and effective combat Marine; I took the mantra, “improvise, adapt and overcome” quite literally.

A few short years later, after an Honorable discharge; having traveled to more than fifteen countries; receiving a medal for valor in combat that aroused in me more anger than pride, I was enrolled in a Political Science program at The University of Washington. I was the front man in a fledgling rock band and I had taken my first acting class, which was a revelation of what and who I was as a person. The stage allowed me to express all of my societal rages and basically lose my mind with impunity; incredibly cleansing! By 1996, at the behest of a Graduate Theater professor, I was on the road to Los Angeles in a VW bus that for the past year had served as my humbly mobile home.

For the first five years in LA I floundered as an “actor” while making a meager income in the restaurant industry (I’m now the restaurant Wine Ambassador at Crossings Restaurant in South Pasadena). It wasn’t until I met my future wife, Sarah Sorrell, that I began shifting gears into a hyper-creative mode. This wonderfully insightful woman had managed to convince me that I talked… a lot, but produced little. The proverbial boot in the ass and no bullshit love was exactly the tonic I needed.

Although I am never fully satisfied with my rate of artistic output, I’m proud to say that in recent years I have continued to make films, both short form and feature; one feature film that I am particularly proud of, Neither Wolf Nor Dog, adapted from the Minnesota award-winning novel by Kent Nerburn, was the most successful independently distributed film in 2017. To the credit of an amazing cast and the indefatigable Director/co-writer and distributor Steven Lewis Simpson, the film has had extended runs in over 150 theaters in the US and Canada and it’s still going strong!

Neitherwolfnordogfilm.com. I have acted in numerous theater productions and continued to produce and sell my paintings. And, not being the typical commercial type, I’ve managed to act in well over 30 national commercials. Oh yeah, I also write poetry.

We’re always bombarded by how great it is to pursue your passion, etc – but we’ve spoken with enough people to know that it’s not always easy. Overall, would you say things have been easy for you?
Smooth roads make for sleepy drivers. To hell with smooth roads and placid waters! One very important thing that I have learned over the years is that nothing worth learning is done so without struggle and failure first. I witness so many people who are immobilized, belittled and shamed by their failures. It’s quite sad actually. We all have such immense potential to do great things if we only just learned how to get out of our own way. I know there are some that might criticize me and say that I was born into privilege so I have a very skewed perspective; criticize away and understand it does neither of us any good. All I can focus on is being the best human being that I possibly can. That includes getting my own duckies in line so that I am healthy and capable of helping others through their own struggles.

When I returned from the first Gulf war I was nagged for years with the haunting feeling that what I had done, in the line of duty, was just short of criminal. In retrospect what I was probably suffering from was an undiagnosed case of post traumatic stress. The only recourse I could imagine was to hurl myself into some sort of creative endeavor; any sort of creative endeavor I could conjure up, in hope of balancing out the destructive things that I had partaken in. I am in no way saying that serving your country and being called into the line of fire is an immoral act under prudent circumstances. I just had my own personal qualms with why we were fighting that war in the first place.

What I found fascinating was that almost no one was interested in carrying on a dialogue that was even open to the notion that I might have had a valid point. I find it rather ironic that I was the one who fought but wasn’t entitled to my own opinion in the eyes of some, or version of the events that took place. Warring societies need their heroes.

Without them, there is no absolution. I’ll shut up about that subject but do yourself a favor and read or re-approach the Shakespearean and Greek tragedies.

So let’s switch gears a bit and go into the United States Artists’ Alliance story. Tell us more about the business.
USVAA is a nonprofit dedicated to integrating veterans into the arts of all disciplines.

Contrary to popular belief the veteran community is extremely resourceful, loyal and innovative. Military indoctrination alone teaches a person how to improvise, adapt and overcome obstacles, which is exactly what being an artist entails. Keith Jeffreys, the founding director, has dedicated so much of his life to countless veterans at every level of talent.

The work that he has brought to me alone in the form of visual art shows, staged readings, full length plays and public speaking engagements is quite remarkable. Aside from the work, he’s just a great friend to have and extremely broad-minded. I have worked with Keith and the organization for the better part of the last decade.

Has luck played a meaningful role in your life and business?
Luck can be a dangerous intoxicant that serves to distract the artist from the one thing that is truly indispensable, the work. It is often invoked by many artists of a household name as a cute form of false humility and self-deprecation.

When you drop a nickel in a parking meter and it gives you an hour, that is luck. When you work your ass off for more than a decade and you land an acting gig or sell a painting, that is just perseverance. Good luck with hollow dreams and outrageous expectations! 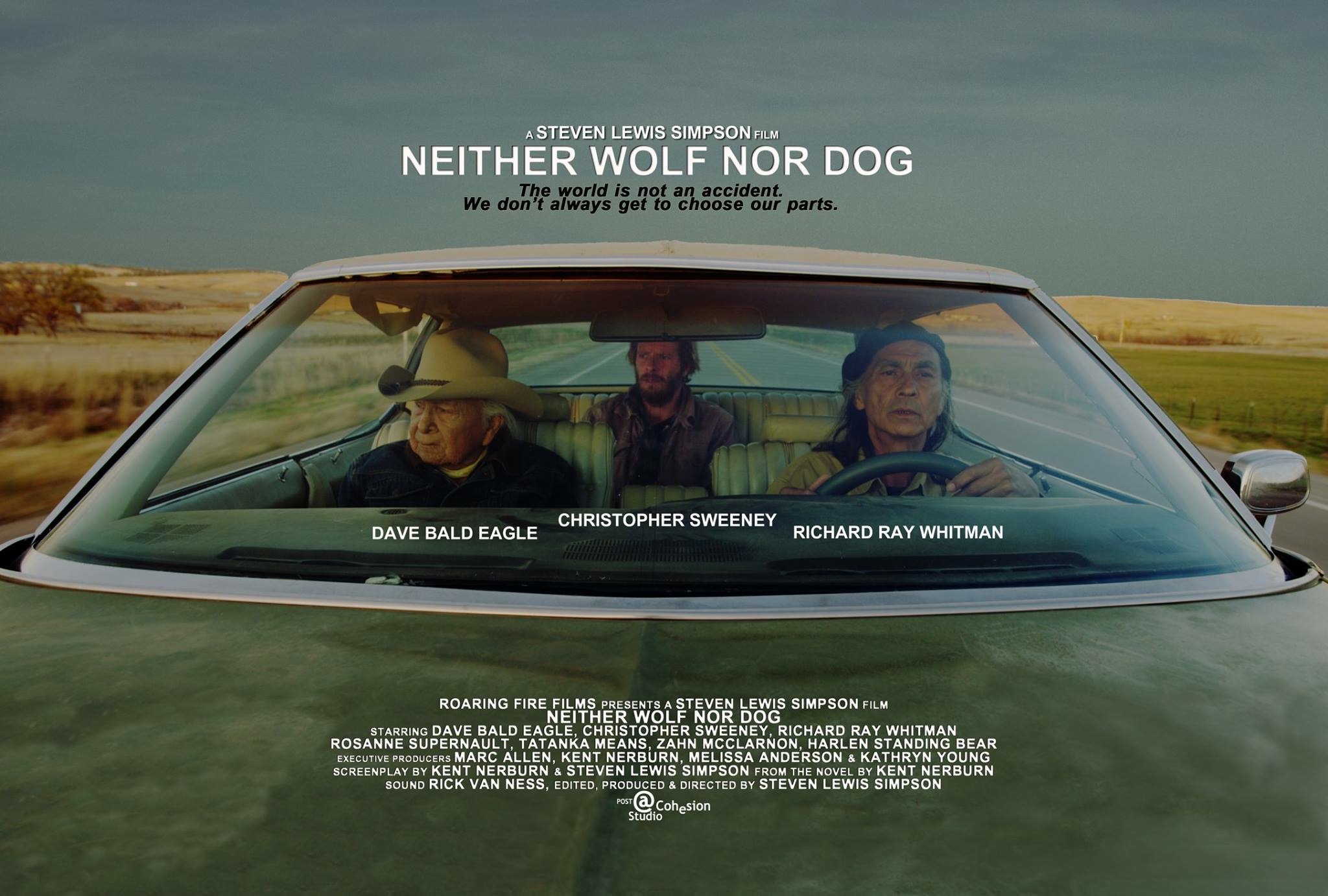 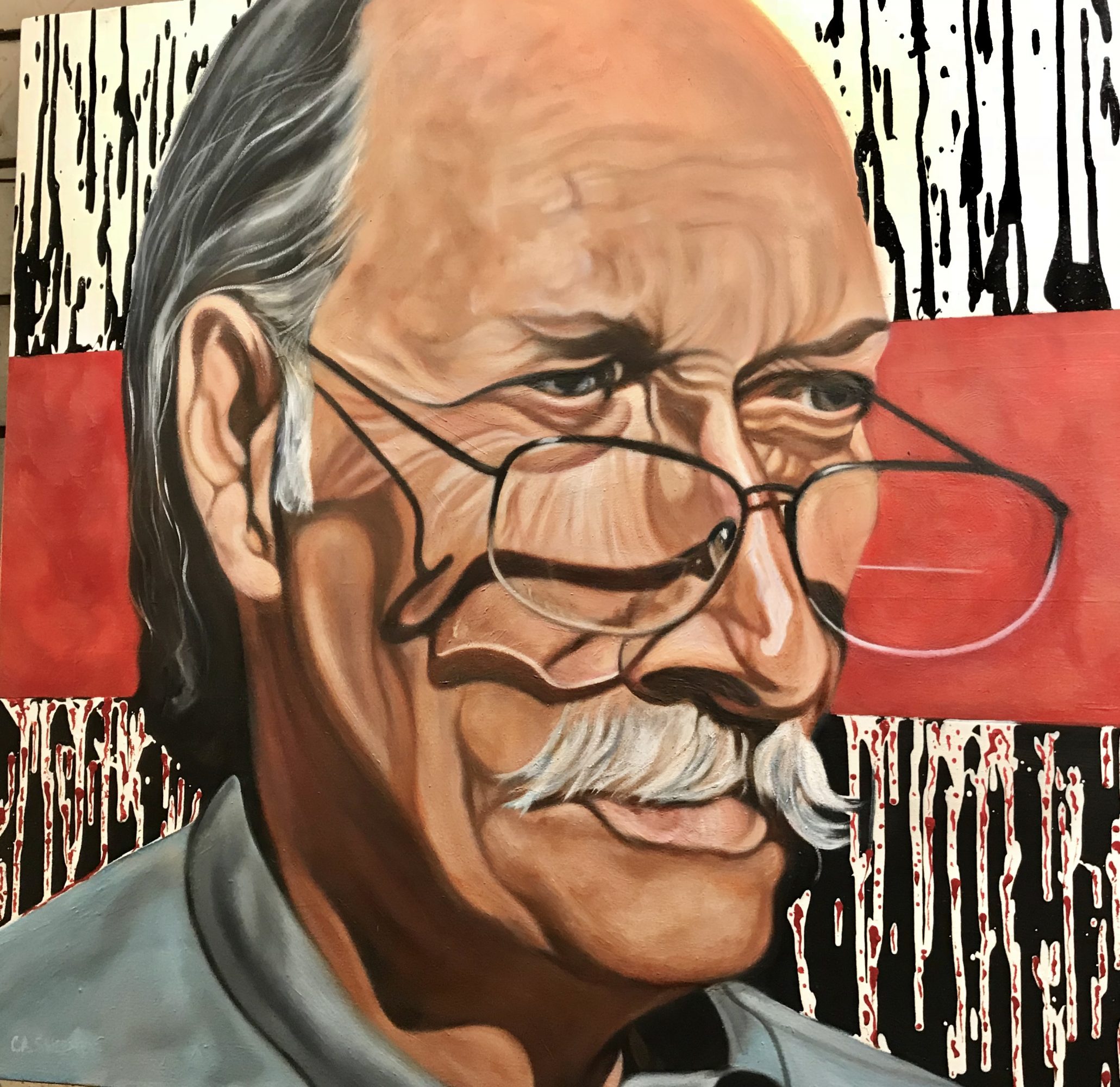 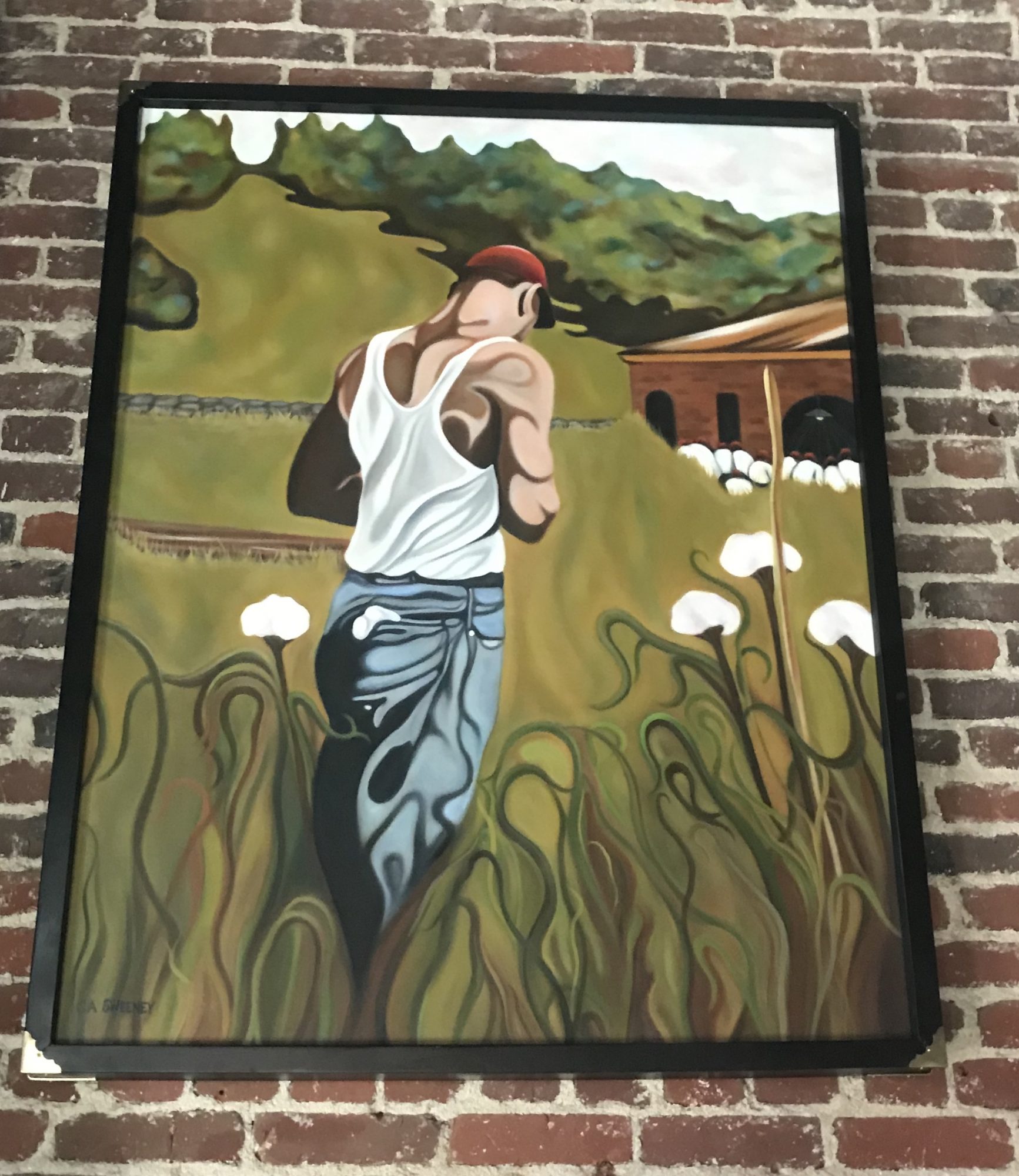 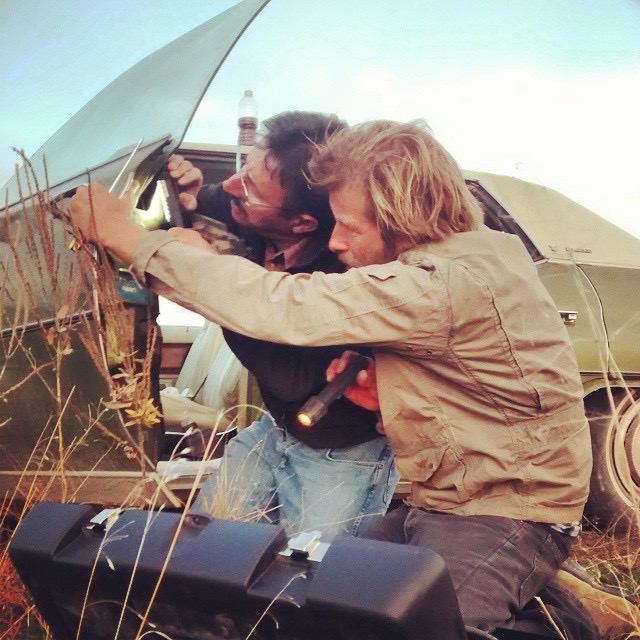 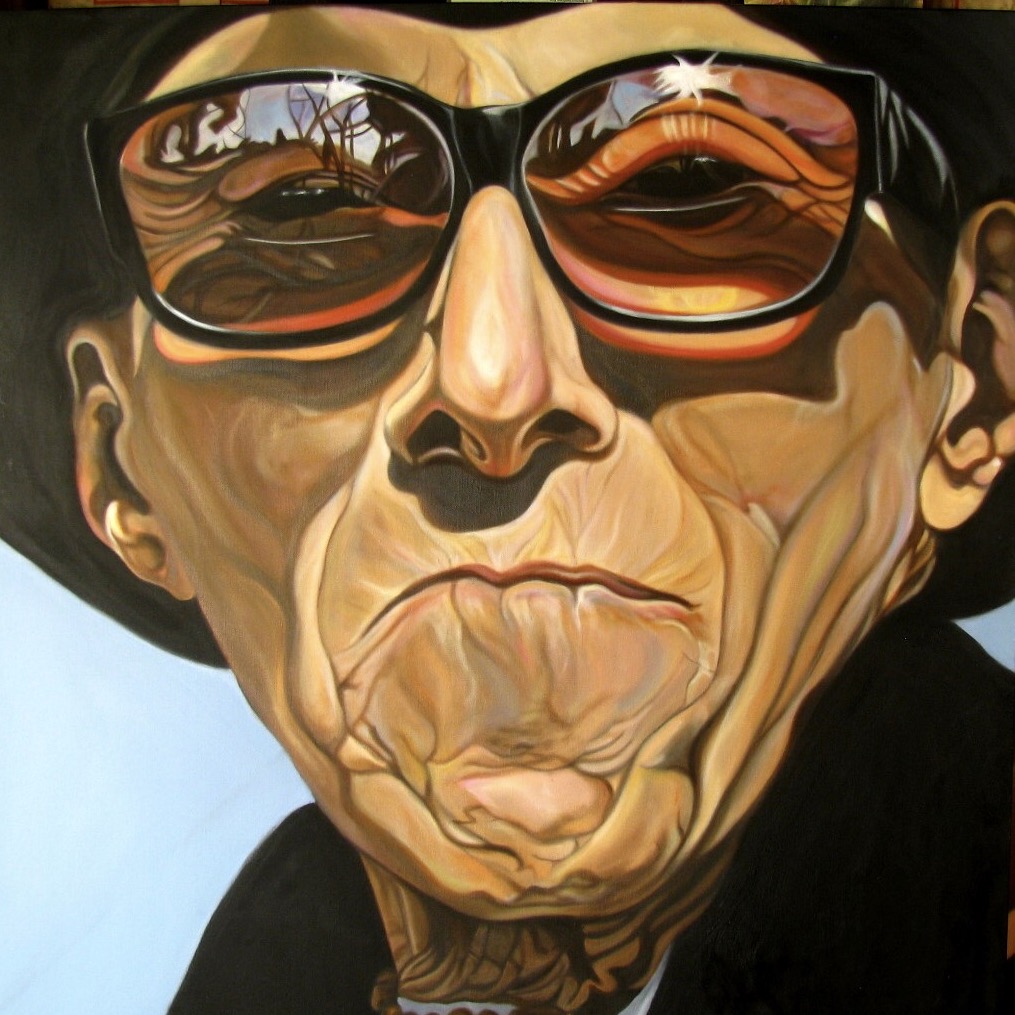 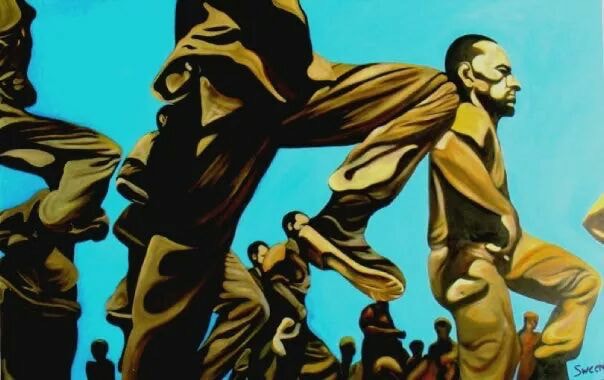 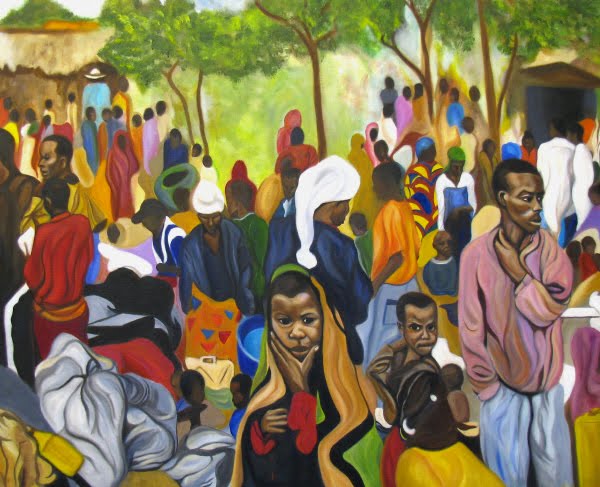 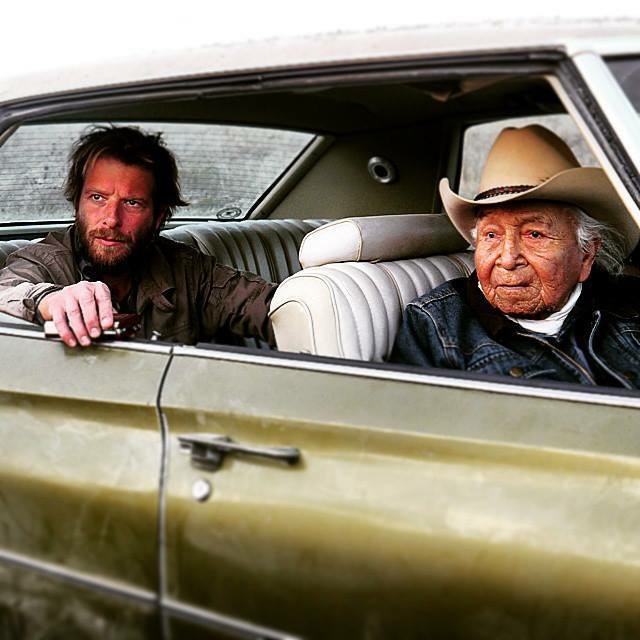 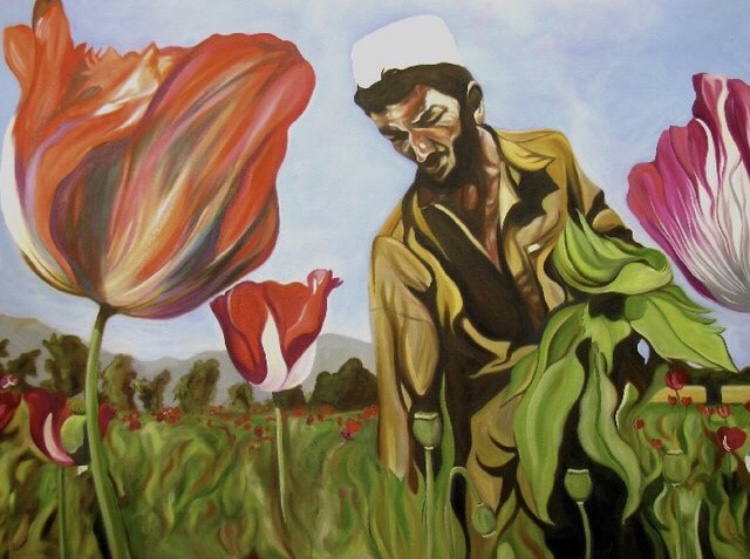