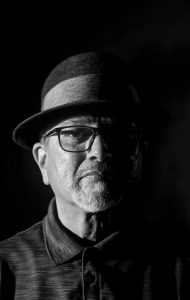 Today we’d like to introduce you to Christopher J Garcia.

Hi Christopher, it’s an honor to have you on the platform. Thanks for taking the time to share your story with us – to start maybe you can share some of your backstory with our readers?
I’m a freelance photographer from Los Angeles CA, and primarily focus my talents on documenting music festivals, cultural events, and theatre productions.  I started playing the trumpet in the fourth grade and learning to play an instrument at an early age has helped me to appreciate all types of music. If I had to select one form of music that I liked most, I’d always have to select jazz. I’ve been a devoted jazz fan, since my youth, when in grade school, I participated in a jazz ensemble, formed by fellow students. We were a group of six graders performing independently from our traditional band and orchestra assignments. We experimented with improvisation and syncopated rhythms at this early age. It was an amazing experience.

I continued with music through middle school, and even attempted the French Horn.  In high school, I was curious about  photography, and enrolled in classes.  It became my passion. I still love jazz, but because of my commitment to photography, I no longer play, but document performances with my camera.

In Los Angeles, I’ve had the opportunity to photograph performers such as the Clayton Family, Barbara Morrison, Ernie Andrews, Tamir Hendelman, and Poncho Sanchez to name just a few.

I strongly believe that it’s important to capture images of today’s musicians and remain committed to documenting and preserving jazz.  I hope, that through my photography, the viewer can not only see my images, but hear the music.

My photography journey has been somewhat of a rollercoaster ride. My earlier years as a student photographer, I was led to the iconic Olympic Auditorium in Los Angeles. I was taking classes at LA Trade Technical School at the time, and the Olympic Auditorium was directly across the street. One Thursday morning after class, I noticed there was group of people standing outside of a huge open door.  I curiously walked over to investigate, and discovered they were weighing in boxers for that evening’s bouts. I had my camera over my shoulder, and a guy asked me if I was a photographer. I simply held up my camera and answered “yes.”  He sent me upstairs to an office to get a press pass from one of the managers. For me at that time, it was a very nostalgic experience.  The characters associated with the auditorium reminded me of tough guys right out of movies from the thirties and forties. My experience photographing boxing at the Olympic, was very colorful to say the least. I was assigned to take photos for one popular boxing stable. Manager, Bennie Georgino had several up-and-coming boxers at that time, as well as Feather weight Champion Danny “Little Red” Lopez. I had the opportunity to photograph boxers Danny Lopez, Oscar Muniz, Alberto Davila, Jaime Garza, Herman Montes, and John Montes. The Olympic could be a wild place at times, and often, there’d be some pretty good fights in the crowd. Fortunately for me I would photograph the fights from an elevated loft. I’ll never forget the first night I climbed into the loft. I was at least twenty years old at the time. I was met by two other photographers. One from the Los Angeles Times and the other from the Herald Examiner.  Los Angeles had two major newspapers at that time. The Herald Examiner stopped its’ presses in 1989. These seasoned photographers shared tips of the trade with me. They explained their techniques for capturing images in the dark, smoke-filled environment of the Olympic, as well as how to properly development the film. My tenure with photographing boxing, lasted about a year, and never prospered after that. It wasn’t until recently, when I reached out to boxer Merman Montes, that I discovered that one of my boxing images captured during that time, was published and is on the cover of a book. My image is on the cover of Arcadia Publishing’s 2014,  Images of America / Mexican American Boxing in Los Angeles. I was able to contact the author, Gene Aguilera and confirmed that the “unknown” photographer of the cover photo was me. I now have been credited with the  cover photo for all future printings of the book.

There was a period that my photography “hobby” was placed on the back burner, due to my focusing on marriage and family.  I always remained interested in photography, but as we started to enter the digital era, I boycotted photography for a period.  I simply couldn’t accept digital images as photography. Well, technically they’re not.  It wasn’t until I was given a small digital camera as a gift, that I experimented with digital images. Ultimately, I purchased a digital DSLR, and I experienced a creative Renaissance, as I did when I was first introduced to photography.

In recent years, I’ve been a lot more active with my photography. I continue to enjoy all musical forms, but I’ve had the opportunity to photograph various jazz events and festivals. This was initiated when my good friend, Helen Borgers, a very well known,  jazz radio personality, opened some doors for me. Media Credentials are hard to come by, but with them you have access to areas, where the general public are not allowed. Even with credentials there may be areas that you’re not allowed enter, but when I must have to have “that shot,” I’ll take a risk to get what I want. Security will always give you a warning, but at times like this,  it’s always easier to ask for forgiveness than to ask for permission.

As I’ve discussed, my primary focus has always been to capture the musical essence of live performances. During the Covid-19 pandemic, life as we know it came to sudden stop and music events were canceled indefinitely.  My wife and I were stricken by the virus in late 2020, and the recovery process required time patience on our part.  During this time, I was faced with the dilemma of shifting gears, and taking a much slower approach toward my art form.

I became more mindful as photographer and started capturing images “while walking around.”  I let images come to me, as opposed creating images in my mind, and then searching for them. This process inspired me to begin a series of photographs entitled “Morning Walks” which consists of images captured during early morning walks, camera in one hand, coffee in the other.

I also returned to college to further my knowledge of photography. I’ve had the opportunity to learn from professors that are now closer to my age and have networked and collaborated with young students who also have a passion for this art form. It’s been a rewarding experience.

Appreciate you sharing that. What else should we know about what you do?
I worked over thirty years in healthcare, managing Support Services staff. During this time, photography and music was always a distraction from the sometimes-stressful environment of working in healthcare facilities. Managing people requires a unique set of skills, but it’s far from the idea of focusing on things that are much more creative, artistic, and emotionally rewarding.

Any advice for finding a mentor or networking in general?

I mentioned earlier that I had friend who opened doors for me when I wanted to start documenting music festivals.  It is important to remember that “No Man is an Island.”  We all can learn from those around us, and they can help us with our journey. The people we meet have their own story to tell and can often bring a wealth of knowledge and life’s experiences to the table. Surround yourself with people who understand your art and are like – minded as you, because some of your worst critics can be the people in your life, that are closest to you.

I’ve had many conversations with students whose family members just didn’t understand their interest in photography, or the arts in general. Stay the course. Be yourself and do what you love. Ultimately the rewards will follow. If you’re a photographer like me, let the images come to you, and you don’t have wait for a scheduled event.  Simply take a walk with your camera.

Life is an event. Document it! 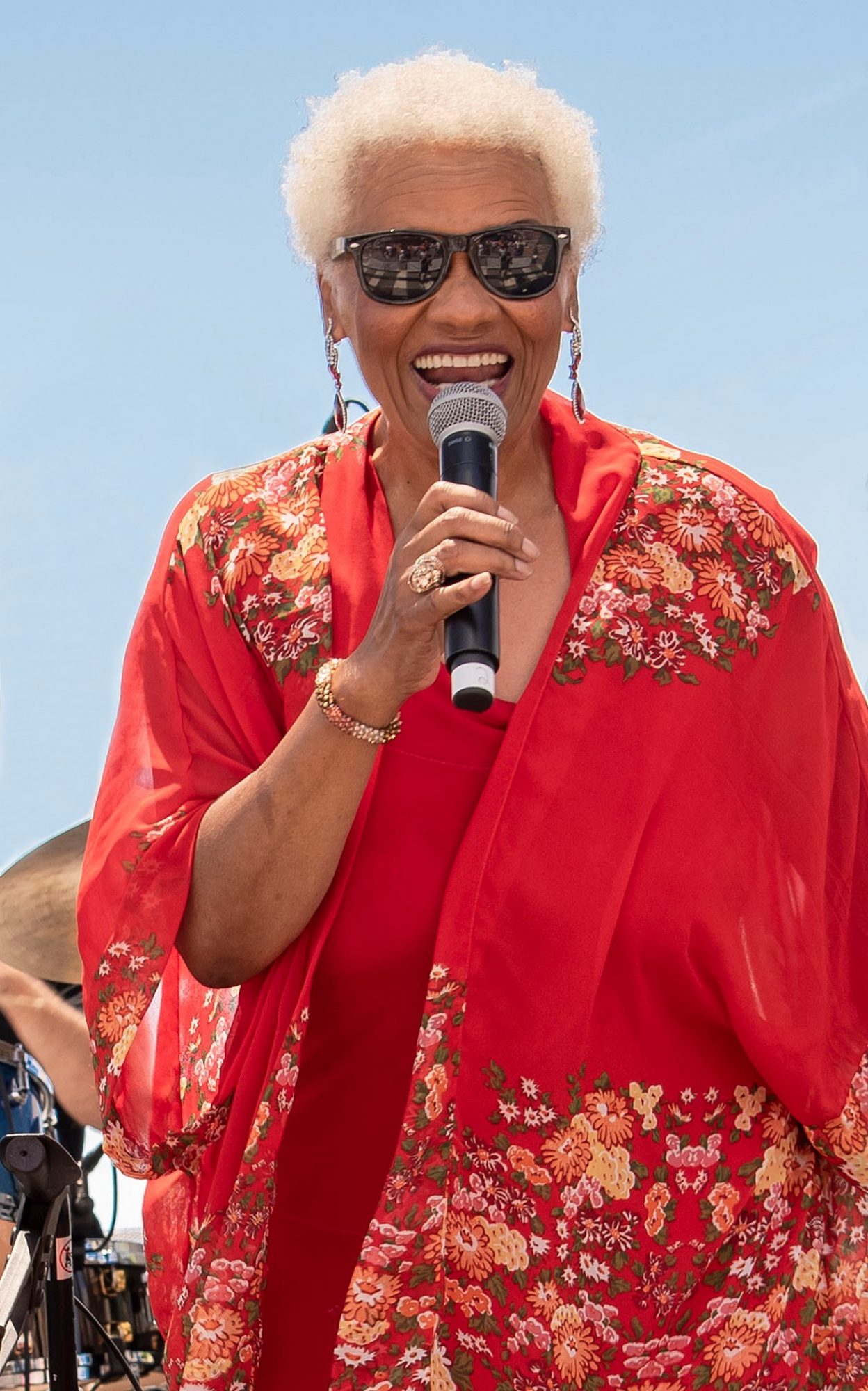 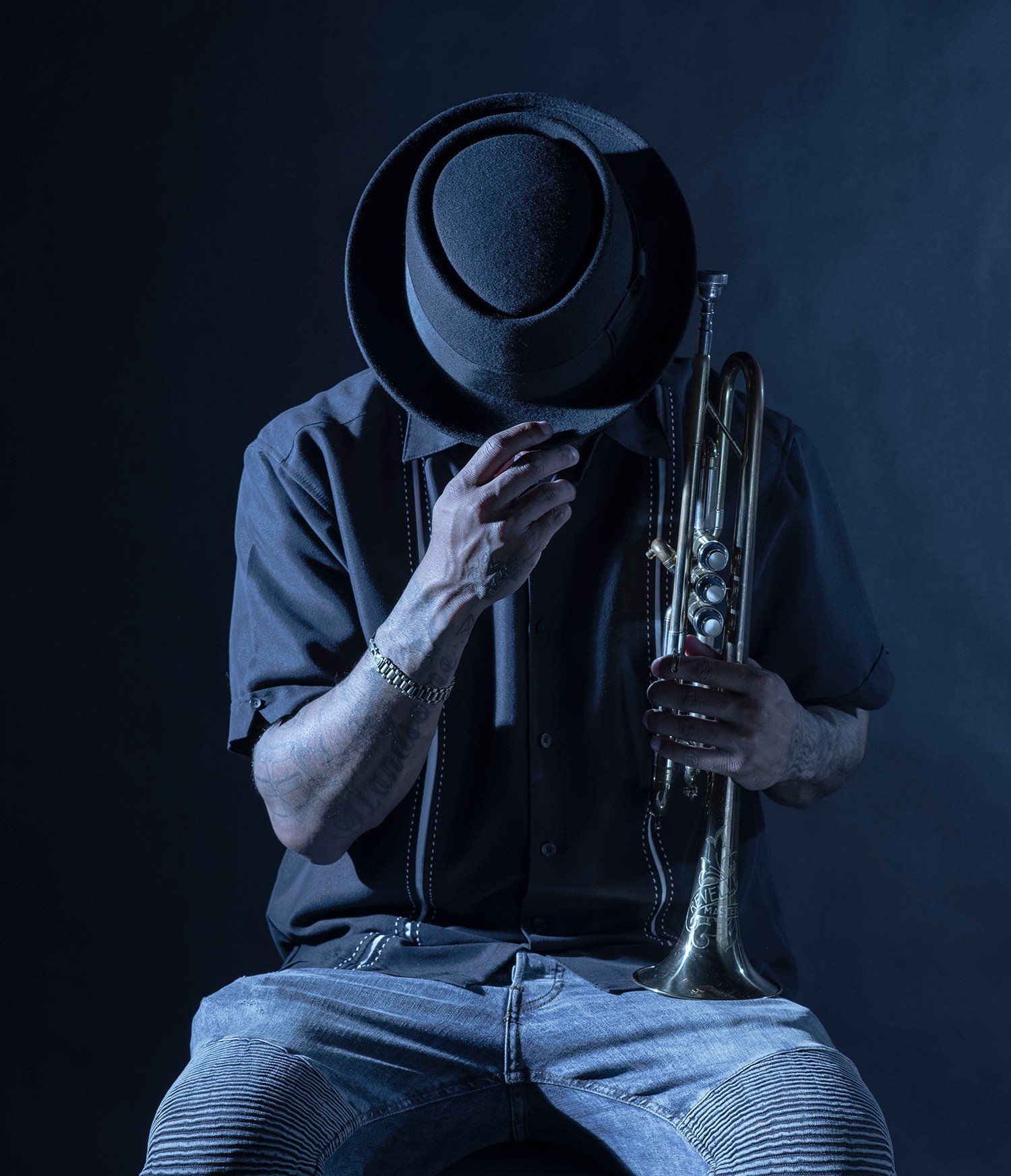 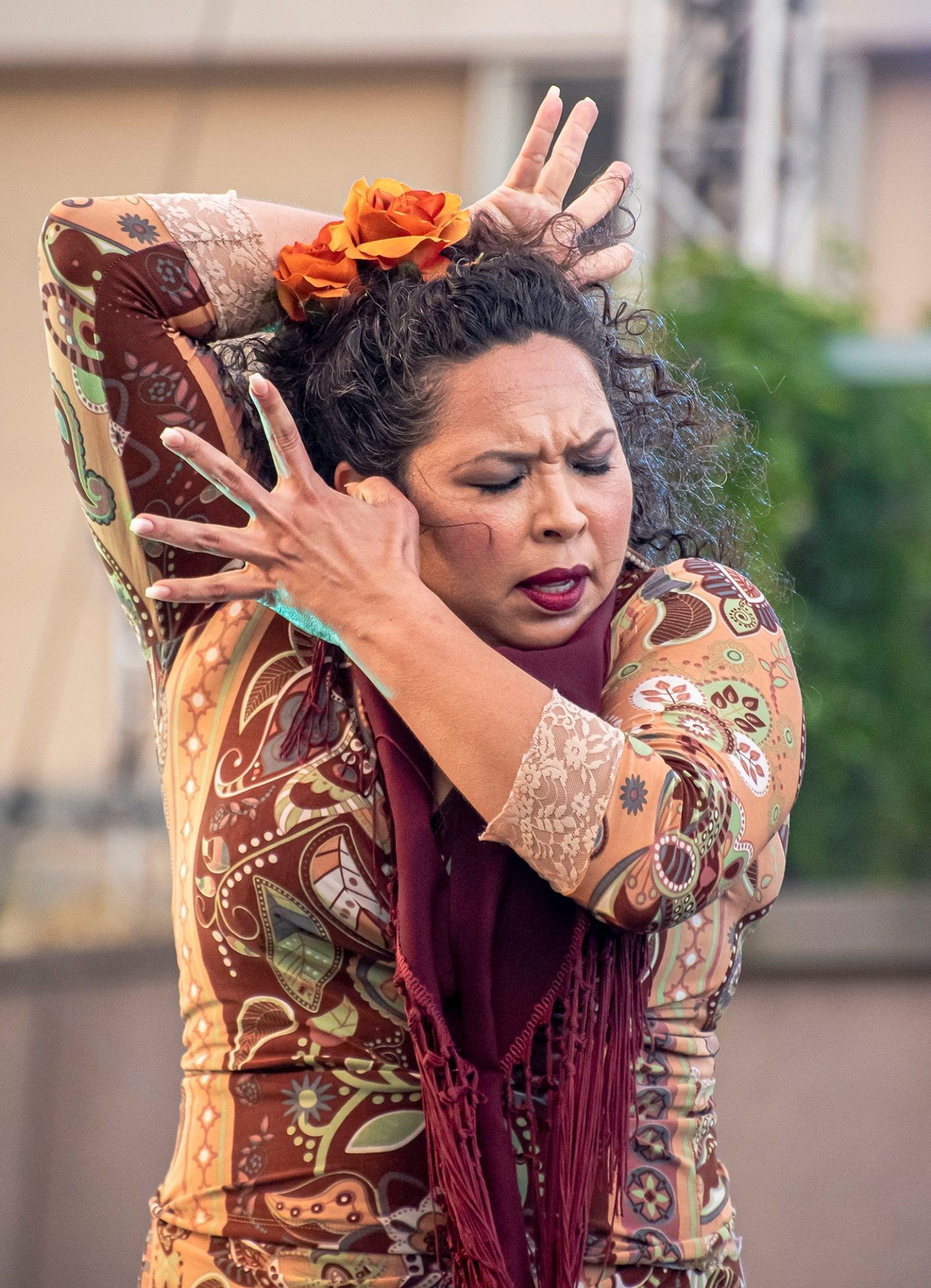 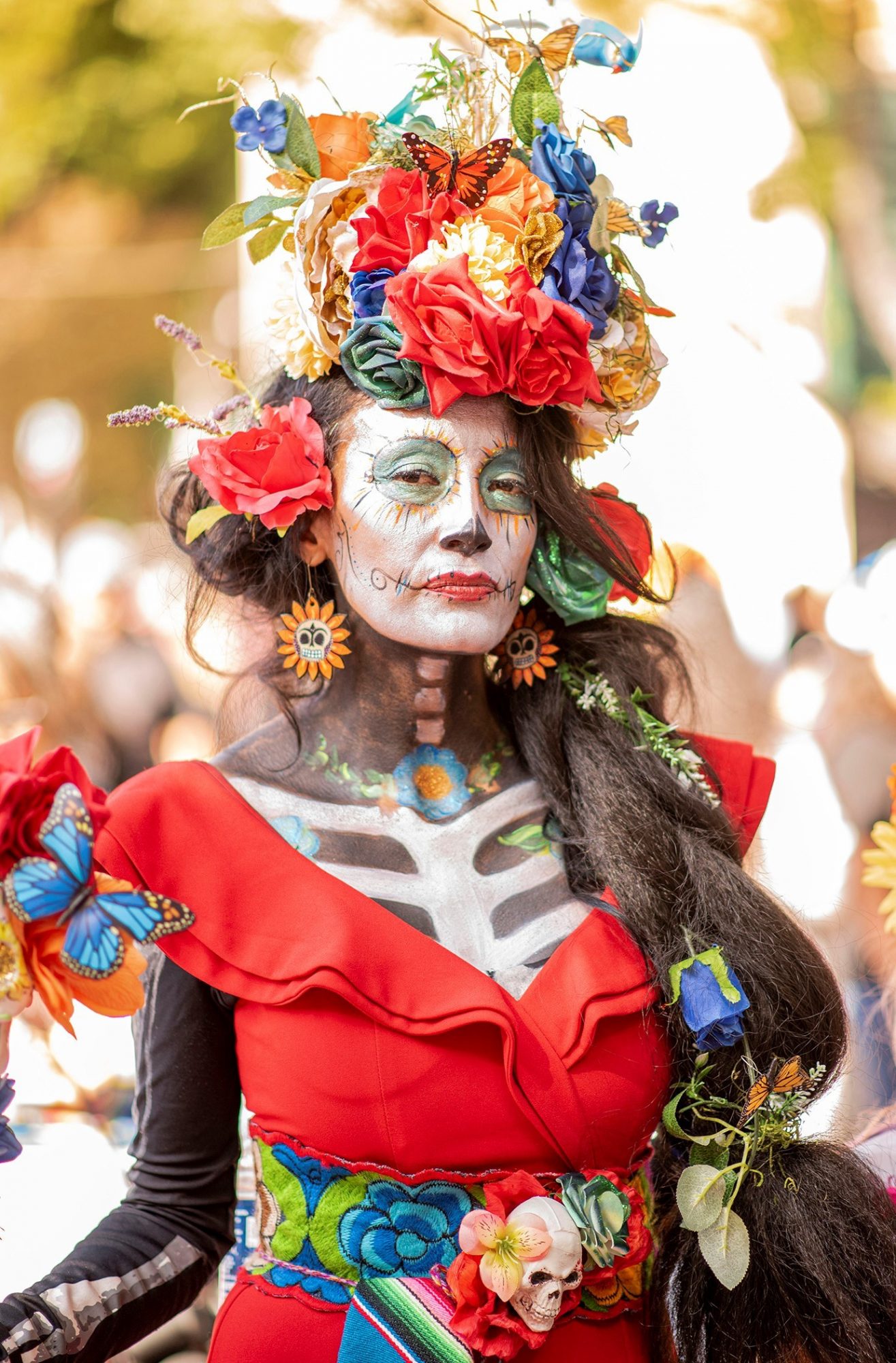 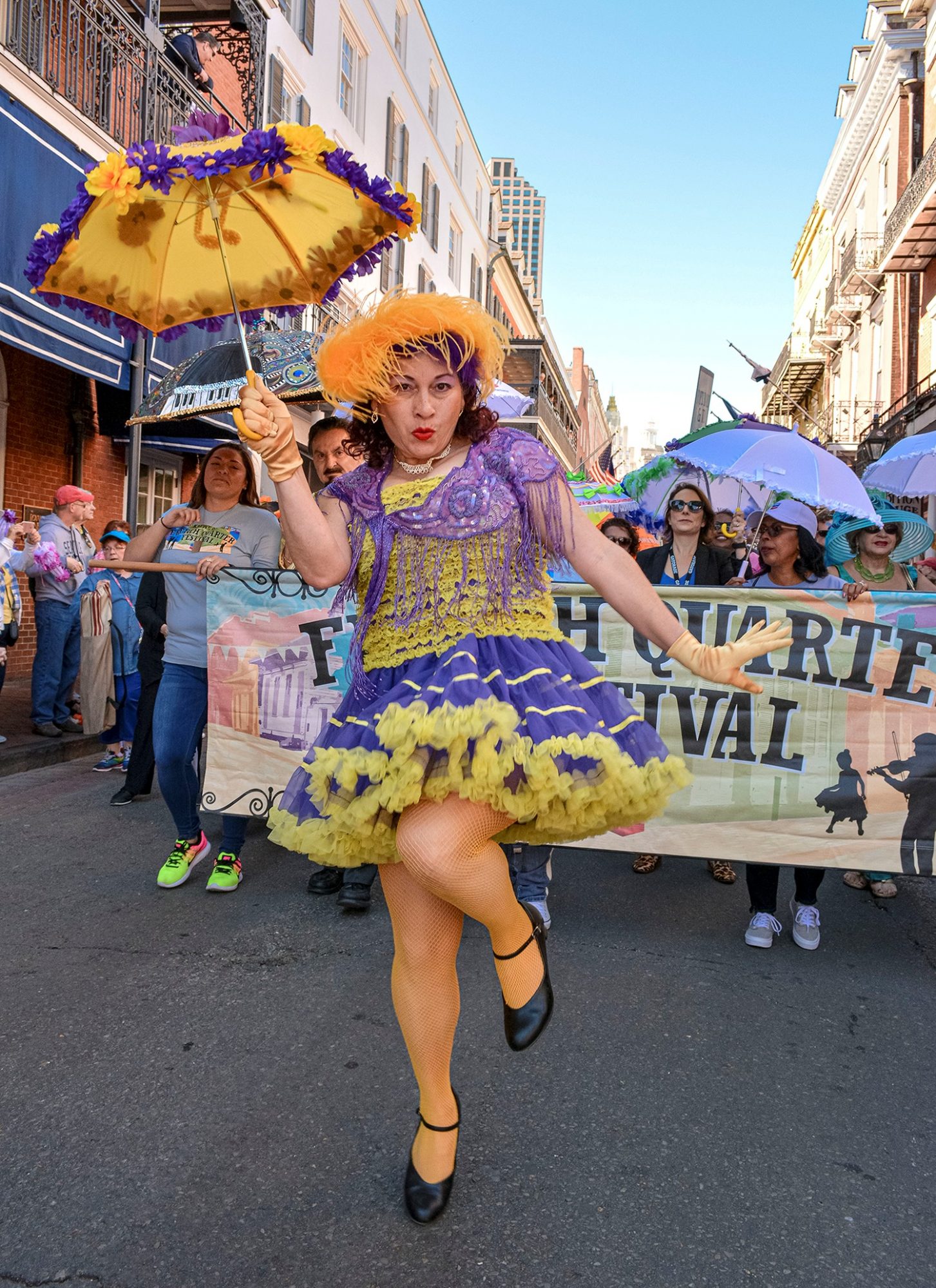 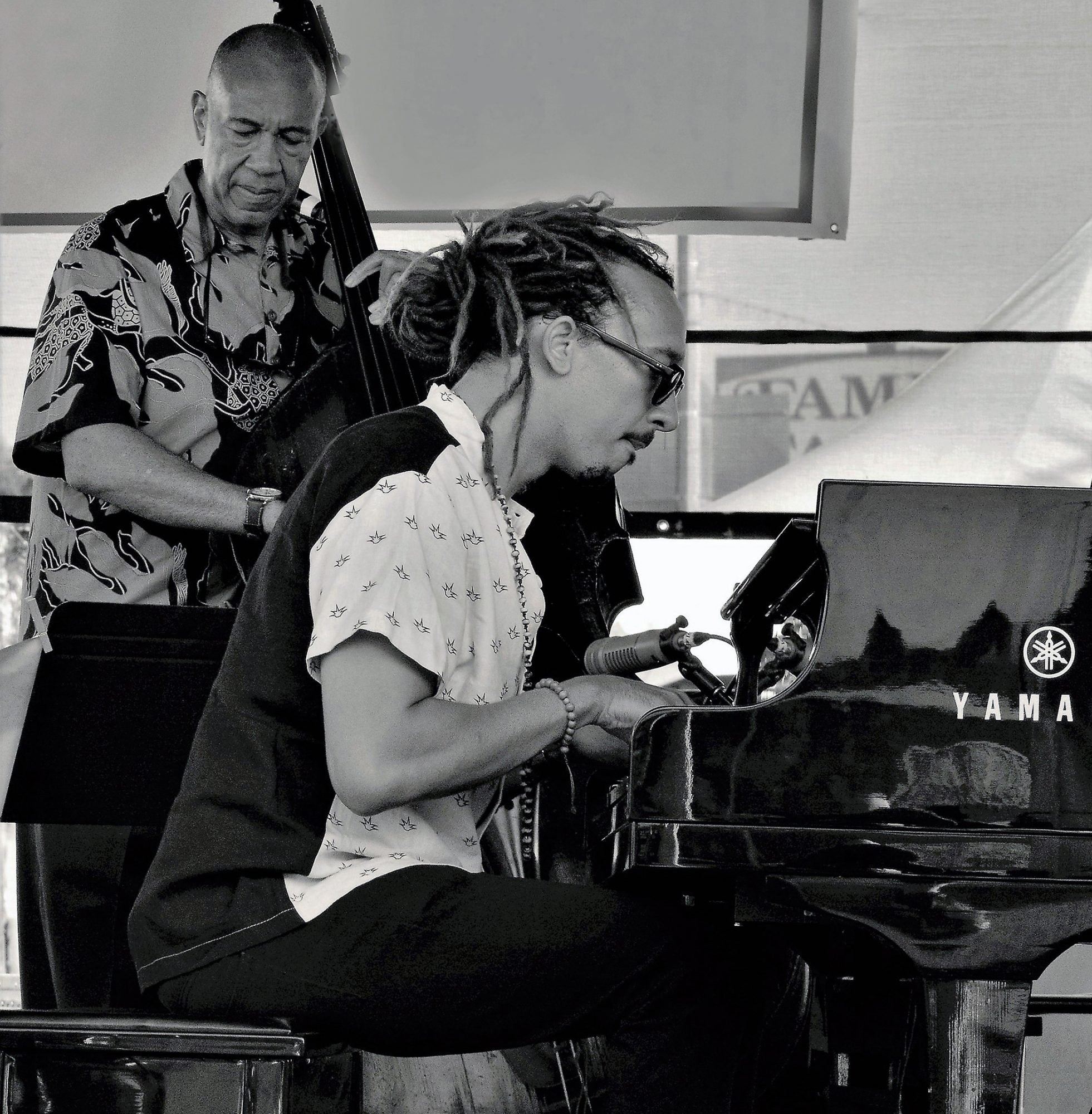 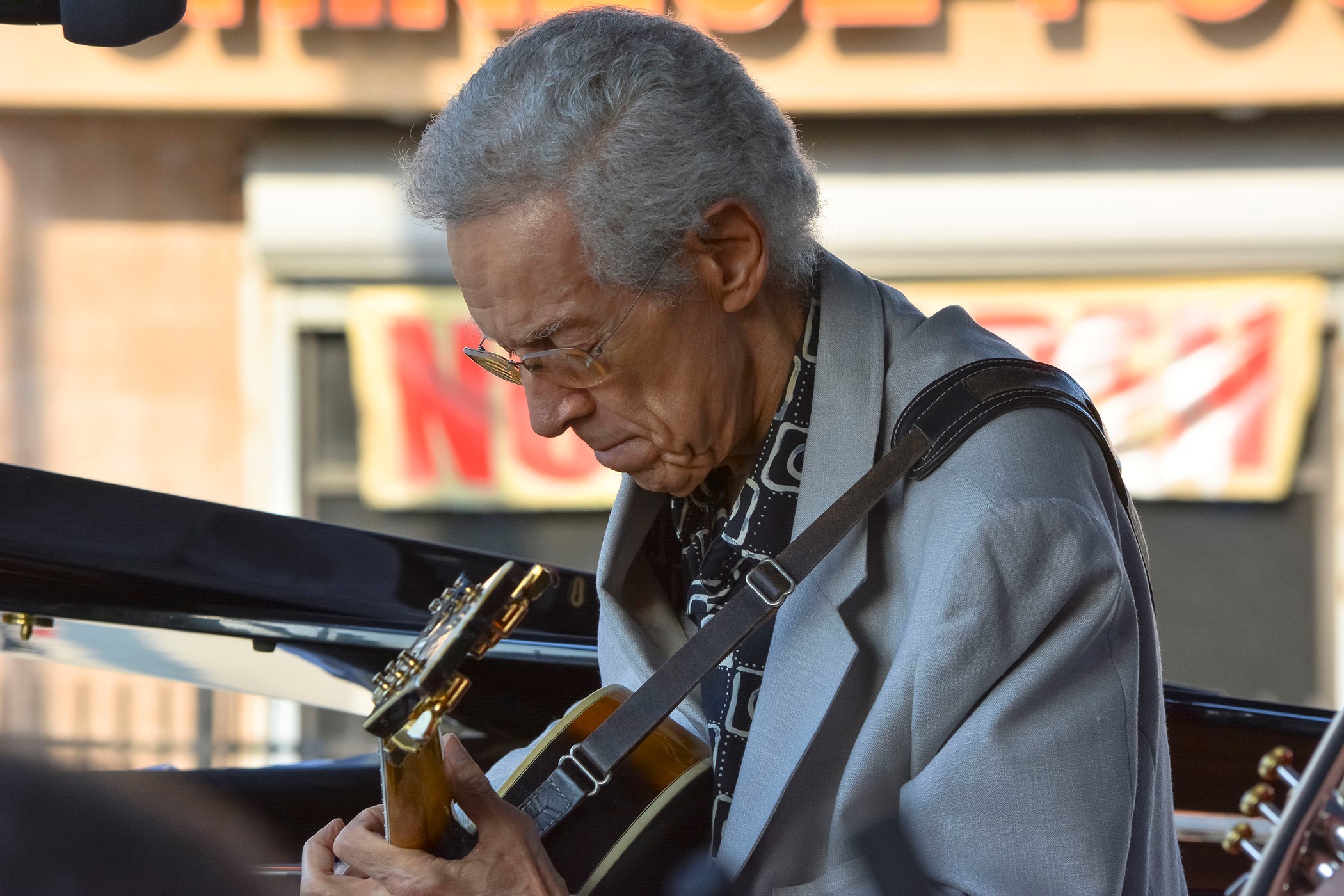 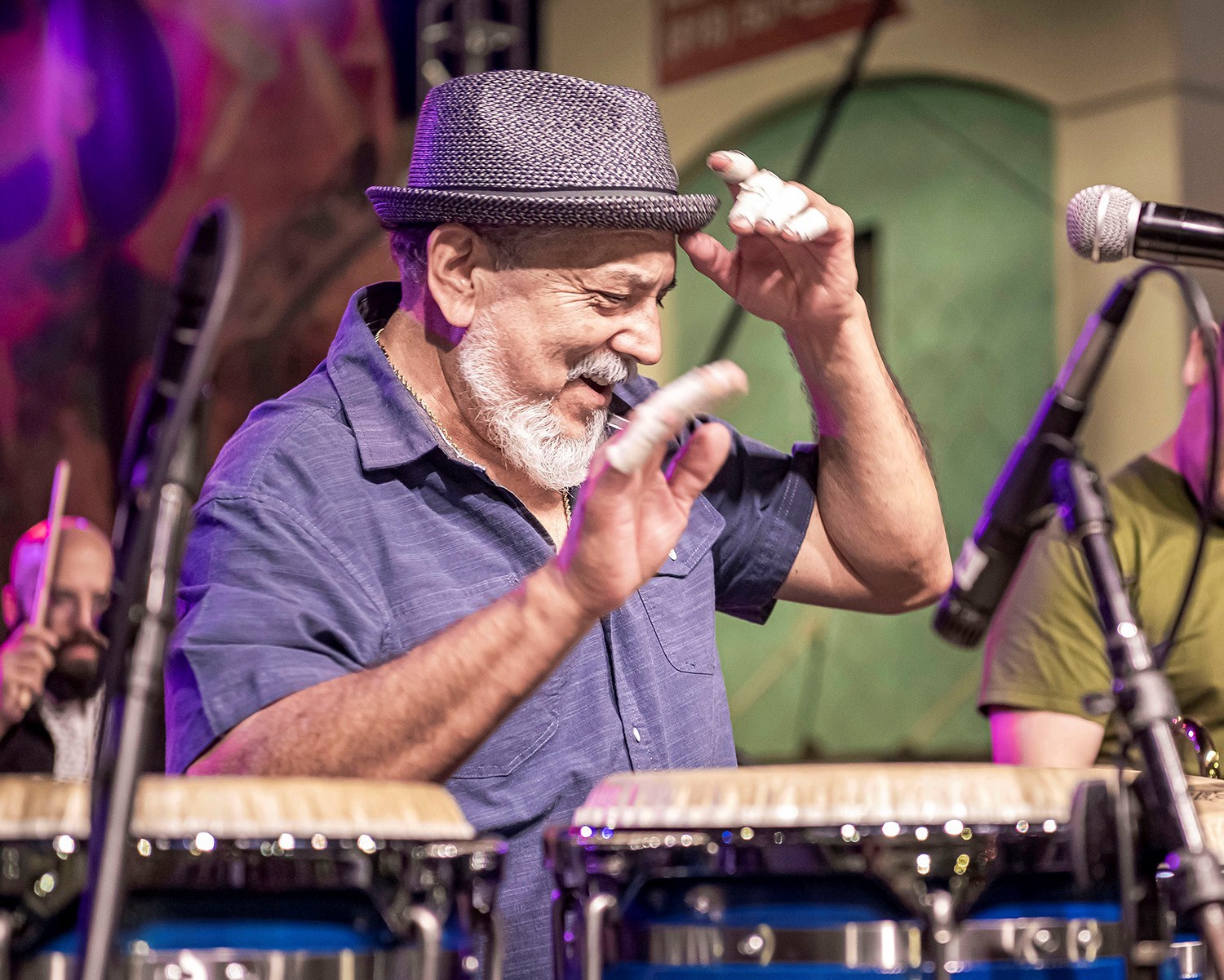 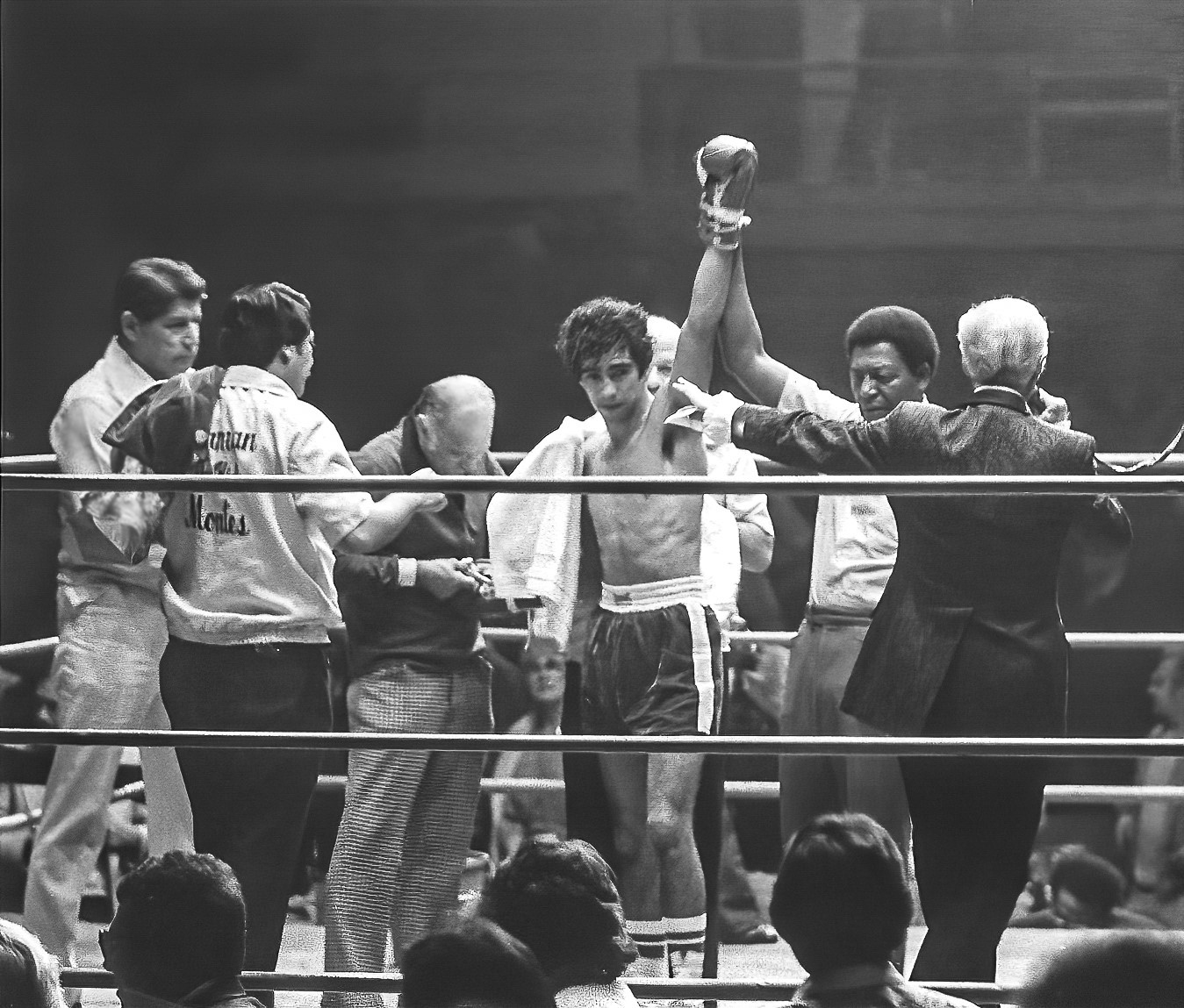 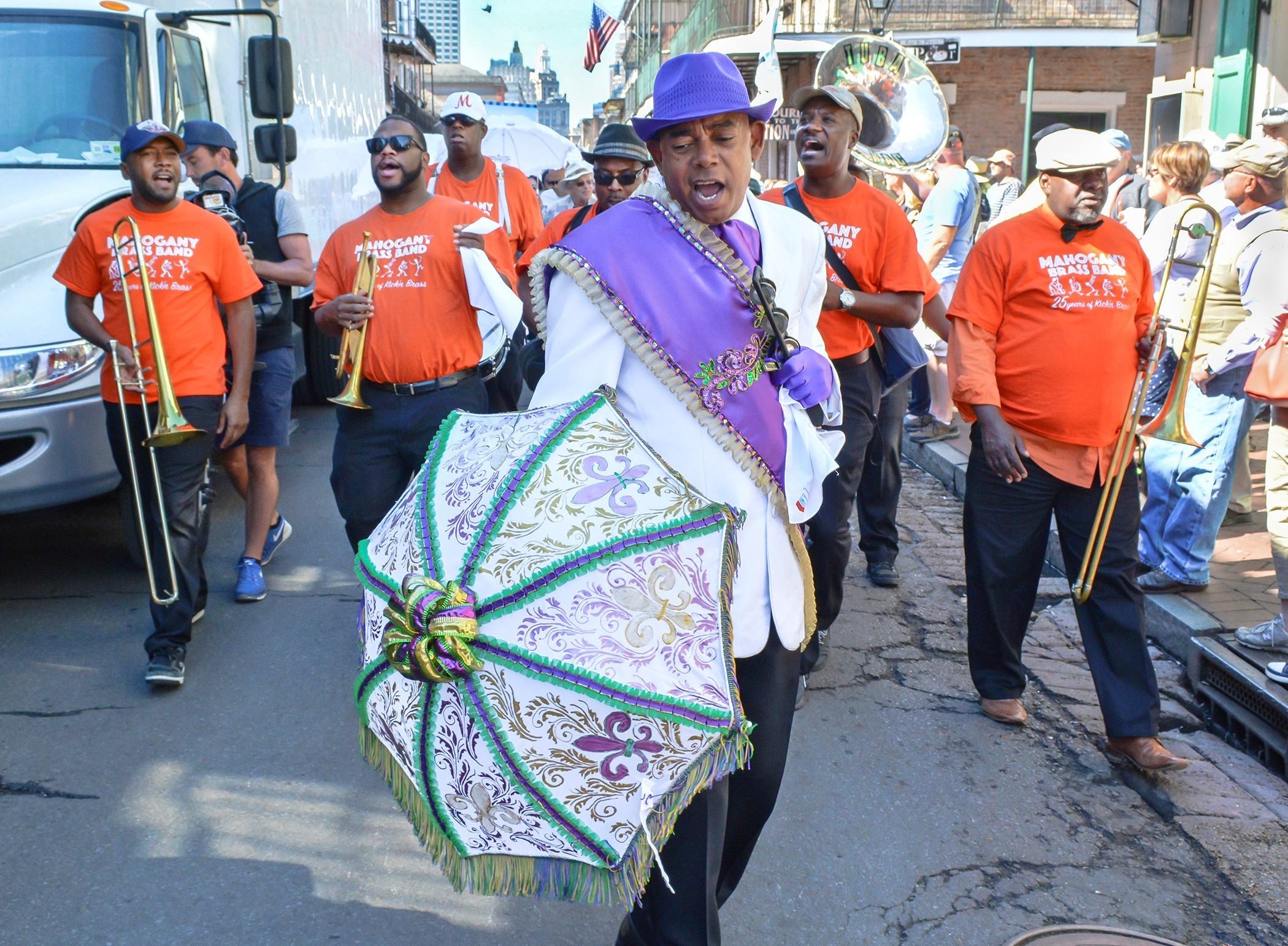 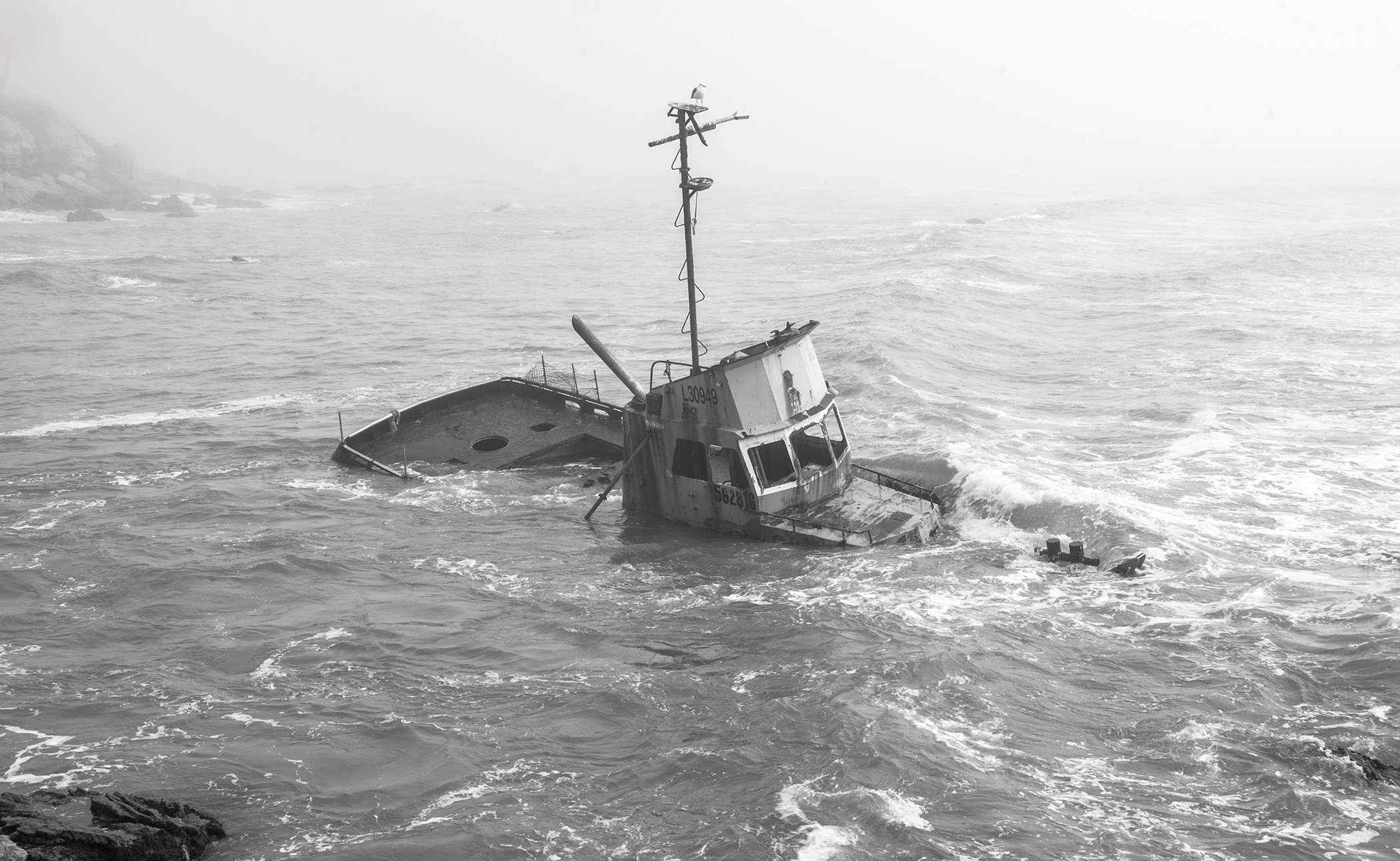 Image Credits
The self portrait was captured by Ronald Banks, “Creeze Banks” @kingcreeze.