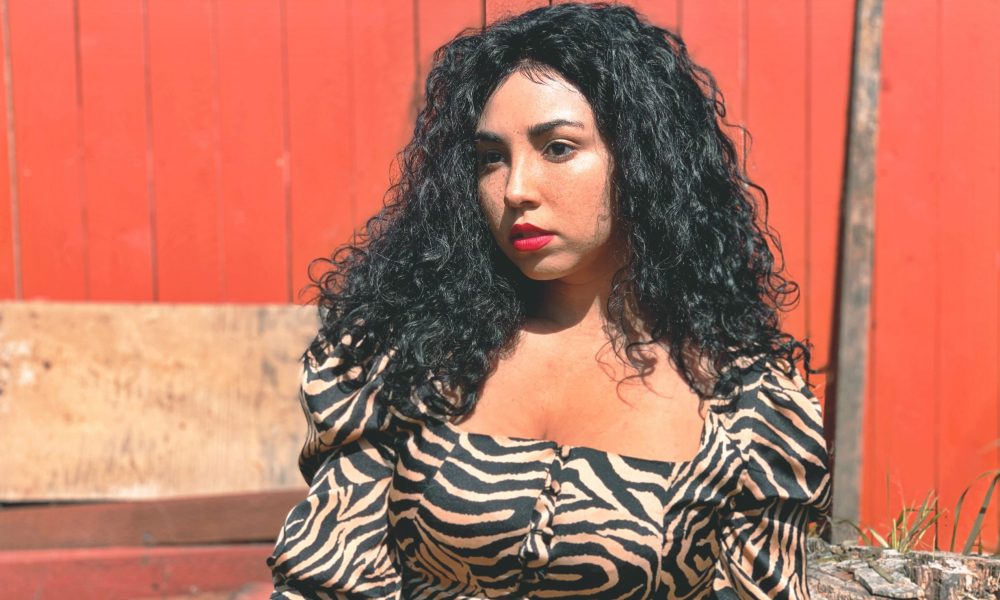 Today we’d like to introduce you to Chelsea Perkins.

Chelsea, can you briefly walk us through your story – how you started and how you got to where you are today.
I’m just a girl from Cali with a freckled face who’s got a love for creating a sassy song. Whether it’s harnessing the powerful inner queen or tapping into the girly flirty femme. I love music that brings out all sides of the feminine energy. I love the eight year old me dancing around singing along to the songs of Aqua off my boombox. I grew up in the late 90s early 2000s when bubblegum pop and boy bands were the hottest things. I was rushing home after school to watch the last bit of TRL. Britney vs Christina. NSYNC vs. Backstreet Boys. There was a moment when those pop songs were catchy, fun and oftentimes a little bit cheesy. I catch myself wanting to recreate my pre-teen years by making songs with those same melodies and sounds.

In high school, I fell in love with performing, mostly in plays and musical theater shows. I started teaching myself how to play guitar. I would fantasize about writing music like Amy Winehouse and pouring my heart on stage. I never thought it was possible to create a career in music. I somehow thought a career in film and TV was more a reality when I got accepted into an acting school. I’m not sure where that logic came from but when I graduated high school I got a student loan and moved to New York City. I studied at an acting conservatory which was full of cool learning opportunities. I realized more than halfway through my studies that I didn’t like acting enough to want to suffer through life as a starving actor with the grueling reality of constantly facing rejection and going to audition after audition while waiting tables. Being an actor consists of many years of barely getting by only to not have any creative control and being known as “the talent’ like cattle hoping my scene doesn’t get cut in post-production once I booked a job.

Acting school started to become a chore and instead of working on my scenes for class I would procrastinate and write songs all night. Then it clicked. I realized that I loved making music a lot more than being an actor and I would rather suffer through life as a starving musician. I would end up going through the same trials and tribulations to become a recording artist. Which also comes with the same constant reality of facing rejection. Then you have those people in the music business that offer everything on a silver platter with the subtle hint that they can have their way with you. I turned all those advances down, because I knew there was always another way. “Yeah, I want this. I’m gonna do it.” but I’m going to do it my way. That was ten years ago and man it’s been exactly that! I love it. Throughout the last decade, I have independently produced and released 2 EPs and multiple singles, landed two major label single releases and an artist deal.

In 2015, I collaborated on a song with deep house artist Fontaine Ivory called California Dreamin which turned out to be my first release with a Dutch indie label called Armada Music. Of course, it was the worst contract ever, but as a new artist I had no major credits to my name, therefore zero leverage to create a better deal. It was either sign a terrible contract and get heard by millions or sign nothing and maybe get 100 plays on Soundcloud. I signed the contract. The song got decent exposure on YouTube and Soundcloud. After the release of that song I started getting emails from producers all over the world wanting to collaborate. My inbox was flooded with EDM records. So I started writing to every track I got hoping to create more credits, but most of those songs never went anywhere.

In 2016, French music duo Bormin sent me an email telling me they had a meeting coming up with Elektra France which is under Warner Music and to wish them luck. I had written and recorded some vocals for them on my mic in my bedroom months prior. About a week later, they shared the news that Elektra France chose to sign them as artists and the song we wrote, Night & Day, would be their first single. This would be my first major label release. After six years of never giving up, I was finally beginning to create some credits in the professional realm of music. The best way to describe it would be like climbing Mount Everest. You put in all this time and hard work training your body. The opportunity finally arrives to begin your climb and you make your way to base camp. Then you realize the journey has only just begun.

This year marks a decade from the moment I decided I was pursuing a career as a recording artist. It has been and continues to be an amazing journey of pain, growth, fear, love, and passion. In January 2020, I signed my first artist deal on 83 Sound. A label started by Platinum selling artist Outasight and Super Producer Cook Classics. I’m getting an opportunity to make sassy dope music with this group of amazing creatives. You can go listen to my first single on the label titled ‘Take A Bow’ or any of my other releases available on all streaming platforms. Spotify, Apple Music, Amazon, etc.

We’re always bombarded by how great it is to pursue your passion, etc – but we’ve spoken with enough people to know that it’s not always easy. Overall, would you say things have been easy for you?
I wish. Ha! I got into the music industry having no connection to anyone that worked in the business. I had to learn as I went. Using the internet. Taking classes. Networking and meeting people at events. Unfortunately, there are predators in this industry who are established professionals who can smell naivety and take advantage of young women (and men) with a dream. I can only speak from my experience with someone being unprofessional. That’s when I decided to stop my working relationship with that person. After that experience, I made a promise to teach myself how to record vocals and learn the tools to produce my own material and avoid those uncomfortable scenarios. At that time, Kesha was going through her trial which put a lot of things into perspective for me. I didn’t want to make a decision that could possibly create a faster track for my career in exchange for my mental health.

We’d love to hear more about your work and what you are currently focused on. What else should we know?
My business is myself. Chelsea Perkins. Singer, Songwriter, Producer currently signed with 83 Sound. I’m just a girl from Cali with a freckled face who’s got a love for creating a sassy song for my fellow queens. I would like to think that I am known for my Scorpio energy, giving a middle finger to impossible beauty standards made by society. I’m owning my womanly body that I have been given and embracing the thickness in my figure that naturally fluctuates up and down. We are living in a time where humans are taking their power back and saying “I am imperfect and sexy. You can’t tell me otherwise.”. It’s so freeing! I thank god I feel that way authentically now, because I am a Scorpio and I like to indulge. No one can tell me to stop eating burritos or burgers. I just want everyone to feel free in their skin and enjoy life.

What were you like growing up?
I loved to play dress up! My grandma would take me to the thrift store and I would pick out these bright oversized sequin dresses and wear them around the house. I mean…. that really hasn’t changed. Haha.

I asked my mom this question and she said that I came from a place of wanting to be a friend to all. Always very adult like and even ratted my friends out at my own birthday sleepover about plans to TP a house, because I didn’t think that was right. I don’t remember that, haha.