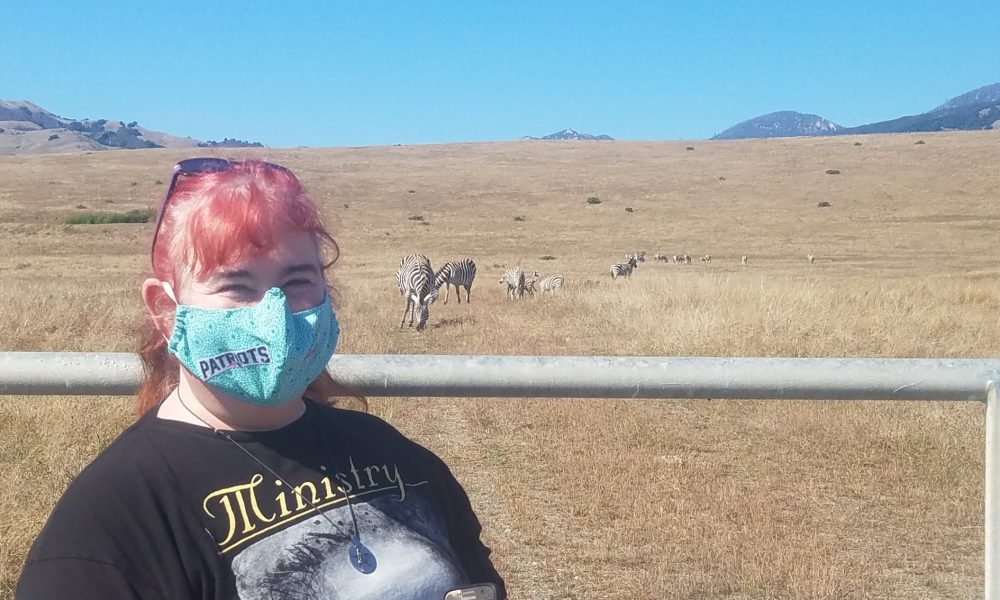 Today we’d like to introduce you to Charlene Ward.

Charlene, can you briefly walk us through your story – how you started and how you got to where you are today.
Ever since I was a little kid, I wanted to act. I remember watching Sesame Street and Little House on the Prairie just itching to be on those shows. Growing up in southern New Hampshire in the 70s and 80s, I had no idea how to get there. My parents certainly did not have that info either. My theater experience was to be held in the hands of the Pelham, NH school system where my debut was in elementary school where I played Sonia the duck in Mr. Hannigan’s music class’s production of Peter and the Wolf. Seriously…it was during music class…when the bell rang, the play was over.

As I grew older, I became enamored with comedians and stand-up comics. The way they held the audience in the palm of their hand. I would stay up past my bedtime to watch Saturday Night Live, An Evening at the Improv and the stand up shows on HBO. I distinctly remember watching “Women of the Night” where I saw Paula Poundstone, Judy Tenuta, Cathy Ladman and so many more funny women! I loved it so much that I memorized every iota of Judy’s set and would annoy my friends by reciting it over and over again.

Los Angeles is where I started doing plays and it’s where I started doing stand-up. True, I haven’t always been consistent in my pursuit. There were times where my creative side took a back seat when I was working full time. That said, I never gave up hope while life made me focus on other things. Sometimes, life throws you what you need when you aren’t looking.

My advice to creatives out there. Say yes. When an opportunity is presented to you, say yes.

I was laid off from my full-time job and I got hired part-time at Flappers Comedy Club in Burbank. That set me on the path of getting back into stand-up. I was encouraged by the owners to start producing my own show. I didn’t want to produce. Frankly, I wanted people to just book me on their shows. Producing a show is a lot of work. I said yes and created an all-female show called “Another Chick in the Wall” and yes, it was a lot of work, I had a blast and in fact am now producing it again via Zoom and Facebook along with “A Hoot from Home” online stand-up show.

When I volunteered my services to help with a benefit show, I was asked to direct two of the one-acts. I never wanted to direct. Frankly, I really just wanted to act. Directing is a lot of work. I said yes. This “yes” paired me up with someone I hadn’t really seen since college, Mary Kennedy.

Another reason to say yes, besides pushing yourself to do something that is a lot of work? Making relationships.

Mary wrote an emotional piece about her mother who was very ill at the time. She loved my directing style so much that years later, she contacted me to direct her one woman show.

She LOVED my directing. Remember…I didn’t think I could, nor did I want to direct. I found a talent I didn’t know I possessed. I directed her one-woman show for it’s Los Angeles, CA and Marblehead, MA premieres.

I started taking acting classes with Mary and ended up writing a pilot. We were searching for a sitcom to read in class and was having trouble finding one for a million women ranging in age from 21 to 71 and 2 men. It was frustrating so I wrote one for the class. I didn’t think I’d be able to finish it, but I did and it made me proud when it was brought to life by the actors in our class.

Mary encouraged me to audition for a play “AfterGLOW, the Musical”, where I would have to wrestle and sing. I can’t do any of those. I went for it and got the part. I was scared to death, but I learned to wrestle and sing. I said yes. This yes allowed me to triumph over those voices in my head that said “you can’t do this” and I had the most amazing time and I’m truly proud of what I was able to do.

I just recently signed on with The Happen Agency. To keep the creative juices flowing during the pandemic, I’m doing online plays, stand-up shows and also producing shows of my own. In October, I’ll be producing and directing a show of ghost stories online.

Has it been a smooth road?
Mostly the struggle has been my own self-doubt. When I was growing up, and even in my 20’s I was always made to feel “less than” because of my weight. It’s tough when you are called “round” and told you’d make a great “before” (as in “before and after”.)

Hell, it doesn’t really end. I have been insulted by male comics about my looks. A female comedy booker once said to me “YOU have a boyfriend”. So, yeah. That has been a struggle.

What else should our readers know?
I am an actress/comic who is creating on-line opportunities.  Let’s make art and have fun! 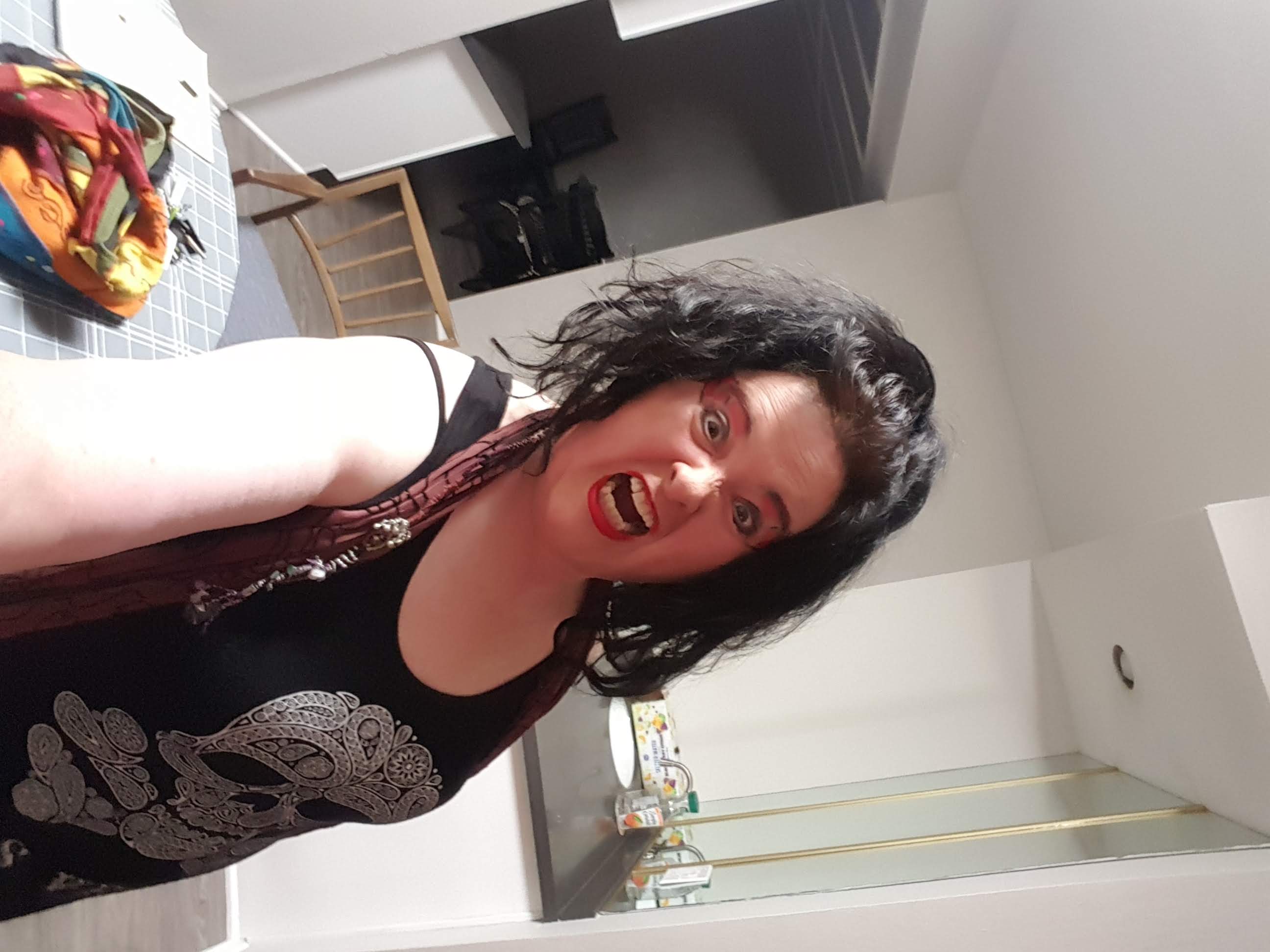 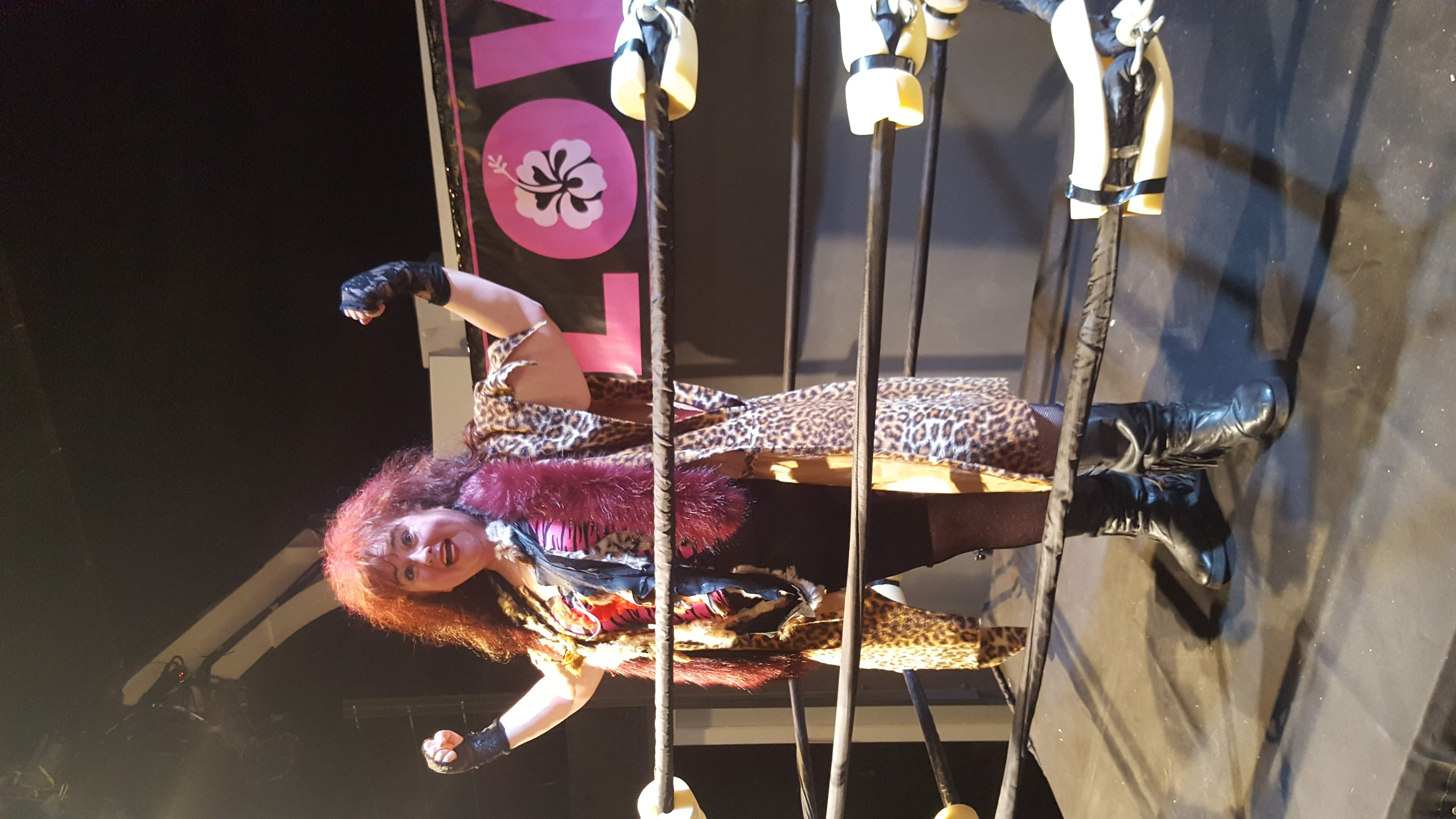 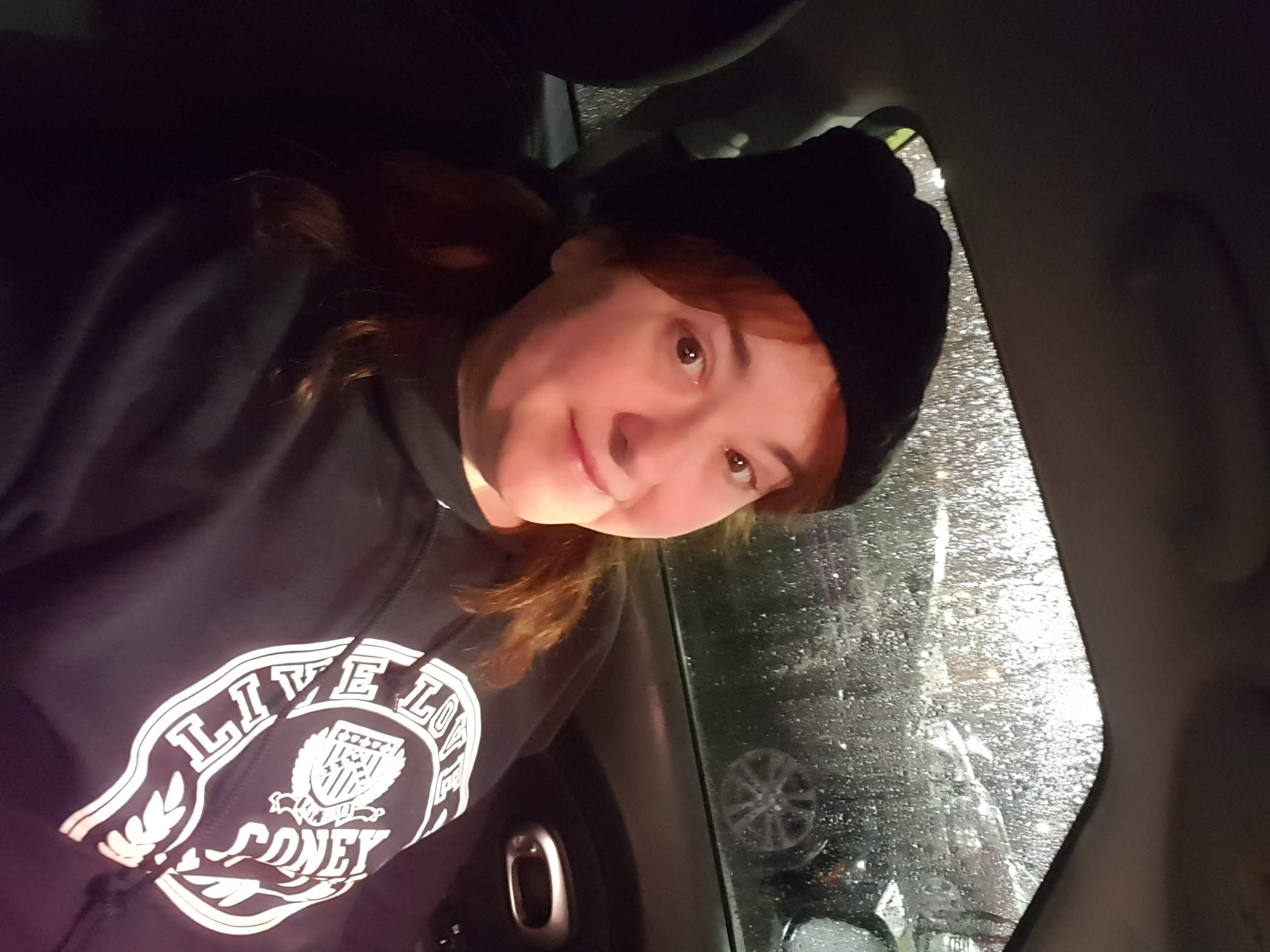 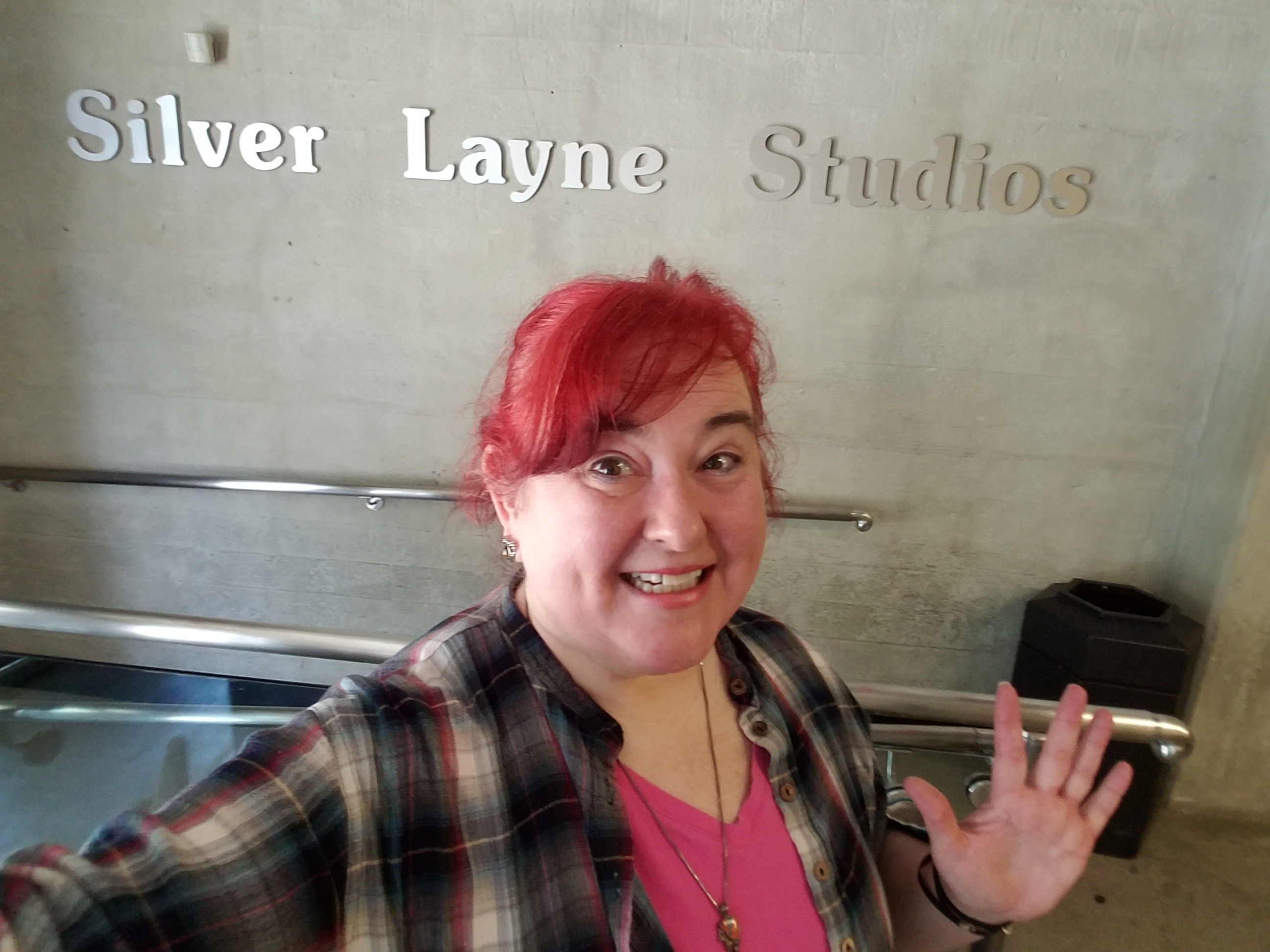 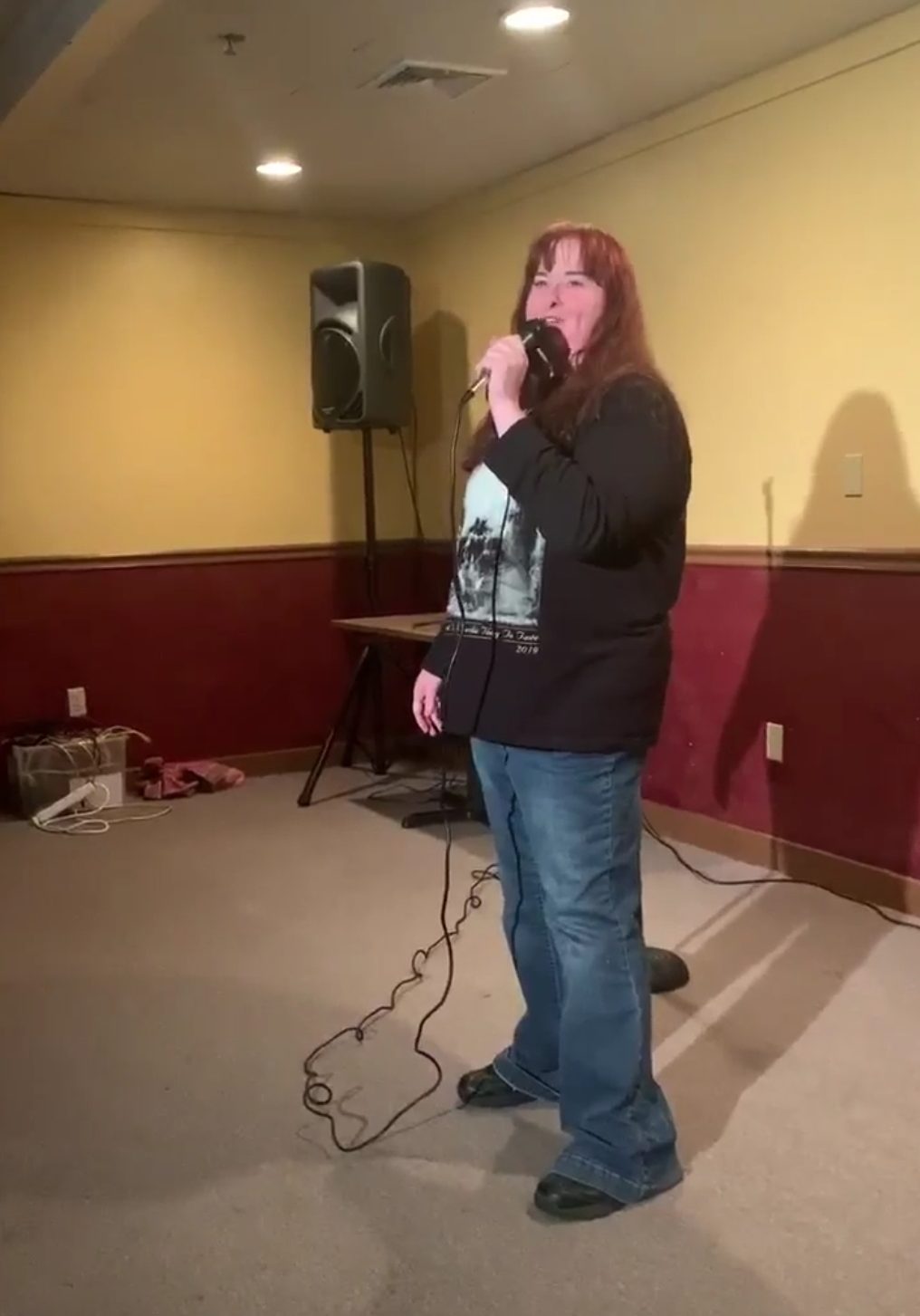 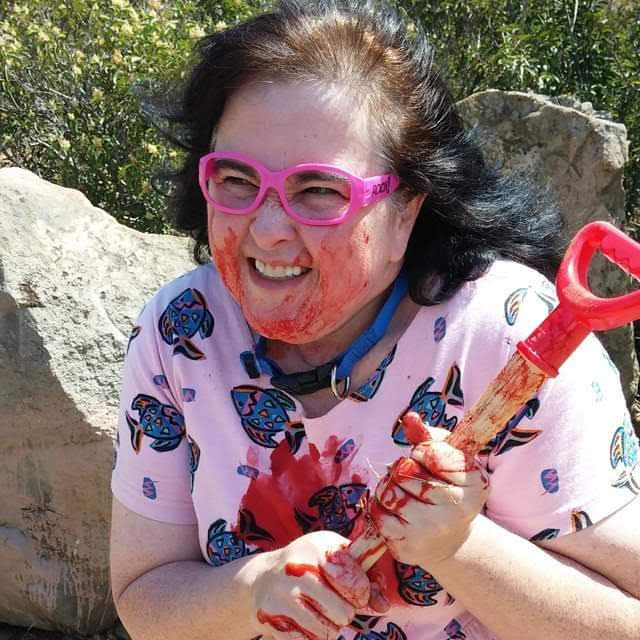