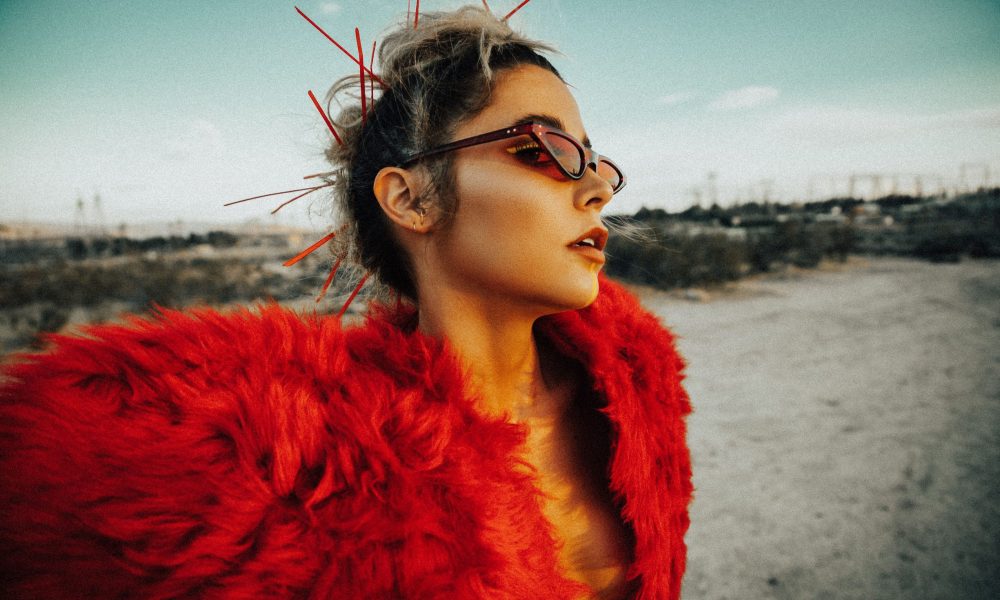 Today we’d like to introduce you to CeCe Frey.

CeCe, please share your story with us. How did you get to where you are today?
I started singing when I was five years old at my Kindergarten talent show. From then on, I was totally hooked on performing. I kept singing and performing at any place or event that would have me, and then when I was 18 I dropped out of college with my bandmate at the time to go on tour. We slept in his mom’s minivan and played at a ton of dive bars and clubs around the midwest.

Then in 2011, I was approached by a producer of the X Factor USA. At first, I didn’t want to do the show. I thought, “I’m a real artist and I want to be taken seriously.” and I feared doing this type of show wouldn’t get me the respect in the industry I knew I deserved. But at the time, I was working two jobs in a very small town and I saw this as my ticket out. So I took it.

It was a tumultuous experience, to say the least. I believe the tabloids called me “The most polarizing character on reality television.” because people were so split on whether they loved or hated me. haha. But I have totally embraced that moving forward as an artist. Someone wise once told me, “Beloved or hated, but never liked. Because the liked are forgotten.” And I think that’s so true. The “loved and the hated” spark controversy, conversation, and inspiration because they push boundaries. So if being my most authentic self is polarizing then I’m good with that.

Anyway, this year I have released two singles off of my debut record, and one is on the way on the 18th of October. Next year, I have an album coming out, and I’m already working on my second album. So you won’t see me stopping any time soon.

We’re always bombarded by how great it is to pursue your passion, etc – but we’ve spoken with enough people to know that it’s not always easy. Overall, would you say things have been easy for you?
It has been an incredibly tough journey. I grew up on a farm in the middle of nowhere, but I knew I didn’t really fit in there. Well, to be honest, I don’t always feel like I “fit in” anywhere- LA just has more misfits like me in it, so we just stick together and try to navigate the industry the best way we can.

As I said, the X Factor was one of the toughest experiences of my life and also one of the most incredible- something I would never take back. It’s hard to watch yourself on television, knowing millions of people are watching you be portrayed in a way that is not who you really are. It feels like someone is making up a rumor about you and the entire world hears it and has to decide if they believe it or not.

But that has been such a valuable lesson that I feel like I have finally overcome. I have finally reached a place where I don’t really care what the world has to say about me, as long as I stay true to my art and myself. I am very proud of what I do and who I am.

Can you give our readers some background on your music?
My sound now has really evolved into its most authentic form, and I feel like it’s still evolving with every song I write. I love that evolution- that constant journey of creation. But I guess some have called it “bluesy, soulful, raw, alternative pop”. I know that’s a lot of adjectives haha. I just hate trying to describe my sound. I would love to know what adjectives your readers pull out when they take a listen.

Over the last few years, I’ve also really jumped into directing all my own videos and shoots and doing this for other artists as well. My partner, Chase Stockman, and I started our production company “Good Wolf Entertainment” last year and now we direct all of my shoots together. I also edit everything, design my own costumes, and come up with my own creatives. And I love doing that for other artists as well. The visual side of things is such a passion of mine and I love that I get to have my hands on every part of my project.

What were you like growing up?
When I was growing up, I was a total tomboy. We lived on a farm, and it was just me and my two brothers all day every day. None of our friends lived anywhere near us because it was such a rural area. So I guess that’s probably where the tomboy came from. I just was never into the girly sh*t.

But I sang nonstop. I was ambitious from day one.

I never got to have formal training, but I remember one day my mom gave me a Whitney Houston cassette tape and said “You wanna sing? Learn how to do it like that.” And I vividly remember sitting in front of our little boombox with that cassette tape just singing my head off trying to hit all her notes.

Its also fitting to mention that I used to boss my brothers around constantly and make them put on plays for my parents with me. haha. 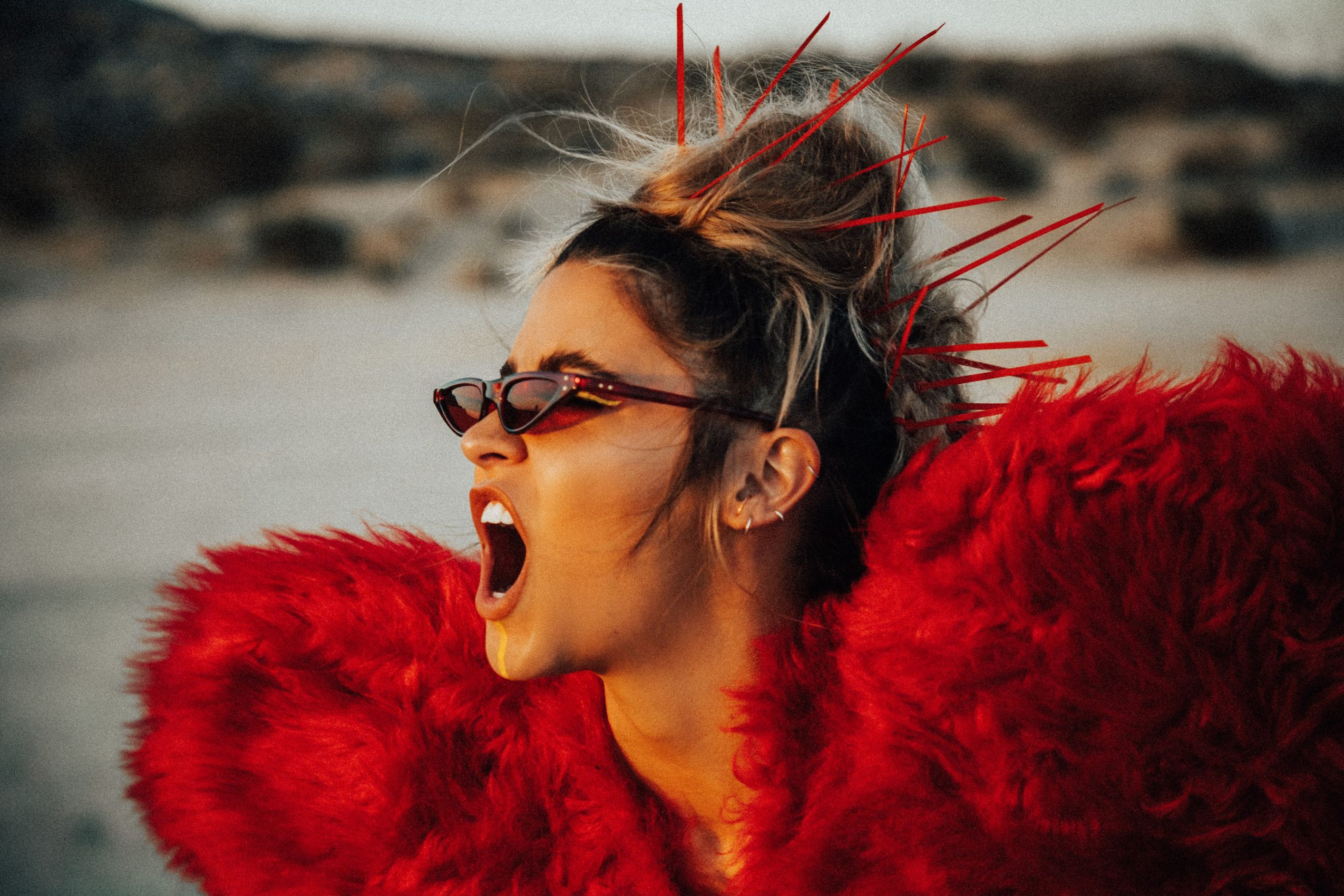 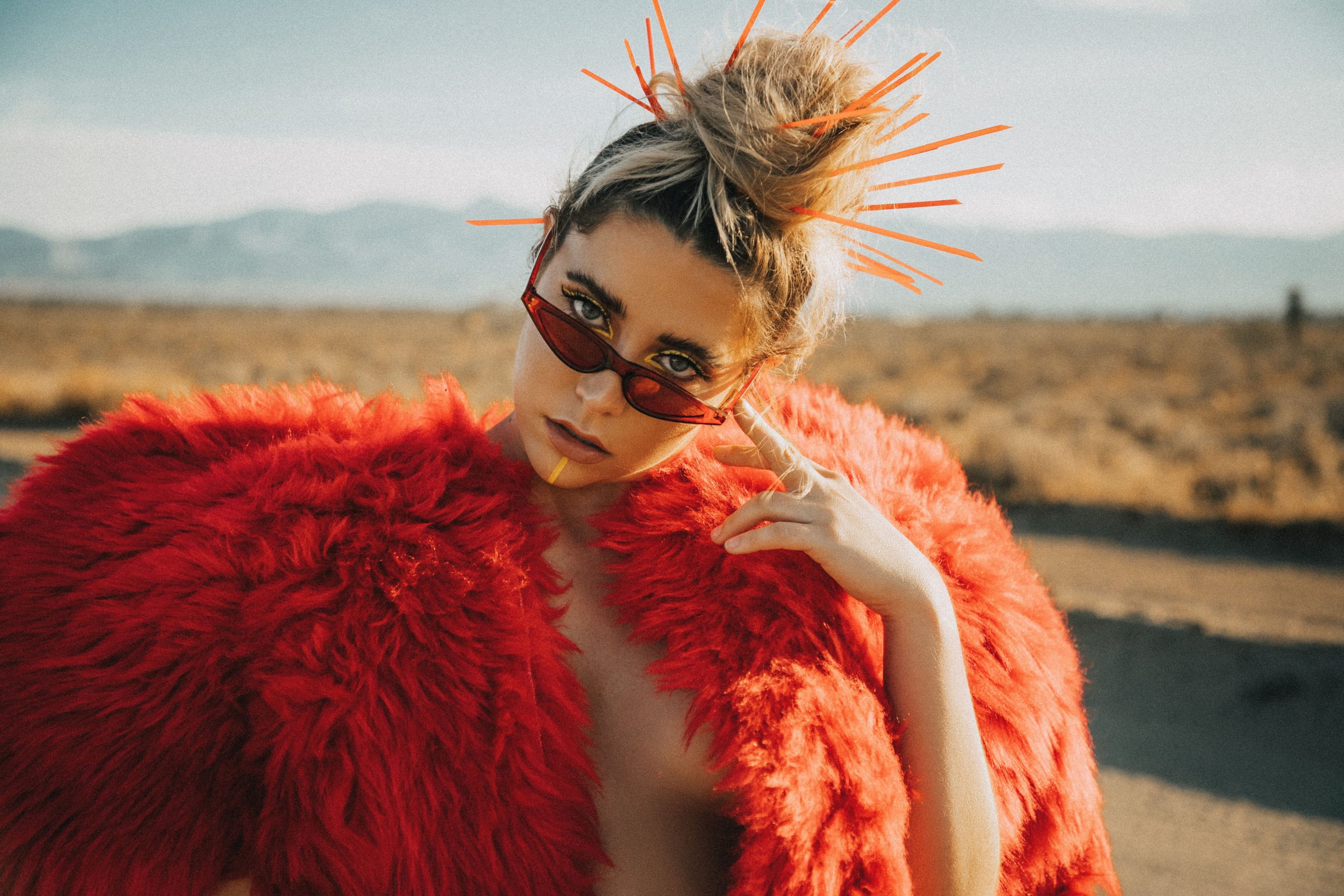 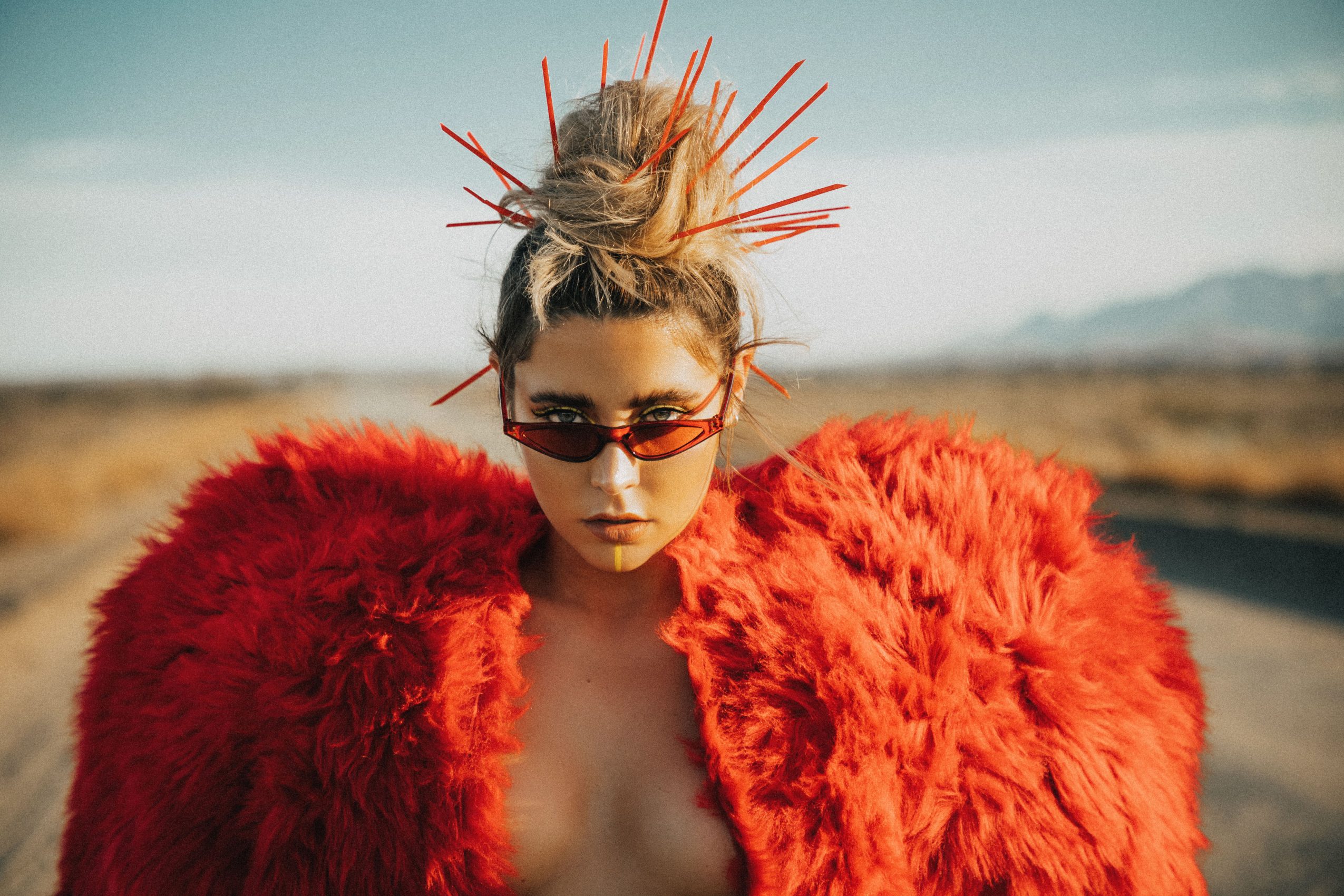 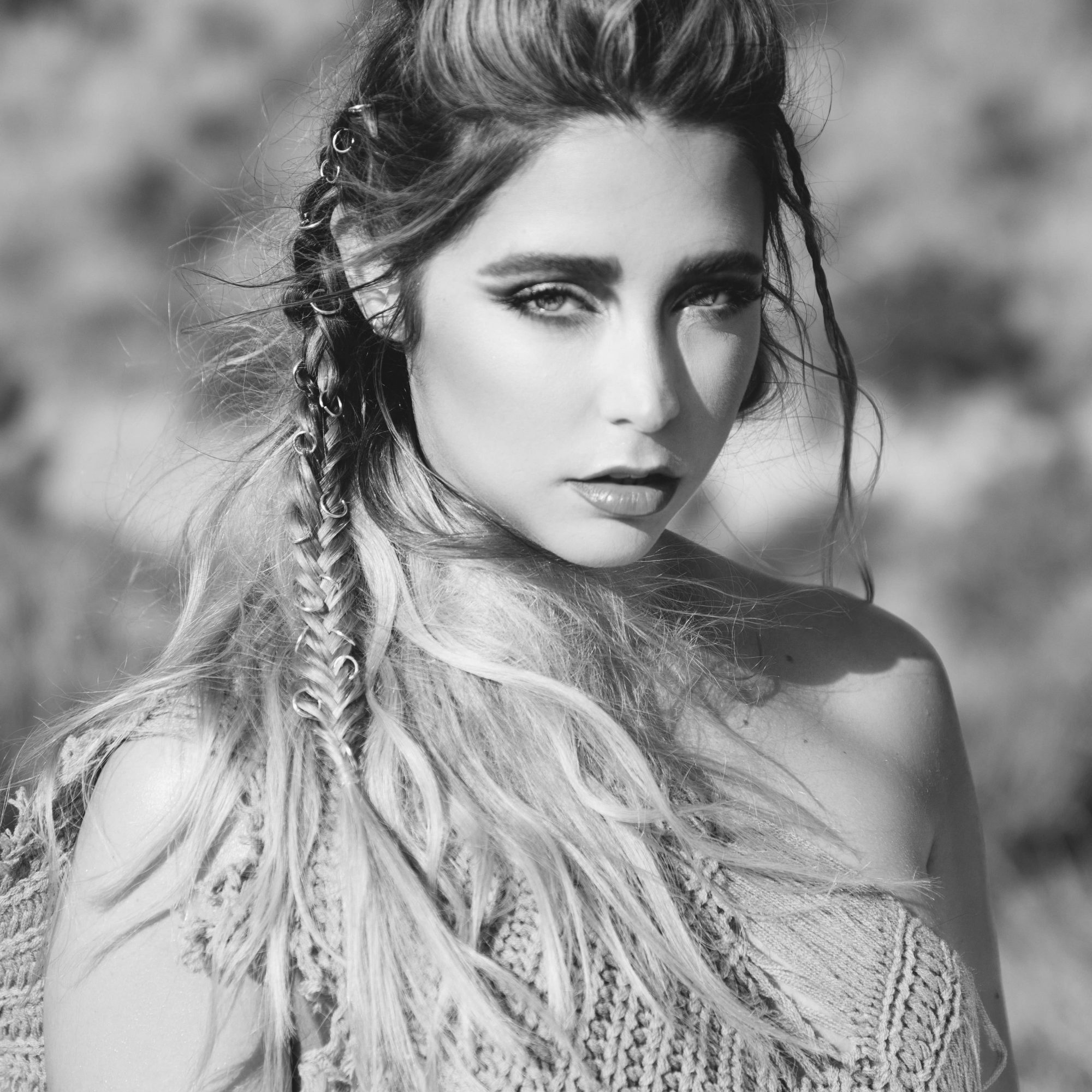