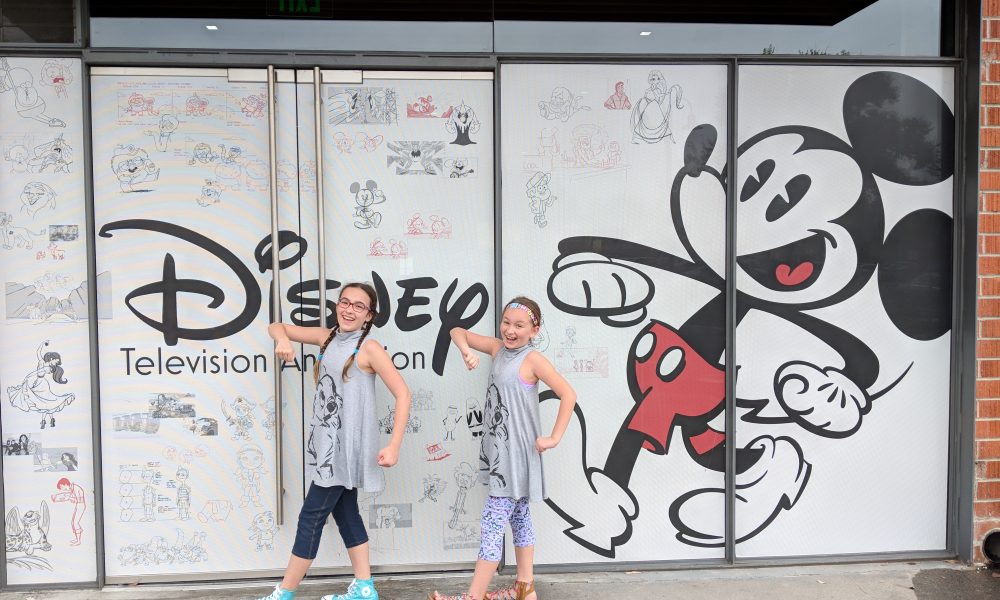 Today we’d like to introduce you to Cassie & Sabrina Glow.

At ages six and four, Cassie and Sabrina Glow were in dance class, holding hands, swinging their arms back and forth, giggling and singing “G-L-O-W, G-L-O-W, G-L-O-W, we-are-the-Glow-Girls!” – a silly little chant their parents taught them to learn how to spell their last name. By coincidence, a talent manager had stopped by the same dance studio to say hello to a friend, who happened to be the girls’ dance instructor. The talent manager handed a business card to the Glow Girls’ parents and encouraged them to think about the entertainment industry.

Cassie and Sabrina had some fun experiences with commercials, short films, and print work. However, a childhood filled with reading aloud, singing, puppet shows, acting out made-up stories, and a love of cartoons and animated films sparked their interest in Voiceover specifically. The Glow Girls began coaching with top industry professionals, studied across multiple voiceover genres, and practiced-practiced-practiced. Their passion and hard work earned them a track record of voiceover bookings and agency representation across the country.

Today, the Sister-duo have become sought-after talents by animation studios, production houses, creative agencies, and streaming services that specialize in the kids’ market. And they even have a professional home recording studio able to host live directed VO sessions so they may connect with clients all over the world!

We’re always bombarded by how great it is to pursue your passion, etc – but we’ve spoken with enough people to know that it’s not always easy. Overall, would you say things have been easy for you?
As with any discipline of the entertainment industry, Voiceover is an incredibly competitive business. A unique challenge to this art form is the fact that as Kid/Teen talent, you aren’t just competing with other Kid/Teen talent – you are also competing with adult voice actors who can sound like Kids/Teens. The Glow Girls have submitted thousands of auditions in order to earn their hundreds of bookings. You hear “no” a lot more than you hear “yes” which can be frustrating. But when you have found your passion, you keep putting in the work, you keep training, you keep trying.

So, as you know, we’re impressed with Glow Girls Kid Voiceover – tell our readers more, for example what you’re most proud of and what sets you apart from others.
Cassie & Sabrina Glow, known in the industry as “the Glow Girls”, are sisters and Professional Kid & Teen Voiceover & Singing talents with expertise in Animation, Commercials, Promo, Toys, Singing and Podcasts. Their voices have been heard billions of times across the world for such notable clients as Disney, Nick Jr, LEGO, Sesame Street, PBS Kids, Fisher Price, Spotify, Morphle TV, NBC/Universal Kids, Hallmark and more!

As a life-long Disney fan, a special highlight from Cassie’s career includes voicing the role of “Kid Cass” in her favorite Disney Channel animated series, “Rapunzel’s Tangled Adventure” – and extra special that the role shared her actual name! Sabrina recently reached an impressive career milestone. Namely, recording her 300th episode for the hit preschool animated series “My Magic Pet Morphle” which shows on Netflix, Hulu, AppleTV+ and Amazon Prime, and hosts over 9 million YouTube subscribers. Sabrina has voiced the lead character “Mila” for over five years.

One of the Glow Girls’ proudest accomplishments was earning recognition from the Society of Voice Arts and Sciences (SOVAS), the most prestigious award association in the Voiceover industry. Cassie and Sabrina were the youngest ever to receive multiple SOVAS nominations. Both were nominated for their “Outstanding Body of Work” Sabrina earned a nomination for “Outstanding Commercial Demo” Voiceover and Cassie won the “Outstanding Toy” Voiceover category.

So, what’s next? Any big plans?
For the rest of this year, the Glow Girls are looking forward to being in the booth recording voiceover for several animated series and campaigns to be announced (we can’t wait to share more news about these soon…) Longer term, the Glow Girls have some big creative aspirations for the future, devoting their spare time to writing stories, sketching artwork, learning animation programs, and composing original music for their own animated musical adventure. In support of their goals, both Glow Girls can see a future that possibly includes CalArts and hopefully an earned internship at one of the fantastic animation studios in Burbank. Whatever lies ahead, both Cassie & Sabrina agree that there won’t be a time in the Glow Girls’ future that doesn’t include Voiceover! 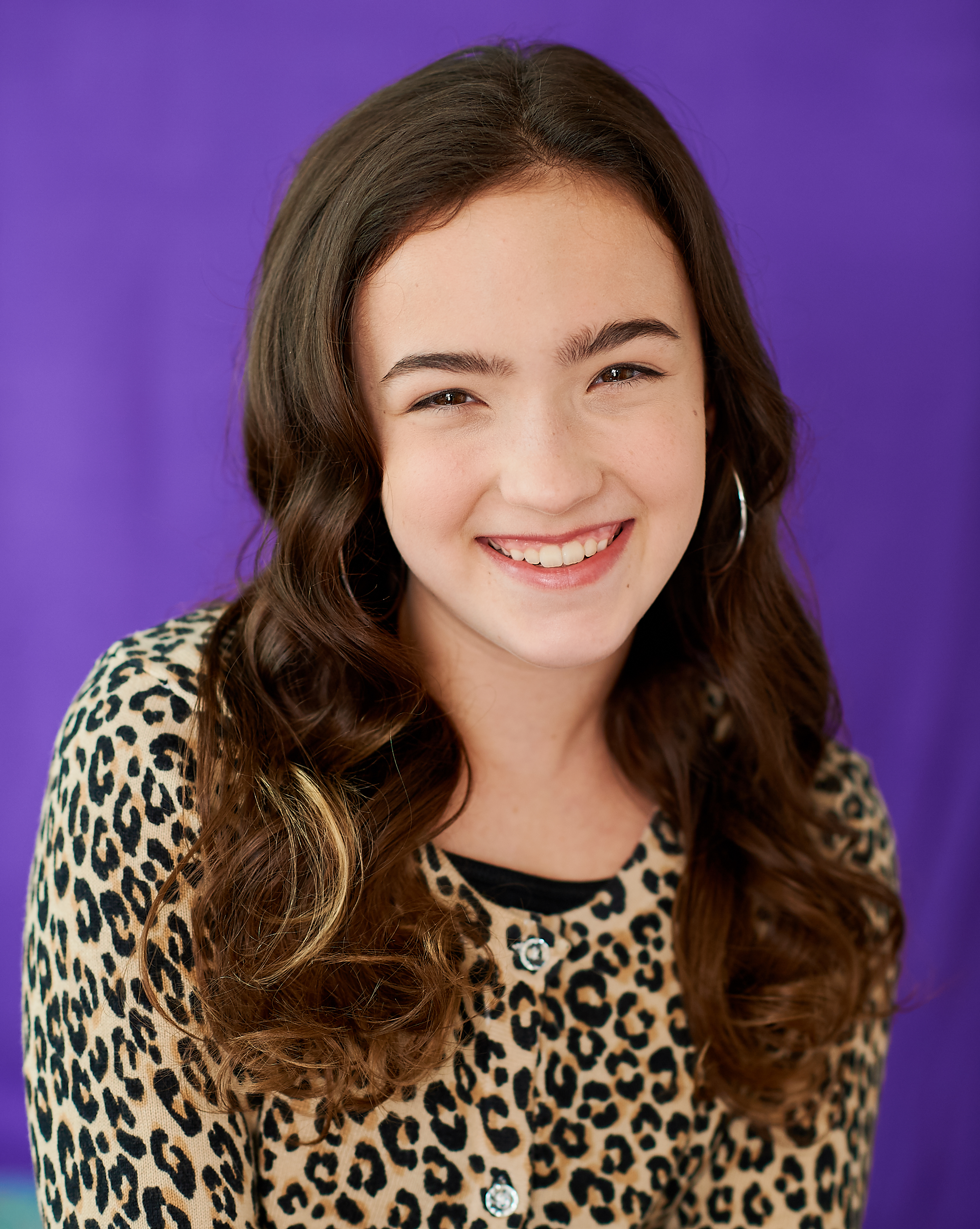 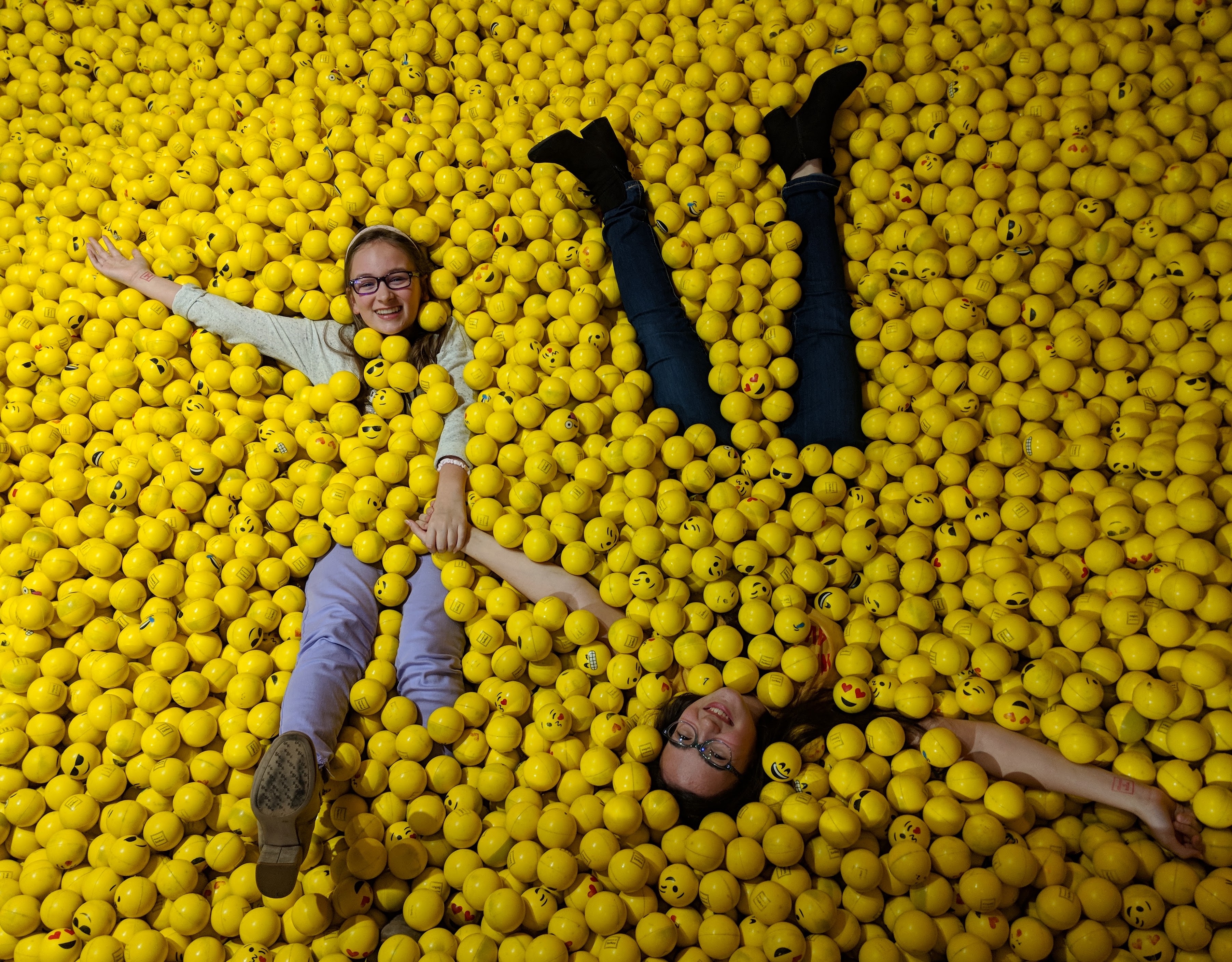 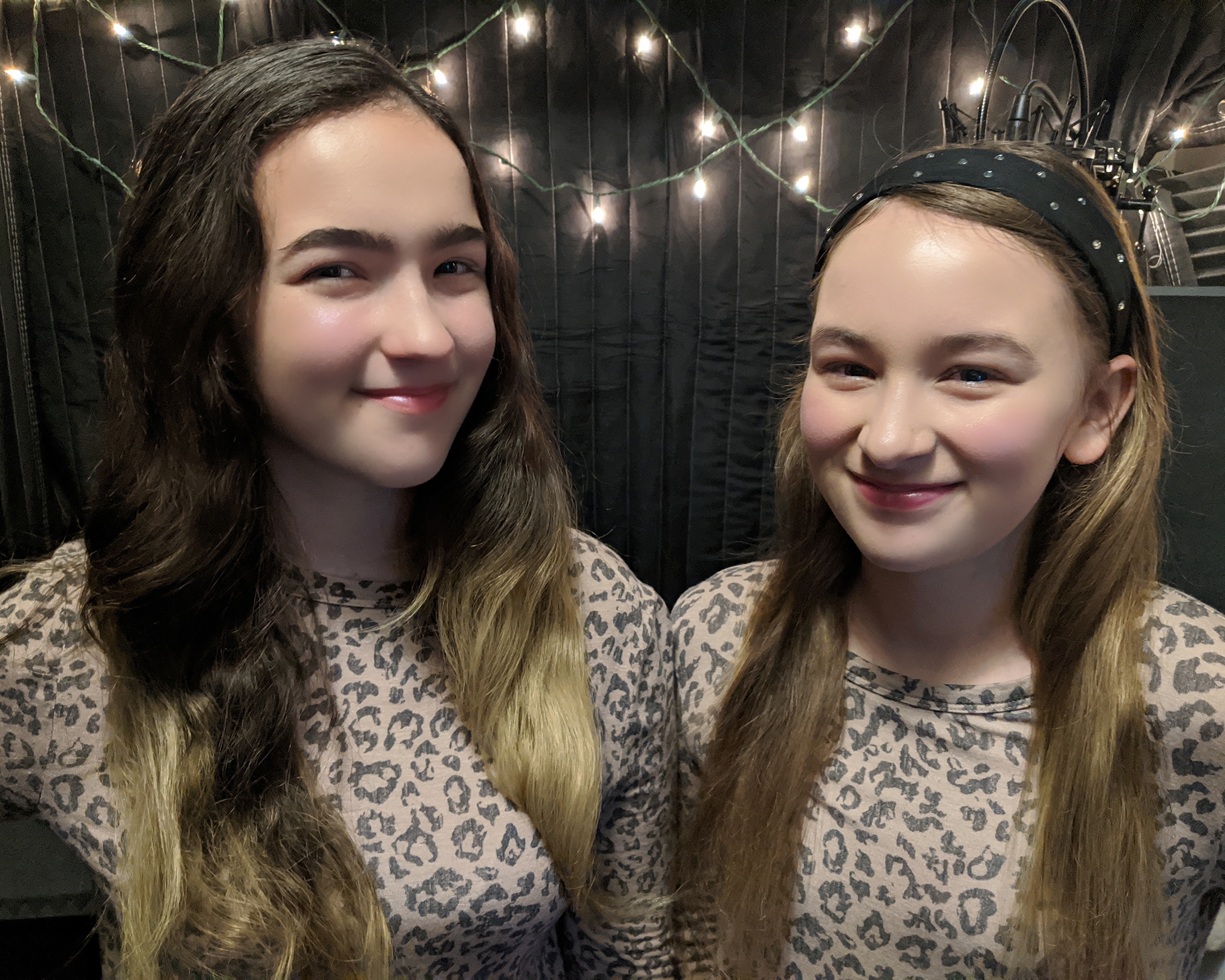 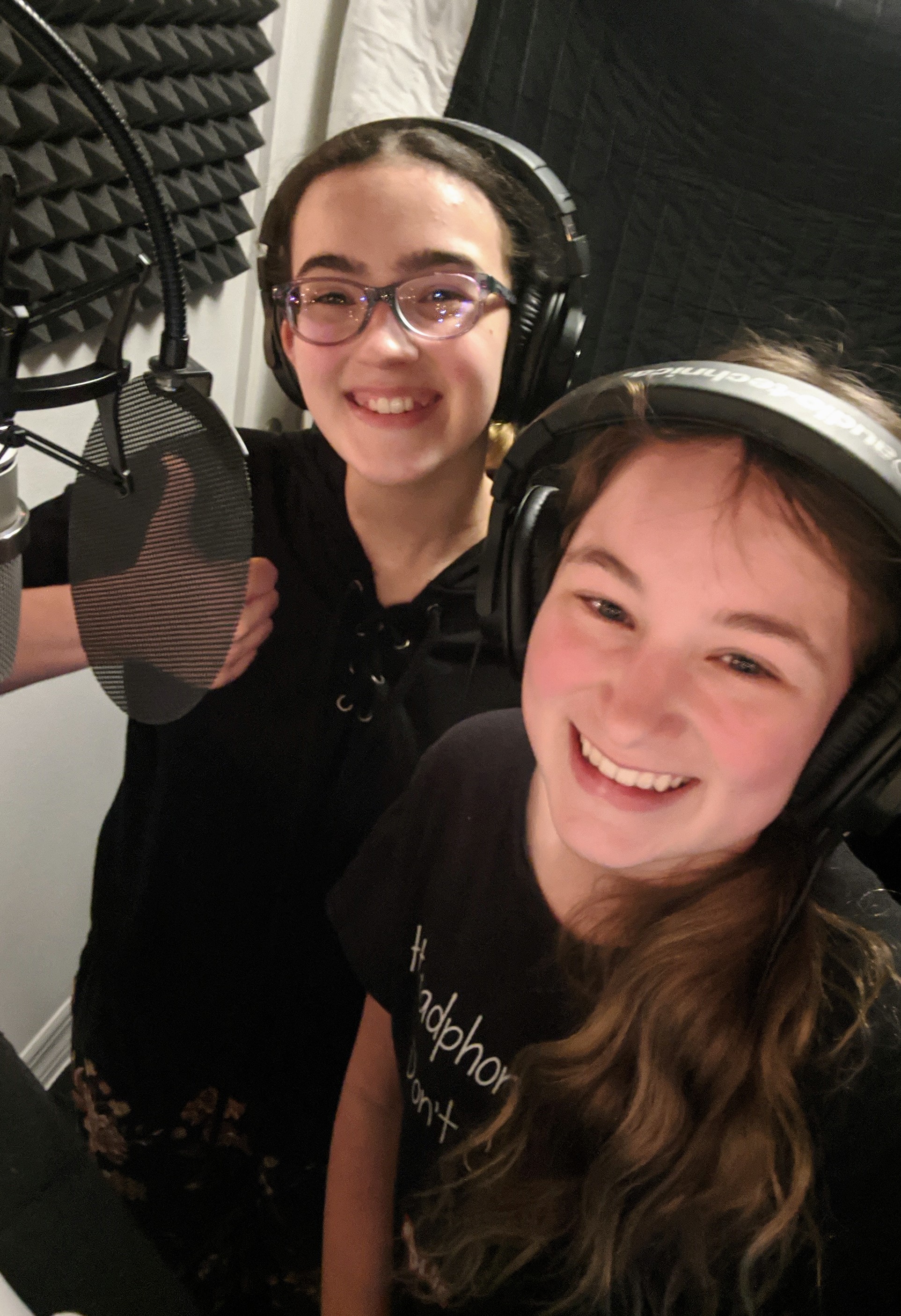 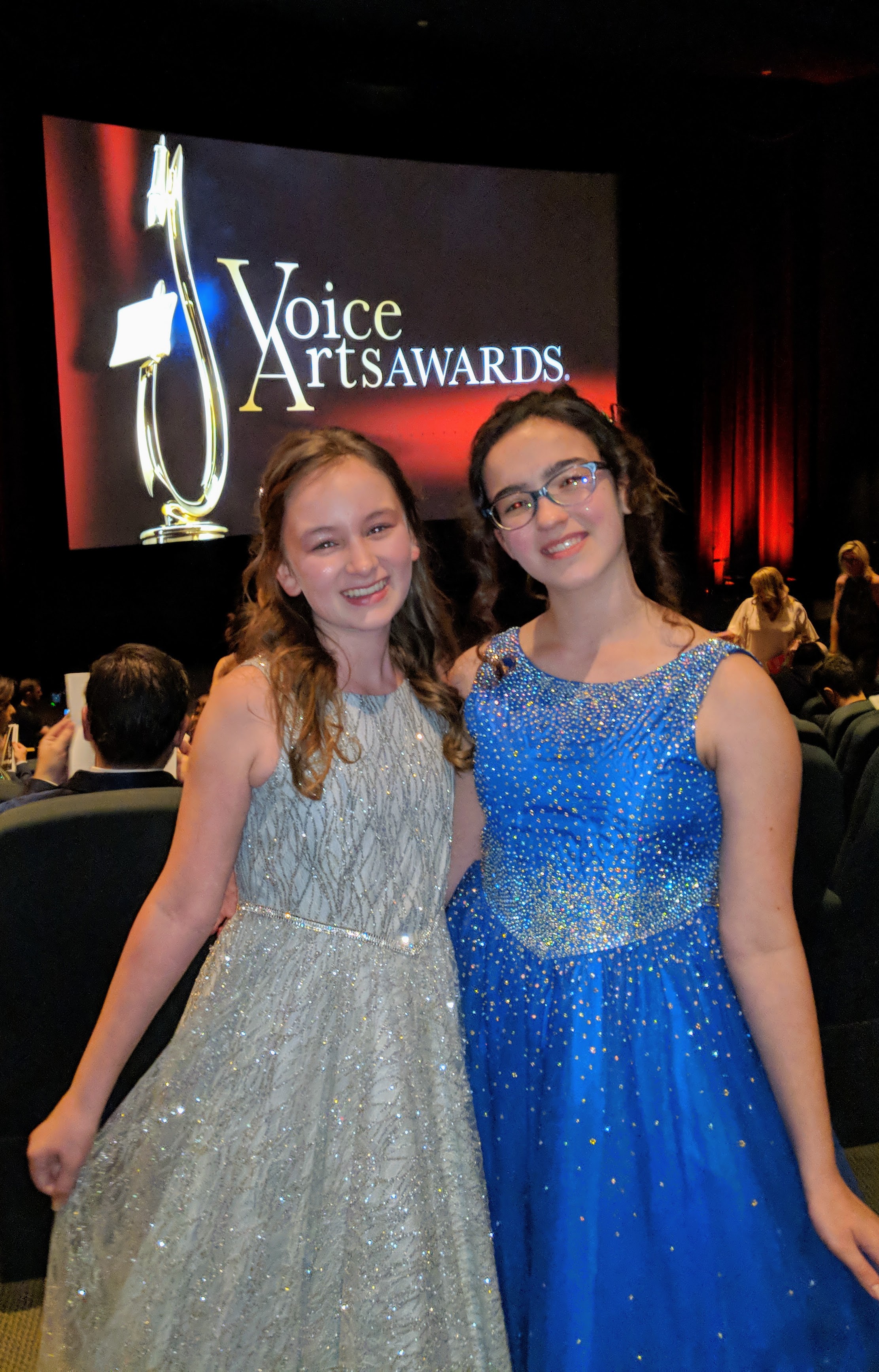 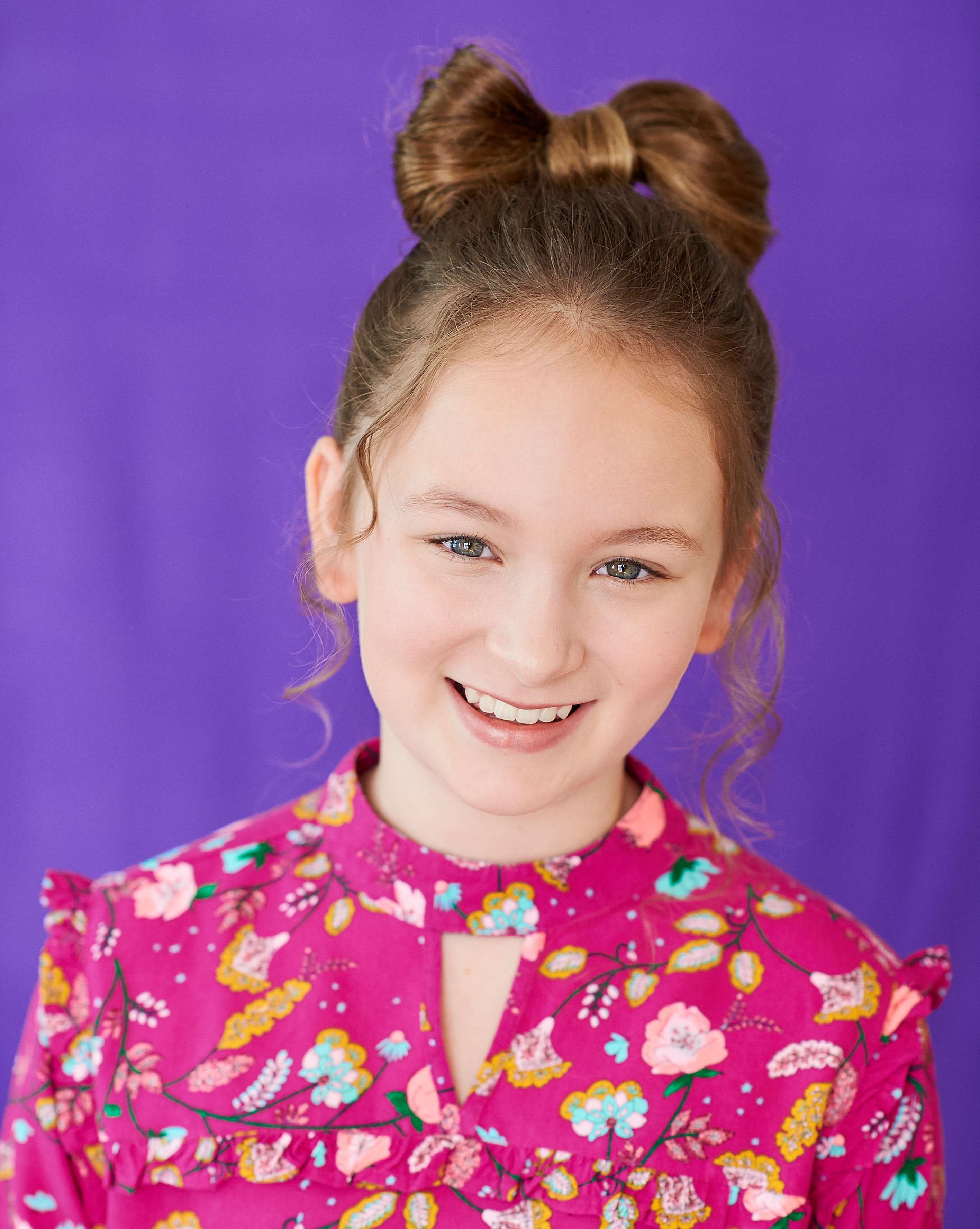