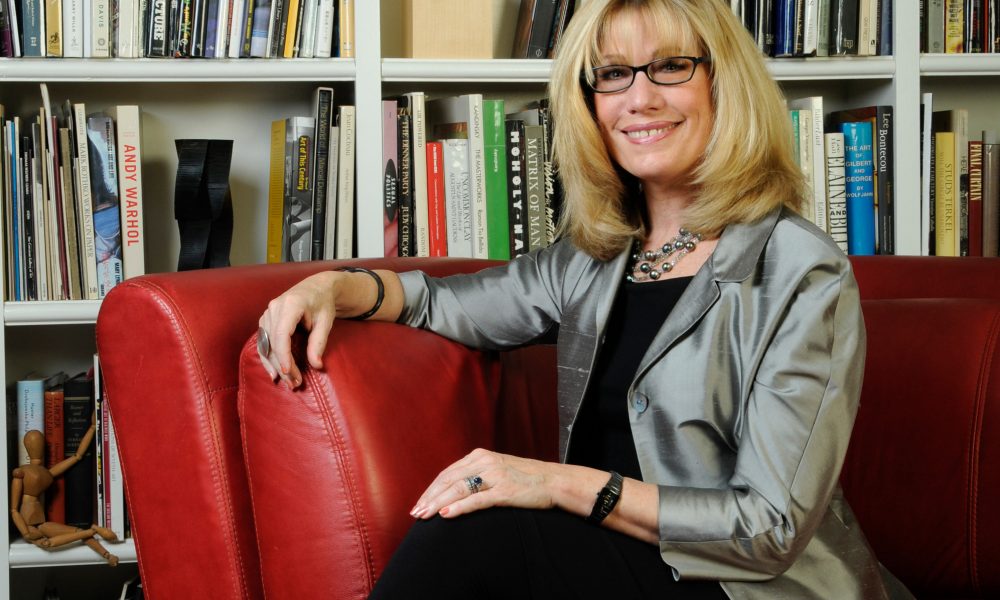 Today we’d like to introduce you to Carolyn Campbell.

Carolyn, can you briefly walk us through your story – how you started and how you got to where you are today.
I grew up surrounded by polymaths. My parents were voracious readers; social activists for everything from civil rights to animal welfare, and were life-long civil servants working for Federal agencies. Mom was also an equestrienne, pilot, award-winning writer, and gifted artist. Dad wrote as well, played the clarinet and taught dancing at one juncture. Both were avid techies long before the Internet and had CB radio-handles such as Mehitabel and The Flying Dutchman.

They were significant role models. I vividly recall floor to ceiling bookshelves in our house loaded with Sci-Fi novels and biographies. The only open wall space was covered with art. My childhood was also filled with evenings of artists, musicians and writers who were always crowded around the dining room table into the wee small hours. After coming home from a classical music concert one night, my parents woke me and my two sisters up so a violinist friend of theirs could perform, “The Flight of the Bumble Bee” especially for us. At the time, it seemed crazy, but I am grateful that they always showered us with great cultural experiences. It colored my entire life’s path.

Growing up in Washington, D.C., I flew my kite under the 500-foot-tall marble obelisk that is the Washington Monument and explored the wonders of the many Smithsonian museums on the Mall. At age eight, I would take the bus past the White House on Pennsylvania Ave and turn onto 17th street to the Corcoran Gallery of Art where I went to the Saturday Children’s Art Classes. I was in awe of what revered American architect Frank Lloyd Wright called the greatest example of Beaux-Arts architecture in the U.S. I didn’t know until high school that D.C. was planned by a Frenchman; Pierre Charles L’Enfant. He was responsible for the elegant design of the National Mall with its wide avenues for strolling. It planted the seed for my love of French design and history.

I graduated summa cum laude with a BFA from the Maryland Institute College of Art where photography and writing became my passions. After traveling in Europe, and on returning to the U.S., I was hired as the first Public Relations and Special Events Director of the Corcoran Gallery of Art where I promoted the American and European collections of this country’s oldest private museum; created receptions for visiting dignitaries, and held press previews for exhibitions by major international artists. It’s all I ever wanted to do; work with artists, make art and encourage the public to participate in it as well.

After five plus years, one of my mentors, PR mogul extraordinaire Henry C. Rogers (of Rogers & Cowan fame) recruited me to move to Los Angeles for a position at The American Film Institute where I worked on a retrospective of the films of Jean Luc Godard and a tribute to filmmaker Billy Wilder. Later, I was hired as a VP with the PR firm of Josh Baran and Associates in Venice, CA where I established the company’s arts, fashion and events division. It was under Josh’s tutelage that I honed my business skills for negotiating and contracting for top accounts. It was a dream come true. I had the privilege of working on both arts and social justice projects from Nuclear Sane Freeze, to the Lannan Foundation, to Martin Scorsese’s The Last Temptation of Christ.

The firm eventually gravitated toward a more corporate clientele and, at my art clients’ urging and with Josh’s blessing, I went out on my own and so, Campbell Communications was born. For seven years it was quite a ride; my clients included LA’s first art fair, the International Contemporary Los Angeles Art Fair, ART/LA at the downtown Convention Center. This annual event was at the forefront of establishing Los Angeles as a player on the international cultural stage. Sadly, in the early 90s, the economy tanked and not only my practice, but many others in my field suffered.

Fortunately, I had established a broad network of colleagues and the late Henry T. Hopkins, the then art professor and director of the UCLA Hammer Museum recommended me to the Dean of UCLA’s School of the Arts and Architecture as a possible hire for their Director of Communications and Marketing job. In my fourteen years at UCLA, while I continued a private consulting practice on the side, I represented the school at global cultural events, including the International Architecture Biennale in Venice, Italy and art and architecture exhibitions featuring UCLA faculty and alumni at the Centre Pompidou in Paris, France. I also directed communications for the school’s $120 million capital campaign; the grand opening of the $52 million Eli and Edythe Broad Art Center, and the $30 million gift that formed the UCLA Herb Alpert School of Music. When I left UCLA, I returned to my PR firm full-time where I have represented clients such as LA tech entrepreneur and philanthropist David Bohnett and his eponymous foundation.

Throughout the decades, I continued having my writing published and my photography exhibited at such places as UCR ARTS: California Museum of Photography, Los Angeles Contemporary Exhibitions, Baltic Centre for Contemporary Art in London, and at the Brickell City Center during Art Basel Miami. Simultaneously, my fascination for all things French evolved into a thirty-year writing and photography project based on the world- famous cemetery in Paris, Père-Lachaise, where luminaries such as Oscar Wilde, Edith Piaf, Colette and Jim Morrison of The Doors are buried. I learned cartography and designed a map of the cemetery, which morphed into a GPS tour app I created for Apple and Google devices. Then, this fall, my debut non-fiction, pictorial work, City of Immortals: Père-Lachaise Cemetery, Paris in collaboration with British landscape photographer Joe Cornish was published by Goff Books. City of Immortals was named #2 on the Los Angeles Times Bestsellers List for Paperback, Non-Fiction; #1 Hot New Release on Amazon, and #1 on the Paperback, Non-Fiction Lists of Book Soup and Vroman’s. It’s been a pleasure giving slide lectures about the cemetery’s rich history, celebrity residents and architectural significance to local groups such as the Alliance Française de Pasadena and the Society of Architectural Historians/Southern California Chapter (SAH/SCC).

While I was working on the book, my father died at age sixty-four. A year earlier, he had received his thirty-five-year-full pension from working for the government. His dream was to go back and finish college; then begin writing again. He never did. But he did give me the gift of his experience; on his deathbed he urged me, “Carolyn, never put off your dreams.” I heard that loud and clear. I wish the same for everyone. Do it now. Life is short.

We’re always bombarded by how great it is to pursue your passion, etc – but we’ve spoken with enough people to know that it’s not always easy. Overall, would you say things have been easy for you?
Though my parents were wildly talented, they didn’t come without their baggage that was passed along to me. Looking at what has hampered me in my life, and taking responsibility for changing my behavior has made me the success I am today. I grew from those challenges. Happily, my parents were grateful for my making those changes as well. One major professional and personal challenge is balancing one’s passions without burning out. I am also politically active, so there’s a lot to juggle. The fear of financial insecurity when you run your own business can be soul crushing. However, if you are confident that you are doing your right livelihood, combined with a solid understanding and implementation of business practices, it’s a winning combination for a long and successful career.

Please tell us about your work.
I have dedicated my entire professional career to the promotion and advancement of the creative communities on both the east and west coasts. My consulting practice handles the visual and performing arts, architecture, design, books, education, entertainment, lifestyle, philanthropy and social justice. I was one of the only PR firms to specialize in the arts in the mid-80s in Los Angeles. Now, I count many arts colleagues who have since established their PR practices, among my good friends. I have mentored many; and we are each other’s confidants and champions.

In tandem with my PR career, I have also committed to my own personal creative projects such as City of Immortals. The book has been a natural outgrowth of all my interests and I will continue giving lectures and participating in literary events.

So, what’s next? Any big plans?
I have recently been invited to teach a graduate level course in arts and communications. I look forward to designing the syllabus this coming summer for the start of fall classes in 2020. It’s another exciting chapter in a fulfilling career in the arts where I can pass along my professional experience to the next generation of cultural leaders. There might even be another book coming as part of that process! 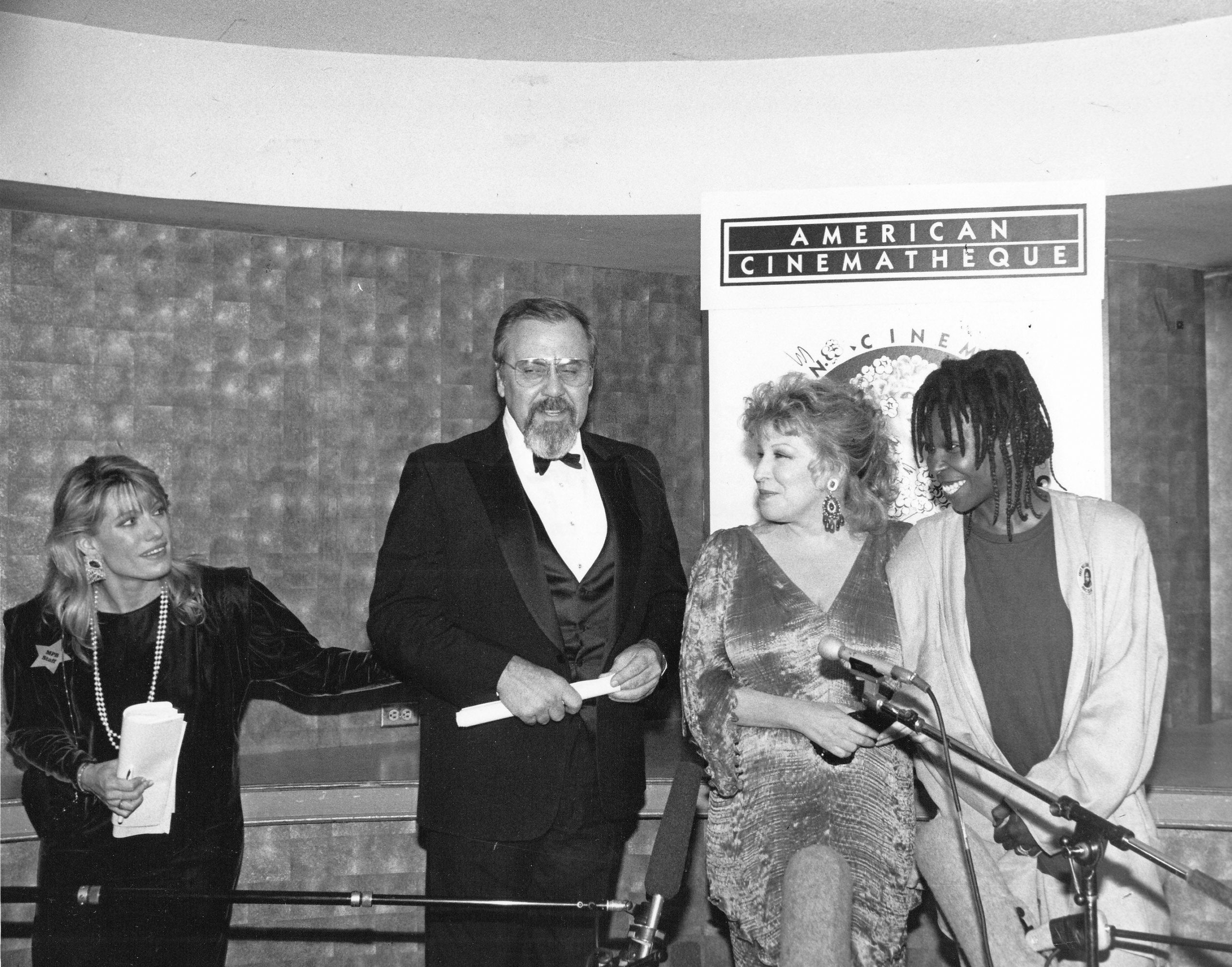 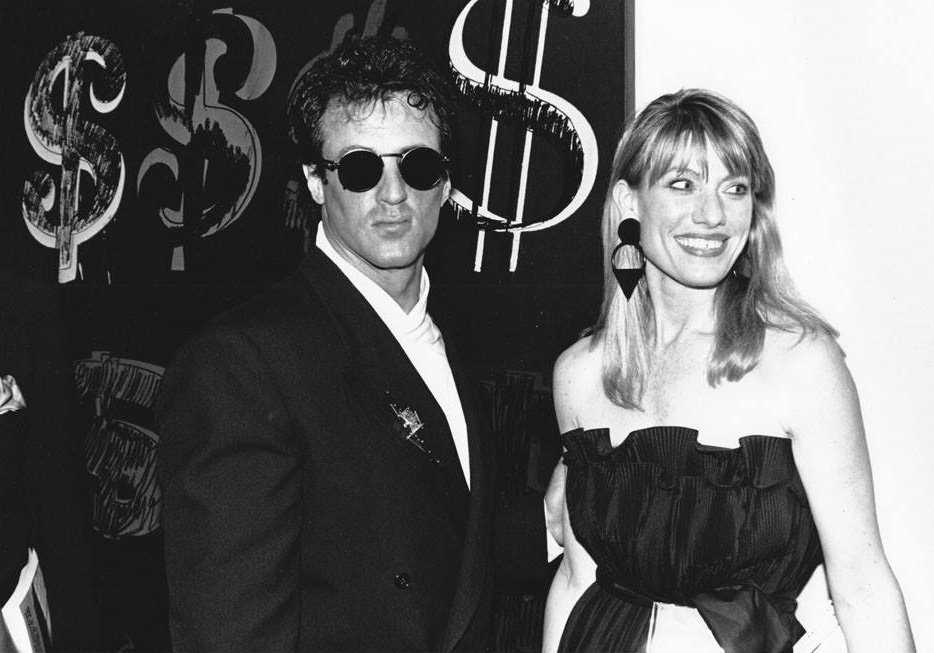 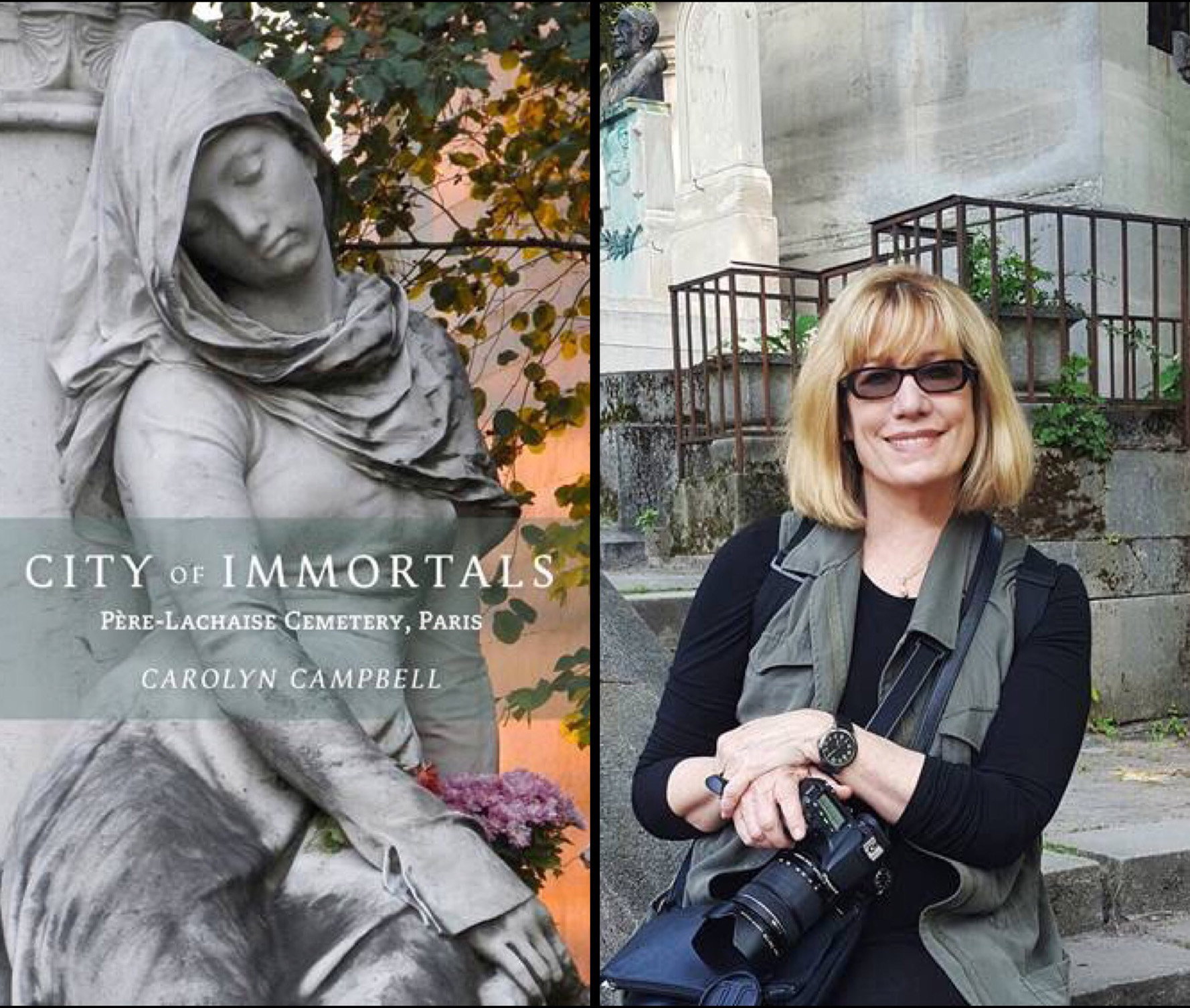 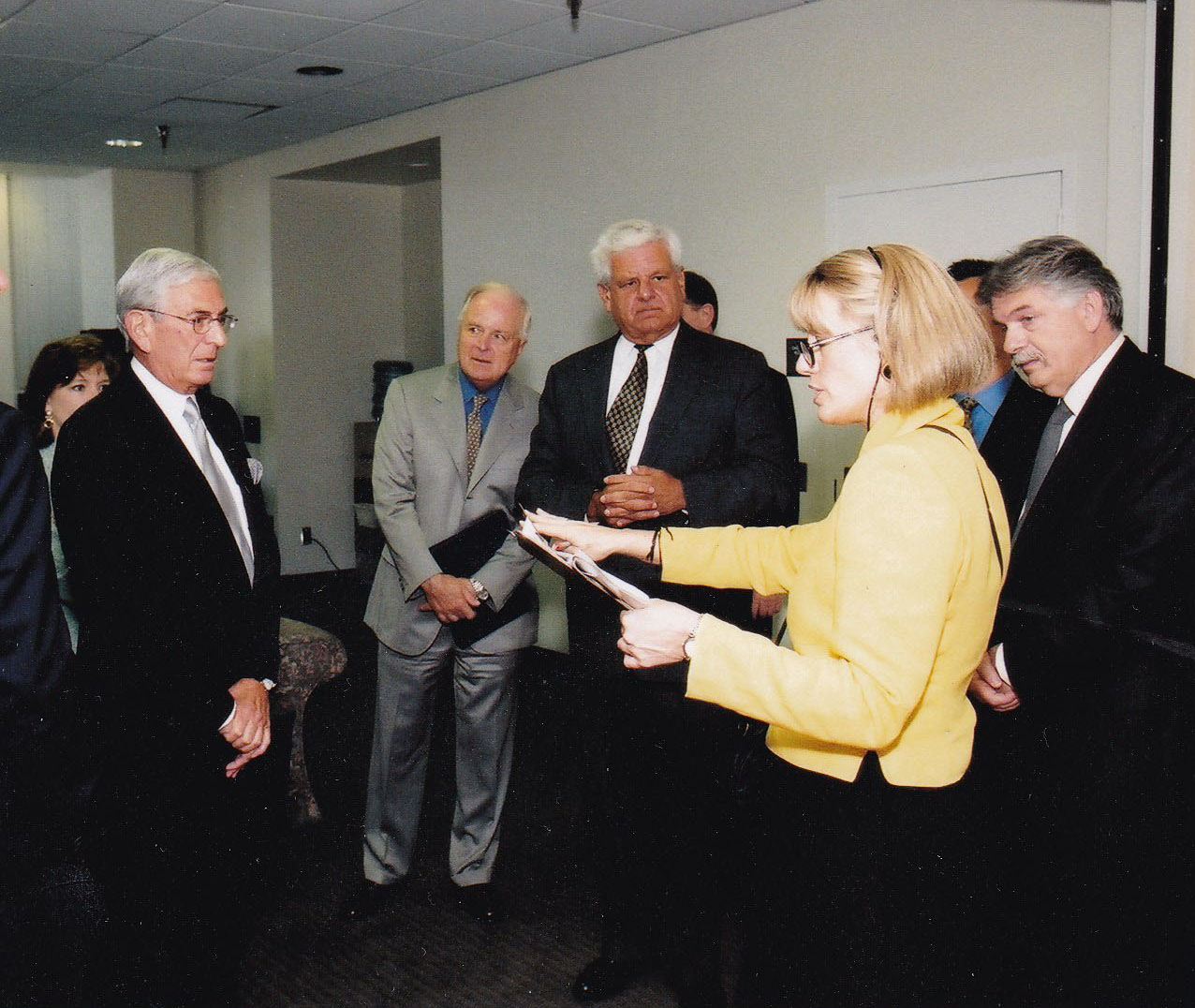 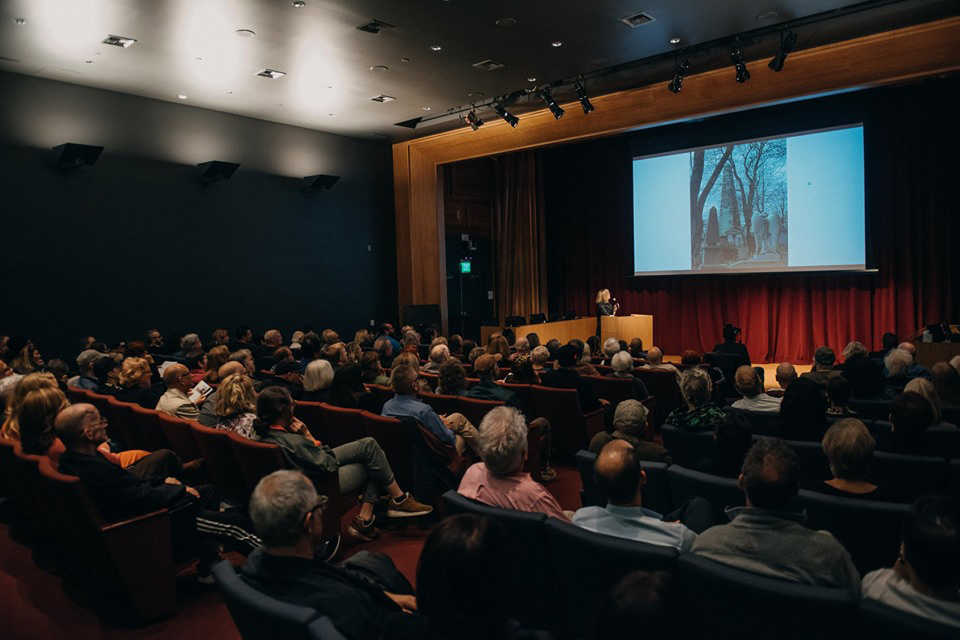 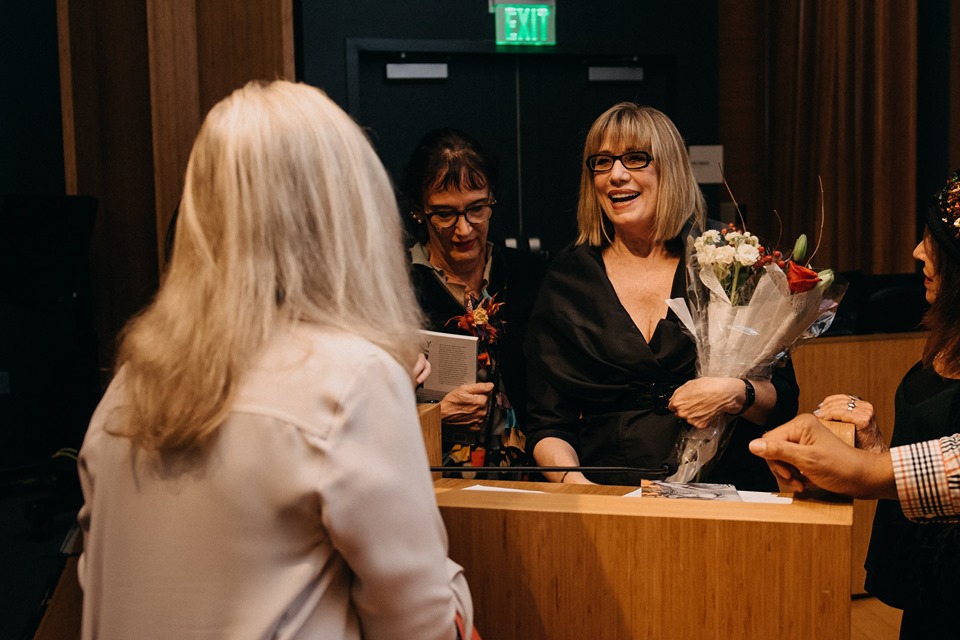 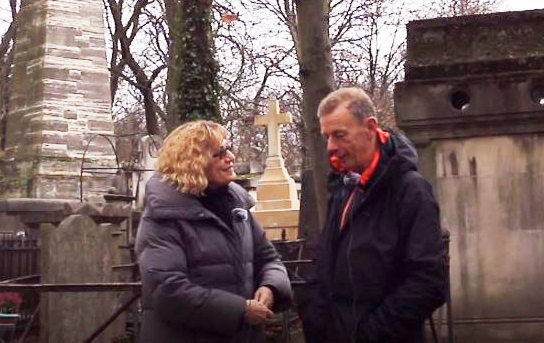