Meet Candice Lenoir of Your Path Productions in North Hollywood 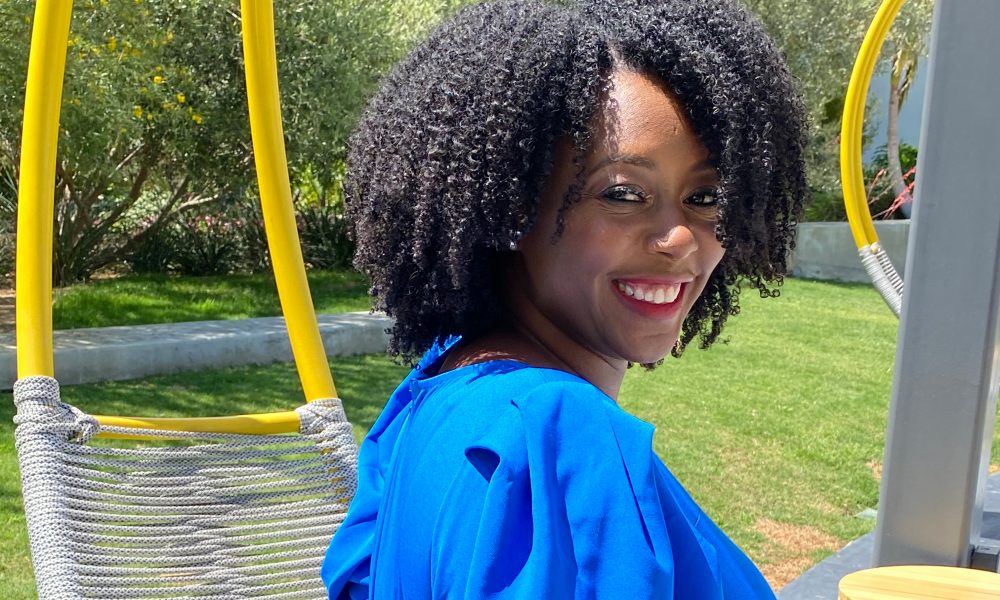 Today we’d like to introduce you to Candice Lenoir.

Thanks for sharing your story with us Candice. So, let’s start at the beginning and we can move on from there.
I was born and raised in Chicago, IL, and the South Suburbs of IL. As a child growing up in Chicago, I’ve seen and experienced my fair share of obstacles. As a kid, I was always curious about life and wanted to reach for the stars. I fell in love with the movie Lady Sing The Blues. Movies like this sparked something inside of me. I knew I wanted to make people feel something. Rather they laughed or cried, I wanted to move them and give them a moment to escape because that is what movies were for me.

As a young kid, I was involved in all kinds of activities, ballet, modern dance, weightlifting, kung-fu pottery, they had it, I did it. It wasn’t until I was in the 5th or 6th – grade when my school decided to have a musical. This is when I got my chance to act. The musical was the Wizard of Oz. I was so excited because Diana Ross at that time was my favorite actress from Lady Sing The Blues and Mahogany. Now I wasn’t a singer or at least I wasn’t confident in my singing abilities, but I was so excited to play one of the munchkins and other small roles in the musical. Doing that musical is what set off the acting bug in me. Unfortunately, there were not a lot of programs where I grew-up that provided acting opportunities.

When I was in 7th – grade, we moved to the North Suburbs for a while and OMG. They had a full theater program in the junior high. That year I transferred in the middle of the school year and I joined the chorus and was in the school play. Towards the end of that year, we attended a play at one of the local high schools in which rivaled many that you would see on Broadway. I was mesmerized; I knew I wanted to act. I loved the feeling I had inside. It scared me and gave me joy at the same time. In my 8th – grade year, I was cast as one of the main characters in my school play, but I would never get a chance to do it because my mom passed that year and we moved to the south suburbs with my grandmother. The school I enrolled in did not have a theater program. After graduating from 8th – grade, I tried enrolling in a high school that had a theater program, but I did not live in the school district. So sports became my outlet. I put all of my energy into sports. I had an opportunity to do a choreographed poem for our school and that was the first and the last time I acted in high school.

When I attended Florida A&M University for school, I sought out to minor in theater. However, due to my strenuous business curriculum, I did not minor in theater during my freshman year. It wouldn’t be until my junior year when all of my business courses were full that I started taking theater classes. Being at the FAMU Essential Theater brought up all the feelings I had as a kid. I would battle with making the decision to continue in my business program or switching to the theater program. For financial reasons, I stayed in the business program. After graduating, I would move to New York working in Corporate America, but I had my eye on the film and TV industry. I then studied at the William Esper Studio 2 Year professional acting program and left my high figure-paying job.

In New York, I garnered over 20 independent short and feature films under my belt. I was not only an actress but I also worked behind the scenes as a producer, line producer, and assistant director. Upon moving to LA, I continued acting in films and web series and to further sharpen my skills and in search of finding a community similar to what I had in New York, I continued my studies at the Richard Lawson Studios. Through the PDP program at RLS, I found my voice in filmmaking and created 13 short films.

In 2015, I started my production company, Your Path Productions. Under the production company, I’ve written/produced/starred in the film “Dating & Waiting” which did extremely well in multiple film festivals. In addition to creating a short film entitled, “The Moment”. In 2020, I established Your Path Scholarship. Also, this year under Your Path Production I self-published my debut memoir “Being Number One: Overcoming Obstacles and Healing Your Inner Child”.

We’re always bombarded by how great it is to pursue your passion, etc – but we’ve spoken with enough people to know that it’s not always easy. Overall, would you say things have been easy for you?
It hasn’t been a smooth road getting here. I’ve lost both my parents at an early age. One when I was thirteen and the other at eighteen. Each time my passion presented itself something would happen and I would have to tuck that desire away. With the various obstacles in my life, I found myself choosing routes at the beginning that we’re safe and guaranteed. I didn’t think I had room to dream. However, underneath the burning desire continued to rise and I couldn’t ignore it.

Some of the greatest struggles were internal. I had to give myself permission to dream and not be safe. I had to learn how to validate myself and not look for outside things or people to validate me. While I was working in corporate jobs, I had to learn to recognize what they were. They were financial pillars to fuel the career I was pursuing.

The advice I would give young men or women charting there on course:

1. Know that you are a genius and trust your instincts.
2. Allow the No’s to motivate you and the Yes’s inspire you to push even further.
3. Give yourself grace and forgiveness.
4. Discover your purpose and don’t forget it.
5. Do not be afraid to fail forward.

So let’s switch gears a bit and go into the Your Path Productions story. Tell us more about the business.
The heart of my company Your Path Productions is a company that is based on charting your own path and finding your own voice. It currently has three legs. The film side focuses on stories of people finding their path and telling their truth. Currently, two films have been produced under Your Path Productions. “Dating & Waiting” and “The Moment”. Two projects are currently in development. The Scholarship side, “Your Path Scholarship” is for African American/Black students majoring or minoring in the Arts (Dance, Film, TV, Theater, Music) attending Historically Black Colleges and Universities. Your Path Publishing is the publishing side that would house self-published books. The first book under this leg is my debut memoir “Being Number One: Overcoming Obstacles and Healing Your Inner Child”.

Has luck played a meaningful role in your life and business?
I believe God has played a meaningful role in my life and business. I don’t normally subscribe to luck. However, I do believe the saying when preparation meets opportunity magic can happen. I am aware of the blessings of the people I have encountered or surrounded myself with. I don’t always know what role these people would play in my life or moving my career forward. However, when I get the feeling on the inside that this person has some purpose in my life, I listen and allow things to unfold and they always do. Maybe not right away, but eventually. 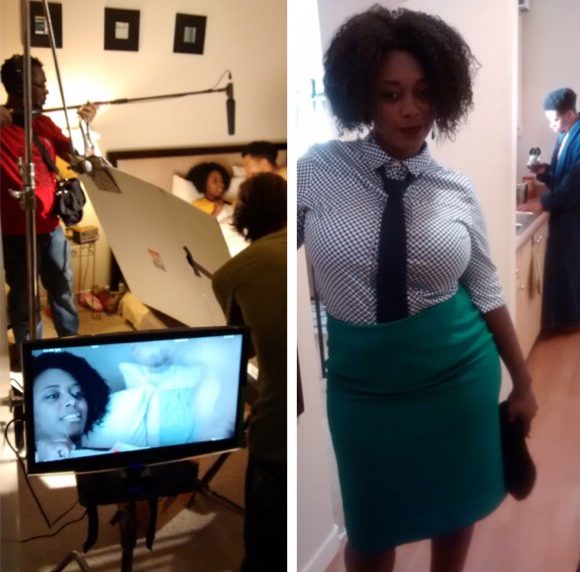 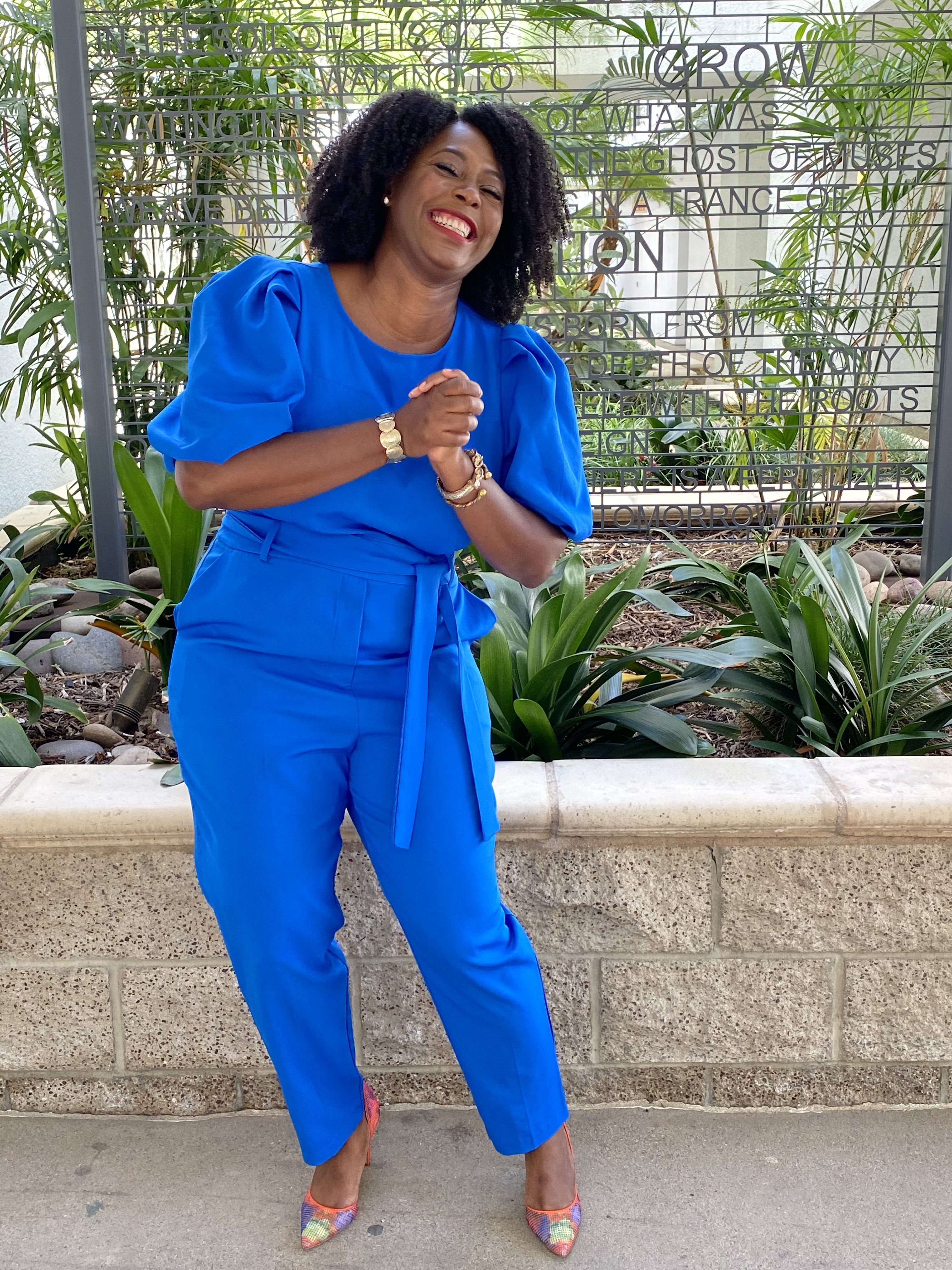 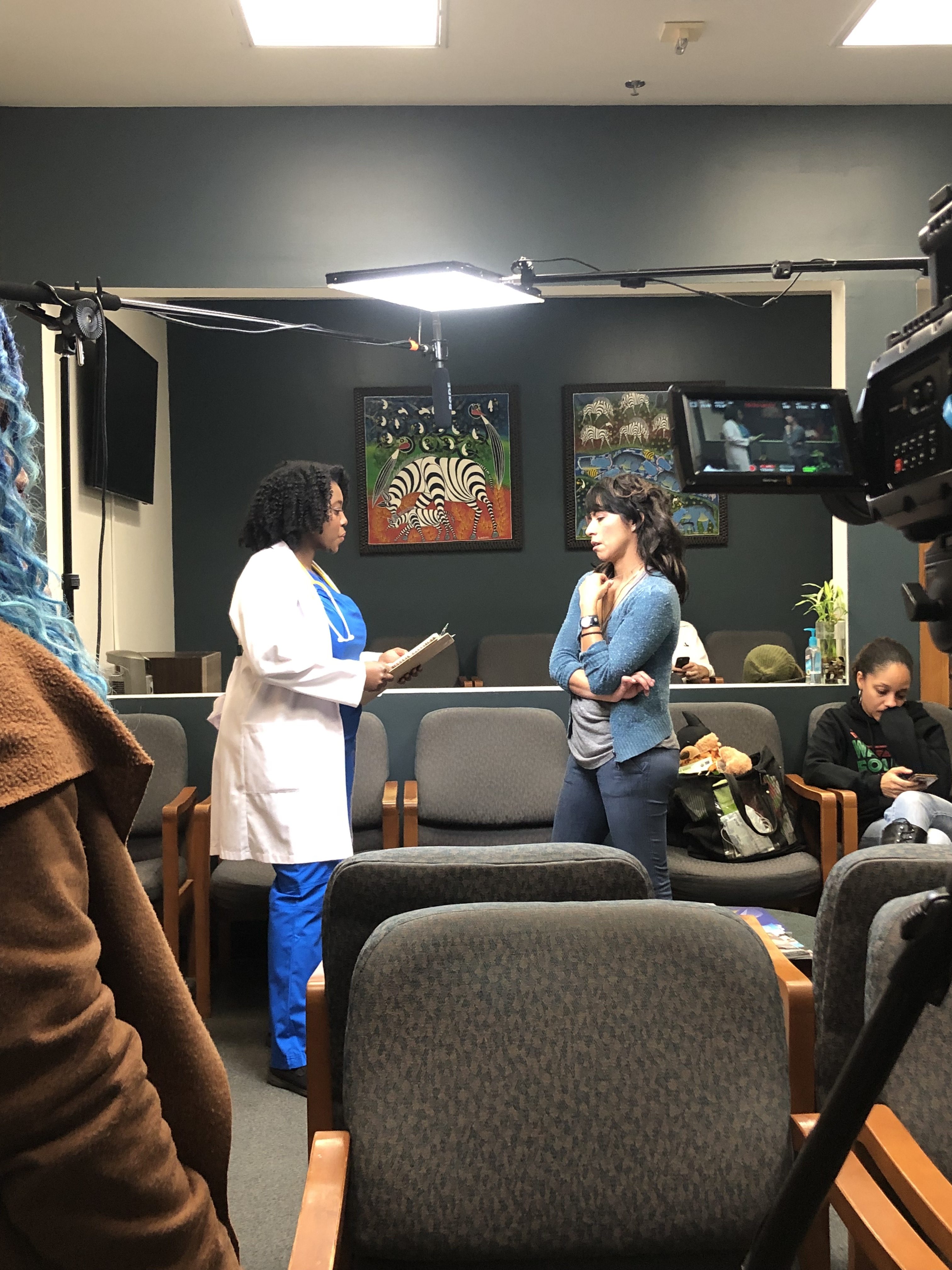 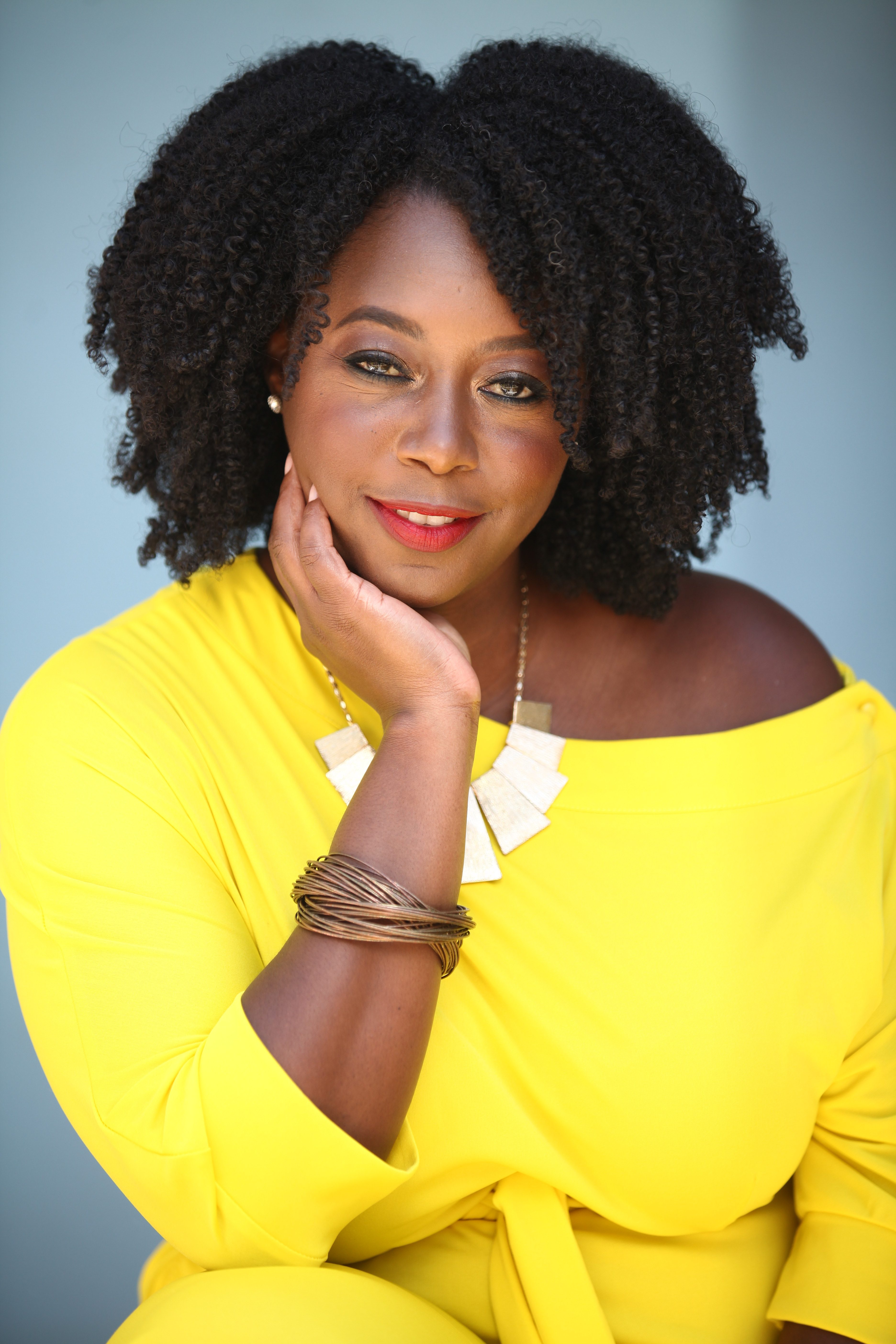 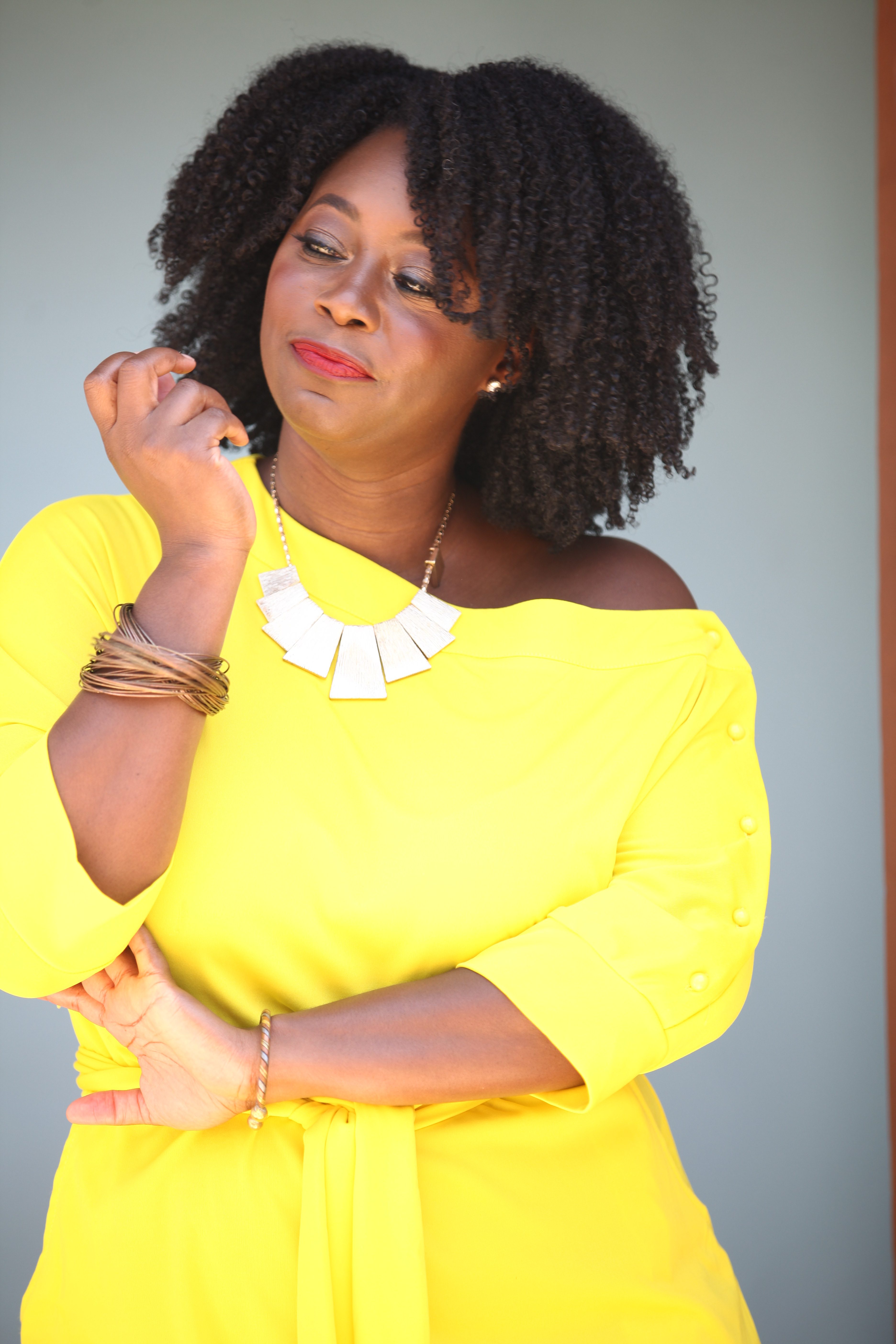 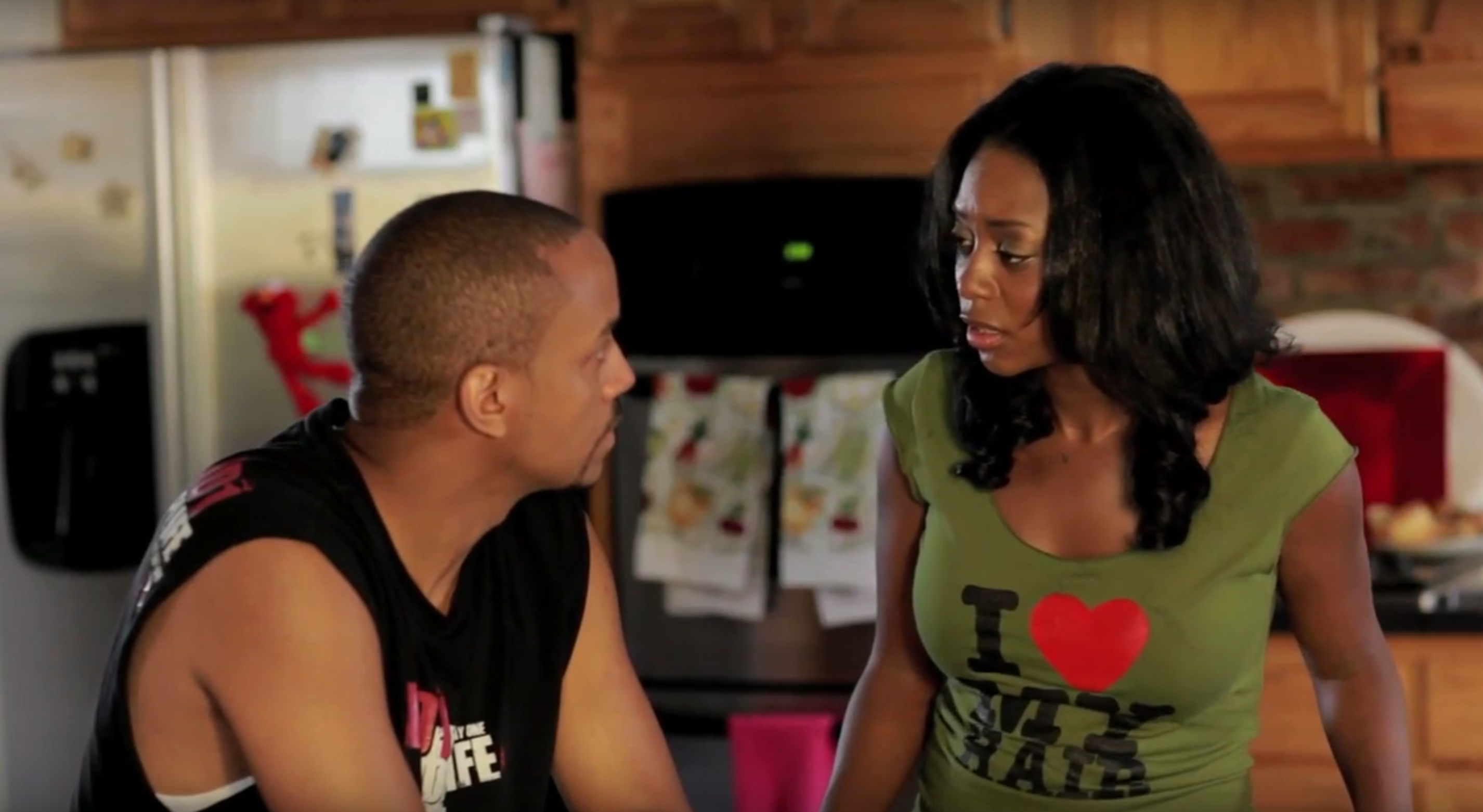 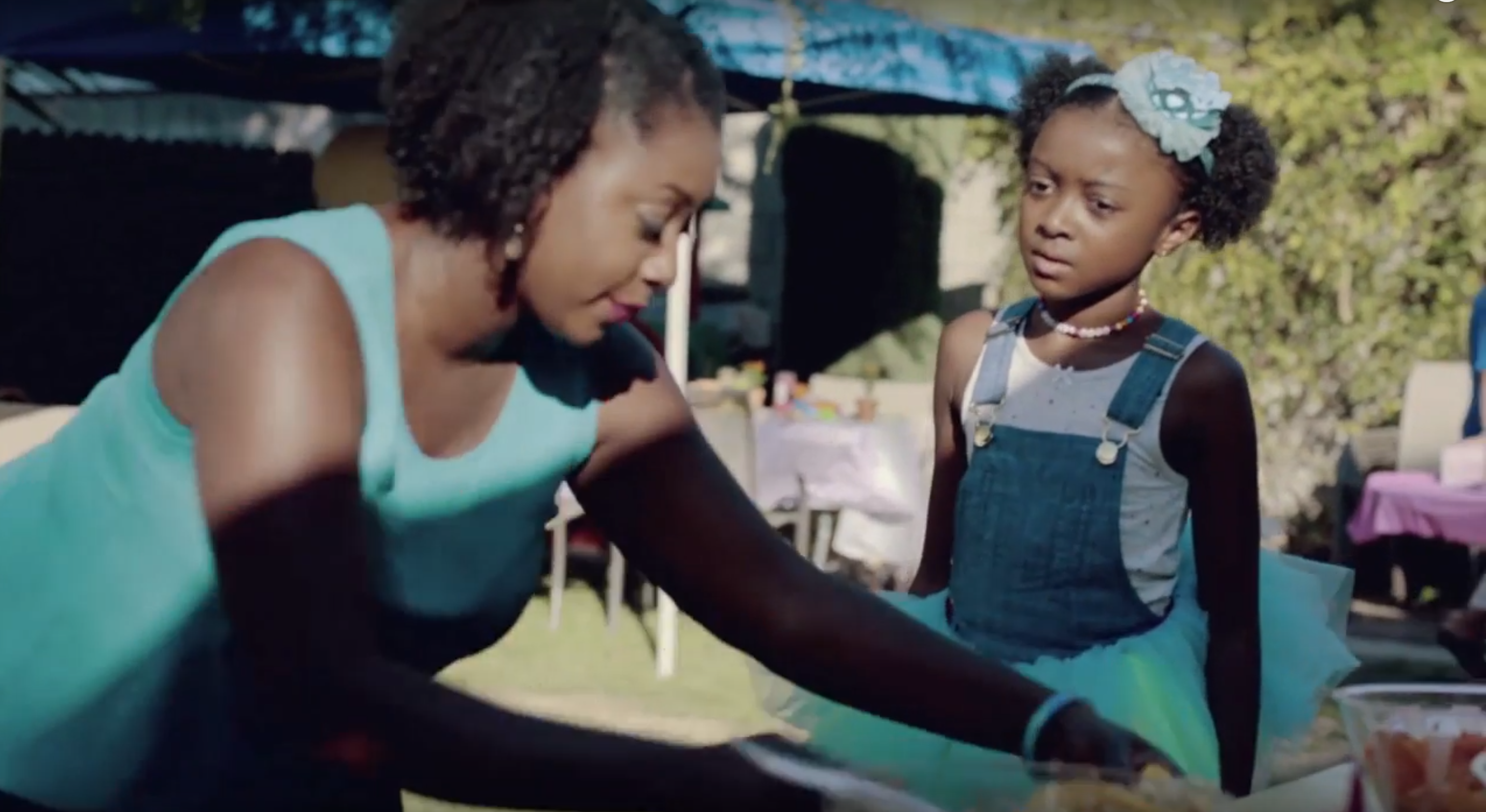 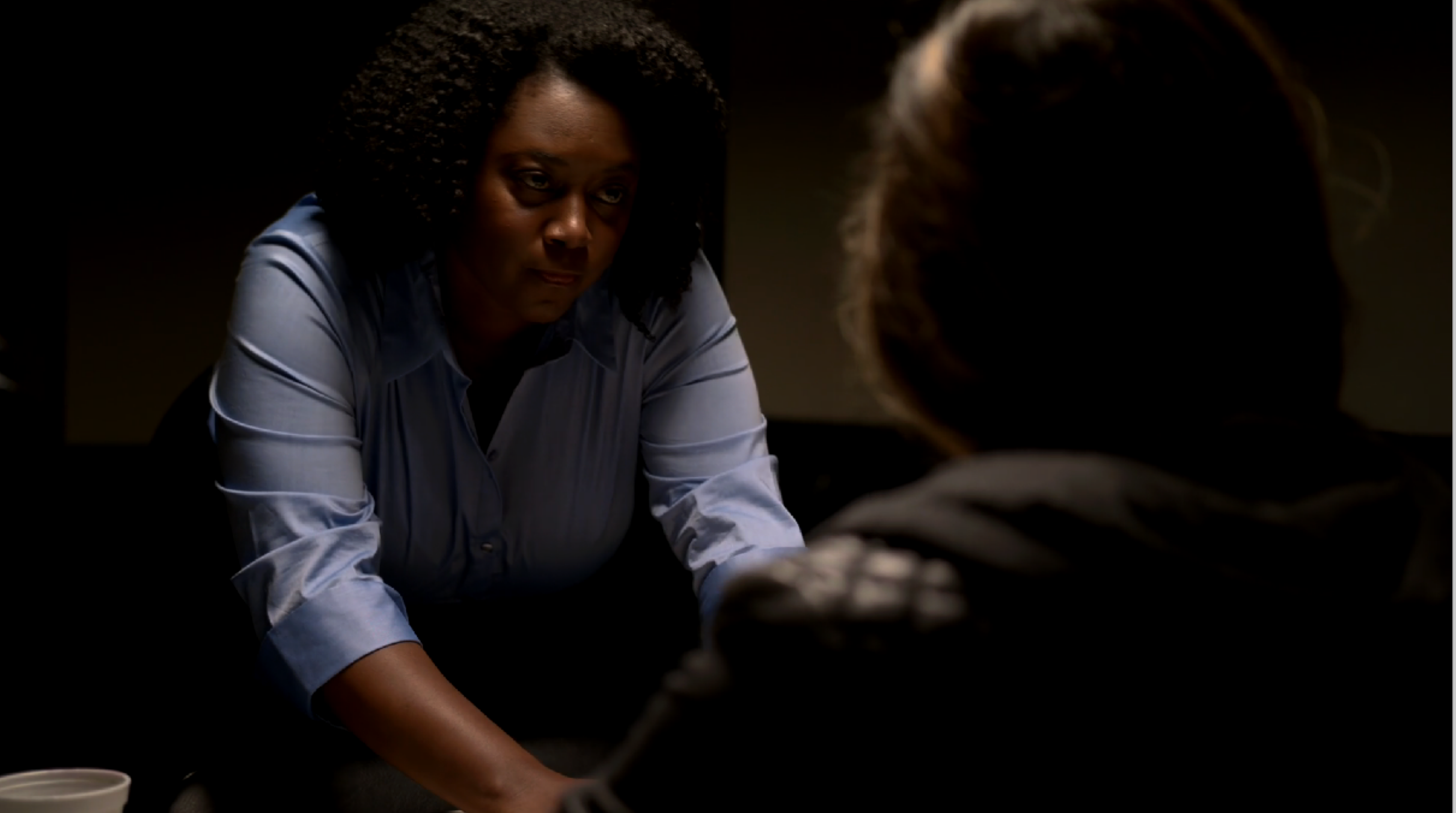 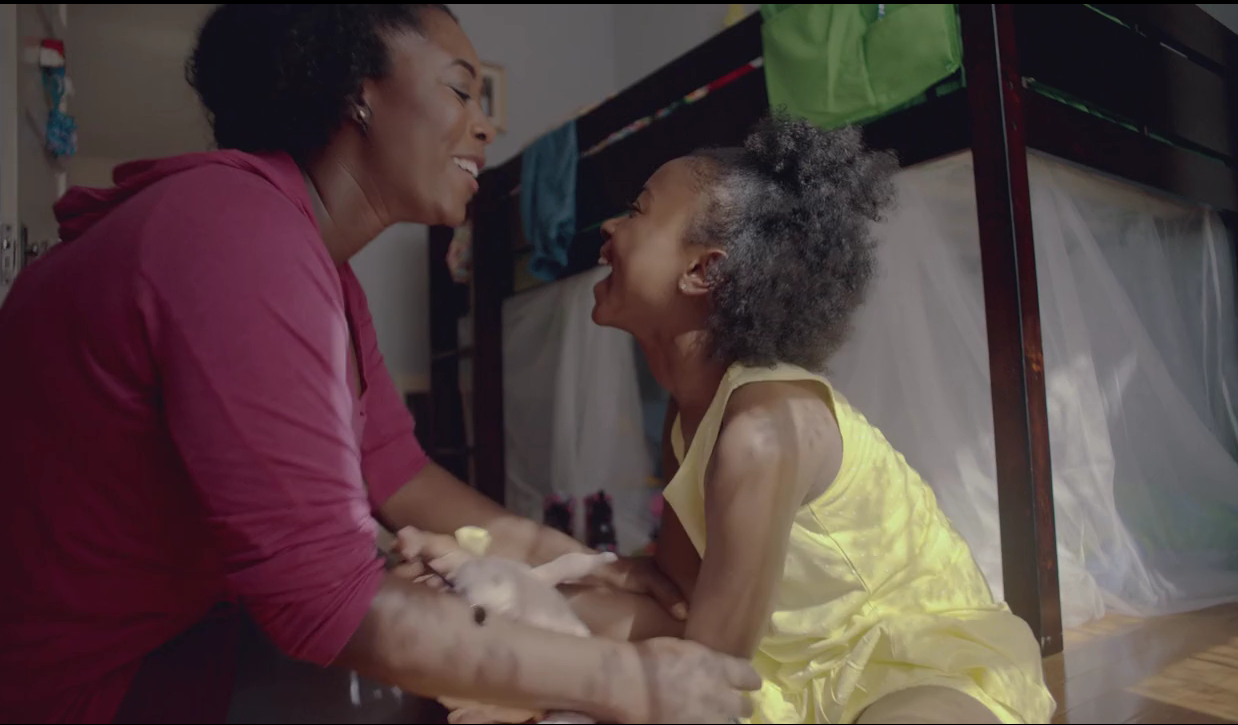 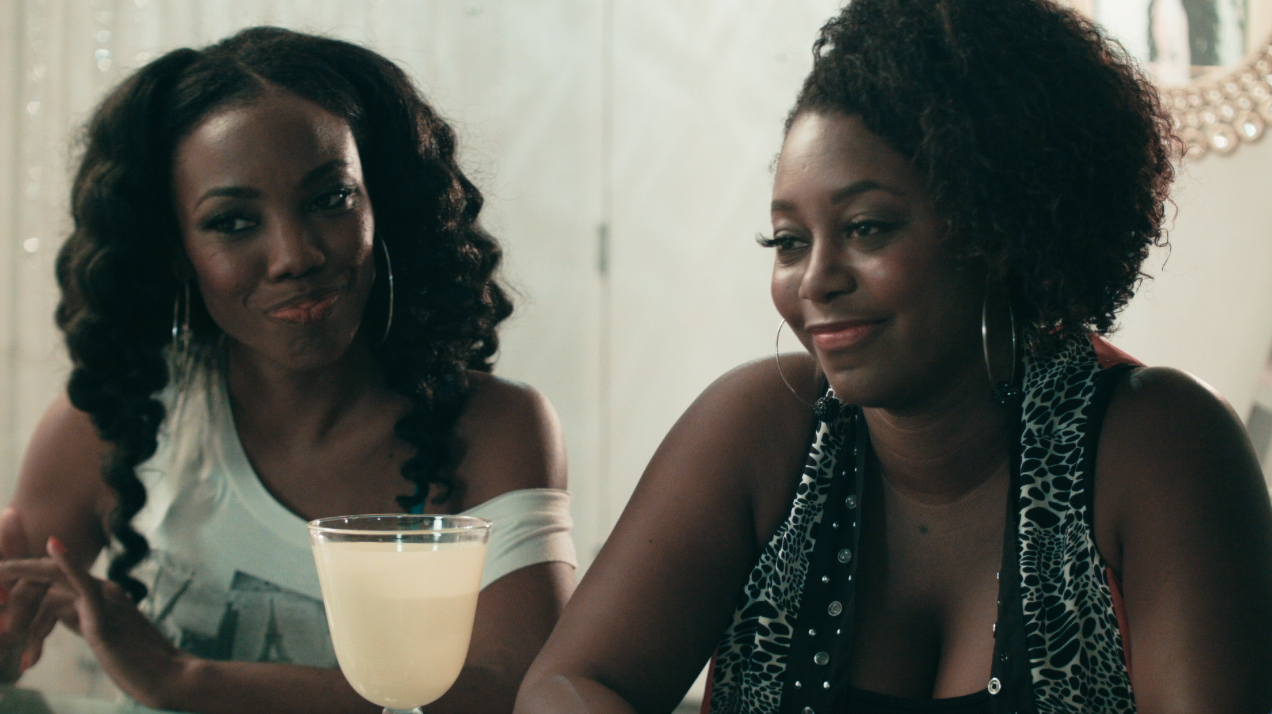