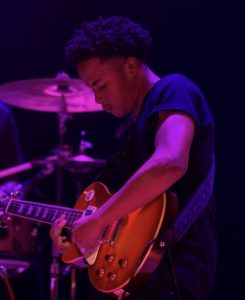 Today we’d like to introduce you to Caleb Spikes.

So, before we jump into specific questions about the business, why don’t you give us some details about you and your story.
I started my musical journey when I was a baby. My dad was a saxophonist from Houston, Texas and he moved to California in his adult life. So I was always around music. I was inspired by him and his playing. When I was about 3 or 4, my grandma bought me my first drum.

From then on, it was go time. My dad would often try to put a guitar in front of me and I would kind of mess with it but I was stuck on those drums. My parents went and bought me my first drum set. It was a First Act 4 piece drum kit. I was so into drums, and I played pretty much everyday after school and all day on the weekends. I always thought I was just going to be a drummer all my life. I would also play drums at my church called Vinelife Christian Fellowship in Riverside at the age of nine. That all changed when I turned seven and they bought me a five string bass. It was so beautiful to me, so I was then stuck on that for a while. I was getting better at it and eventually, I just became a drummer and a bass player. I thought it was going to stop there, but it all changed once I turned 13.

My parents then bought me an electric guitar. I literally stopped playing drums for a while and was just playing the guitar. It was like I found another love. I loved the guitar like when I loved the drums. There was an issue with my playing though. I was relating my guitar to my bass, so I was just playing what they call “chicken pickin” and playing one noted lines like I would on bass. My dad told me that I had to learn to play chords and songs. So he sat down with me and helped me learn chords. After I learned those simple things, that’s when I started to learn on my own. I began playing guitar for the same church when I was 15. The type of music I played in church was pretty simple. I then began to get into a different genre, R&B. I would always listen to Motown and old school music. My top favorite artists are James Brown, Prince, Stevie Wonder, Pj Morton, and HER, and D’Angelo. When I would listen to these artists, it would give me so much different great vibes. I started incorporating these people’s music into my playing and it expanded my musical mind.

Now I’m a professional musician playing drums, bass, and guitar. But I mainly get calls to play guitar. It pretty rare when people need me to play bass or drums, which is okay that people mainly see me as a guitar player. I just come to bless people with my playing and change lives. That’s my main goal. I’ve played guitar for artists such as Skip Marley and Alex Isley. I played for an event called “Hollywood Live Event” in LA, and it’s been hosted by comedian Bill Belemy and actress LisaRaye McCoy. I’ve been blessed to have had the opportunity to perform at these different events and meet these famous people. But then Covid hit and music just collapsed. I came back up when I won a competition on Instagram live and won $300. I then had the opportunity to play on KJLH Radio station for the “Quarantine Concert Series.” The pandemic has been pretty crazy but I thank God that He’s brought me through this far. I know I have more purpose in this life and God has more plans for me. Now I’m still playing in church and doing live streams for other churches in the Inland Empire and Los Angeles.

We’re always bombarded by how great it is to pursue your passion, etc – but we’ve spoken with enough people to know that it’s not always easy. Overall, would you say things have been easy for you?
The only rough part was learning and developing my gift. It took a lot of discipline and persistence. Sitting in my room all day practicing drums, bass and guitar. Trying to keep up with all of them so I can maintain my versatility.

Can you give our readers some background on your music?
I play drums, bass and guitar professionally, but I mainly get calls to play guitar. That’s what I’m really known for. I’m my own brand, and I try my hardest to get everything done as perfect as it can be. Nothing can be perfect, but I strive for perfection in my music. No matter how many takes, no matter how long I have to practice, I will strive for perfection.

What were you like growing up?
Growing up, I’ve always been a clown. I wanted to make everyone laugh till their stomach hurt. I was a normal kid that had a lot of energy. I played like a normal kid outside, but when it came to music I was focused 100%. I always had this unexplainable joy and that only comes from God. 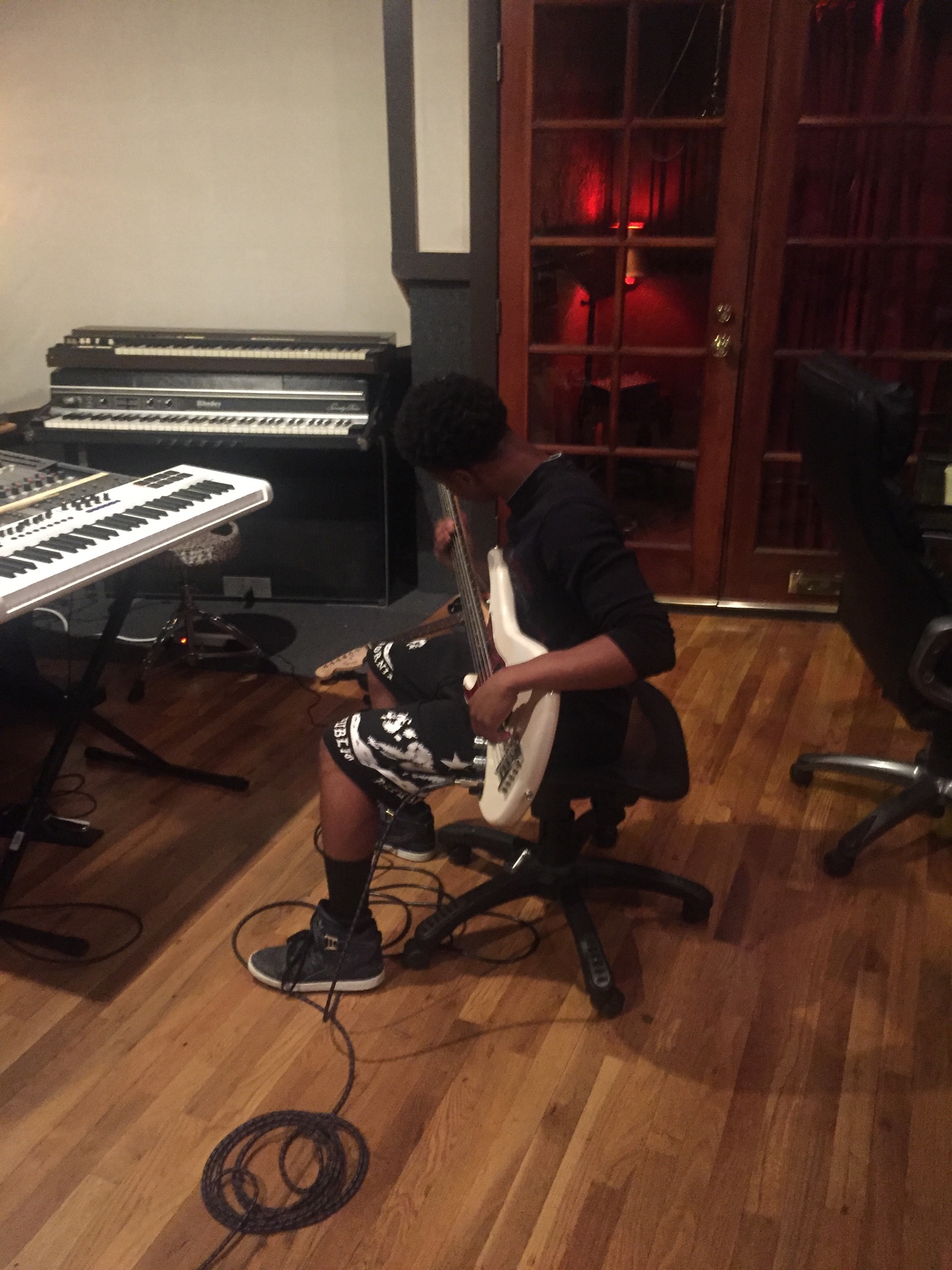 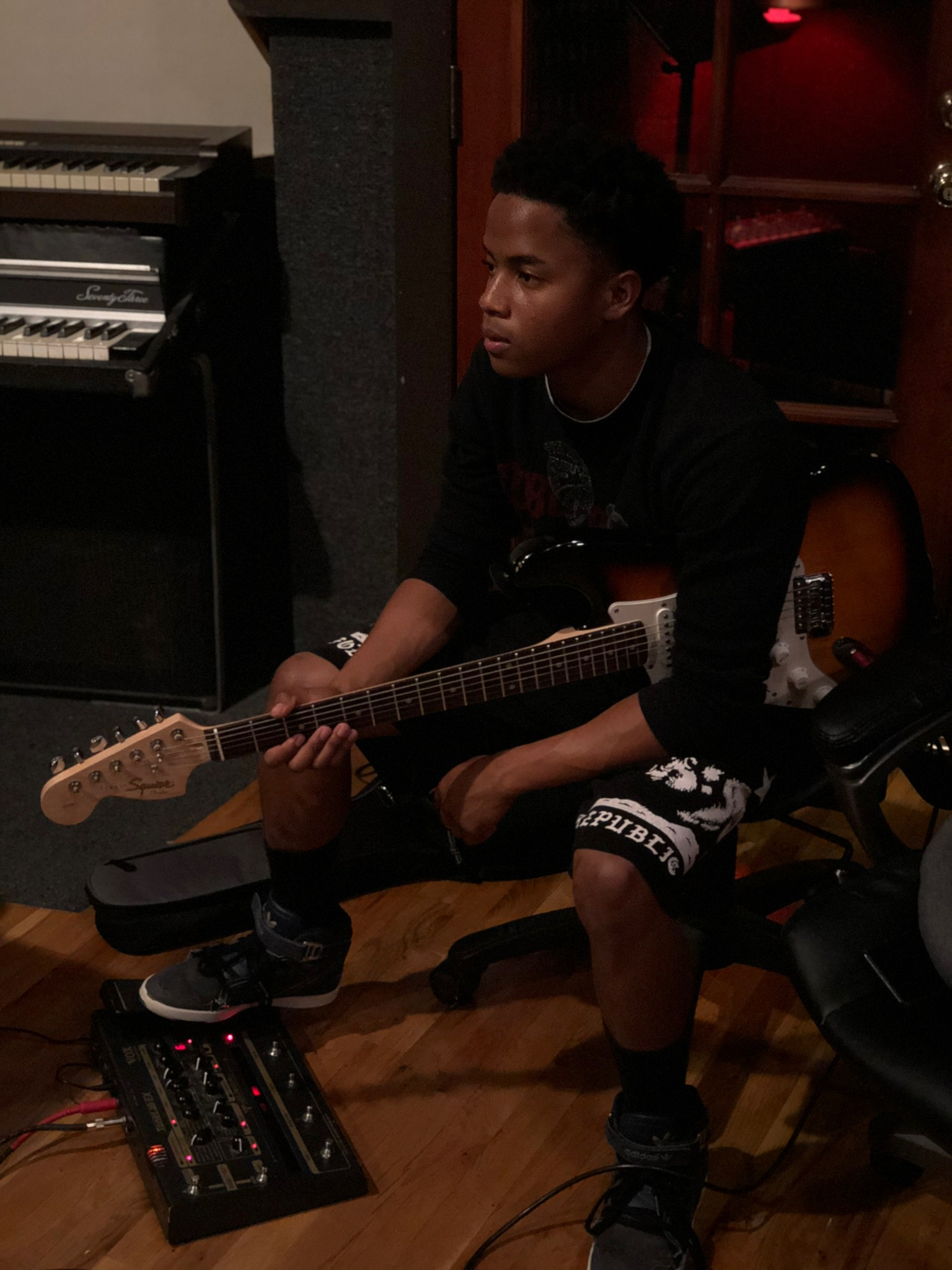 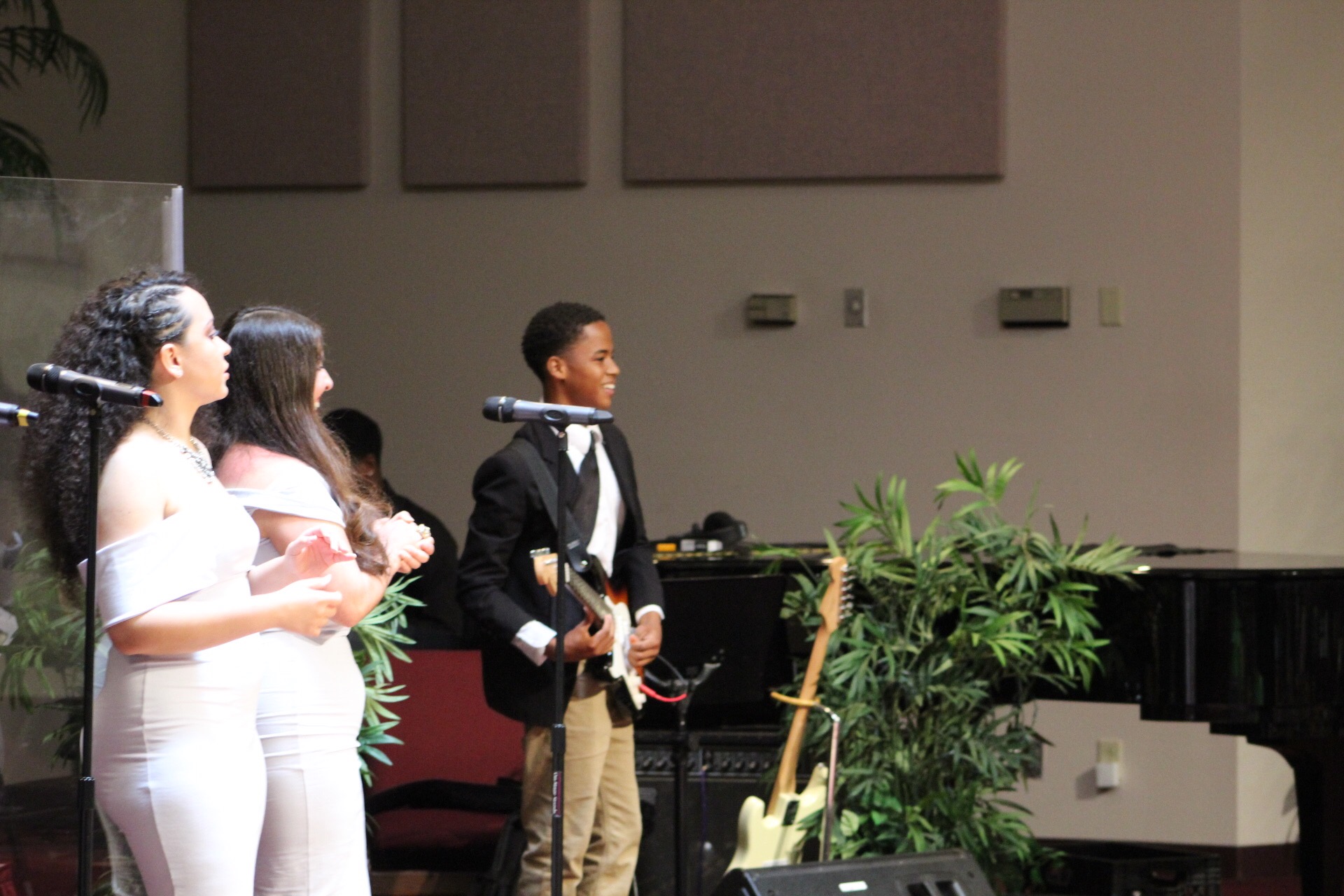 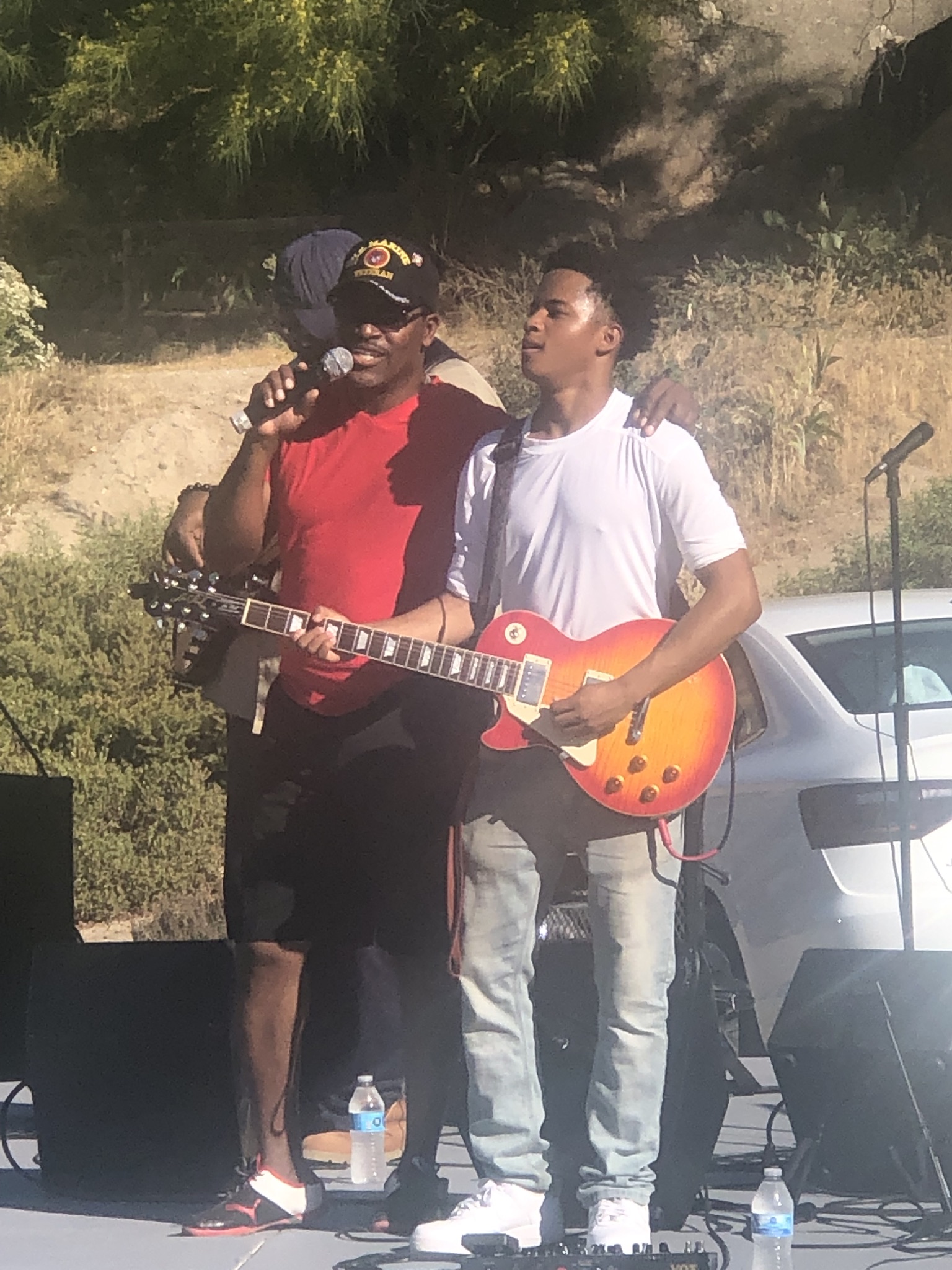 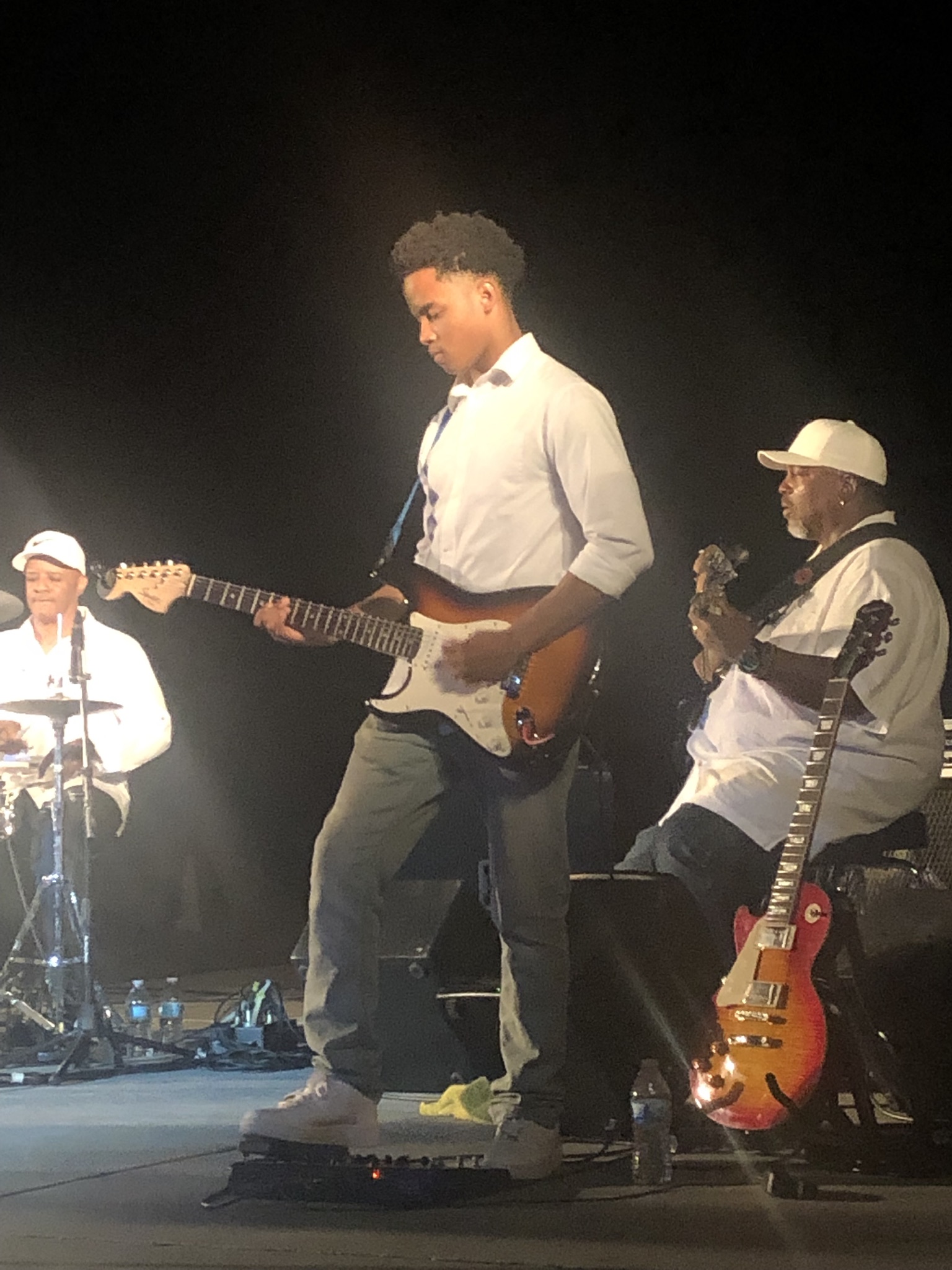 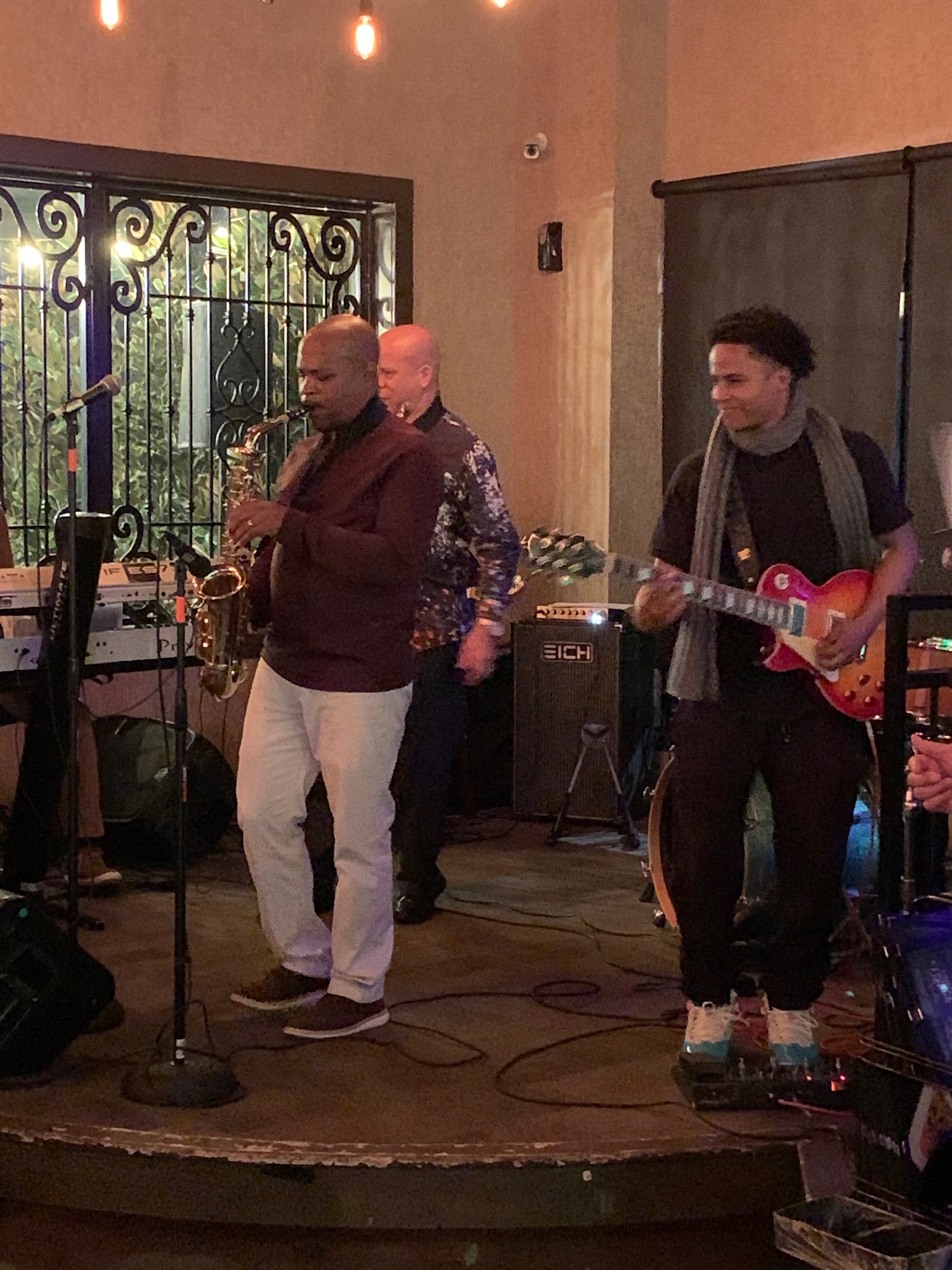