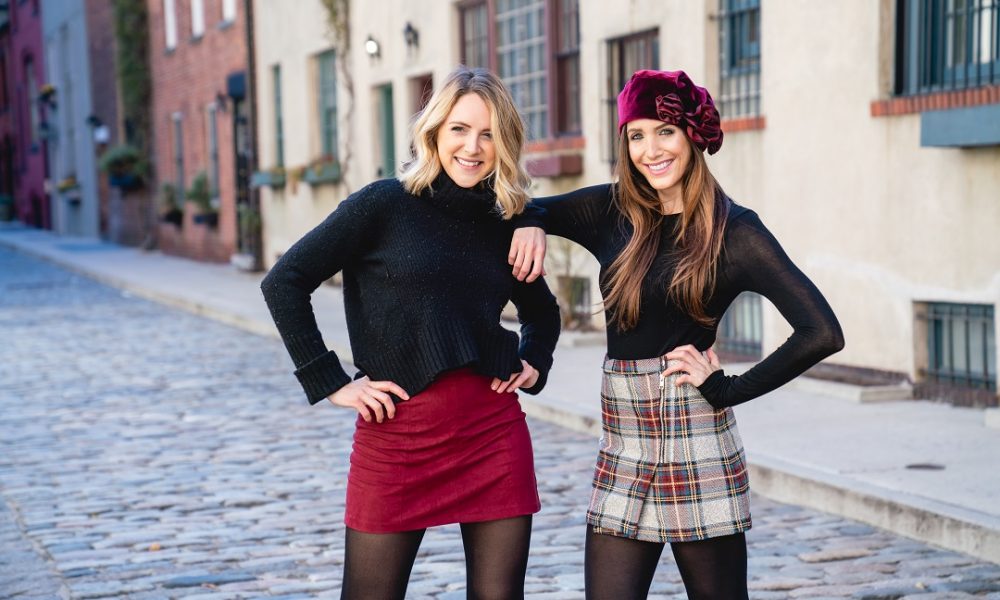 Today we’d like to introduce you to Brooke Hutton and Morgan Carroll.

Thanks for sharing your story with us Brooke and Morgan. So, let’s start at the beginning and we can move on from there.
In 2015, I had an idea to do a web series that showcased people with interesting out-of-the-box type jobs. I was aiming for a more compassionate, heartfelt series that would give people a glimpse of the lives of others. I was given a GoPro camera, and decided to put it to good use! I filmed several interviews and tried to incorporate the uniqueness of the camera. For example, I interviewed a surfer in Malibu, California because the camera could attach to a surfboard so we decided to get shots in the water. I called the series “Your Shoes – Your Story.” I filmed several interviews including one with my brother who was a Chef on Martha’s Vineyard. At that point, I decided I wanted to do the series with a co-host and so the project was put on hold. In 2018, after joking around with my friend that I would never be on LinkedIn, I decided that my web series would zero in on jobs specifically outside the corporate world, infused with my innate, self-deprecating sense of humor.

In late 2019, I met Morgan on the set of an FX Documentary that we were both starring in. We hit it off immediately and I just knew she was the missing puzzle piece. When I asked if she would consider co-hosting a web series with me, Morgan jumped in, a hundred and ten percent! Our sense of humor and personalities were upbeat and energetic and meshed perfectly. I live in Los Angeles and Morgan lived in Brooklyn at the time, and since I was planning a trip to the east coast, we decided on NYC for season one, and LA for season two. We did a lot of long-distance work via phone, facetime, voice notes, and google docs before actually filming. With only one week together, we knew we had to make the most of it. I truly think it was the most productive week I’ve ever had – we pretty much utilized 24 hours each day and barely had any sleep!

With our tripod and huge bags, we took to the streets and wandered NYC asking anyone and everyone if we could interview them. We set up promo shoots and even began editing right that week. The two of us did the hosting, producing, and editing, along with my mom, our “momager.” It took many months of editing before we finally launched in April 2020, coinciding with COVID and Quarantine. Releasing 24 episodes has been exciting and time-consuming, but the timing could not have worked out more perfect with things slowing down in the entertainment business. We felt is was an opportunity to distract people and bring laughter into their week…

Great, so let’s dig a little deeper into the story – has it been an easy path overall and if not, what were the challenges you’ve had to overcome?
The main struggle we encountered were the rejections when asking people if they were willing to interview, along with trying to utilize the short time we had together in New York. Morgan flew out to LA in 2020 to help finish some final pieces in the editing process. We had some minor technical issues with our promotional footage that was supposed to air prior to the series, intending to give the series more context. Unfortunately, we could not make that work. That was probably our principal obstacle because we had to air the episodes without a true understanding of our purpose for the series. Another small obstacle is the promotional aspect. The creative part was easy for us since we are both extremely artistic, creative, and gifted with those strengths, but that’s only half the battle. Promoting in this day and age can be time-consuming, and gaining momentum and national exposure is a long road that we are persistently working on. Although the road is long, we continue to work diligently to achieve those goals!

Please tell us about Obviously Not Linked In.
We are extremely proud of our web series because as anyone in the industry knows, a lot of hard work is required from inception to developing and reaching completion. We celebrate those that lead unconventional lives and may have strayed from the straight and narrow path that society seems to deem “the norm.” We want to give a glimpse of those with jobs that are not always in the spotlight. And we hope to celebrate others who find the courage in their heart to pursue their passion, like us! We also were able to engage with all walks of life and really make a connection that was special with each interviewee. One of our main goals was to have fun with the series. We don’t take life too seriously and that definitely shines through in the best way possible with this series. Our philosophy is that laughter is a key to happiness, especially in tough times like we are experiencing in the world right now.

During this time, many are re-evaluating what is important in life and making changes, and we hope to lend support to that. We want to uplift others with comedy as well. Comedy is such a big part of both of our lives, and how we handle almost everything in life. It truly can help transmute negativity. If we just make someone smile, we have done our part! We think our series is unique because not too many people focus on atypical occupations or take the time out of their day to shine light on those who are not in a high strung competitive field. This series was done in the vein of what one might see on a late-night show segment, but with a specific spin. We are proud of the diversity and spectrum of careers that we cover and all the unique individuals that we were so grateful to have met. We have stayed in touch with many of our interviewees and some have expressed appreciation for the recognition, which makes us smile in return!

Do you look back particularly fondly on any memories from childhood?
Brooke: For me personally, I am very grateful for my Summer Camp that my parents enrolled me in for many summers. There’s just something about summer and the feeling of freedom that really stayed with me as an adult. My camp, “ESF” stood for Education, Sports, Fun. That seems to sum up my life. I try to live each day like I’m in camp because for me, it embodied living life to the utmost. I want every day of my life to be a blast just like it was in my childhood. You are so carefree in the summer, and you get to experience, connect and make memories with the outdoors and nature, friends, counselors and just have fun! Isn’t that what life is all about?

Morgan: I wore thick, lenticular glasses that magnified my eyes throughout my entire childhood. When I was 12, I was fitted for hard contact lenses and was able to start using those immediately. This transformation brought me out of my shell and gave me unique confidence I’ve been able to carry with me. I now toggle between wearing my thick, lenticular glasses and my contacts, and feel perfectly comfortable in both. I was very blessed with a wonderful childhood and an oversized, loving family! 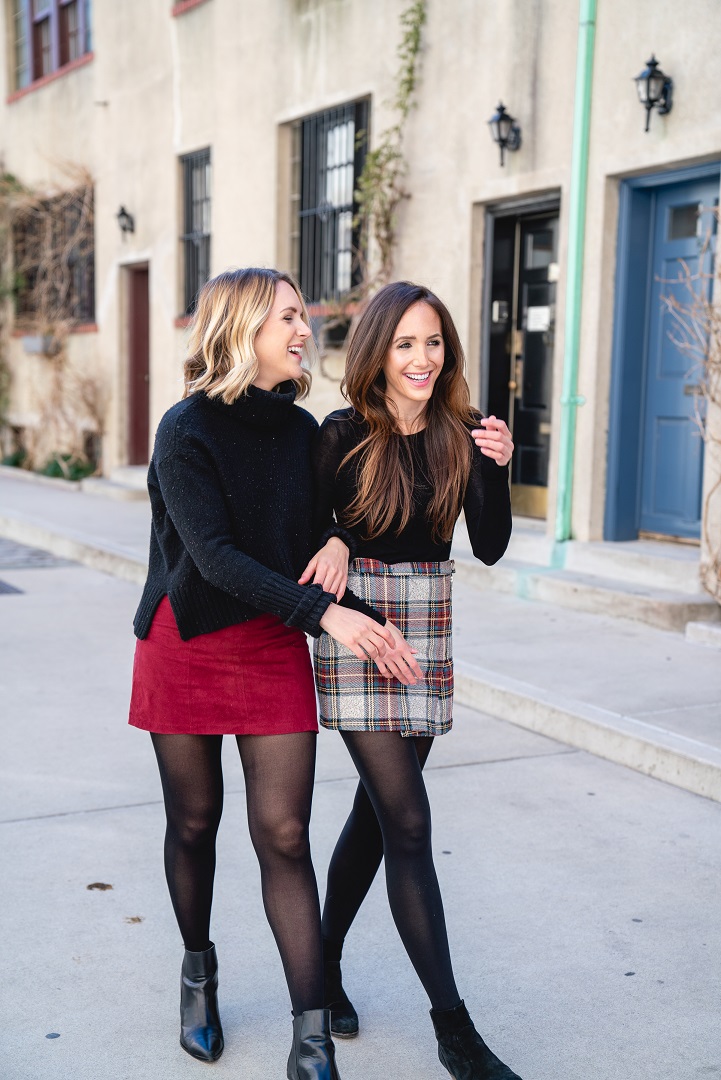 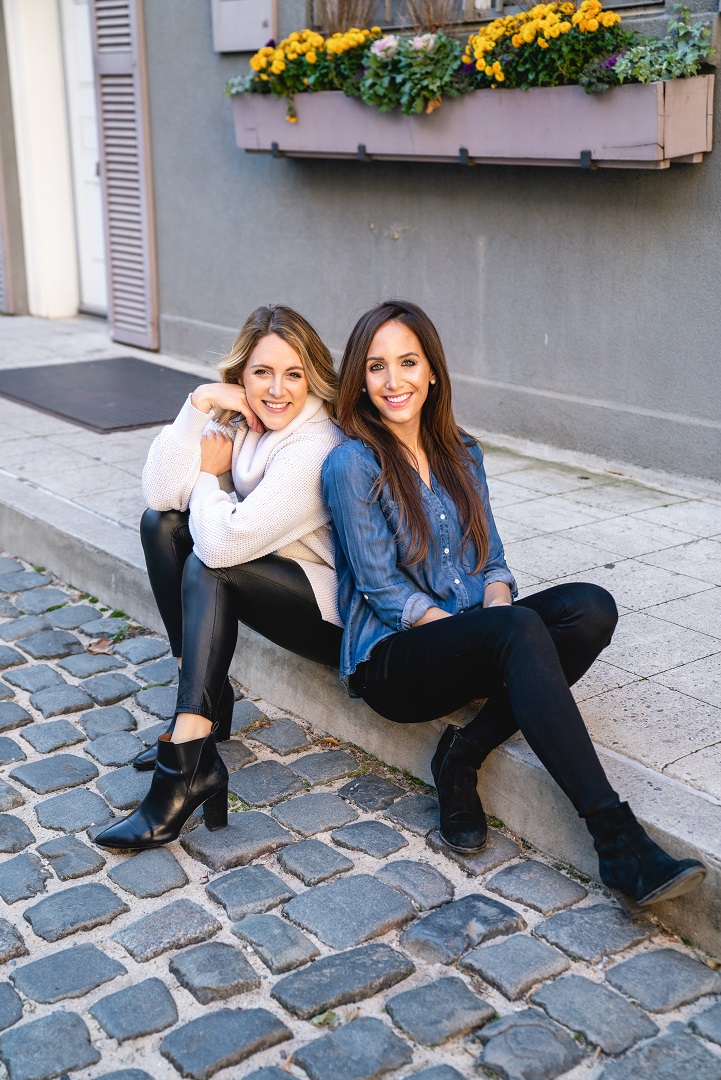 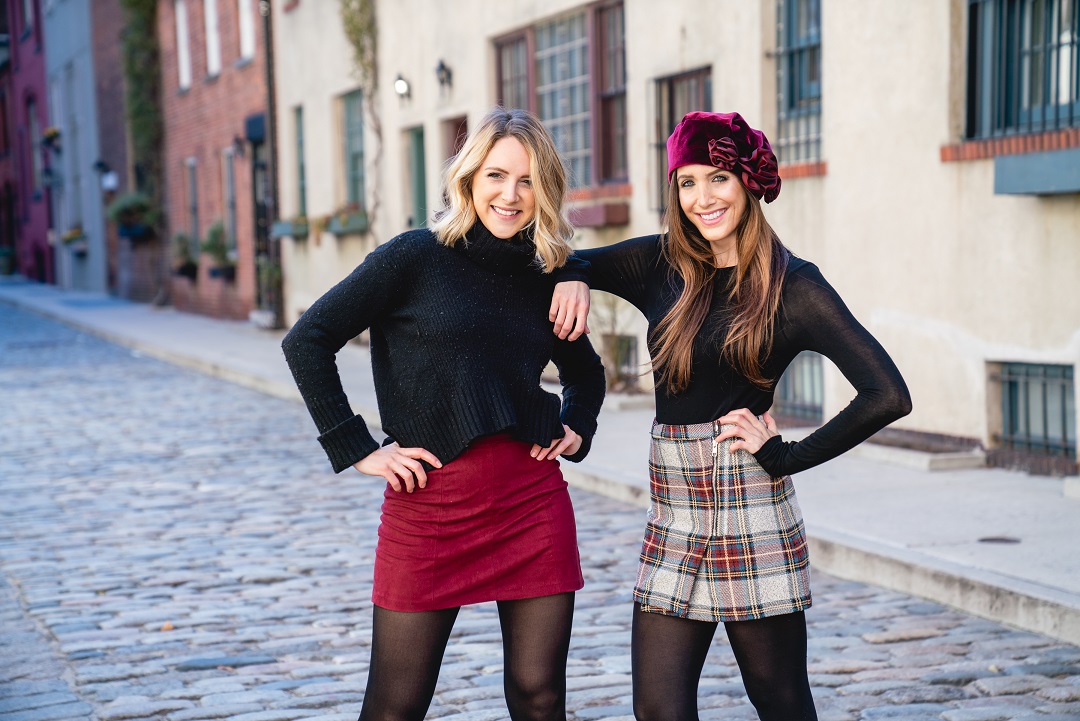 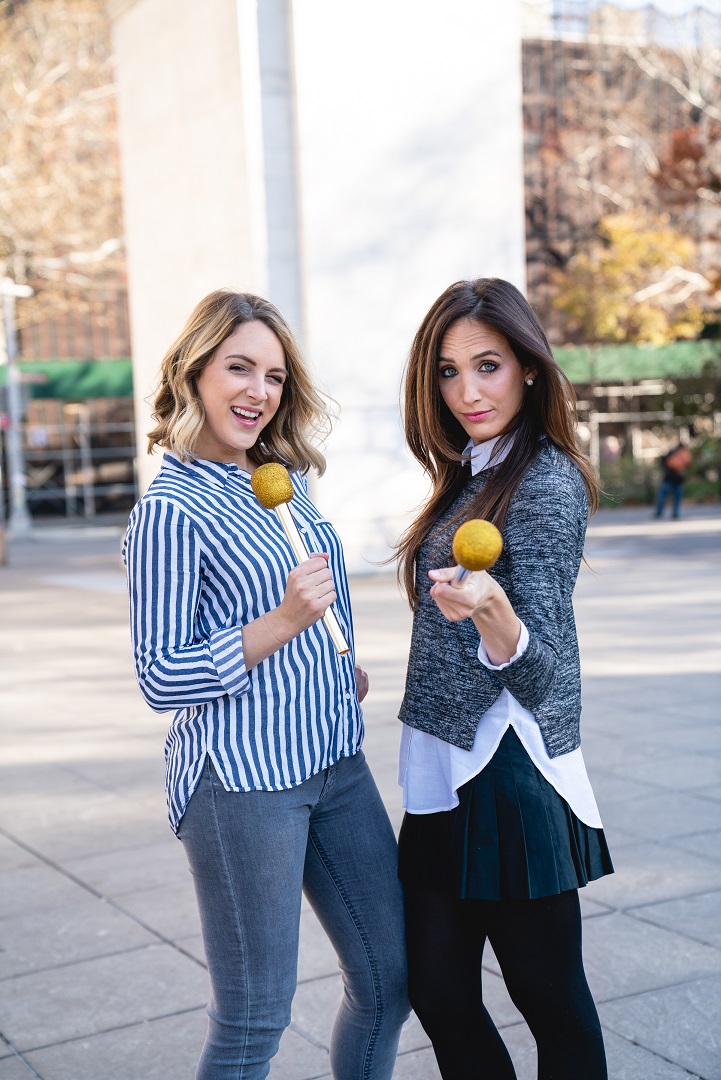 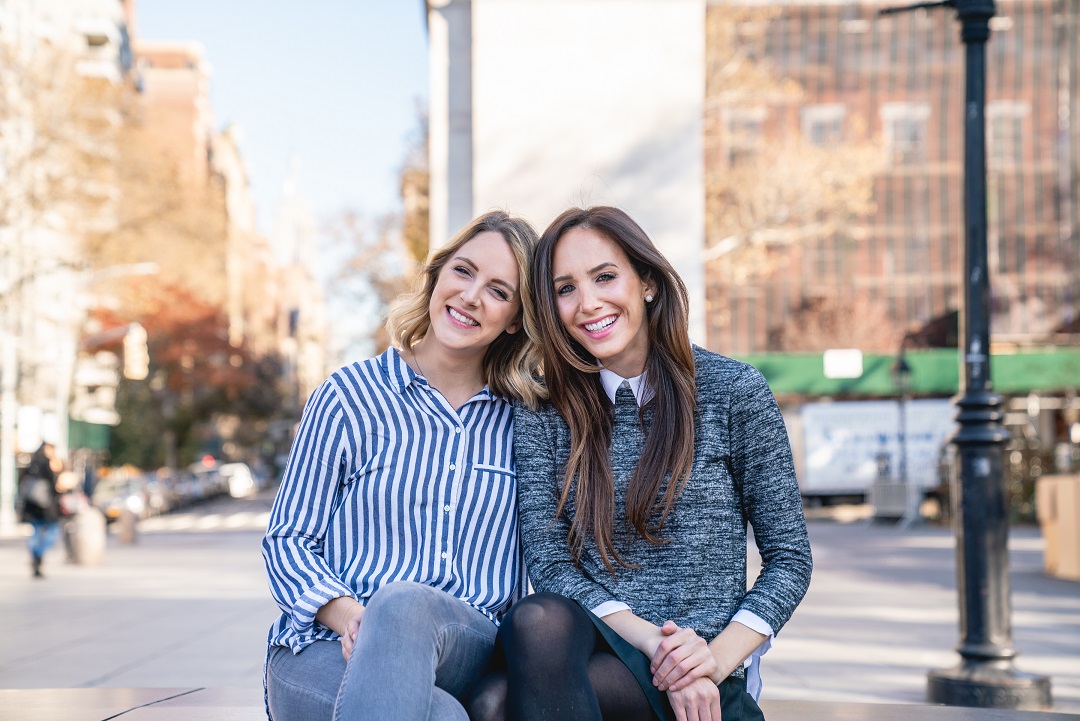 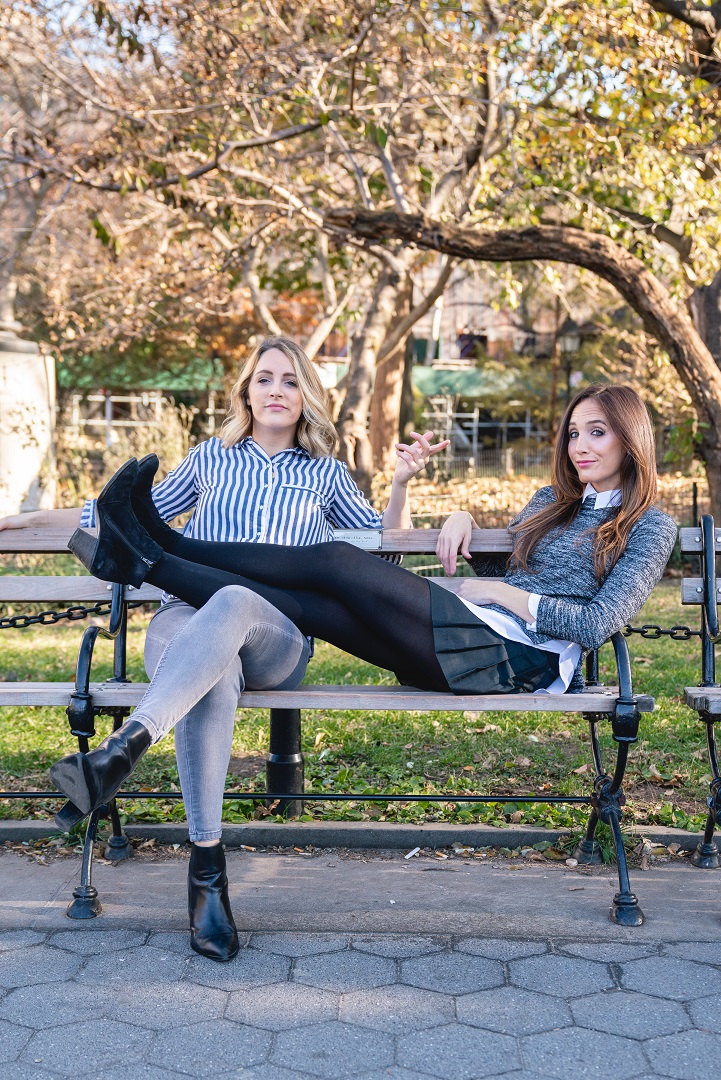 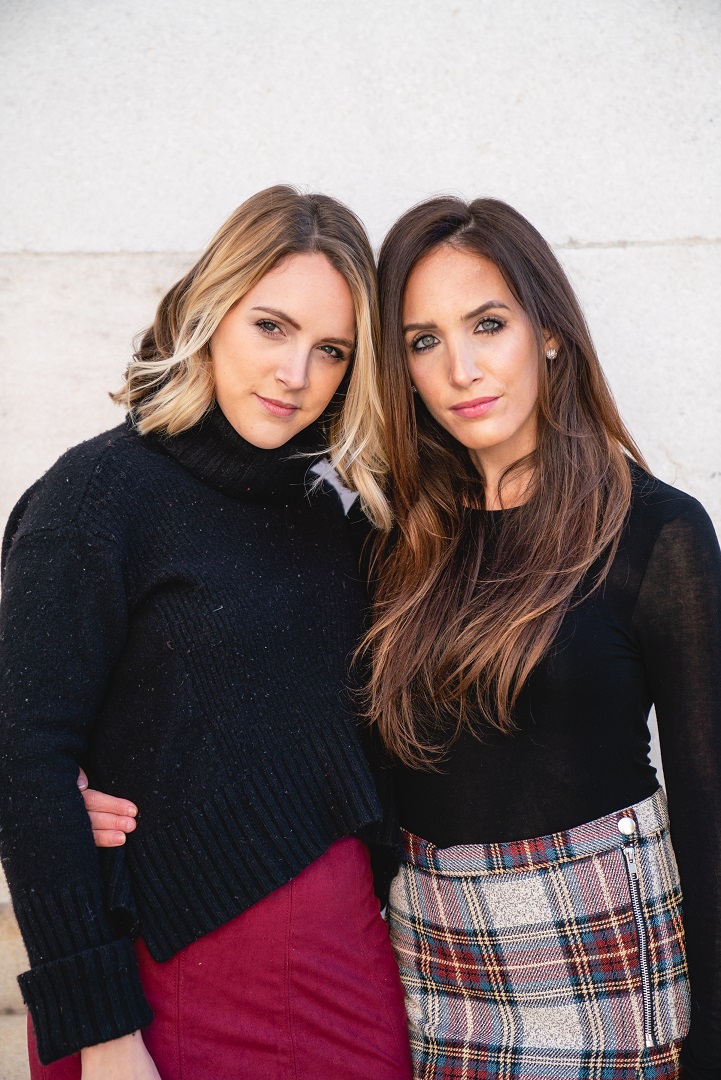 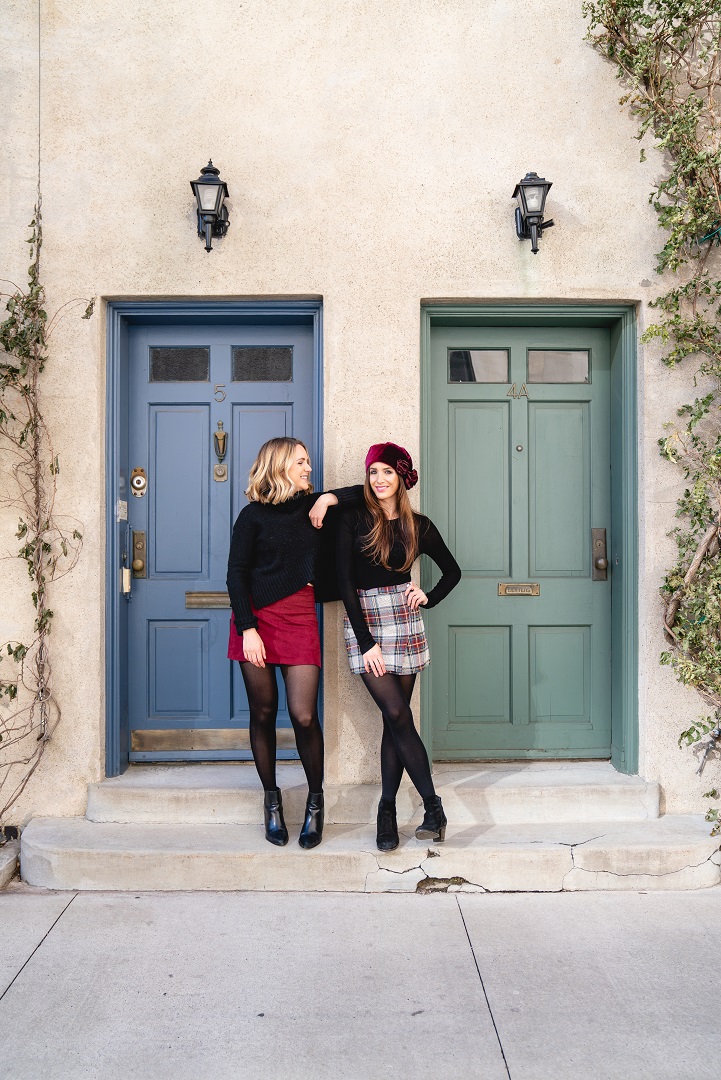