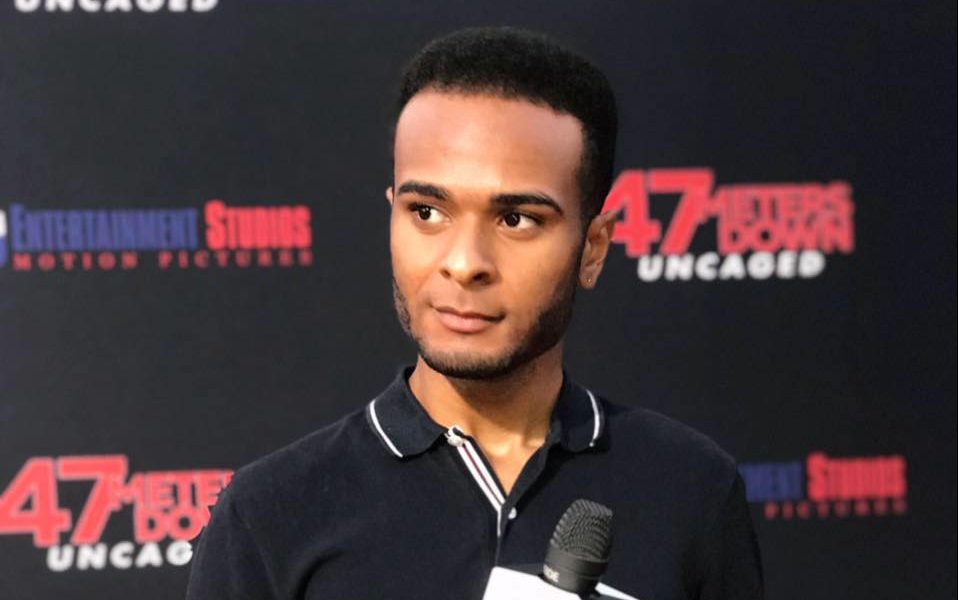 Today we’d like to introduce you to Blair Thompson.

So, before we jump into specific questions, why don’t you give us some details about you and your story.
I was born and raised in Muskegon, Michigan. Since I was 6-year-old I knew I wanted to be an entertainment reporter. The first story I was intrigued with as a kid was Britney Spears and Justin Timberlake’s break up. I WAS DEVASTATED as child and literally wanted to know every update regarding the news. I specifically remember reading magazines at the library in the first grade. My first grade teacher would even gossip with the librarian about it.

I went to Grand Valley State University in Allendale, Michigan where I earned my Bachelor’s of Science in Multimedia Journalism. In my first year, I won the best radio show and rising star award. In my second year, I won a Michigan Association of Broadcasters (MAB) Award For A Radio Promo I produced for the college’s radio station, WCKS The Whale. Along with on-campus involvement, I was also an intern for “Gravy and Rachael In The Morning” 105.3 Hot FM in Grand Rapids, Michigan. After a few months as an intern, Cumulus Media hired me as a solo op. In my third year, I transitioned into TV and was involved with Laker News. I also hosted major events including Lakers For A Cure which was a telethon that raised money for cancer awareness and The President’s Ball. During that time, I was also doing an internship for WOOD TV 8 so I could get more hands on experience in broadcast news. In my fourth year, I won my second MAB Award for Best News Package.

As a biracial gay man, I never felt like I fit in back home. I love where I come from but I knew I would end up in a big city doing something in entertainment reporting.

Four months after graduation, I moved to Los Angeles to begin my journey as an entertainment reporter. In my first year, I covered Maxim Hot 100, Teen Choice Awards and Floyd Mayweather’s Celebrity Basketball game. 2018 was a big year for me because I didn’t think I would be experiencing so much so soon. Looking back, I did so much and didn’t give myself enough credit, so now when I cover major events or interview a-list celebrities I really take it in and count my blessings. During my time, I have interviewed celebrities including Eddie Murphy, Regina Hall, Don Cheadle, Floyd Mayweather, Alyssa Milano and more. I have worked as a freelance reporter for sites including All Urban Central, Where Is The Buzz TV & Amaré Magazine.

First starting I wasn’t making money covering red carpets. I had to build my reel and connections so I could prove to larger outlets that I was the right person for the job. I worked eight months building my reel before I was finally hired by a media company. It takes a lot of courage to scout events and cover as an unknown outlet. I heard “No” a lot when requesting credentials because I wasn’t with a media outlet, however I didn’t let it get to me. When I got a “Yes” I made sure I made an impression with my work so it would be suitable for my reel and the publicist who operated the event.

Currently, I’m an entertainment writer for TheThings.Com. I’ve always been insecure about my writing so I applied to the position to strengthen the skill.

My advice to aspiring entertainment reporters would be to learn as many roles in a production as they can. Thanks to my training in college I was able to execute many red carpet gigs by myself since I know how to edit and film. Knowing about lighting and camera set-up is also beneficial so your work looks very professional. My dream is to work for a major entertainment network like E! News, Entertainment Tonight or Access Hollywood.

Overall, has it been relatively smooth? If not, what were some of the struggles along the way?
My journey to where I am has been a bumpy ride. My biggest struggle has been rejection. There’s a lot of that in LA so you have to be secure that hearing “No” or not getting the job means something bigger is coming your way.

Another challenge of mine was patience. When I first moved to Los Angeles, I had a deadline in my head of when I wanted to be on a major network and you learn it’s not realistic and things will happen when they’re meant to happen. Living your dreams cannot have a time stamp on it. You’ll get there when you get there and it doesn’t matter how long it happens, just as long as it does. That’s something I’ve had to learn to be happy and patient with.

Another struggle was just living life to the fullest. I was so obsessed my first two years of doing as much as possible that my social life suffered. I had to learn to give myself breaks and make sure my mental health was in check so I was able to reach my goals.

We’d love to hear more about your work and what you are currently focused on. What else should we know?
I’m a freelance entertainment host. I specialize in covering events and conducting celebrity interviews but I also do videography work as well. I’m most proud of my interviews with Eddie Murphy, Billy Porter and Regina Hall. My interview with comedian Tommy Davidson made headlines nation-wide when he revealed to me that the Disney animation series “The Proud Family” is returning on the company’s new streaming service, Disney+.

What sets me apart from others is I’m 100% myself during work. It’s important to be professional but it’s also important for me to showcase my personality and not lose myself because celebrities are around. Viewers are drawn to those that are relatable so it’s important that I’m authentic and true to myself.

If you had to go back in time and start over, would you have done anything differently?
Just change second sentence onward to: “My advice to my past self would be not to be dependable on others to fulfill your dreams. You have to want it for yourself. Don’t depend on what people are saying they’re going to do for you because their actions may say otherwise” . 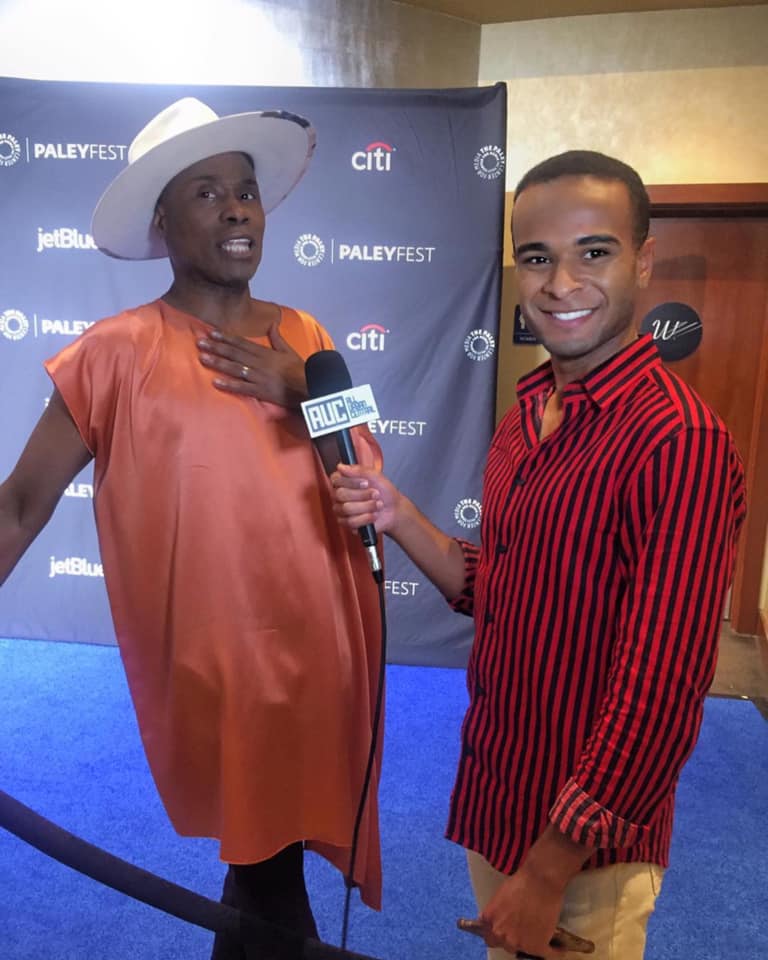 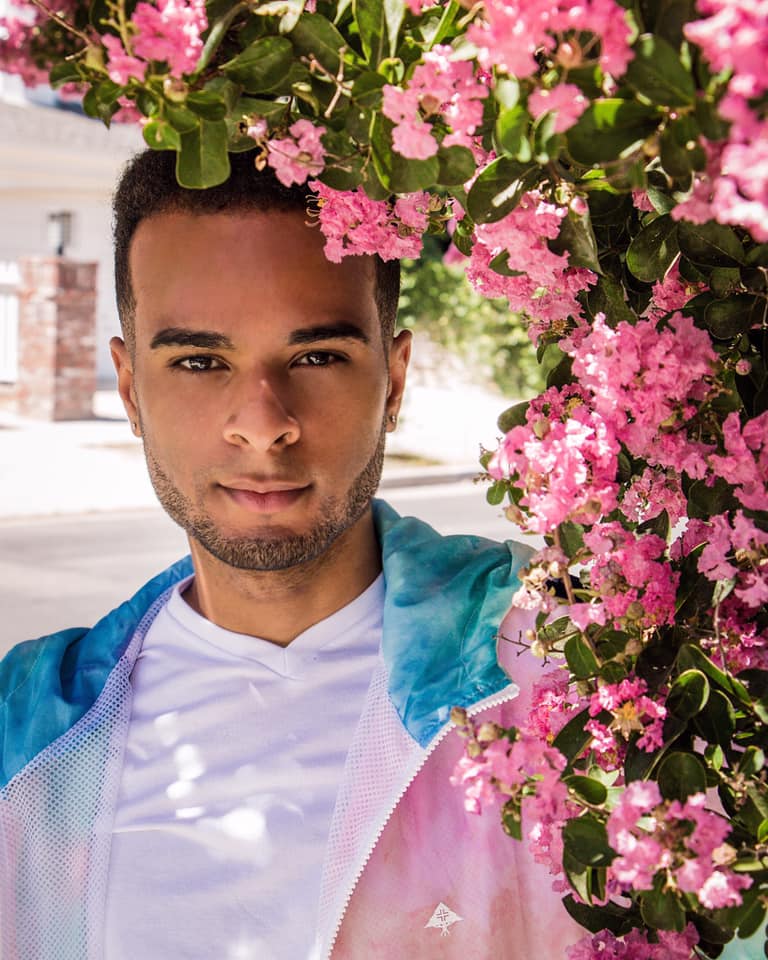 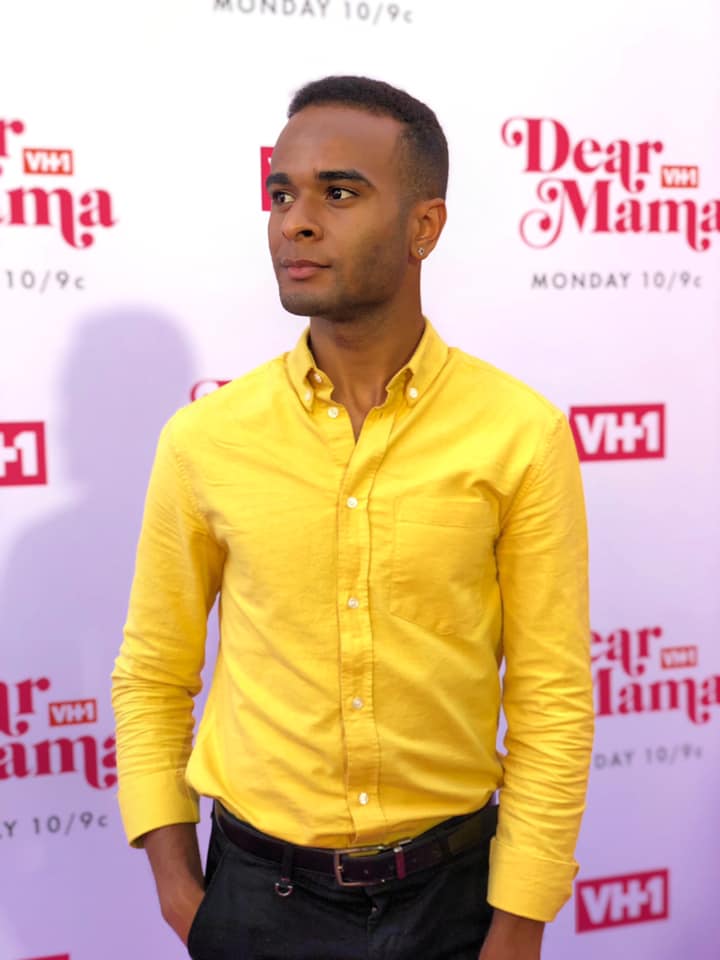 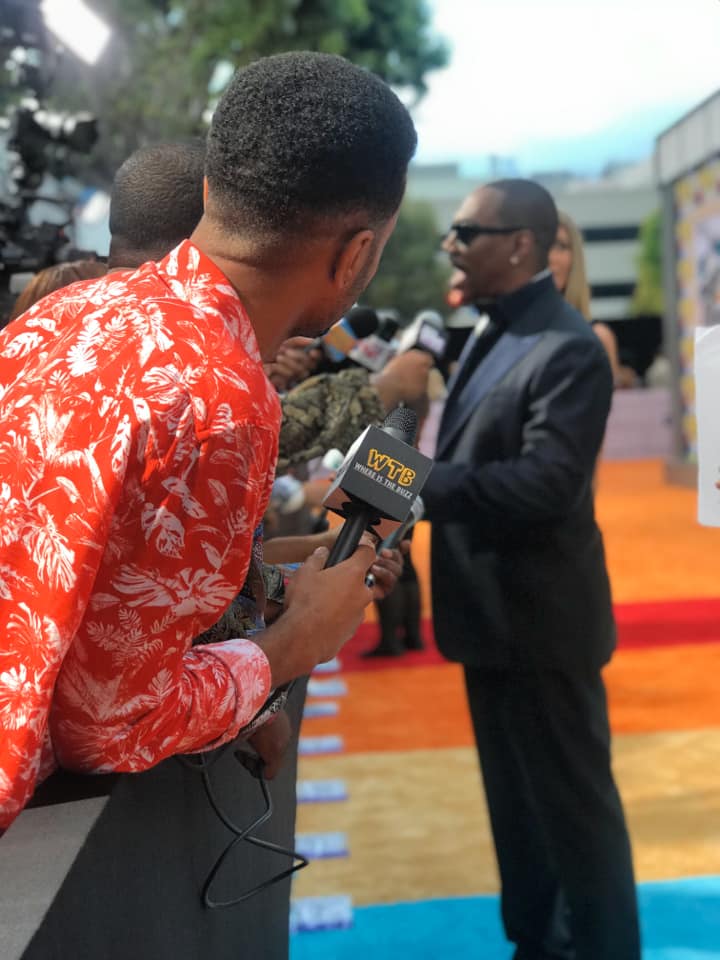 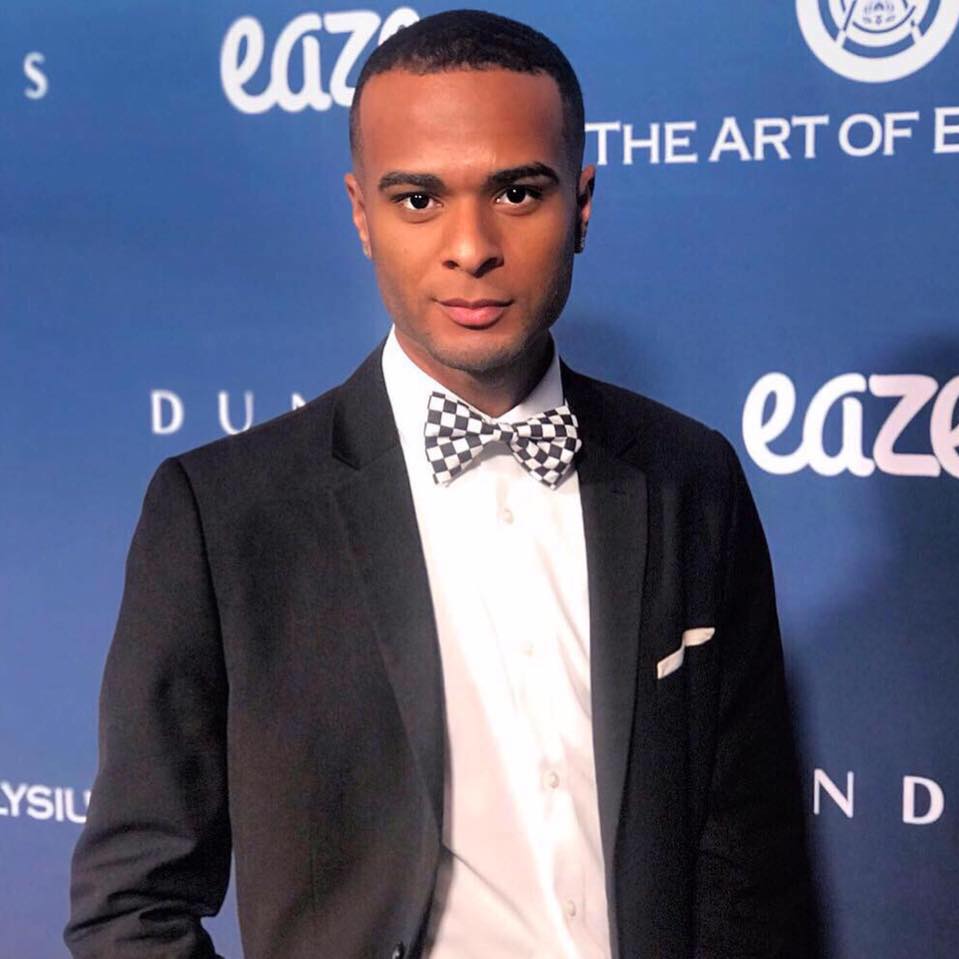 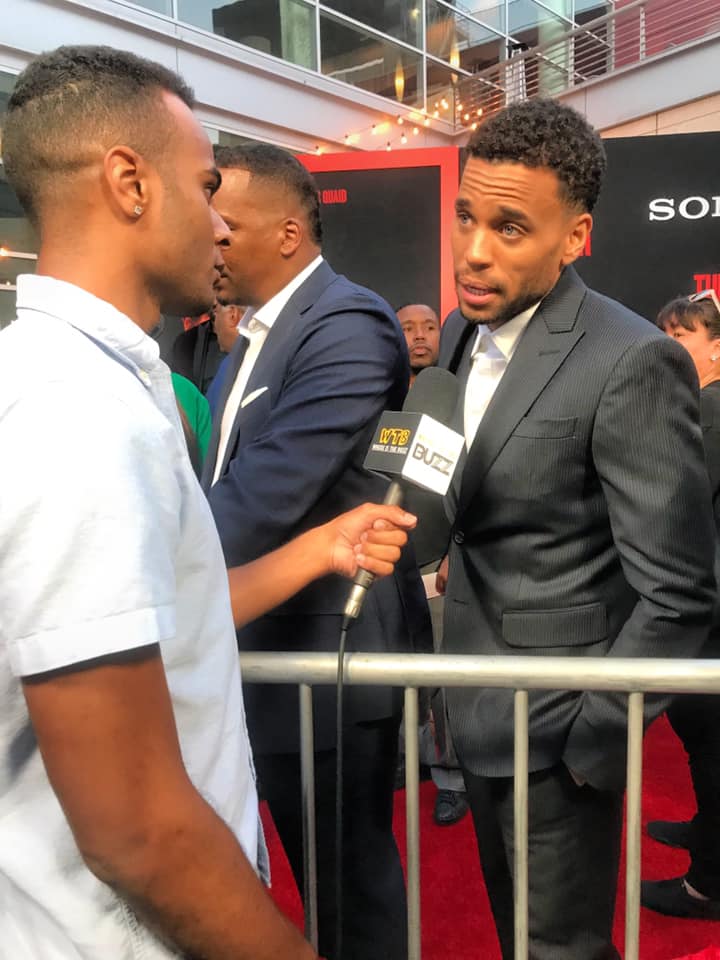 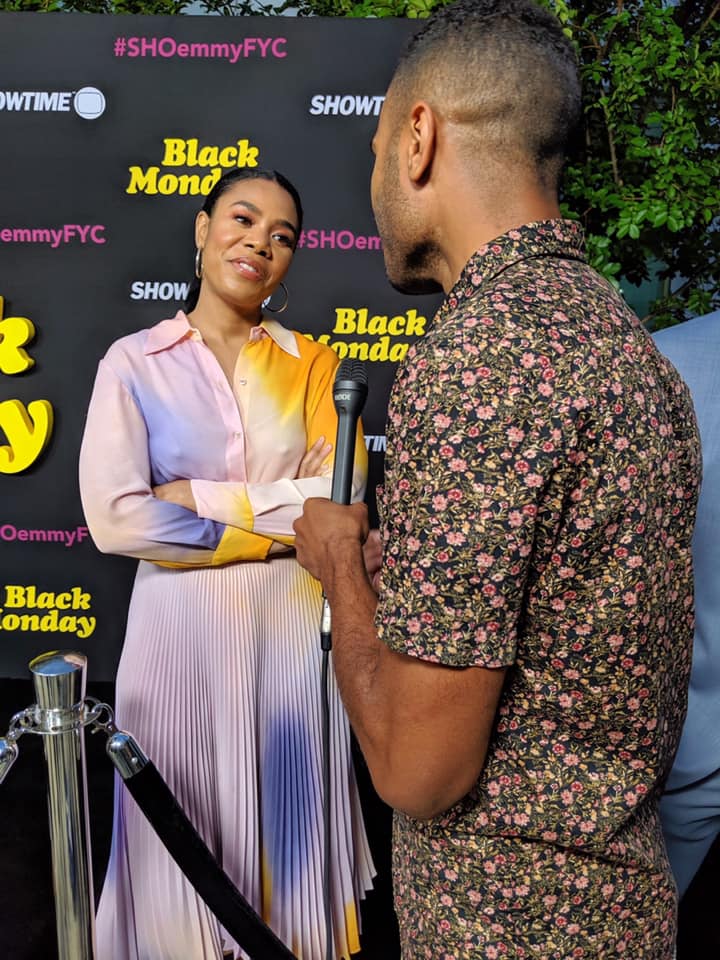 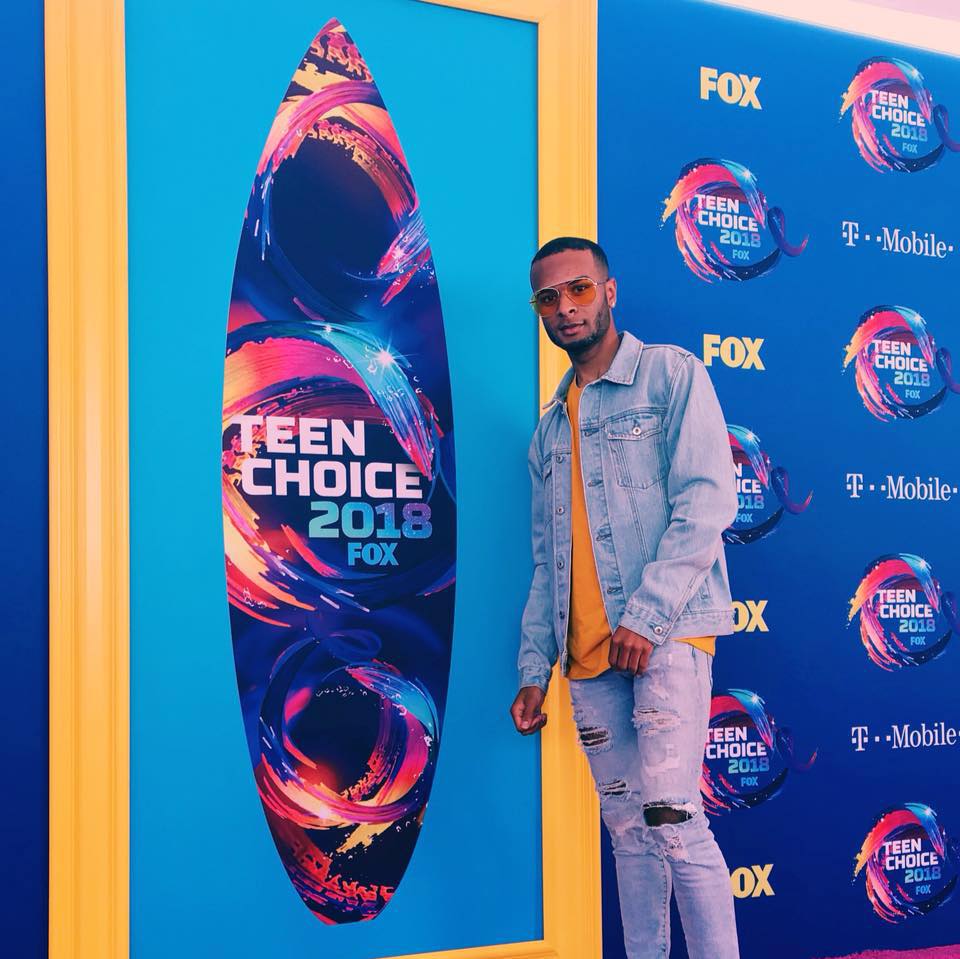