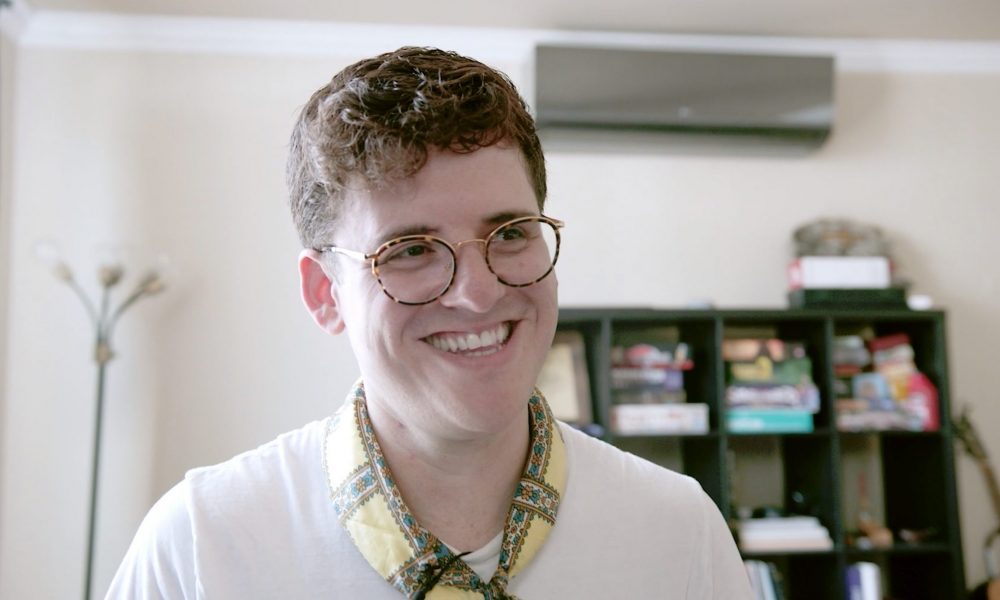 Today we’d like to introduce you to Benjamin-Shalom Rodriguez.

Benjamin-Shalom, can you briefly walk us through your story – how you started and how you got to where you are today.
My mom’s Israeli and my dad is Mexican. And then they had me: a gay, Jewish, Mexican-Israeli-American writer and director and comedian who literally feels guilty about EVERYTHING.

Growing up in such a… diverse(?) household with a bunch of confusion about my identity – and also being a fat bullied kid – I was really attracted to dark, broody, emo stuff. My mom used to have this rule: my sister and I could read whatever we got our hands on.

So between pretending to “read” a friend’s dad’s Playboy magazines (needed to keep up appearances among my playground boys club, obvi), I’d deep dive into Anne Rice’s Vampire Chronicles. The tumultuous, supz homoerotic on-again, off-again, will they won’t they between Louis and Lestat was so titillating to my 9-year-old brain, I started writing my own vampire erotica.

My first “novel” was called “The Vampire Game.” It featured a bunch of boys drinking each others’ blood and sometimes kissing by accident. Anyway, the more difficult life got – my parents divorced and fought all the time, my mom forced me on Weight Watchers in sixth grade, bulimia, drug addictions, blah blah blah – the more I wrote to cope. Poetry, plays, just whatever.

I eventually went to USC for Theatre, which overwhelmed me with possibilities. I got a grant to direct a play I had written while also working at our college TV station as an executive producer of a show. But still, in the back of my mind, I didn’t think any of it – life as an artist – as possible.

After graduating, I spent several years trying to suppress the artist out of me. I worked for talent management companies and producers until I did Film Independent’s Project Involve Fellowship and was surrounded by literal artistic geniuses that made me realize life as an artist is possible.

It still took four years after that program – and doing another, the Fox Writers Intensive – but I eventually quit my day job to pursue writing full time. It’s been tough, but also so. Fucking. Wonderful. My only regret is that I didn’t commit to this artist life sooner.

Now I write predominantly comedy but have a few more dramatic projects on my slate too (shoutout to theSQUAD – my passion project/drama pilot about a bunch of queer high school underdog witches getting revenge. Coming to your TV by 2030, I hope).

Since doing FIPI, I’ve created several comedic web series (check ‘em out at facebook.com/thebunrodriguez/videos) and have also written and directed two shorts that have played the fest circuit — and obviously written a ton of writing samples.

Did I answer your question about my life story? To sum it up: my parents are from very different cultures, they produced an initially confused boy, who became a mostly not confused filmmaker, who’s obsessed with finding the heart – the emotional, visceral inspiration (or trauma) – behind every story, sketch, or TV or film script he writes or shoots.

Also, please check out my latest web series, STONED BREAKUPS, at facebook.com/thebunrodriguez/videos. We got people really high and had them retell traumatic breakup stories, and then had brilliant comedic actors reenact said stories. We hope everyone will feel at least – <– that much less alone.

Overall, has it been relatively smooth? If not, what were some of the struggles along the way?
It’s been the smoothest road, and I am so #blessed, and life always goes my way, and everyone loves me!

JK. It’s been ROUGH. A. F. I’ve struggled with a lot, but ultimately I think the biggest lesson was learning to accept the fact that I’m dope, talented, and have the drive to achieve all I set out to do if I’m disciplined and patient.

Self-esteem has been an issue my entire life, but once I started to just attempt to love myself unconditionally, so many of the struggles feel much less powerful. But a little more cash, a little more time, a smidge less homophobia and prejudice, and a little more creative freedom are always welcome!!!

Alright – so let’s talk business. Tell us about Stoned Breakups – what should we know?
I’m a writer and director, I specialize in comedy, and am known for such SUPER MEGA HIT web series like PUSHY RIOT (facebook.com/pushyriot), MARIconBEN (I co-star with my then 93-year-old abuelita), STRICTLY VERS, and STONED BREAKUPS (these three are avail at facebook.com/thebunrodriguez… please subscribe).

You may also know me for my shorts ALPHA and BETTAS, which played Oscar-Qualifying fests like HollyShorts and Rhode Island International Film Festival. That’s right, for about 10 seconds I thought these shorts – about boyfriends that decide to kill each other instead of breakup – might not only be nominated for an Oscar but win too!

But I think I’m most proud of doing whatever it takes to continue writing and directing. About a year ago, there was a point where I realized no matter what happens in my life, I’m always going to be creating. So it was kind of nice to take off some of the pressure of “needing success.”

I mean, I do aspire to showrun more than just web series, to make a ton of money, to make so much money I can walk into ANY Theory store (not just the Camarillo outlet one every five-seven years where I buy maybe one thing) and purchase anything I want… even if I haven’t tried it on!… but until that happens – or if it never does – I’ll still keep writing and directing.

Any shoutouts? Who else deserves credit in this story – who has played a meaningful role?
Ugh. Too many people! So I’m just going to highlight my two main squeezes/crushes: my dearest friends and fellow artists Jasmine Elist and Rachel Goldberg. You’ve done a piece on Jasmine before. She’s a comedy goddess and hands down the kindest person I personally know.

We co-created PUSHY RIOT, with our other friend Katey Zouck, together. And Rachel Goldberg – a phenomenal, brilliant director and writer who has been an incredibly patient mentor to me. She’s also really – like REALLY – kind too.

In any given month they’ll be my cheerleaders, read my stuff, watch my rough cuts, and just be there for me as friends too (because who doesn’t love chisme?) 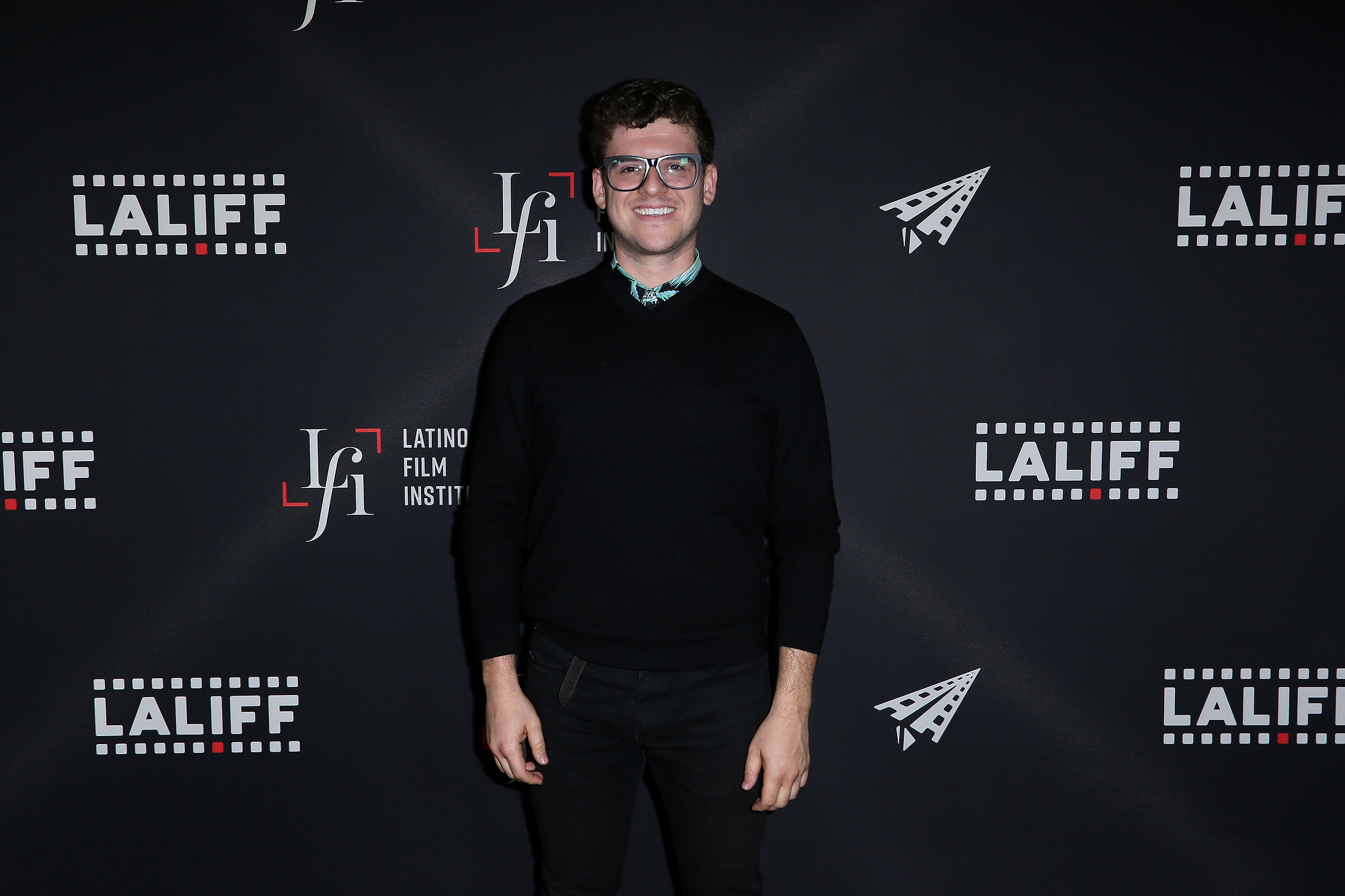 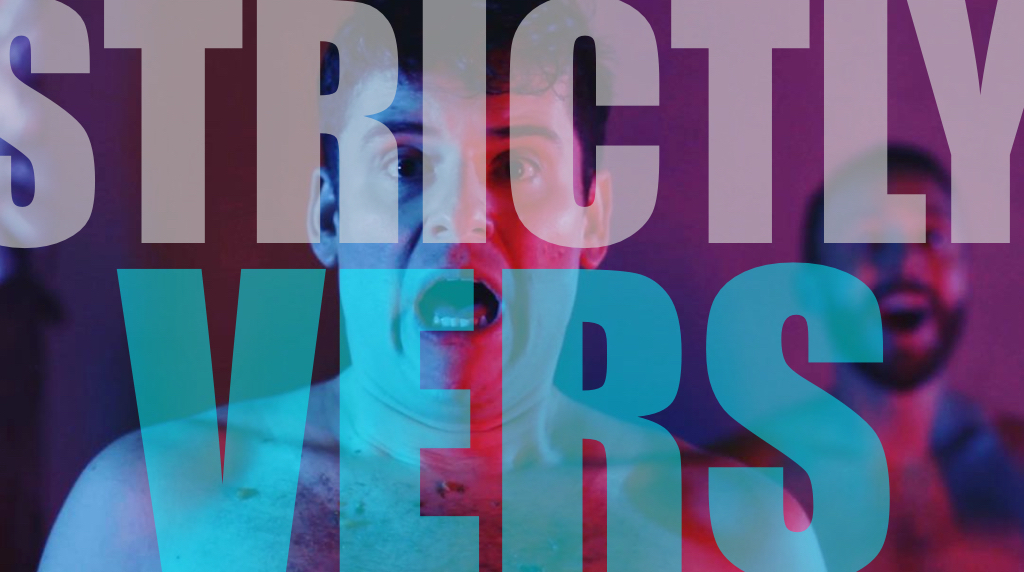 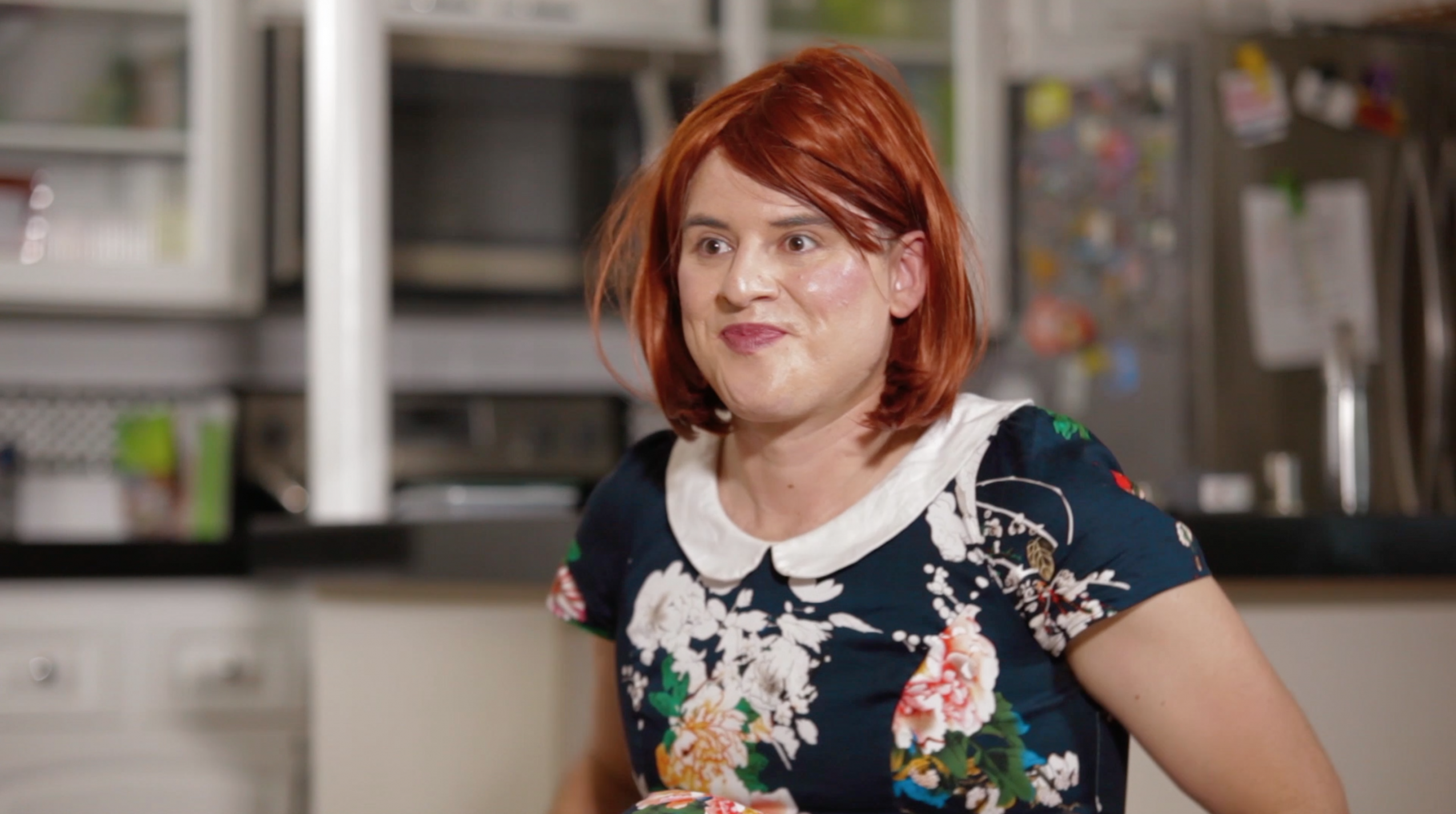 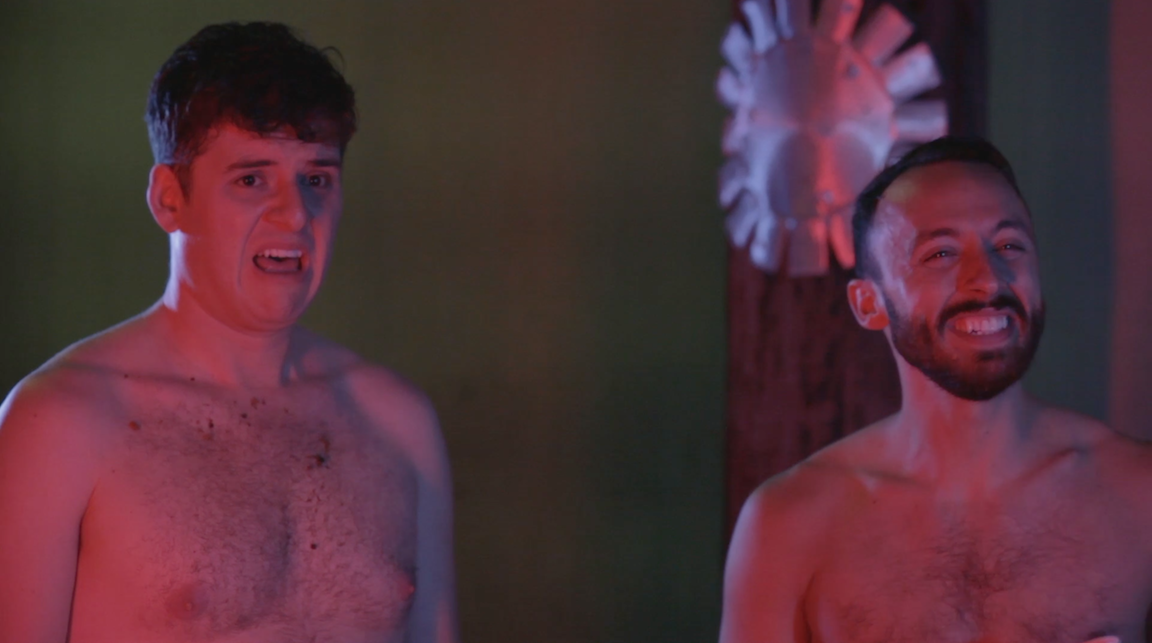 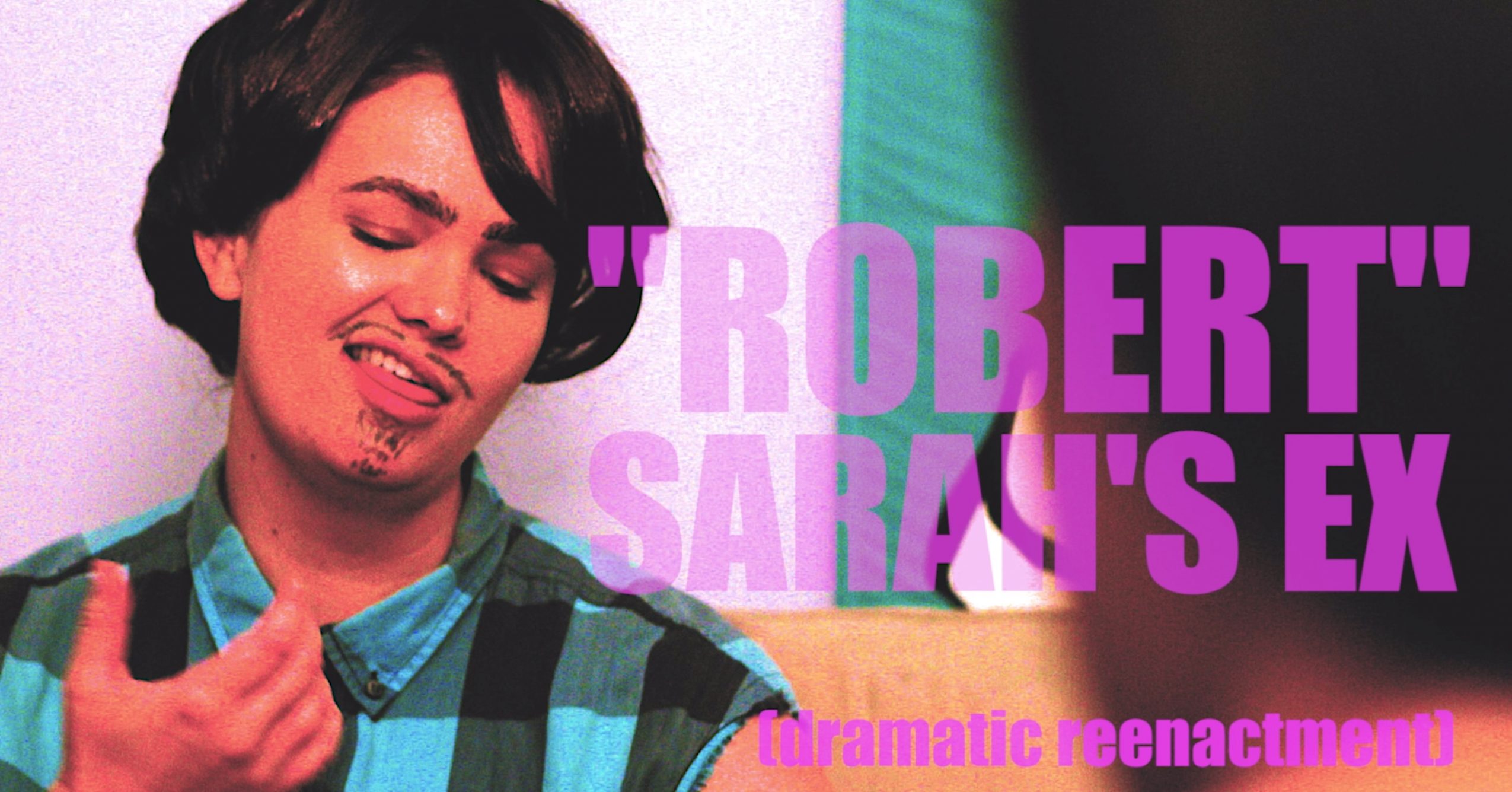 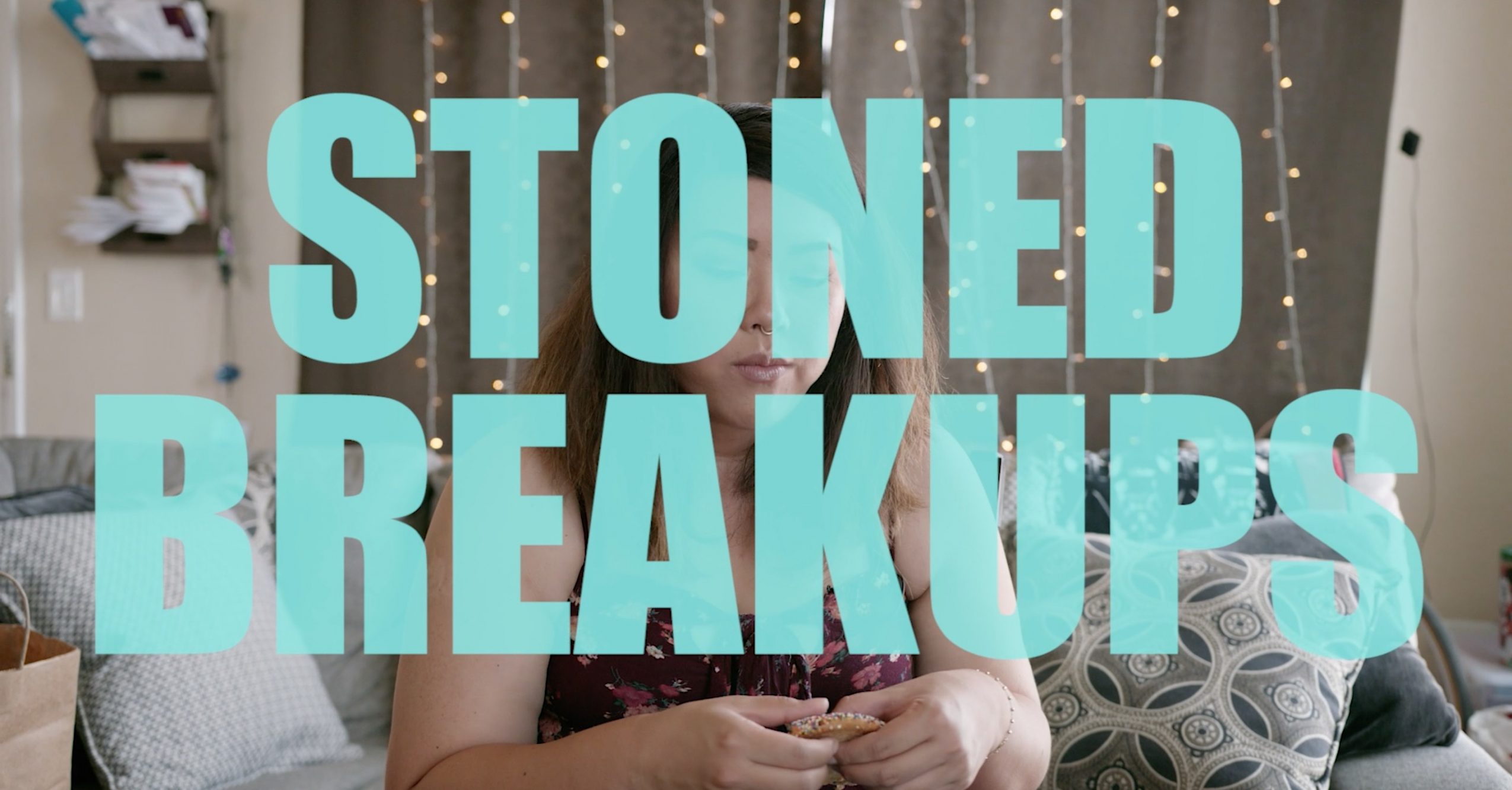