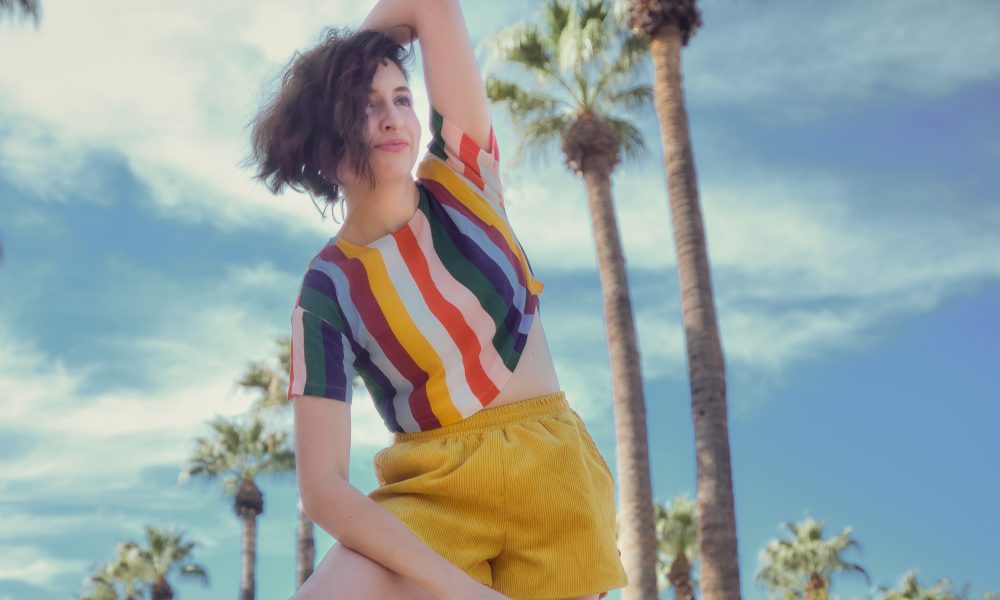 Today we’d like to introduce you to Becky Jo Harris.

Thanks for sharing your story with us Becky Jo. So, let’s start at the beginning and we can move on from there.
I remember taking trips to San Diego every year when I was younger. One year when I was maybe ten, I asked my mom, “How far is Los Angeles from here?” I knew it was in California. And we were in California. So, it must be pretty close, right? I was met with the answer, “It’s kind of far.” To which I replied, “Ok…. well, how do you audition for stuff?” My mom, as would be expected, did not know. Alright, on with my life… I guess. Someday I will figure it out. SOMEDAY, I vowed! So, through a lot of trial and error, and many nights of self-doubt. I finagled my way into the acting biz. That shy little ten year who dreamt of being funny like Lucille Ball, quirky like Elaine Benes, and who was absolutely devastated when MADtv was cancelled because it meant she could never be on it, finally figured out how to get herself to HOLLYWOOD. There is so much to do and a way to go, but gosh darn it, I’m going to make that shy little goofball of a ten year old proud.

Has it been a smooth road?
Nothing worthwhile is easy, besides maybe eating a bowl full of ice cream, and even that takes some planning. My first struggle was trying to figure out where to start. When I was 21, I took an ‘Acting for the Camera’ class at Arizona State University. This is where I got the tools I needed to get going. The teacher gave us pointers on where to audition and how to format our resume. Easy, effective, and not quite lying…. hey, you gotta FAKE IT until you MAKE IT.

From there, I started submitting my resume and headshot. It took a hot minute but I finally booked something and even found my way into a couple sketch comedy groups. I submitted to the top agencies in Arizona, of which I found through a quick Google search, and several rounds of submissions later, I signed with my first agency.

Over the past few years, I’ve booked commercials, spokesperson work, voice over gigs, supporting and lead roles in various indie films, and did a two-liner in a feature film that gave me my SAG-AFTRA eligibility. And just recently I signed with a manager in LA….. All exciting stuff but definitely a struggle on most days. Because those exciting things are interlaced with bouts of rejection, silence, fatigue and thoughts of inadequacy… all of which sound like the side effects at the end of an anti-depressant commercial.

I’m no expert, and I’ve never claimed to be, but the biggest advice I can give is this. Do this work because you want to, you have to, because it fills you will happiness and a purpose. Do what makes you laugh and puts that pep in your step. Do what makes you tear up from the sheer thought of being able to do it. And when you find yourself watching other people doing something else that is gaining them attention, money, or any variation thereof, remember that is their path, not yours. There is something equally, if not more exciting waiting for you. As long as you remain authentically yourself.

Becky Jo Harris – what should we know? What do you guys do best? What sets you apart from the competition?
I’m known for a lot of things. My incredible ability to trip on a flat service…. my blind, childlike optimism…. that time I went as a mime to a Halloween party and mimed all of Bohemian Rhapsody and didn’t break character for 6 hours straight… that I’m most proud of. But acting wise, I’m mostly known for doing comedy. Comedy that ranges from subtle and dry, to louder and more over the top. I love doing comedy. It’s what I grew up on, and it’s what has molded me into the person I am today. And when it comes to my own writing and sketches, people seem to like my brand of humor. If you like awkward, somewhat relatable content, you might like it too.

If I could articulate the kind of career I would want, it would be that of Steve Carell, Bill Hader, or Kristen Wigg. I love their versatility; they can make you laugh; they can bring out the tension in a scene, they can make you shed a tear or two or ten. Those are the kinds of performances I love, and if I could emulate that I’d be one happy camper.

Let’s touch on your thoughts about our city – what do you like the most and least?
What I like best about Los Angeles is that there’s that feeling that anything could happen. That any given door could lead to a new, exciting opportunity. It’s the same feeling I got when I went on the Universal Studios backlot tour as a kid. I felt so excited I didn’t know what to do with myself. It felt like magic. Oh, and oat milk. If there is one thing I can count on, it’s the availability of oat milk at any given coffee shop.

What do I like least about Los Angeles? Ehhhhh it’s pretty expensive, but anyone will say that. And sometimes people can be real Debbie Downers, which can tend to rub off on you. But if you remain blindly optimistic and keep doing what you love and working towards your goals, things will be OK. As Jerry Seinfeld once said, “Find the torture you’re comfortable with and you’ll do well.” 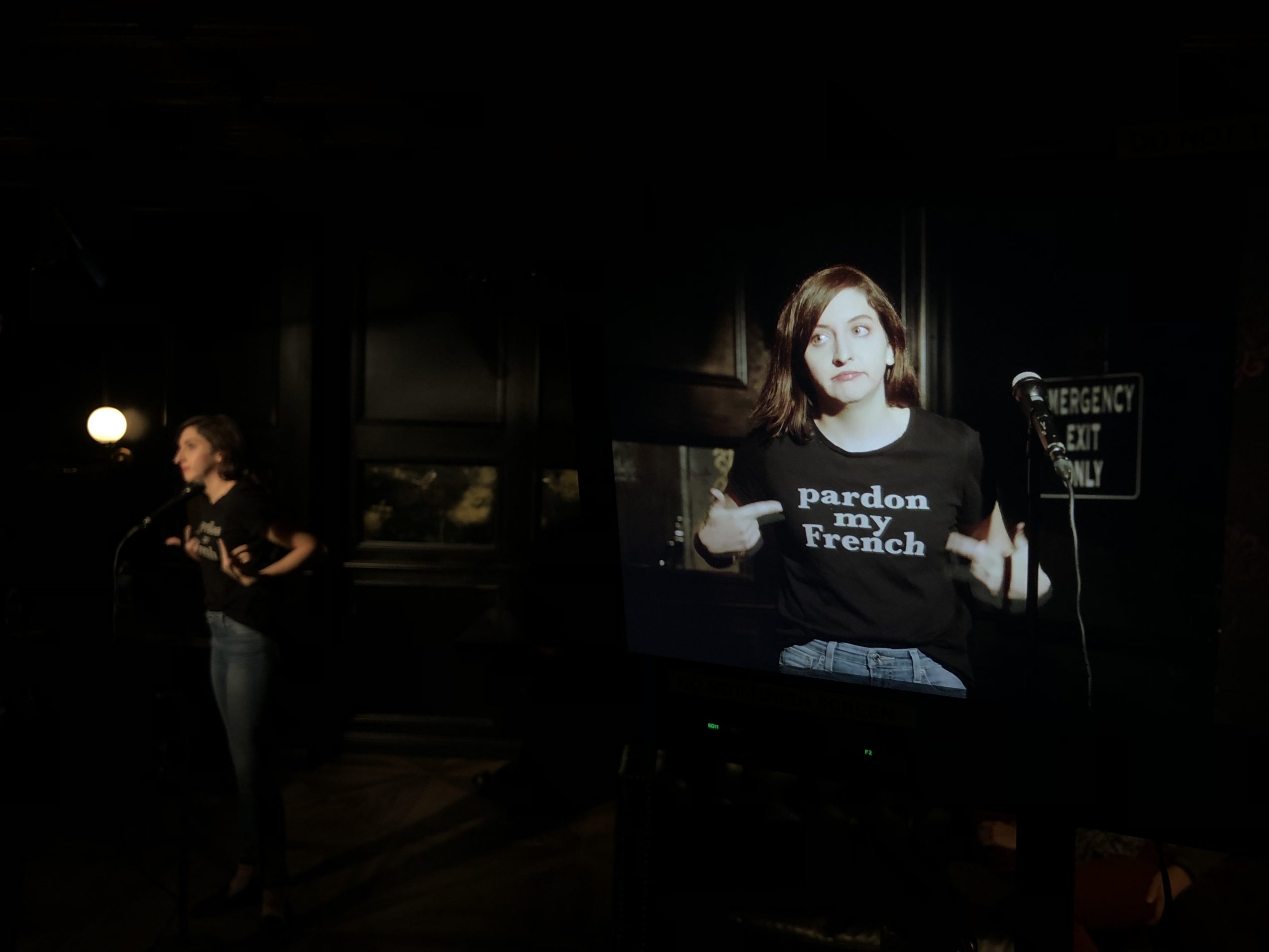 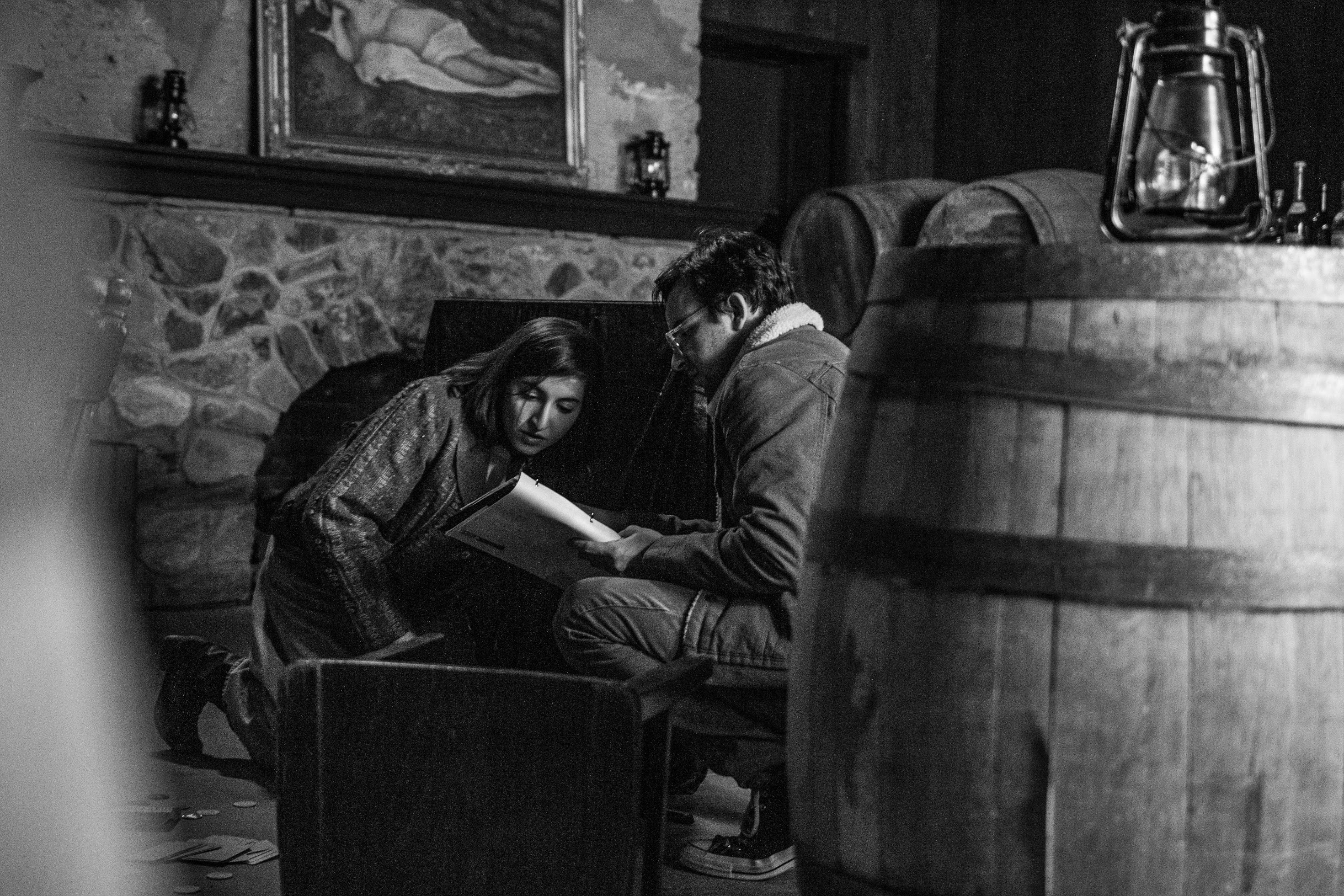 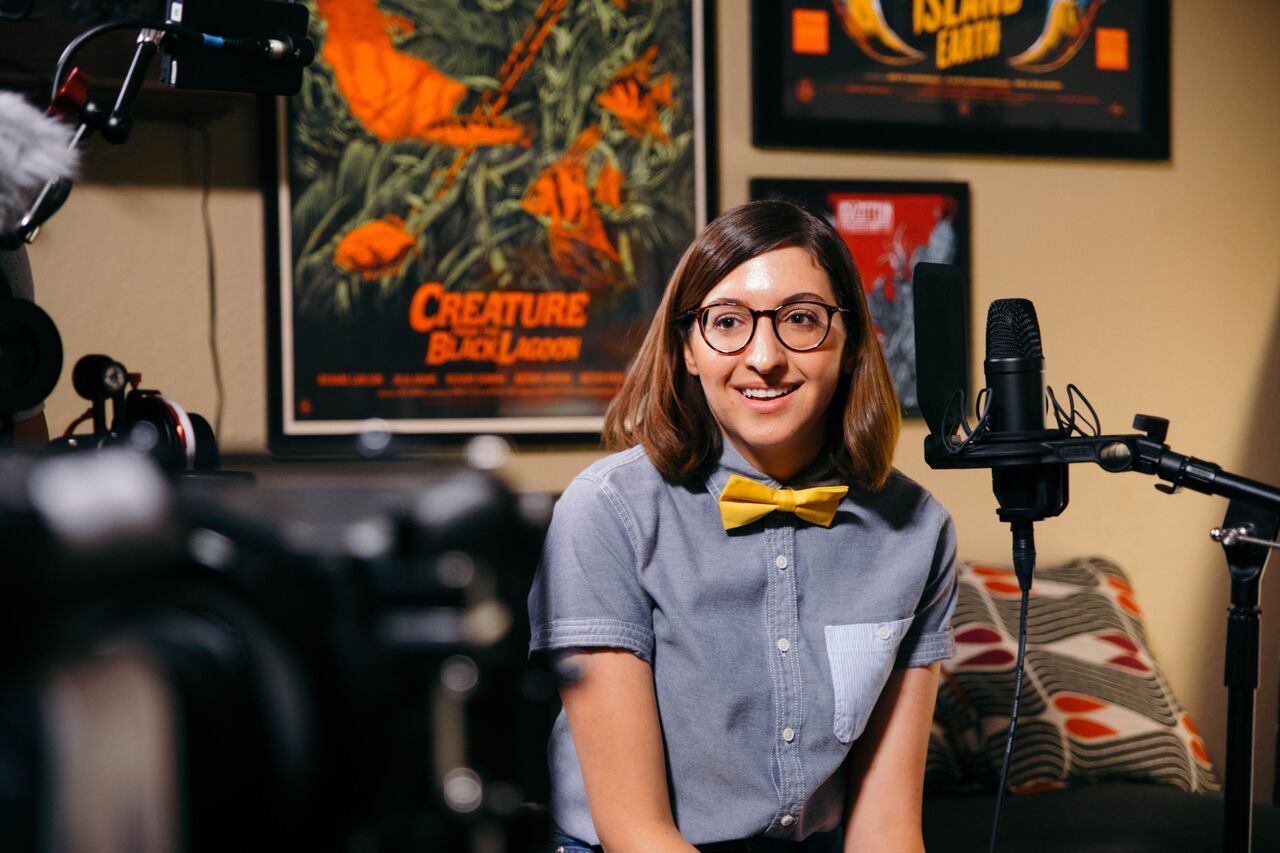 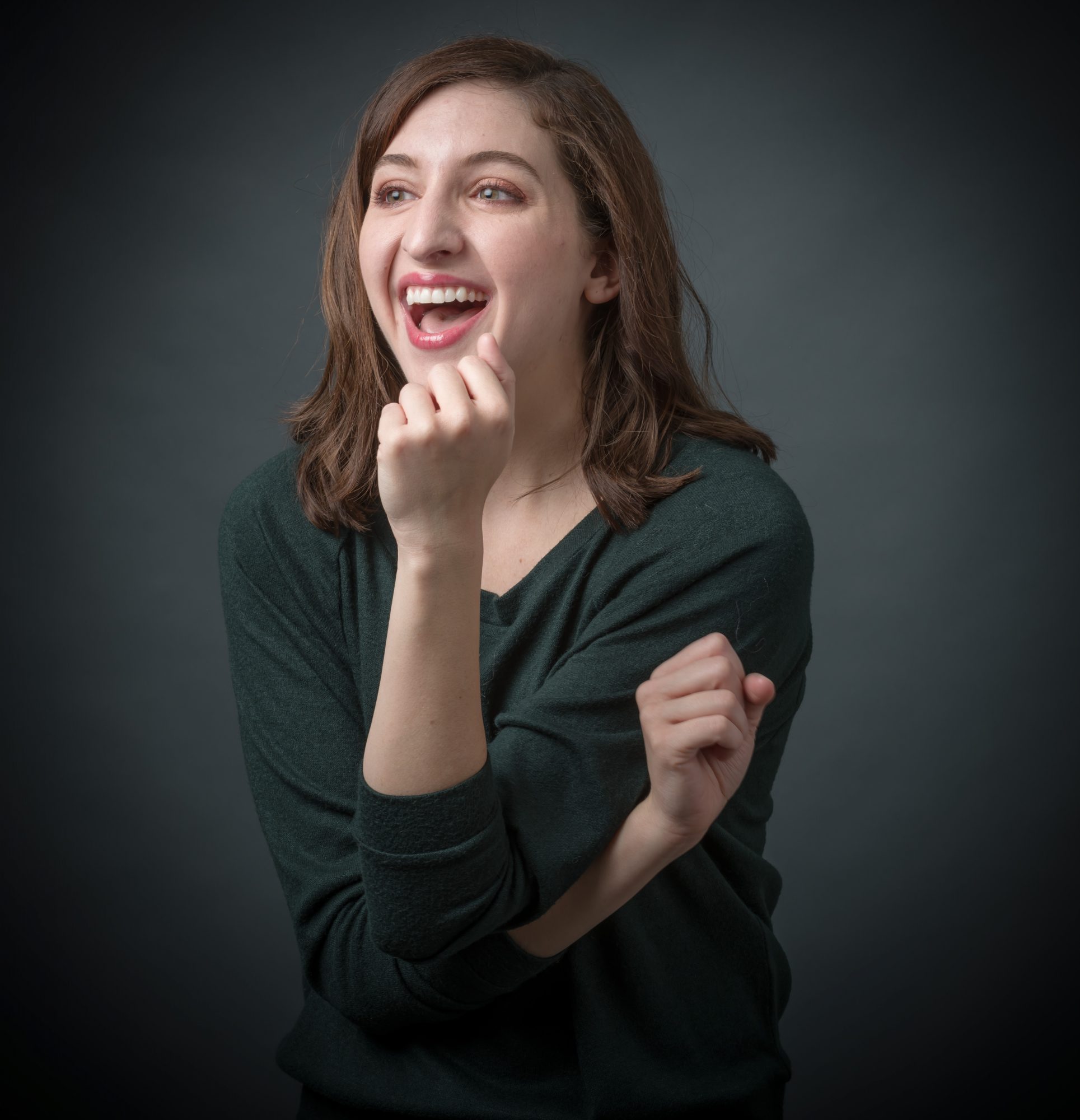