Meet Arielle Worona of RELish By Arielle in Studio City 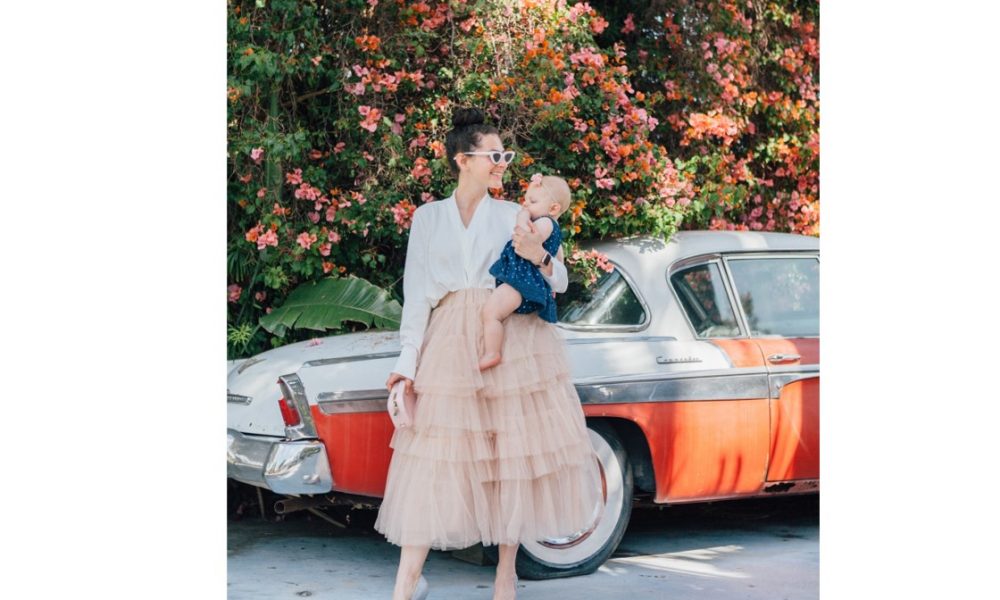 Today we’d like to introduce you to Arielle Worona.

Arielle, let’s start with your story. We’d love to hear how you got started and how the journey has been so far.
I moved out to Los Angeles a few months after graduating from Syracuse University’s Newhouse School. I was a television, radio and film major who couldn’t wait to escape some of the coldest winters in America to live in the warmth.

LA seemed so promising and full of opportunity but as an upstate New York native, I truly had no idea what to expect.

After graduating, I drove across the country with a friend from school. Very soon after arriving in LA, a big writers strike hit. My friend and I had both studied screenwriting and all of a sudden, there were no jobs to be had. It was uber scary — especially since I had less than $1000 saved in my bank account and I couldn’t afford a car of my own to get around (let alone rent!). That said, we had nothing to lose so we stayed positive and kept searching for gigs.

I got really lucky and nailed a job at a reality production company within my first week in town. The job was transcribing every word that happened on the set of a reality series and from there, I’d help create a full script for my team. It was exhausting and not as creative a role as I was hoping for but I hustled and tried to be the best transcriber I could.

A few months later, I was promoted to a production assistant and I started to learn how reality television was made. I realized that there really is an art to it — you have to think on your feet, you need to be a great producer/writer and be able to create mountains out of molehills when it comes to story editing.

While the scripted world felt like it had come to a complete halt at the time, reality television was a medium 20-somethings could grow in really quickly. I kept trying to learn everything I could and about seven months in, I finally saved up to buy my first car.

I ultimately moved onto a bunch of other production companies and television networks and worked my way up until I became a Development Executive and later, an Executive Producer.

The ride to this point has definitely not been easy but it has taught me how important it is to have thick skin and to be resilient.

The entertainment industry has completely changed in the past five years alone — especially due to the rise of social and digital media.

A couple years ago, I ended up making the jump from television to digital media and have been an Executive Producer in the digital space ever since.

It’s an extremely fast-paced world. You can pitch something on a Monday, produce it on a Tuesday and potentially have it edited and up by Wednesday (on top of producing 10 other series at the same time). I’ve found that I love the challenge and especially enjoy being a part of the ever-changing world of original content creation.

Throughout my time in Los Angeles, I’ve also been lucky enough to live out a bunch of my other creative passions as an entrepreneur.

I founded the Los Angeles-based fashion and lifestyle blog, RELish By Arielle in 2012.

I loved having this creative outlet to look forward to every day after work and I fell head over heels in love with the world of blogging.

I ended up meeting my husband back in 2011 when I auditioned for his hip-hop and rock band. The audition was a happy accident. I met someone while running a Spartan race who learned I loved to sing and he asked me to come audition. When I ended up making the band, my now husband apparently told everyone in the band no one would be able to date me. A few months in, he ended up breaking his own rule and kept asking me to “band practices” at restaurants without the rest of the band. The rest is history.

We performed all over Los Angeles and had the opportunity to tour as well. We tied the knot in 2015 and we welcomed our first baby into our family in August of 2017. My blog has continued to grow along with all of the changes in our lives.

Today, I’m a full-time working mom who is balancing my work life, family life and my love for blogging. It’s definitely not easy but I wouldn’t trade any of it for the world.

We’re always bombarded by how great it is to pursue your passion, etc. – but we’ve spoken with enough people to know that it’s not always easy. Overall, would you say things have been easy for you?
The hardest part about working in the entertainment industry for me has been the uncertainty and instability.

I am in it because I am so passionate about being creative and I wouldn’t change that for the world.

That said, it was a tough pill to swallow when I first realized how often entertainment companies turn over regimes of executives.

I’ve learned that all you can do is do the best you can at your job and try not to put your happiness in the hands of others. I’ve learned to welcome change and to be thankful for it because it allows me to grow, learn new skills and meet new people.

On an entrepreneurial level, my biggest challenge is balancing my work with my passions–and finding the time to get everything done. If only there were more hours in the day!

Since I recently had my first baby, I share tips and tricks for new moms, stories about first-time parenthood, street style for mom and baby, as well as advice on how to live your best life–all through a fashion POV.

I’m most proud that I’m able to balance my blog with my full-time job as an Executive Producer.

My blog is one of my greatest passions because it gives me such a great creative escape at the end of every day. I also love that it has allowed me to collaborate with so many amazing brands and other content creators who are constantly inspiring me.

Has luck played a meaningful role in your life and business?
I credit my mom for my love of creativity. Growing up, she would constantly infuse our lives with so much creativity.

From the t-shirts she hand-painted and the craft projects she’d set up for us to her passion for interior design–she taught me at an early age how important it is to come up with ideas and execute them.

My dad was always one of my biggest advocates too. He taught me that hard work pays off and he shared with me his love for writing.

My husband has been my other biggest supporter. He lets me blog away until all hours of the night. He has also taken tons of photos for me for various campaigns that I could not appreciate enough. 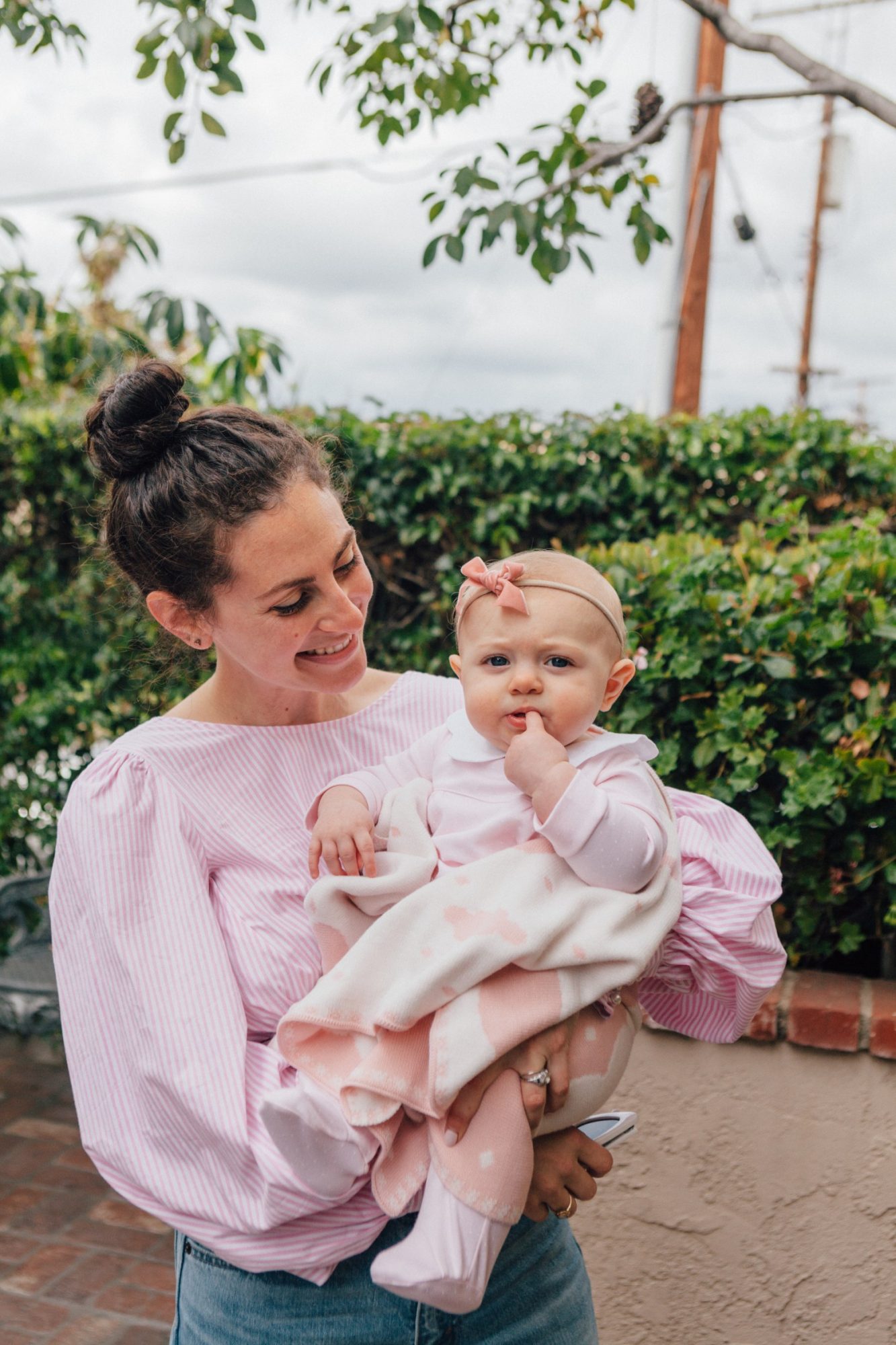 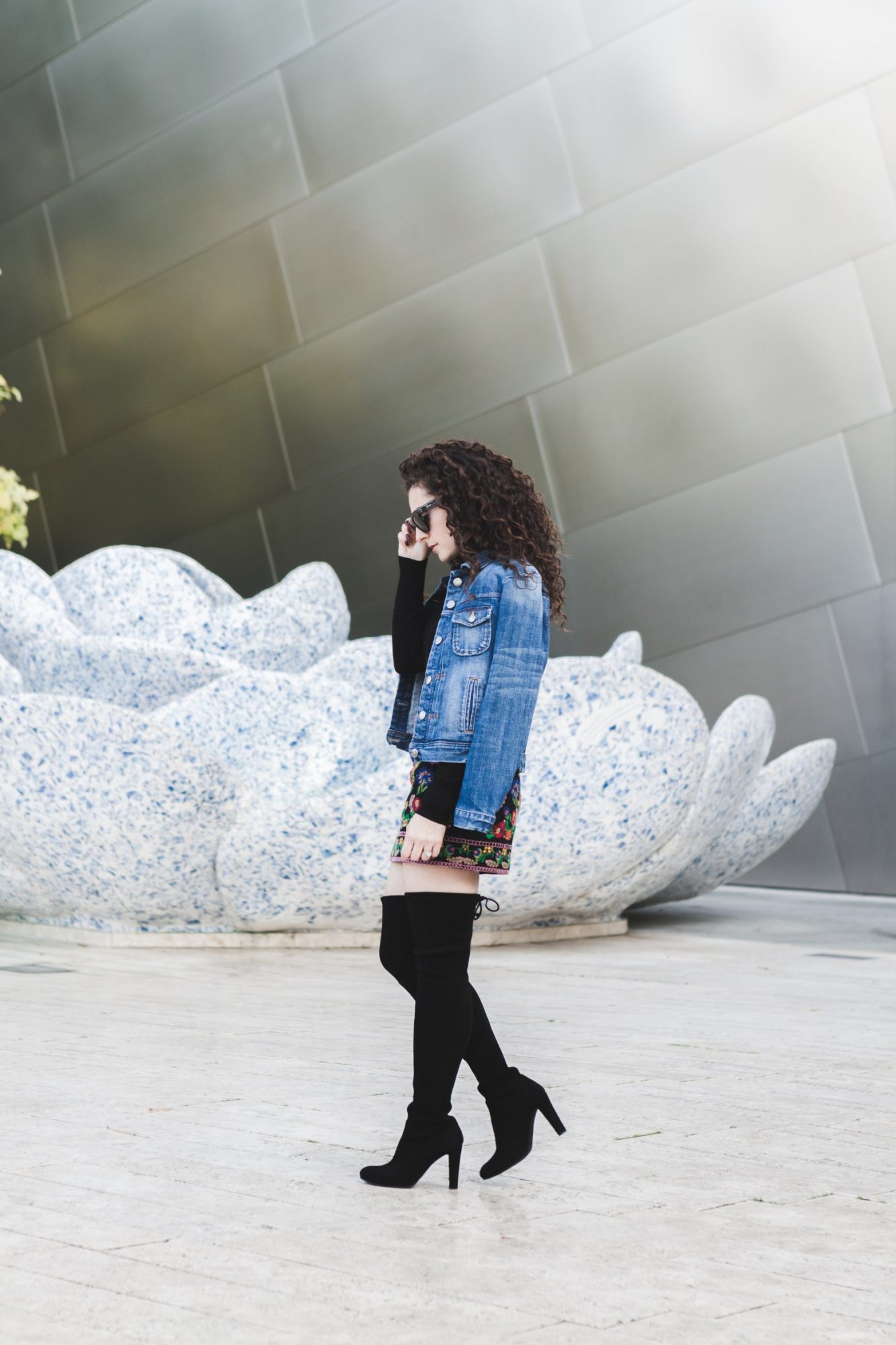 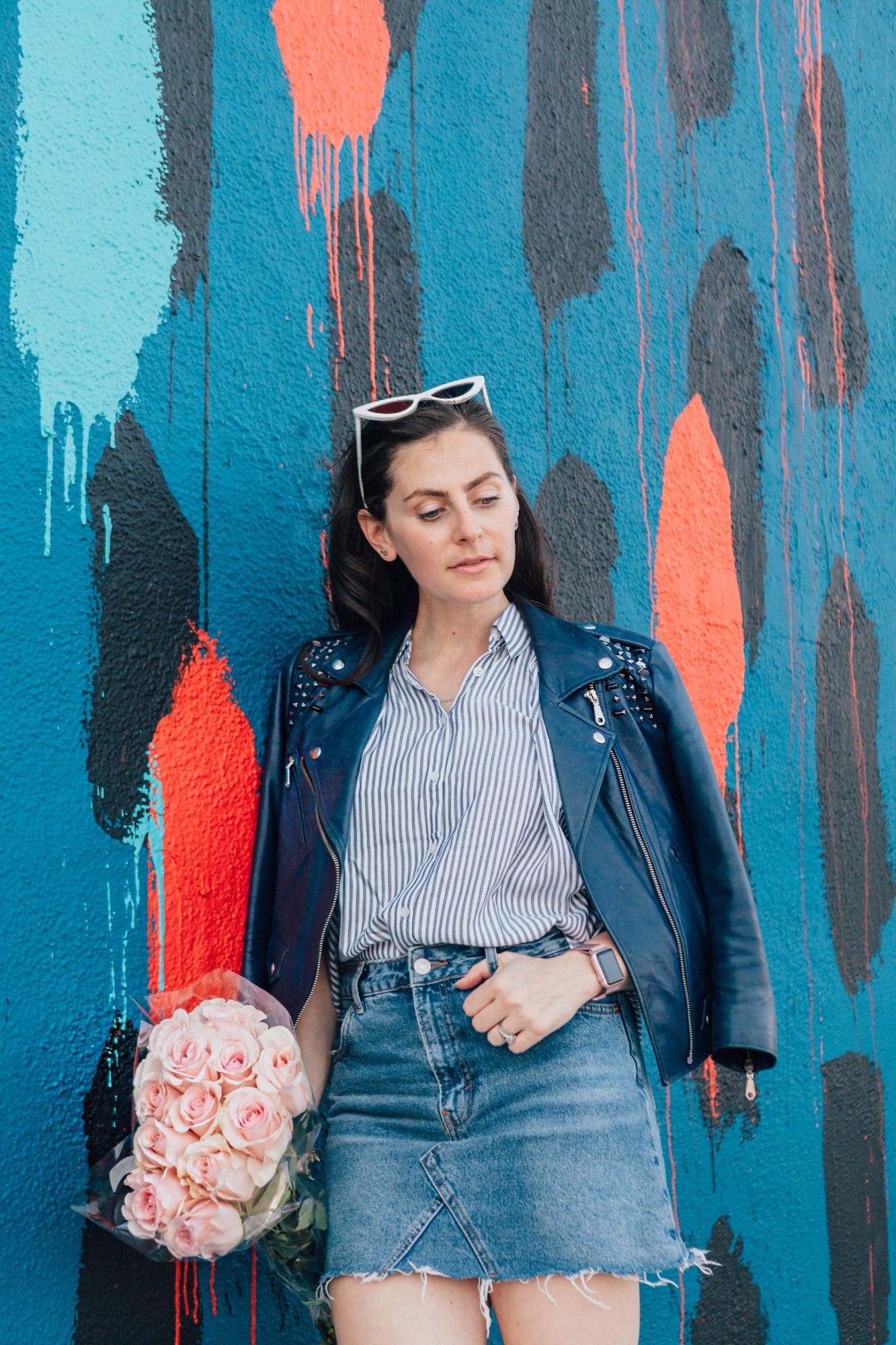 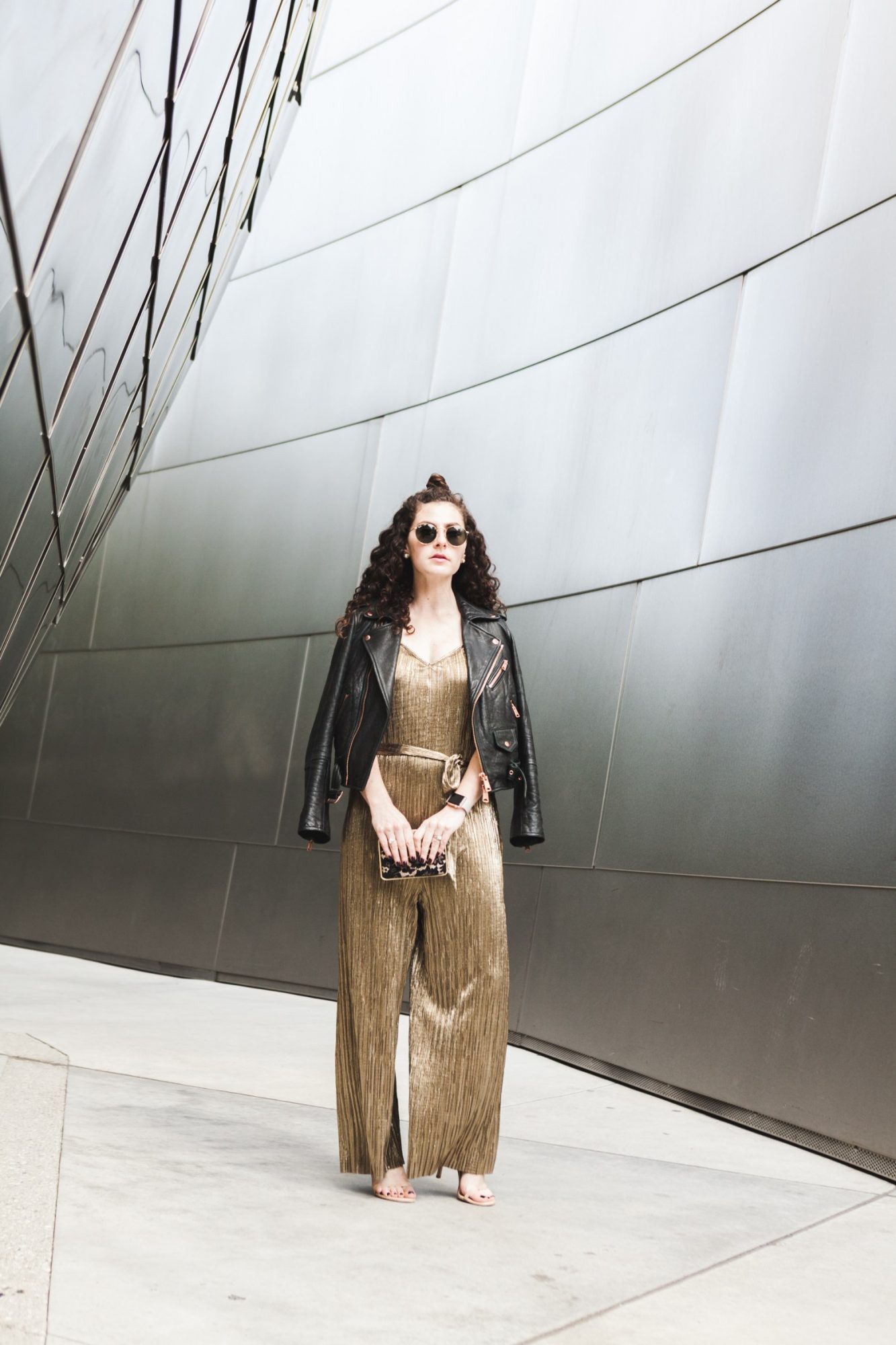 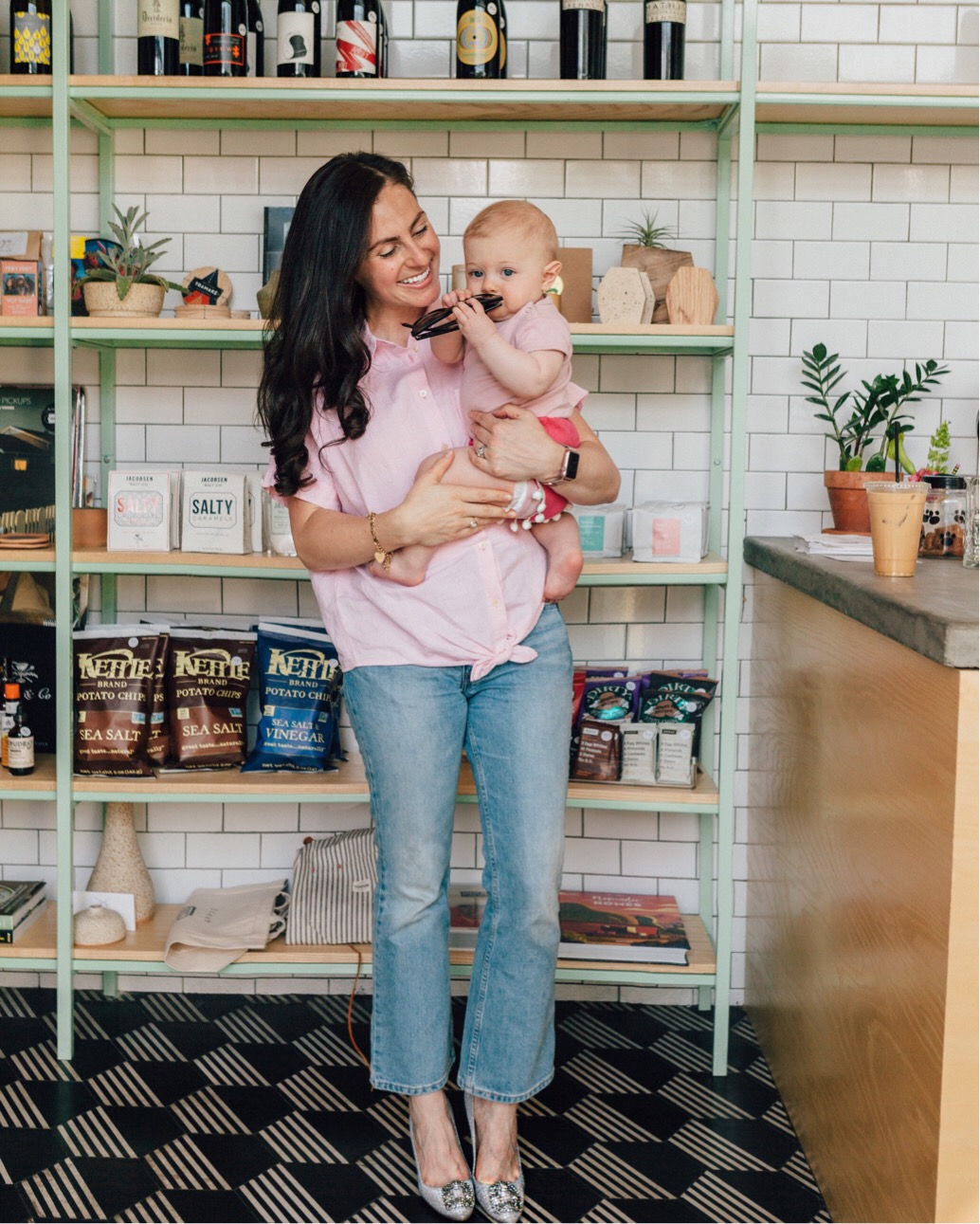 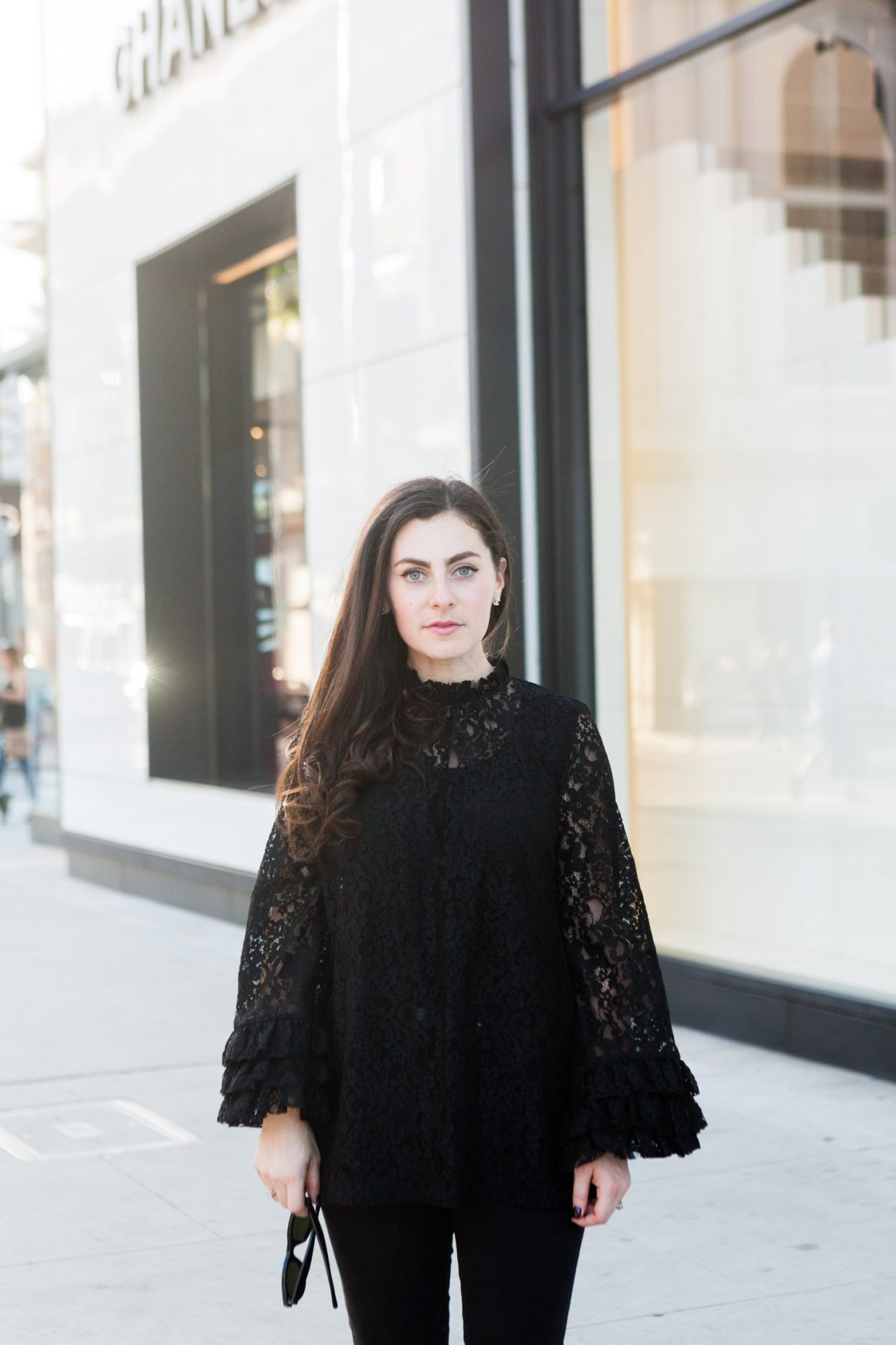 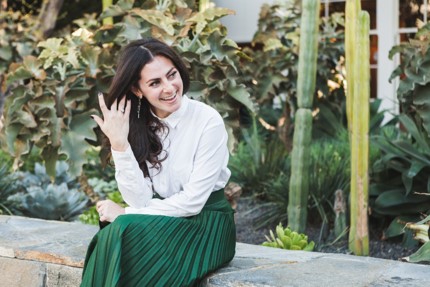