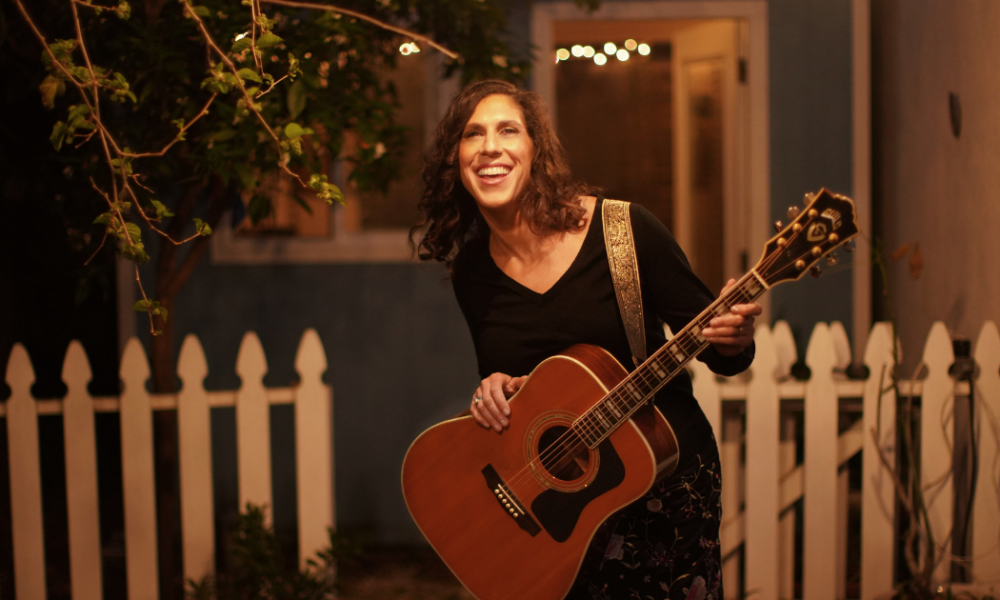 Today we’d like to introduce you to Arielle Silver.

Arielle, let’s start with your story. We’d love to hear how you got started and how the journey has been so far.
Sometime last year, I had a dream: I was looking out at the world, distracted by all the fascinating things it offered. Every once in a while, I would remember that I was carrying a baby in a plastic bag. In slow motion I’d look down, open the top, and find the baby still alive. It was not thriving, of course, but it was, miraculously, still alive. Each time I opened the bag, I said to myself, don’t suffocate the baby. Each time, I was amazed to find I hadn’t.

When I woke that morning, I made a bee-line to the backyard. There was a forgotten garden area tucked behind the garage. It was filled with debris – fallen branches from the mulberry, some old tomato cages. Having barely ever thought of it before, that morning I felt an urgent need to clean it out. By afternoon, it was raked clear. By the next week, I’d dismantled the raised bed. Within a month and a half, I had built a shed with two windows, a chalkboard wall, and a door that let in light when it was closed.

This might seem trivial, but the backstory is that before I moved to Los Angeles 13 years ago, I had been a recording and performing singer/songwriter. I had devoted my life to music, and crossing the country in a tour van with a band had been my lifelong dream. And yet – when I was finally a touring songwriter, I found that living on the road was a hard existence. I felt homeless, which I truly was, and unmoored. I wanted vegetables, a familiar bed, space alone to work on new songs, a community. I wanted to go for a long walk and not get lost. Meanwhile, every day, we were in another town. The band and I crossed the country from coast to coast, and I started to break down. At the end of the 6-month tour, I packed my guitar away. If music was a person, you could say we got divorced, divided up our friends. I wouldn’t go to our old haunts. Didn’t even sing in the car. A decade passed…

And then, in 2018, I woke from the dream about the baby, cleared the garden, and built the shed. Nearly immediately, after a decade, I came full-bodied, full-heartedly back to songwriting.

In other words, amazingly, this baby is still alive. And thriving.

Has it been a smooth road?
When you’re talking about life callings or any other deeply important work, I don’t believe it’s ever going to be a smooth road.

The week of my first gig in ten years, I lost my voice entirely. I thought perhaps I should cancel, but every obstacle can be seen as a question — how bad do you want it? So, I sucked on a bunch of candy and drank tea till I was swimming, and I played that gig and every one since.

A month later, I landed a giant crack in my beautiful Guild. I looked back at the universe and said, “First my voice, now my guitar? Yes, I still want it.”

In other words, I’ve come to see obstacles I encounter as part of the journey, rather than as some kind of false call to halt. There will always be challenges, and they’ve gotten harder since that first gig. On every step of this journey back to the music I’ve had to confront what I don’t know, and then learn or relearn it. Crowdfunding? Mailing lists? Writing charts? Performing? Website building? Merch? Spotify wasn’t even around in the first iteration of my career. The industry has entirely changed since I released my last album, and back then, I was on a record label so half the stuff I didn’t even think about. It will never be a smooth road. But then, that’s not the point of a journey.

What do you do, what do you specialize in, what are you known for, etc. What are you most proud of? What sets you apart from others?
I believe that the power of art is that it expresses some part of the otherwise ineffable. I’ve lived enough to lose and then re-discover my dream. I’ve navigated intangible grief, and have met a lot of people and heard a lot of stories about their own grief.

Frequently in my songs, I try to write simple truths about otherwise complicated situations. I try to write songs in a way that a tough idea can be held and looked at, even as the stories and people in my songs exist in a world of weather and furniture, loss and hope. Through songwriting, I want to understand something about the world or our existence in it. And I want it to be palatable – that is, with melody and rhythm that a person of today’s sensibilities can latch onto.

Let’s touch on your thoughts about our city – what do you like the most and least?
Where my daily life takes place – mostly Burbank to Sherman Oaks – I often feel like I’m in a small town, with the best of what that kind of community offers. It’s a small town filled with creative people who believe that self-care and well-being are an important piece of doing good in the world. So many people in my tiny corner are incredibly, vibrantly alive – making top notch art while committed to evolving as people and making the world a better place.

And even after 13 years here, I’m still smitten with the natural world of Los Angeles. We might pay a premium to live here, but we’re surrounded by, or in a quick driving distance from, what I think is some of the most beautiful nature on earth. When I moved here after years of Boston winters, a friend said, I can’t wait till you tell me how much you love February. It’s true. The sunshine here is life-changing.

Of course, Los Angeles isn’t a small town. It’s a giant, unwieldy city with giant, unwieldy problems that come from an array of conflicts. We have housing problems, significant income disparity, political corruption, and inefficient channels for change that inevitably most negatively impact the most vulnerable among us. My expertise is not in politics, but I believe we can do a whole lot better than we’re doing. It’s heartbreaking how many people are living on the streets and in river-side tents. These are human beings scraping the barrel, and we call ours a first-world nation.

And then, on the upside, this city of small town communities is full of people who are putting forth genuine efforts to understand our problems and take action to help those who are most vulnerable. One thing is certain, and that is that Los Angeles is dynamic and ever-changing. The longer I live here, the more fascinating I find it.

What’s on the horizon for you?
I recently released a holiday single, Lonely Time Of Year, about the heartbreak that comes when you know it’s time to leave something, especially when everyone around is celebrating the holiday season.

My new album, A Thousand Tiny Torches, is slated for release in early 2020. We’re mixing the album right now and I’m super excited about releasing these song-babies out into the world.
Starting in January, at the recording studio where we tracked the album, I’m teaching a songwriting workshop. One of my favorite things is to hang out with people who are as nerdy as I ask about writing, so that’ll be super fun. Also in January, and a few other times during the year,  I will co-lead yoga retreats with my husband, Darby Orr, who is a composer and yoga teacher. And the throughout 2020, I plan to tour, write a lot, and continue teaching yoga and writing.
The link to my holiday single, Lonely Time Of Year, is:  http://smarturl.it/LonelyTimeOfYear 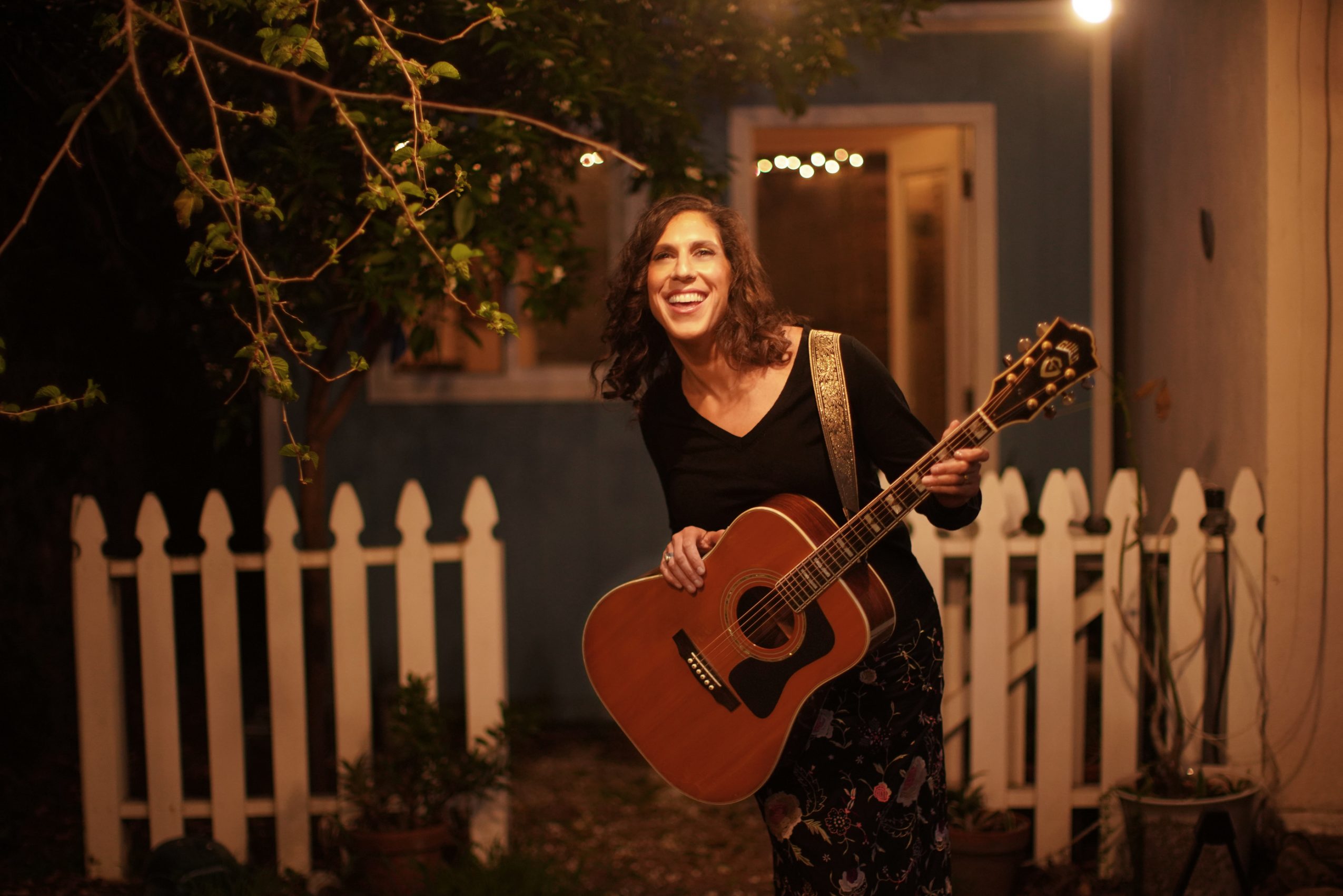 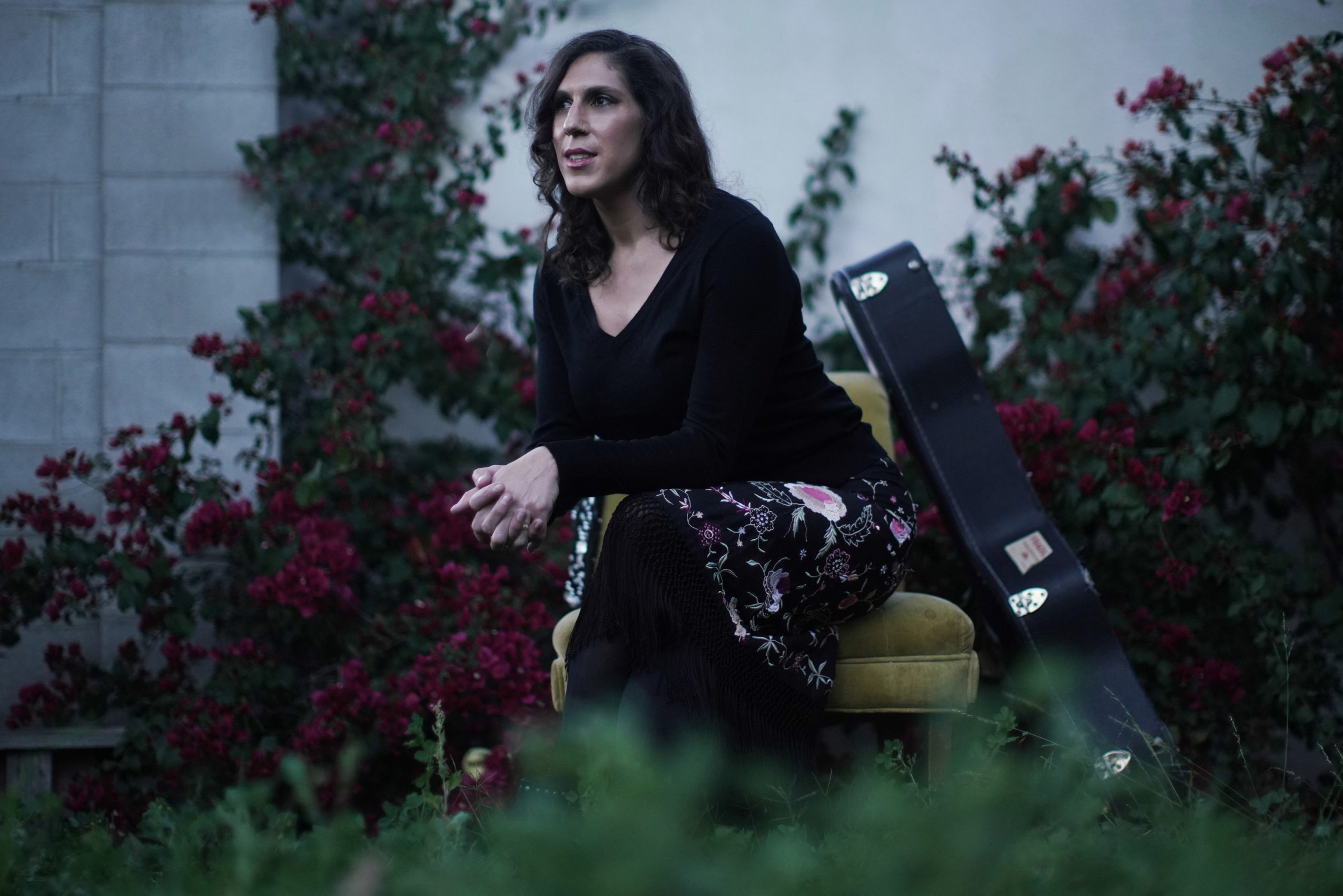 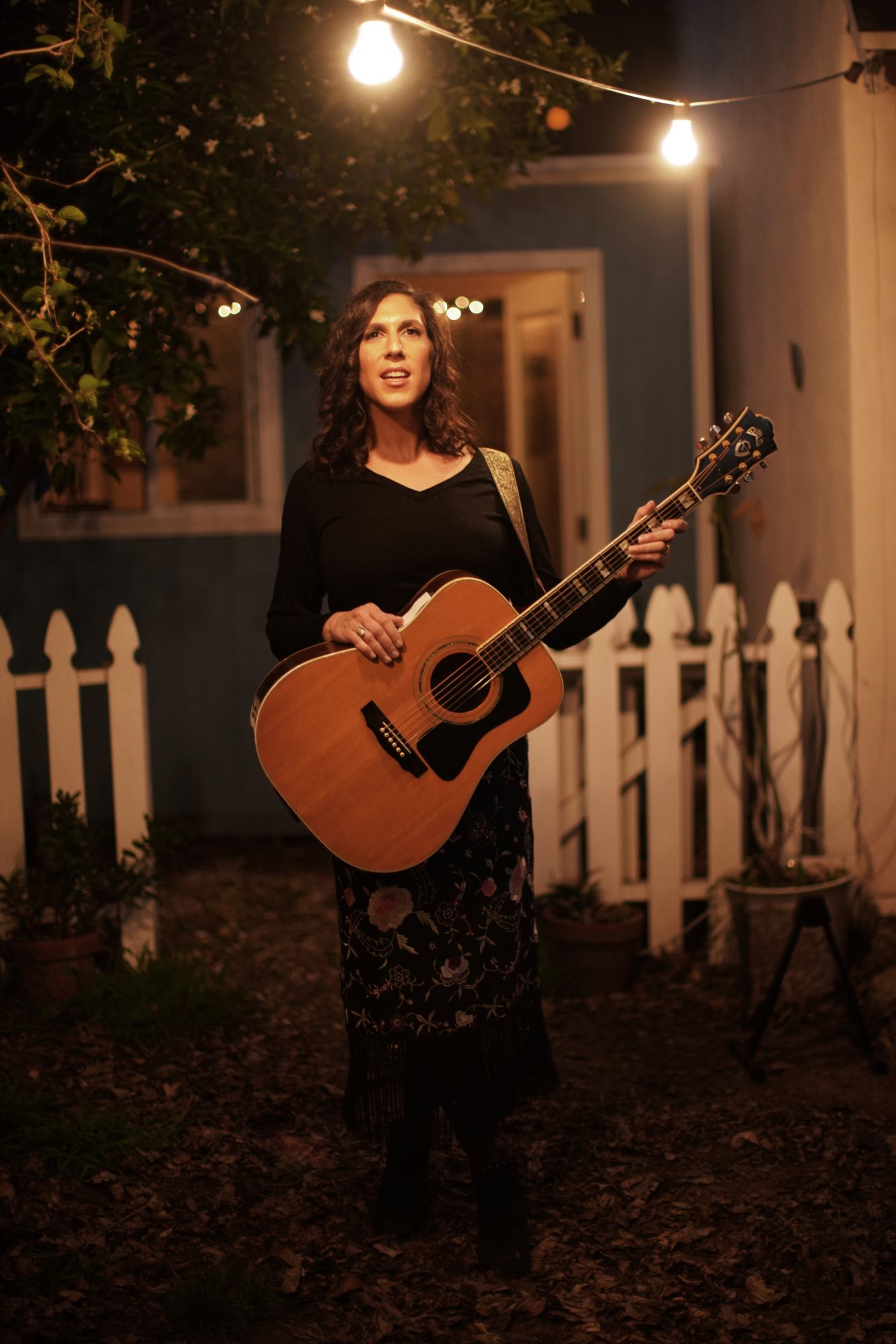 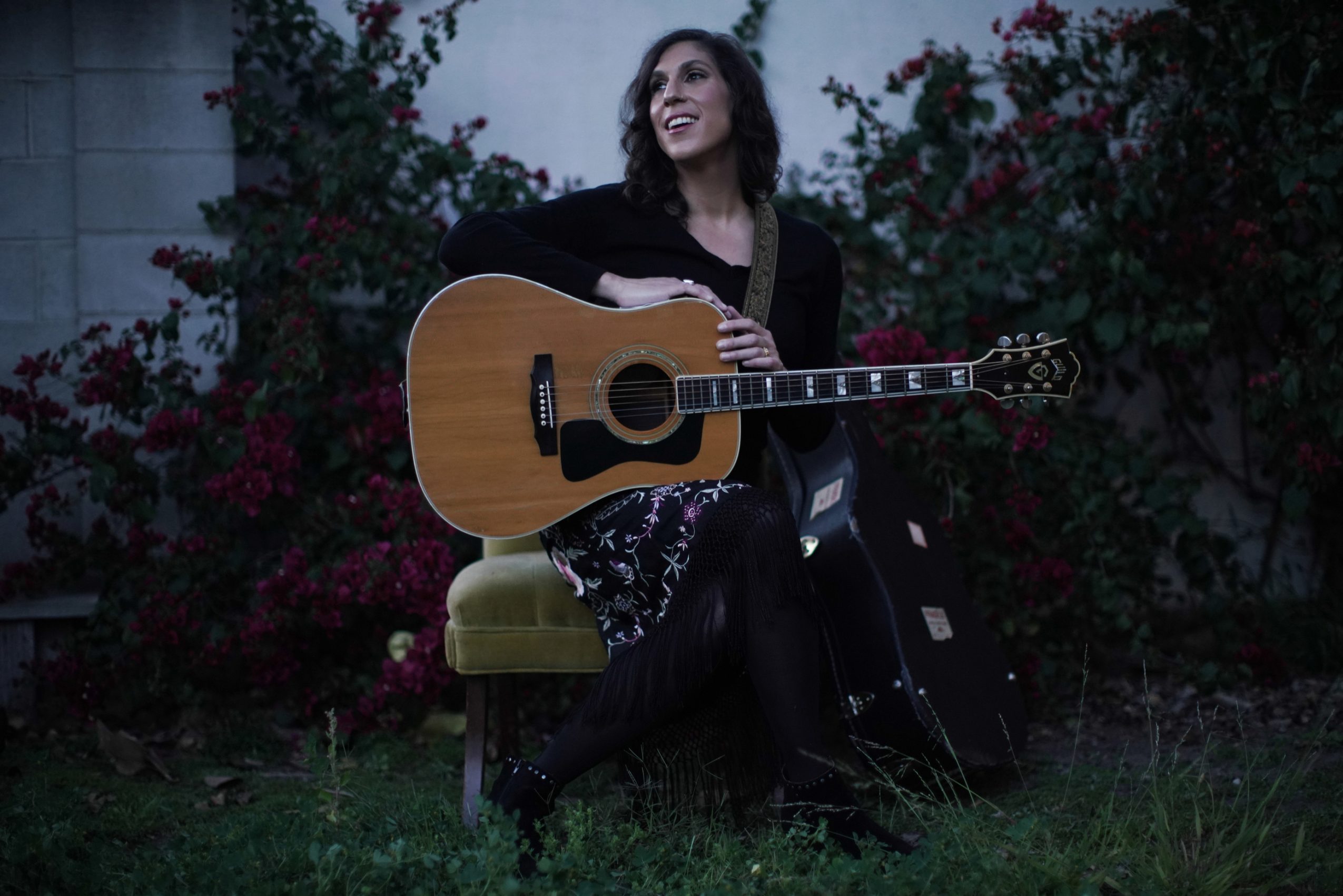