Meet April Strong of The Balloon Diva in Newport Beach 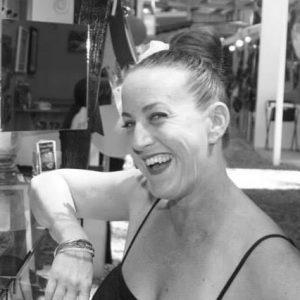 Today we’d like to introduce you to April Strong.

So, before we jump into specific questions about the business, why don’t you give us some details about you and your story.
I was really, really poor. I was attending UCI full time as a Dance Major and working retail at The Imaginarium toy store for thirty hours a week (so I was exhausted!) and made a lifetime friend in Bino (Jesse) Vail. I watched him work a restaurant shift during which children beckoned, parents were relieved and grateful for his distracting entertainment, and then we hopped in his car, where he had me count his tips for him while he drove. I was IN!! He then connected me with a company called Balloonabilities, which at the time was a wonderful company run by an awesome young entrepreneur who appreciated hard work (and a bit of sass!) named Wendy Adler. After being kind-of-hired (they subcontracted balloon artists to restaurants and events), they “trained” me and taught me about ten or so different balloon animals, and then they set me loose! The first shifts were in restaurants, mostly chevys (not capitalized, no apostrophe!) and they were nerve-wracking!

Eventually, I became more comfortable, and after about a year, a new chevys opened in Laguna Niguel, and I claimed it! From its opening in August of 1994 until its closure in October of 2003, I was literally unable to drive my Jeep in the streets of South Orange County without hearing, “IT’S THE BALLOON GIRL FROM CHEVYS!!” and then spotting children’s arms flailing out of minivan windows. (It even happened on a vacation in Kauai with my family, followed by my parents’ simultaneous jaw-drop. To be fair, I had told them of my wannabe celebrity status.) Sometime in early 1997, the head of entertainment from the Laguna Beach Sawdust Festival saw me working away at chevys, and gave me five dates for the summer. The following summer, I had ten dates. By that third summer, I was officially the only balloon artist at the Sawdust, with twenty-two dates, and it was true love. From the beginning until the present day, I have been graced with this work. I have pumped, twisted, smiled, giggled, and loved my way through the hearts of families, children, elderly, challenged, survivors; from movie star abodes to community shelters. I am the luckiest person I know.

Great, so let’s dig a little deeper into the story – has it been an easy path overall and if not, what were the challenges you’ve had to overcome?
Hmmm. I must state that the road has been ridiculously smooth – I did not intend to have a business as a balloon artist at all, I was definitely going to be a famous choreographer for film and television. Instead, I have just ridden the wave of my life – I started doing balloons and fell in love with it. It has enabled me to have my own business, live in my own little version of my dream house, travel far and wide, and – perhaps most importantly – enjoy the actual work I do. Crouching down to listen to a child share their idea of some creation they’ve envisioned for me to make, chat with them about it, feel their excitement and maybe their sweet touch on my shoulder or leg, and then to stand and see their eyes looking up at me while I make what they see as magic is everything.

Please tell us about The Balloon Diva.
My business is generally entertaining with balloons at events and gatherings. I make sweet animals, demure bracelets, and ridiculous headwear. If I had to note a specialty – balloonwise – I would have to state it is likely to be my crazy hats. Otherwise, I have been told on numerous occasions that my specialty has nothing to do with balloons. Connecting with people, loving on children, laughing uproariously, encouraging silliness, humbly serving – I am an entertainer and a lover of what it looks like when people forget for a minute and enjoy the passage of time.

Do you look back particularly fondly on any memories from childhood?
I could not possibly choose a favorite childhood memory. There are a million jillion!! It was magical. 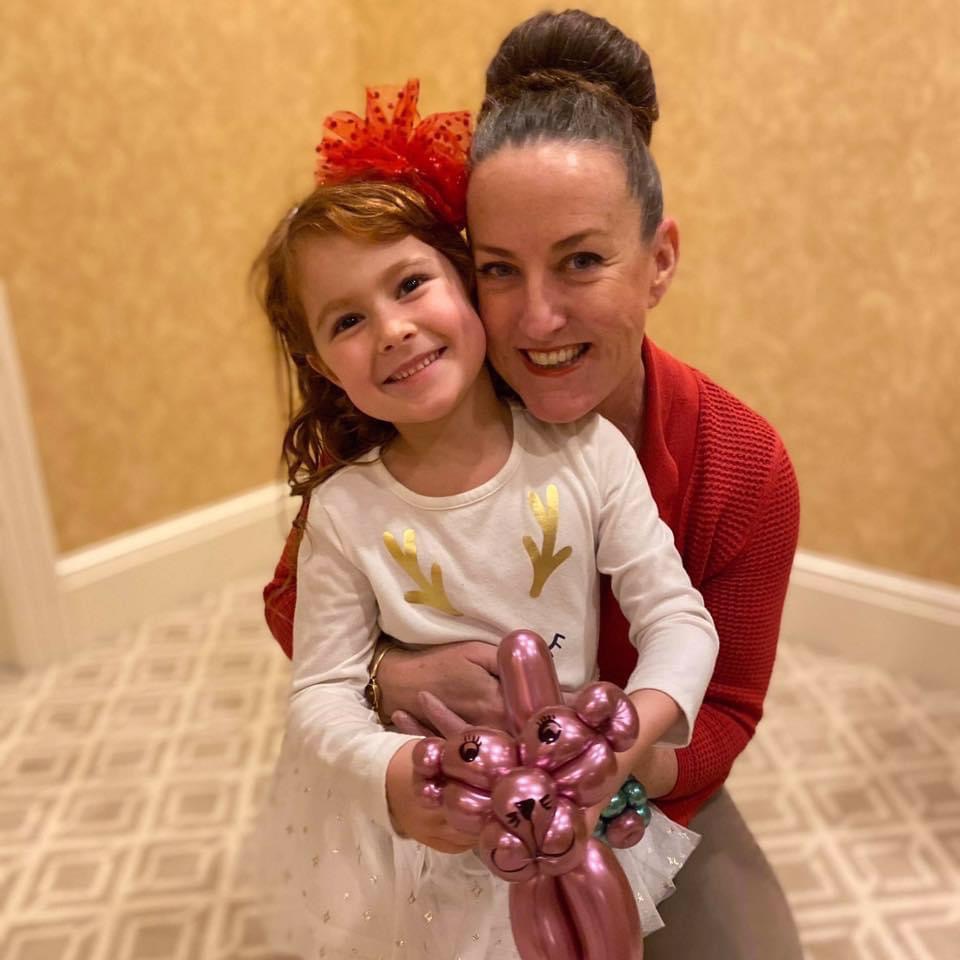 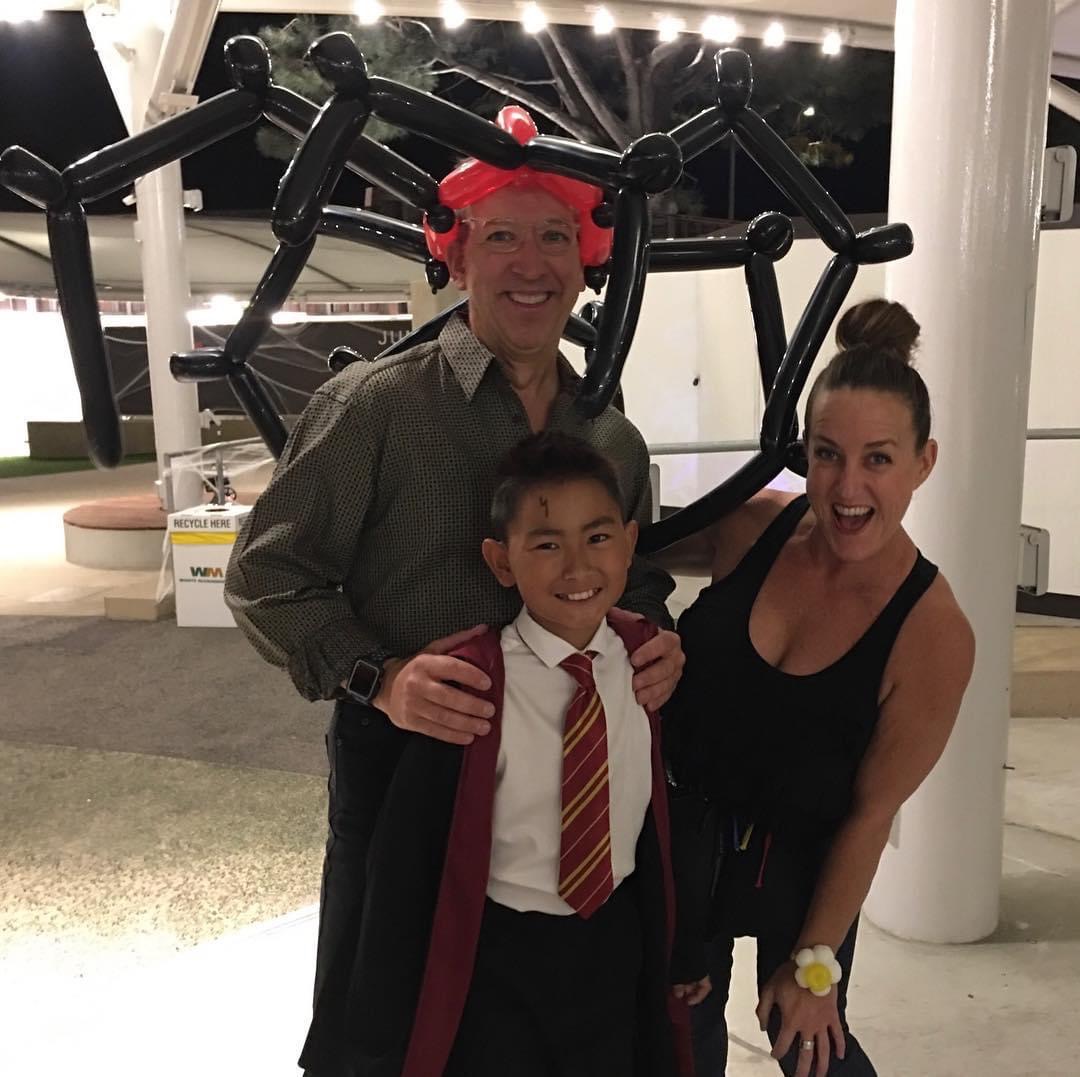 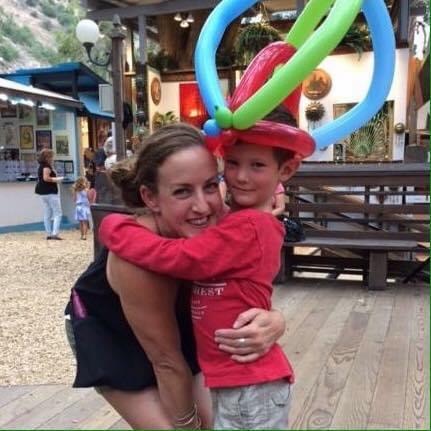 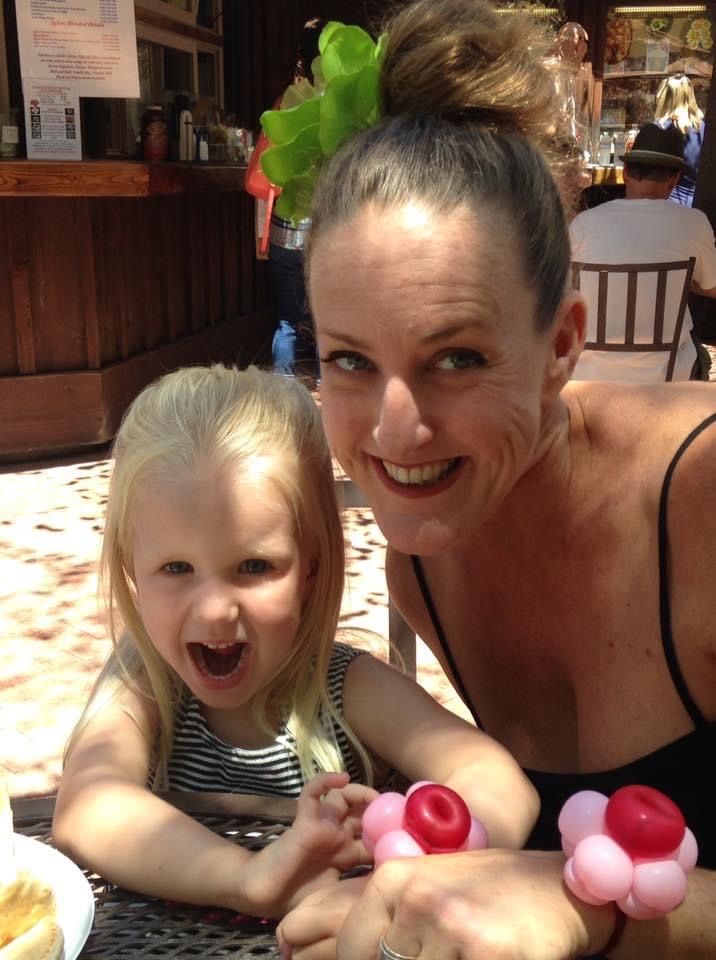 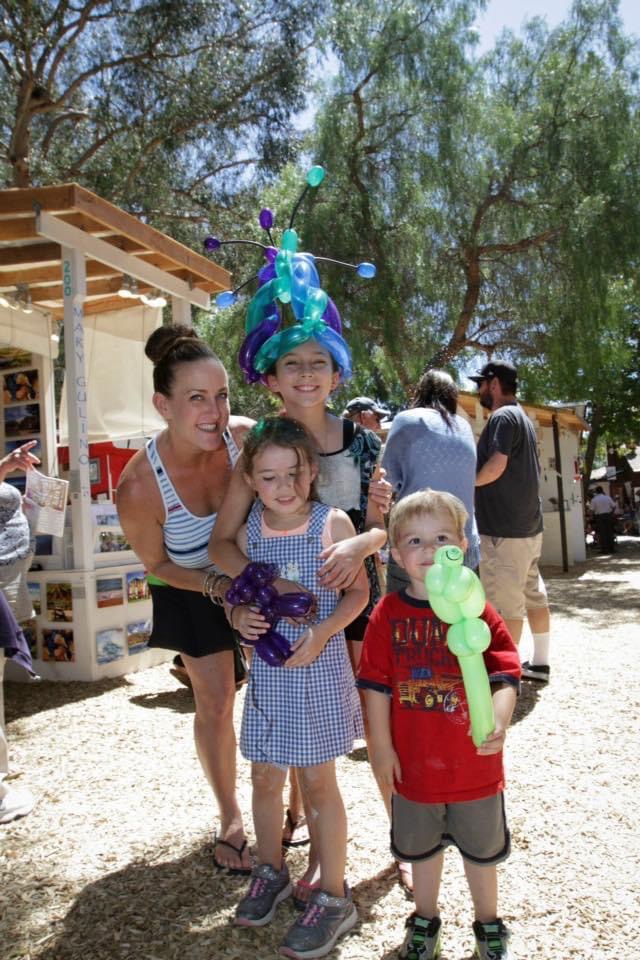 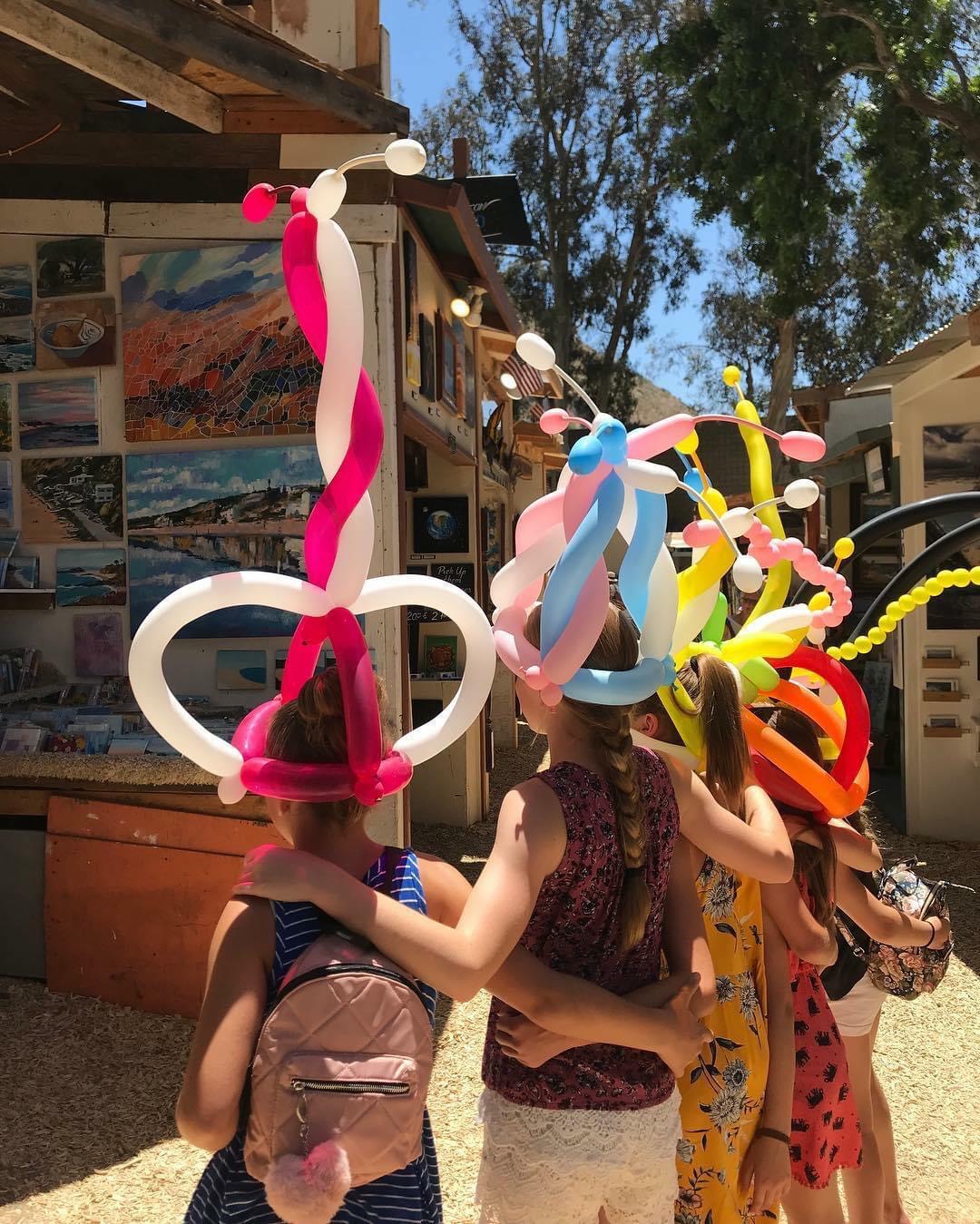 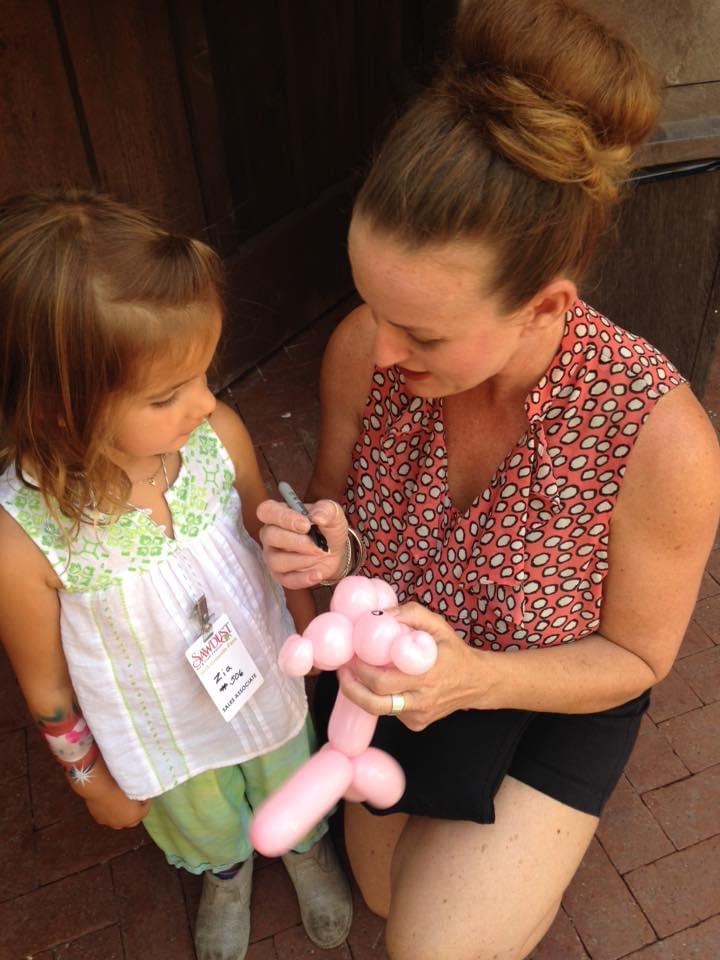 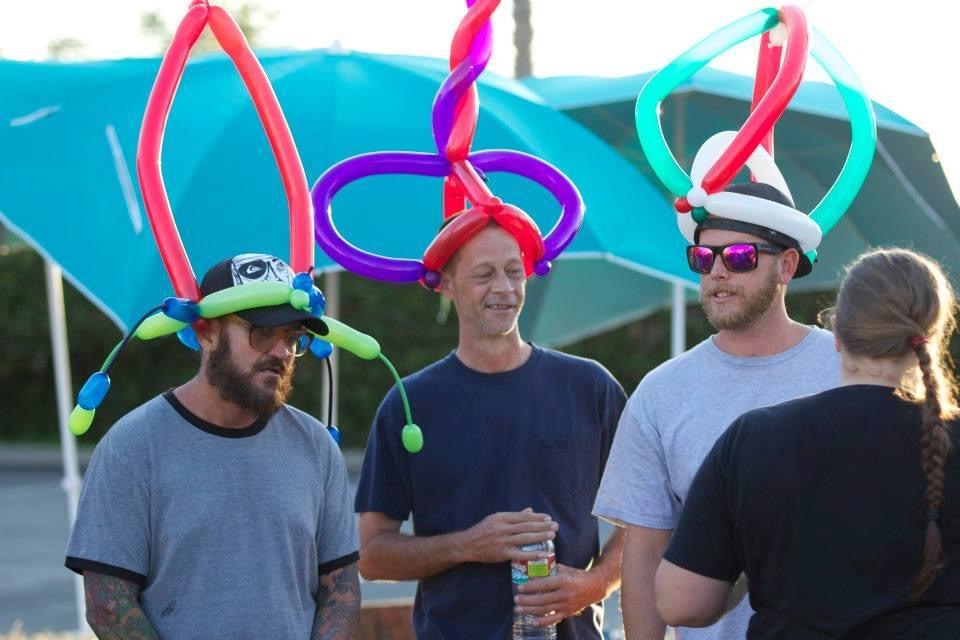