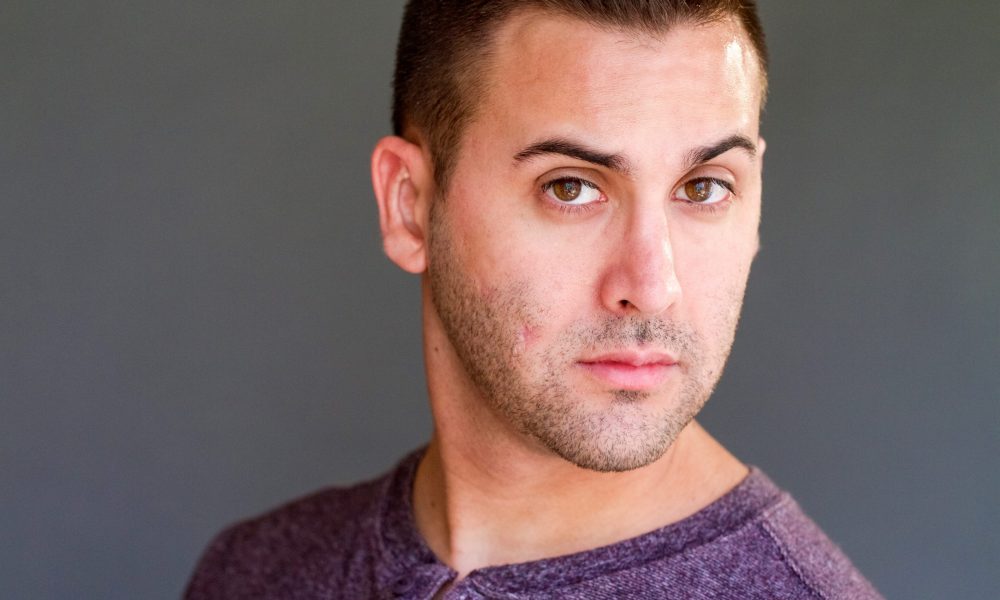 Today we’d like to introduce you to Anthony Fontana.

Anthony, let’s start with your story. We’d love to hear how you got started and how the journey has been so far.
It all started my freshman year at the University of California, Irvine where I was studying musical theatre at the Claire Trevor School of the Arts in 2009. That first year at UC Irvine, really laid the groundwork for my work as a coach. I grew up in a family that was always very supportive of the arts and was lucky enough to have neighbors in the entertainment industry that exposed me to the theatre. Going into college: I had quite a bit of experience in the regional theatre thanks to my neighbors Director/Choreographer Ray Limon and Musical Director Joshua Carr, now Executive Producer of the Welk Resort Theatre; music training as a pianist; and was studying singing with one of Hollywood’s renowned vocal coaches Calvin Remsberg, where I got the foundation of my technical background rooted in Bel Canto. I always had a fascination for voice work and the entertainment industry, but never really pictured myself becoming a coach and working alongside my peers while also pursuing a career in entertainment; that is exactly what would come to happen as I progressed through my time at UC Irvine.

During that first year hanging out in the dorms, word spread that I was a pianist and eventually, I became the go-to accompanist amongst my peers for auditioning purposes and was later hired as an accompanist by the Department of Drama for beginning musical theatre classes and Tony Award Winning Producer Tim Kashani (Memphis, Hair, An American in Paris) for local projects that he was working on. As my peers started to book work both in and out of UC Irvine, inquiries about coaching on a more serious note started to appear which is when I reached out to Mr. Remsberg who was generous enough to let me shadow him for about a year and guide me in my first year of coaching.

As I progressed through UC Irvine’s program, I was introduced to Fitzmaurice Voicework and met Dr. Gary Busby, Professor of Music Theatre and Conducting – who revolutionized the way that I thought about voice work and credit my teaching style and philosophy of singing to. Now Chair of the Department of Drama at the Claire Trevor School of the Arts, Dr. Busby was a voice student of Opera Singer and Broadway Performer Gloria Lane (The Consul and The Saint of Bleecker Street) and a conducting student of Samuel Krachmalnick who’s work for American Composer Leonard Bernstein (West Side Story), as musical director for the original production of Candide, would earn him a Tony Award nomination. Dr. Busby had a way of working with actors that would not just improve their voice in a significant manner, but make them stellar performers who were rooted in truth. As my studies with Dr. Busby continued throughout my time at UC Irvine, I saw myself transform significantly as a performer.

After UC Irvine and appearing in the original cast of an Off Broadway musical in New York, I moved to Los Angeles to expand my knowledge and experience in the entertainment industry and further my acting studies at The Joanne Baron/D.W. Brown Studio. I started working as an executive assistant in a talent management firm and as a casting associate for music videos and independent films with credits that include projects for Toby Keith, Kenny Chesney, P!nk, and Eric Roberts. During that time, I experimented with applying many aspects of what I had learned with Fitzmaurice Voicework to my own singing and would continue to study voice with Dr. Busby who would mentor me and take me under his wing, when I returned to coaching.

When I returned to coaching the leading entertainment industry magazine, Backstage, honored me as a vocal coach in their 2014 Readers’ Choice Awards and again in 2015 as one of the top vocal coaches in the Greater Los Angeles Area. In 2015, I worked as a vocal coach for many Disneyland Resort tour guides and expanded my work to be an in-studio vocal coach and accompanist for recording artists with Sony Music Producer Thomas Barsoe at OC Hit Factory. Today, I work with clients of all ages and experience levels that include working actors with credits including national tours, films, and television as well as recording artists in both my Orange County and Los Angeles based studios.

As a coach who has seen quite a bit of the entertainment industry, my utmost priority when I work with a client is to not just develop their voice in a healthy manner with good technique, but to develop them as a well-rounded performer with the whole picture of the entertainment industry in perspective. For me, it always goes back to intention, freedom, authenticity, and truly understanding what it means to “be in the moment” regardless of the style of music or type of performance an actor or singer is engaged in. The kind of work that I do with my clients is influenced heavily by my studies with Dr. Busby, Fitzmaurice Voicework, my training at The Joanne Baron/D.W. Brown Studio, and experience in casting.

We’re always bombarded by how great it is to pursue your passion, etc – but we’ve spoken with enough people to know that it’s not always easy. Overall, would you say things have been easy for you?
For the most part, I would say that my development in my career as a vocal coach and getting to where I am today has been fairly smooth. The biggest struggle that I had when I first started coaching was to find the balance between not just pursuing a career as an actor but being an effective vocal coach that truly has something of value to offer my clients by staying on top of my own training and allowing room for growth and refinement as I continued my research and understanding of voice work. Thankfully I have found that balance and continue to work on expanding and developing myself as an artist and coach for my clients.

So let’s switch gears a bit and go into the AMF Studios story. Tell us more about the business.
My business is called AMF Studios and I specialize in private coaching. I am primarily a vocal coach working with actors and recording artists in Los Angeles, but also offer accompaniment services, piano instruction, as well audition and performance preparation. One of the things I am most proud to offer as a coach is my active role within the entertainment industry as well as experience in many aspects of it. I feel that it really allows me to work with clients in a more personalized manner that is geared toward the clients’ specific goals whether that is to pursue what they are learning as a hobby or career. As a coach, my philosophy is to develop the performer as a whole and not just to have solid technique and increase range. Throughout our time together, I want someone to really understand what it means to speak or sing from an authentic place that is grounded in truth and intention – allowing them to go through the experience of a song or scene. If they are able to learn how to do this the voice will be freer and come from a natural place that allows for vocal inflection and spontaneity. I am also open to working with pretty much any genre of music from pop, rock, musical theatre, opera, and jazz, to name a few. Unlike many other coaches or studios in my field, I am proud to offer a Loyalty Rewards Program. I am also a proud member of SAG-AFTRA, Actors’ Equity Association, National Association of Teachers of Singing, and the Voice and Speech Trainers Association.

Has luck played a meaningful role in your life and business?
I would say that luck has some form of influence in everyone’s lives, but I have had pretty good luck with the people who I have met along the way. My mentors and teachers have been very supportive and encouraging and I am incredibly lucky for that. However, I think just like in any other aspect of life, it is the hard work and dedication along with their encouragement that has allowed me to get where I am thus far.