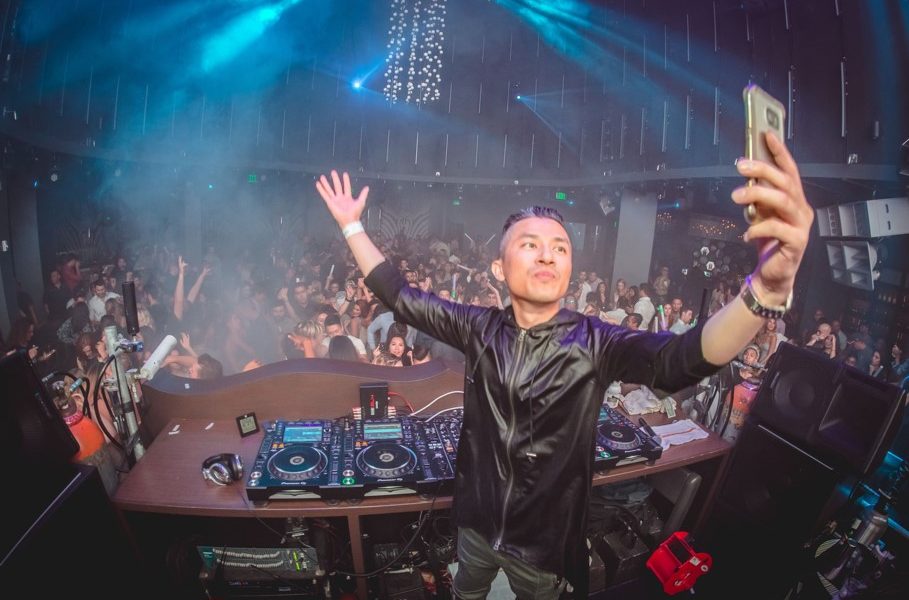 Today we’d like to introduce you to Andrew Nguyen.

Andrew, please share your story with us. How did you get to where you are today?
Music has inspired, comforted, and has been the only thing that’s made sense in my life. My journey begins with my fascination with music at a very young age.

I came to the United States as a refugee from Vietnam when I was 3 years old. My parents had approximately $20 when we came to this country. Although we were poor, my parents did the best they could to raise me. When I was 10 years old, my mom bought me a piano with the little money her and my dad had saved. My uncle got me a boom box around the same age for Christmas. Music was constantly blasted on our home stereo system. I was introduced to the Beatles, Elvis, The Bee Gees,and ABBA by my parents. My uncles and my best friend in elementary school, introduced me to 80s Pop and New Wave, bands such as Wham!, Depeche Mode, New Order, Prince. This was when my obsession with music began.

In high school I gravitated to older kids that liked the same music and knew more. My older cousin and older friends introduced me to Industrial, Goth, Punk, Indie and Alternative Rock. There was also a DJ that attended my high school. We became friends and he introduced me to Acid House, Detroit Techno, Chicago House, Progressive House, Trance, and so much more. He was just as fascinated and obsessed with music as I was. I also started attending concerts, raves, festivals, and underground parties around this time. All these experiences and people shaped my perspective about music and I quickly understood that music was much more than just melodies, lyrics, and instruments: it was a way to communicate emotions, it was a language, and in the case of Dance Music, a global language.

After high school, I went to a local college and was urged by my parents to find a stable profession. I had been working since the age of 14, from summer jobs to working at the mall, I was no stranger to labor, enjoyed hard work and getting things accomplished. It was time to find a proper profession though and I could not settle on one that felt right. Music was always a hobby and my parents, although supported my passion did not have confidence in the stability of the music and entertainment industry. I intuitively pushed onward, taking guitar, piano, and MIDI (Musical Instrument Digital Interface) classes, which later triggered another obsession: electronics. At about this time, I got a job working for Fry’s Electronics in Fountain Valley, starting as a cashier and quickly moving up to computer component sales which was the most technical position at the store. I held the job for 2 years and gained an incredible amount of knowledge, from building, networking, troubleshooting computers to overclocking cpu’s and other cool hacks. During my time at Fry’s, I was offered two jobs from customers: one, was a position at Yamaha for their sound design department and two, was a job at a company called Internet Connect which provided business-class internet broadband service. Both positions were exciting and both I had zero experience in. I was a quick learner though and jumped in first with Yamaha. My experience at Yamaha was amazing. The sound design manager there was English, had over 30 years of experience and took me under his wing. This was my first major company I worked for and it was a Japanese company so their quality control and work ethic was top notch. For the first time, I felt challenged and loved it! There was however one challenge I could not get over: the title of my position was “sound design consultant” and I only worked and was paid when they needed me. I did not understand this and decided to part ways with Yamaha after a year. I went instead to work for InternetConnect (now called ClearPath Networks) which gave me a nice salary, corner desk by a window in a tall building in downtown LA, a Herman Miller chair, a computer and phone equipped with the latest Microsoft Office and Cisco

technology. They also gave me an expense account to take business clients out as needed. I was the youngest person at the company and my title was “Business Development Manger.” My parents were very pleased and saw a stable and proper future for me finally. I excelled at ClearPath Networks however, after 2 years, I was unfilled and every ounce of motivation was drained out of me. I turned in my resignation twice and twice the CEO gave me a raise. I stayed a little bit longer but eventually, money could not fulfill me. It was a very confusing time for me, I had lots of money, a nice car, bright career, but I was just not happy. In fact, I was so unhappy, I felt like I hit rock bottom and did not want to continue living. At that point, I had nothing to loose so I quit, bought a pair of used CDJs (CD turntables) and started playing anywhere and everywhere for free.

What happened next in my life I would have never in my wildest dreams predicted or understood. Within 1 year, I was referred by friends to house parties, birthdays, weddings, bars, lounges, nightclubs which eventually led to the biggest most prestigious venues and events in the world. I have played at Omnia Las Vegas, Marquee Las Vegas, Omnia San Diego, Exchange LA, Avalon LA, to name a few and shared the stage and produced events with world renowned talent such as Above & Beyond, Armin Van Buuren, Paul Oakenfold, Calvin Harris, Steve Aoki, and more. I am signed to Ultra Records, owned by Sony Music. I own and operate multi-service entertainment company called 3X which provides talent bookings, management, consultation, a media platform and a TV show recently launched called “Elektronik Generation,” and also a record label soon to be launched. That was 12 years ago. That was the turning point of my life, career, and business. And although there are many milestones within the last 12 years, everything that happened before that was what prepared me to take advantage of the opportunities and become who I am today. I did not have a guide other than the voice and passion from my heart, which at many times pointed me in directions and decisions that did not make any sense, but I listened and now have learned to trust. Today I am fully independent and doing better than I did when I worked for any company although it’s not about the money and never will be. That’s my story 🙂

We’re always bombarded by how great it is to pursue your passion, etc – but we’ve spoken with enough people to know that it’s not always easy. Overall, would you say things have been easy for you?
There were many obstacles and challenges but looking back, the hardest ones were psychologically rooted. Prior to starting my entertainment career and business, I did not have enough trust and confidence to go for it. The passion was always there, the signs were always there, I was born to do this but I didn’t listen to my heart until I hit rock bottom. At that point, my mind turned off and my heart became the light the led the way. This is all you really need.

So let’s switch gears a bit and go into the ANDR3X (DJ/Producer), 3X (Events, Artists, Media) story. Tell us more about the business.
3X is a multi-service entertainment company focusing on all aspects of music and media: from talent bookings, management, consultation, to marketing and promotion for events, venues, and artists. Our media platform is a TV talk show called “Elektronik Generation” focusing on unifying humanity through “Elektroniks.” We also have a record label soon to be launched.

Has luck played a meaningful role in your life and business?
When you do what you love, luck is not a factor. That in itself is lucky actually. 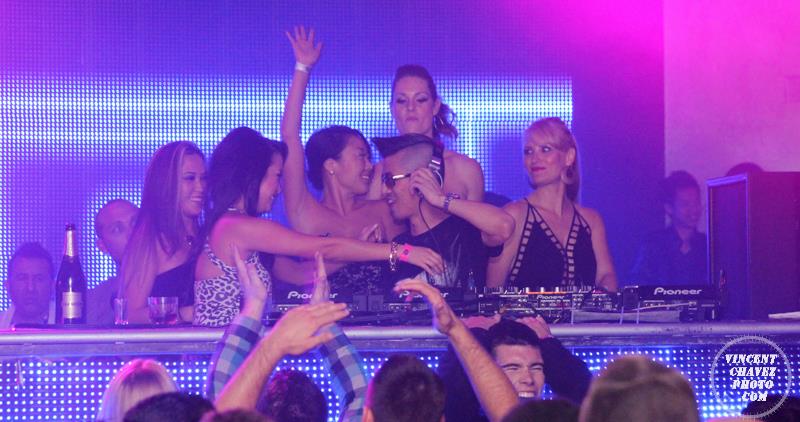 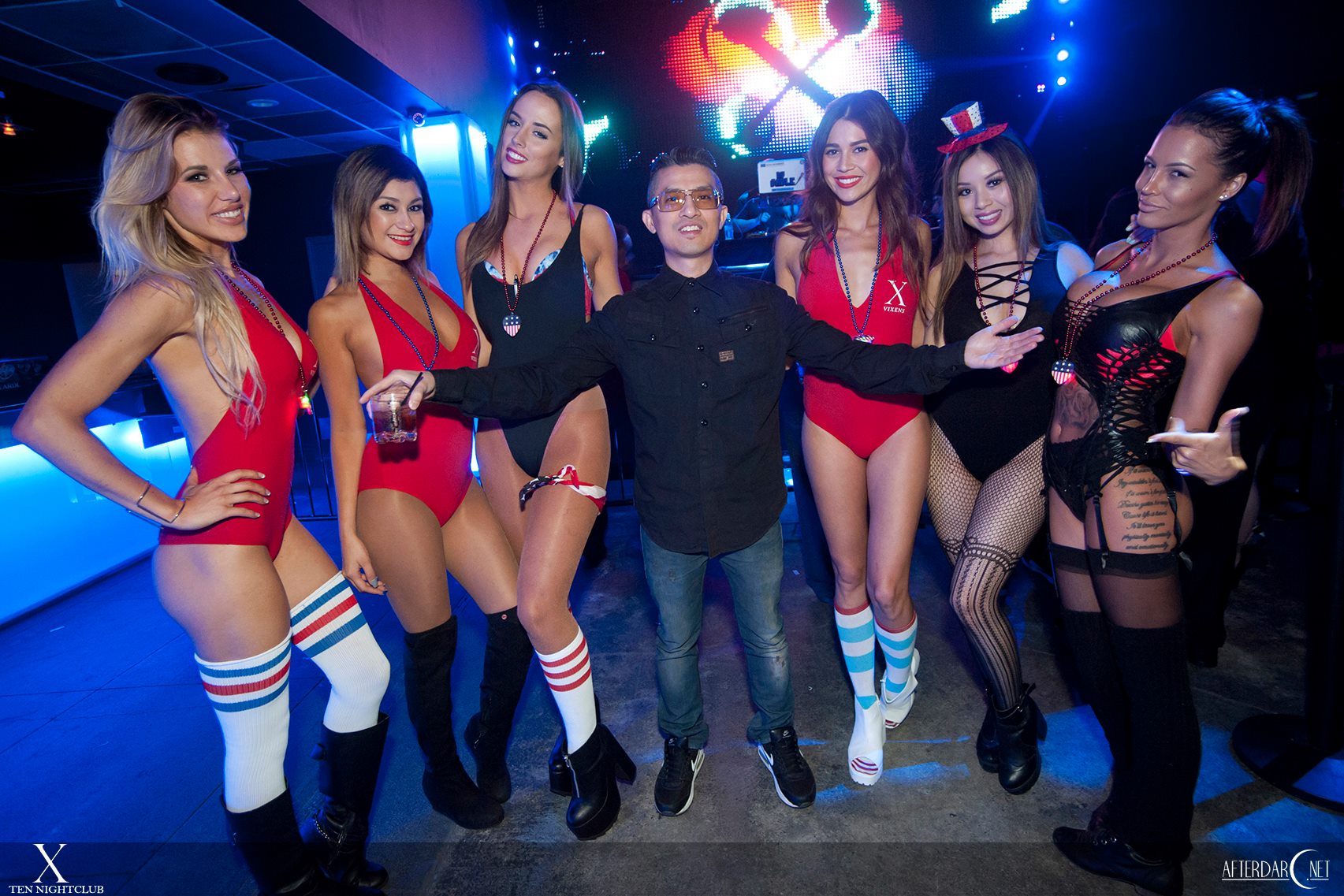 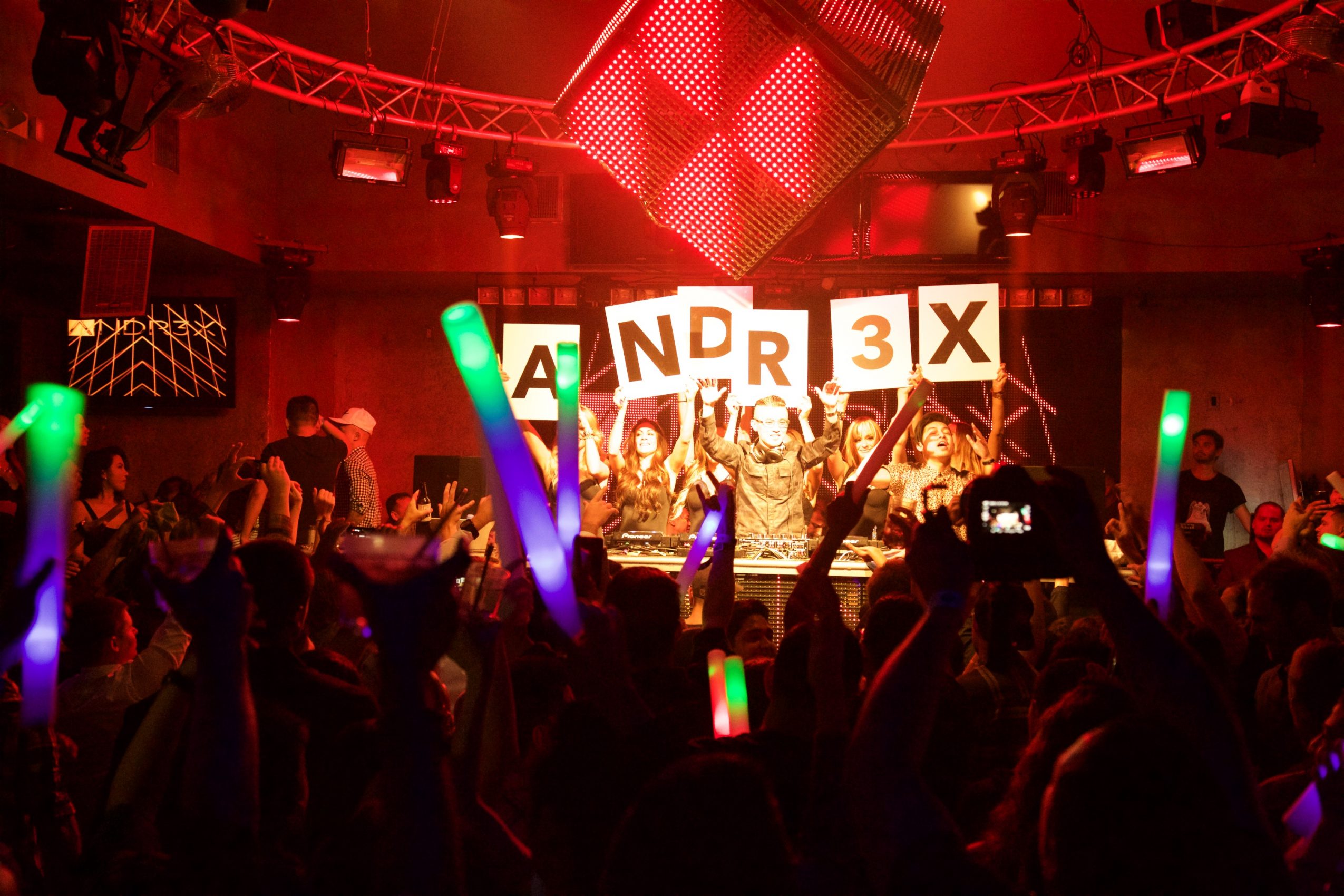 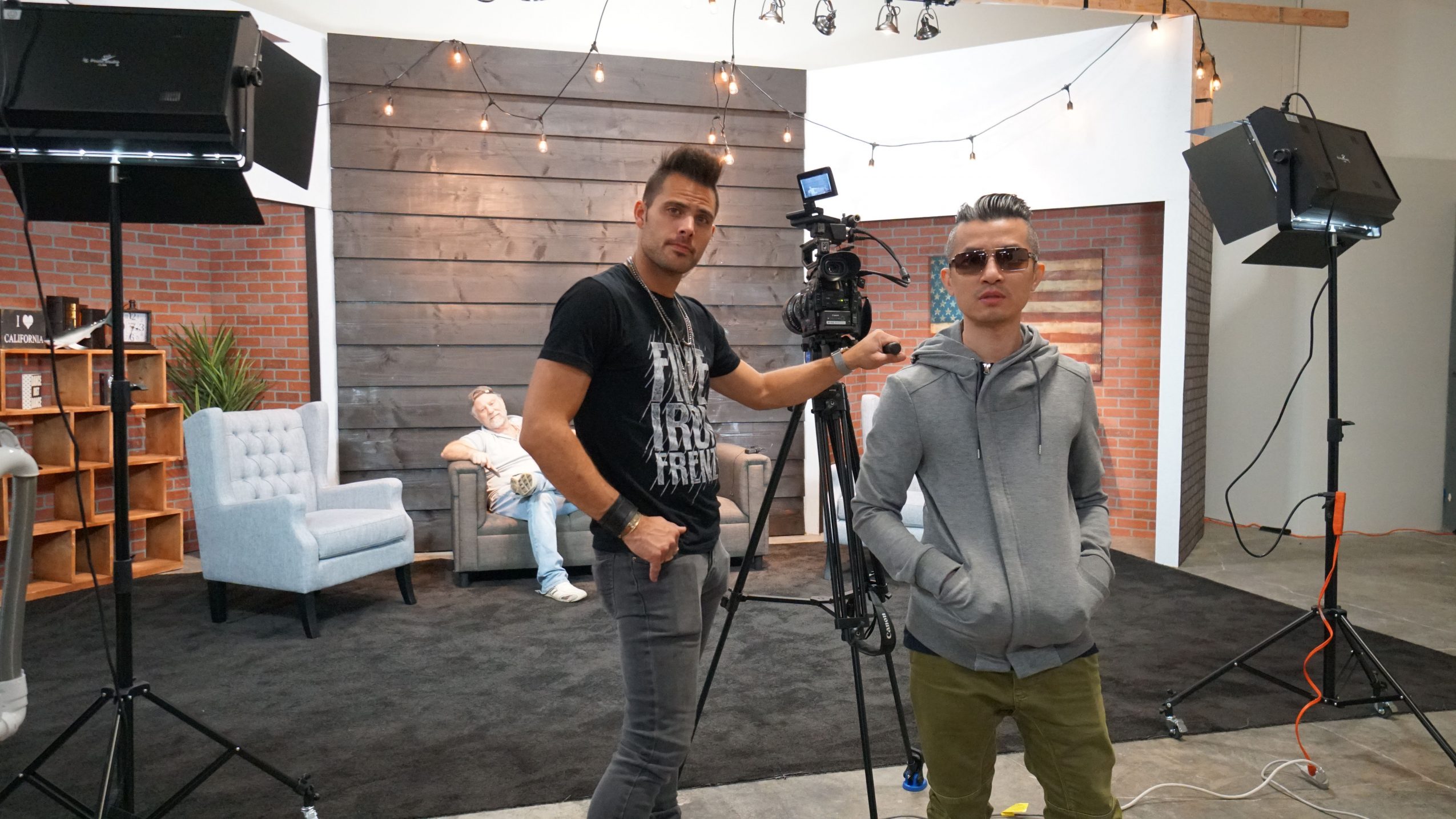 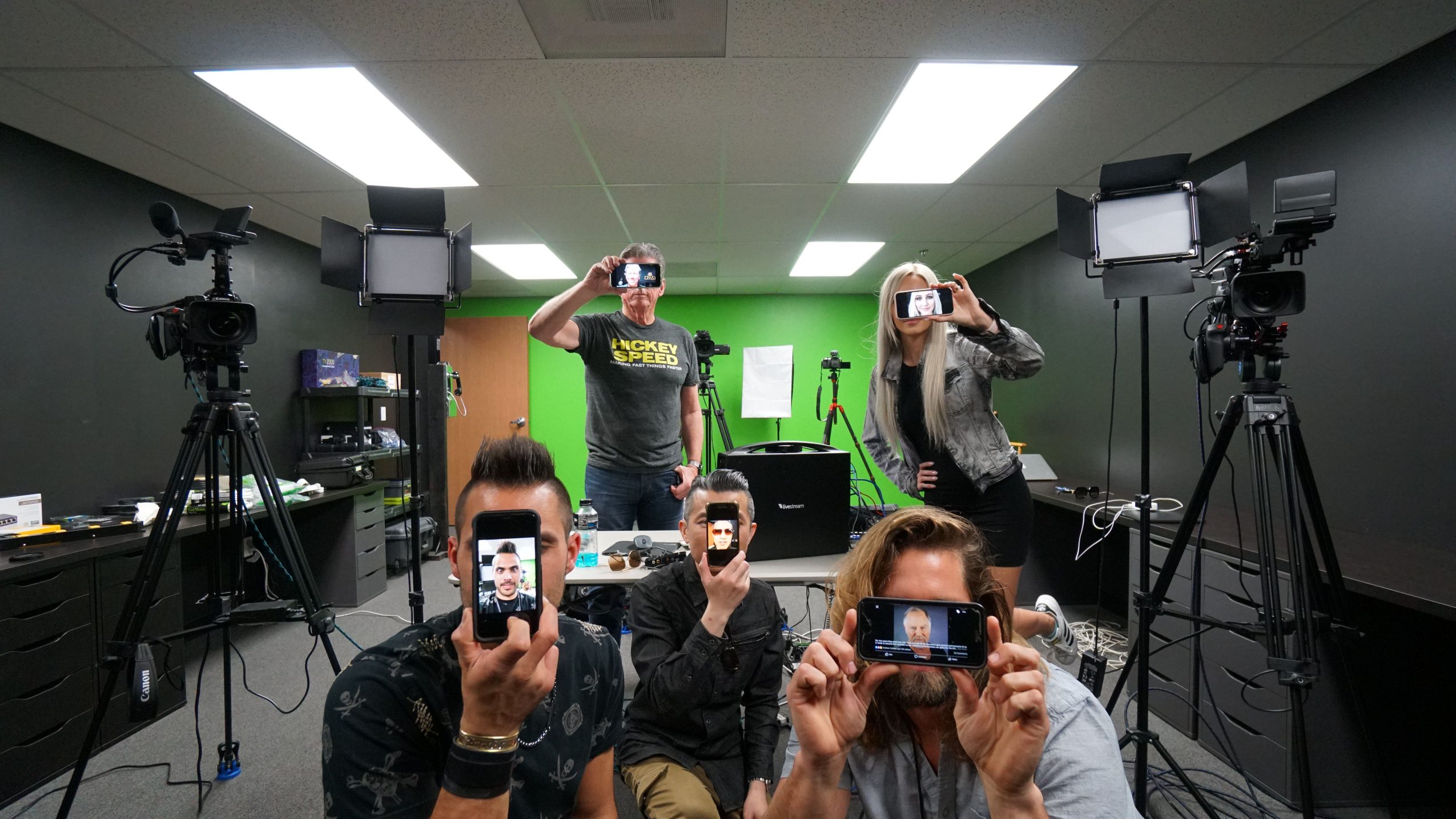 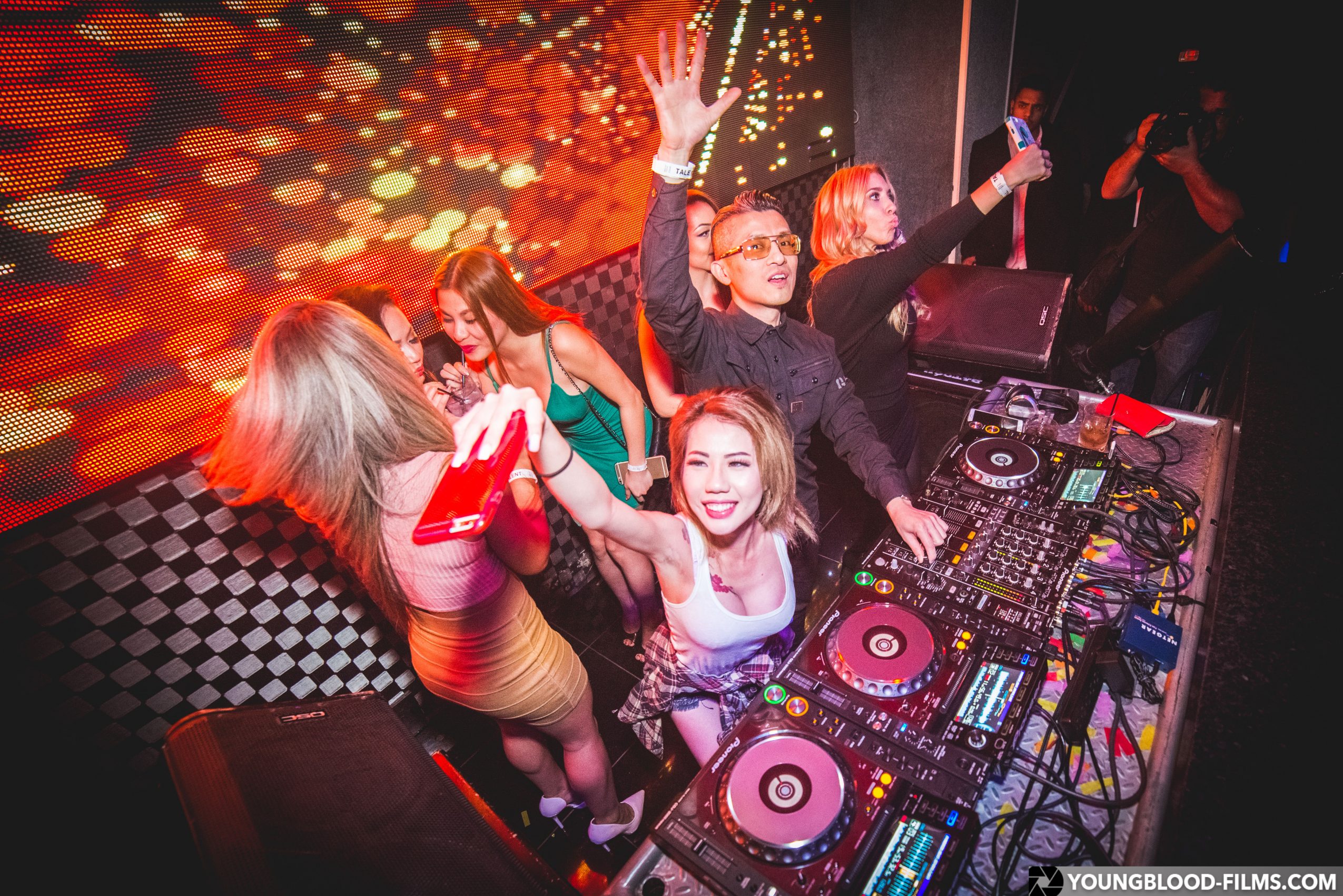 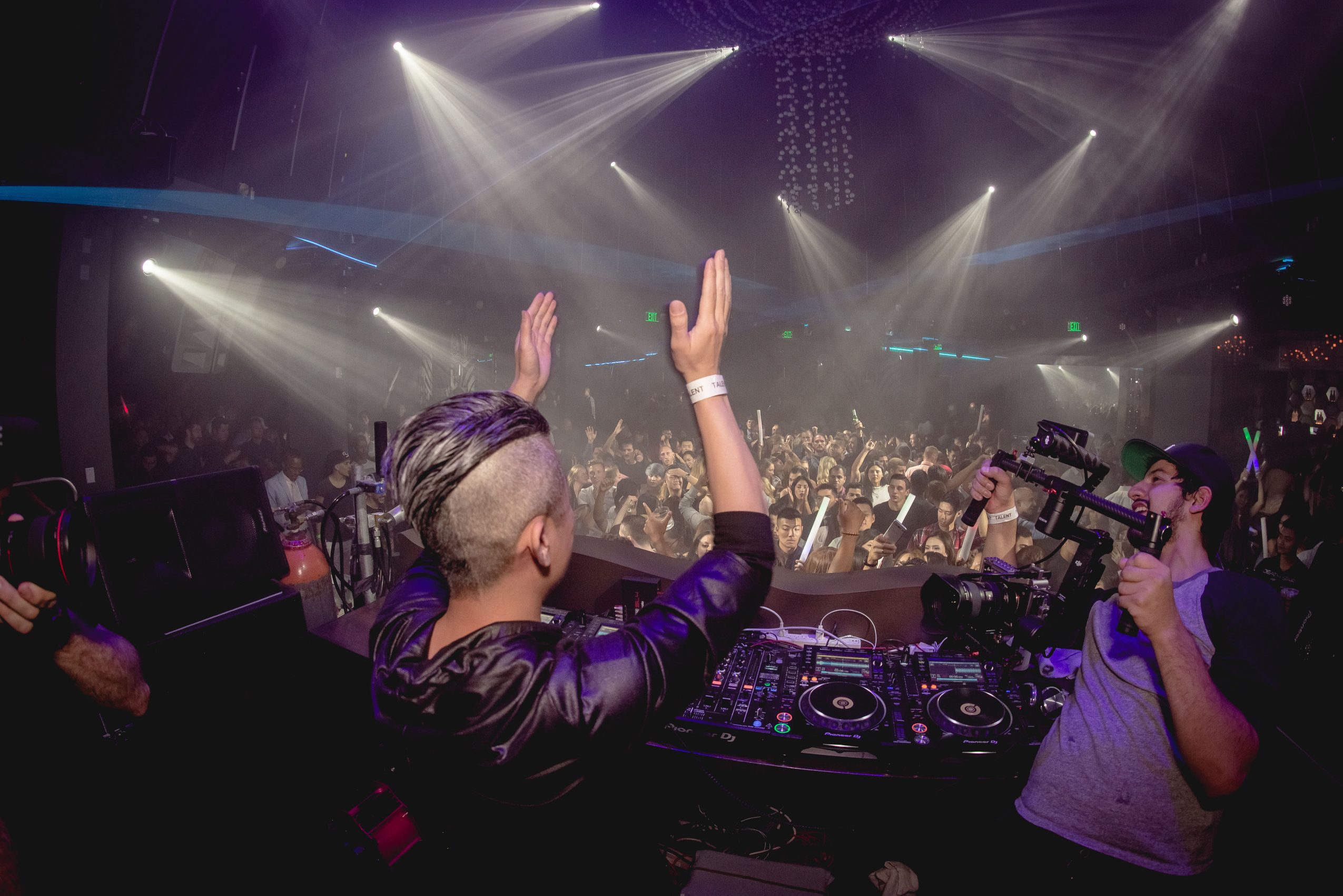 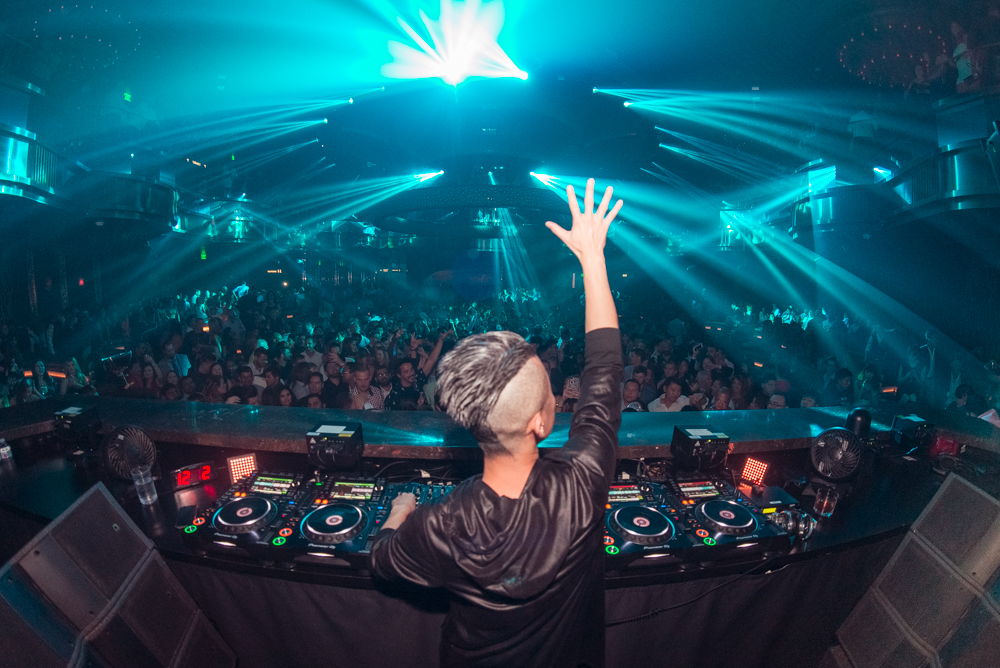