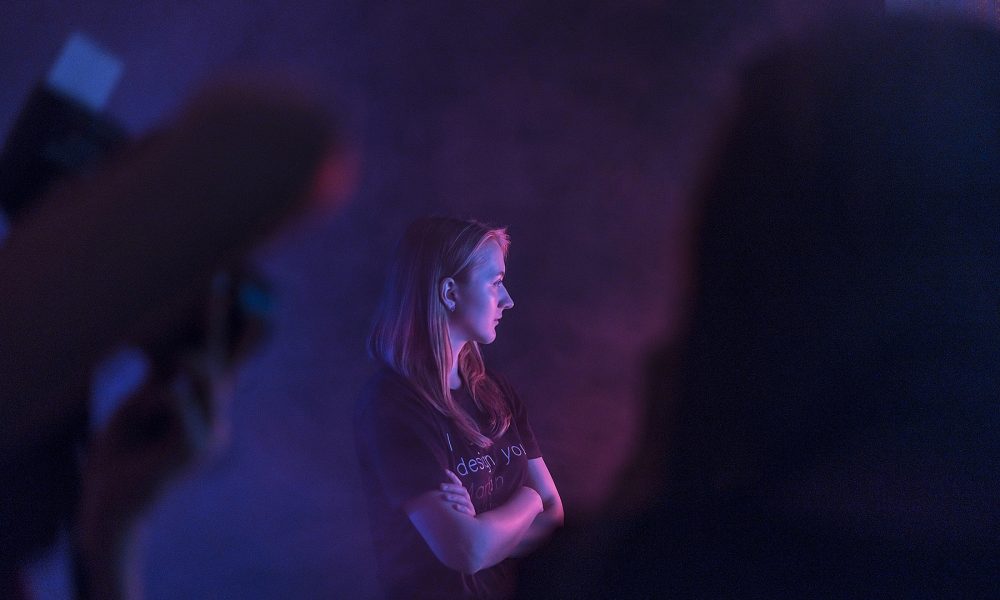 Today we’d like to introduce you to Anastasia Prosina.

Anastasia, let’s start with your story. We’d love to hear how you got started and how the journey has been so far.
I am a Los Angeles-based aspirational futurist, space architect, artist, and practitioner in Space Architecture, the nascent field of helping people thrive in small spaces in outer space. I develop human-centered habitation concepts for living in an extraterrestrial environment: in outer space and on celestial bodies such as the Moon or Mars. I have been involved in numerous space projects, from designing lightweight interior habitation structures for the TESSERAE, the self-assembling space station at MIT Media Lab’s Space Exploration, and an initiative working on an Iceland-based Martian Analog Habitat commissioned by the Mars Society. My other places of work include the aerospace company Excalibur Almaz, 4th Planet Logistics, and Galaktika Space. I have spoken publicly around the US about space architecture, and wrote three papers on the subject matter, including co-authorship with the former Deputy Administrator of NASA, Dava Newman. But my journey to becoming a space architect was not that straightforward.

I was born in a small, coal town called Kemerovo, which is located in Siberia, Russia, and in the beginning, I was never interested in space exploration. I grew up in the countryside, in a house where I took care of pigs, chickens, goats, and a variety of crops. My parents are not scientists; my mother is an emergency doctor, and my father is a car mechanic and car painter. I did not grow up in a nice neighborhood — rather, it was a hopeless place: among dysfunctional families, there were alcoholics and drug-addicts. I literally saw everything during my early years.

I had a rough childhood and a strained relationship with my mother. She was exceptionally demanding with unpredictable behavior, so I never felt I had a home. I remember, my first-grade teacher was concerned that I might have arrested development — I was unusually slow in comparison to my peers, always daydreaming and withdrawn into myself. Fortunately, I discovered I love to draw from a young age, and eventually, I graduated from art school with the highest honors. At age 7, I began to feel intense empathy for the people around me. I said to myself then, “I will be happy if other people are happy so that I will do my best.”

In high school, I had been pursuing philology (the study of language in oral and written historical sources; it is the intersection of textual criticism, literary criticism, history, and linguistics) intending to pave my way to the world of journalism. But all of a sudden, one month before I graduated from high school, I changed my mind and turned to architecture as my inner artist and creator awakened. I moved from Kemerovo to Novosibirsk, the third-largest city in Russia, to pursue a Bachelor in Urban Design at the Novosibirsk State University of Architecture, Design, and Arts. In the third year of my study, I stumbled upon Galina Balashova’s exhibition, the secret space architect of the Soviet Union space race during the Cold War. I distinctly remember a real-scale model of a tiny capsule of Soyuz with a dummy cosmonaut inside it. I admired the way the dummy perfectly fit into the cramped environment and caught myself thinking that a spacecraft is the only thing keeping the space crew alive. It is the single component that we cannot go on long-duration missions without. Something was obscure, unconscious. It lived in me, disturbed, haunted. From that moment, an irrepressible craving for space architecture appeared. I found the answer to the 7-year-old me’s thought: “I will be happy if other people are happy, so I will do my best,” by making initially-inhabitable spaces habitable for people, to help humankind spread beyond Earth.

From that day forth, I have been researching everything I can find on space architecture, the state of it, and what I can do about it. In 2018, I took part in a few space architecture competitions. One of them was called Marstopia, and my friends and I won the People’s Choice Prize there and had the opportunity to exhibit our project in Hollywood. After that, I moved to Houston to study the world’s only Masters in Space Architecture program. There, I had the amusing opportunity to meet and learn about the challenges of human-crewed spaceflight from astronauts and invited speakers from the NASA Johnson Space Center daily.

Overall, has it been relatively smooth? If not, what were some of the struggles along the way?
I see obstacles as opportunities, not as anchors. It would be a lie to say that I sincerely enjoy obstacles; sometimes, it becomes tough to keep going forward. I had a dream about learning about space architecture in any way possible — it meant that I needed to apply for a Masters in Houston, where they have the world’s only program in space architecture. Back in 2017, my ability to communicate in English was poor. I decided to take a chance and move in Hong Kong for an architectural internship there, to push myself to the environment where knowing English was essential. After two months of everyday practice, I began to speak English.

Upon my return from Hong Kong to Russia, I began applying to the US architecture schools, which required to take TOELF or IELTS (a standardized test to measure the English language ability of non-native speakers wishing to enroll in English-speaking universities). I failed the TOEFL exam four times in a row. Eventually, I decided to take IELTS, a British version of the exam, that I scored enough to be admitted even to The Ivy League. At the same time, I was working on my undergrad thesis, which was about developing a settlement system on Mars. My first professor, to whom I was assigned to work on my thesis, gave up on me, saying, “I wish your project would take place on the Moon, at least people were there.”

The other three professors had given up on my topic. I was looking for one who was insane enough to work on the Mars thesis. Thankfully, the professor of public services engineering responded to me with his willingness to advise. We had terrific talks together for 4-5 hours at a time, about how people are going to live on Mars. In Siberia, space exploration is not a widely discussed topic, and my plans for getting into this field looked too implausible. Nobody believed it was possible. And here I am, still not believing that I made it and am designing space habitats.

Stellar Amenities – what should we know? What do you guys do best? What sets you apart from the competition?
We are at a turning point in the history of space exploration and development – on the cusp of a revolution, new industries are being born that use space in many different ways. Small startups and large enterprises have sprung up around this interest, and are paving their way towards spreading human presence. Sending people to space is becoming much cheaper, thus enabling these new businesses to develop. Companies like Axiom Space and Bigelow Aerospace aim to place their space stations in orbit by 2024. Elon Musk claims that the first manned crew to Mars will depart in the mid-2020s, whereas NASA plans to send humans to the same destination in the mid-2030s.

Human access to space entails numerous risks, especially in long-duration missions like a trip to Mars. A crew chosen for this adventurous yet historical mission will struggle with the limits of their living and communal spaces, which can increase the chance of conflict between participants. Challenges of being isolated can be mitigated by applying tactile textures, warm colors, and ever-changing spaces to break the routine of astronauts’ everyday lives. My company, Stellar Amenities, is a studio with an interdisciplinary team of space architects, innovative engineers, and visual designers, where we are working on human-supporting design for habitats in space and on the surface of other planets. We design super functional and comfortable places in small spaces from Earth to Mars and everywhere in between.

As performance and relationships between crew members are closely tied to a space mission’s success, we believe that our practice will lead to successful missions, thus making humankind multi-planetary. Currently, we are focused on designing and developing a revolutionary chair that accommodates sitting and leaning working positions, thus diversifying the monotony the crew will experience in a small habitat. Initially designed for the Martian gravity, this chair will be widely used on the Moon and Earth for spaces that are small and multifunctional. We will soon announce chair pre-sale so future owners will become the very first adopters of a chair that will potentially be sent and used on Mars. Follow our social media channels below to stay in the loop!

What is “success” or “successful” for you?
I determine success as to how much struggle you are willing to face in what you are trying to make. People who enjoy the stresses and uncertainties of the starving artist lifestyle are ultimately the ones who live it and make it.

Successful people are always pushing the boundaries of their comfort zone. For me, successful outstanding individuals are those who are multifaceted, adventurous, open-minded, and passionate about what they are doing and obsessed with improvement. The ability to express yourself via different means is also part of my definition of success. It is like during the Renaissance, when artists were inventors, sculptors, theorists, architects with a holistic view of the interdependence of art and science. 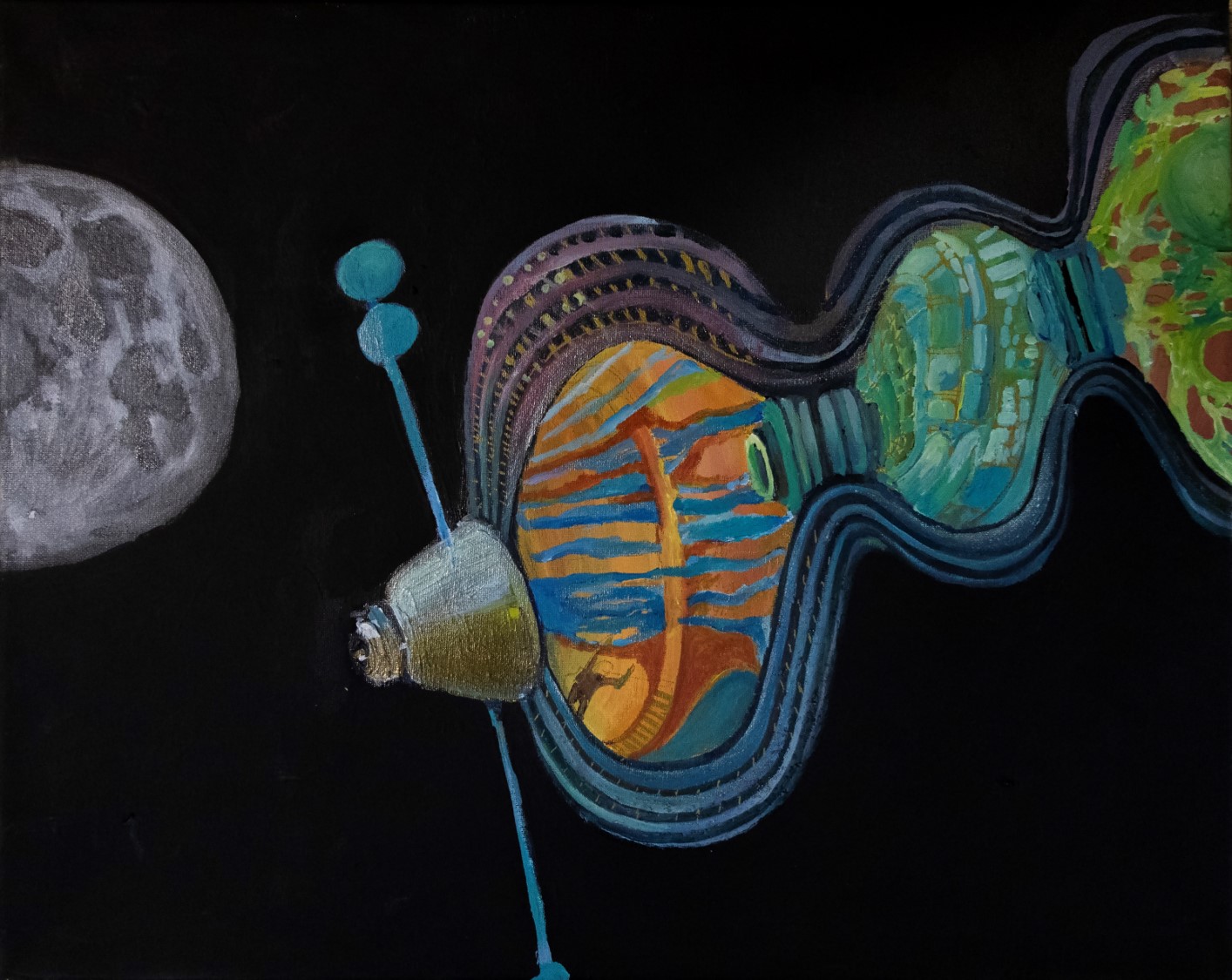 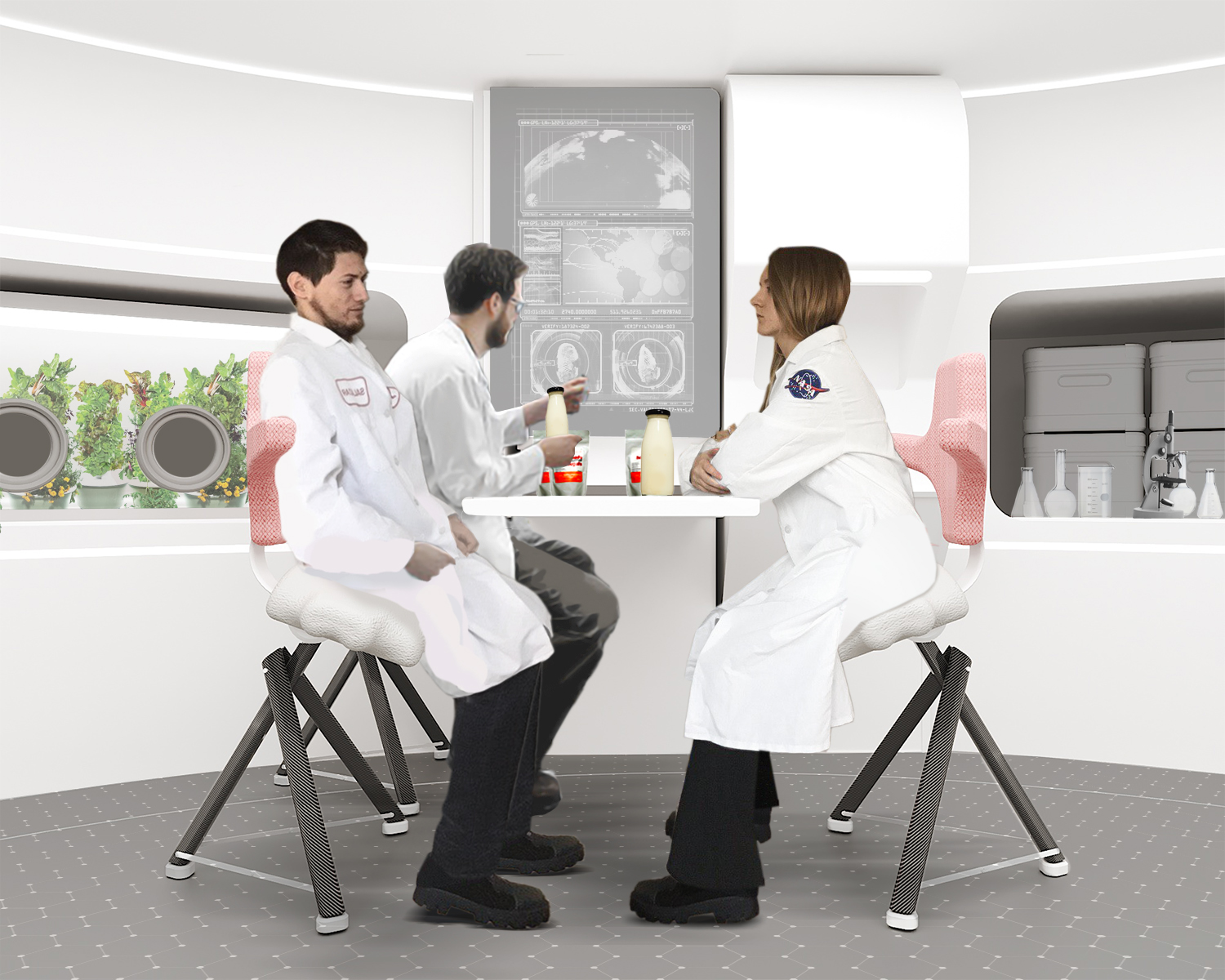 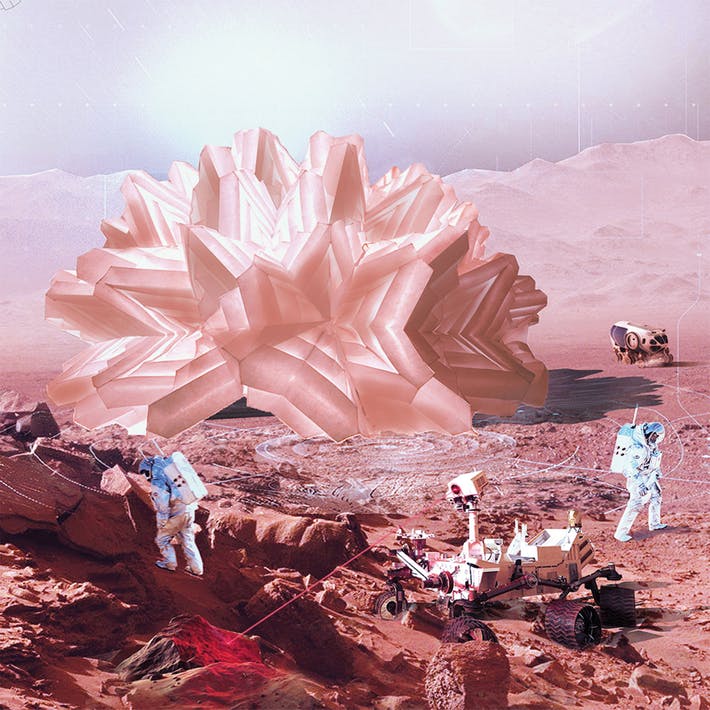 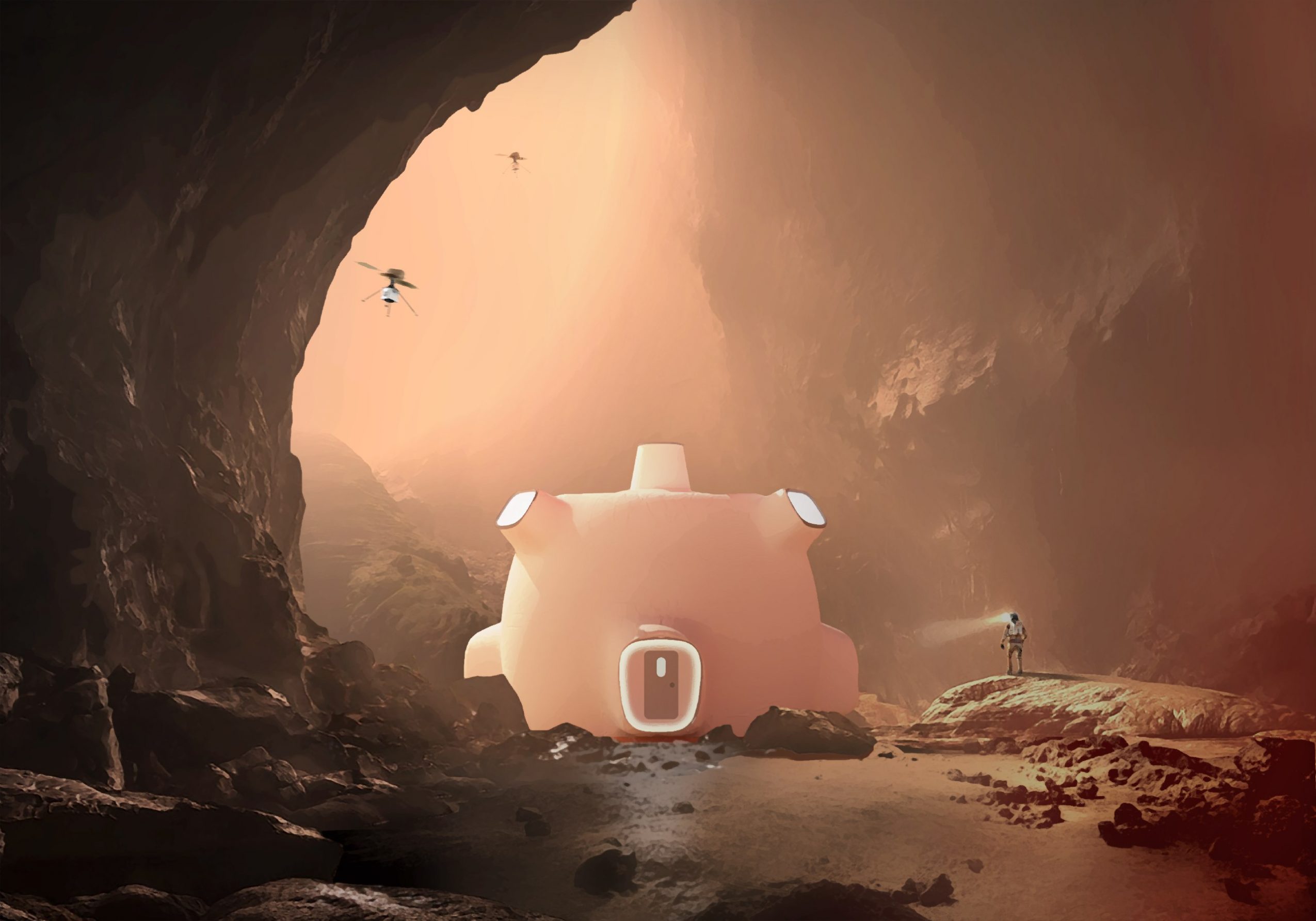 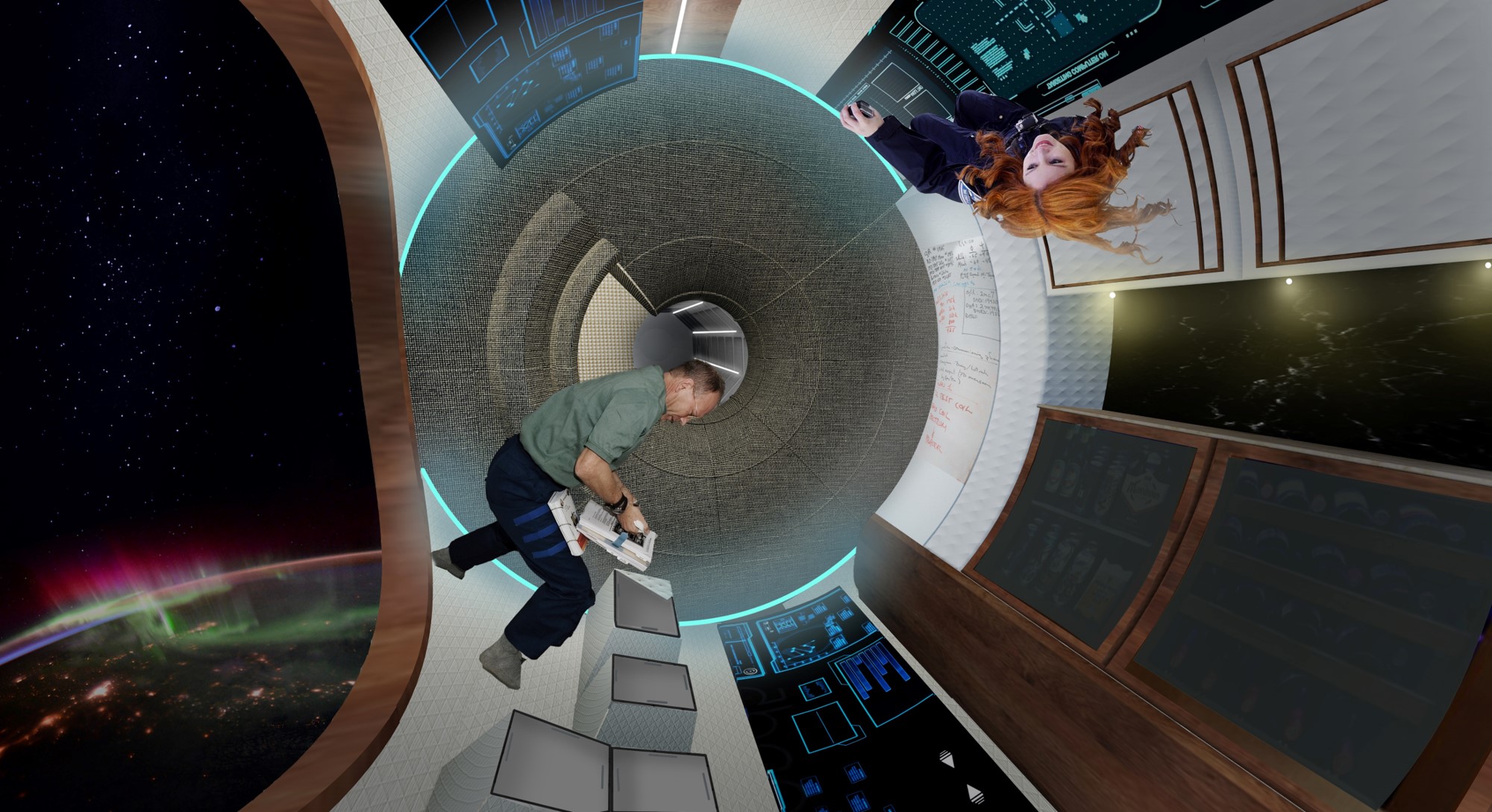