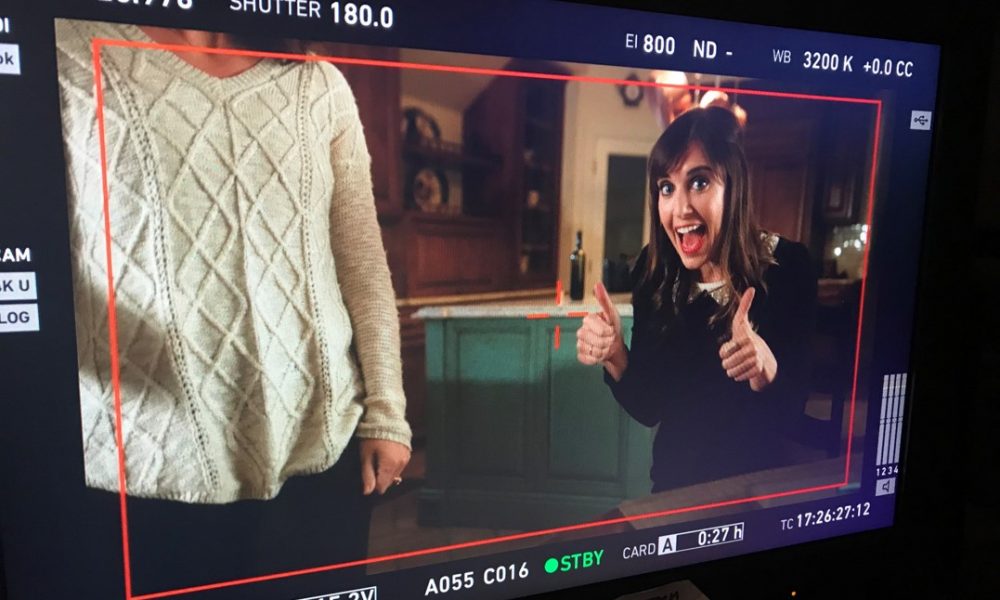 Today we’d like to introduce you to Amanda Markowitz.

Amanda, can you briefly walk us through your story – how you started and how you got to where you are today.
I am originally from Los Angeles and started acting from a young age. After high school, I attended the USC Marshall School of Business, which was quite a change from the acting path I had been on. While I loved the arts, I also loved academia and it felt like the practical choice. Or maybe it was my moment to feel like Elle Woods. Regardless, in hindsight, my business degree has really proven itself worthwhile. After graduation, I was recruited to work for a big company. My time there was valuable, but I quickly realized that a desk job with a long commute wasn’t for me and after about a year of working there, I signed back up for acting class and never looked back.

After working as a full-time actor, I started to get frustrated. Auditions are hard to come by and I felt completely out of control of my career. If someone wasn’t going to open a door for me, then I was determined to create my own door. One night after an acting class, I ran down the street after a guest teacher and told him I had to work with him on a project. Sounds insane, but fortunately, Brad Fowler ended up being a good apple. We met at Starbucks (how very LA) and started working on a web series. Brad and my husband, Andy, and I formed Three Tales Productions, which soon also included Brad’s wife and one of my closest friends, Victoria Matlock.

We quickly realized that the web series was more suitable as a feature film and while we had never produced anything before, we were determined to make our first production a feature film… and we wanted seven-time Emmy Award-winning actor Ed Asner to star in it as the heartfelt grandfather who has just lost his wife. When we sent the “Love Meet Hope” script to Ed, he loved the script and wanted to play the role. It felt as though our dreams were coming true before our very eyes. Getting to produce and star opposite Ed Asner in a feature film continues to be a career highlight for me to this day. I like to say I got my Ph.D. in Production on the set of “Love Meet Hope.” It was challenging, but more importantly, it was the most loving, positive experience I have ever had and I am forever grateful for the family we made on that set.

In producing, I found a way to combine and utilize my passion for art and business. Since making that first feature film, I have continued to produce numerous short films, series and feature films, including “The Voices,” which is currently under negotiations for distribution. As most everyone can tell you, this industry can be incredibly tough, but I feel that through producing, I have finally taken at least some of the control back in my career. And the most important part of all, I have found good people to surround myself with. I feel privileged to be able to tell stories and bring words to life. Of course, the work always has to get done, but there should always be joy in the process.

Has it been a smooth road?
I read this question and actually laughed out loud. I really wish there was an easy answer to success! It never has been and never will be easy. But nothing worth having comes easily. It requires personal and professional sacrifice, commitment and effort. It requires navigating through endless difficulties and challenges in order to get to the other side… and then doing it over and over again.

In my recent film “The Voices,” the location had a 50-yard suspension bridge that was about two feet wide, swinging over a river in order to get to the main house. But, we had a back road we could enter through… until the week before filming, a rainstorm flooded that back road. Our team then had to carry hundreds of pounds of gear, equipment, production design, food, everything you need to make a movie, across that suspension bridge. But we got to the other side and made that movie. Every challenge has a solution, but then another challenge will come up, followed by another solution, and that will continue over and over again.

As a Producer, my main job is to put out fires and problem solve. There are always challenges, big and small. I don’t know when my next job is coming and I don’t know if a project I make will actually be profitable. But that can’t stop me from doing the work.

As an actor, my main job is to audition – booking the role is icing on the cake. All the work and energy I put into auditioning will most likely never been seen or recognized. But that can’t stop me from doing the work.

The main challenge for me recently is, as a new mother, any time I spend on work is time away from my daughter, so I have to choose the projects I do extra carefully. Finding the work-life balance has been a learning experience, but I’m making it happen, with a lot of support from my husband, my family, and my friends.

Ultimately, the struggles are worth it for me because I love the work and I need it like oxygen. I always tell people who are interested in a career in film – if there is something else you love equally, if not more, then you should go do that. But if there is nothing else that you love more, then you absolutely have to do it. It may not happen often, but when the stars align and things are going well in this industry, there is no better feeling. It is pure magic.

Please tell us more about your work. What do you do? What do you specialize in? What sets you apart from competition?
Three Tales Productions is an award-winning production company, specializing in high-quality independent films. Storytelling is our passion. Our mission is to nurture creativity and explore new and exciting stories that we feel need to be told. We strive to capture humanity in our stories and make an impact on our audiences.

The work is important, of course, but above all, we work as a family. I may go off and do a project on my own, but I always keep my team in mind. We are beyond proud of the fact that people always love working on our sets, from start to finish, and feel privileged to be able to tell stories and bring words to life.

Let’s touch on your thoughts about our city – what do you like the most and least?
The weather in Los Angeles is hands down the best. I know it’s cliche, but I lived through one winter in New York City and knew I would never live anywhere outside of Los Angeles ever again. I also love that my family is here since I grew up in Los Angeles, so it will always be home to me. I am the granddaughter of four Holocaust survivors, who all came to this city from Europe for better opportunities. Like my family, a lot of people have roots elsewhere and nearly everyone has a story of how they got to Los Angeles. It is a diverse city full of many rich cultures and stories. I love that I get to meet people from all over the world and learn how their journeys brought them here. 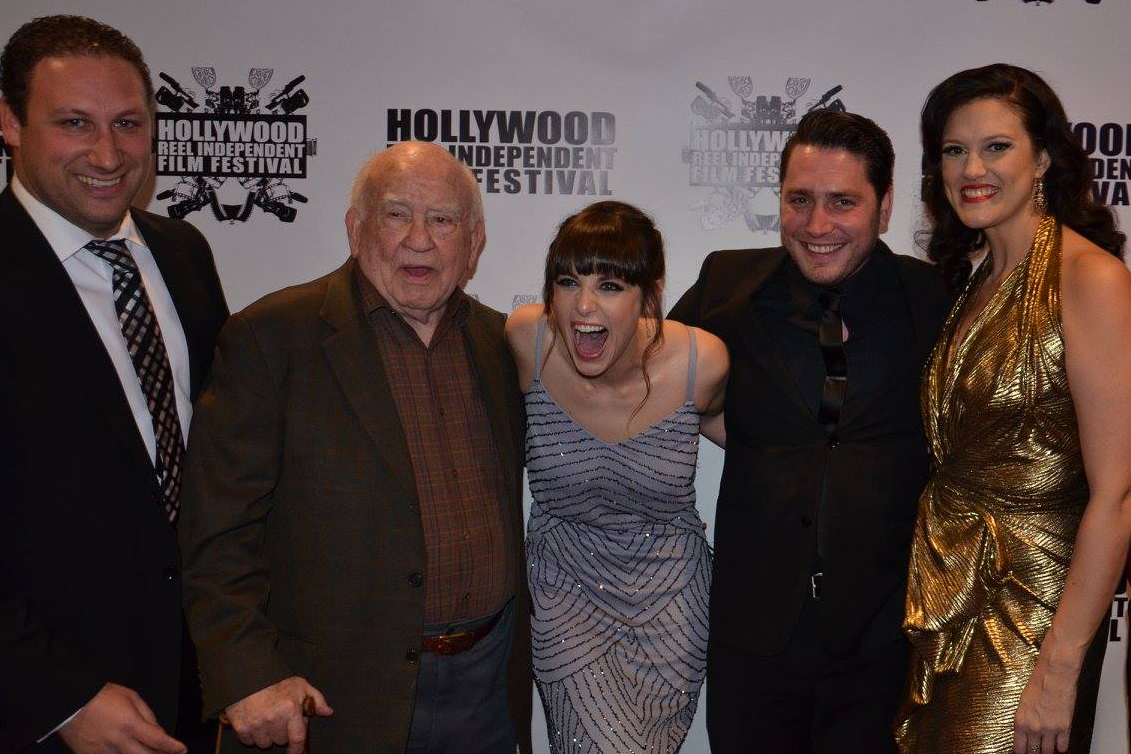 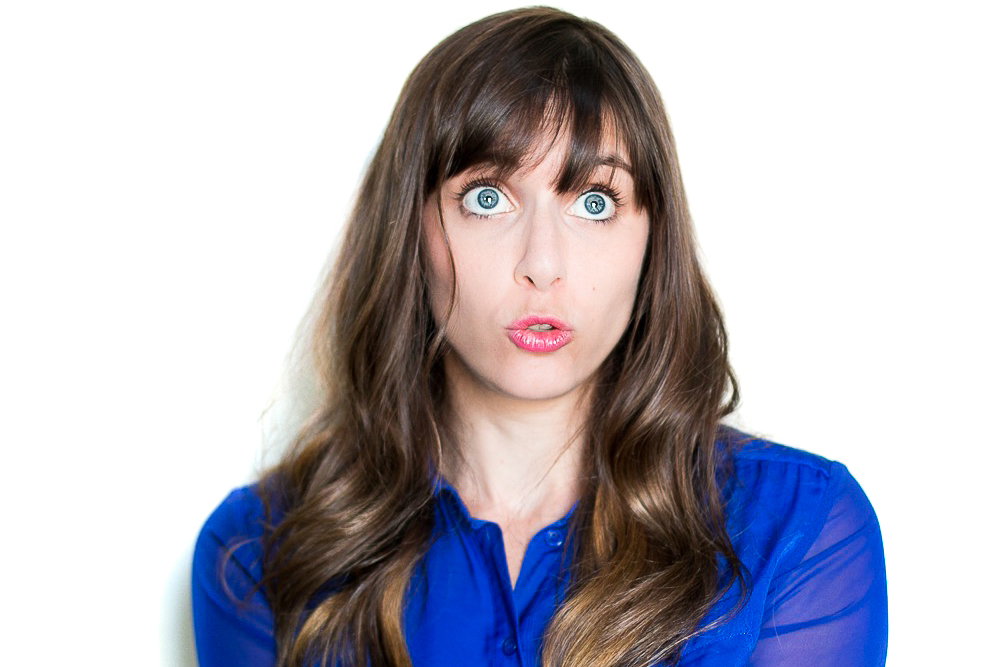 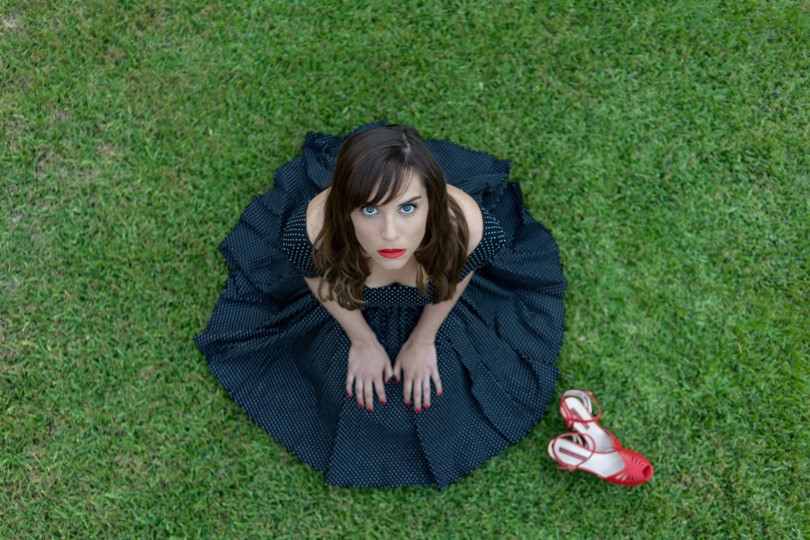 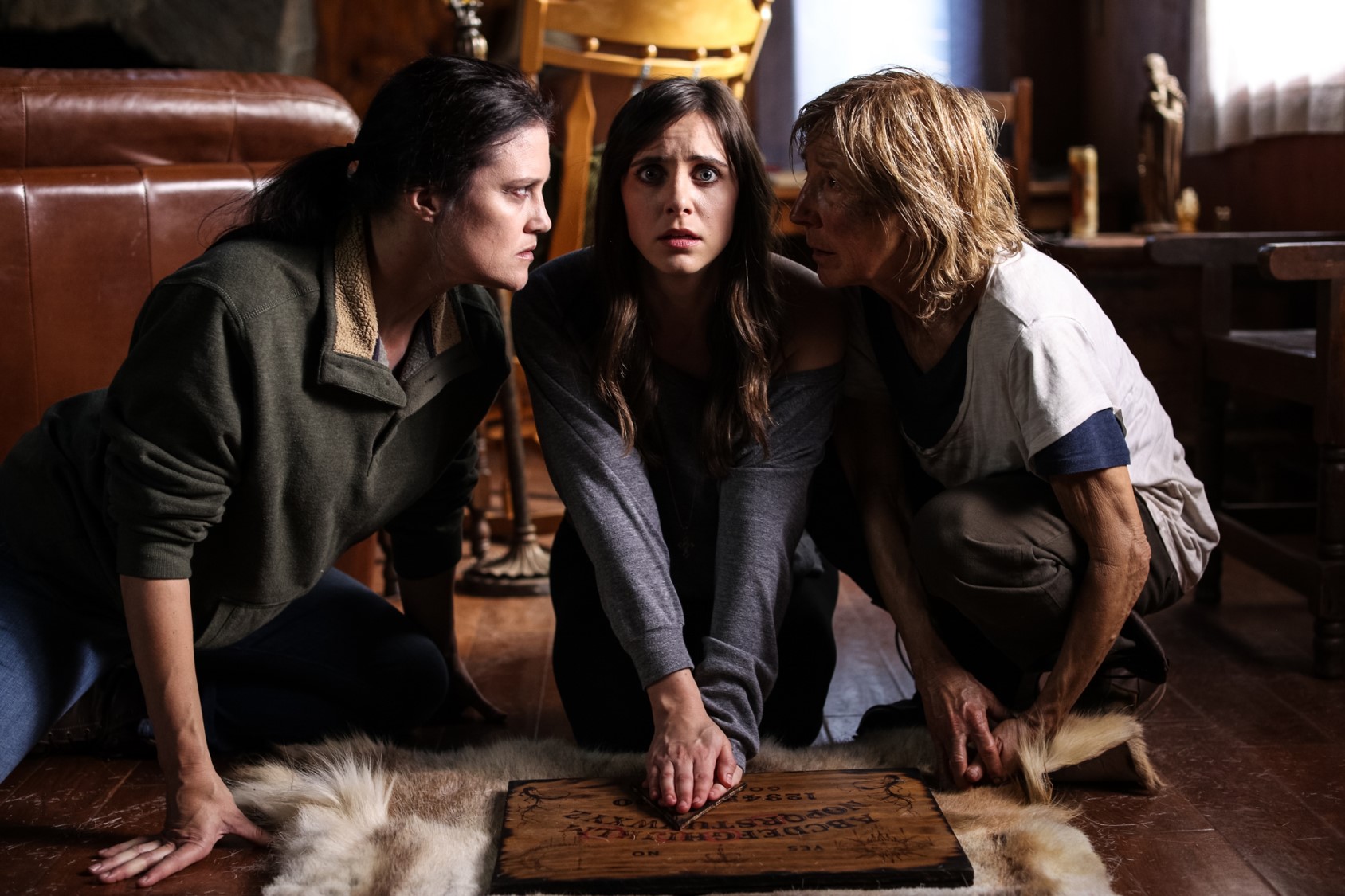 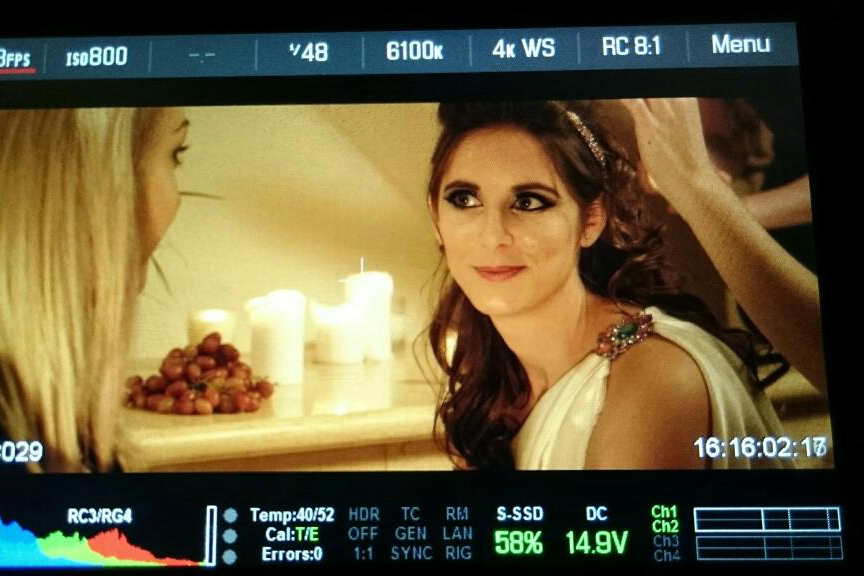 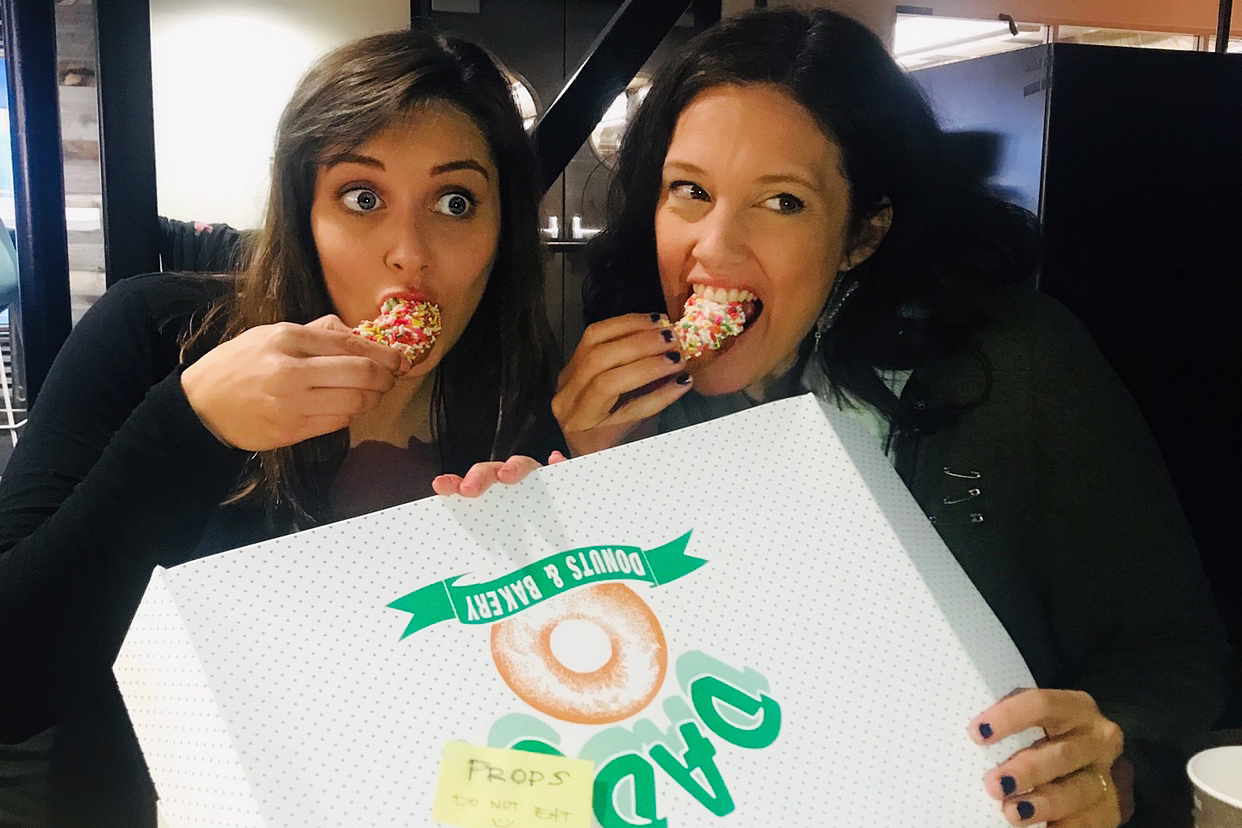 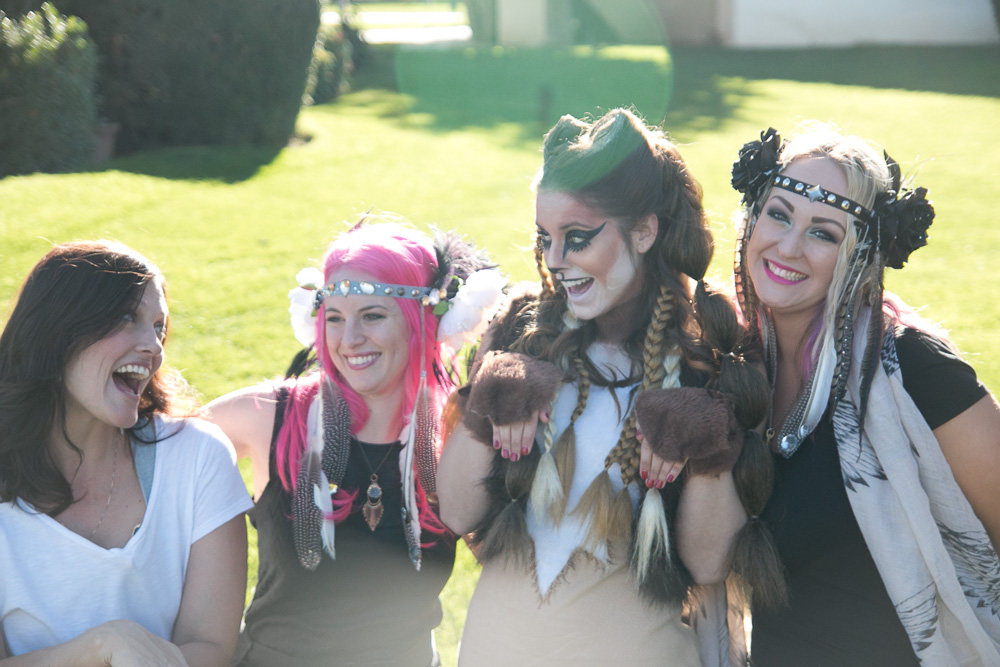 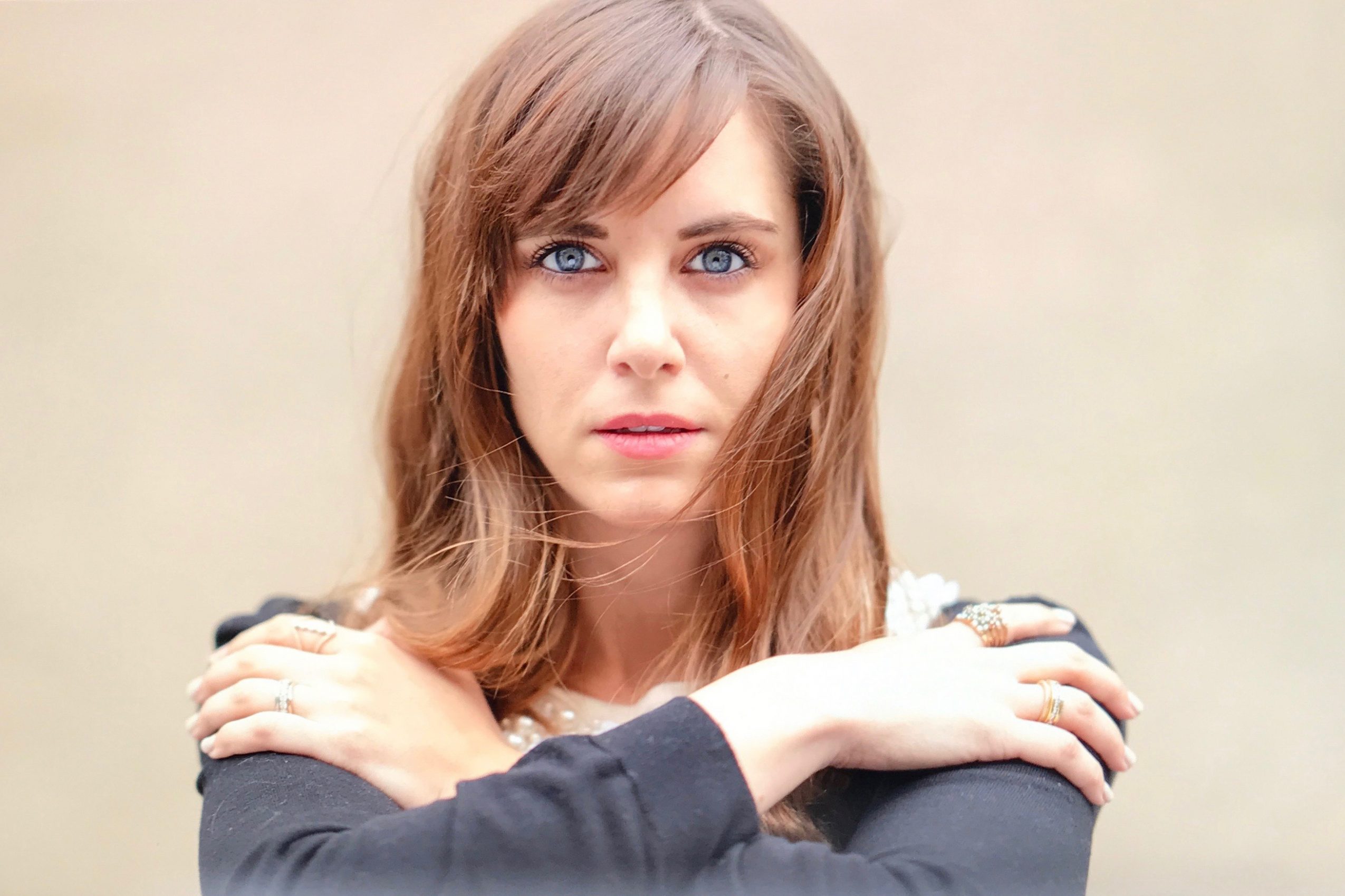