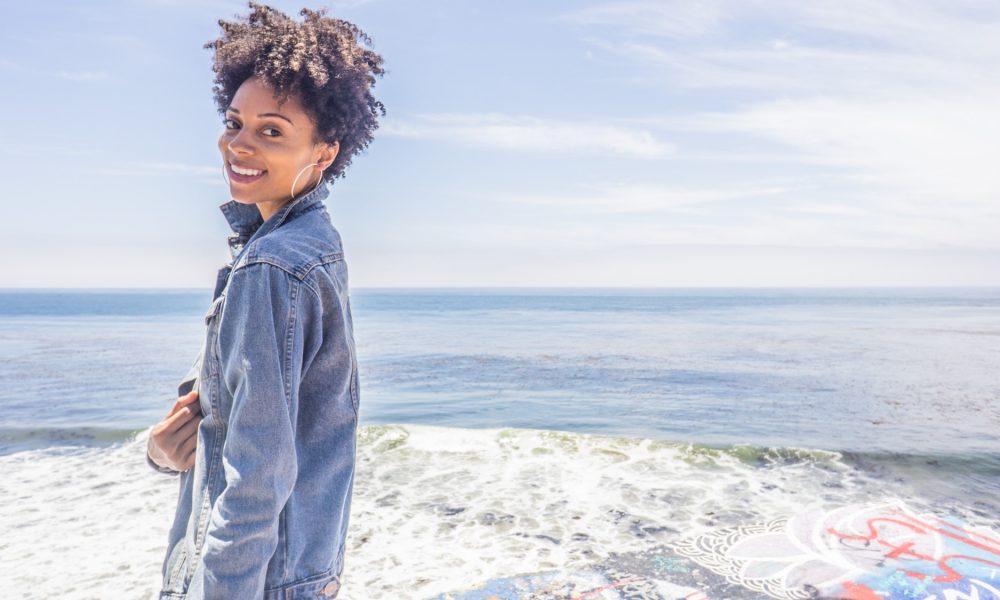 Today we’d like to introduce you to Alisha Cowan.

So, before we jump into specific questions about the business, why don’t you give us some details about you and your story.
So, my story started in Chicago, Southside, where I was born and raised. After graduating from college, I put my journalism background to use and started as a beat reporter for a local Chicago newspaper. I had always realized though that I didn’t want to do hard news stories. I connected more with opinion pieces or just more magazine type vibes than “let’s write about who was murdered today.”

So after being a reporter for that newspaper for maybe a few months, the following year I moved to Los Angeles. Not for a job oddly enough. For a change. A change in weather. A change in life. A change that I think many need but are afraid to leave their birthplaces. So I moved to LA, bright-eyed, with like two to three thousand bucks saved.

A few months later, after being fired as a tour guide for Warner Brothers (because my uninterested tone of voice/facial expressions couldn’t cut it), I landed a Coordinator position at NBC working in publicity. I hit the mecca. A huge network. A black boss. Wow! But shortly after, I learned I hated publicity, and I wanted to write television.

Once I realized TV writing was my thing, I just started writing. No outlines, no prep, no nothing. Shortly after that, I realized I needed to take some screenwriting classes if I was going to get better, so that’s what I did. I took two UCLA Writers Extension courses, and that was that. Helped me tremendously. Then three years later after publicity, I made a lateral move (but got paid more money) to another department at NBC. The Diversity & Inclusion Department.

My new boss was the head of NBC’s Writers On The Verge Program, which is one I had applied to for several years. I decided the first year of this new job I wasn’t going to apply because I should actually like, learn this new job. I applied year number two and got in. I had also been able to build a relationship with the program prior. Karen Horne, the head of the program, had been reading my work for a while. When I was first starting out, she blatantly was the one who told me I needed classes.

And that my material wasn’t good at the time. I really needed to hear that, because if I didn’t, I’m not sure I would be where I currently am. She was my guidance and low key a mentor for me that I needed. I’m a big believer of new writers needing to share their work with people who are better than them and people who are not scared to give real-life notes.

If every time you give your work to a friend and they tell you it’s great, stop sharing with them because they are lying to you. Your work is not great. Or perfect. Ever. So get real people in your corner. So after I got in the program, I got literary representation. Quit NBC maybe a year or so later. But I didn’t get staffed for like three whole years after the program.

But instead of being all weird and crying about it, I knew that just meant I needed to still get better, hone my voice even more, and do my own shit on the side. So it was during that time that I wrote “The Big Chop,” a short film about natural hair, directed by Derek Dow, that ended up being licensed to HBO. And that kind of got the ball rolling for me.

Most recently, The Big Chop landed on Issa Rae’s YouTube channel and is now officially at one million views, which has turned some heads in a great way, so I’m happy about things to come. I also rapped Season One on a new Comedy Central show called South Side, about the Southside of Chicago. It should be airing sometime this year.

We’re always bombarded by how great it is to pursue your passion, etc. – but we’ve spoken with enough people to know that it’s not always easy. Overall, would you say things have been easy for you?
I mean, nothing in the entertainment industry is smooth. I think I was extremely lucky to have worked at NBC when I first moved from Chicago to LA. I needed a stable job and environment first as opposed to starting off freelance like a lot of people do when they first move out here.

So I consider myself lucky. Not getting staff for three years was not easy per se, but once you realize it is what it is, and not to blame the industry for some shit you’re not getting, you’ll be alright.

I always tend to look at what I am or am not doing as the reason why I haven’t gotten somewhere I want to be. If you do the opposite, your road in this industry will not be smooth at all.

We’d love to hear more about what you do.
Well, I am a writer. Initially, I just wanted to do TV, but after meeting Derek Dow, the director of “The Big Chop,” and a USC film school graduate, he really got me into the movie world and this indie filmmaking world.

So I technically specialize in comedy. I like darker comedies dealing with real life stuff. And specifically, I LOVE writing about natural hair and how it continues to affect the black community.

I’m slowly but surely trying to carve out that lane for myself, because why not.

So, what’s next? Any big plans?
Plans for the future are to keep getting better honestly. I’m also entering the pitching world to try to sell my own stuff which is exciting, so all I can say is be on the lookout. 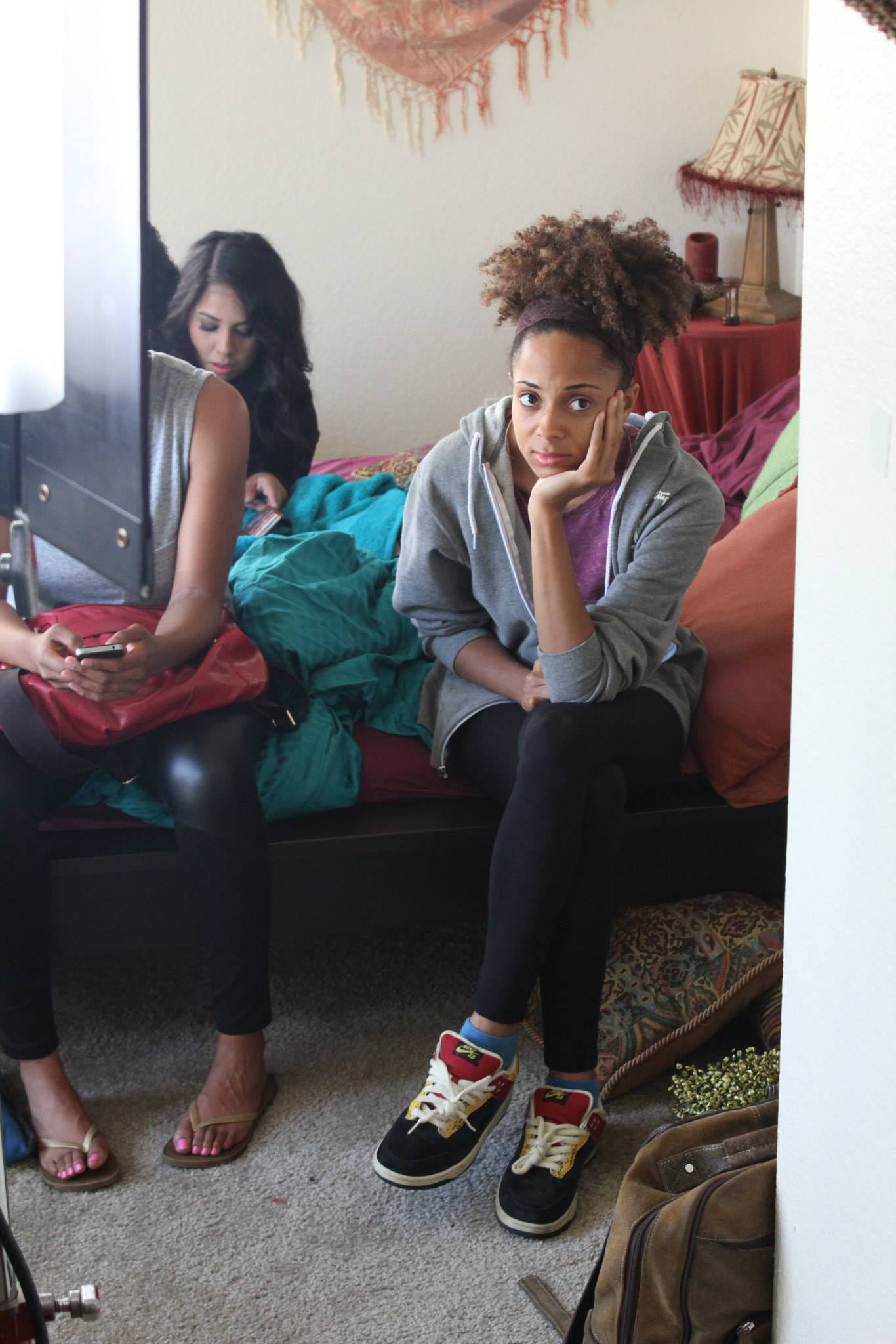 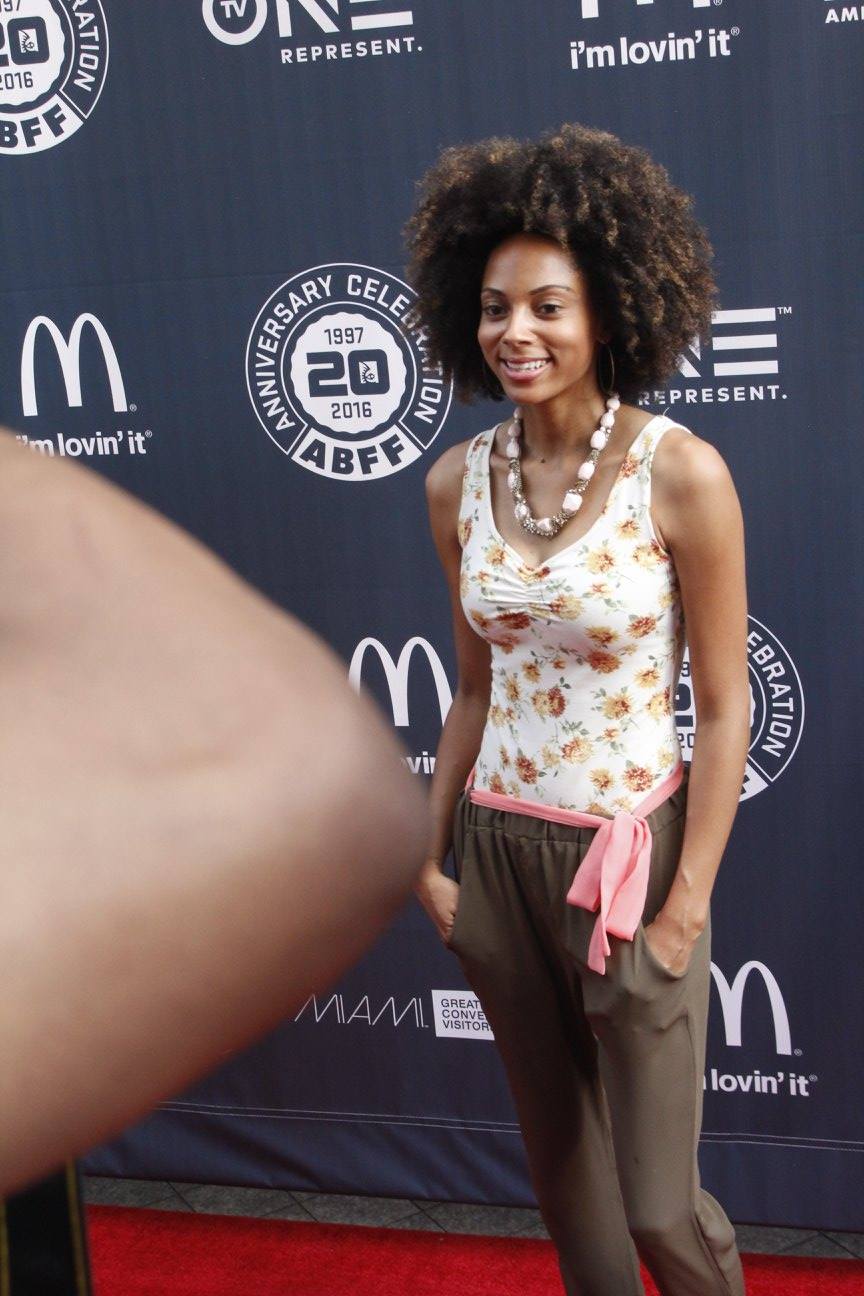 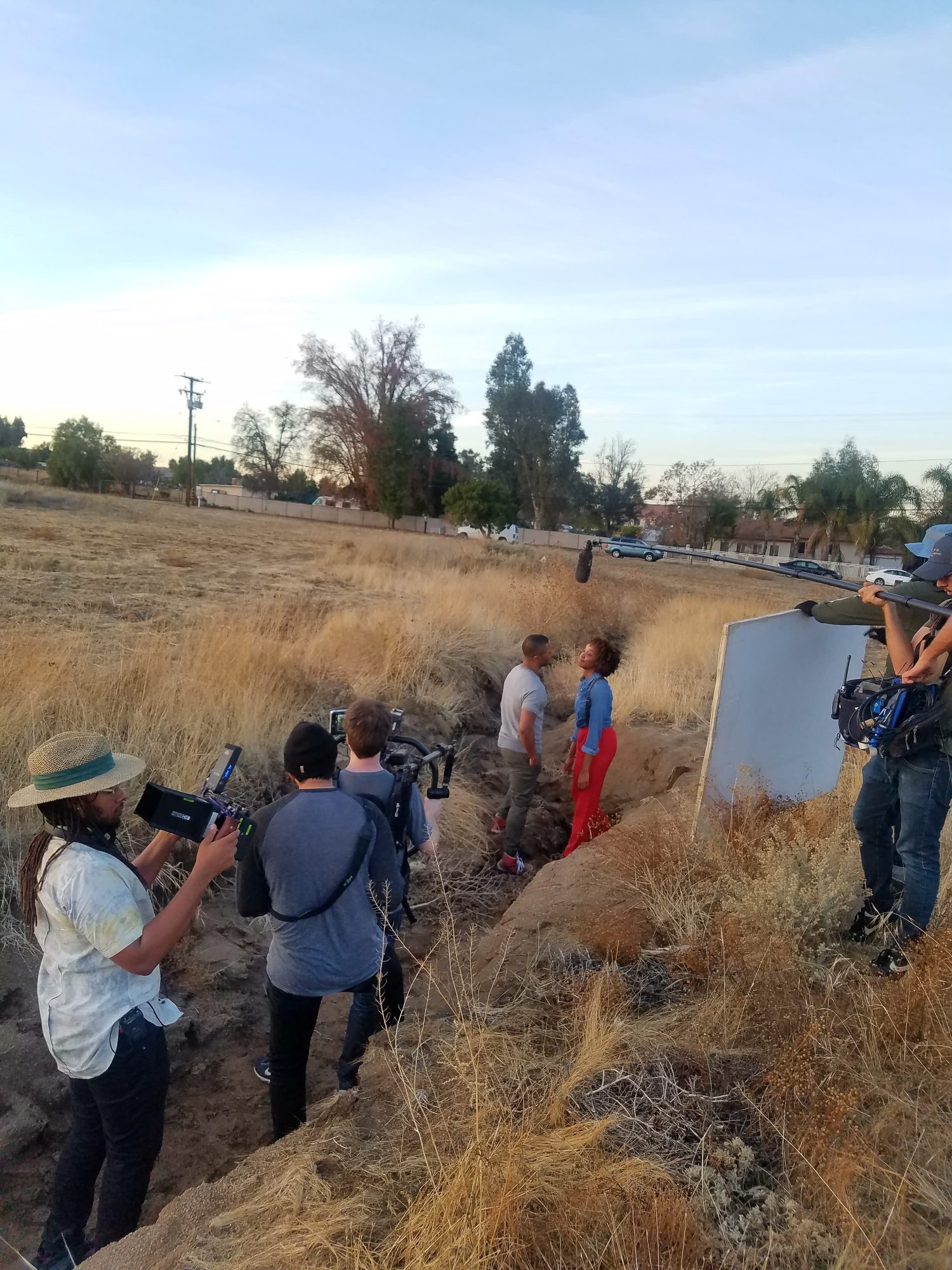 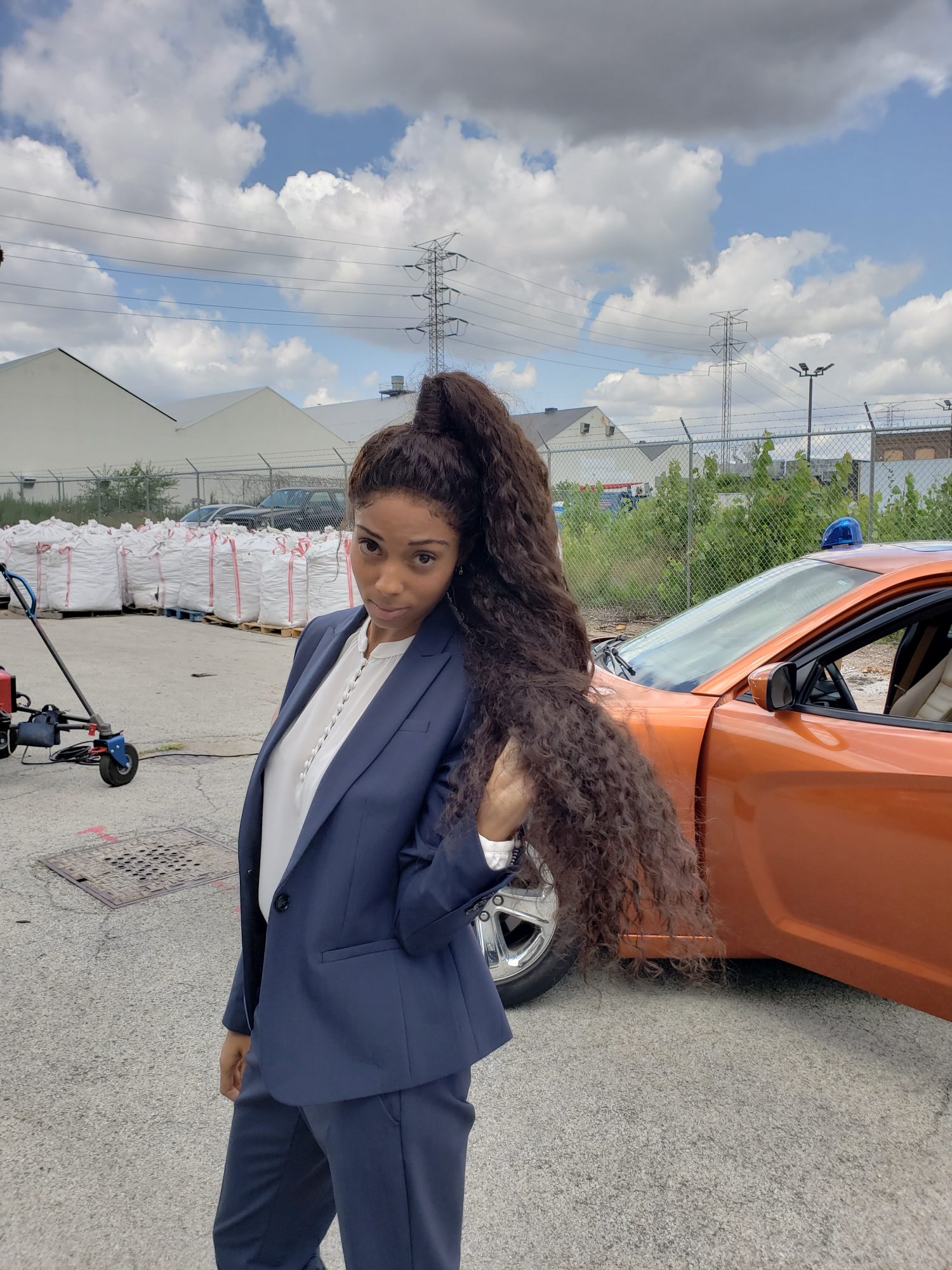 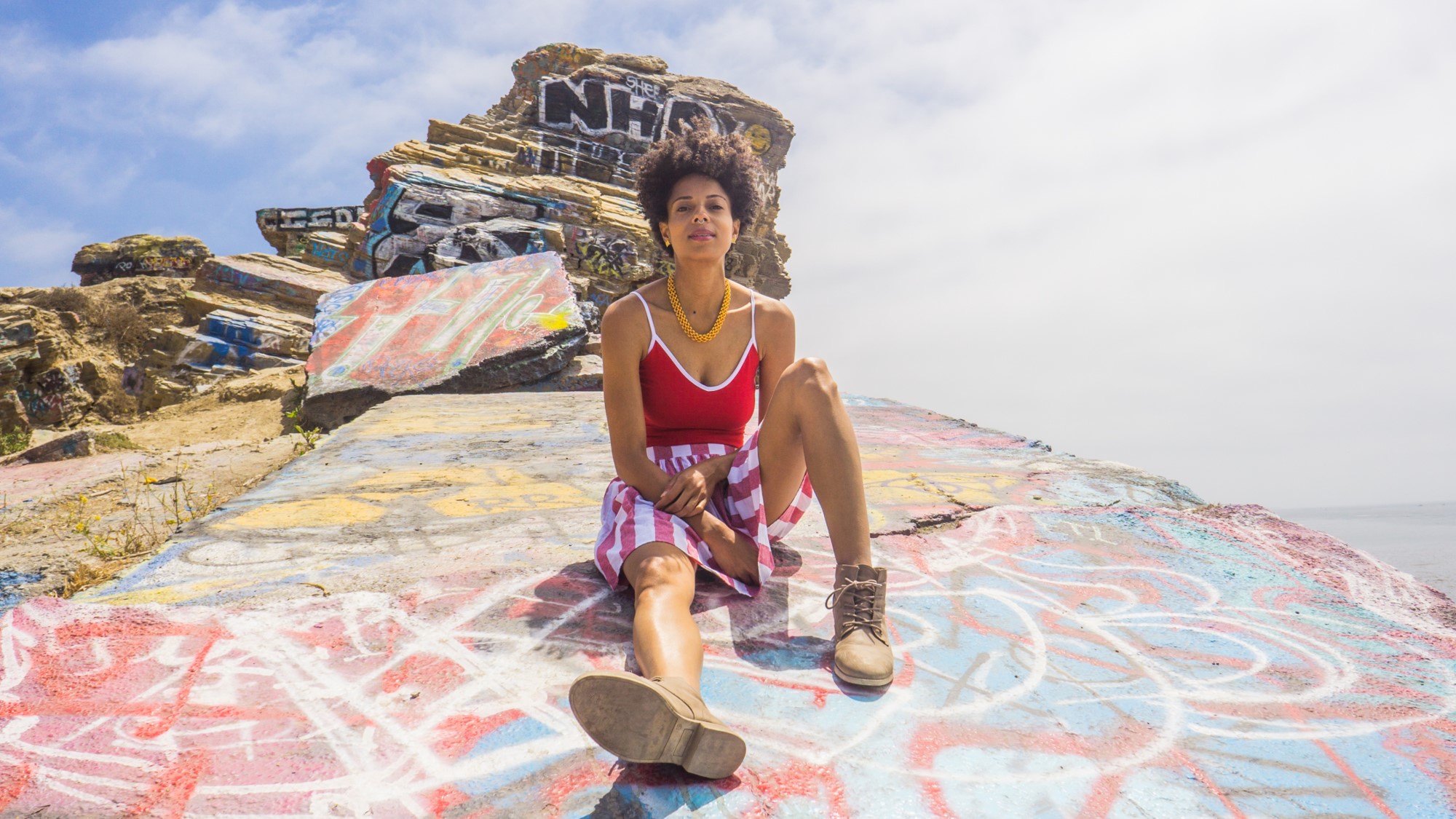