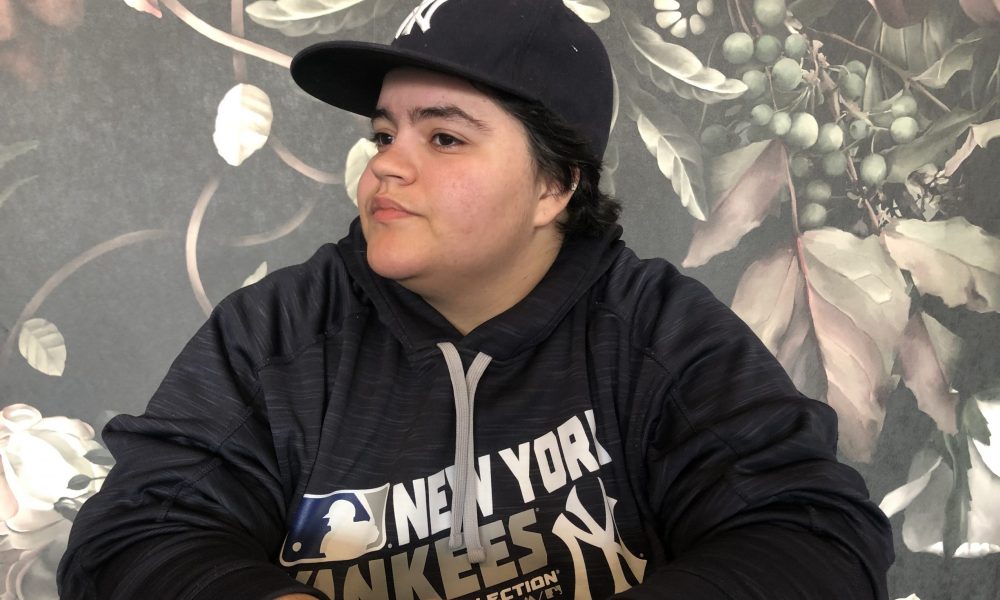 Today we’d like to introduce you to Alexis Aleccia Cruz.

Alexis, please share your story with us. How did you get to where you are today?
I was born on Long Island in New York, to an Italian mother from Brooklyn and a Puerto Rican father from the Bronx. I’m an only child, but I’ve been surrounded by dogs my entire life, basically like siblings. My parents divorced when I was four, and I lived most of the time with my mother and grandmother.

For me, I’ve always loved movies starting at a young age. I had a rather tough time growing up and movies always felt like they were an escape – for those two hours, I was sucked into a world that wasn’t my problems, my struggles. But I feel like I started to get into movies because of the small amount of time I’d spend with my father. He would always take me to the movies as a kid, he’d show me classic movies, things that I would grow to love. We’d always talk about the do’s and don’t’s of filmmaking, and we’d critique the films we’d watch together, and that always made me interested in how movies were made.

I had a difficult time in school. I didn’t always get good grades, and I got in a fair amount of trouble. I didn’t care for normal classes and didn’t apply myself. I only applied myself to things I cared about, like creative writing, where I got to talk about things that I wanted to talk about and express myself in a way that I couldn’t do in other subjects. And my mother who pushes me to be the best I can be, who wants me to succeed, supported me when I decided I wanted to pursue a filmmaking degree.

I wanted a change from everything in New York, so I moved to LA. For the last three years, I’ve been living in California, attending film school. I’ve worked on I don’t know how many student film sets, in different key positions here and there. I’ve directed, I’ve written, I’ve produced, I’ve done G&E, I’ve done sound, I’ve AD’d – I’ve tried everything at least once. As I have learned more about myself as a filmmaker, I found that directing is where I’m most in my element. I get to run things and share my vision.

I’ve also found that being a sound mixer/boom op is where I have the most fun. Where someone else is running the show and I can relax and run sound, step back and watch everything come together. It’s where you can watch these creative people do what they do best, and I can do my best to contribute something important to the project.

Great, so let’s dig a little deeper into the story – has it been an easy path overall and if not, what were the challenges you’ve had to overcome?
Growing up in a divorced household was a significant part of my childhood – to watch a lot of people that I knew have both parents in the same home is something that really rocked me as a kid. I didn’t get over it for a very long time. I felt dragged into it unwillingly like I wanted them both there but it could never be that way again.

As someone who is biracial, I always struggle with other people’s perceptions of me. White people perceived me as only Hispanic, because of my last name. I’ve been uninvited to parties, people didn’t want their kids to be friends with me. My father wasn’t allowed in someone’s house because he’s Puerto Rican. And then, Hispanic people see me being raised by my Italian mother and that I don’t speak Spanish, and they say that she might look a certain way, but that’s a white girl. After all that’s happened, I am going to tell you who I am. I am going to say I’m this, or I’m that, you’re not gonna tell me.

Because my mother worked late into the night as a microbiologist, I spent the majority of my childhood and adolescence with my grandmother. I felt closer to her than anybody. I had no siblings, but I had my grandmother – I could talk to her about just about anything. She was always so happy and enthusiastic when I’d tell her things. When I made projects as a kid she always made me feel noticed and loved, and she always cared. She’d do anything to make me happy. It was just me and her, all day every day, and my grandmother loved me and she said that all the time. She passed away when I was twelve.

It was one of the first significant deaths I had experienced in my life. I had dogs that died, so I knew how that grief felt, but I had never lost someone that I was so significantly close with. You don’t get over it. It’s difficult to lose your main support system, someone who was there for you every day for twelve years – and then that person is suddenly never around again.

I was fifteen when I came out as gay. I was lucky enough to be in a more progressive town, where I was accepted by friends and teachers who helped me through that process. It was a very difficult struggle when it came to family. I had a hard time telling both of my parents, in fear of their reactions, and I was afraid of the rest of my family’s reaction. I told my dad, and he didn’t care at all and was very supportive. I had a hard time telling my mother, I guess because that side is a little more old fashioned, and I threw a lot of hints without saying anything. After I went to the gay pride parade in New York City, my mother asked me… and I just nodded. Though as I’ve gotten older, and my expression of myself got bolder, as my mother wanted me to keep quiet about it – I just am. She doesn’t want me to say anything not because she’s ashamed, or upset. She feels this way because she thinks others won’t treat me the same way; that I’ll be on some lesser level than someone who is straight. She doesn’t want other people’s opinions to make them miss out on the person that I am. Because of how strong of a woman my mother is, I feel comfortable in myself to know that I can be anything and do anything despite my sexuality, my race, or my gender. She gives me that willpower and confidence to just love myself.

Please tell us more about your work, what you are currently focused on and most proud of.
I’m a sound mixer/boom operator and I’m a director. I get the work done, I’m easy to work with, I respect people, and I’m real. When I find something that I love, that I’m good at, I really work hard and put my all into things. I love directing – it is definitely one of my passions. I try to be open about things and listen to people’s opinions while also keeping the balance of production. When I’m sound, I love to be on top of what the scene is, what the shot is, and I’m ready to go when they call for sound. I just want to make movies that help people escape reality, like what movies did for me as a kid.

What moment in your career do you look back most fondly on?
My proudest moment was being able to create my film “Blue Jay Hearts,” which is based on my relationship with my grandmother and dealing with her death. It was the first really big production that I was doing on my own without the supervision of teachers – I had full control of every aspect of that film. I casted somebody who reminded me of my grandmother. I built a relationship between that actress and the actress that played me. I recreated memories from a long time ago, and even the memory of when we needed to take her to the hospital. It was over a year ago now, and since then I have submitted that film to several festivals and it has won multiple awards in international screenings and is my greatest accomplishment so far. I am currently working on my thesis, which is also going to be really good. 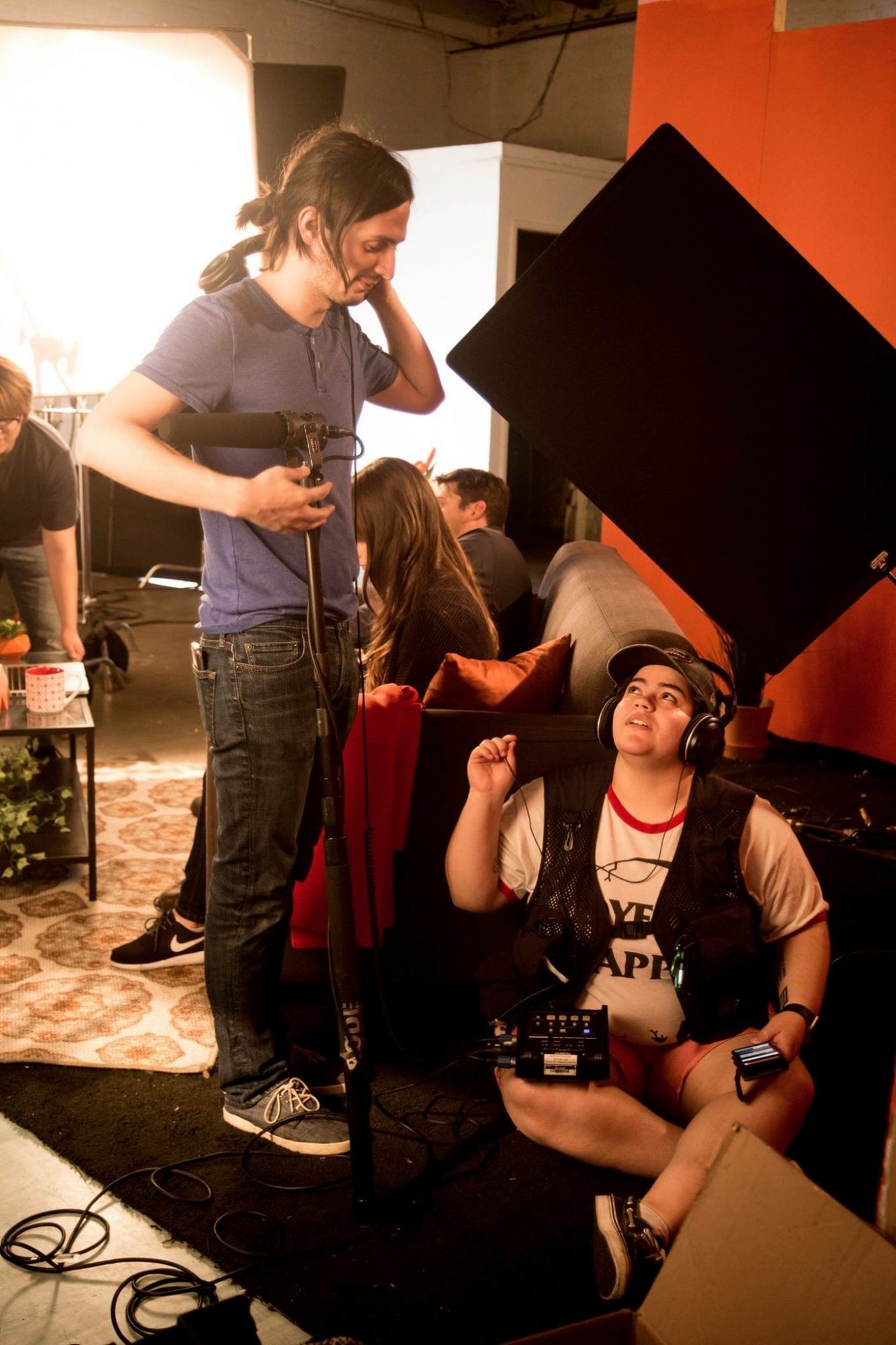 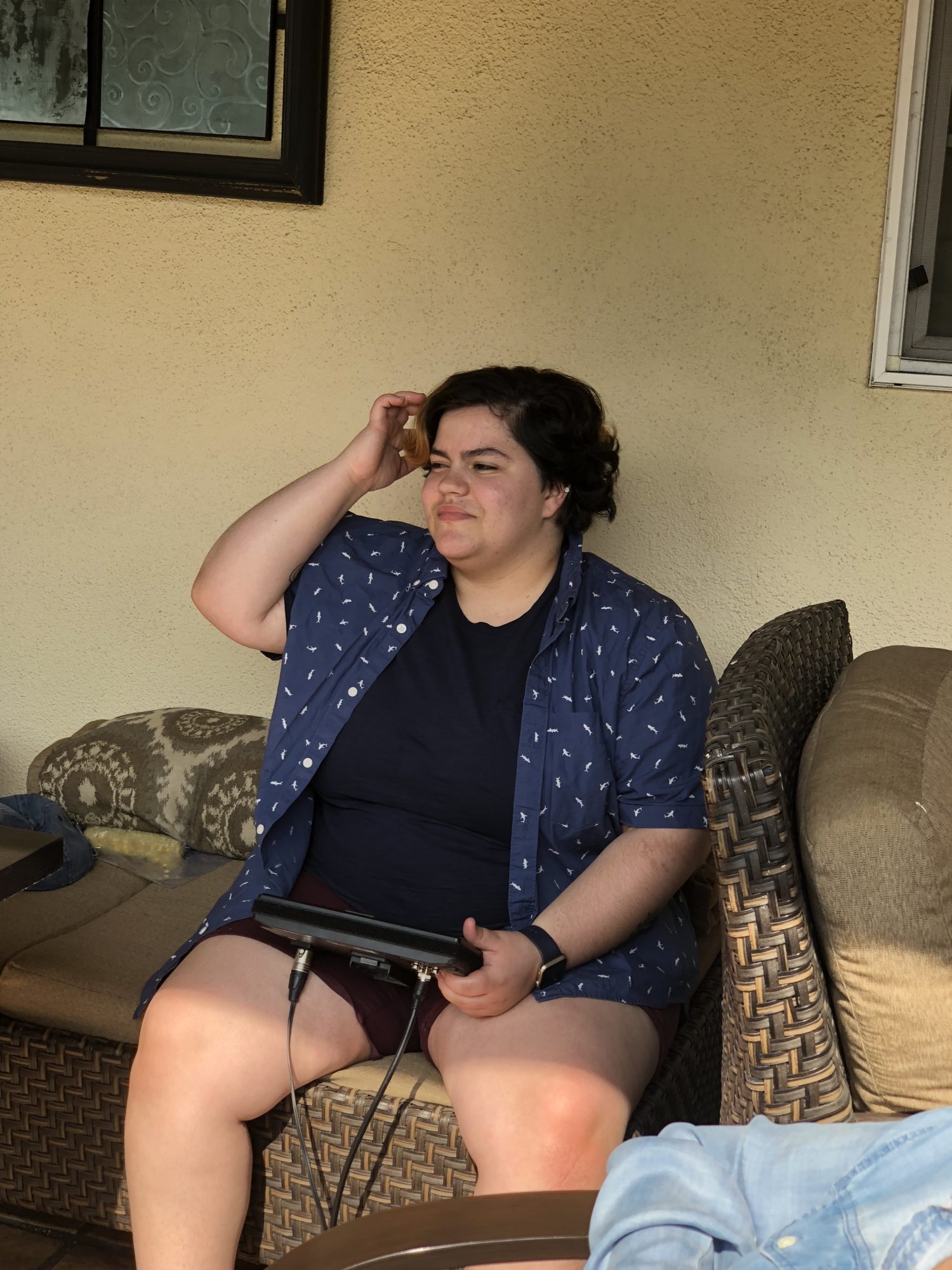 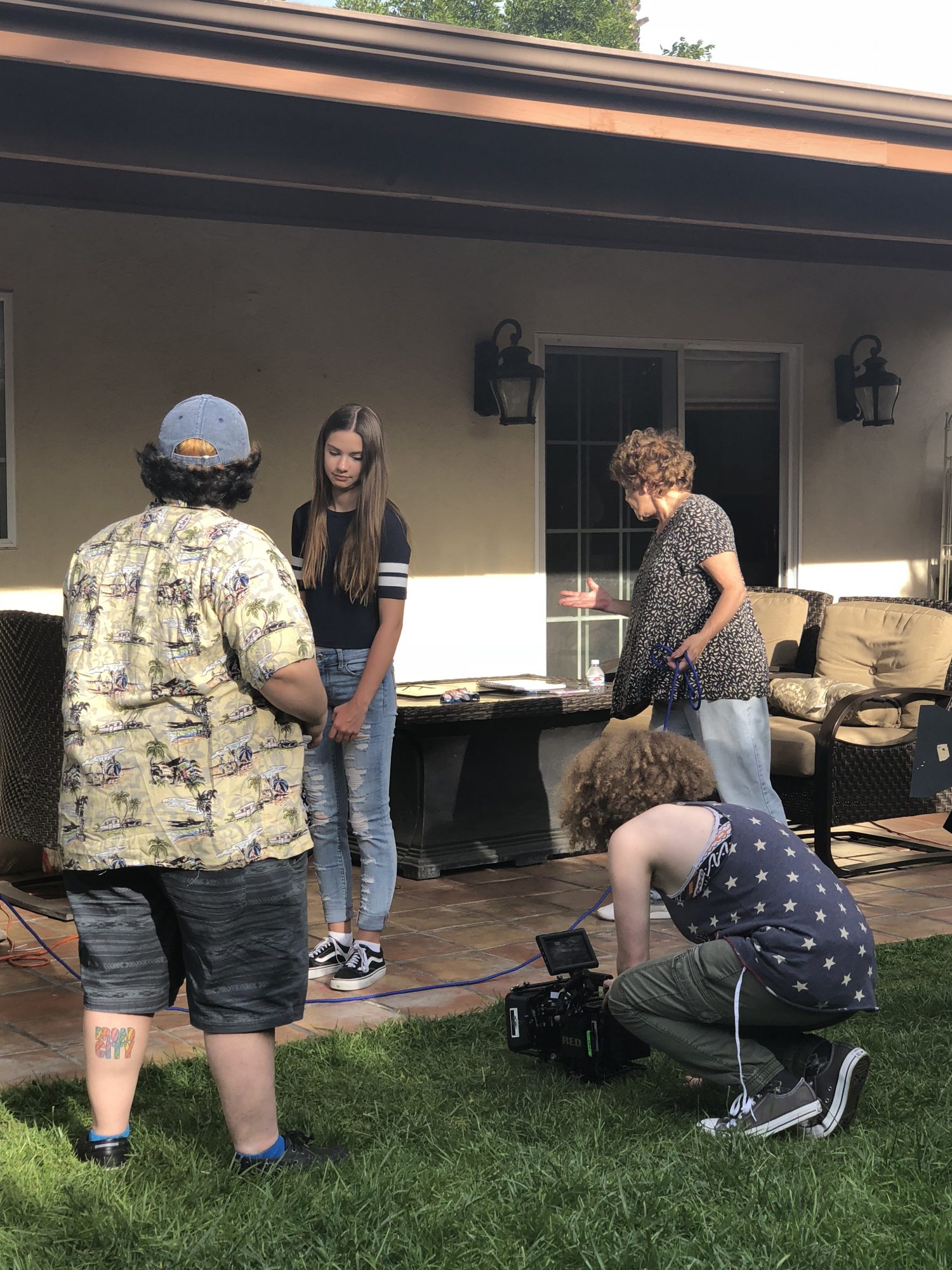 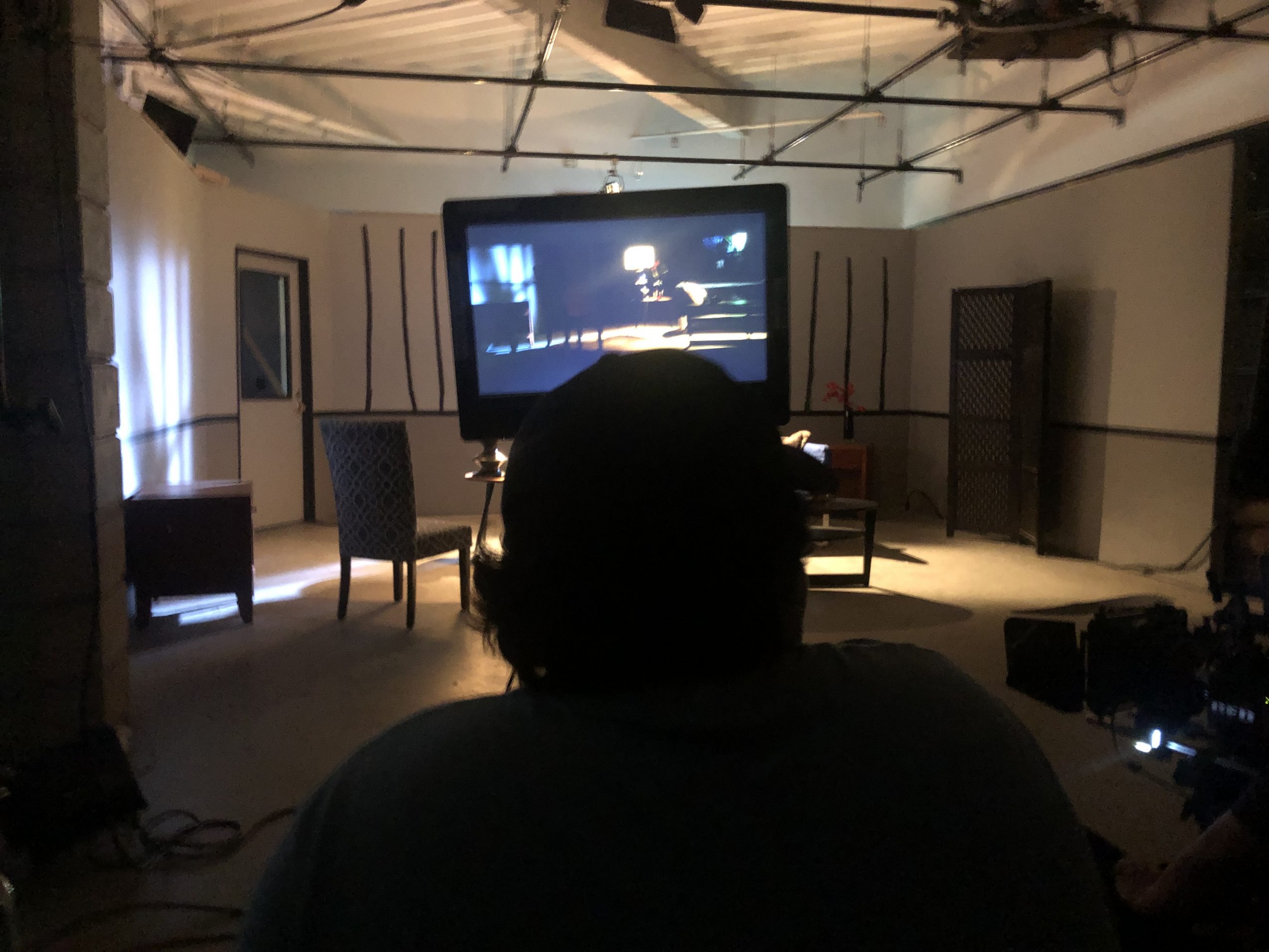 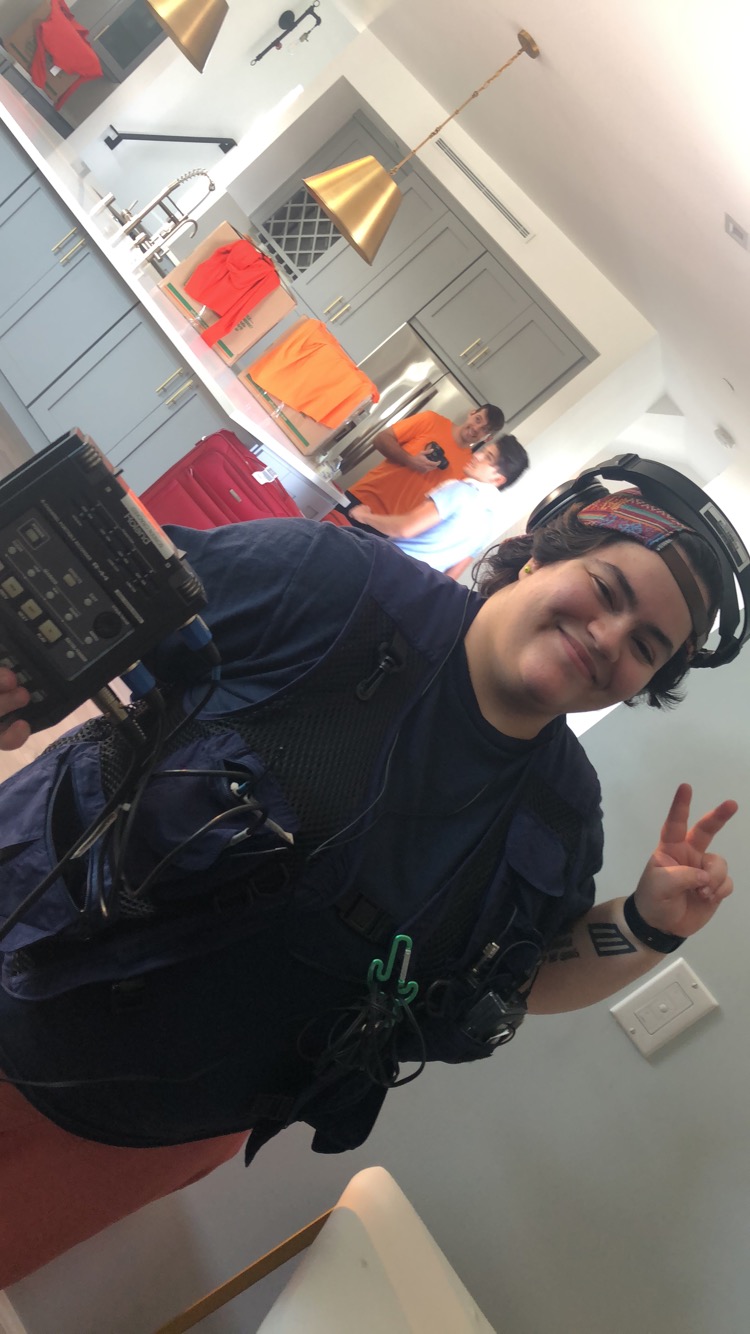 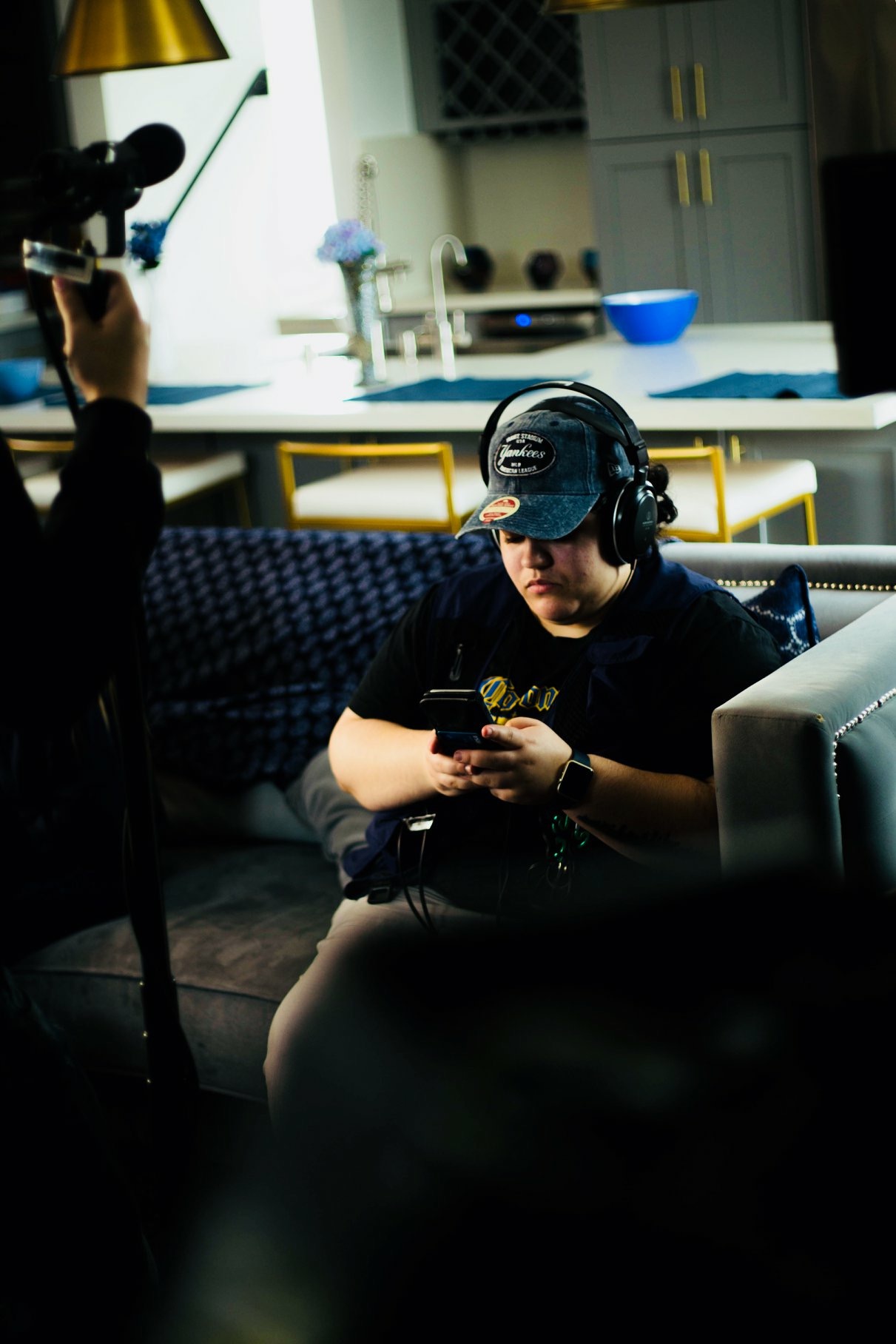 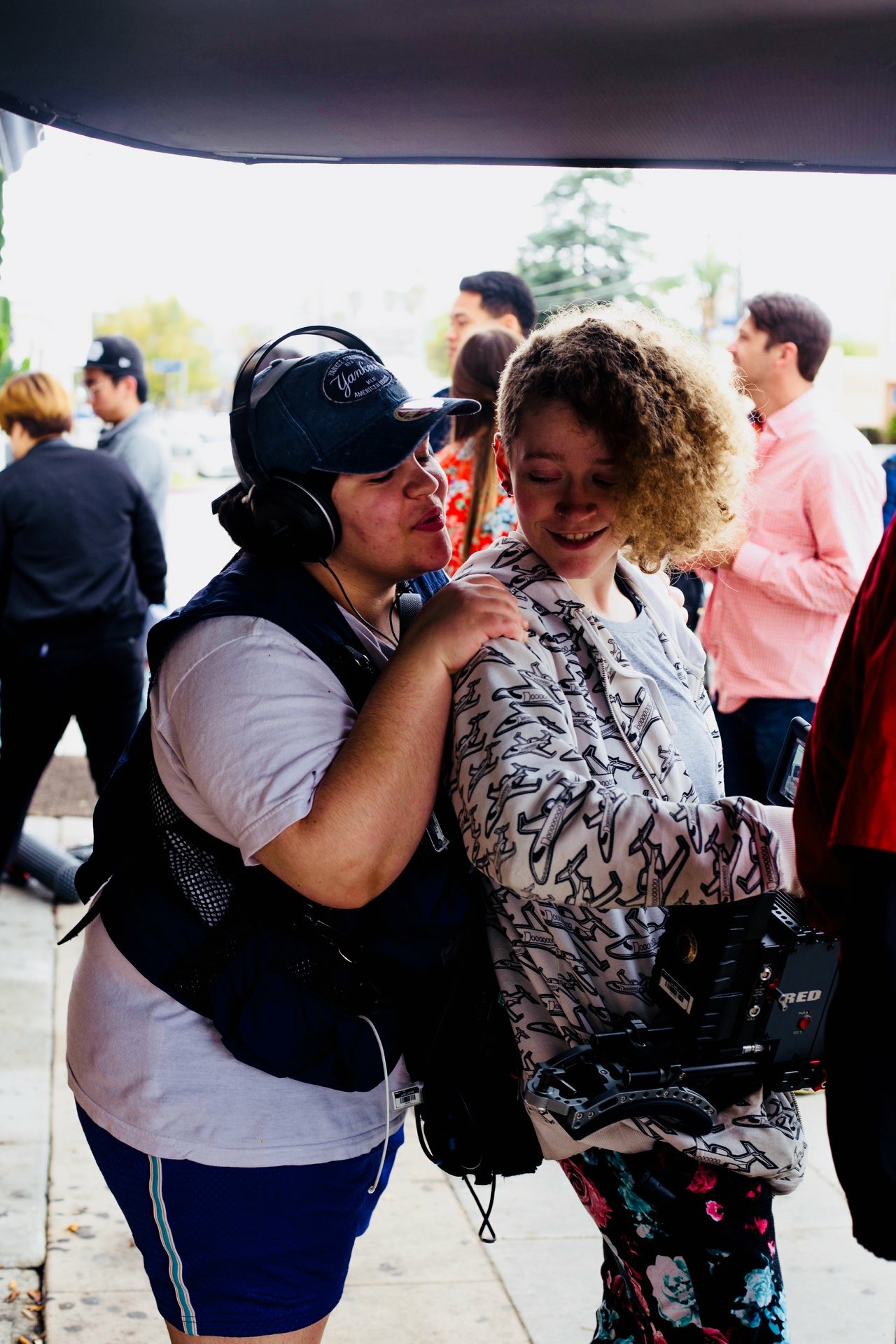