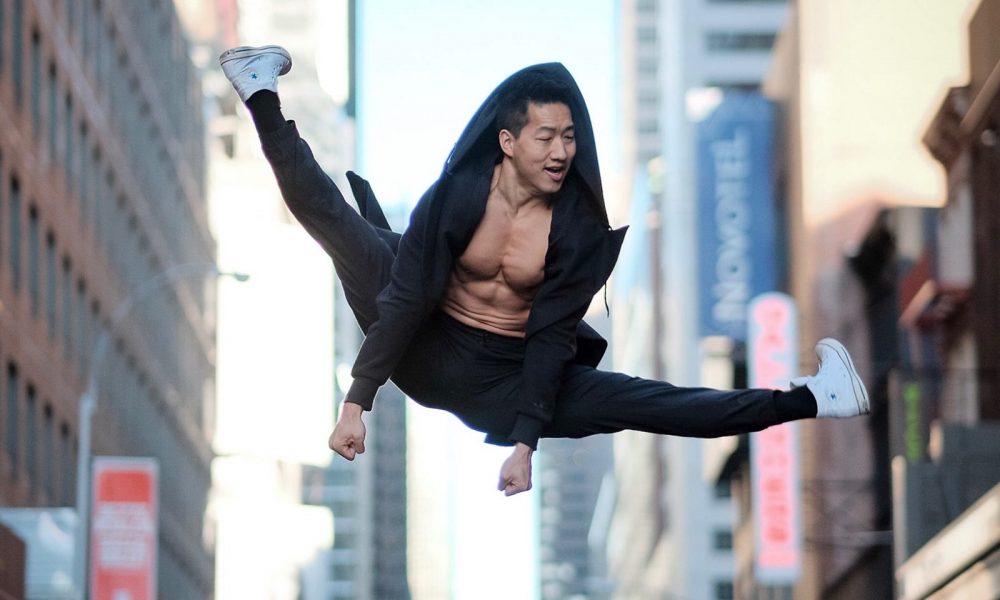 Today we’d like to introduce you to Alex Wong.

Alex, please share your story with us. How did you get to where you are today?
I used to always dance around as a kid, I would choreograph random dances and then bring my family into a room and turn off all the lights. I would hand my dad a flashlight and say “spotlight me” and then perform for them. I did this so often that eventually they asked me if I wanted to take dance classes and unfortunately the answer was always “no, dancing is only for girls”. Eventually, after a couple of years of them asking, they struck a deal with me. They would bring me to a local dance school show and if I still didn’t want to dance after that, they wouldn’t ask me anymore. I wanted to start immediately after.

I started with jazz and tap and eventually started ballet when I was ten. My teacher said if I wanted to get serious in dance I had to take ballet. I hated it, but eventually, after a few years, I grew to love it. I continued training in everything throughout my high school years but eventually, I decided I would work towards joining a ballet company. It didn’t seem realistic at the time to do tv/film or broadway as an Asian person. I just didn’t see any Asian people on tv so it just didn’t make sense.

In 2004 I participated in the international ballet competition Prix de Lausanne and became the first Canadian to win gold in the 32 year history of the competition which led me to a contract to join the American Ballet Theatre in NYC and then after about a year I joined Miami City Ballet. Five years later I left the company as a Principal dancer after to pursue FOX’s So You Think You Can Dance as a contestant.

I was a finalist on the show when I snapped my Achilles’ tendon and unfortunately had to withdraw from the series. However, my pieces performed on the show won Emmy awards that year and I am brought back as an All Star regularly.

After being a contestant on SYTYCD – I had my Broadway debut as the original cast of Disney’s “Newsies” and other shows such as “King and I”. Now I mostly do my dancing on film and TV! It can vary from dancing with Taylor Swift, Paula Abdul, to being in movies like The Greatest Showman, Ted 2 and tv shows like Unbreakable Kimmy Schmidt, Glee, whatever! Wow, that was long winded. Haha

We’re always bombarded by how great it is to pursue your passion, etc – but we’ve spoken with enough people to know that it’s not always easy. Overall, would you say things have been easy for you?
I guess it hasn’t been a smooth road, but I feel like it’s a smooth as it COULD be and I wouldn’t have it any other way. I’m grateful that I’ve never had trouble finding work which I think is usually the most difficult thing about pursuing a career in the performing arts. I did snap BOTH my Achilles tendons, so that’s not smooth, but I got surgery and they both healed very well (each took about a year) and now they feel just like they did before. So not smooth, but also smooth in a way…

Then there are the typical struggles of auditioning, and not getting it and never knowing why, and then just accepting that it’s part of the job and you just need to accept it. It’s often more based on your look if they happen to be looking for someone that looks sort of like you, or the mix of it.

We’d love to hear more about your work.
I mostly work on the commercial side of dance these days (tv/film). I’m most known from So You Think You Can Dance but also these days are often known for my social media antics (Instagram etc.). I do a lot of silly dance/fitness/comedy videos.

What were you like growing up?
I grew up in a really small city outside of Vancouver, Canada. I was the only Asian in my elementary school besides my brother. It was great. Our parents were awesome in making us feel special being Chinese and we never got teased for it. I felt cool, and no one ever really teased me for dancing (and if they did, I don’t remember! Ha!) I remember even performing dance solos at my school assembly. I’ve always been a silly, happy, goofy kid and I don’t think much as has changed… 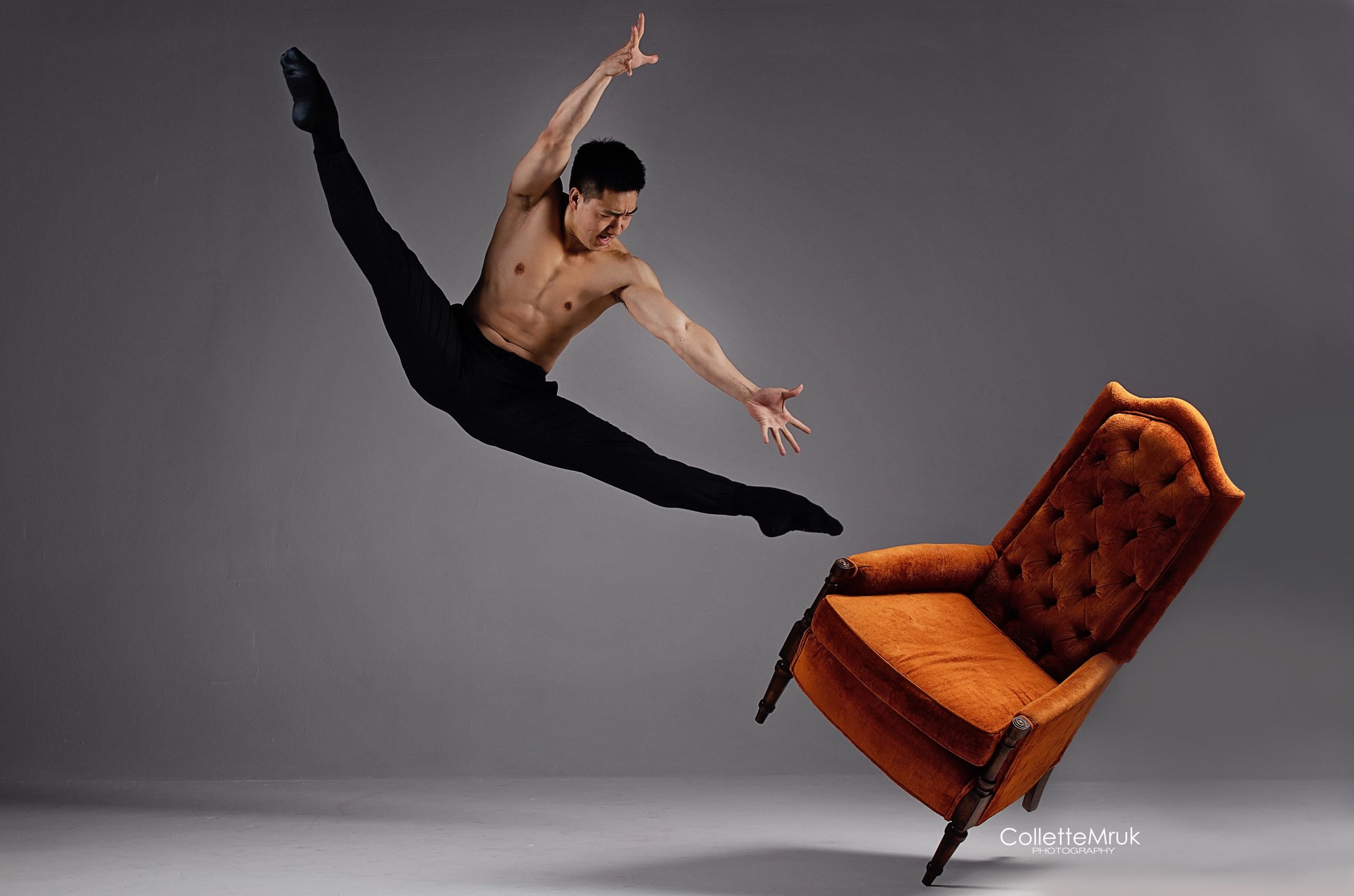 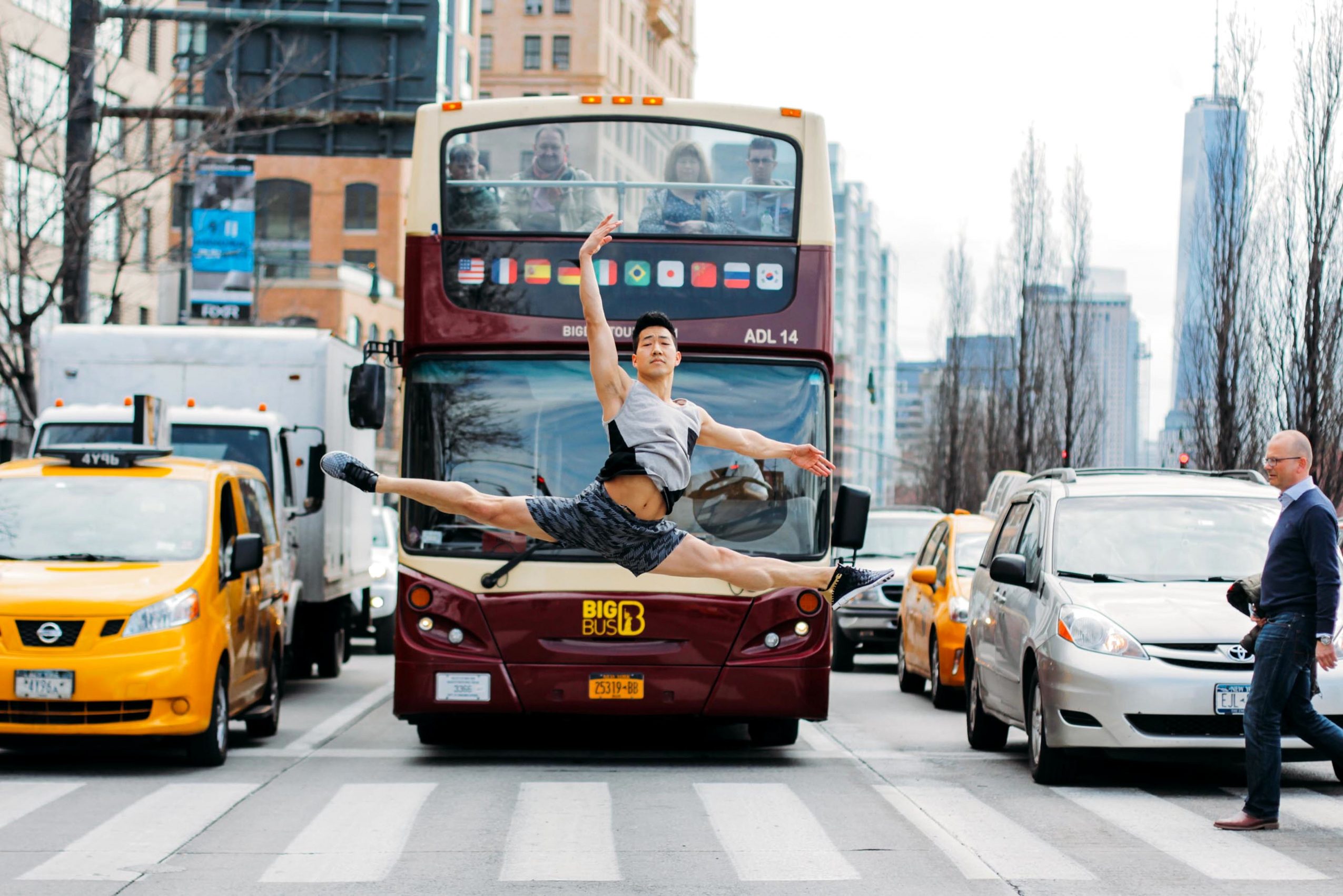 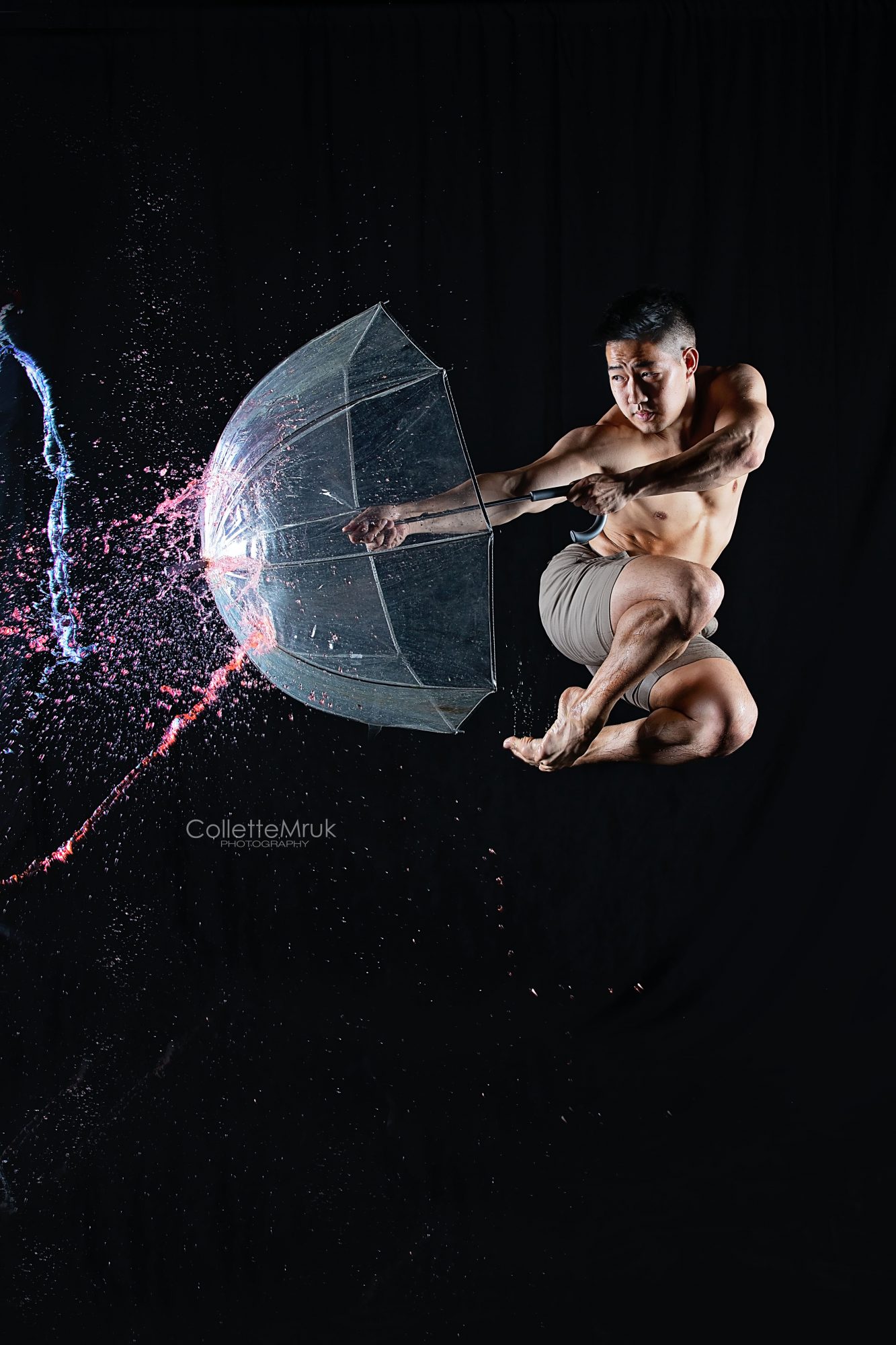 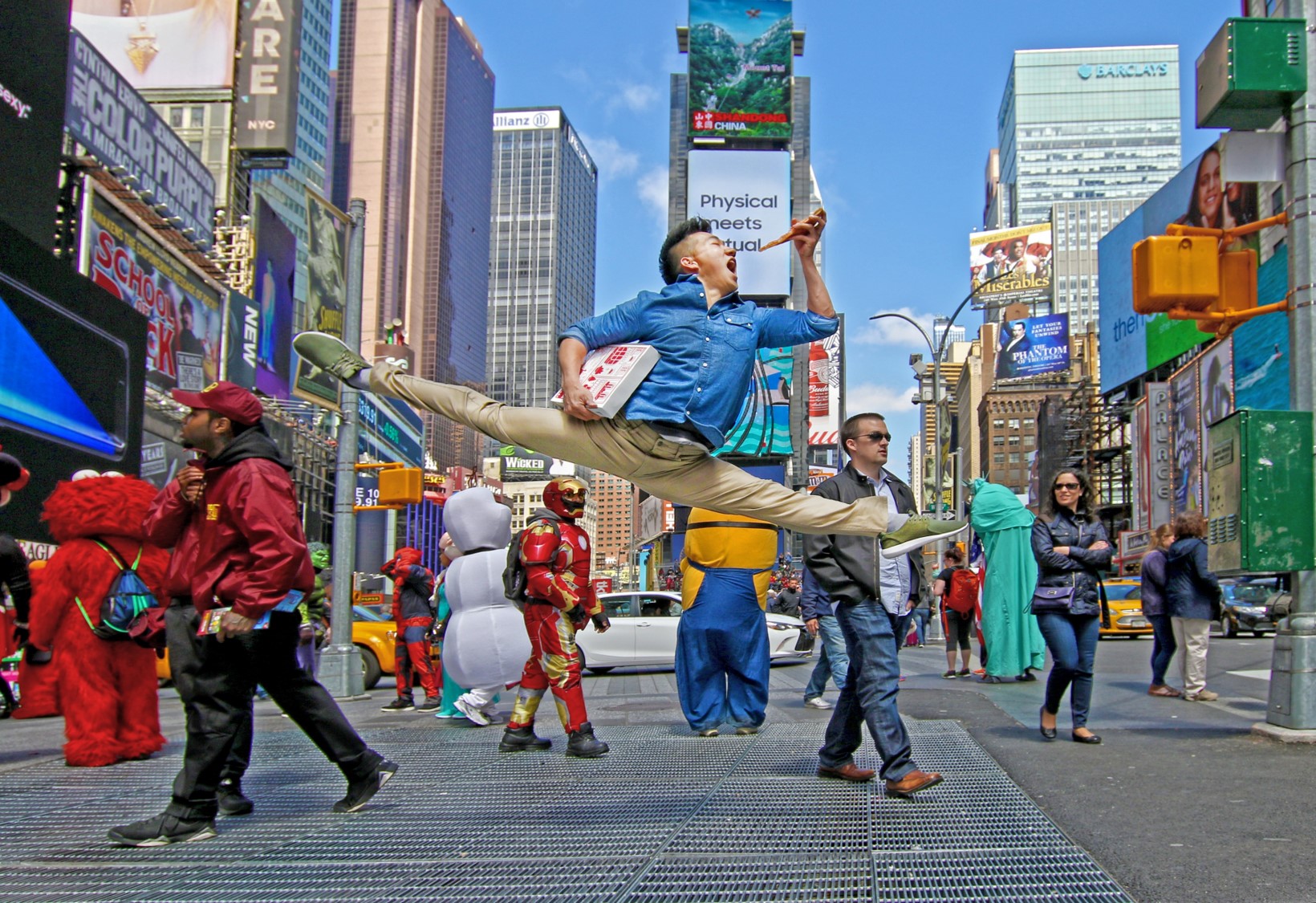